“Get your mind out of the gutter.”

This is a guide for the Corrosive Sludge Pump. It’ll go through the stats, prices, modifications, overclocks, and community builds.

If you have any suggestions as to what to add to further improve the guide please leave a comment below. Any changes that come through to the Sludge Pump overclocks, base stats, etc. I’ll be trying to keep this guide updated.

Base stats for the Sludge Pump, lots of sticky-icky versatility. 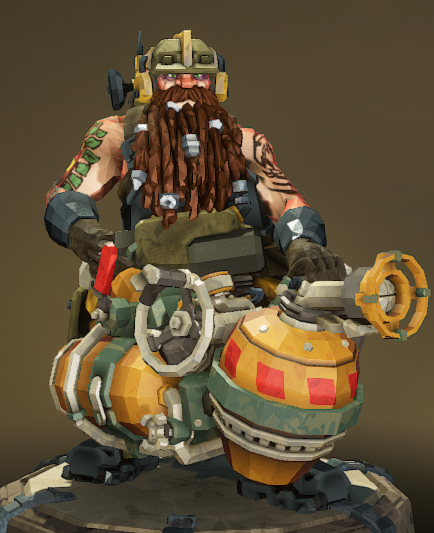 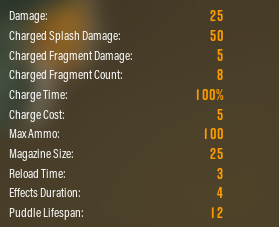 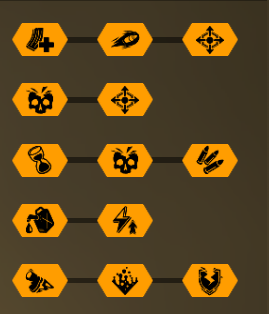 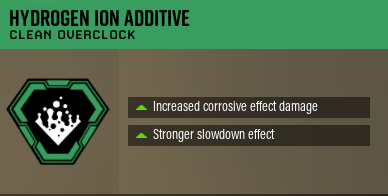 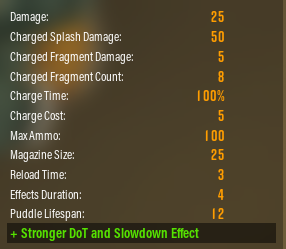 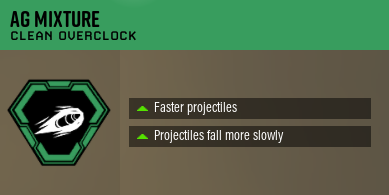 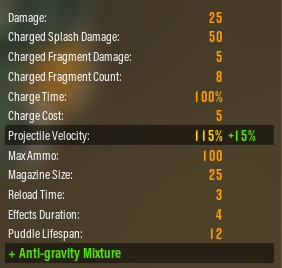 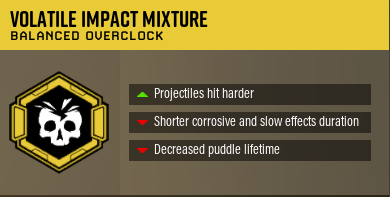 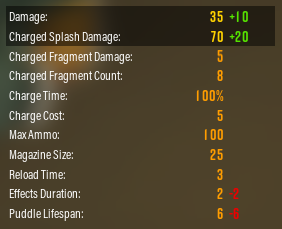 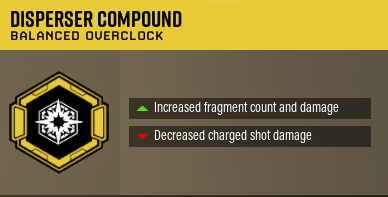 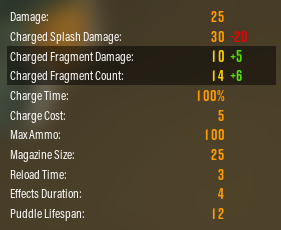 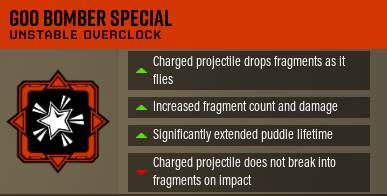 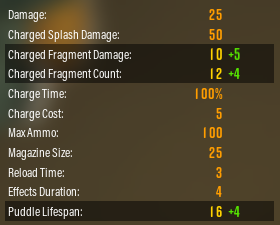 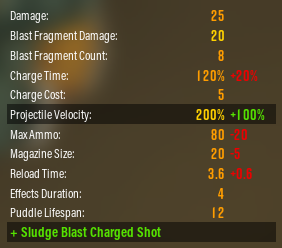 Once again, this is all about builds from the community and one build from myself as I thought it was fun. They’ll be in order of course. So if you have any builds you’d like to share drop them in the comments, and I’ll add as long as there’s room!

About this build: “High focus on the charged shots with all the DoT damage I can get and then I play around the puddles I put everywhere. It’s basic but that’s the build I liked the most personally.”

About this build: Ever wanted to take all the annoyance from goo bombers and reverse it to the enemies but also make it either extra slow, or give it extra damage? Then this build is for you. You can swap the T5 mod for extra slow down, or extra corrosive damage per sec depending on how you play. Lots of fun and as long as you aim up and line up those charged shots. 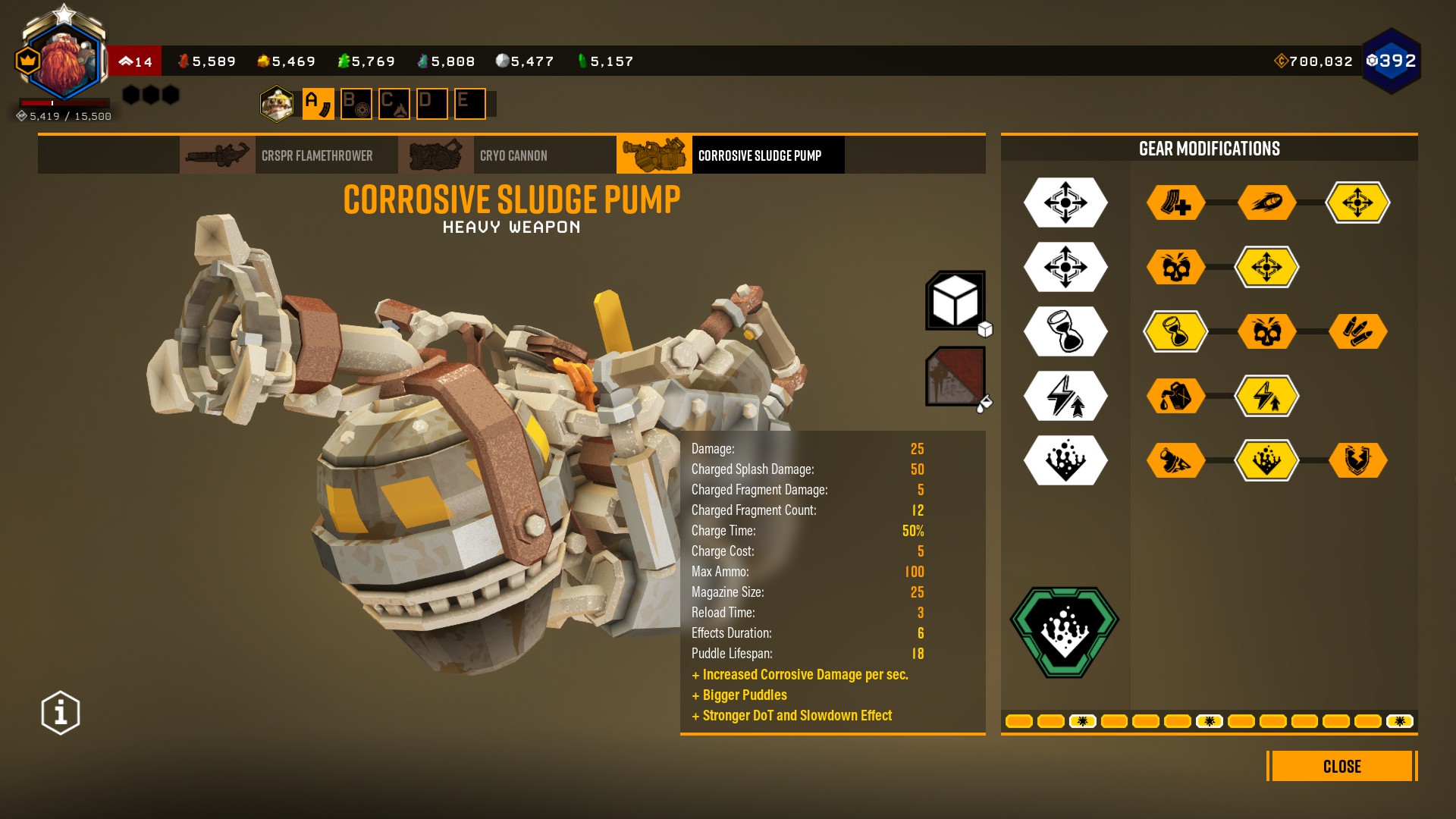 This marks the “end” of the guide. Any small details or anything else that pop up will be added. I think the new Corrosive Sludge Pump is a lot of fun with the builds you can pull off with it. It can go from insane damage, to lots of CC, or a balance!

Additional things to be aware of

TL;DR: The Corrosive Sludge Pump is really versatile and has plenty of options for the player to pick from. Even at its base, it’s super useful and super fun to use.

Also thanks to: Ser Pounce for helping test and get screenshots, Yaga for testing, “Our Lord and Savior Gabe Newell” from the DRG Discord for helping get the numbers for the T5 mods of the Sludge Pump, and GreyHound for getting more stat changes!

Here we come to an end for Deep Rock Galactic Corrosive Sludge Pump Build – Stats – Modification – Overclocks hope you enjoy it. If you think we forget something to include or we should make an update to the post let us know via comment, and we will fix it asap! Thanks and have a great day!