This guide is just a quick starting guide on how to start off the game and rank up. This isn’t an “in-depth” guide, just more of a “warm up”.

Please leave a rating if you enjoyed!

This section will help you determine the correct faction for yourself.

Both factions are inherently the same with some minor changes to vehicles, weapons and on a more minor note, communities. However at the structural level, they’re fundamentally the same. The minor differences there are are listed below.

When it comes to factions it comes down entirely to aesthetic choice. Both use the same mechanics and the same general way of play.

I encourage all readers to look into the game mechanics further! This is only a quick refresher guide!

Some example of some faction vehicles: 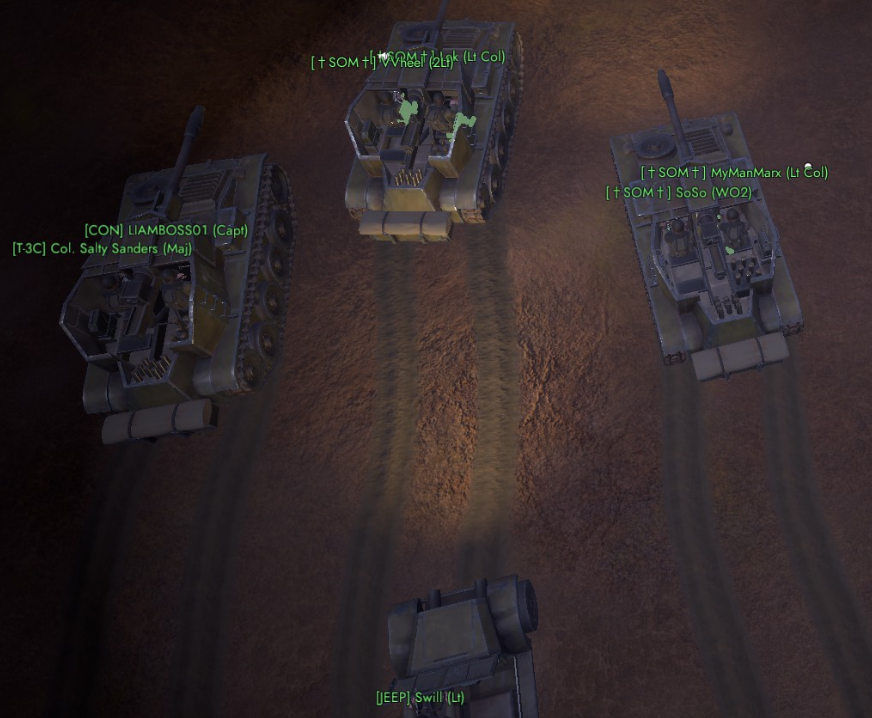 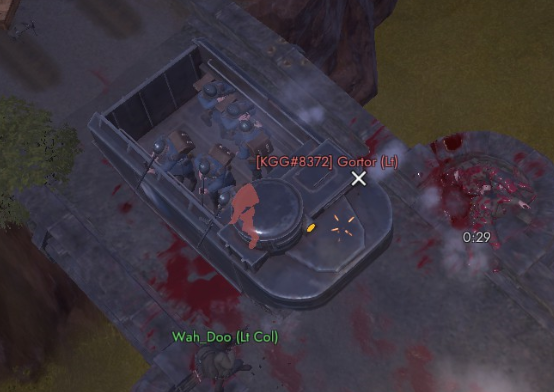 This section of the guide is dedicated to explaining how most battles are fought and we give the best advice possible on how to survive.

Infantry combat is usually extremely close quarters making good use of gas grenades and bayonets. Unlike most games, just because you have a machine gun does not mean that you’re any more likely to win a close quarters battle with a guy with a pistol! This game is dependant on positioning and “skill”, over the spray and pray tactics.

With most frontlines looking something like this, advancing is not preferable. It’s usually best to wait for a larger regiment to push and take the brunt of the enemies fire. It is worth saying however that most of the battles are decided by small groups of people doing extraordinary things in battle. Often times a small flanking tactic can make all the difference for a whole front. 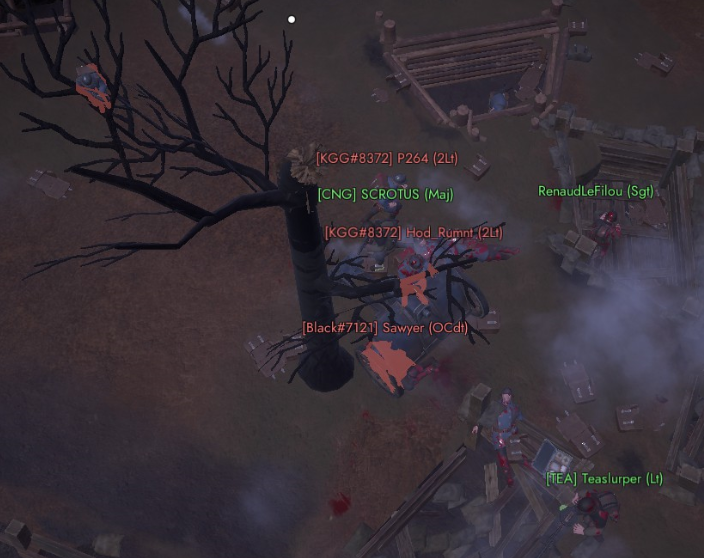 Blind-firing and quick but controlled bursts of machine gun battles or carefully times shots with a rifle will make all the difference. Running and gunning like call of duty will not work, advance when possible with vehicles and with a team that’s actively communicating. However, staying with the hivemind is also a valid tactic too.

Most of the time it will be the artillery of gas grenade that’ll get you. Sitting in a bunker will not provide you security. Front lines can move either extremely quickly and can move at lightning pace or it can become a slog and be completely bogged down, not moving for maybe a few days.

Vehicle combat is a team effort. One man cannot successfully crew a vehicle. It requires at minimum a pair and a recommended four people. This is as the actual combat crew is only a small part of the vehicle’s crew. It’s also highly recommended that a “spotter” and a “repairman” is employed to work with the tank. As the spotter can provide regular targets and can notify the vehicle or in this case a tank to take action that could save it.

It’s very important that you play conservatively when you play in any vehicle. It costs the team potentially hours worth of transport and manufacturing to produce, especially tanks. A good crew can make all the difference. The recommended makeup of any crew should be as follows:

Having more crew is always recommended but not needed. Normally this won’t be a problem as the only people you’ll see crewing tanks and other vehicles are mostly clan players who know how to operate the vehicle to a much higher degree. I would advise new players to stay away from any vehicles that are not trucks until they’ve learned more.

Most players will just deploy, then will grab a rifle or a machine gun from the bunker and run off into battle only to die. Now there’s nothing wrong with helping yourself to the stockpile, however sometimes it’s far more wise to scavenge a few weapons and use them instead of taking them from the bunker/base stockpile!

What does scavenging mean?

Scavenging is the act of leaving the base with only your pistol and hammer. Then picking up and using equipment found on dead bodies or on the ground.

It’s far better to scavenge as it saves the bunker supplies from being depleted and can save the logistics crews from a migraine. However the trick is knowing when the right time is for taking supplies out of the base, and when it’s a good idea to scavenge off the ground! I usually follow this simple rule, “If it’s more than 10 seconds of running to get to the base, don’t take one”. This is as the supplies can be more effectively used in emergency situations, but if they’re far from the base/bunker, there’s a good chance you’ll find dead bodies with loads of guns and grenades on them!

It’s always good practice to do this when possible, weapons and ammunition don’t grow on trees and do requires sometimes hours worth of effort from the logistics runners. 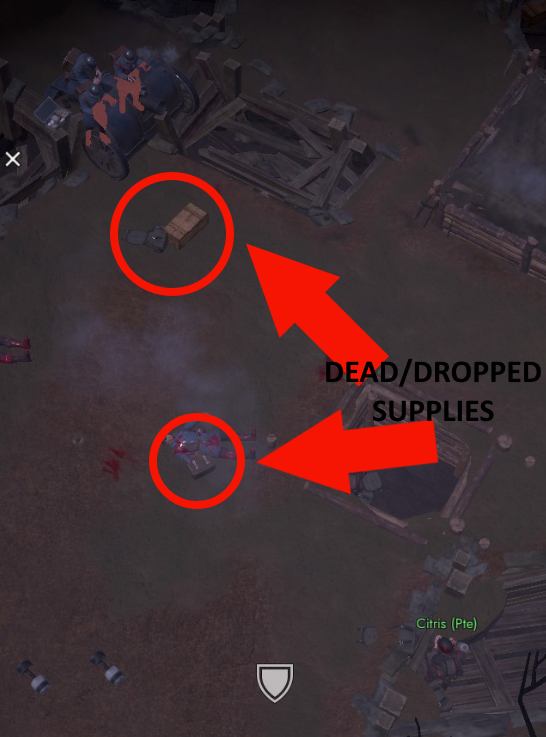 Ranks in the game are earned a slightly different way from most games. In most other games all you need to do is kill people and you’ll level up. However in this game the only way to rank up is to receive a “commendation” from another player. They can be a player of any rank however normally higher ranked people will have more to give out.

Ranks aren’t used for too much, mostly it’s used for things like marking the in-game map and regiments. However there are some cases of people actually trying to rank-pull (trying to order someone through the “authority” of their rank). In most cases ranks mean little more than experience although it’s always a good idea to respect your elders.

If you’re really lucky, you’ll experience “Warden weekend”! This is when the Warden team make a huge push using a-lot of their own resources consisting of up to 10 tanks and multiple other armoured vehicles. This usually leads to the colonials being pushed back heavily, at-least temporarily.

However within a few days, usually the colonials are able to restore order and push them back without too much fuss. However for a few days the entire map will change and the front line will become extremely erratic and can change quickly. 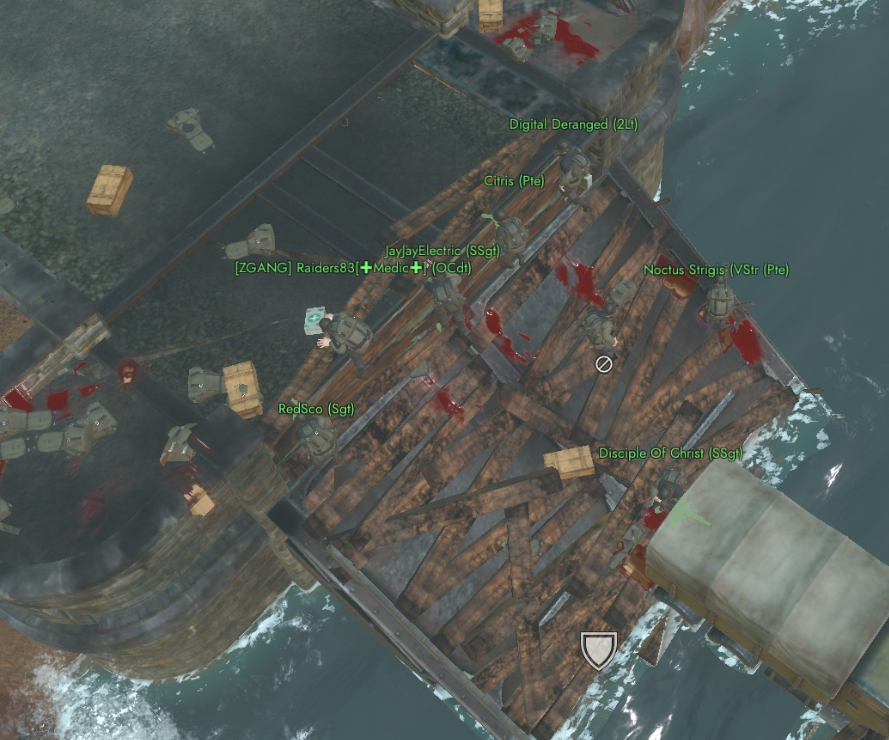 Thank you so much for reading!

This is still a work in progress and I plan to add way more to it. But I’ll be working on it in chunks and will be updating it regularly. If you have any recommendations please drop them in the comments below and don’t forget to leave a rating if you enjoyed!

Here we come to an end for Foxhole Getting started! hope you enjoy it. If you think we forget something to include or we should make an update to the post let us know via comment, and we will fix it asap! Thanks and have a great day!