Getting tired of constantly having to deal with derplings and other time-wasting mobs on your morning commute to A DIFFERENT BIOME? You’ve come to the right place, because it’s time to send that biome back to where it belongs – the underground, where you can experience the jungle biome when you actually want to. Unlike clearing the corruption/crimson, this isn’t just a “OKAY YOU GOTTA DO IT IN ONE SITTING OR ELSE YOU’RE PROGRESS WILL BE UNDONE” kinda situation. Just clear out a large chunk of a biome as you please! And a guaranteed no disgusting explosions in the first place 😀

First of all, you’ll need to be in hardmode. Don’t worry, the jungle gets a lot worse in hardmode so remember this guide while you progress normally through the game if you’re not in hardmode.

Okay beaten a boss? Cool if you already did you’d have the Dryad, an npc that sells seeds and stopping the corruption/crimson related stuff.

Find an underground mushroom biome in the under ground. They look like underground plains with blue gra*s, mushroom trees, and more blue stuff. 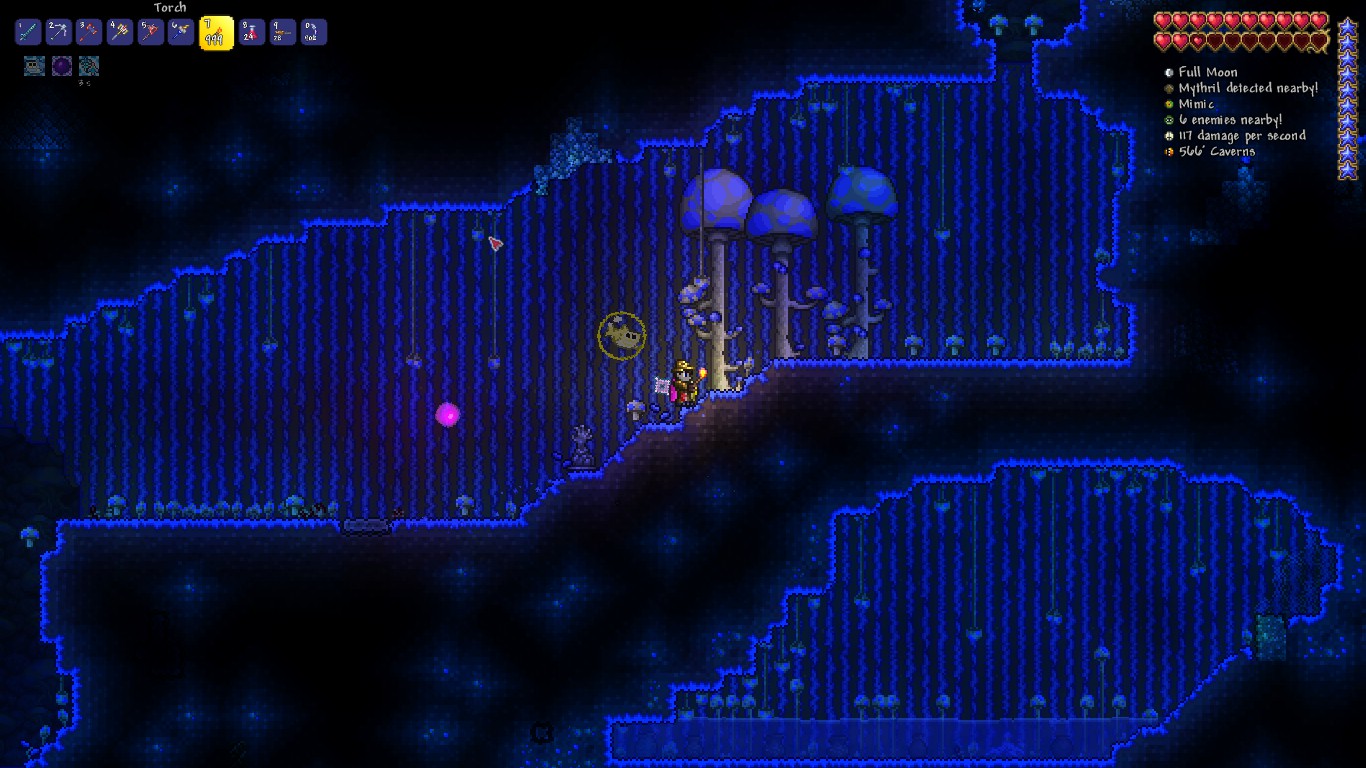 Why am I focusing on blue mushroom gra*s seeds you ask?

We’re not gonna blow up the jungle biome.

We’re gonna turn it into a mushroom biome.

Moving in a Truffle

That’s right, this guide just turned into an achievement guide… for two achievements.

We’re going need to get a truffle to move in, but to that you need to have a house in a mushroom biome… above ground. Those rarely spawn in the average terraria world, it might be true they don’t spawn naturally at all, so we need to create one ourselves.

Mine about 120 blocks of mud and create a 2×50 platform of just mud in the sky, if you want you can spend the remaining blocks on a house like I found myself doing out of l a z i n e s s.

Remember the mushroom gra*s seeds from earlier? Plant them a couple blocks apart and let them spread for a little while. Go over and move your dryad back to where they were before so you don’t have to visit an underground mushroom biome every time you want to attempt to clear all of the corruption with like 3 purification powder (spend your money on planter boxes for an arena instead of that)

Add a door, walls, and other necessities to your house to make it valid for an npc to move in. You should get the “Funkytown” achievement once your sky platform has become a certified mushroom biome. 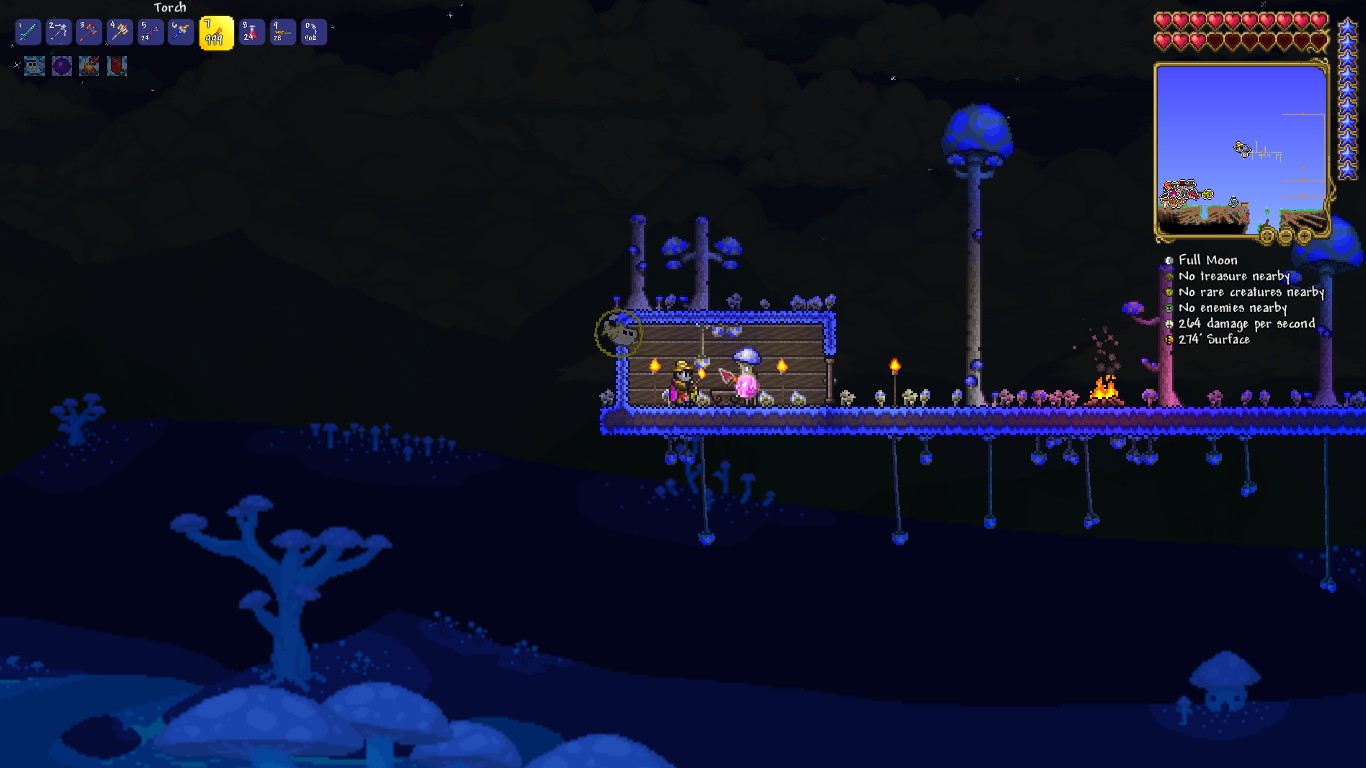 Soon, a truffle will move in. Besides other useful items, the truffle also sells the dark blue solution, which is what we want. Once a truffle moves in, you’ll get the “It can talk?!” achievement.

Defeat one mechanical boss. Preferably the destroyer. See this video for a great guide by a great youtuber named WaffleTime: 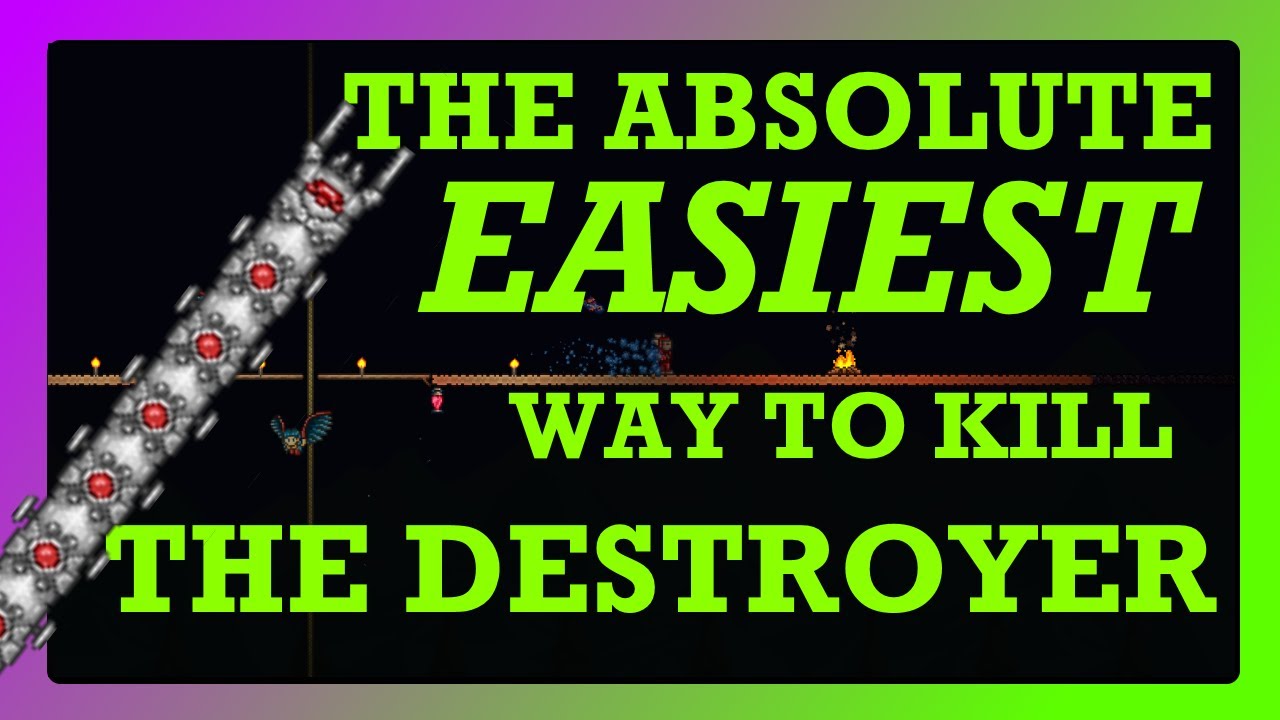 Bonus: that price goes even lower if they’re near the cyborg, the steampunker likes the cyborg. The cyborg is only unlocked after beating Plantera though.

Buy 20 dark blue solution, depending on your world size or how up of the jungle you want to change.

Make sure to make the most of your solution by spraying horizontally if you only want to change the surface, kinda like this but I’m too lazy to buy solution for this screenshot so imagine I’m spraying with the clentaminator lol. 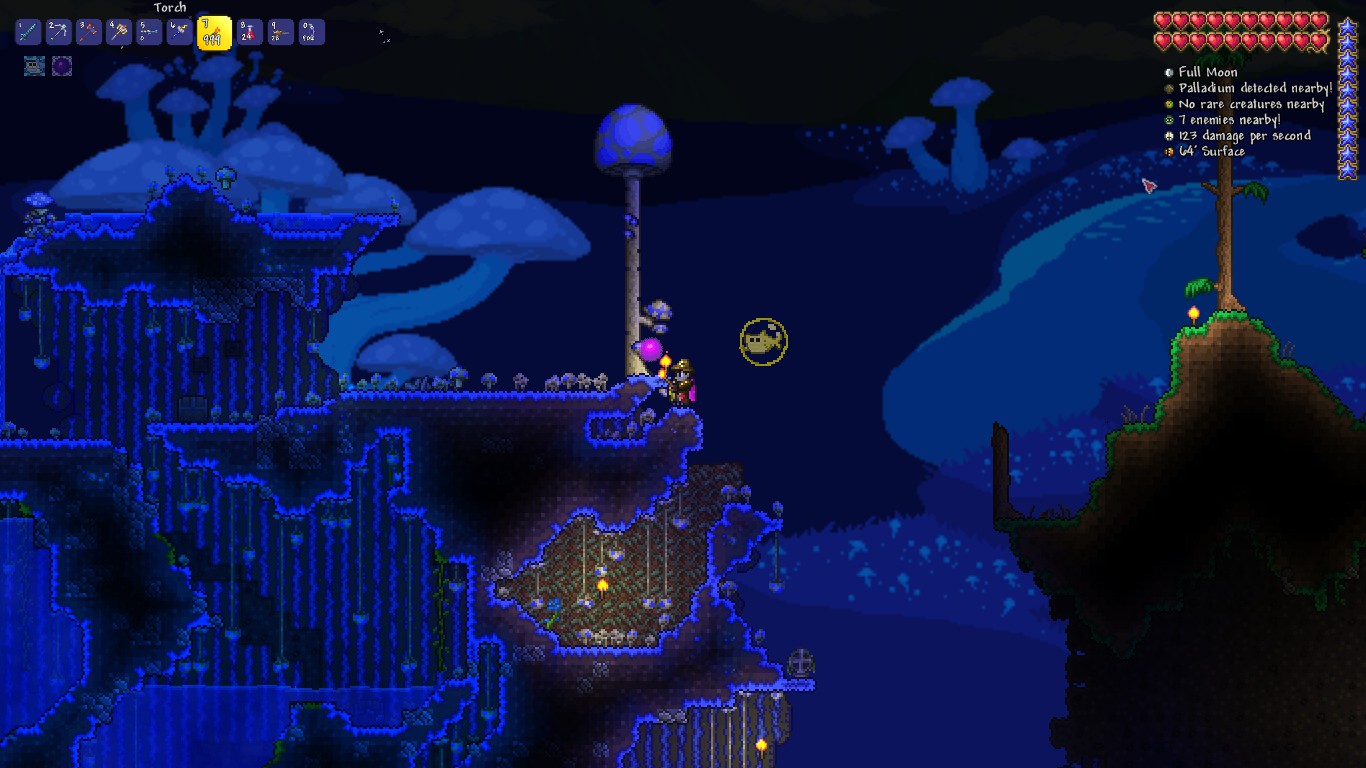 Keep spraying until the last of your jungle is sealed underground 😀

Now the only enemies you have to deal with are just retextured zombies and everyday easy mobs!

Thanks for reading my guide 😀

Here we come to an end for Terraria How to get rid of the surface jungle biome! hope you enjoy it. If you think we forget something to include or we should make an update to the post let us know via comment, and we will fix it asap! Thanks and have a great day!