Right, so the big elephant in the room, how does it run? Well,compared to Warhammer II I noticed that it runs worse which is expected since that game had time to optimize and the fact that the game is almost 5 years old (Man). First impressions, it looks great, lighting looks fantastic, it seems a few issues prevalent in Warhammer II’s lighting, especially in snow maps, seems to have been made a lot better, grass, trees and overall textures are also sharper and bolder.

This is my opinion, when I bring a setting down, I bring it with full knowledge that the game might not look perfect, but most of the time you’re looking at a birds eye point of view anyways so.


P.s , all of my testing was done on the battle benchmark.

On high settings, I was getting 61FPS which isn’t all that bad to be honest, but we can make it a lot better. 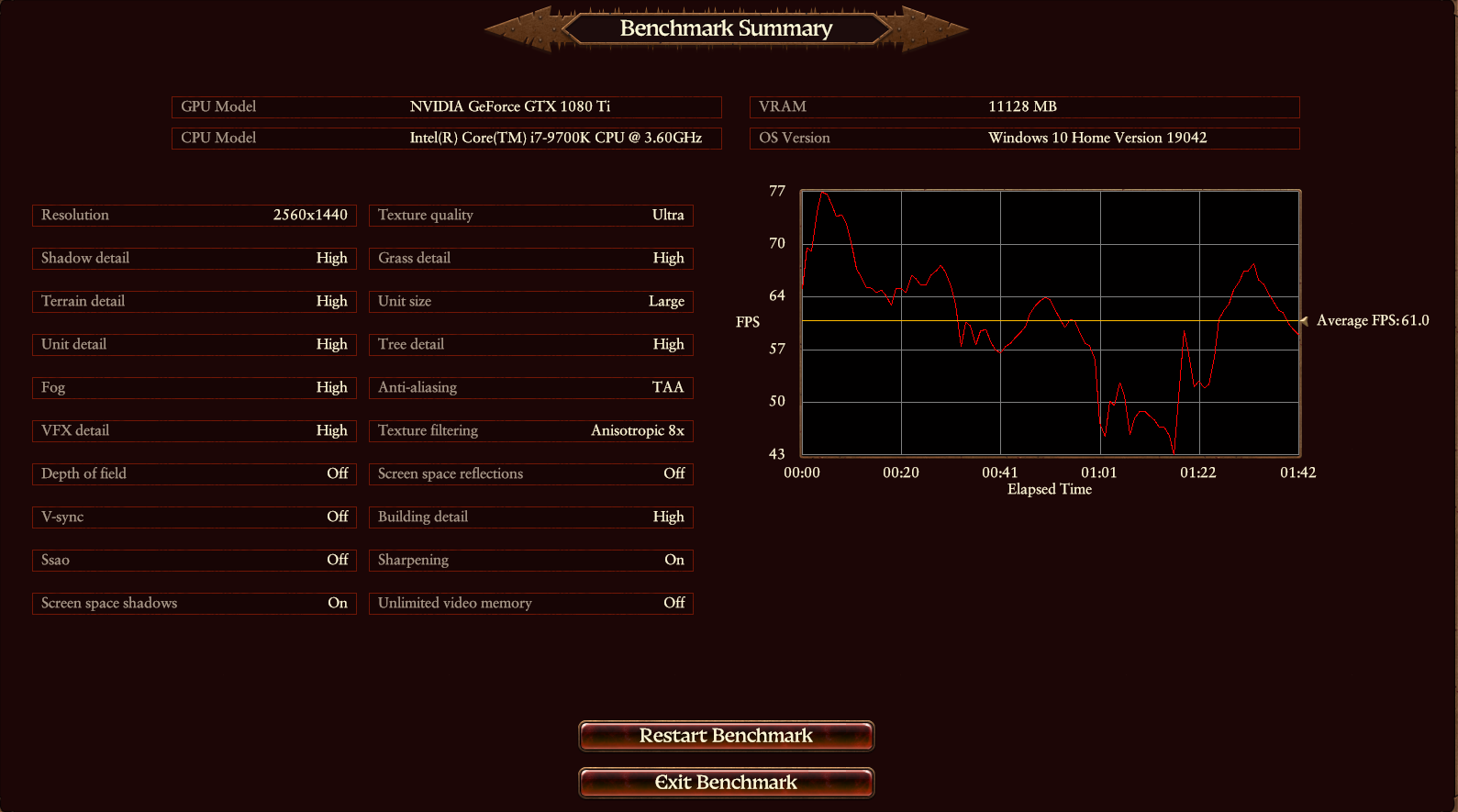 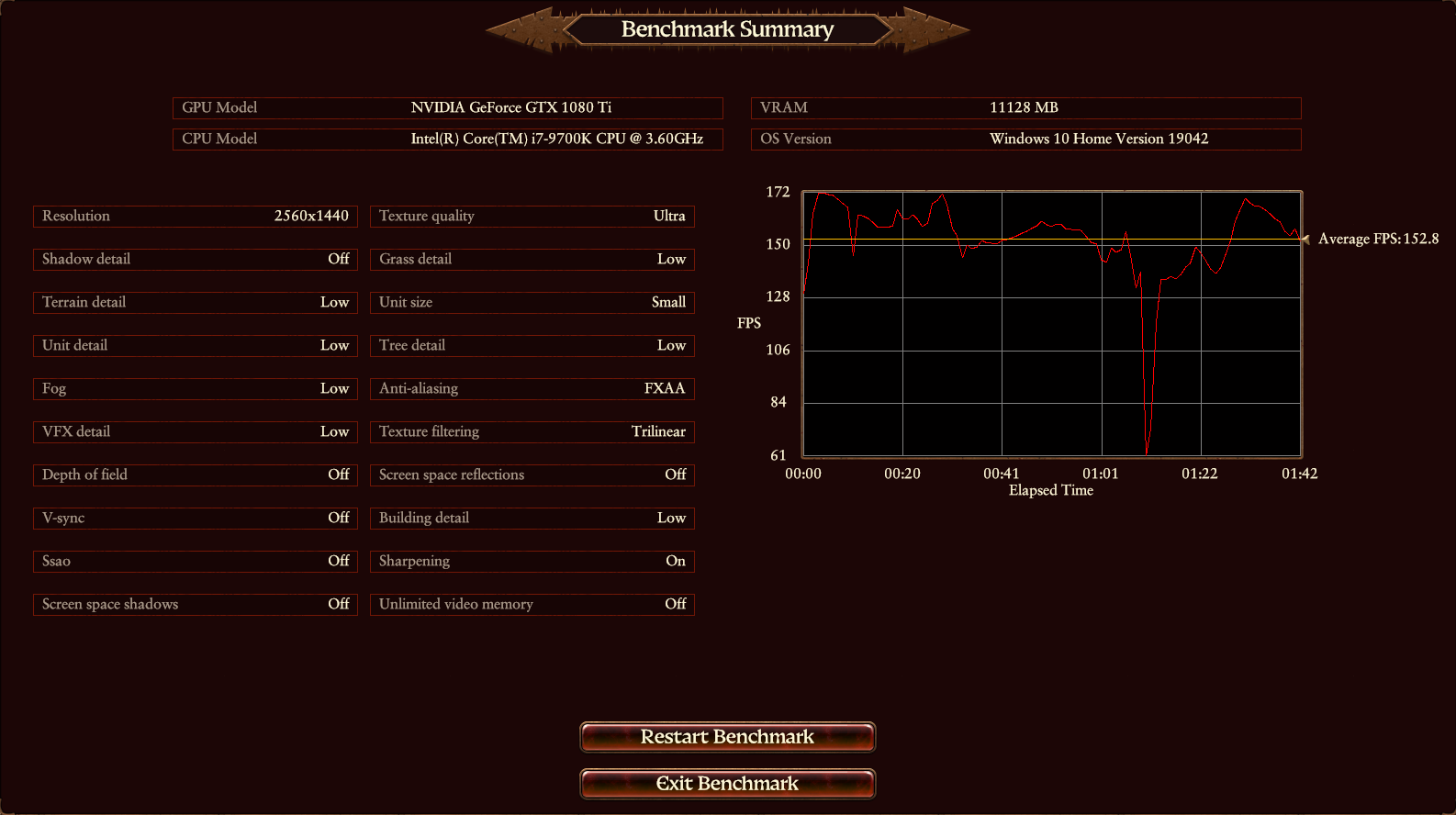 Bringing shadows to medium (3FPS more) and the AA from TAA to FXAA netted me a whopping 12.7 FPS increase with (Again, in my opinion), minimal change to the look of the game that justifies almost 13FPS. 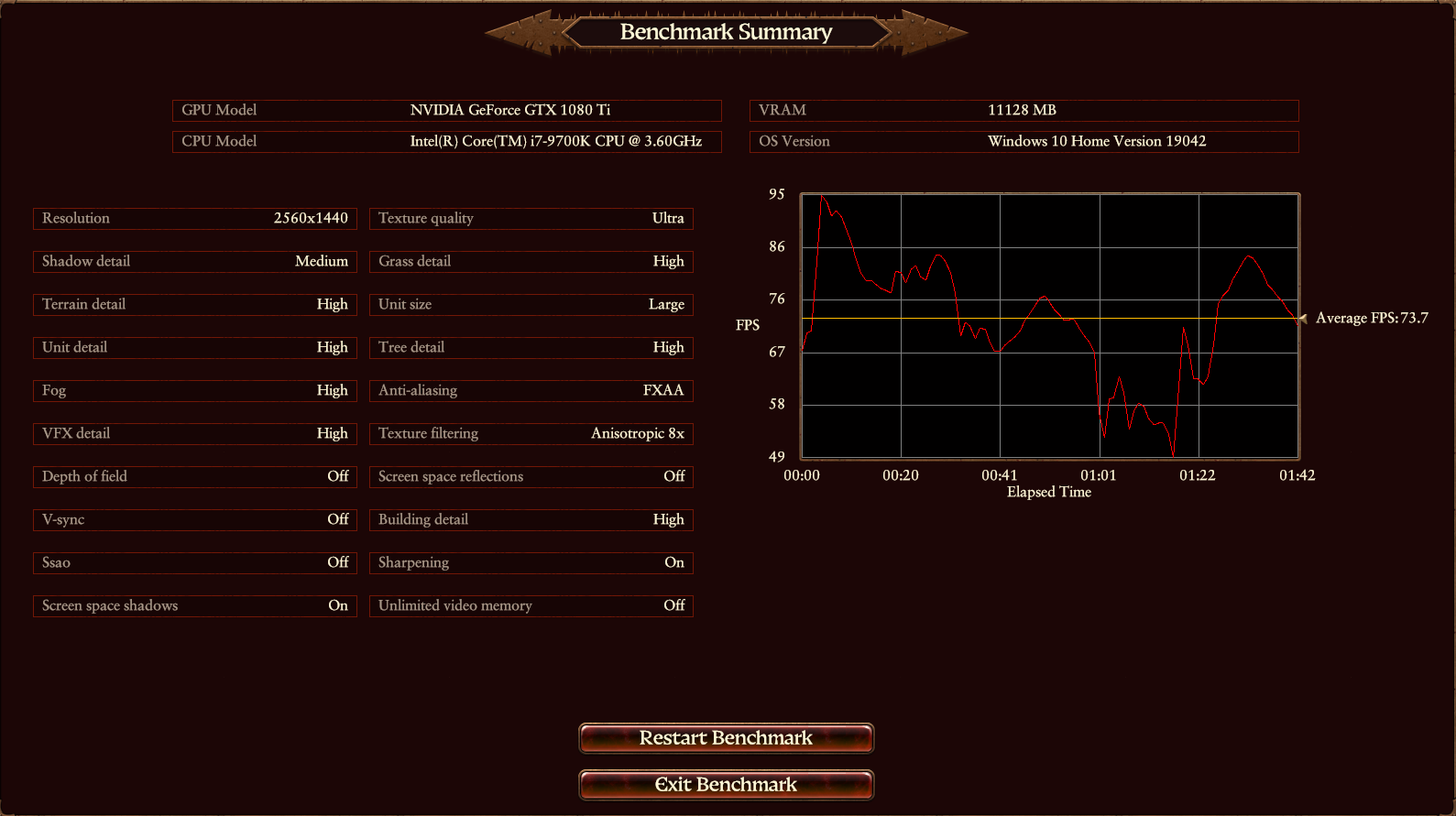 Bringing this up to 16x makes minimal difference to your FPS, less than 1FPS lost. 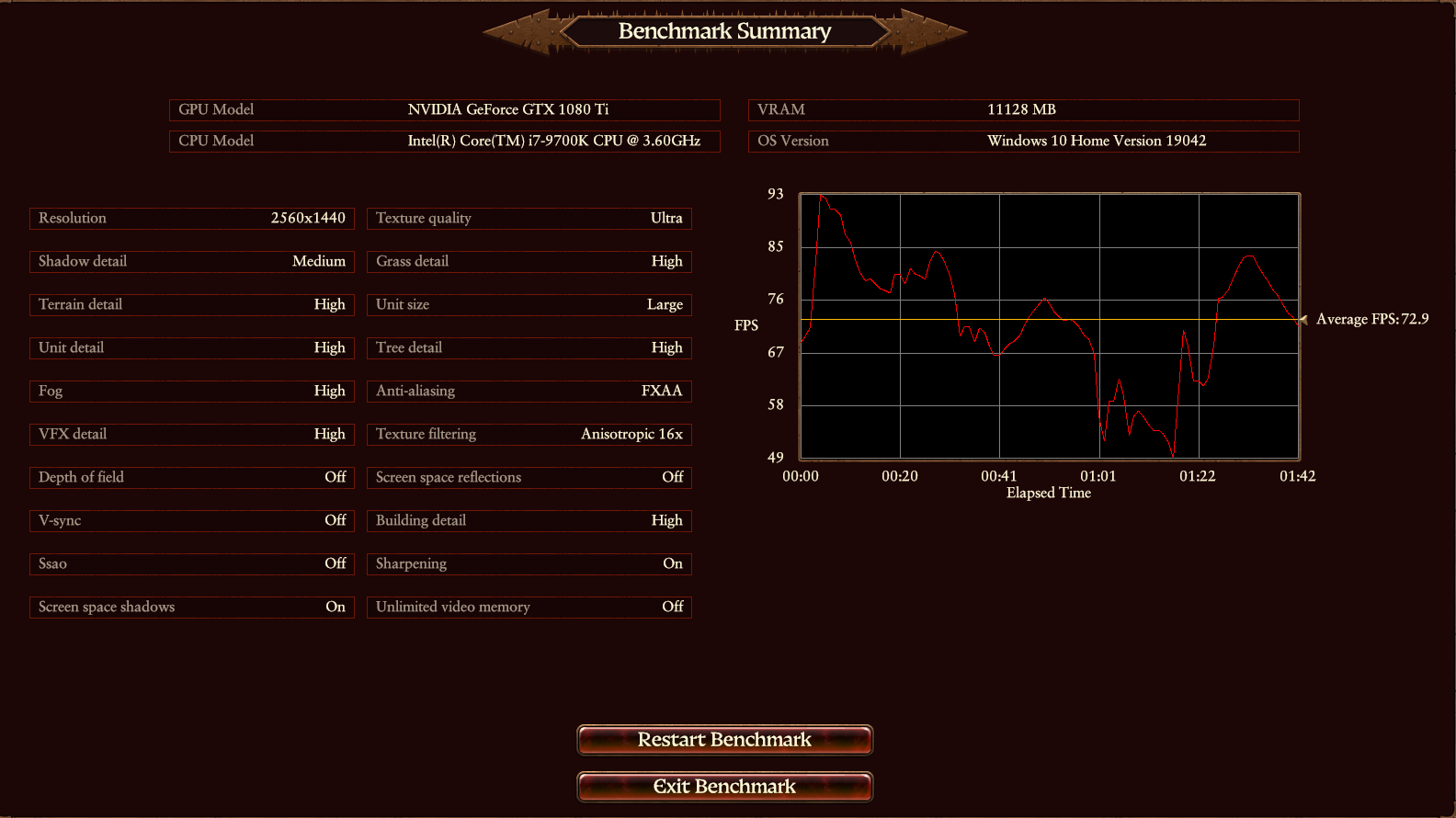 5.6 FPS gained when turning these off, sharpening is a personal choice of mine, sometimes it looks alright but I prefer less. 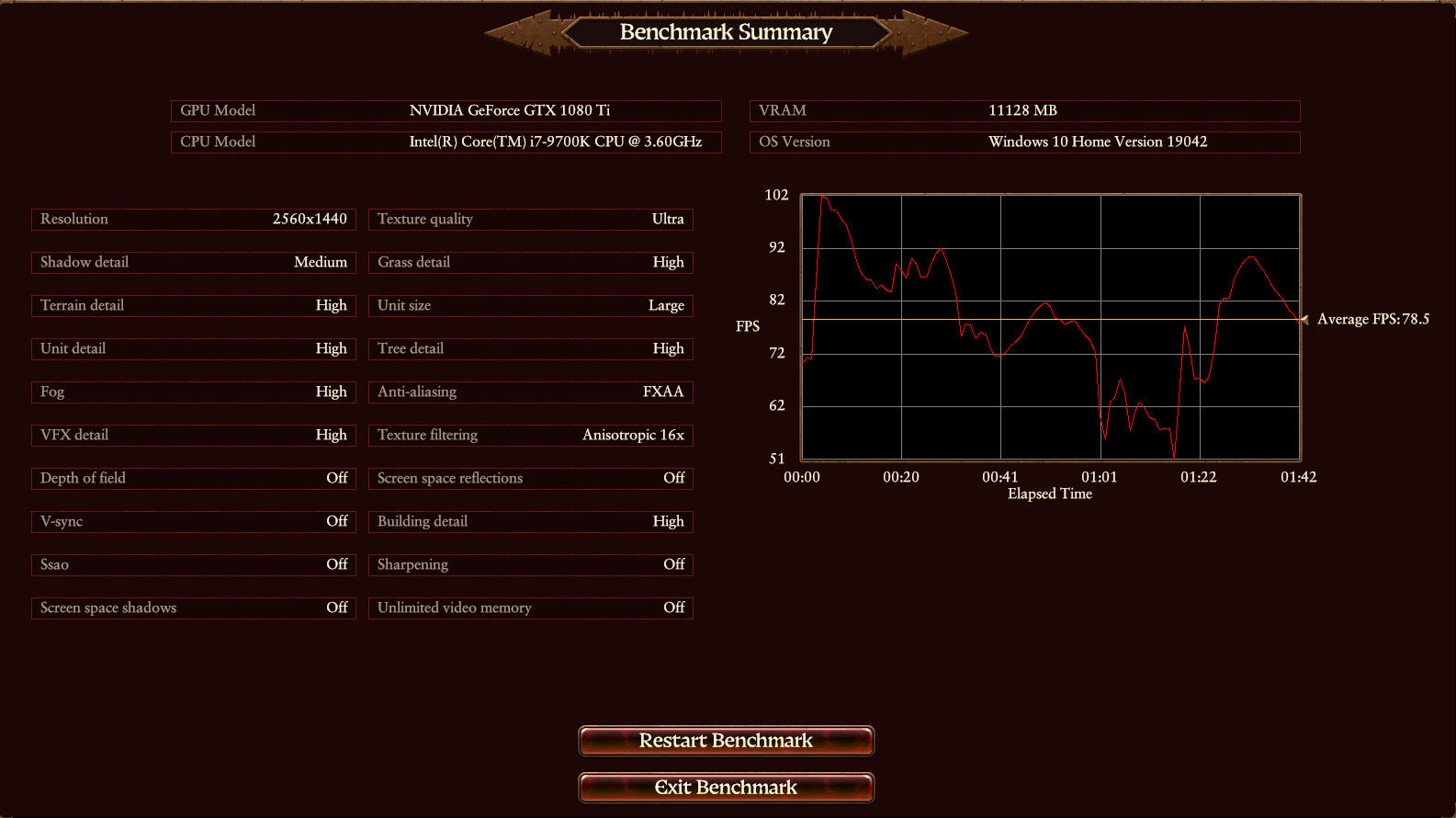 Turning on SSAO loses you 8FPS, sure it can make the foliage and grass beautiful but again, up to you. 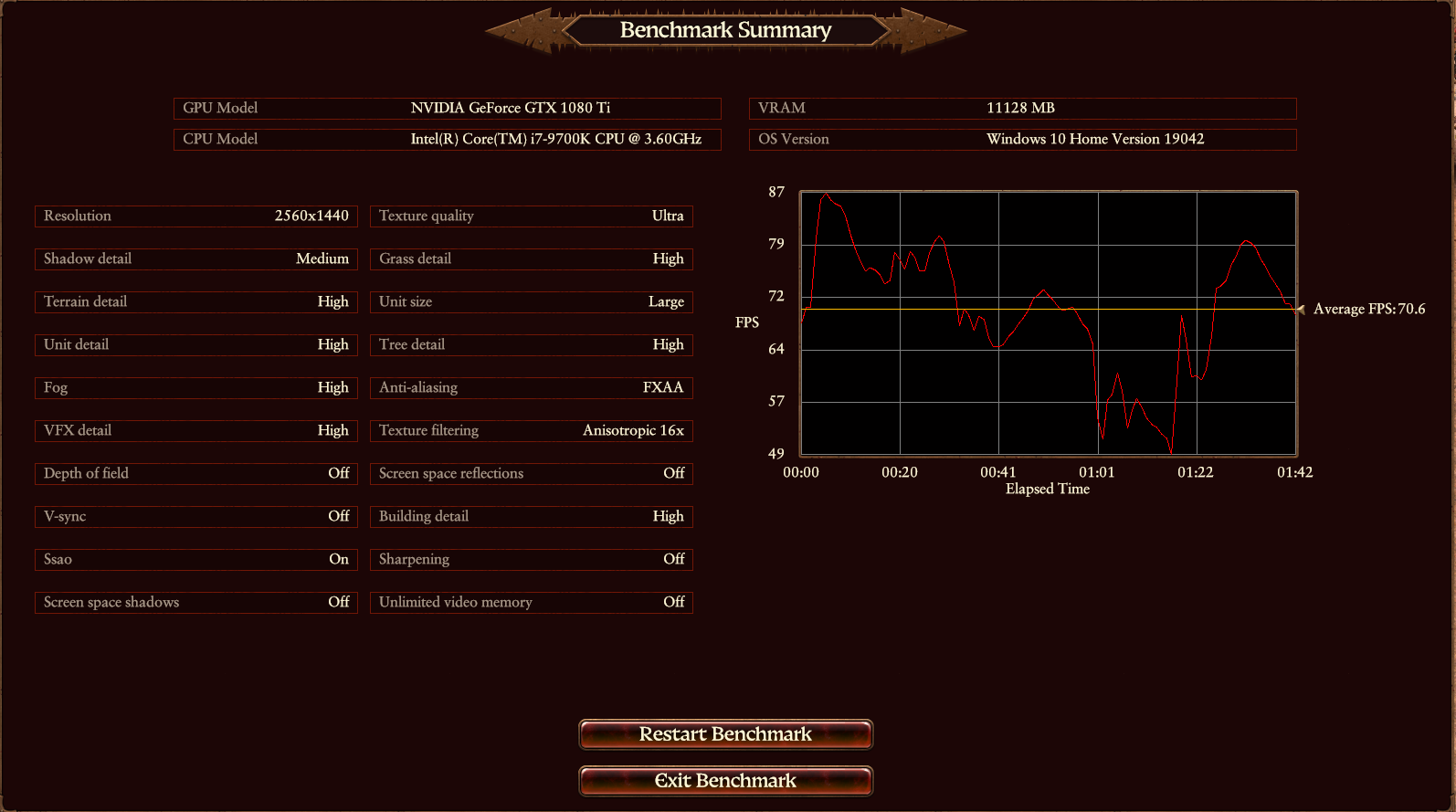 Turning this down to low brings about 10FPS, however, certain effects such as the glow on the Ice Guard’s Glaives for example look less bright and toned down, though I’ve initially found that other than that on perhaps the darkness of certain shadows, it doesn’t make too much of a difference. 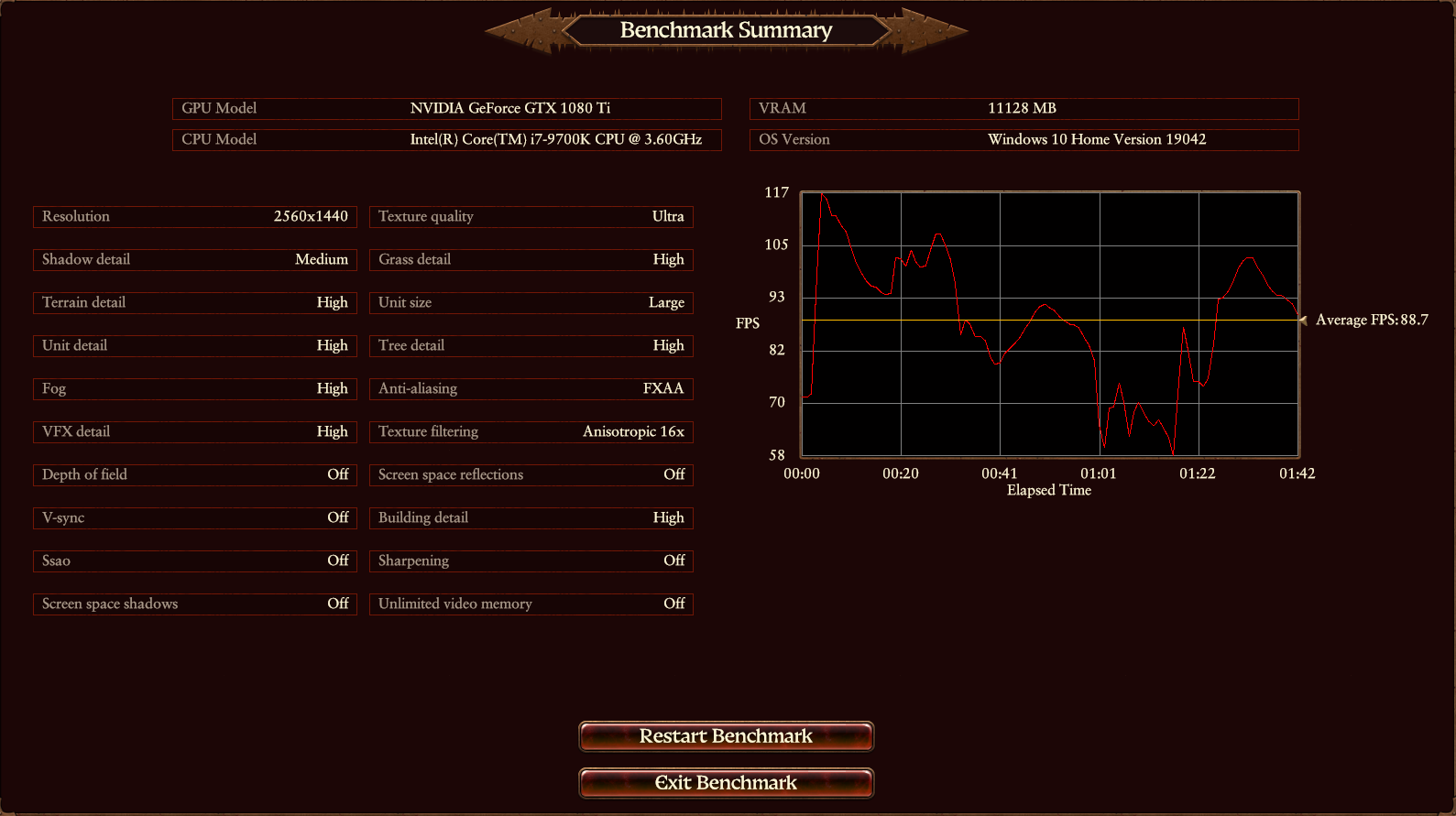 Turning this down to Low nets me about 7.5 FPS increase. 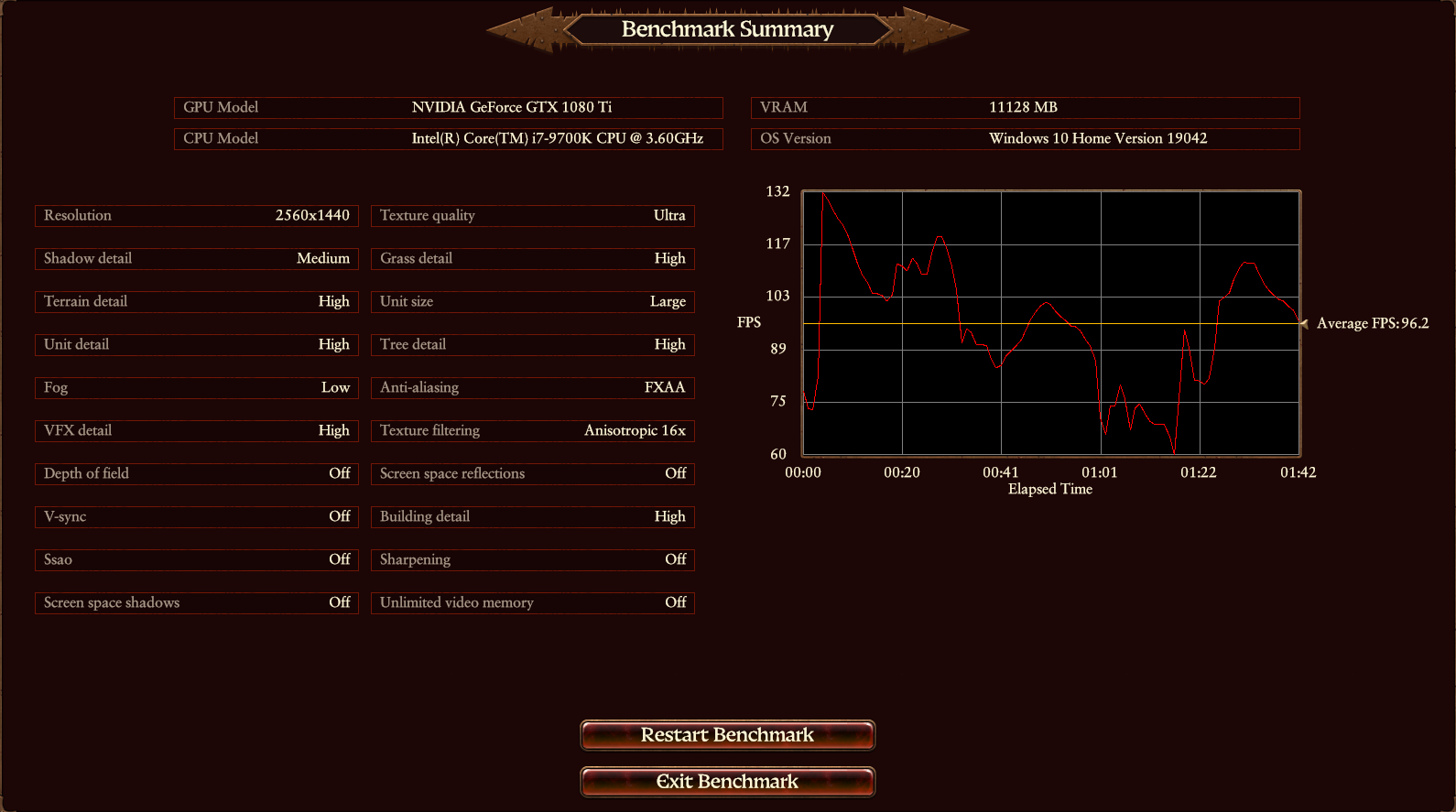 Turning these all to medium from high only gave me about 3FPS increase so I wouldn’t think it was worth turning them down. 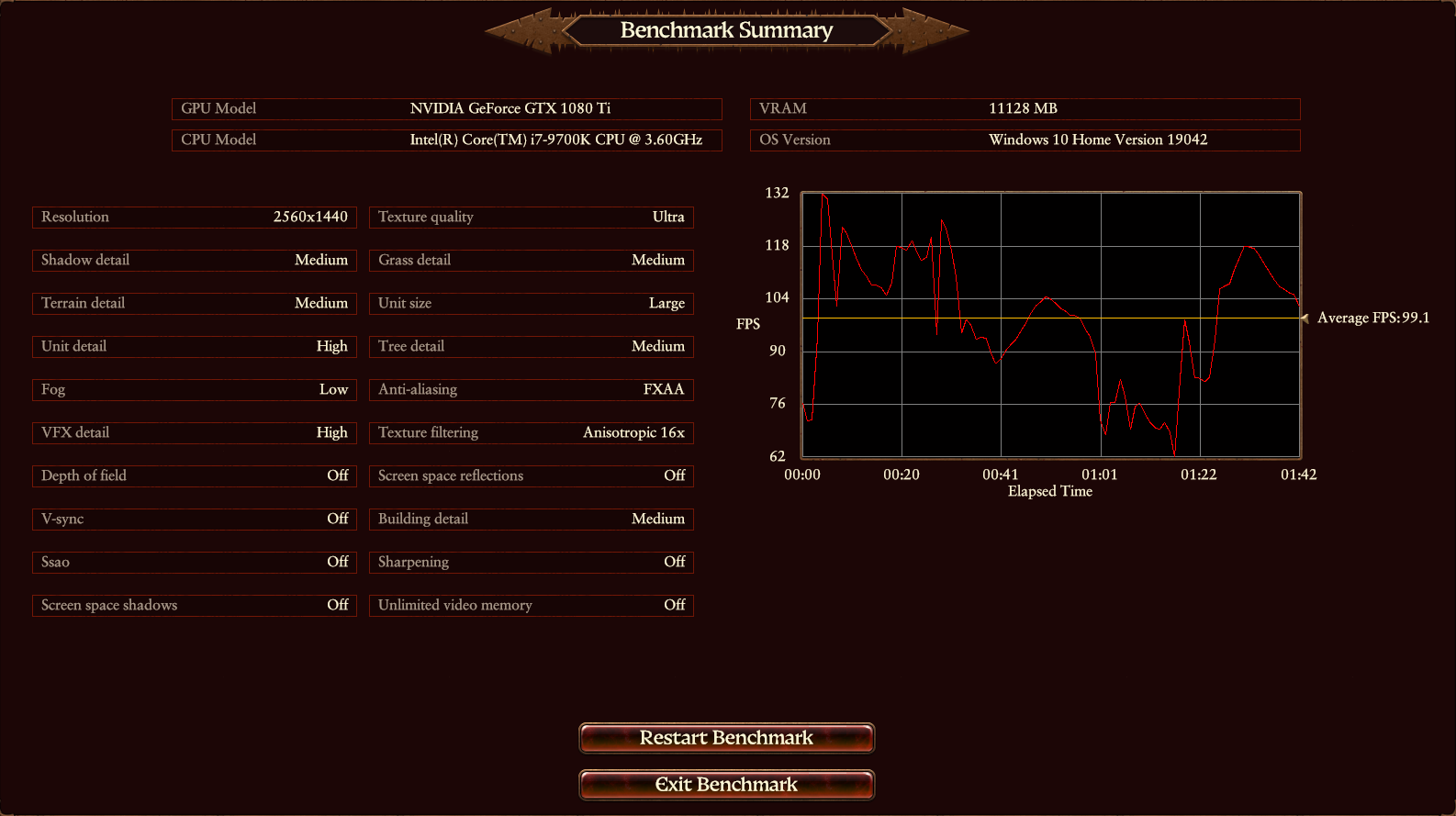 Turning this down to medium from high gave me less than a 1FPS increase, not worth it. 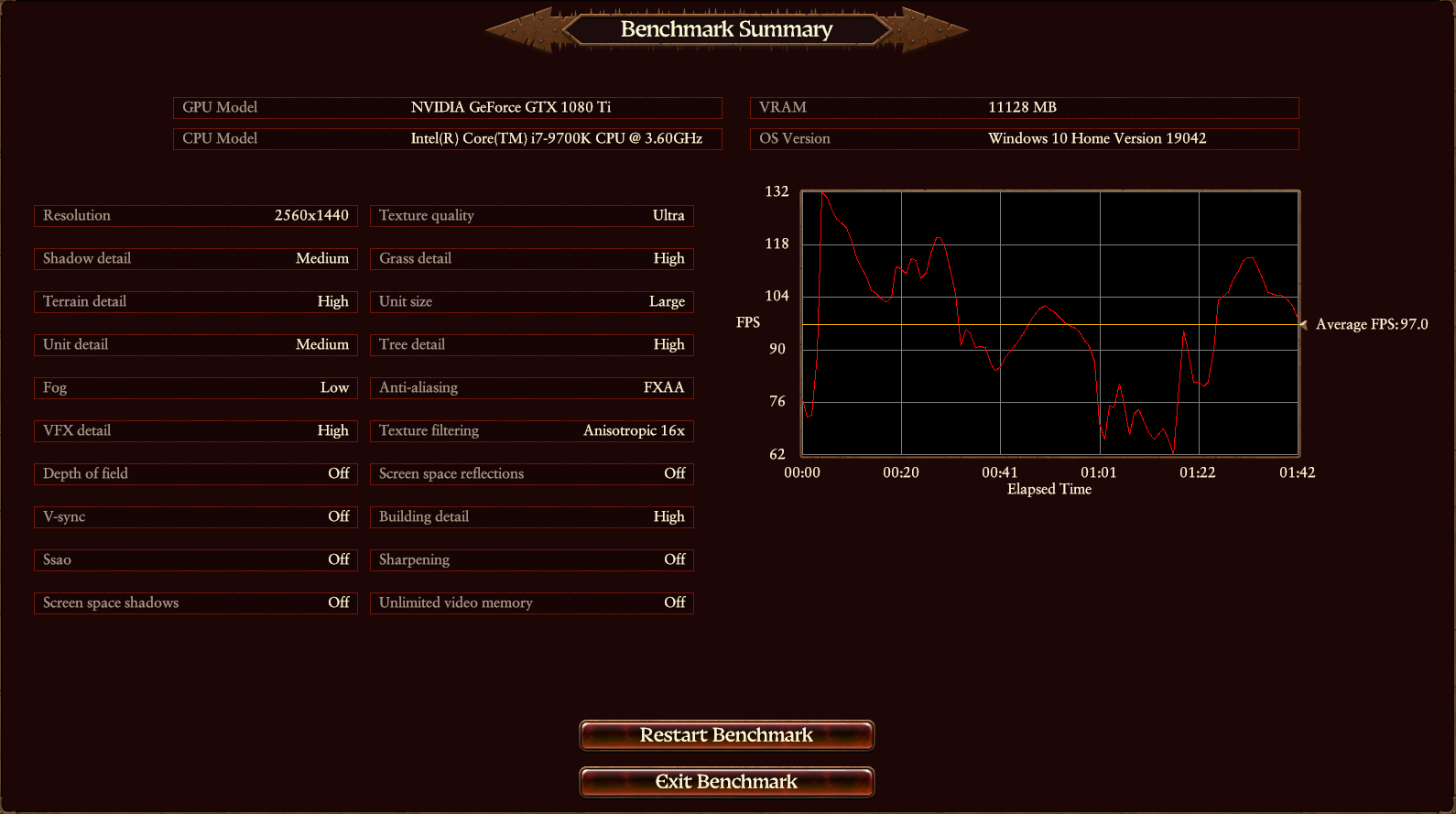 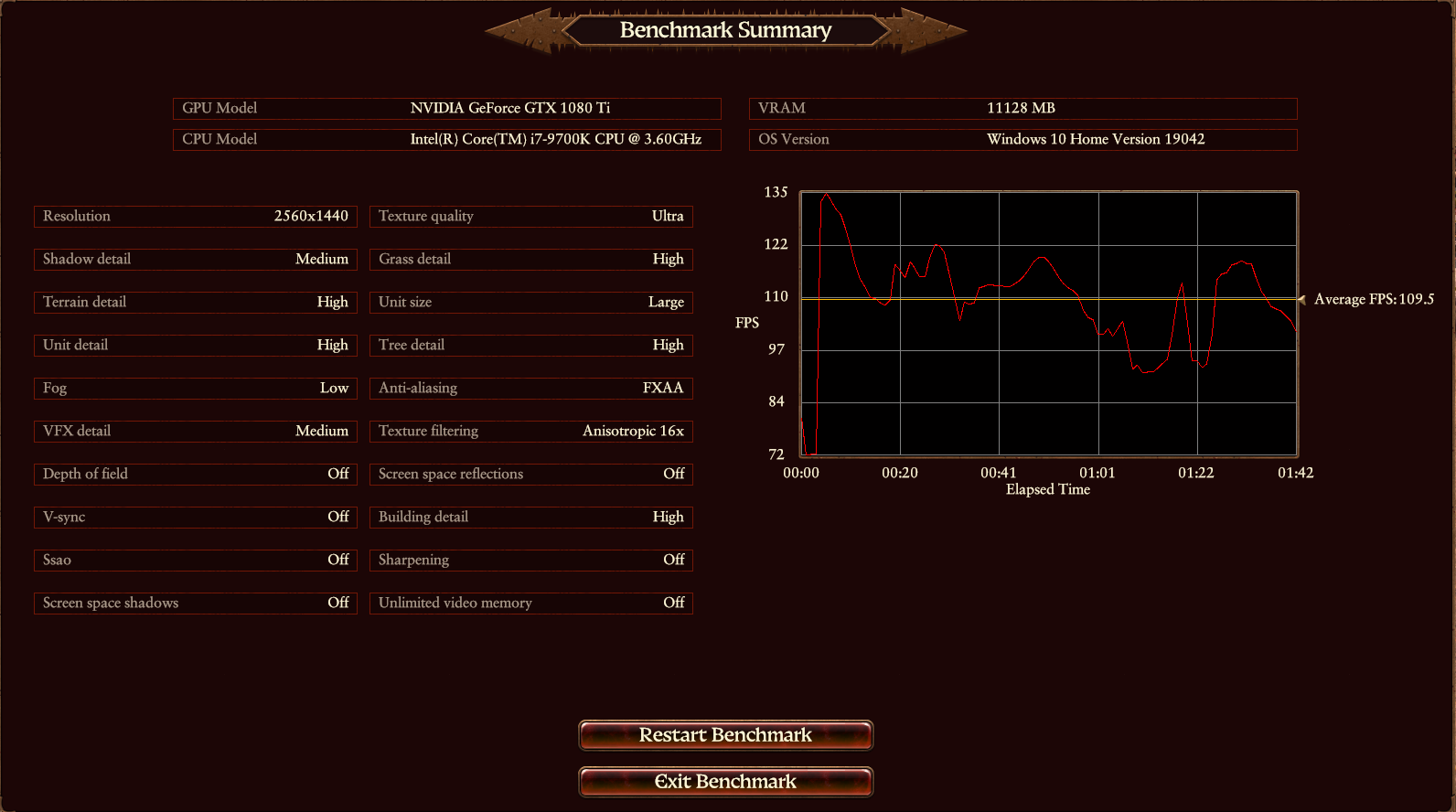 To conclude, the below settings are what I’ll probably be running and testing around with as I believe it meets a mix of both performance and a graphically impressive game.

Here we come to an end for Total War: WARHAMMER III How to Optimized Game Performance hope you enjoy it. If you think we forget something to include or we should make an update to the post let us know via comment, and we will fix it asap! Thanks and have a great day!