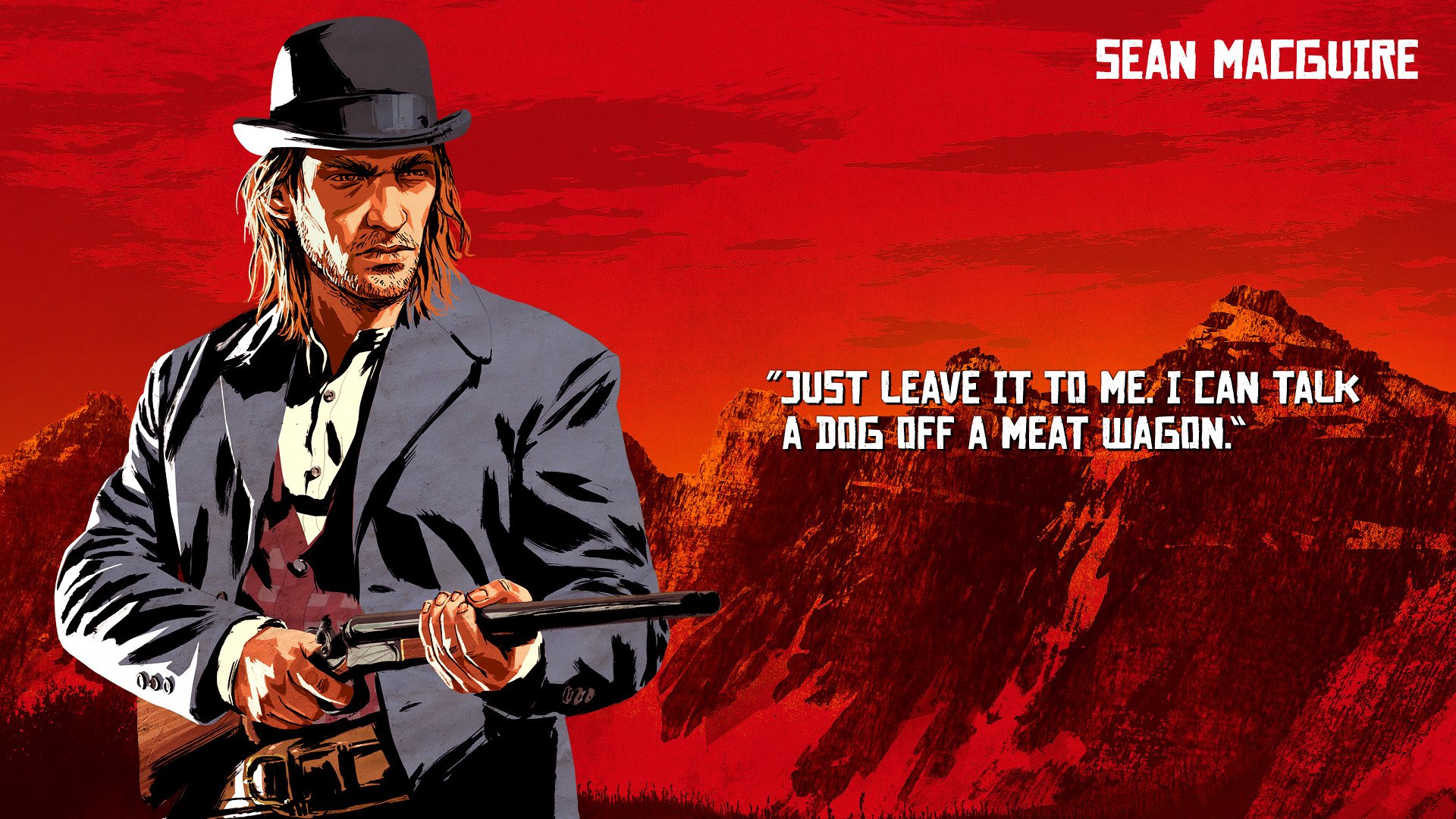 Sean was born in Ireland (presumably Donegal), and spent his early years there. Darragh MacGuire, a famous Fenian outlaw, was Sean’s father. After escaping to America with Sean, he was hunted down and then killed. The young Sean was sent to a reform school, but it did not help him.

He belongs to the Van der Linde Gang. Young Irish thief and stick-up Sean MacGuire hail from a long line of thieves and political dissidents. He is confident and brazen. Sean’s father, a wanted man, fled to America with him, but the British followed them and a*sa*sinated him while he was sleeping.

Dutch and Hosea met Sean for the first time at a North Elizabeth bar. After seeing Dutch’s expensive pocket watch, Sean followed Dutch and Hosea into a dark alleyway and threatened them with shooting. Sean was surprised that Hosea and Dutch both laughed and challenged Sean to shoot them. It turned out that the pair had seen Sean first, and silently took the bullets out of Sean’s gun. Dutch and Hosea decided instead of killing Sean and gave him food.

Before the Gray family starts shooting at the gang, Sean is abruptly shot in the head by a sniper and killed as he continues to speak. Bill, Micah, and Arthur all made it out alive, but Sean regrettably pa*sed away. Because of Bill and Micah’s negligence, Arthur is both grieved by his pa*sing and furious.

Written by King of the West

Here we come to an end for Red Dead Redemption 2 Sean MacGuire Story hope you enjoy it. If you think we forget something to include or we should make an update to the post let us know via comment, and we will fix it asap! Thanks and have a great day!