(I’ll replace the ? images with the actual achievement images, once steam updates the achievements)

This Guide is about Sunbreak

This guide will only cover the new achievements (soon to be) added with the Sunbreak DLC.

The majority of them are basically copied from the base game, just applied to the new master rank content…

Complete all Master Rank Quests once

These achievements will be unlocked upon completing certain main story quests.

“Anomaly Quests” are unlocked after you’ve completed the main story of the DLC.

The last quests will only be available, if you’re at least MR100.

Afflicted monsters can only be encountered in “Anomaly Quests”, which are only available after the DLC’s final story boss has been hunted.

I don’t usually recommend this, but honestly, just install a damage-modifier mod for this one and keep one-shoting monsters in a solo expedition for a few hours…

This is the most stupid achievement in this game. It’s a straight-up insult to everyone’s limited gaming time.

The Iceborne DLC for MH:World only asked for 100…

Captured monsters count for this achievement. But there’s no way to check your progress on this one. The counter for completed Master Rank quests is your best bet, but it’s gonna be off, because of multi-target quests.

Same as for the base game. Remember to check for the white markers on your map.

Both maps have at least 1 spot, that can only be accessed by bombing your way through some rubble with large bombs.

Sunbreak added 2 new Wirebugs, which you need to use once each to unlock this achievement.

Beyond those two, Kess – [steamcommunity.com]  posted this handy list of the remaining creatures in the comments:

Posted by TAS – [steamcommunity.com]  in the comments:

As for the base game; complete all new requests, which reward Palamute equipment.

Keep trading Letters of Introduction at the Argosy. 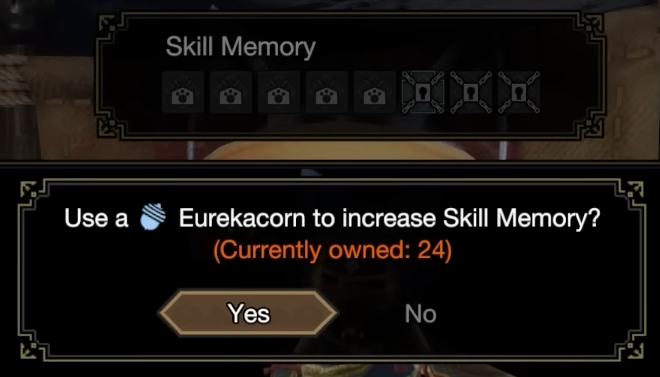 Use the new Eurekacorns to unlock all memory skills for a number of Palicos.

Make sure to loot the new Cohoot nest in Elgado after completing each 5th quest, in order to get these Eurekacorns comfortably.

As has been posted by Kess – [steamcommunity.com]  in the comments:

Same as the base game.

If you need help finding them, refer to these videos by Gamer Guru:

Buddy Recon is a new kind of once-per-quest fast travel. You unlock it by finding the fast travel spots on the map, rather similiarly to the camps.

If you still struggle to find any of these locations, refer to this video guide by Arekkz Gaming:

Obtaining the new switch skills is easier this time around.

You’ll obtain your first set of switch skills pretty much immediately after arriving at Elgado.

For the normal equipment, you need “Afflicted” materials, the layered armor pieces will require “Outfit Voucher+”. Both of these can only be obtained by completing “Anomaly Quests”, which are only available after you’ve finished the DLC’s main story.

Posted by Logloxan – [steamcommunity.com]  in the comments:

Pretty much the same as the base game equivalent.

The full list has been posted by Ch33zBuRg4r_ – [steamcommunity.com]  in the comments:

Apart from the returning Cohoot nest, which you can plunder for loot, there’s also a new, white baby cohoot in Elgado.

Keep feeding it inbetween each quest and you’ll unlock this achievement after ~30ish quests.

A new mechanic to the dangos. Will be explained by the game itself.

Minibeau – [steamcommunity.com]  confirmed, how often you need to use it in the comments: 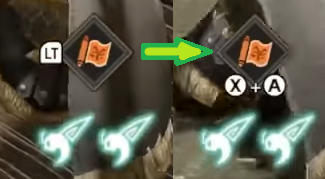 Self-explanatory. Will probably happen by itself, without you needing to grind or force it.

This requires certain “Follower Quests” to be completed. No list needed, since you’ll have to complete all of them for another achievement anyway.

Pretty much similiar to the base game equivalent.

Complete the new villager requests given to you in Elgado.

Talk to all NPC in Elgado, animals included.

Note, that some NPC only join the outpost later in the story.

Full list posted by Dawn – [steamcommunity.com]  in the comments:

Yes, another set of those.

Will add a list of event quests with guaranteed crowns, as they become available.

Hope you enjoy the post for MONSTER HUNTER RISE Missable achievements – Sunbreak DLC, If you think we should update the post or something is wrong please let us know via comment and we will fix it how fast as possible! Thank you and have a great day!