This is a small guide on navigating inside Wine Cellar, the largest and the most complex cave/dungeon in Conan Exiles.


Due to the lack of maps on both official and unofficial resources, I first published my maps on official wiki – [fandom.com] , but decided to make a Steam guide as well.


Note that it is not a complete guide, its main objective is to help to navigate and explore.


My maps have the following legend:

The entry is quite simple, you begin in a wine cellar west, which is a building interior (red), then using a hole in a wall, you enter the cave itself. There will be some hidden loot and bandits guarding it.

You have to be careful since some edges are not protected and you can easily fall and die.

Then you have the broken bridge, where you have to jump in order to get to the other side, this is where you will begin to encounter the undead.

Shortly after the second bridge (intact), you will enter the first part of the ruined ancient city south with some loot, as well as lore pages. I also marked an old water well in grey circle.

To get to the upper second part of the ruined city, you will have to climb the path which leads to the top, right after a small river with a bridge east. Beware that the river ends in the cave’s abyss (jump = death). 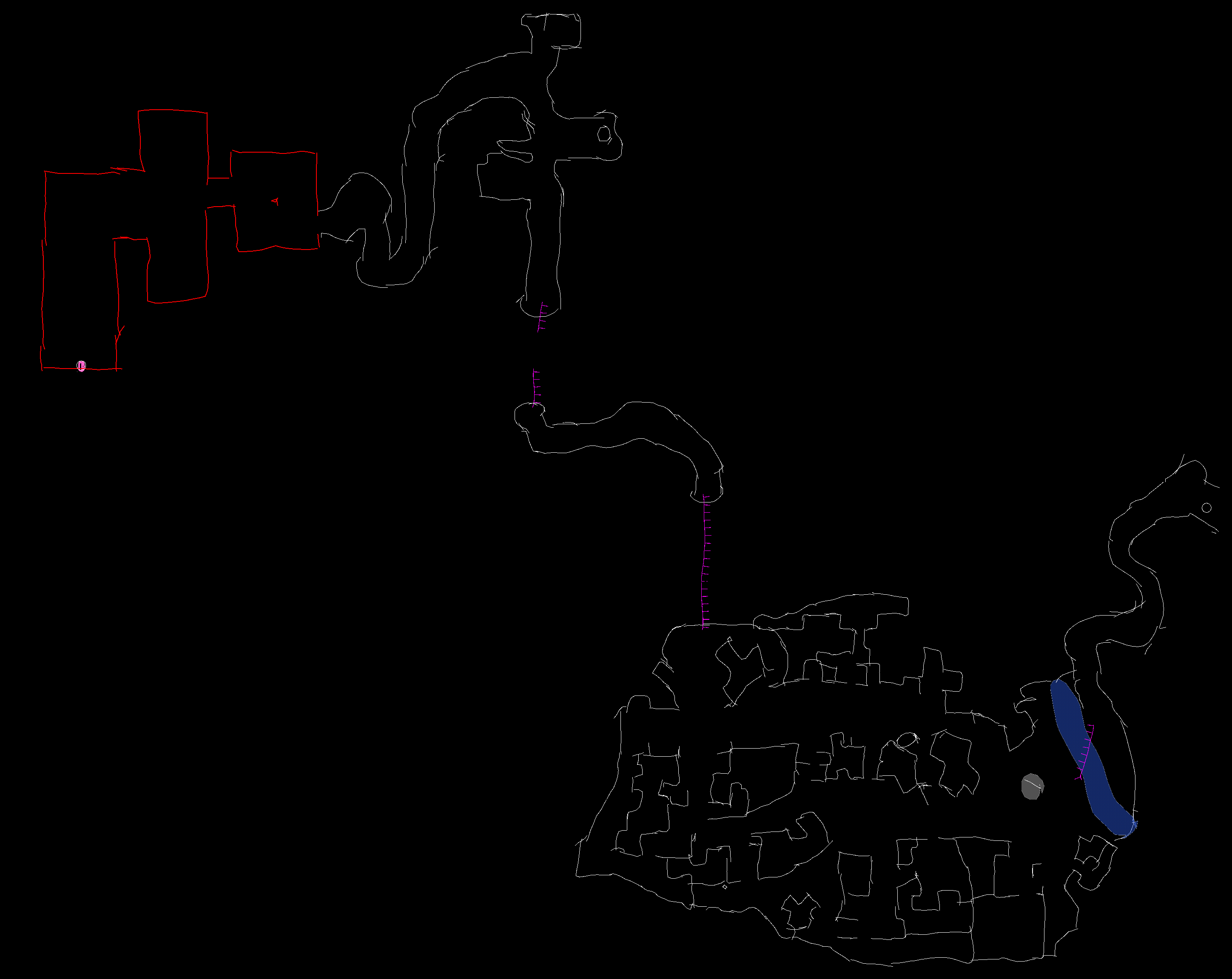 Once climbed, the second part of the ruined city will await you, with some loot and even more lore pages. The upper part has a small river passing through it, and falling to the lower level. In the middle of it, there is a closed gate and a little bridge nearby, crossing which leads to the east part of the upper level. Two small caves can be found north for both sides. There is also an “island” on the west, and an alternative descend path in the south, which leads to the lower side of the city, but a caution is required when taking this risky passage. Finally, you can climb even higher following the path in the east. 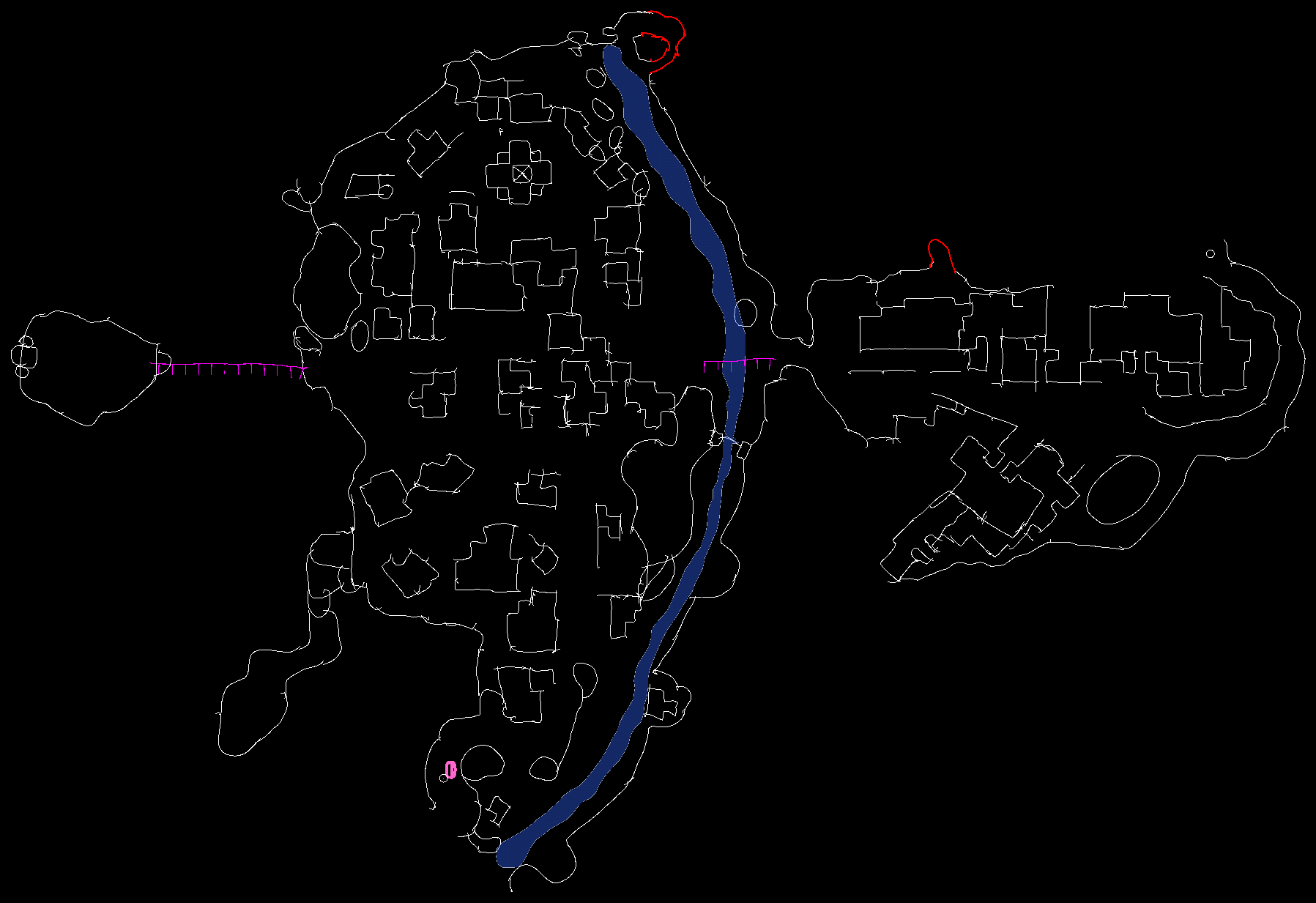 After climbing there will be an intersection, on the right you will find a cave with spiders, on the left a yard of the main building. To the left of the building there is a small passage, which leads nowhere. There will be columns before the building’s entry, just before the main hall, which leads to the arena with a second floor, accessible by stairs. Once defeated the boss, the exit gate will open, following the cave exit.

Goes without saying that all this is a pretty time-consuming task and due to lack of precise measurements and tools in-game, I had to make my plans by hand, meaning that the scale is not respected and some errors are present. Nonetheless, it’s going to be much easier to explore with an approximate map, than without one. I don’t understand why game-designers decided to make a map for the surface, but not for the undergound… I mean it was the case even in Diablo, which much older.


This will probably be my only mapping for Conan Exiles because, other caves/dungeons are either small, either too trivial and almost impossible to get lost, like passages and refugees. Same goes for Isle of Siptah, since the caves are almost absent there.


With all that, happy caving! 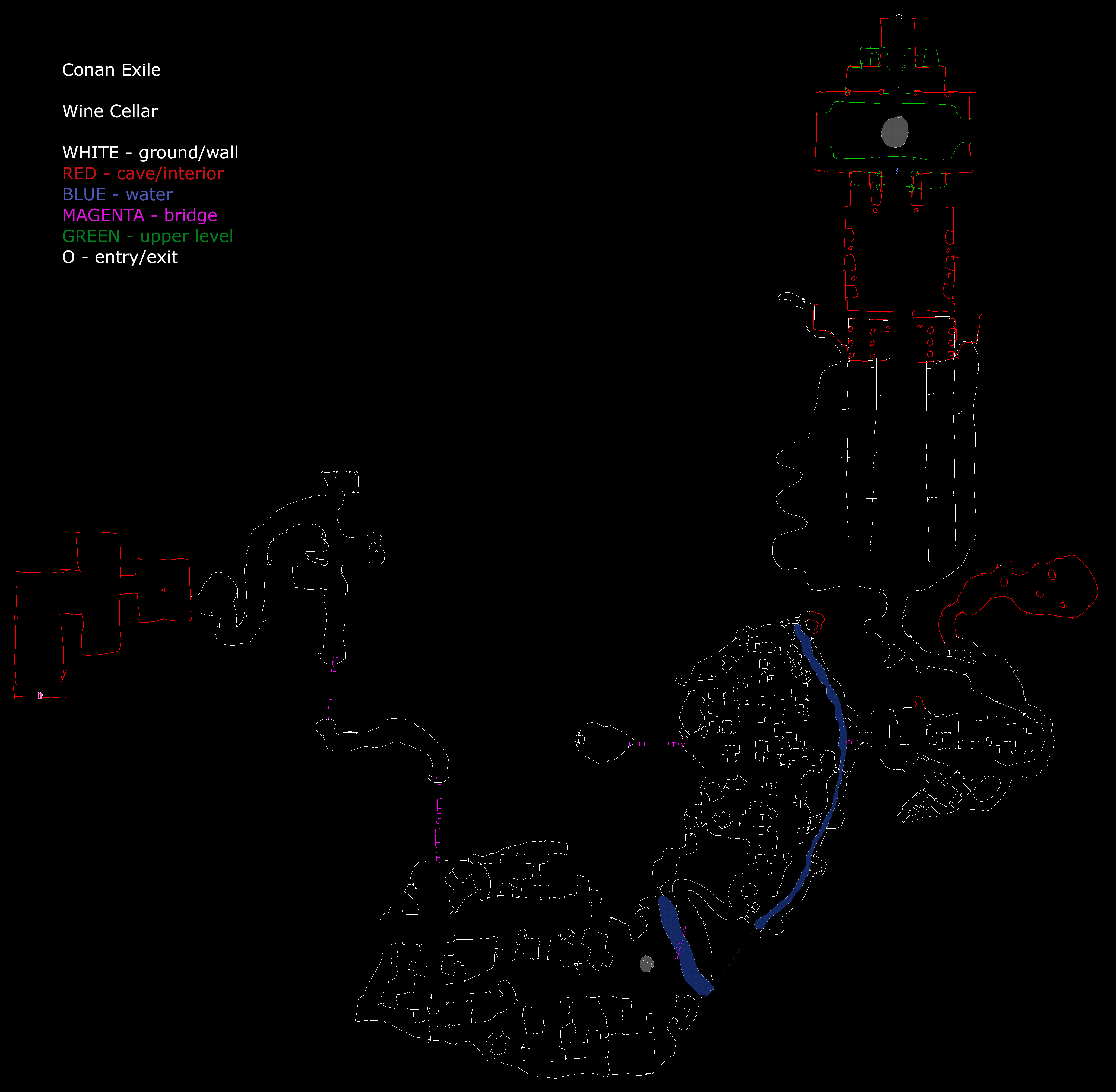 Here we come to an end for Conan Exiles Cave Map – Wiki Guide hope you enjoy it. If you think we forget something to include or we should make an update to the post let us know via comment, and we will fix it asap! Thanks and have a great day!