This guide covers the FULL German roster of mid-war units. It covers not only their stats but their uses, the whys and how’s of the units.

I’m a huge fan of PvP in gates of hell and with the community evolving and expanding I’d love to cover some of the units in the game – starting with Germany.


In a game this complex and multi-dimensional just covering unit states is not enough, I intend to cover how you should use the units and how they play with one another. Aswell as a rating to show it’s overall usefullness in relation to the rest of the roster

This entire guide is also available in video format :

Thanks to Cdey, a more active community member in helping to make this guide 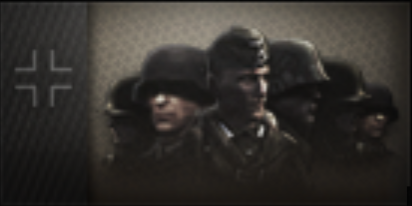 Infantry is often the unsung hero of the battlefield. They make up the core and heart of every army. German infantry is incredibly solid all throughout

An alright filler unit. Utilizing only rifles and one singular SMG, it’s not much different from it’s Russian counterpart, but it does cost 3 more CP and 6 more MP. Ultimately only good if you need filler units for preventing stealth units sneaking past or to draw enemy fire from your MGs without wasting points on a more elite squad. Saves you some MP, in that regard.

Utilizing Pioneers to their fullest extent, you come with weaponry ranging from an AT rifle, a flamethrower, to a plethora of grenades and dynamite charges. Adding onto that, it’s one of your largest squads in your roster, meaning it’s also just as easy to screen large areas effectively for your MG.


Your recon units also boast greater firepower in relation to Russian counterparts, with an MG to help cover your units when they inevitably find themselves in combat. The downside, although, is that they are also twice as expensive.

The chad squad. With 360 health, incredible accuracy, and the only squad in mid war that spawns with a sniper in it, they can not only survive HE shells landing near them but also proceed to kick a*s afterwards. It also has two MG guns, and being a tier four squad, are very difficult to out-cap when put on a position. These guys, however, aren’t the greatest in close-quarters combat, so these are only at their best when you give them long sightlines outside of grenade ranges, if the sniper wasn’t a clue to how you should use them. They do, however, cost the same amount as a medium tank (While also taking up more CP!), so it’s heavily dependent on if you need better infantry to hold a position or a tank to eliminate enemy support guns/tanks. 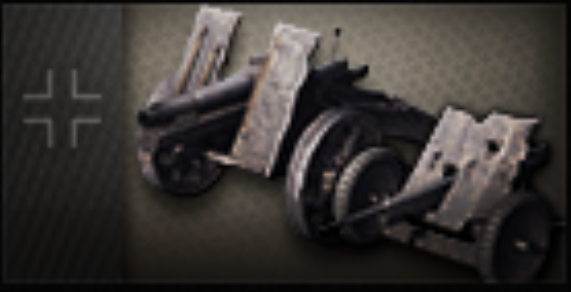 They’re alright. The MG gun is good, for half the price of a full squad you get an incredibly accurate MG that can prevent the enemy from rushing down a position. A must-have for defense, especially considering it can deploy it’s own sandbags if you want to place it in a more open position without sacrificing survivability as much as you would with a traditional MG soldier. (Sandbags, unlike foxholes, can be unspotted when they enter the fog of war, meaning it’s harder for the enemy to

pinpoint your position when they can’t see you.)

The AA gun is, well, a beefy MG. In mid war it makes a decent anti-tank weapon too; It’s high rate of fire makes it difficult to recover from being stun locked, and it’s HE shells shred infantry squads like no tomorrow. You can also use these, if you’re diligent enough to spot planes on the map and manually target them with a right click, to prevent bombers from reaching their target. The downside, however, is that it’s twice the cost of a mounted MG, and it’s a bigger target. Your AP shells lack HE filler, so while you can stun vehicles reliably, destroying or disabling them can be a different story.

These are a bit tricky to define in mid war. On one hand, most vehicles in mid war can be penetrated by your lightest AT guns, so these should be good. On the OTHER hand, however, you’re fighting the Russians. Which means “Go ♥♥♥♥ yourself” if you start seeing KVs – Outside of doctrine units, KVs can penetrate any tank you can purchase, while also being incredibly difficult to penetrate unless you start closing distance. AT guns also got re-nerfed, so aside from being harder to hit if the enemy is using a tank, their only good use is in an ambush. Use these if you think you’re fighting a cocky enemy who doesn’t know that bushes can hide AT guns, and remember to move them once spotted. Otherwise, just use a tank.

Mortar: 10/10, there is no reason to not have at least one of these. You can stuff them behind cover, they’re accurate enough to reliably kill infantry every or every other shot, and the only reliable counter to them is another mortar. They now have a minimum range and a “slight” accuracy debuff, but ultimately they’re still really good.

Support Gun: 6/10, These are really close to being super good, and still have their place – They have a larger payload than a mortar, and have HEAT shells if you fall short on AT, but ultimately it’s very similar to a mortar if you forget about the HEAT shell. I’d have to play with it a bit more to understand it better, but I currently only see it as a middle-man between mortars and an AT gun.

Light Artillery: 2/10, As with any artillery in the game, they’re just gimmicky units to use if one or both sides of the game are bad or winning really hard. German artillery has to keep a very mobile playstyle, as Russian artillery outranges German equivalents with ease. If you stay in one spot too long, you’re asking to be counter-barraged and ultimately destroyed by an artillery piece you cannot reach.

You wouldn’t expect it, but Germany actually has better transports in gates of hell. The Opel Blitz is faster than the Russian counterpart, and you also have halftracks at your disposal for snow maps. Yes, they are actually more useful off-terrain.

Literally anything with just a generic MG (1/10)

This includes Kubelwagens, scout cars, and halftracks being used for combat. They have no armor, oftentime the gunner can be shot off with a normal gun, and will die from being penetrated by almost anything more often than not. Only useful if you’re fighting an enemy who forgot that vehicles existed, or if you wanted to be funny and ♥♥♥♥ around with the enemy.

While the armored cars do have vision on-par with recon units, the benefit of speed doesn’t really help you when you’re in a loud vehicle that not only can be heard in the fog of war, but is just outright far easier to spot. 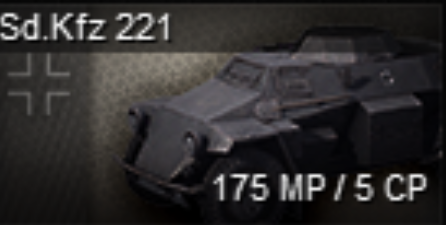 These are your quick-response units to shut down an enemy advance, or an ambush unit to wipe a squad and book it before the enemy can react. The Sd.Kfz 231, in particular, is one of (if not, the fastest) your fastest vehicles, and therefore should be used extensively as a shock unit. The autocannon runs out of ammunition quickly, but that doesn’t stop it from giving the enemy a migraine every time it opens fire on any unit it can see. Suffers similar AT issues to the AA gun, however it comes with APCR, which can penetrate the sides of T-34s at point-blank range if you want to get funky with the enemy. Also very large and bulky of a frame, meaning that it’s easy to hit it when it’s side is turned. 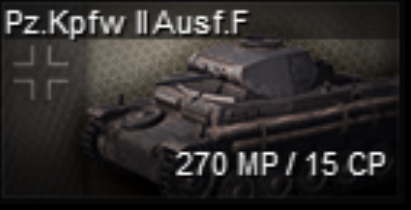 The “eh” division. While certainly not as cheap or weak as Russian light vehicles, they’re not the greatest either. The panzer 1 is a stronger tankette, the panzer 2 is a cheaper but slower Sd.Kfz 231, and the 38(T) is essentially a panzer 3 utilizing a weaker gun. The panzerjager isn’t bad, but it’s better to save up for the StuG 3 or long-barrelled panzer 3, as it’s just a gla*s cannon that can’t penetrate T-34s or KVs like the StuG can. Alternatively, use a light/medium AT gun for the smaller profile.

The only reason I give this a 5/10 instead of a 4/10 is due to the 38(T) and panzer 2. While I say that the panzer 2 is a slower Sd.Kfz 231, it’s still got a lower profile and can hunker down more effectively if you, for some reason, want to. It’s also immune to being destroyed by a mortar, unlike an AA gun. The 38(T) is just a good transition vehicle before mediums hit the field; Russians will struggle with killing this thing if you keep your distance, as the 50mm frontal armor is pretty beefy early in the game.

A fine tank – Or it would be, if there weren’t so many T-34s and KVs hitting the fields. 50mm frontal armor is all it needs to cope with any tank the Russians can throw towards you, but it’s weak gun means it cannot deal with the aforementioned Russian tanks. Due to how common these are, and how late you start unlocking the ability to purchase Panzer 3s, you better save for a panzer 4 or the:

For those of you who can’t kill a T-34 (Sometimes a KV) and demand a budget response. While equally priced as the short-barrelled Panzer 4, it’s more accurate but retains similar penetration. I personally don’t often use this, but it’s a good emergency response if you can’t whip out the long barrelled Panzer-4s.

Your mainline tank in the late game. It can kill anything the Russians throw at you, but it retains the same thickness of armor the Panzer 3 does. Will still have troubles dealing with KVs anyways, because KVs in mid war are just annoying. Remember to be smart, position against the flat sides of enemy armor where possible, and do not get spotted if you can help it. Tank combat, especially for Germany, relies on stealth and clever positioning, or your losses will start mounting.

This is all for Call to Arms – Gates of Hell: Ostfront Full Germany PVP FULL Unit Guide hope you enjoy the post. If you believe we forget or we should update the post please let us know via comment, we will try our best to fix how fast is possible! Have a great day!