This guide details each mission within the Tyranid Campaign and gives players insight into when they can pause to battle AI enemies, research technologies, and build up cities between missions.

In this guide, we’ll take a quick look at the Tyranid campaign chapters to make it easier for you to decide when to march forward through the campaign and when to hold back.

It seems like the more you explore, the further out the game will place the units. I’m not saying don’t explore any, but you may have to go further out than you want to just to gain some Hormagaunts. 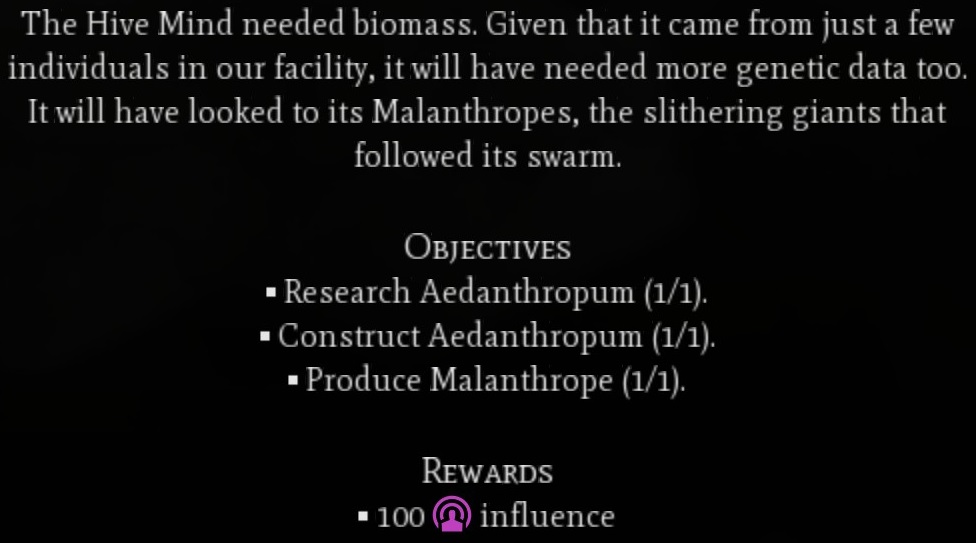 It sure is nice when Quests want us to do things we were already going to do. However, either wait to found a new city before completing the next step or make more than 1 Malanthrope (most likely the better option).

Hoover up the biomass off the floor, and then you can try to toss your Malanthrope near some weak neutral units before killing them (Webway gates do give credit too). This is a little situational, but you’ll get it eventually and hopefully without losing your Malanthrope to anything.

Be aware that when Chapter 2 ends, you’ll have about 7 turns until Chapter 3 begins which will be an Invasion style battle. Try to be prepared by moving your units near your cities. Onwards to Chapter 3.

We’ve got our first fight sequence, and it’s a small scale Invasion. This will involve some Vaul Sentry units that look like the Old One Artifacts. If you’ve played the Eldar campaign, you’ll be familiar with their functionality. Apparently the planet is trying to kill us. Dang nature, you scary. 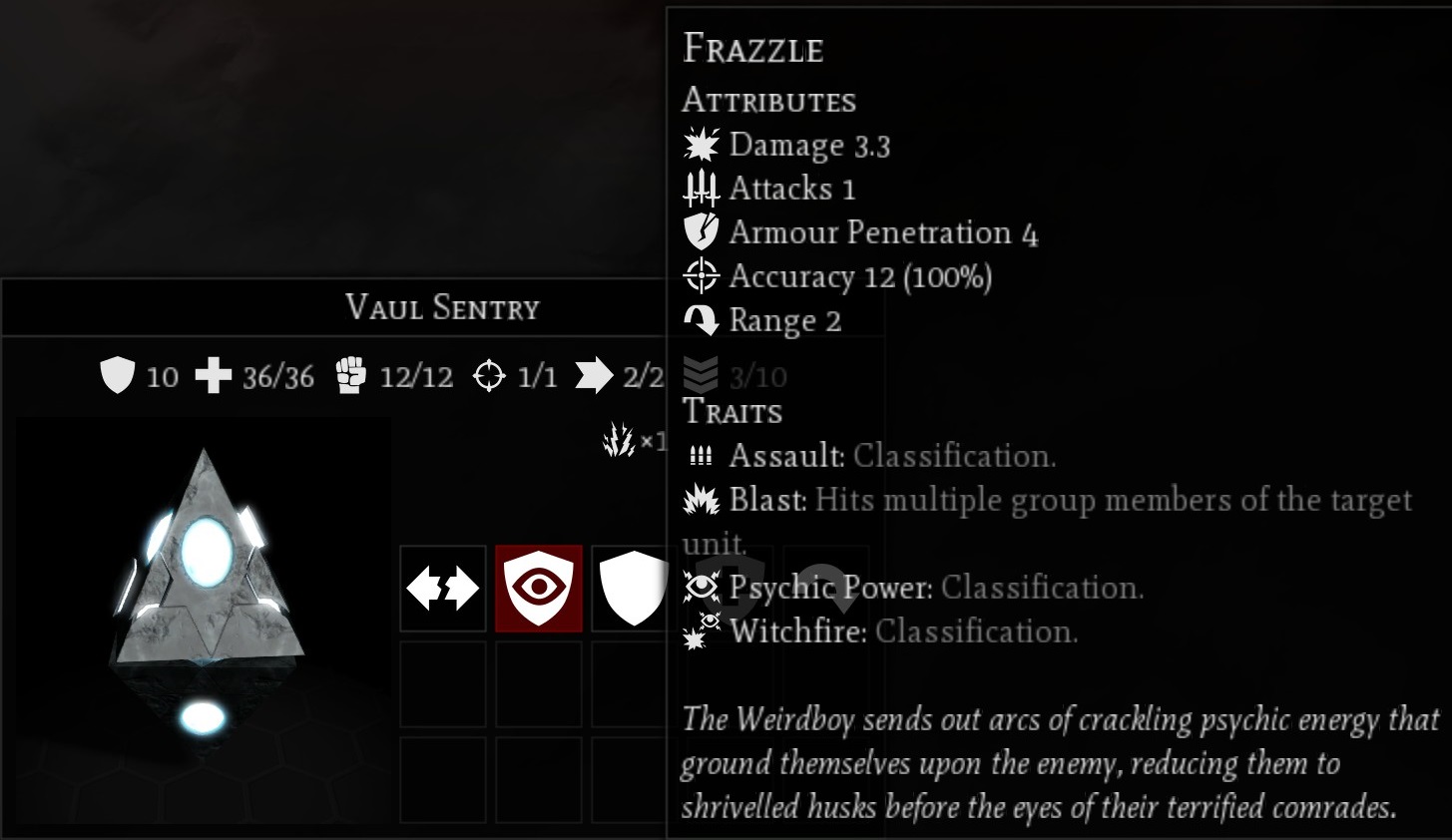 They can hit weaker units hard especially on squads with lots of units (like your Termagaunts) thanks to that Blast trait, but as long as you’ve got several heavier units nearby, you should be fine. Expect to fight about 12 of them. Also, be prepared for another Invasion to begin as soon as this one ends.

Didn’t we just do this? Yep! Now we get to do it again, but better this time. Oh, and it will be IG units we’ll be facing which is at least a little more of a standard battle. Time to send in the ‘Gaunts.

Important Notice: Chapter 4 will involve about 50-60 neutral Tyranid units spawning between 3 camps in a huge fight with units like Hive Crones. If you aren’t ready for the kind of battle, try to get there ASAP and before ending this chapter. 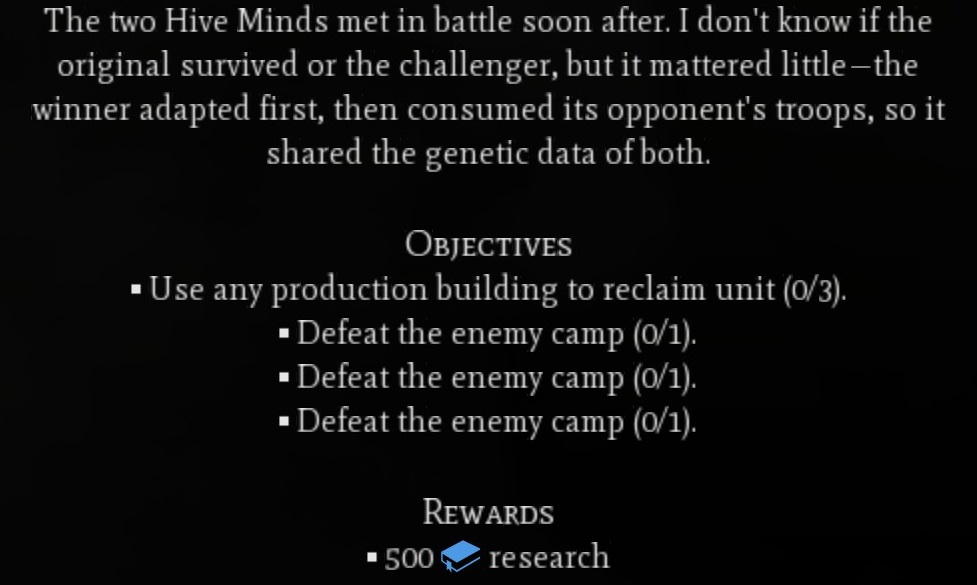 Did you think we were done fighting? Did you forget there is only war? Anyway, time to kill more bad guys. 3 neutral cities with a total of about 50-60 units will spawn. This will be a lot of trash units like Hormagaunts and Termagaunts, but there will be about 6 Hive Crones. You’ll obviously want to have your own Hive Crones or some other units that can deal with armored fliers. Also, be careful that your important units or heroes don’t get swarmed and die from zone of control.

Thankfully, once all the cities and units are cleaned up, we can wait to reclaim our 3rd unit until we’re ready to proceed to Chapter 5.

All we need to do is start a city on that tile.

Sadly, the game chose a tile that was inaccessible for me. I’ll be finishing the rest of this guide later, once I replay all of it thanks to the game messing up my run. My apologies for any inconvenience.

This is all for Warhammer 40 000: Gladius – Relics of War Gladius – Tyranid Campaign Guide hope you enjoy the post. If you believe we forget or we should update the post please let us know via comment, we will try our best to fix how fast is possible! Have a great day!