This guide details each mission within the Imperial Guard Campaign and gives players insight into when they can pause to battle AI enemies, research technologies, and build up cities between missions.

In this guide, we’ll take a quick look at the Astra Militarum or Imperial Guard campaign chapters to make it easier for you to decide when to march forward through the campaign and when to hold back. Thankfully, none of the chapters really involve much fighting until Chapter 5 and 6 at which point you’ll be thrust into a marathon endurance fight for your life. Keep that in mind if you feel unprepared to unwilling to deal with that.

Chapter 1 – Life In The Guard

Simply produce your Manufactorum. You should be doing this anyway, and the reward will help jumpstart other production.

Produce your Scout Sentinel. This is the same as above so do it ASAP.

Head out and eliminate the 3 units at the marked locations, although sometimes they will move around slightly. This won’t be a complicated or difficult task as long as you move your units as a group. The next chapter will not immediately start combat, so go ahead and finish this ASAP.

Next you’ll need to head out and recover the 2 scattered guardsmen squads. This isn’t challenging at all either, and the next chapter is also safe, so do this when you can. You may be fighting other opponents at this point, so don’t lose units just to gain 2 more.

This is an ideal spot to stop if you don’t want to complete the story/quests. If you collect these guardsmen, there is a high chance you’ll eventually be forced all the way into chapter 5 and 6 which include large groups of units going for your cities.

Chapter 3 – A Palace Fit For A Priest

At this point, you’ve hopefully already been scouting for a new city location, or even started a new one. Be careful at this point in the quests, because you can be auto-completed all the way into a large battle with many Enslavers which can be catastrophic if you’re not prepared.

Before you complete all of these objectives, make sure your tech is moderately advanced and you’re producing things like basilisks. You’ll need some heavy hitters for the coming events.

Chapter 4 – Through The Storm

This is a quest that could easily auto-complete if you’ve been exploring and capturing the Old One artifacts. If it does auto-complete you’ll be thrown straight into a battle with about 8 Enslavers that go straight for the closest city from where they spawn. Be sure to have your army back by your cities and ready to defend them. You’ll want some advanced units that can attack from range to be safe from that obnoxious mind control ability.

Here we go, your first proper battle in this quest chain. You’ll have a group of 8-10 Enslaver units heading straight for one of your cities. Be sure to have ranged units like Basilisks or Heavy Weapons teams to deal damage from relative safety. The last thing you want or need is the effective army size doubling because your own units turned against you and joined the fight.

As soon as this chapter ends, you’ll be thrust into another battle some turns later. You can leave a single Enslaver alive in one of the squads if you need to buy yourself time as it should do very minimal damage to whatever it is attacking.

Before chapter 6 starts, you’ll want to make sure you have multiple higher tier units researched and produced. Leman Russ tanks to frontline for the coming battle is very helpful. Units like the Tank Commander hero can drastically boost the damage of your Lemans or Basilisks. Several Techpriests to heal your vehicles will also be invaluable.

Chapter 6 – The Better Part Of Valour

So this will really test your mettle. This battle will consist of anywhere from 4-6 Hydras, 8-10 Castellan Robots, and 1 Rebel Techpriest (hero) all leveled to Level 8. The Techpriest can use several healing/buffing skills that refresh on every turn for him. 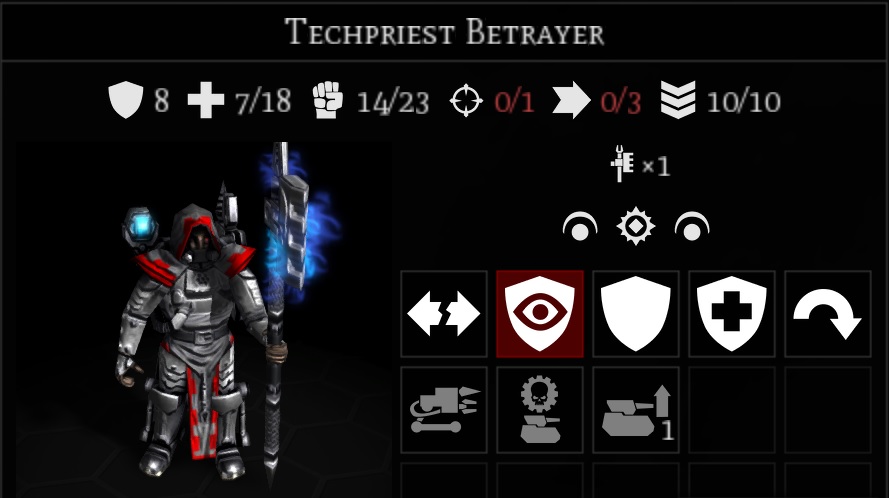 Having a good solid frontline to deal with these units as they come for you will be helpful. They all tend to spawn near your main city in a large group from what I’ve seen. Be careful when fighting them, being sure to rotate out damaged units to heal them with your Techpriests. Eventually, with the Tank Commander buffs and proper positioning, you’ll be victorious.

This is all for Warhammer 40 000: Gladius – Relics of War Gladius – Astra Militarum (IG) Campaign hope you enjoy the post. If you believe we forget or we should update the post please let us know via comment, we will try our best to fix how fast is possible! Have a great day!