This is a guide for the Viking Expanded faction, made by me. The faction contains 4 units to accompany the inbuilt Viking faction. 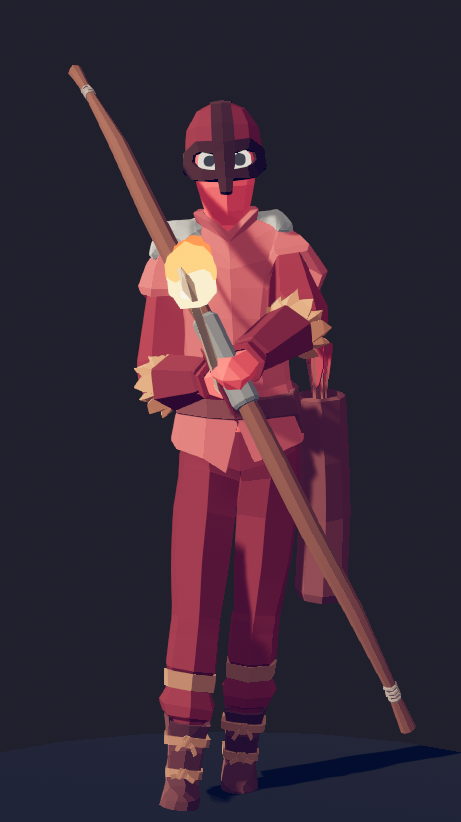 The Torcher is the first unit in Viking Expanded and costs 200. It wears basic viking clothing and a helmet, with a quiver, and holds a bow with flaming arrows.

The Torcher is best used without the Ice Archer, as they counter each other’s special effects. The fire can spread panic in the enemy lines, but the Torcher itself must be protected with melee units.


(I know this description is small, but there’s not a lot to say about the Torcher)

The Smasher is the second unit in Viking Expanded. It wears Viking armour and a helmet and carries a polehammer, costing 300.

The Smasher has fairly good stats, with decent HP and below average movement speed, with its polehammer dealing high damage with a decent attack speed for a polearm unit. The Smasher will usually wait for enemies to come within range, and violently swing its hammer down at them, after which it will continue attacking, but will usually get its hammer stuck and swing it sideways.

The Smasher can be put behind close range melee units as a polearm unit, or can make up a frontline itself. As a polearm unit, it has a faster attack speed and higher HP than other polearm units, and as a frontliner, it can attack the enemy frontline before the enemy reaches them, and the downward strike will hit over shields. It does however suffer from the fact that it cannot hit a target too close to it – it will attempt to back up for this, but the heavy hammer prevents it from moving quick enough. Its high cost also makes it expensive to form a large frontline with it. 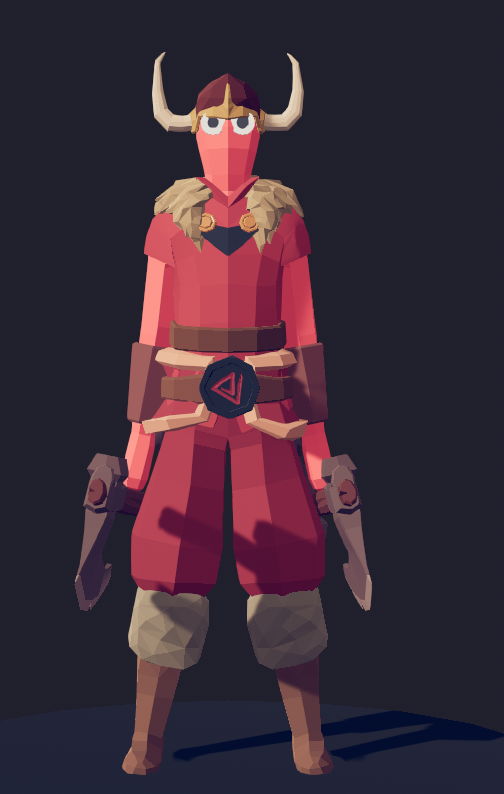 The Axe Thrower is a ranged unit costing 360. It wears a horned helmet, a Viking shirt and pants, a belt with the Landfall logo on it, and carries two double-ended axes.

The Axe Thrower has low HP, as a ranged unit. It has a fast attack rate and low-medium damage, rapidly throwing its axes from both hands. The axes have moderate knockback, which combined with the fast fire rate can leave a target stuck to the floor.

The Axe Thrower is an expensive ranged unit with great crowd control capabilities and single target damage. It will very slowly walk away from enemies that are coming towards it, which is usually not enough to escape death, but if an enemy is on the ground, it will end up walking just out of its range, missing its shots. Despite this shortcoming, its rapid fire rate allows it to take down hordes of weak units, making it a very useful support unit for strong melee units. 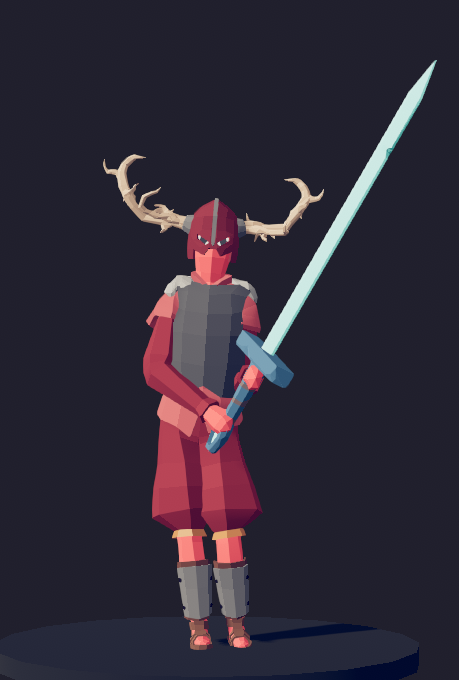 The Ice King is the final and most expensive unit in Viking Expanded, costing 660. It wears a breastplate over Viking clothing with an impressively horned helmet, carrying a frozen sword.

The Ice King has high HP and high damage. Its sword inflicts ice damage instead of regular damage, but the damage caused is often high enough to instantly turn a target into a statue. Additionally, it can perform a dashing attack that swings its sword wide around at the very end. This sudden charge can freeze a target before it can react.

The Ice King is expensive, and thus cannot be deployed in hordes, but fulfils a similar role to the Knight, charging into battle with high stats than the average soldier. However, unlike the Knight, it is very vulnerable to ranged units, with no shield to protect itself. This is compensated with a higher melee damage potential that can be devastating if a formation has no ranged attackers to counter it.

This is all for Totally Accurate Battle Simulator Viking Expanded Faction Guide hope you enjoy the post. If you believe we forget or we should update the post please let us know via comment, we will try our best to fix how fast is possible! Have a great day!