This is a guide for all of the Hobbits. In case you didn’t know, I made a collection of units called Hobbits. The Hobbits have the halfling base but are way more advanced than halflings. The two aren’t the same, so don’t get confused!

The Hobbits are a race in the TABS universe. They sparred with the Wobblers quite frequently and both races enjoyed it. Unfortunately, the numbers of the Hobbits were dwindling and they couldn’t respawn (a problem that would be remedied later on in the story) so they had to start declining the offers to spar. The Wobblers understood this, but when the other races (Stiffies, Minotaurs, etc) also started backing out, the Wobblers got angry and waged war on the races. They were victorious, but the Wobblers were still alive as they could respawn. They then forced the Hobbits into hiding and commanded the other races to spar with them.

Authors Note 1: I drank this rum.

There are 4 hobbit factions. War Hobbits, Rural Hobbits, Magic Hobbits and Secret Hobbits. Every faction has 7 units currently, with the exception of Secret Hobbits – which has 26.

The War Hobbits are the Hobbits who go out and attempt to reclaim land and protect other Hobbits and such. They, alongside with the Magic Hobbits, can usually take out most wobbly threats. 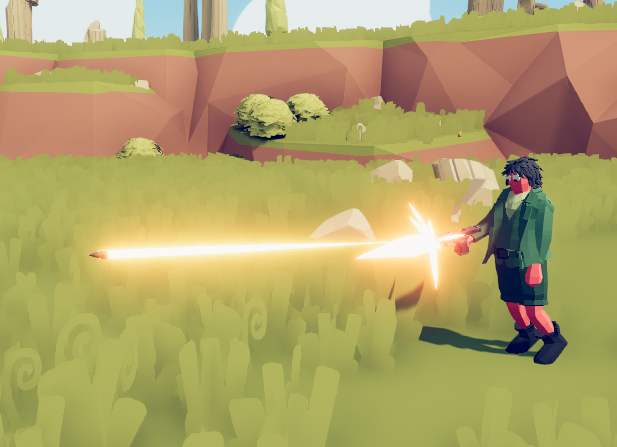 Pistol Hobbits are a basic ranged horde unit. They have relatively fast firerate and their bullets have a fair bit of knockback, so they are usually able to beat out units of the same caliber. This strength comes at a cost, figuratively and literally. They cost a bit more than most horde units and have not so good aim. 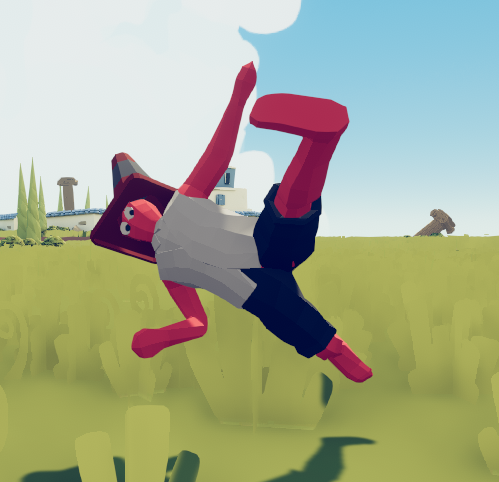 These small headbutting boys may seem like a run of the mill, basic melee unit. Well, they’re everything BUT that. For one, they’re incredibly fast and in groups they easily deassemble any army you throw at them, but their main selling point is their extreme power against ranged units. Whatever they shoot, whatever they wield, these cone wearing beasts of a Hobbit charge in and thunk ’em right on the noggin. 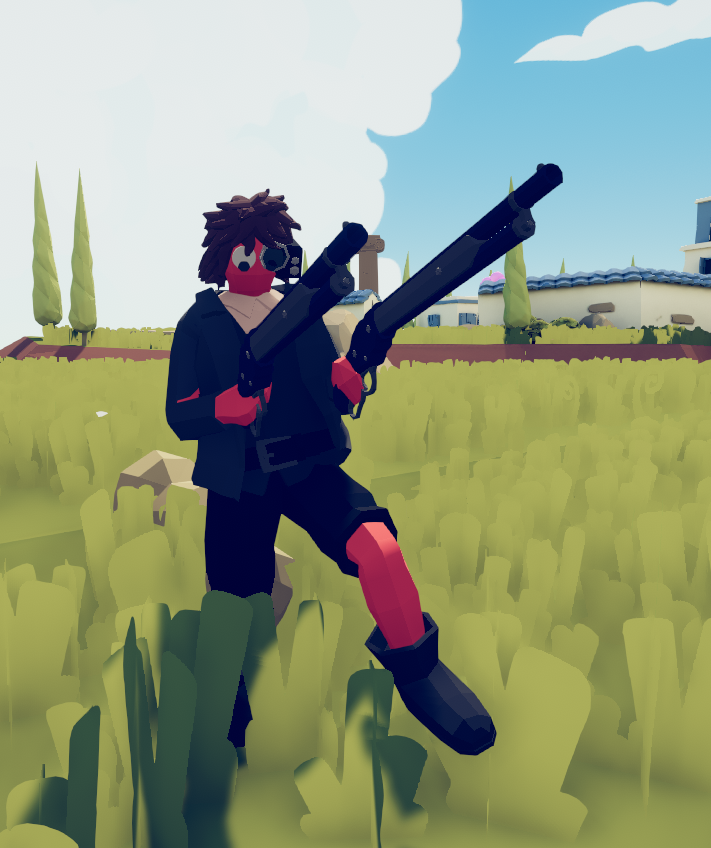 These funky fresh Hobbits zap people with lightning, floating them up into the air! They are very useful to stop powerful melee and ranged units from attacking. They are also relatively quick, allowing them to easily fire off shots. 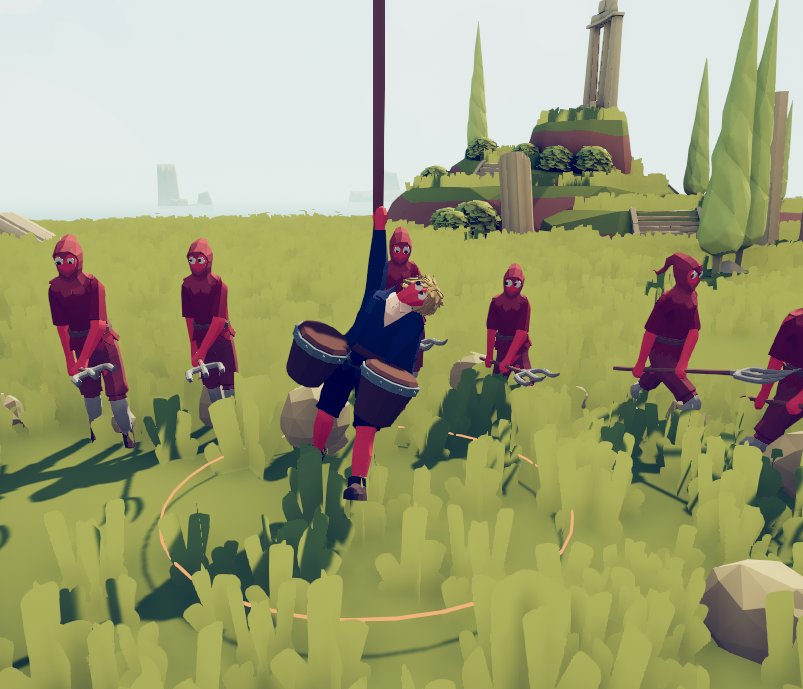 Band Hobbits get all of the other hobbits motivated! They can speed up units while being relatively fast themselves, so surrounding them with a circle of Headbutting Hobbits is a surefire way to clear a path for any supporting ranged units. 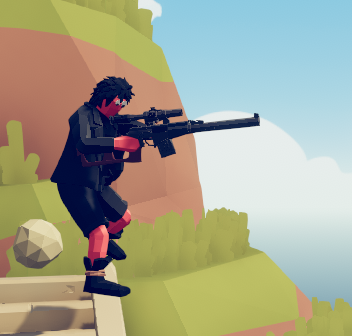 Sniper Hobbits have decent aim and low fire speed but they can easily blow up a strong unit. They’re basically the opposite of Pistol Hobbits, which have low damage and fast fire speed. They’re pretty useful if you put them behind some Headbutting Hobbits and a Band Hobbit. 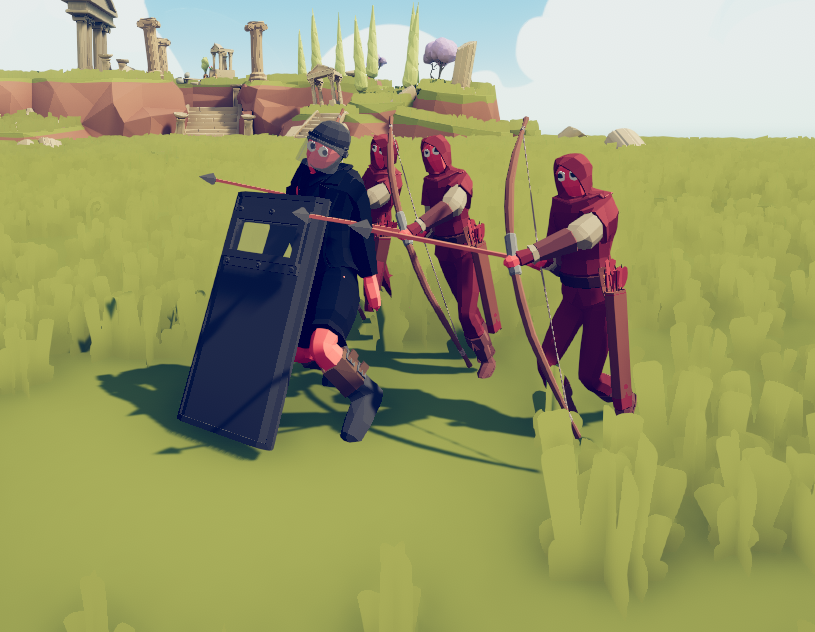 Tank Hobbits have a high price but can block almost any attack and shield the ranged units behind. They’re pretty versatile because they can block attacks and draw fire. They can also soak up a lot of melee units because they have a large amount of help. Put Sniper Hobbits next to them and you’ve got yourself a foolproof defense. 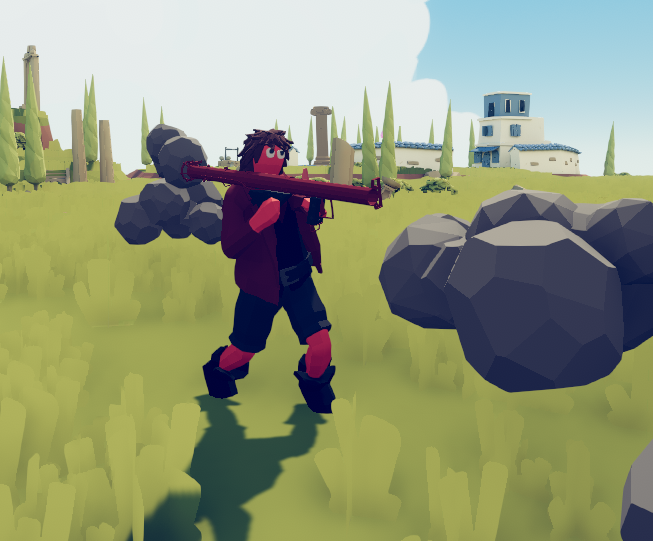 Currently the most powerful (And pricey!) Hobbit available in the War Hobbits faction. He shoots a rocket from his rocket launcher. He’s like Tank Hobbit but less soak, more health and more BOOM POWER.

I’ll put in Magic Hobbits, Rural Hobbits and Secret Hobbits (and some more lore) soon so stay tuned for that!

Hope you enjoy the post for Totally Accurate Battle Simulator Hobbits!, If you think we should update the post or something is wrong please let us know via comment and we will fix it how fast as possible! Thank you and have a great day!