In this guide you can learn about diffrent pvp modes and their rules.

In ESO there are 4 diffrent pvp modes:

I will focus on the first 3, because I didn’t play a lot of Imperial city. I will however, say how it looks ect. but I don’t have a lot of expierience in it. 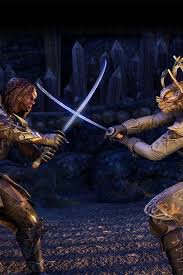 Duels are the simpliest form of pvp. In order to stard a duel with another player, go up to him, hold ,,f” and pick the duel option.

That player will get a choice to accept or decline. When they accept, a flag spawns in between the dueling players. 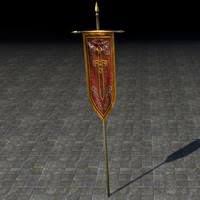 The duel ends when one of the players dies, or moves too far from the flag.

Battlegrounds is a short and dynamic mode (15min per match). The player is a*singed into one of 3 groups: Fire Drakes, Pit Daemons or Storm Lords. each group has 4 players. 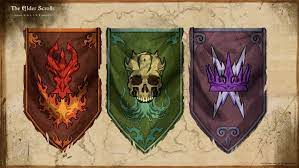 There are many game modes with diffrent objecives:

–deathmach – kill as many enemies as posible

–capture the relic -each team has a relic near their spawn, and the objective is to steal one and take it to your one. also:

*in order to get points, the team must deliver enemy relic to their spawn, however the relic won’t be ,,captured” if the team capturing their relic has their relic stolen

–chaos ball – hold onto the chaos ball for as long as posible:

*there is one chaos ball in the middle of the map. When the player with chaos ball dies it drops onto ground. Other players can pick it up, however if nobody picks it up, it teleports back after a few seconds.

–domination – there are 3 flags on the map. The objective is to just have as many for as long as posibble.

–crazy king – similar to domination, there are flags that the teams have to capture, however the flags often change positions.


My opinion on battleground:

battleground in a fun and short pvp mode, however there are some things that I find annoying:

sometimes long queue time (between 5min – 30min), if you get a team with low level/weak teammates and strong opponents you will lose no matter what (and you still have to play those 15min), ocasionally unbalanced teams (4v4v3). However it is still a lot of fun, and there are good rewards (a lot of exp, gold, and set items). 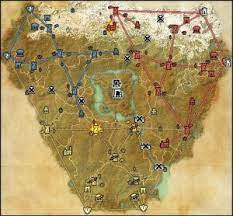 Cyrodiil is huge pvp zone with casles, forts, keeps and outposts. There are 3 sides:

The side that you are on is based on your character’s race:

Because of this grouping sides can have anywhere from a few players, to hundreds of them!

But unlike duels and battlegrounds, Cyrodiil doesn’t just have fighting between players.

In Cyrodiil there are literal casles, that some players defend using siege weapons, and others

try to take it! 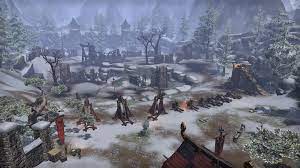 There are 5 basic sieges: 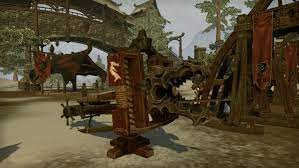 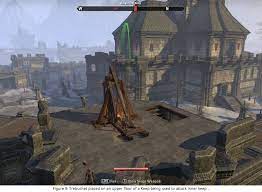 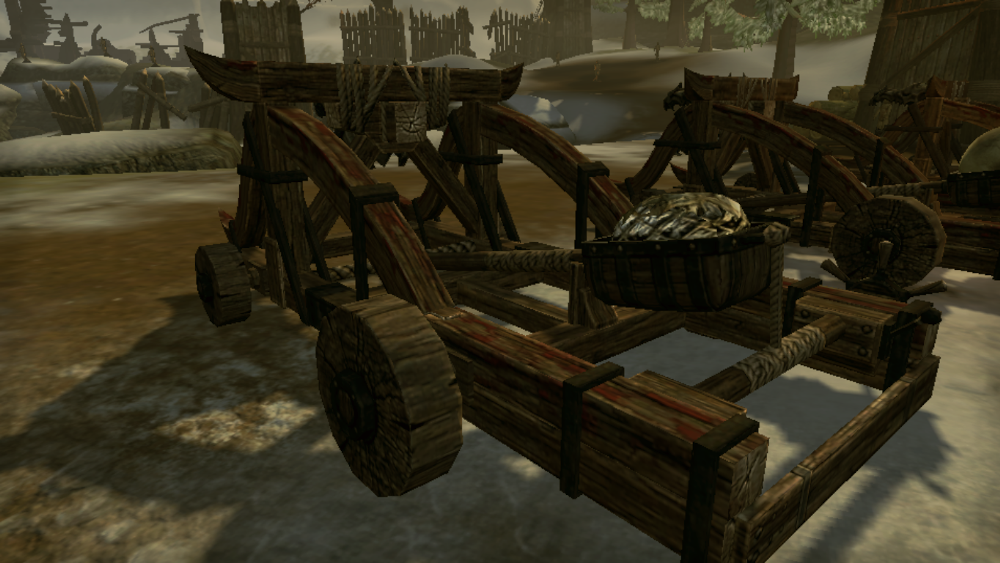 -Battering ram – A siege used only for destroying the gates. In order for it to start working there has to be 3 players. Each other player can increase the battering ram strength (up to 6 players) 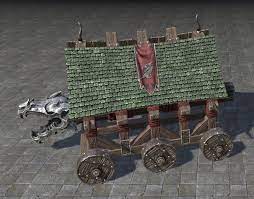 -Flaming oil – used only for defence (pretty much only against rams,) has no range, and causes heavy damage over time in a huge area below it 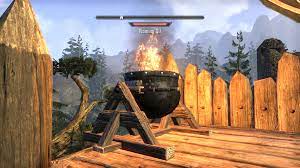 Ballistaes, Trebuchets and Catapults have diffrent damage types, but it’s not very important.

I want to keep this guide short so I won’t get into details like Elder Scrolls or Volendrung.


My opinion on Cyrodiil:

I love Cyrodiil. I’m a huge fan of medieval battles and sieges and I think that the developers nailed it. Stil I have to point out it’s pros and cons:

– if you are low level, and battlegrounds seem a bit too hard, Cyrodiil is the best way to enjoy pvp, because most of the time you use sieges, but also a low leveled character will still help a 20 pll group.

-Sometimes there’s nothing to do. When one alliance is much stronger than the others they will quickly capture the entire map. And when that happens the other allieances can’t do anything while the dominating one also can’t do anything (because they already got all the forts)

– Cyrodiil is time consuming. I’ve often started playing at 11am and after (what felt like) 2 hours of playing, it’s suddenly dark outside! 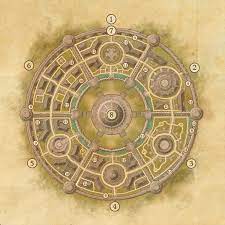 Imperial City is a zone with many dedra and other players. The player teams are the same as in Cyrodiil. By deafeting the dedra you get tel var sones

that can be spent to buy powerful armor sets. You also get some tel var stones from defeated players and vice versa.


My opinion on Imperial city:

I personally don’t like it. And the main reason for that is because most of the players there have highly leveled characters, powerful equipment ect. and in order to match them, you also have to grind a bit for better equipment. Also, unlike battlegrounds and cyrodiil there is no such thing as below level 50 mode, so you really shouldn’t go there unless you’re above level 50.

Here we come to an end for The Elder Scrolls Online PVP Modes hope you enjoy it. If you think we forget something to include or we should make an update to the post let us know via comment, and we will fix it asap! Thanks and have a great day!