Tips for getting the achievements.

Went Up in Flames!: “Kill yourself with your own fire.” Pick Mummy Fire Mage and target yourself with Fireball until you die. (Burning vines also counts.)

One Punch: “Deal 100 or more damage in a single attack.” Build a late game character, drink a power potion, put your opponent on optimal terrain (unstable if physical, water if lightning) and use your strongest ability. Ability power, the appropriate stat and a stronger weapon can also help. Shouldn’t be that hard though.

Infinite Energy: “Build a character with over 60 mana points.” Build a Gnome Mage and look out for +Mana and +Int equipment.

Victory at Last!: “Win the game for the first time with any cla*s and race.” Rogue, Ranger and Enchanter are considered the easiest cla*ses, and Human is perfectly fine. If you’re struggling, try checking out my Rogue Fable III Tactics Guide – [steamcommunity.com] . (I won’t keep re-linking this for all achievements like this.)

Ping Pong: “Make a projectile bounce between you and an enemy 4 times.” You can get reflection from Storm Mage’s Shroud of Wind and from equipment, and try to de-prioritize evasion. Then, find a Crystal Golem, kite it (it’s slow and easy to do so indefinitely) and shoot it with weak projectiles until you get it. It has 75% reflection, so for example, if you have 50% reflection and 0% evasion, you have a 14% chance each shot of getting the achievement.

A Shocking Conclusion!: “Kill yourself with your own electricity.” Pick a Storm Mage, stand in water and target the water with your staff until you die.

Strike!: “Kill 10 enemies in a single turn.” Duelist talents make it easier, since they give you ways to deal damage without ending your turn.

Hat Trick: “Win the game 3 times in a row with any race and cla*s.” Try really hard to play for consistency, use every trick in the book to make fights unfair in your favour. and stop playing when you’re not feeling level headed. But if you don’t mind it feeing illegitimate, be aware that starting a new game does NOT break win streaks.

Polymath: “Win the game with all cla*ses.” A good way to experience most of what the game has to offer. You’ll probably find Warrior is the hardest, because it starts out without any way to deal with ranged or damage shield enemies, and shields up is finnicky to use – try to find a spear, a ranged weapon and talents from other cla*ses that deal with your weaknesses, and don’t be afraid to use consumables for fights you can’t safely win without.

The Tankiest Tank: “Build a character with over 200 health points.” Build an Ogre Warrior and look out for +Health and +Str equipment.

Master of Chance: “Win the daily challenge 3 times in a row.” A harder win streak challenge, since if you lose you have to wait until tomorrow to start over. But, the inability to grind it out all in one day might encourage you to take your time and not get impatient. Either way, take everything you learned from previous progression achievements and play even safer still. Also – similar to Hat Trick, you can quit a daily run and try again if you were about to die.

Menagerie: “Win the game with all races.” Ogre prevents you from moving diagonally, so make sure you’re not trying to approach or run away from enemies at those angles and be aware of your new inability to cut corners and pillar dance – still lure as much as you can, but you’ll swap to standing and fighting much sooner. Trolls have a nasty fire vulnerability! Relatively normal but with one specific thing to be ultra cautious about. Fairy is well suited for Ranger or Rogue since they avoid damage naturally, and your innate flying lets you abuse pits and hazardous terrain immunities. Gnomes make for fun, explosive mages, but they can play Rangers or Rogues just fine too. Mummies have no need to eat, so after every fight they should retreat and regain all resources. They also can’t drink potions, so no more getting bailed out by healing/resistance potions – learn to use other consumables to stabilize fights early, and to make retreats from situations spiraling out of control. (Also, they once again have Troll’s fire vulnerability, and a poison immunity to balance it out.) Gargoyles don’t get HP regen and have flying (like fairies) and some nice resistances, but heal fully when they move to a new floor – this is a test of your ability to play cautiously, but if you make a mistake, don’t hesitate to use the stairs early or a consumable. Vampire is probably the hardest race to win, since the HP regen from blood is so pathetic compared to natural HP regen and it doesn’t offer any amazing benefits. Note that you get 1 more HP per puddle every 20 max HP you have. Try Ranger or Rogue so you can put yourself in harm’s way as little as possible.

No Time To Think: “Win the game in under 30 minutes with any race and cla*s.” Find the race/cla*s combo where you can blow enemies up with safety without having to think very hard about what’s going on or make very many fiddly inputs/decisions. Use consumables to auto-win a fight instead of stopping and thinking about how to do them optimally. Use lots of auto-explore and goto in lieu of manual movements. Throw caution to the wind except when it’s cheaply attainable. And, good luck! 30 minutes is uncomfortably fast, but possible.

Time Lord: “Build a character with over 20 speed points.” Build a Fairy Ranger and hope the game gives you an SP item. If it doesn’t, oh well, try again.

Stone Wall: “Survive an attack that deals 100 or more damage.” Take that 200+ HP Ogre Warrior you built for The Tankiest Tank, go to Vault of Yendor, look for a Vault Chaos Priest, and get tormented to lose half your health (which will be 100+).

Dragons Hoard: “Have 1000 gold pieces in your inventory.” Spend no gold the entire fight, and just before fighting Yendor, sell everything. You can even sell items in your quickbar by first moving them to your character sheet inventory to sell consumables. You should make it to 1000 – if not, bad luck, try again next run.

Nudist: “Win the game without equipping armor in the chest, head, hands or feet slots.” Try a Ranger. If you play with maximum caution and keep enemies from attacking you, you didn’t need the help anyway.

Unstoppable: “Win the game without taking a single point of damage.” Rightfully the hardest achievement. Play a fairy ranger/rogue and take no chances and never blink. Abuse power shot, and later power shot with perfect aim, to outrange everything. Use storm shot to hit outside your LoS. Use power/storm shot with power pot for Yendor, and try to pick up sleeping bomb/vanish along the way. You may need to do several practice runs to become adjusted to the mindset – good luck! Random595 has recorded an Untouchable/Nudist/No Time to Think run you can use as a reference 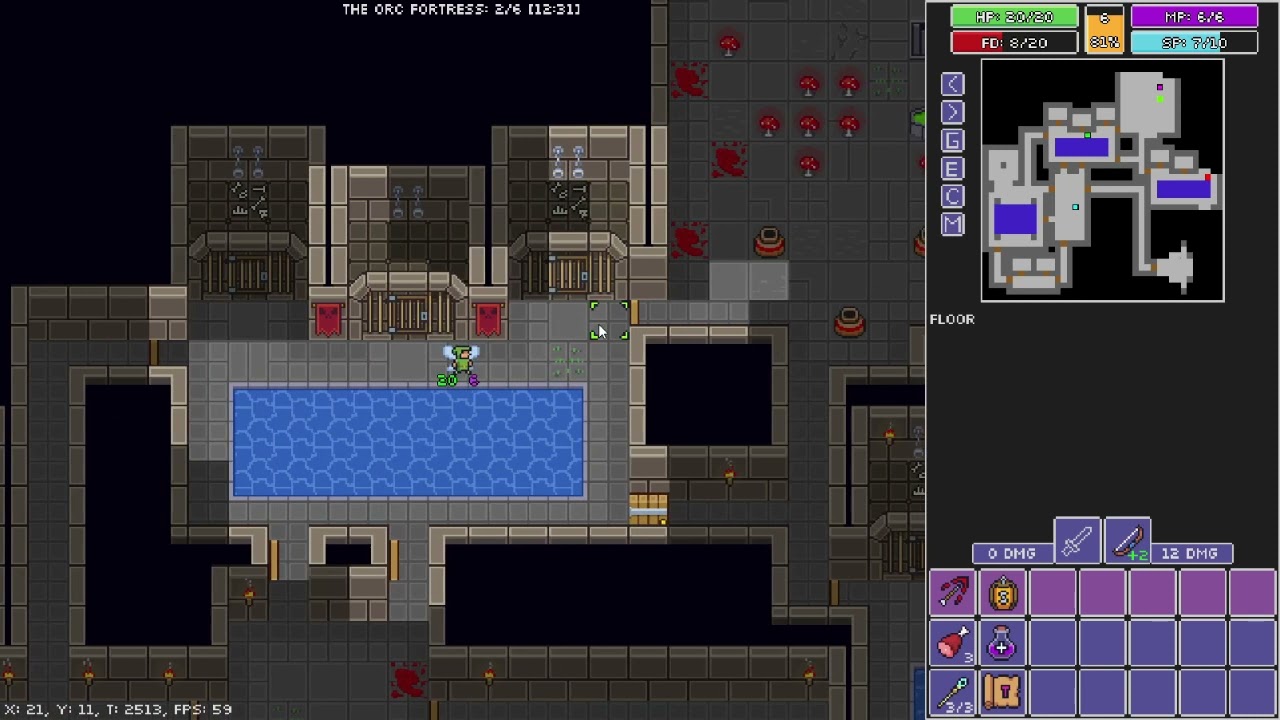 Here we come to an end for Rogue Fable III All Achievements Unlocked Guide hope you enjoy it. If you think we forget something to include or we should make an update to the post let us know via comment, and we will fix it asap! Thanks and have a great day!