The best armor for Kratos and Atreus

The best armor in GOW before NG+ is theValkyrie Set, an epic armor set. This armor grants increases to strength, defense, runic, vitality, and cooldown. 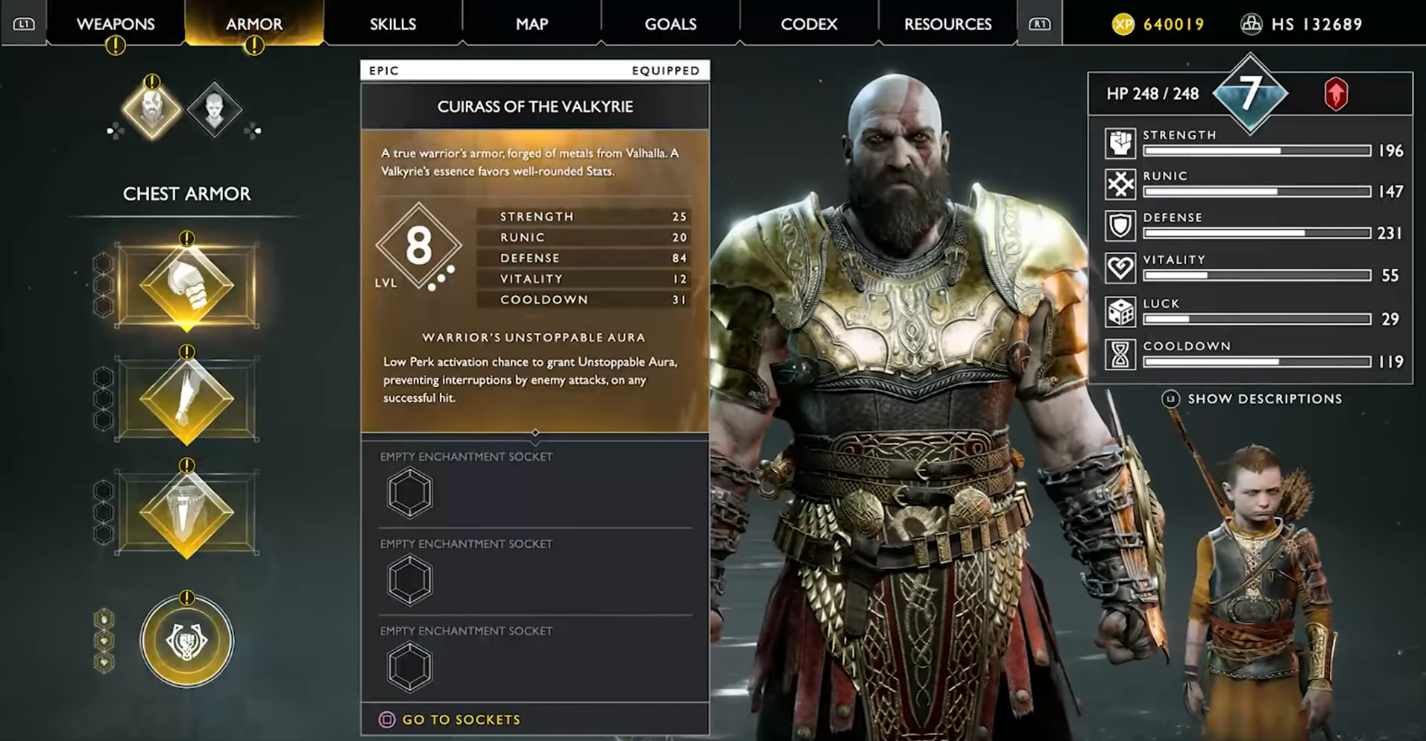 Full upgraded armor with no enchantments

• Warrior’s Unstoppable Aura has a low perk activation chance and it prevents interruptions by enemy attacks, on any successful hit. Available when wearing the Cuirass of the Valkyrie.

• Refreshing Light has a low perk activation chance and it instantly refreshes all Runic Attack cooldowns on any successful Runic Attack kill. Available when wearing the Gauntlets of the Valkyrie.

• Arcane Runic has a high perk activation chance and it grants a Blessing of RUNIC when using a Runic Attack. Available when wearing the Waist Guard of the Valkyrie.

• The Cuirass of the Valkyrie is acquired by defeating Hildrin Niflheim.

• The Gauntlets of the Valkyrie are acquired by defeating Gondulin Muspelheim.

• The Waist Guard of the Valkyrie is acquired by defeating Olrunin Alfheim.

Legendery Runic Vestment (The best for me) 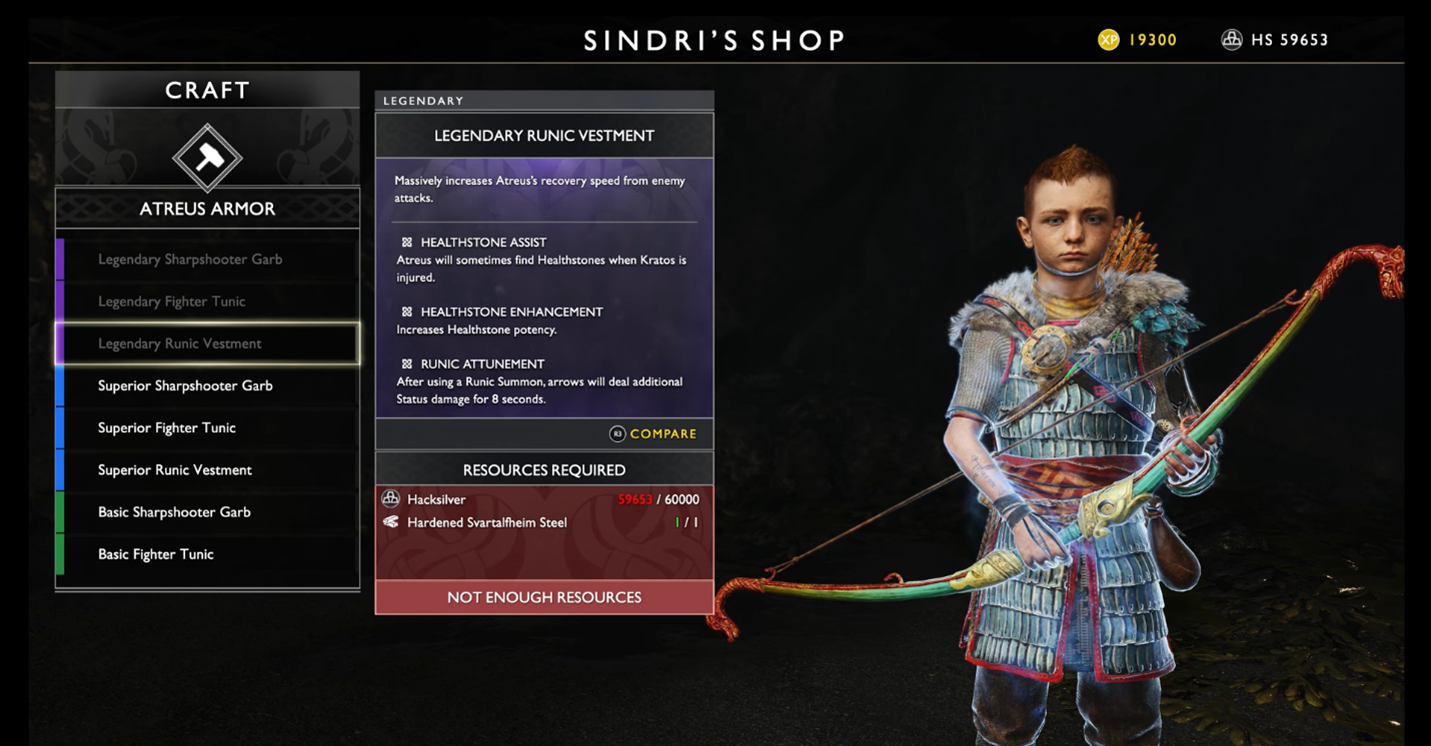 Where can I get the Hardened Svartalfheim Steel?

The best armor in GOW is the Zeus Armor, a perfect set of armor only available in God of War’s New Game Plus. Each piece has three enchantment sockets. 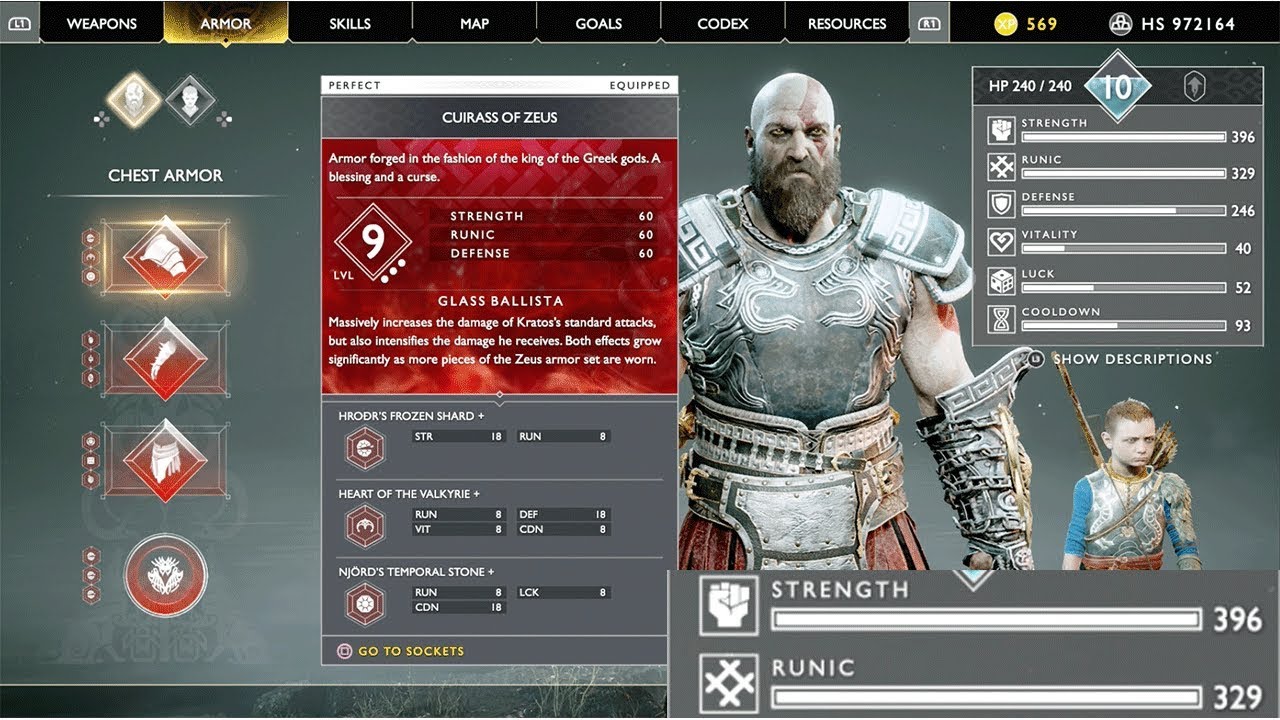 Glass Ballista: Massively increases the damage of Kratos’s standard attack, but also intensifies the damage he receives. Both effects grow significantly as more pieces of the Zeus armor set are worn.

• The Cuirass of Zeus is acquired by defeating Sigrunin Midgard.

• The Gauntlets of Zeus are acquired by defeating Gondulin Muspelheim.

• The War Belt of Zeus is acquired by defeating Hildrin Niflheim. 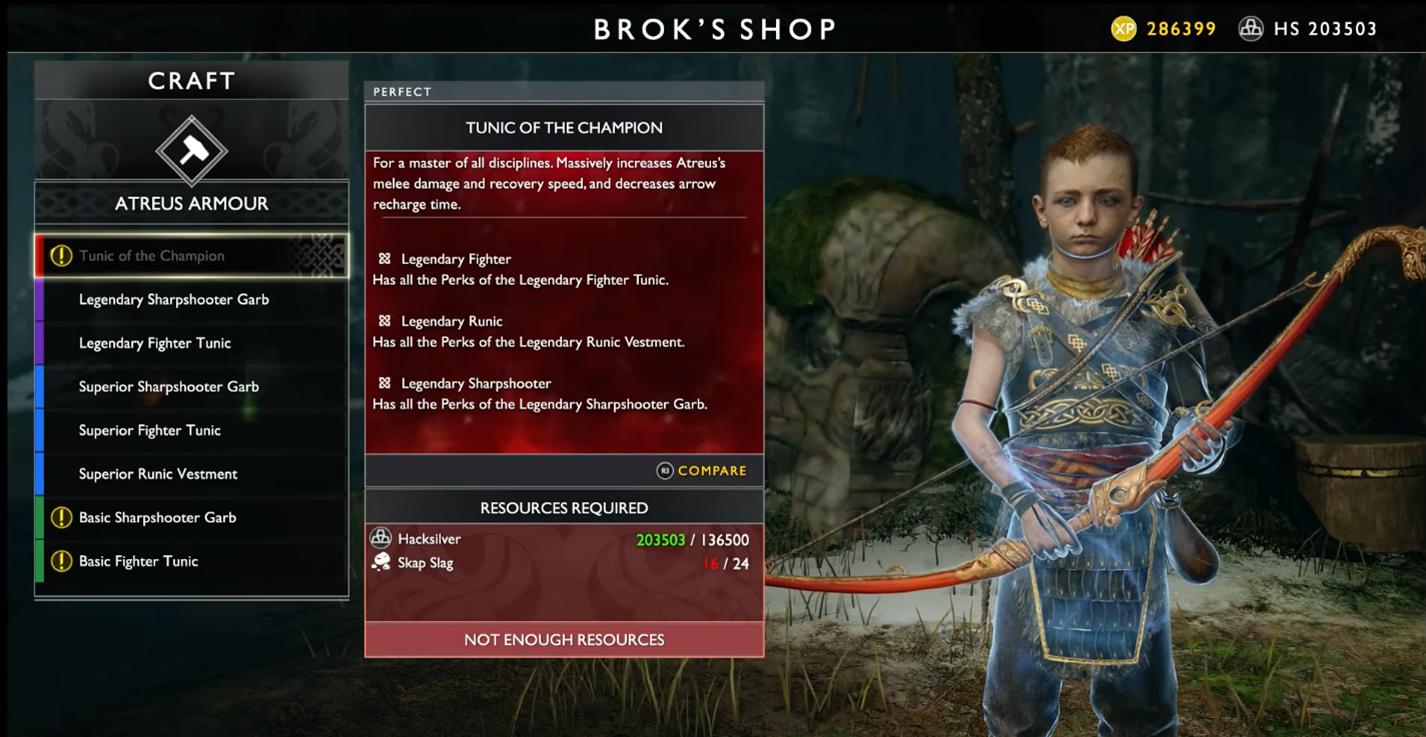 How to get Skap Slag?

There are a few ways players can get Skap Slag:

• Reach milestones in the story

For a lot of players,the easiest way to collect Skap Slag will be to simply progress through the story, unlocking caskets along the way.

Here we come to an end for God of War Best Armor in The Game hope you enjoy it. If you think we forget something to include or we should make an update to the post let us know via comment, and we will fix it asap! Thanks and have a great day!