Hi and welcome to this guide this section is for people who might not understand how this process works and why people are saving bloodpoints in the archive so if you already know what this is about feel free to skip ahead. The most recent tome is the first on the list followed by all tomes in order so feel free to go to whichever one you need

Technically this is not the most optimal layout to save the most bloodpoints. Sometimes there are challenges that are locked behind challenges with a higher BP payout this would mean that claiming the initial challenge to save the other would overall lead to less BP saved overall. However I like to prioritize at least finishing every challenge per tome so when it comes to these situations my guide will claim these leading to a slightly lower payout overall. This is not that bad and loses about 20k BP overall so its not too big of a deal I just thought I should clarify before starting this guide.

Firstly why do people save BP?

This is done so when a new chapter is released people have a bank of BP that they can tap into to quickly level up the character and get the perks they want on them too. This is because DBD has a built in BP cap of 1 million BP so people like to store more bloodpoints in the challenges themselves

What does it mean by archive path?

Achieves are laid out by challenges between two points a Prologue (An eye shape usually near the far left) and the Epilogue (The same eye shape near the far right). A path is a line between these two points that claim the least amount of challenge rewards which also making sure that every challenges is able to be selected. This is because a challenge can only be selected once another challenge connection by a line is completed and the reward is collected. So the most “optimal” path is one that claims the least bloodpoints while making sure to reach the epilogue and make every challenge selectable.

How to read this guide

Really my only credits are to u/RedManDancing and u/JaxChester on Reddit. Both of them have been doing these most optimal path posts on reddit now for years and I have been using them for my own personal pathing way before I decided to make this guide so they deserve all the credits for making the paths used in this guide. Also credit to MichaelMason115 and their guide I used for Tome 1-3 as neither of the redditors had paths going back that far, if you want a path that completely maxes out BP and doesn’t purposely slightly lower the amount of BP saved for the ability to finish every challenge they also have a guide that is really good. https://steamcommunity.com/sharedfiles/filedetails/?id=2533532613 – [steamcommunity.com] 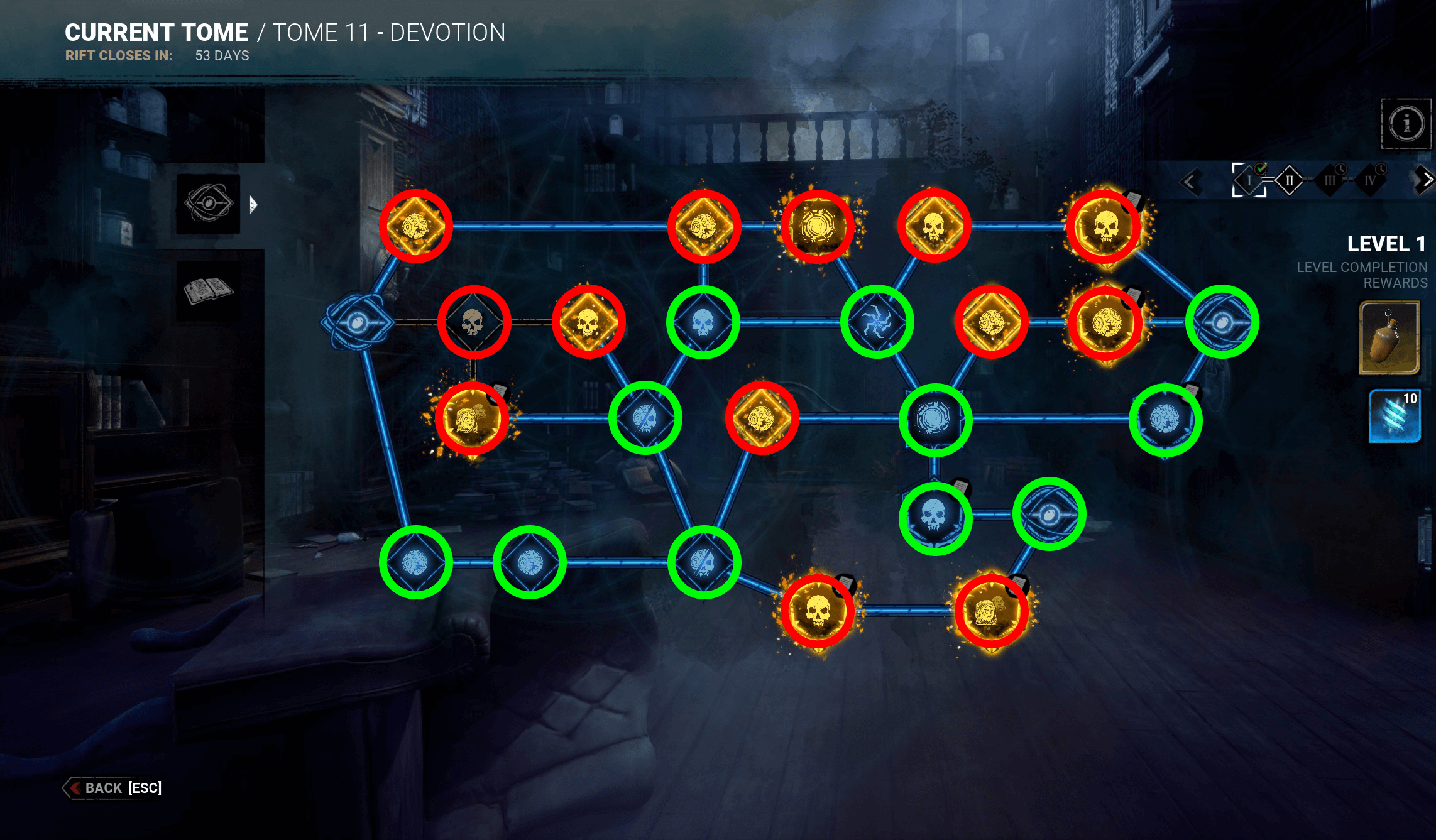 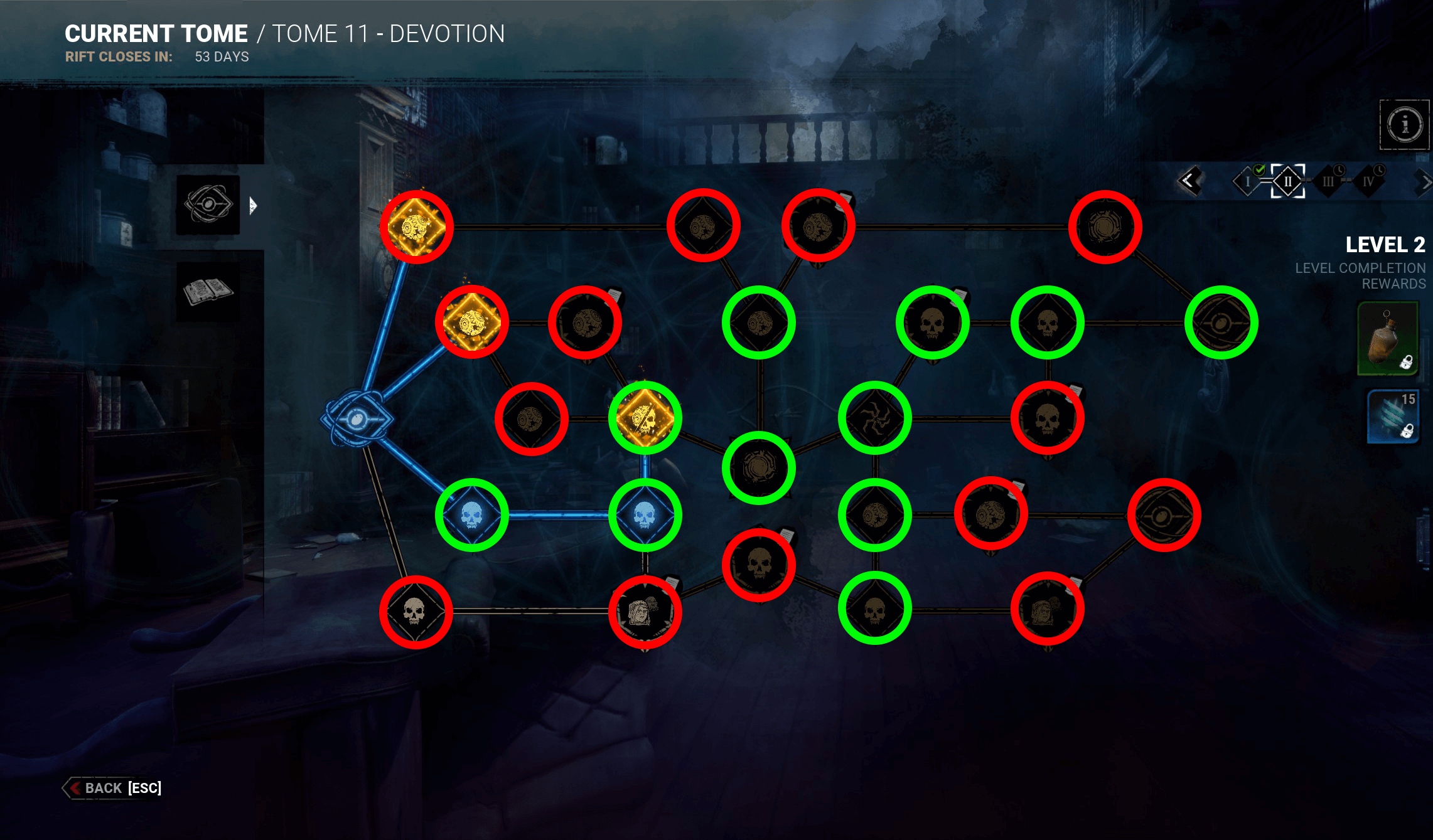 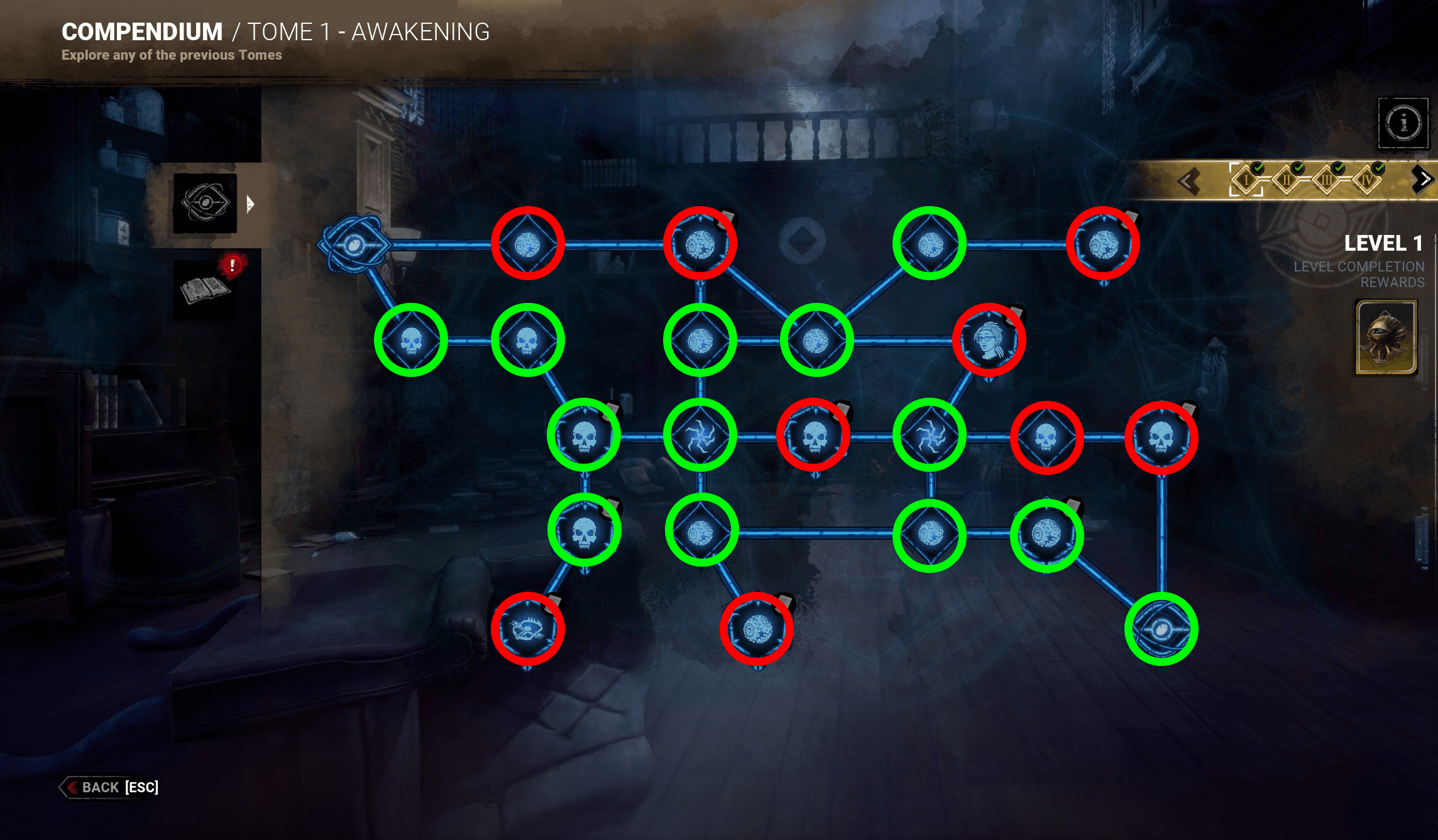 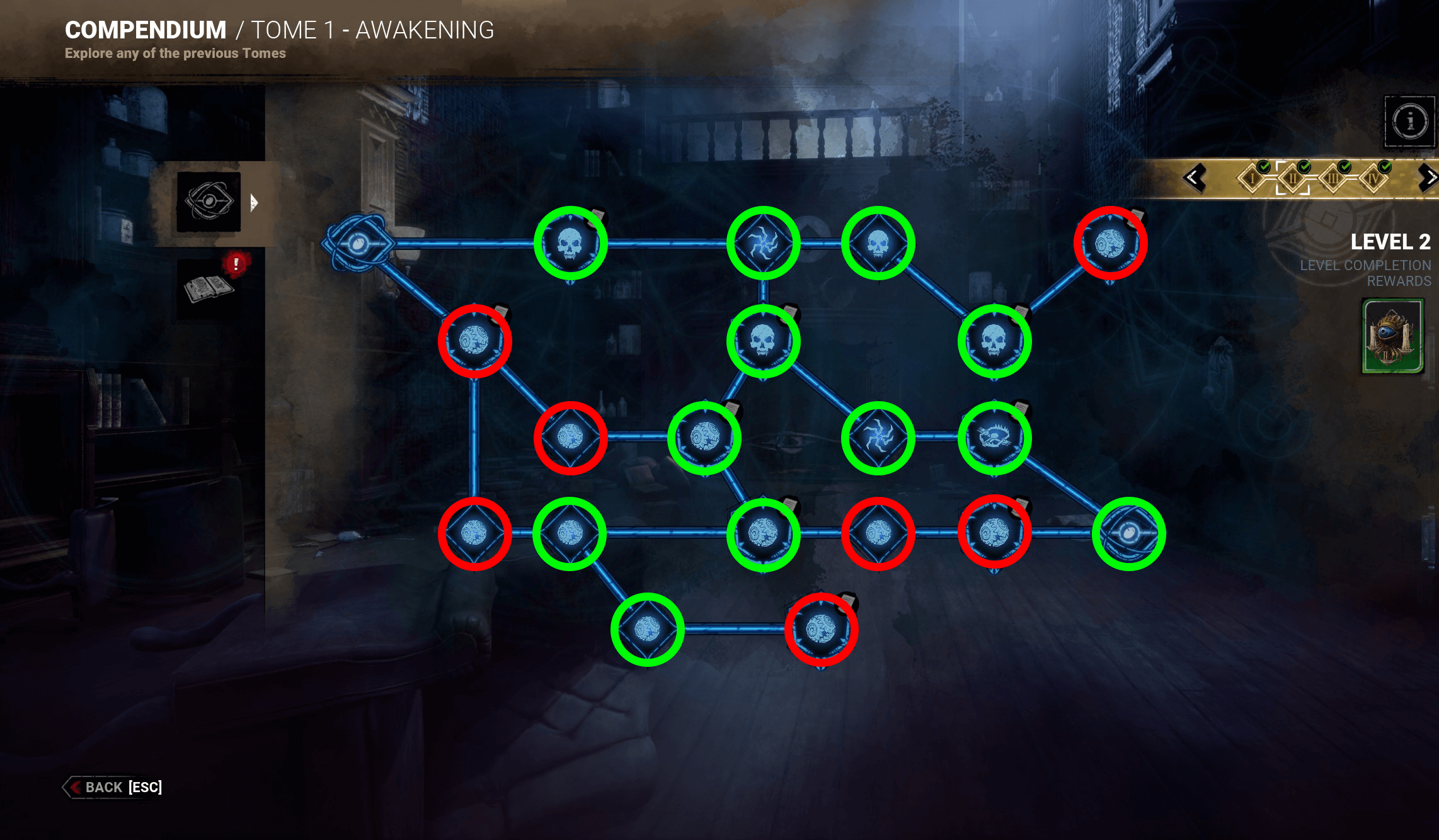 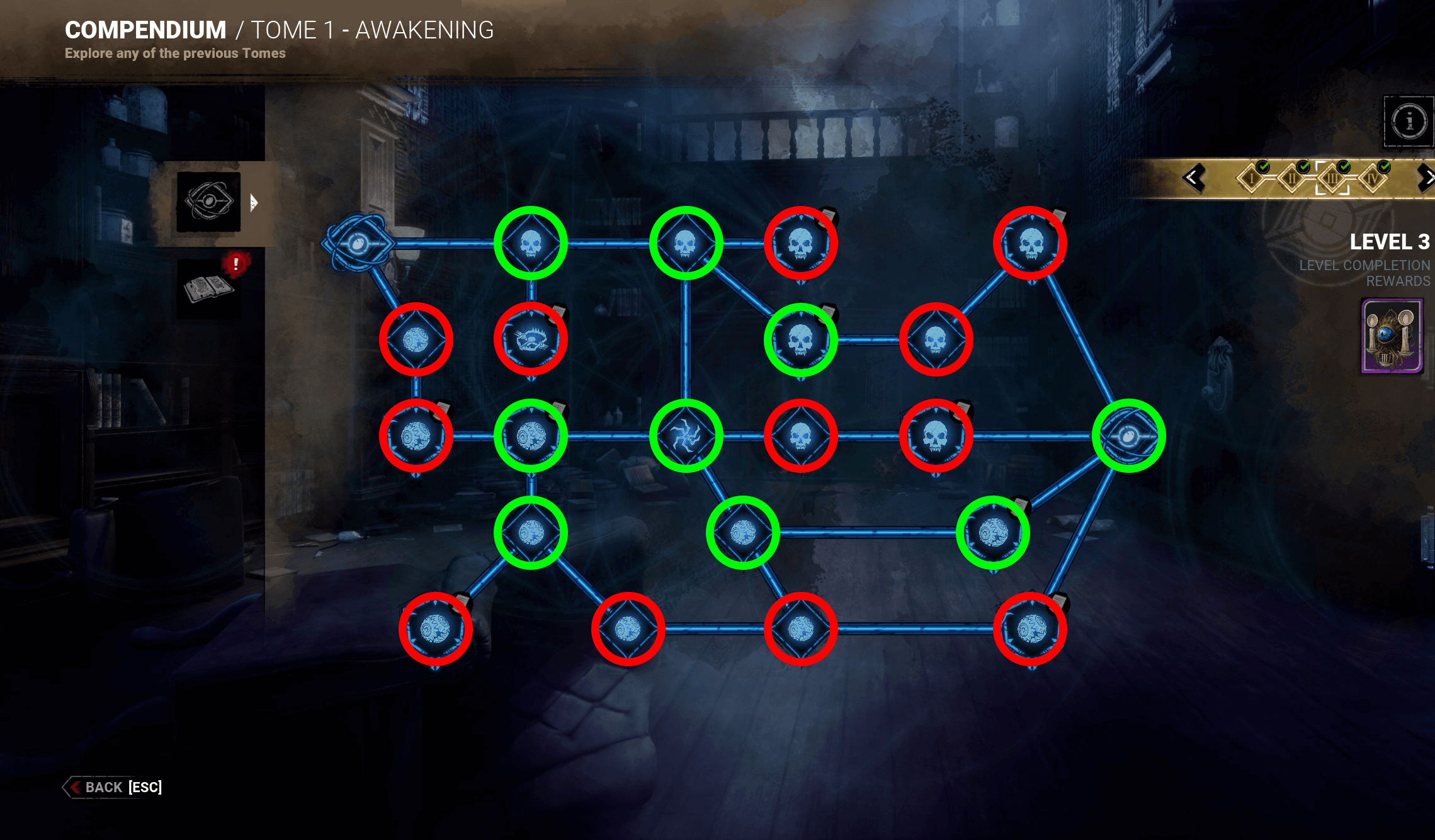 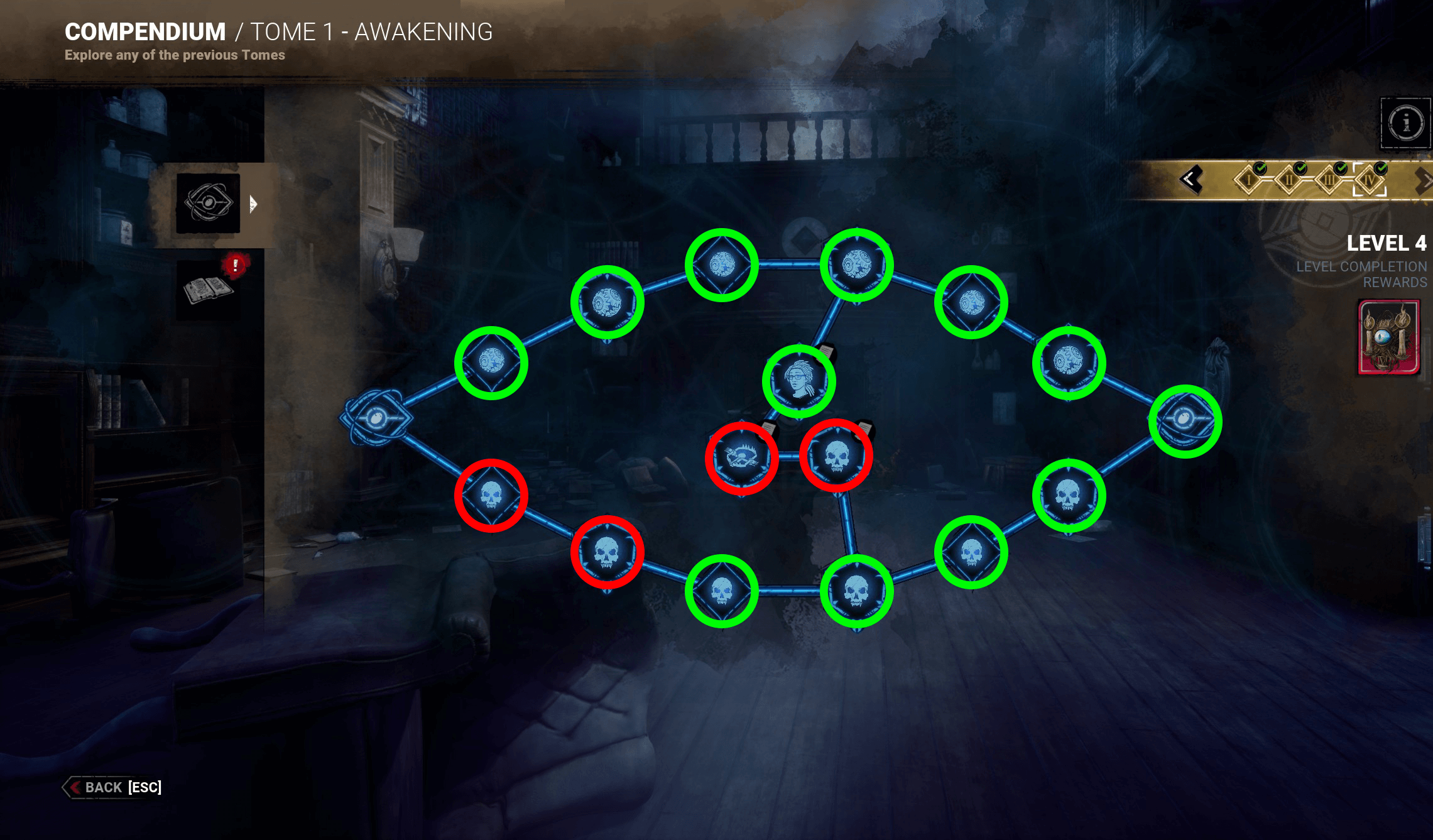 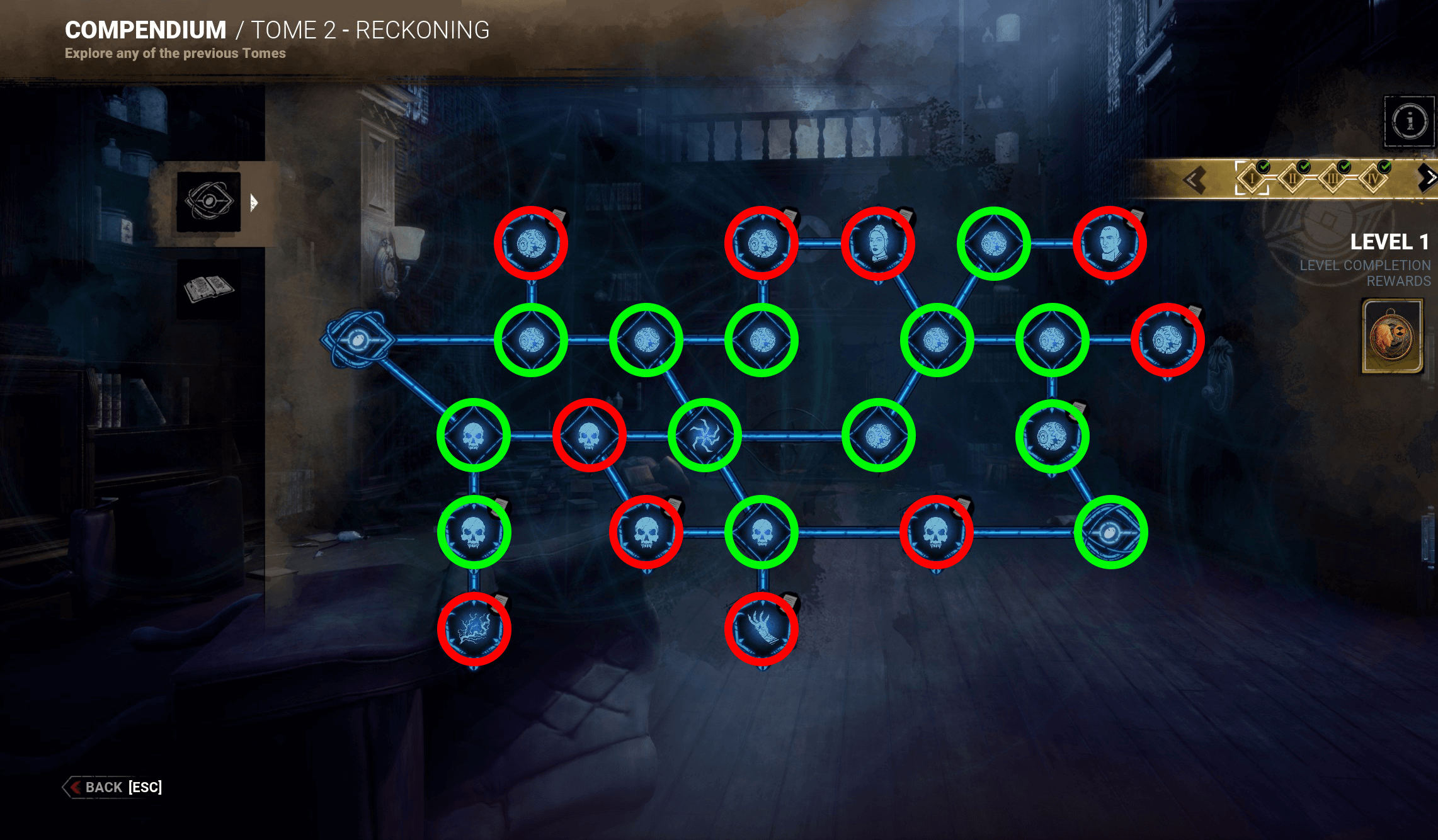 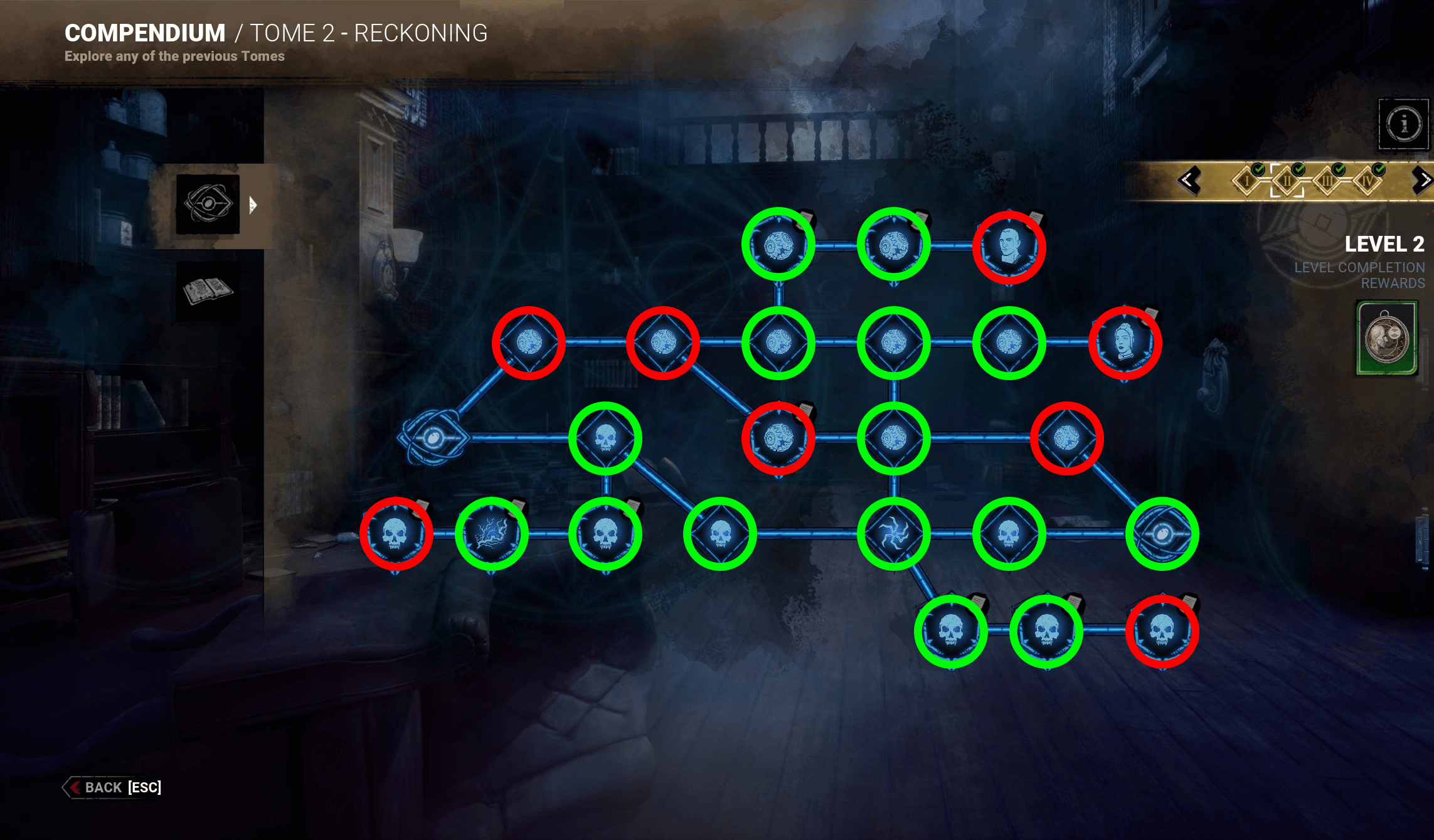 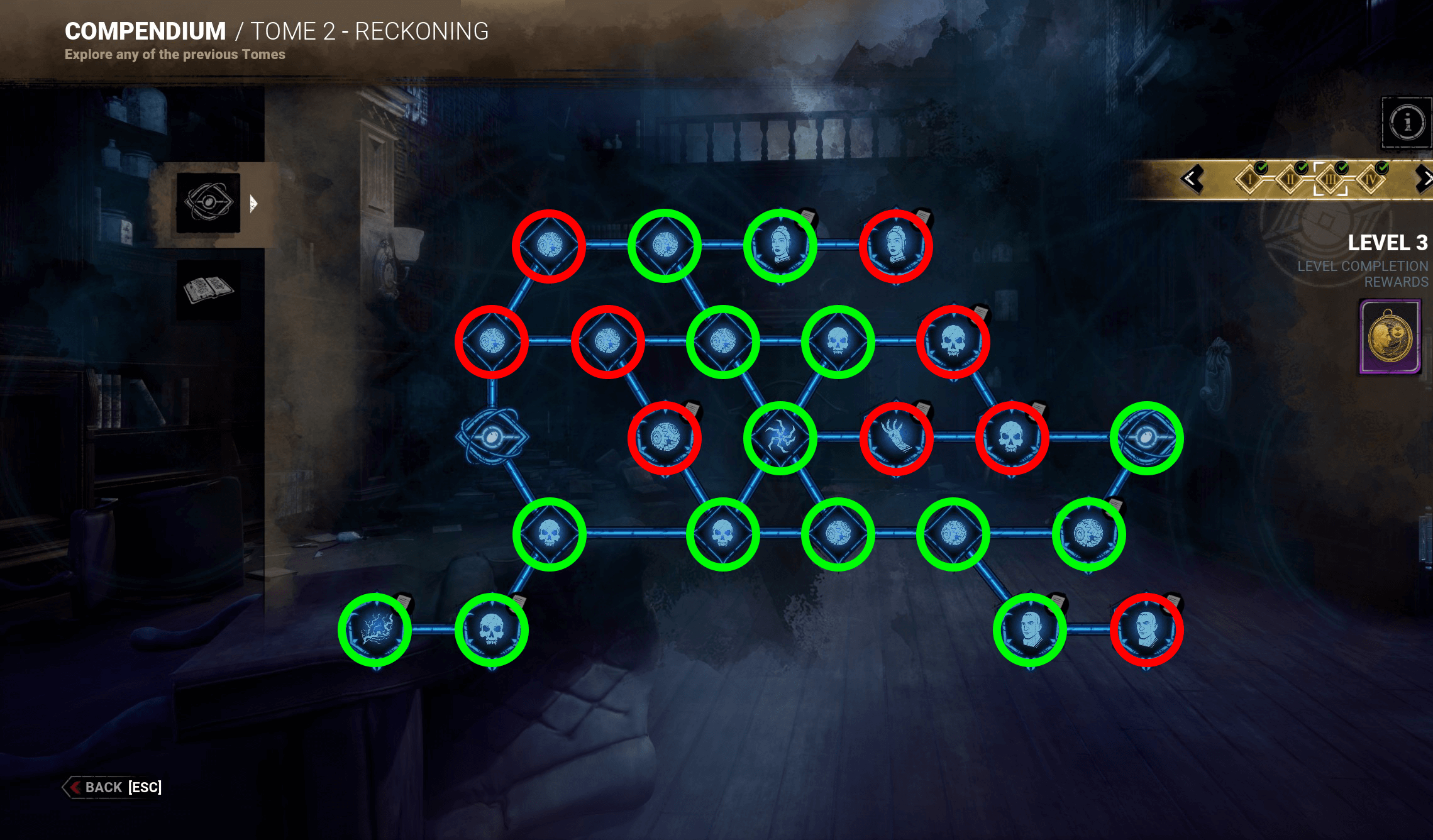 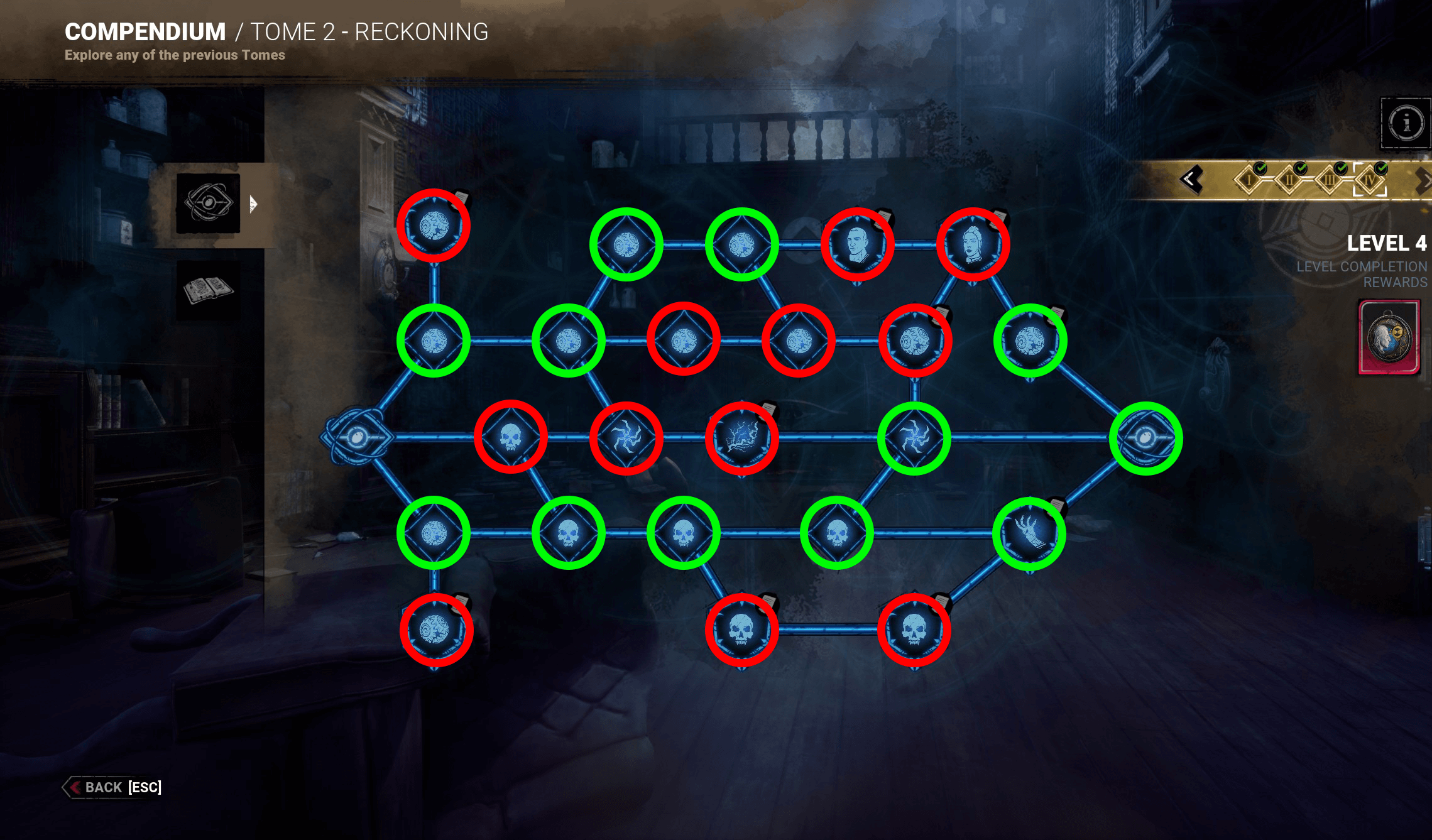 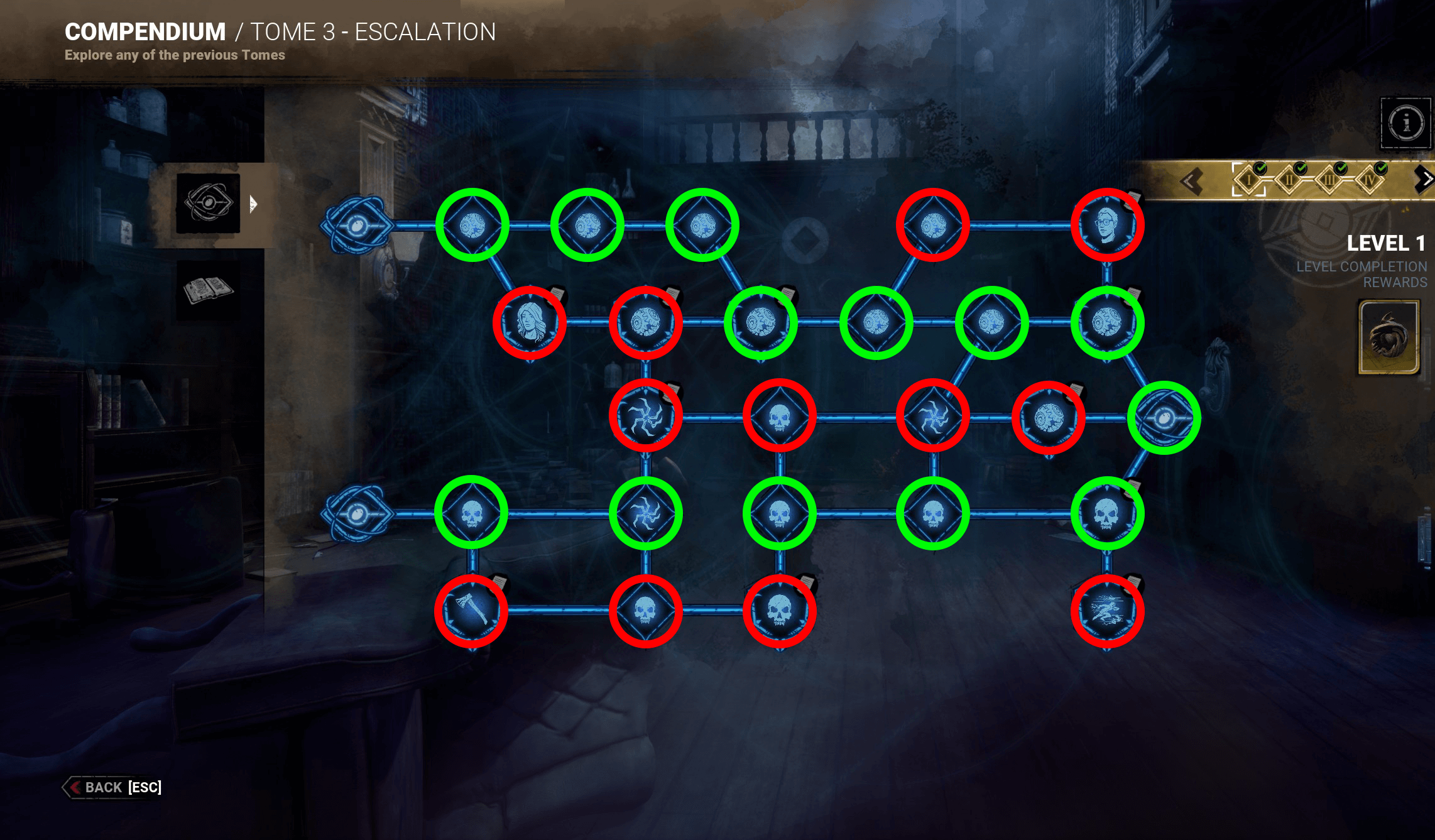 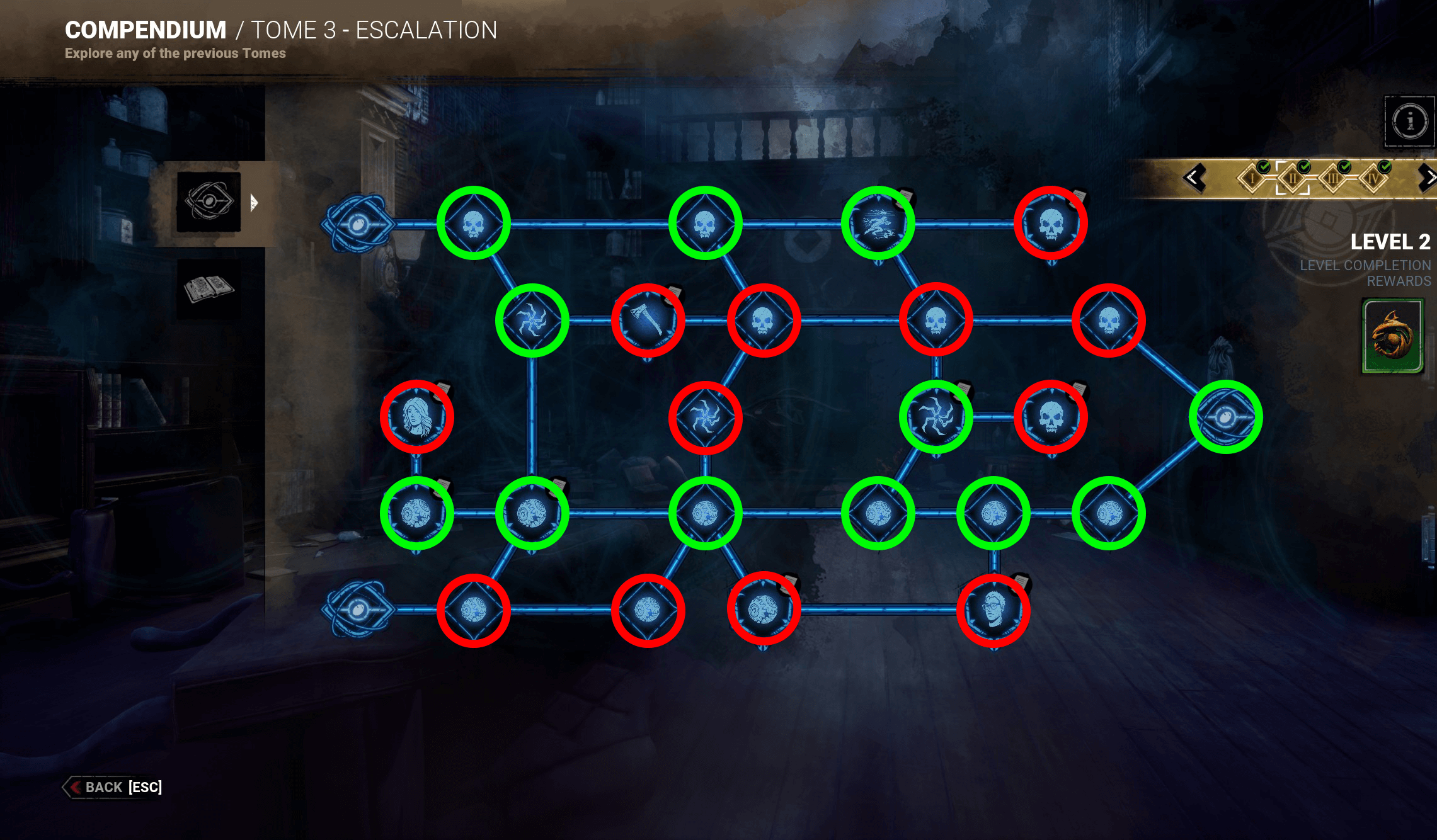 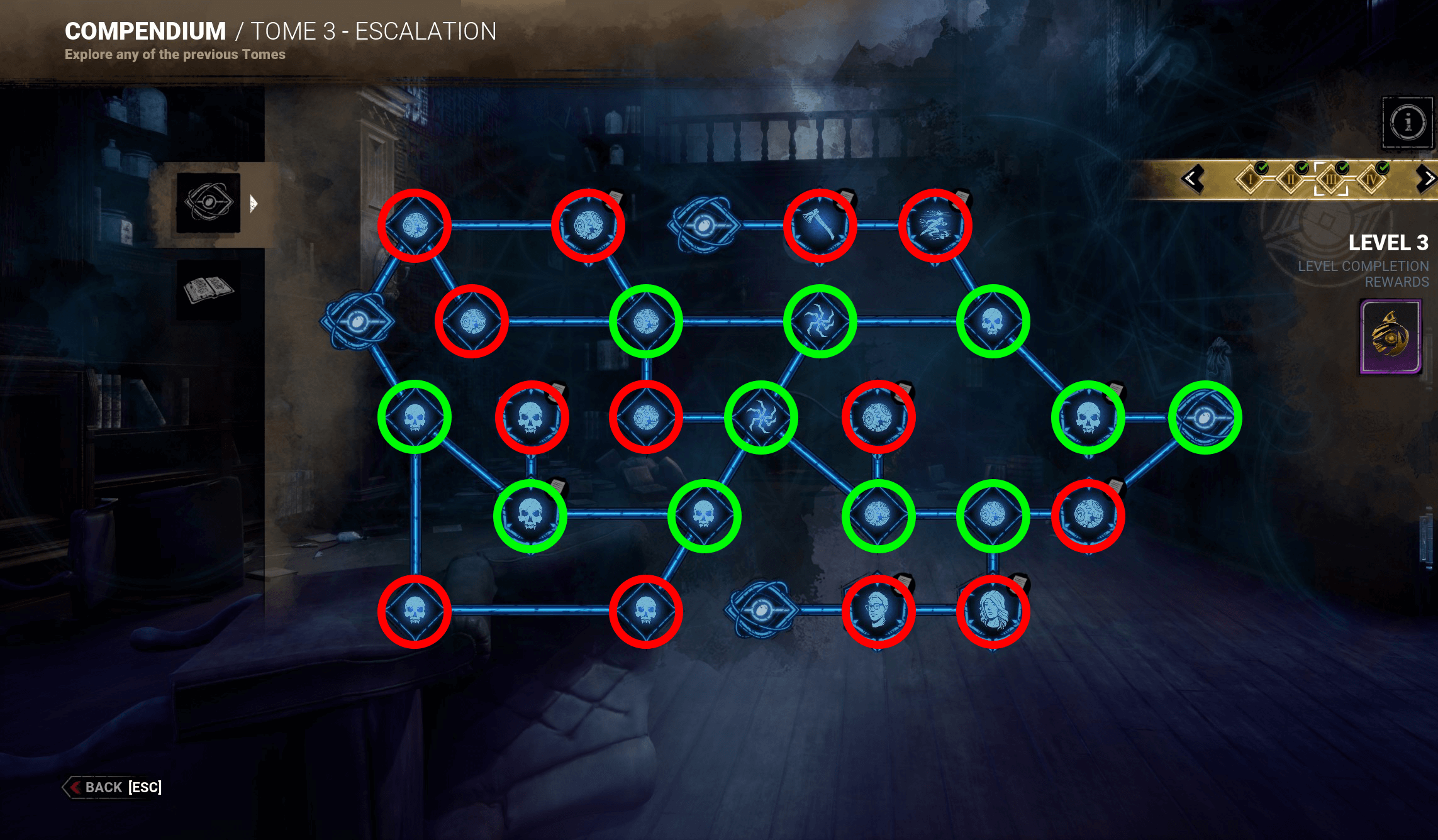 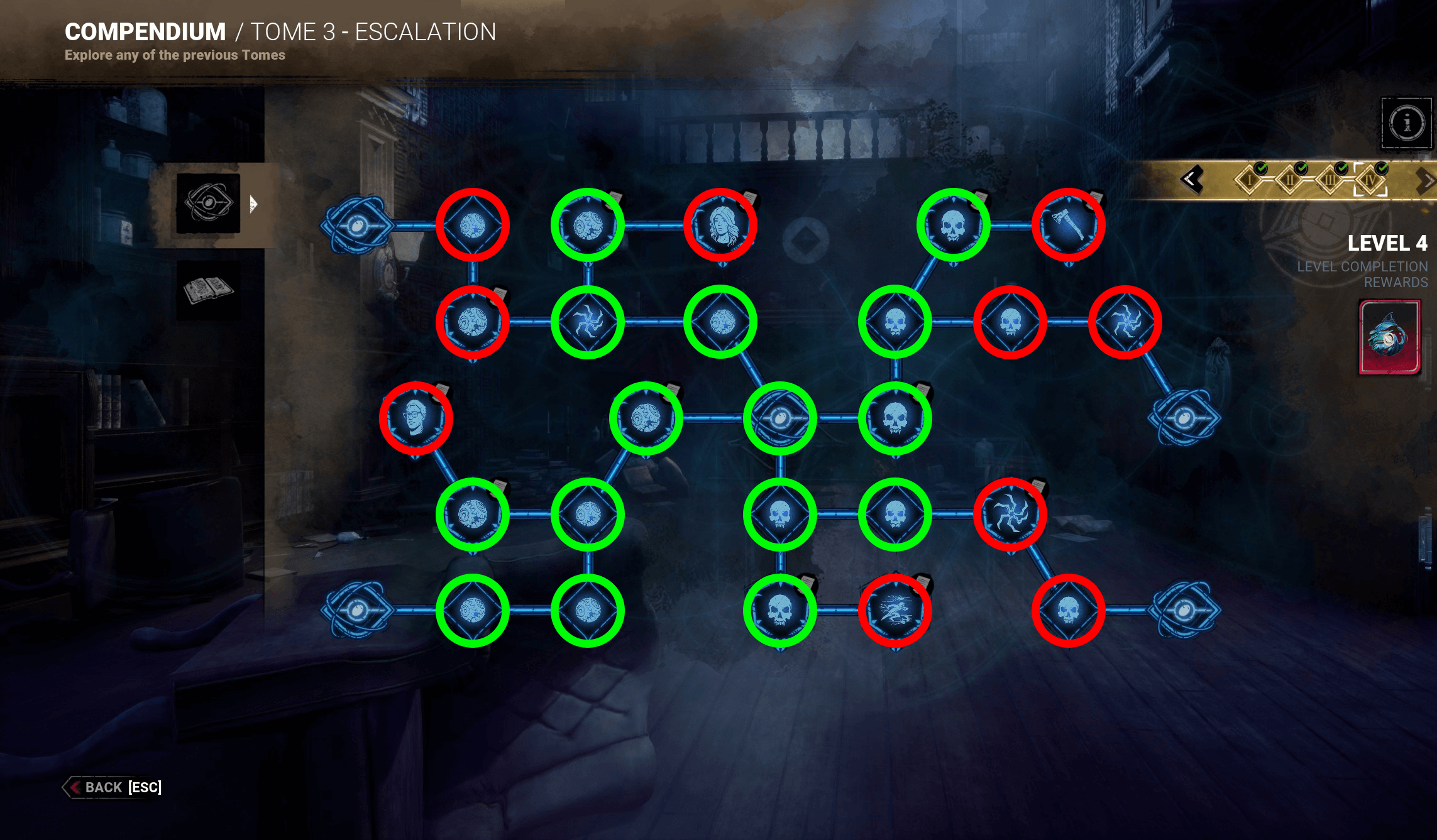 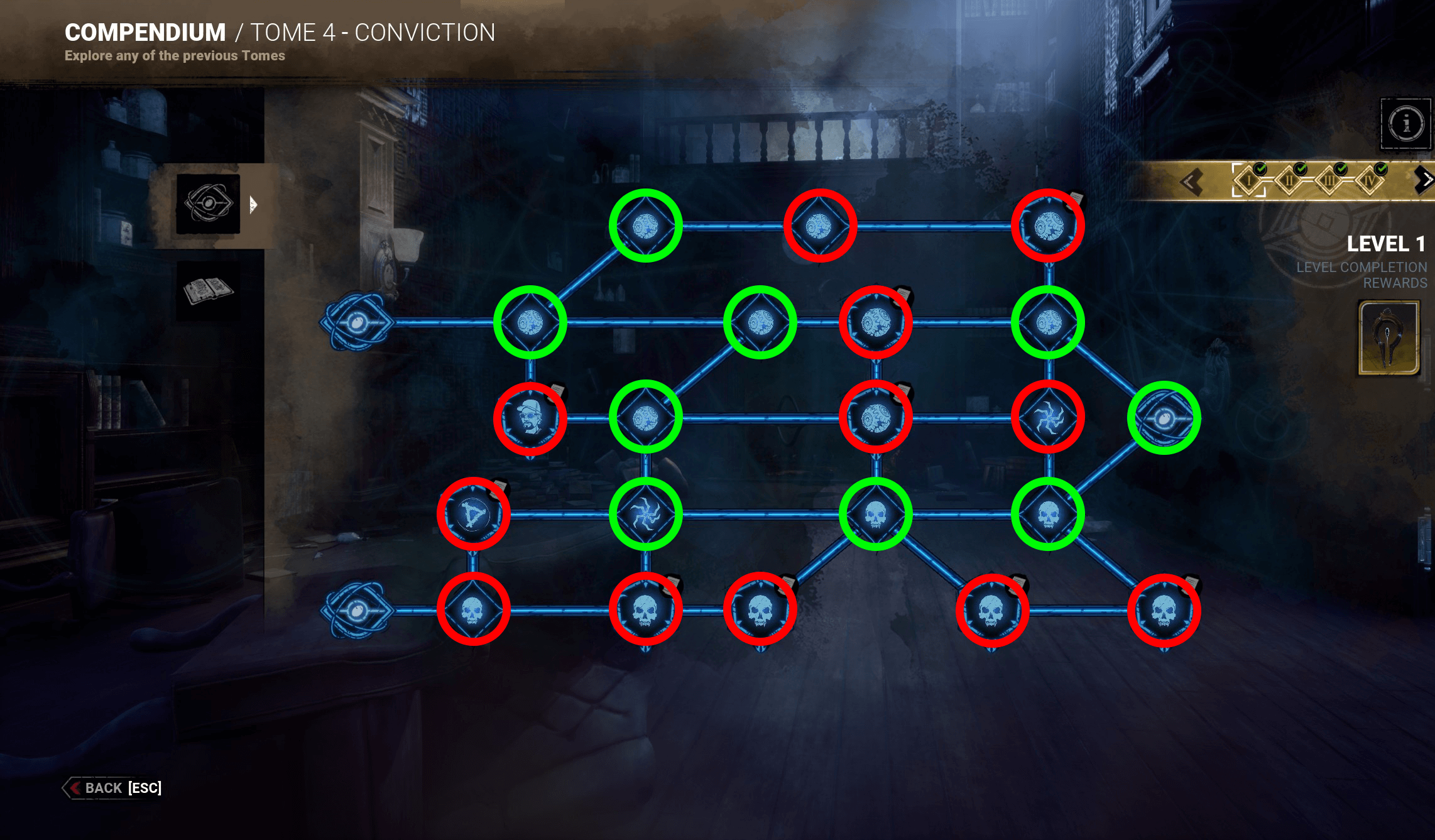 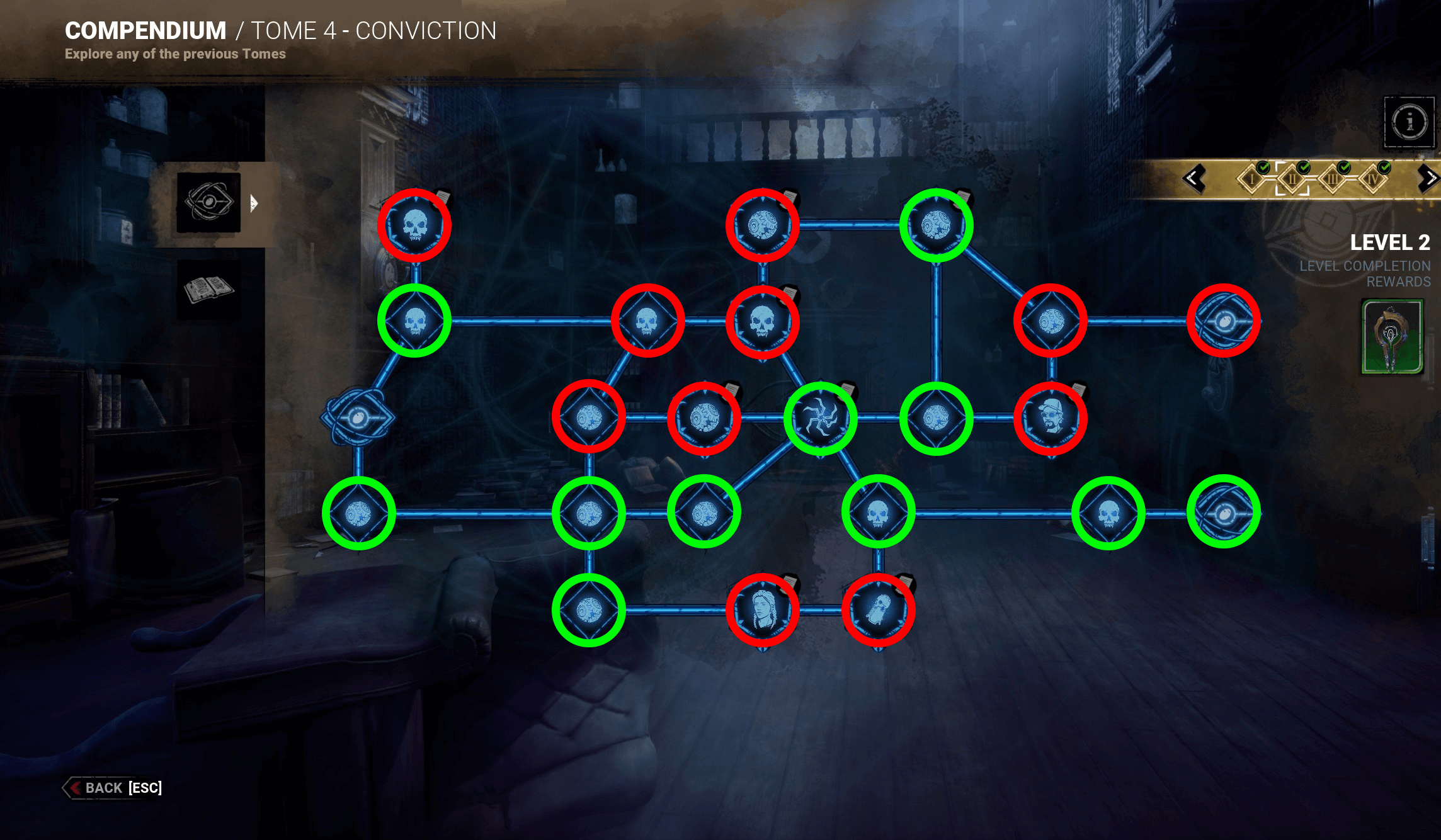 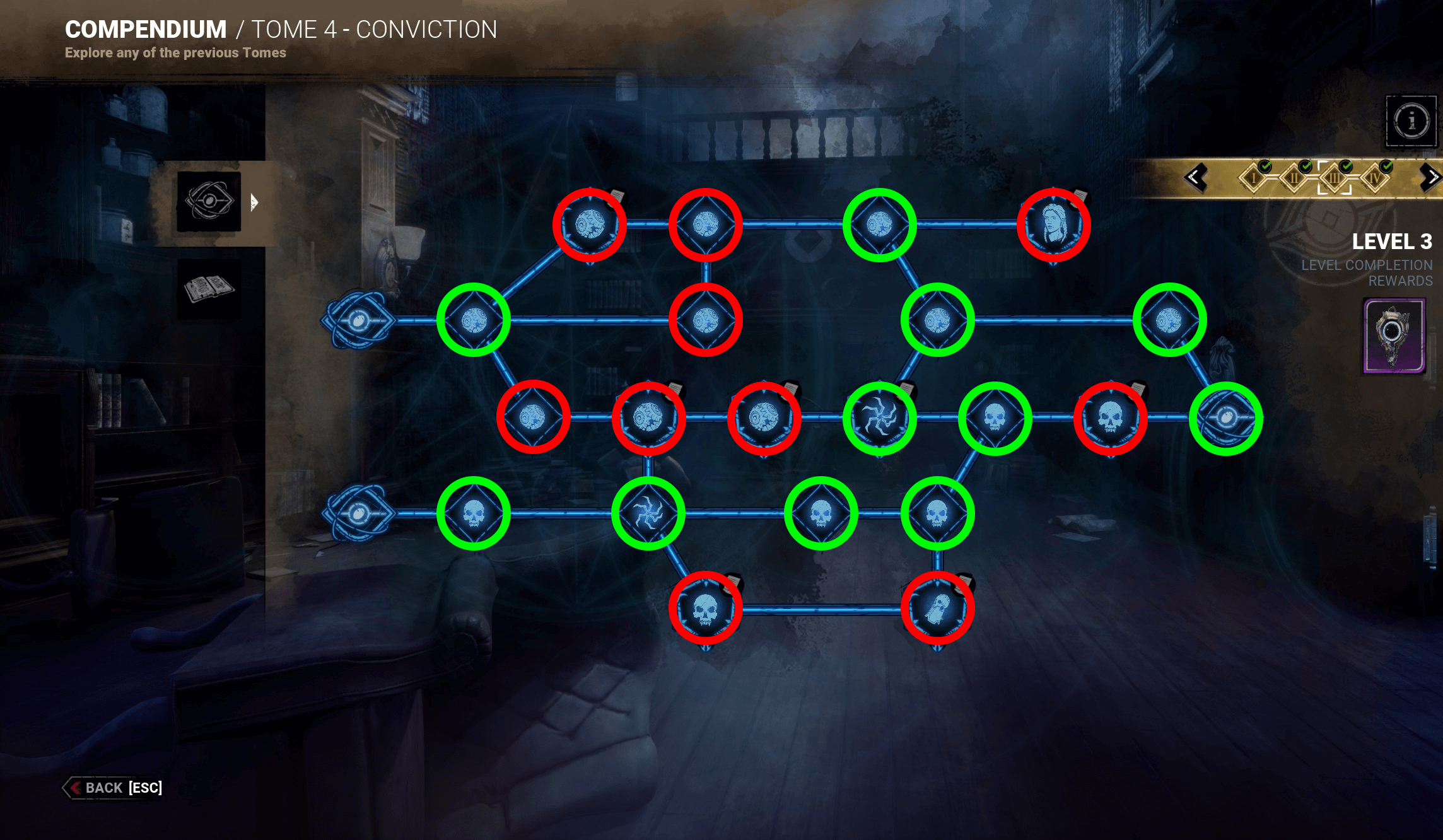 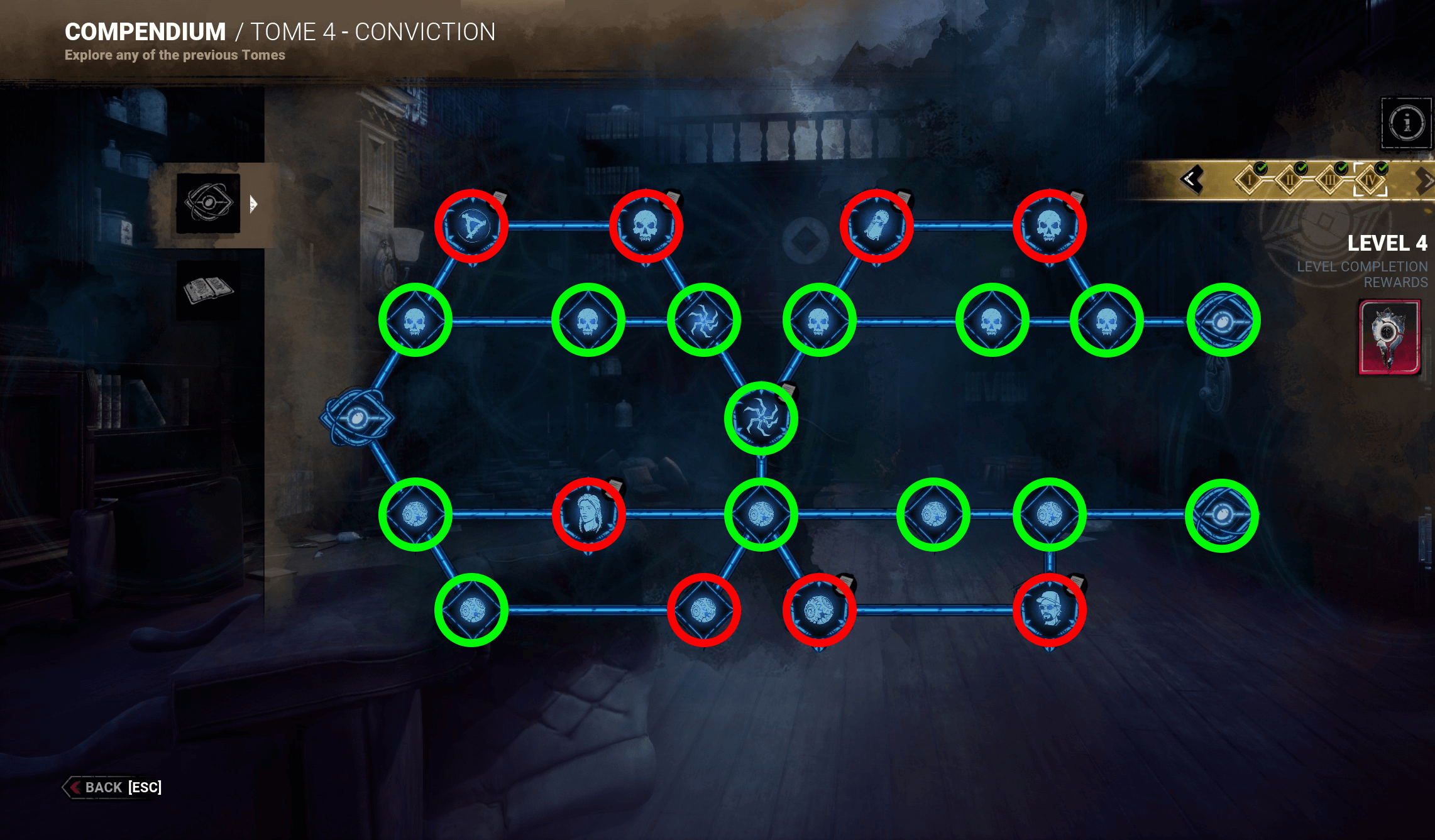 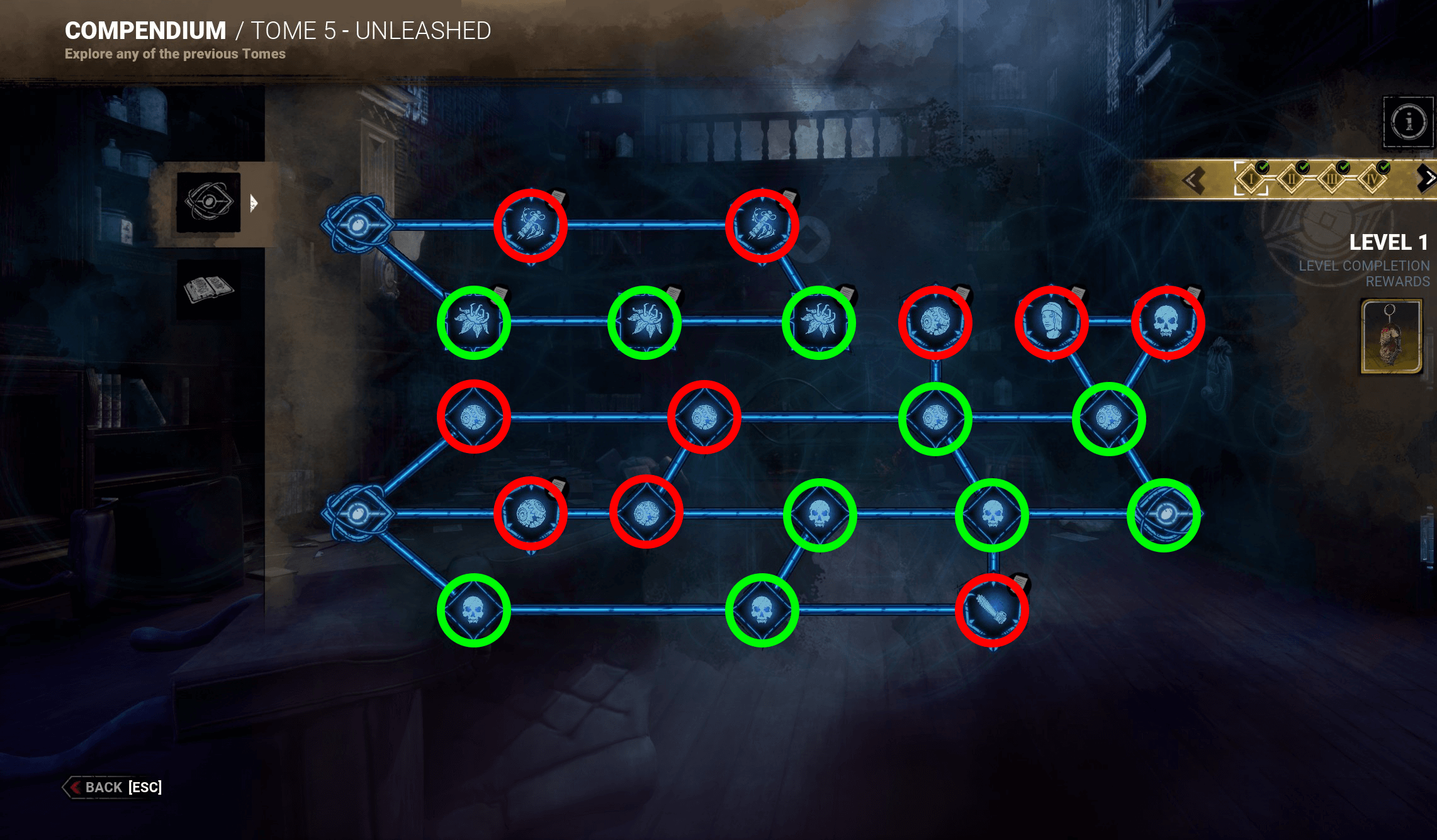 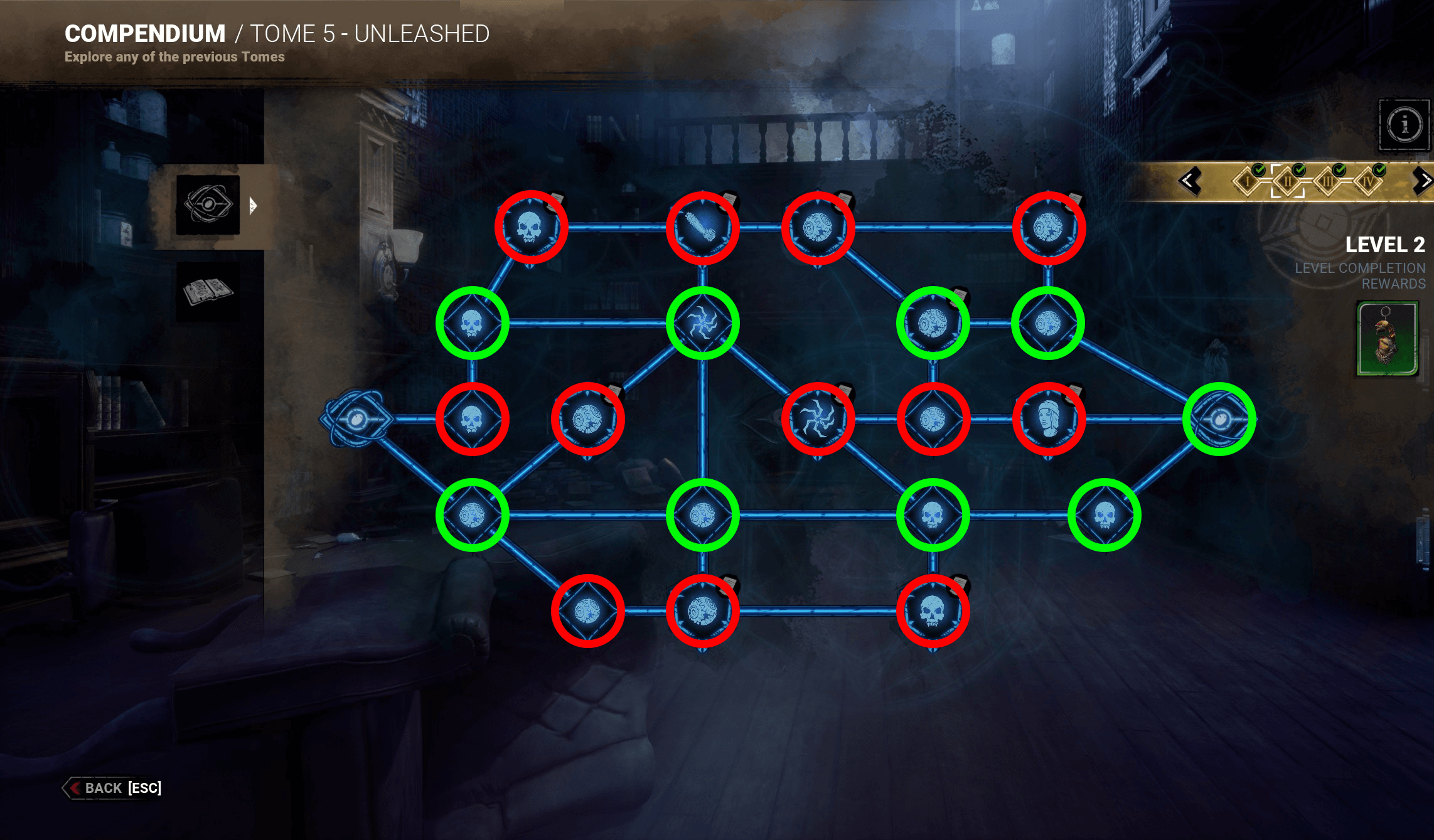 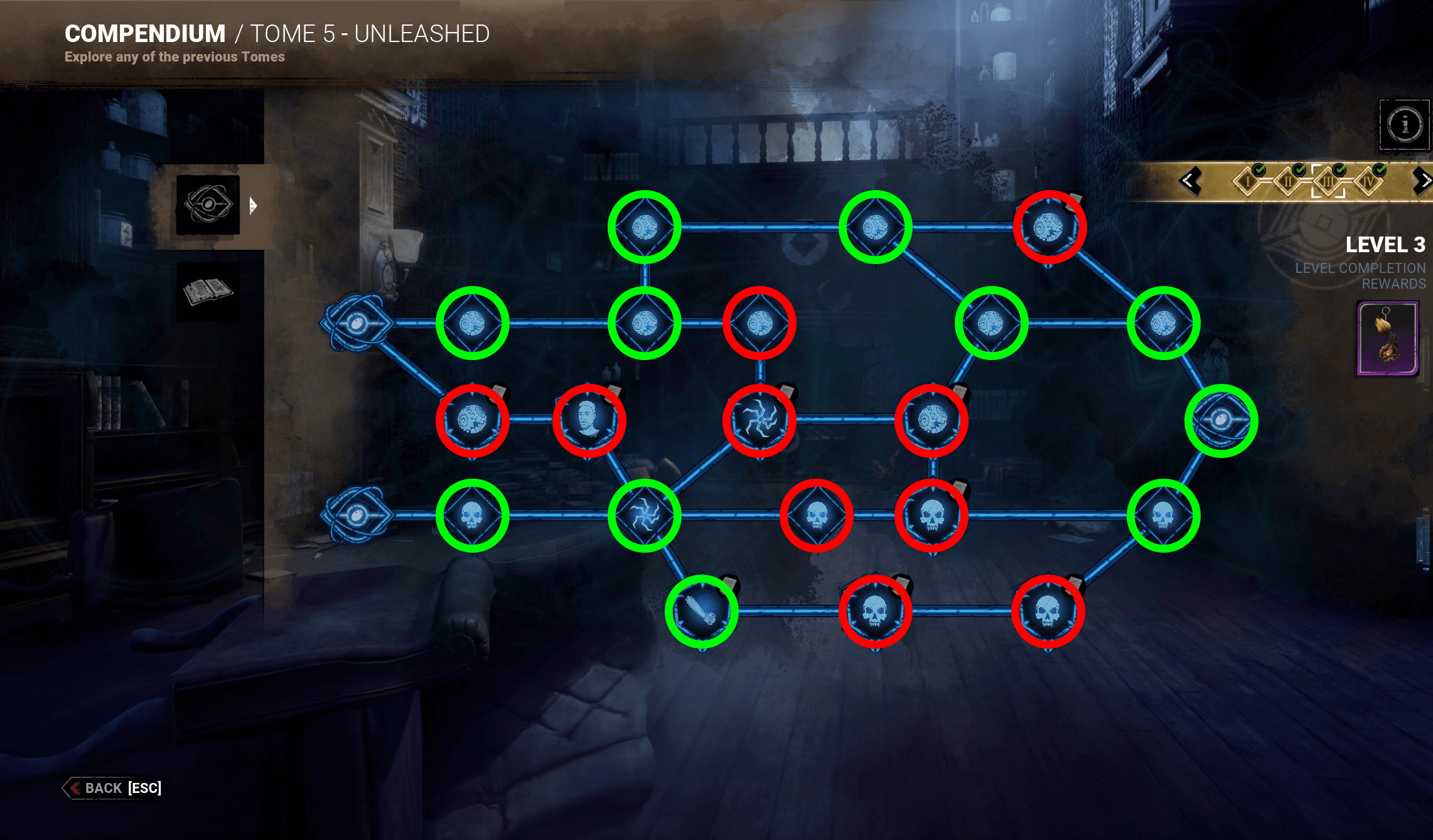 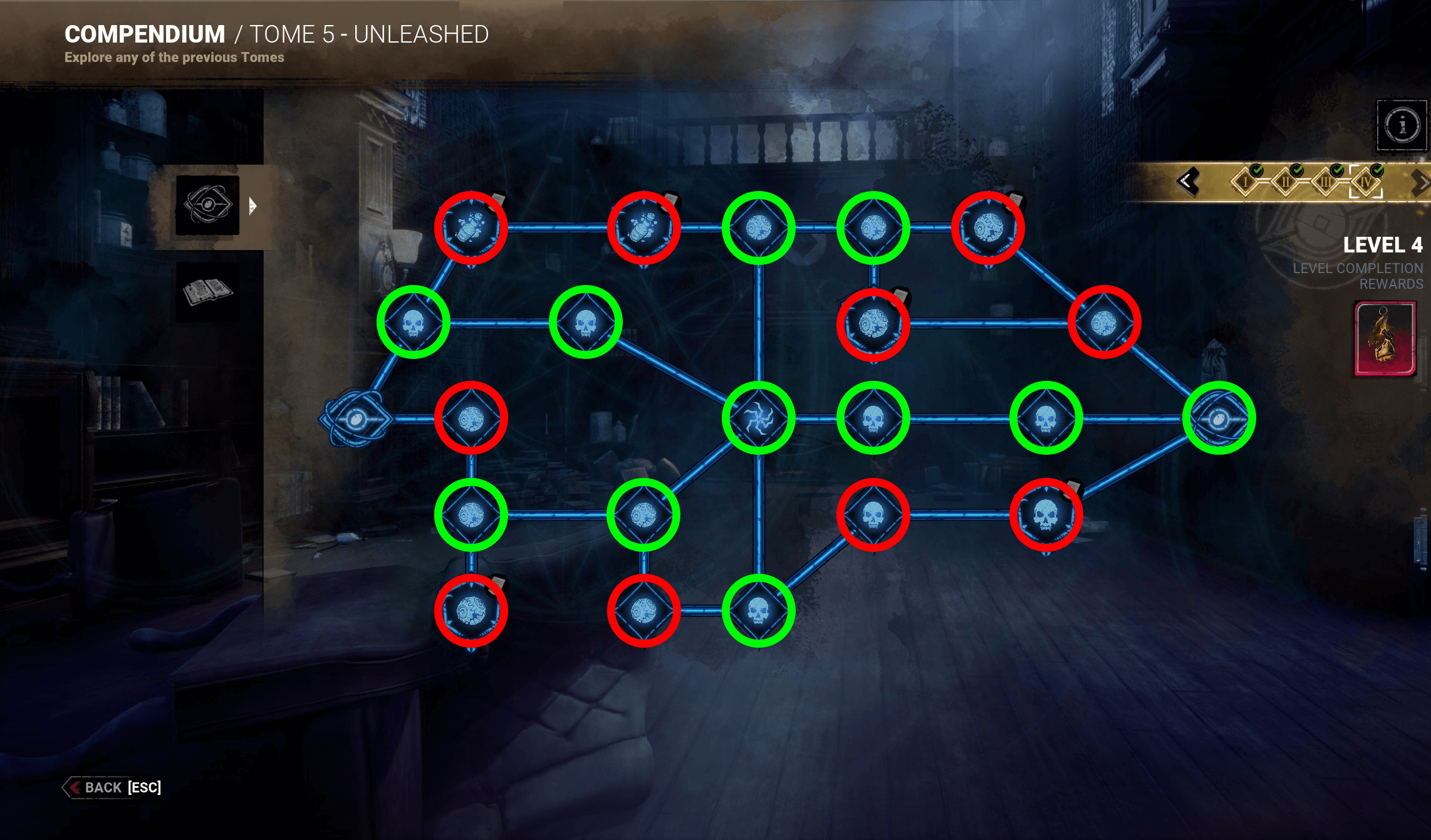 Hope you enjoy the post for Dead by Daylight WIP – Archive Path to save the most Blood Points, If you think we should update the post or something is wrong please let us know via comment and we will fix it how fast as possible! Thank you and have a great day!