You can vote any citizen you want at any time to be one of your country senators inside the game. The vote is made through the same vote button as the president on game profile page of the voted citizen. The votes are calculated weekly to designate the new country senators with the most votes in the country. At the end of the fourth week votes are reset to 0 so citizens should try to get new votes if they want to have a chance to be elected. There are a total of 20 senators to be in office by the number of votes. First by number of votes is designated country president and next 20 citizens by number of votes will be country senators. If there are not all spaces filled by the number of votes in elections then the remaining spaces will be awarded to citizens that have the most fame(from 85000 fame up) and have logged-in in the last 5 days before elections. 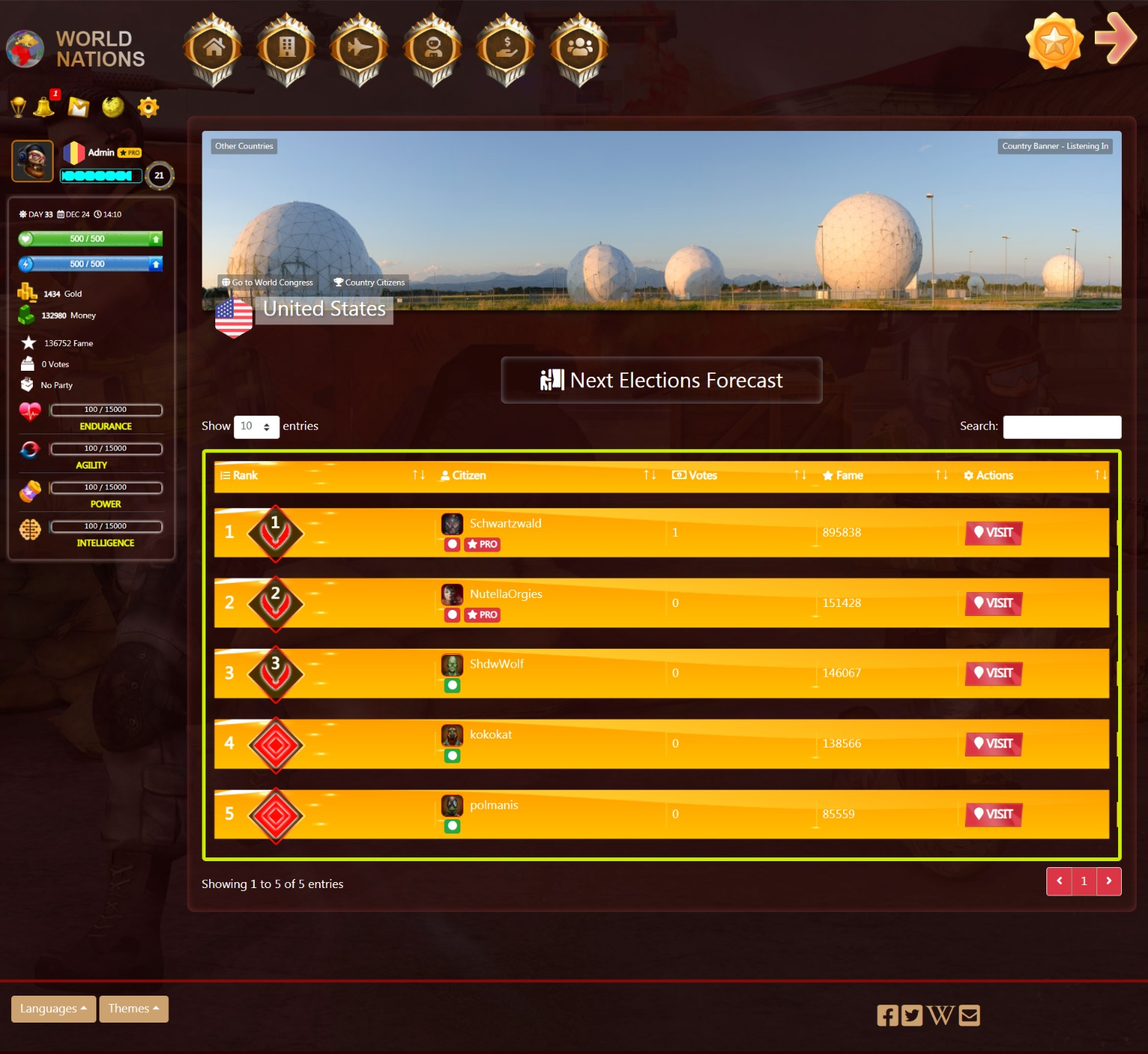 Hope you enjoy the post for World Nations Game Country Senators Guide, If you think we should update the post or something is wrong please let us know via comment and we will fix it how fast as possible! Thank you and have a great day!