This page contains the map and locations of the Velen region in The Witcher 3: Wild Hunt

There are a total of 11 Main Quests available in the Velen Region. You can get these automatically when you complete the previous Main Quest associated with it. 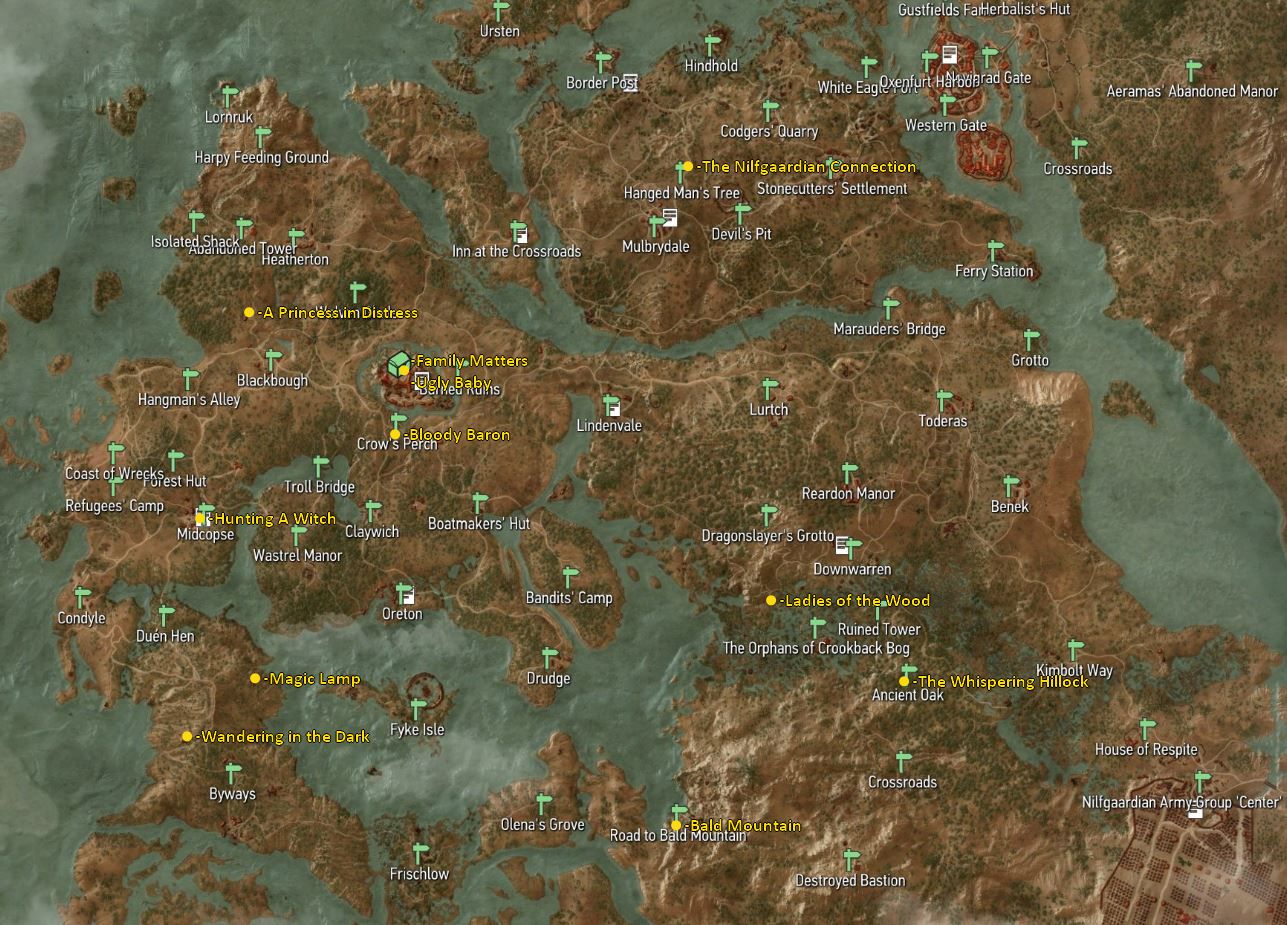 There are a total of 35 Side Quests available in the Velen Region. You can get some of these from the Notice Boards scattered around Velen or by directly talking to the quest giver. Some Side Quests require the player to be at a certain point in the story or to have finished other side quests to activate. 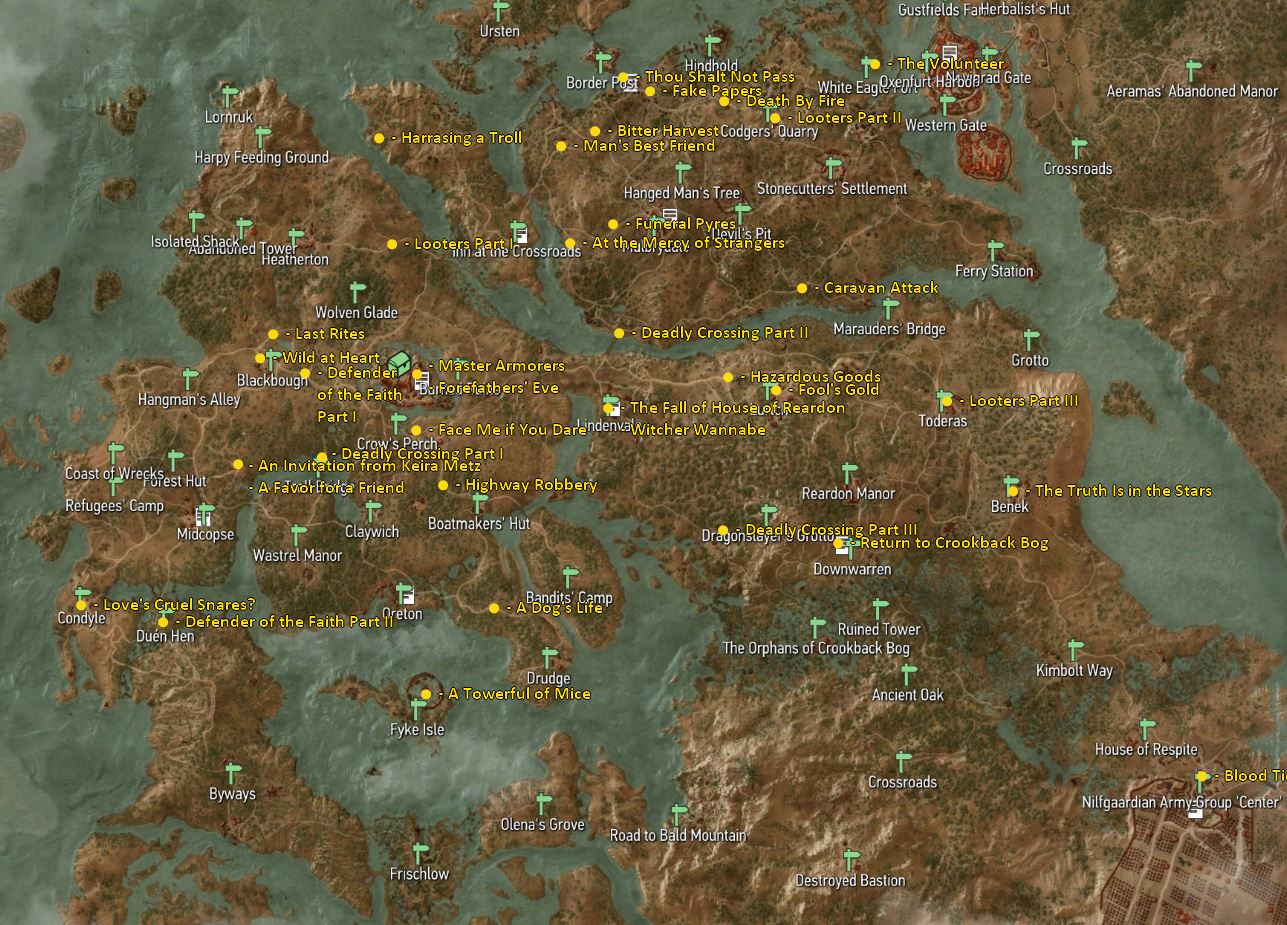 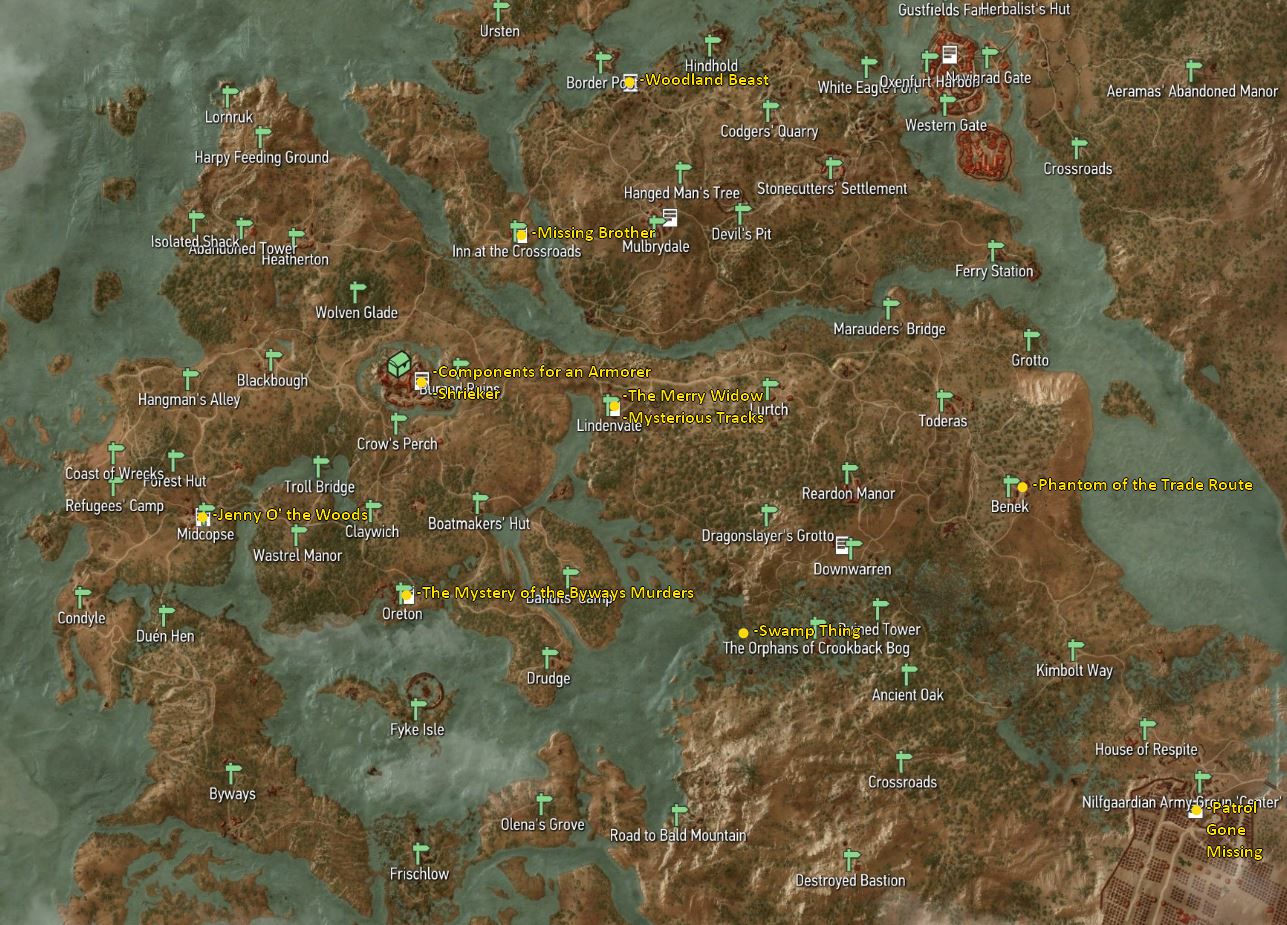 There are a total of 18 Scavenger Hunts available in the Velen Region. Once you start a Scavenger Hunt, some clues you gain will lead you to the next Scavenger Hunt of the same Witcher School and Tier. 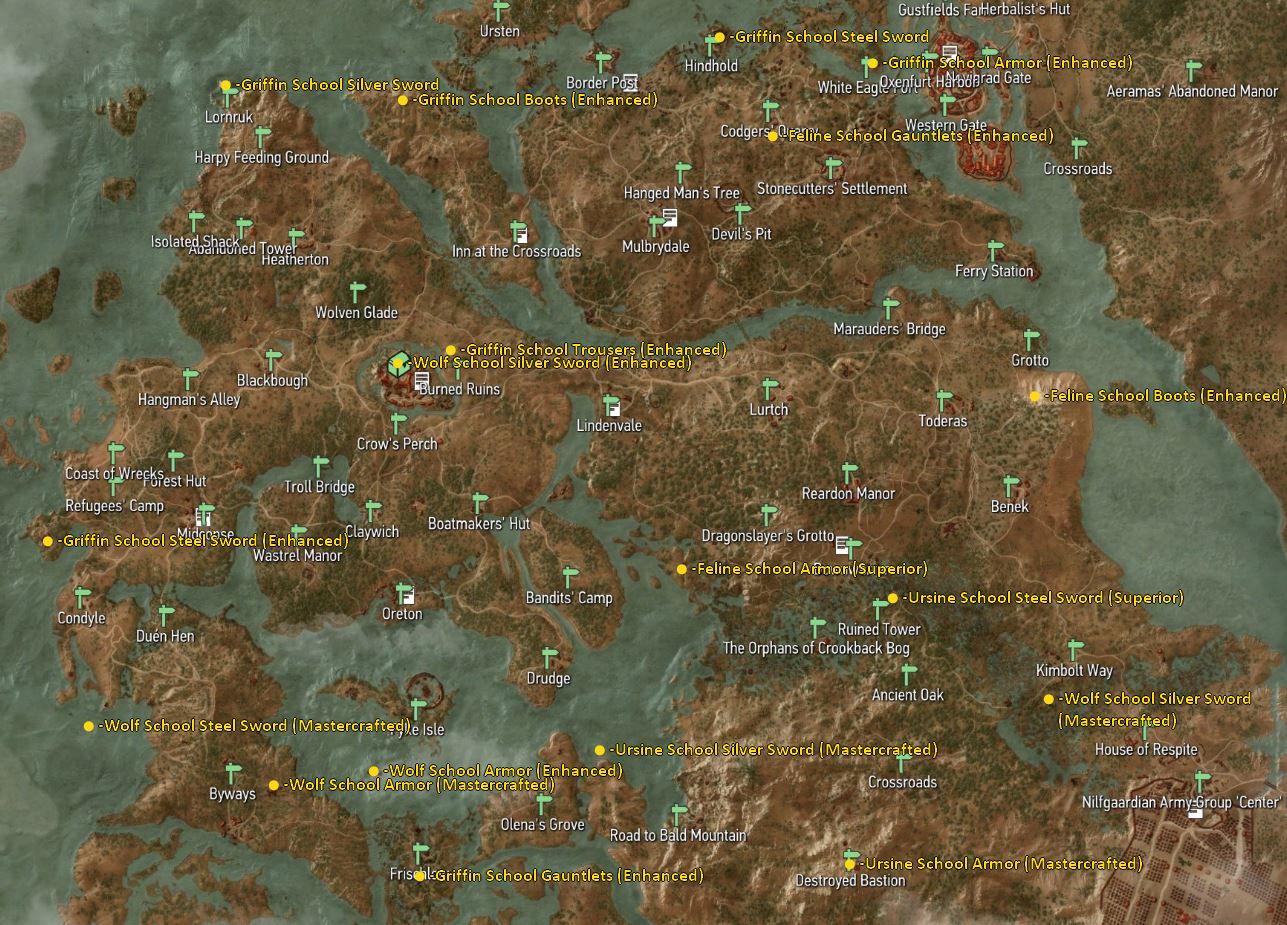 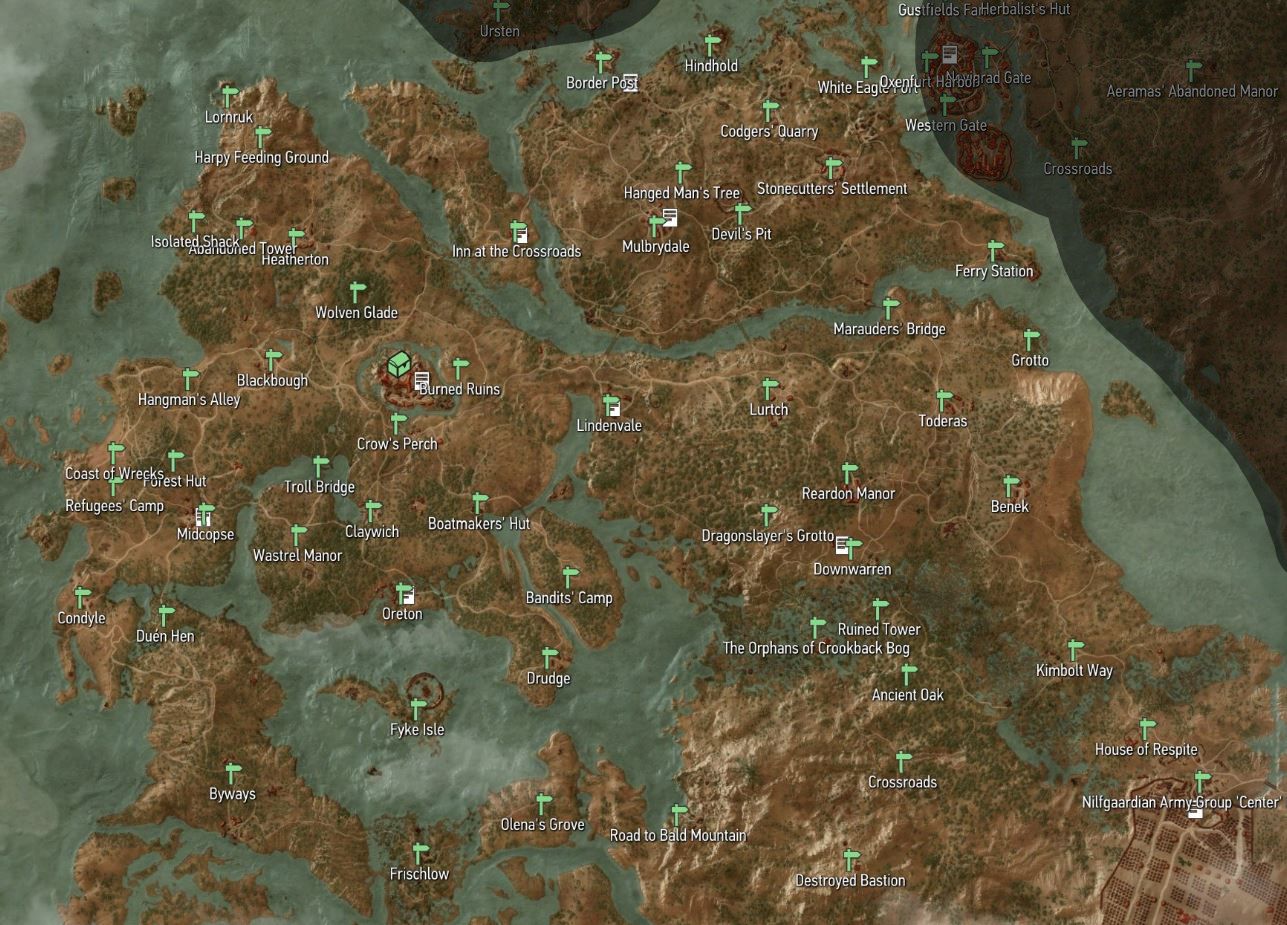 There are a total of 55 Signposts where the player can discover them by approaching the site on the map and it will allow them to fast travel from one Signpost to another.

Hindhold House of Respite – Inn at the Crossroads 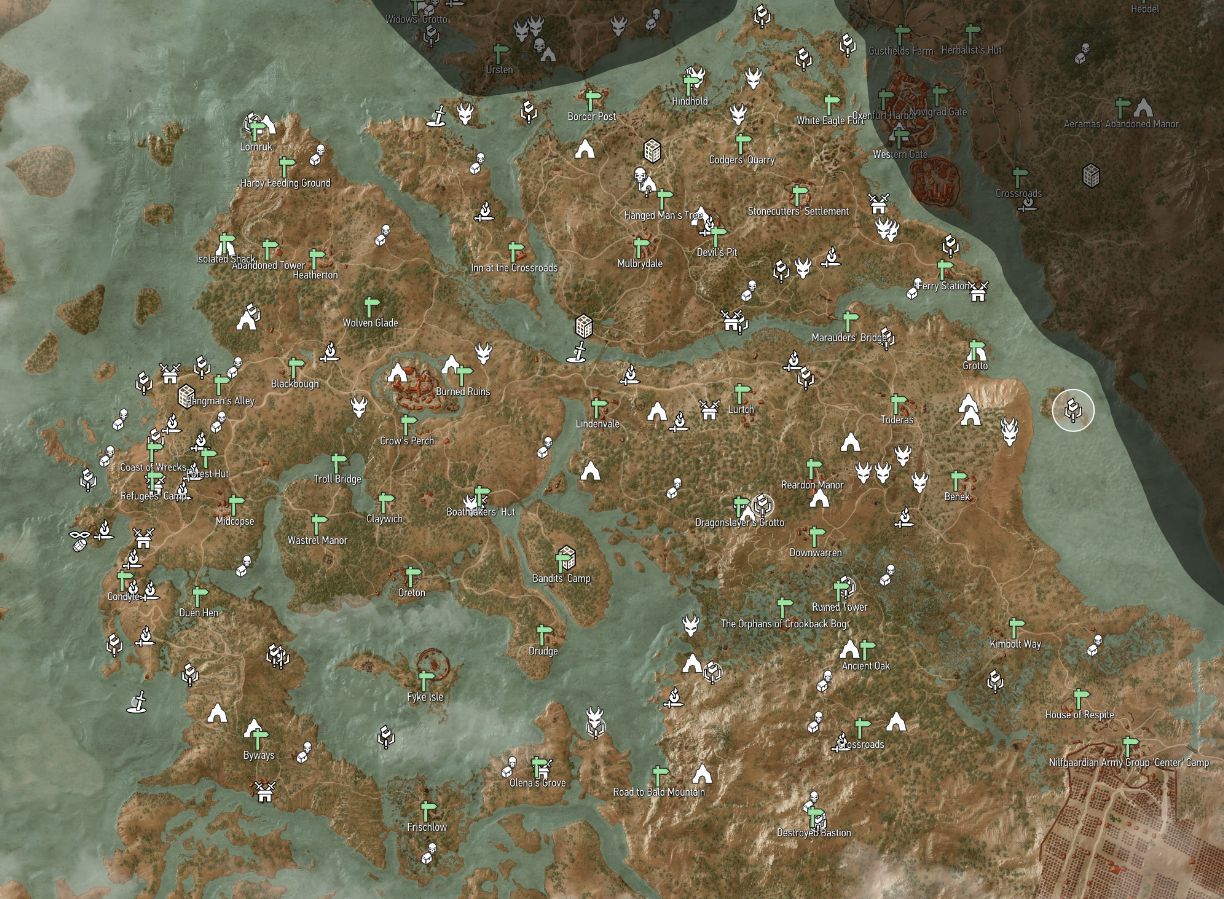 There are a total of 127 Exploration points scattered around the Velen region. The player can discorver these by getting Notices on the Notice Boards of Velen or by approaching the site on the map. 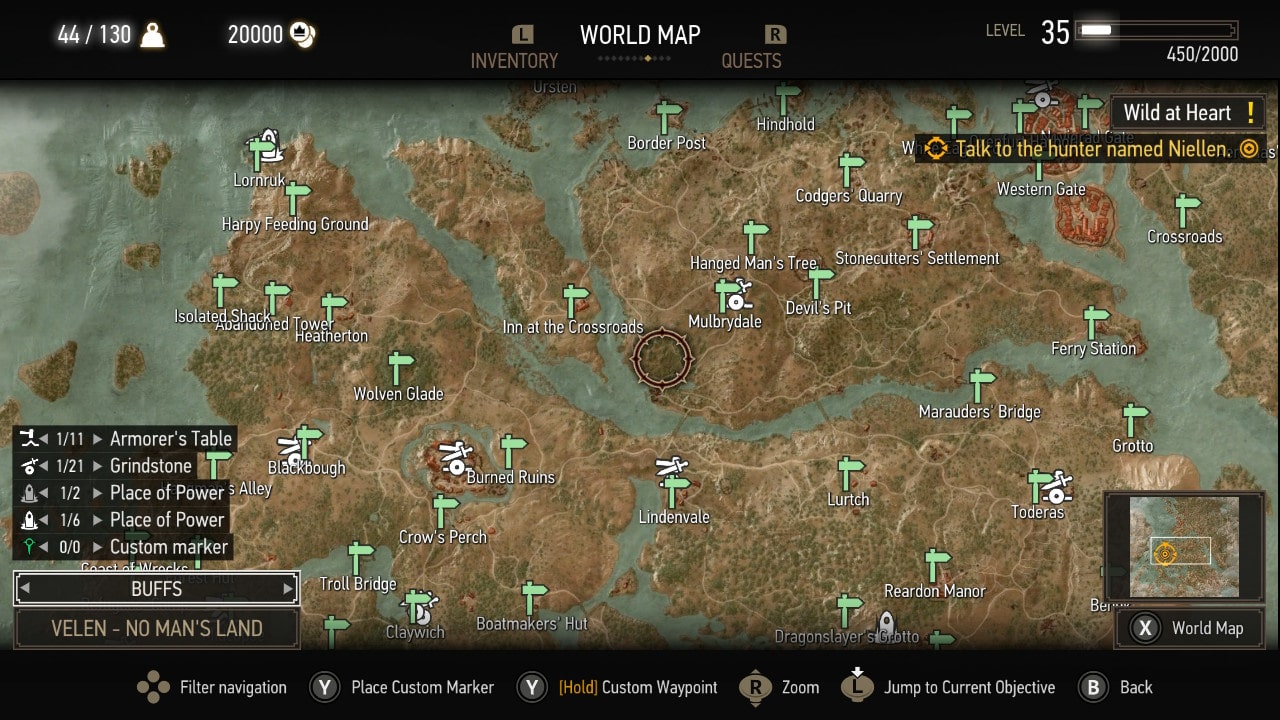 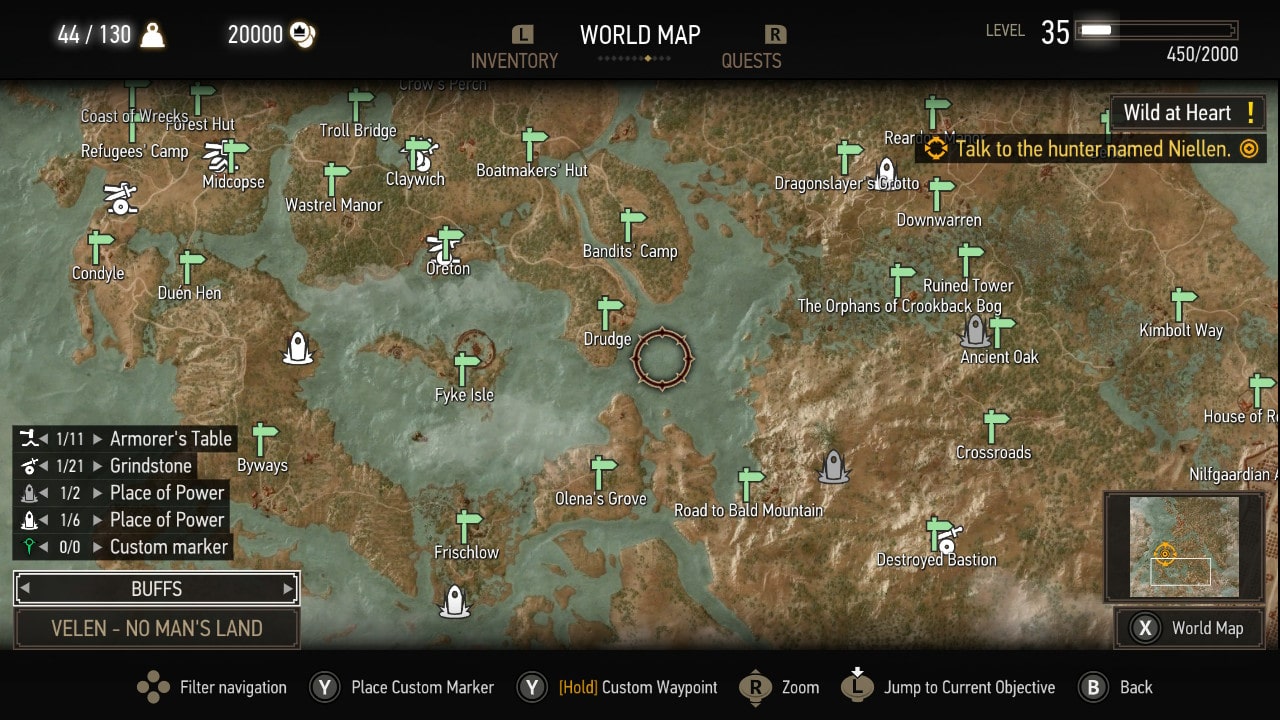 Here we come to an end for The Witcher 3: Wild Hunt Full Map of Velen Region + Quest Location Tips hope you enjoy it. If you think we forget something to include or we should make an update to the post let us know via comment, and we will fix it asap! Thanks and have a great day!