Just whipping this together since there are no other English guides on here. I’ll probably delete it once a more refined one comes out, or if the game gets an official tutorial. Hope this helps someone!

Some quick things to note before we start off:


At the bottom of each part there’s an Edit and Lag section. Edit refers to what options you have when you right click and go to the edit menu of the item. Lag refers to the number of in-game ticks the piece in question takes to process its output. If I put N/A, it means for one reason or another ticks are irrelevant for that piece.

Starting with the easy stuff, skip ahead some if you aren’t interested.


Flick the switch, and it puts out a constant High signal with 0 lag until it is flicked again.


Two types, Standard and Panel Switch. They work identically, only difference being that thePanel Switch moves its input through the surface it is attached to. This is why you can’t place them on the ground, there’s no other side for the peg to come out through.


Several other parts have a Standard and Panel version but they all act identically, so I’ll just mention that feature in passing from now on for those parts that have the option. 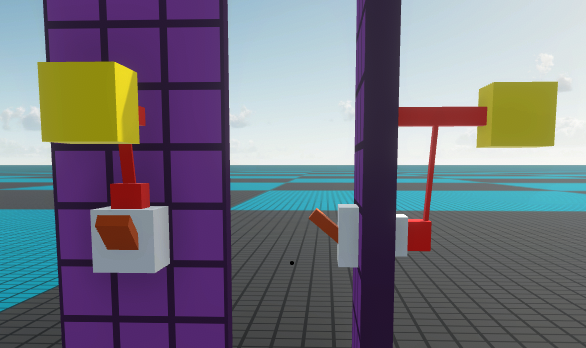 
Push the button, it puts out a High signal of the same length that you hold down the button. Has a standard and Panel version.


Keys are associated with the actual keys on your keyboard, so push the key listed on its face, and you’ll see the button in game also get pressed. Keys will not respond if you cannot see them, either because you are not directly facing them or because you are too far away. Has a standard and Panel version.


Edit: Change which keyboard key is associated with it

Gonna break the natural order of things for this one, since it is directly related to Keys.


Say you want to use your Spacebar as a Key, as discussed in the previous section. Since Space is also jump in-game, that can become a bit of a nuisance. While sitting in a chair however, all keyboard inputs are ignored except Escape to exit the chair, so you can manipulate your Keys more easily. 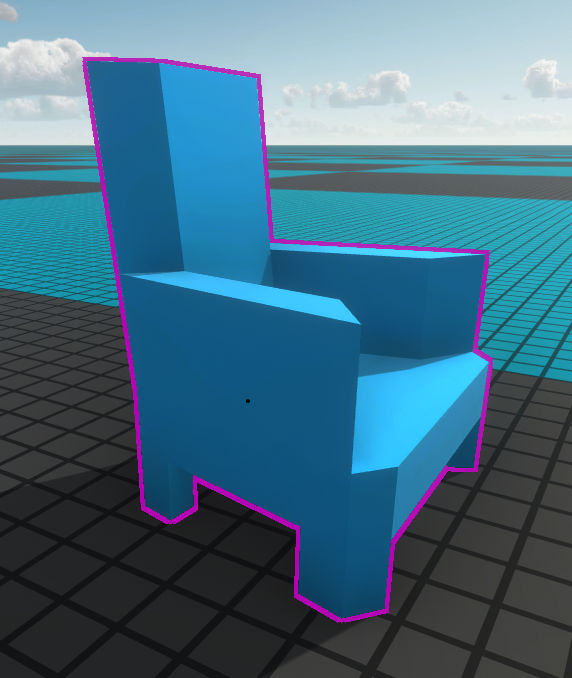 Our first logic component. Whatever signal is placed into the top, the side will put out the opposite. 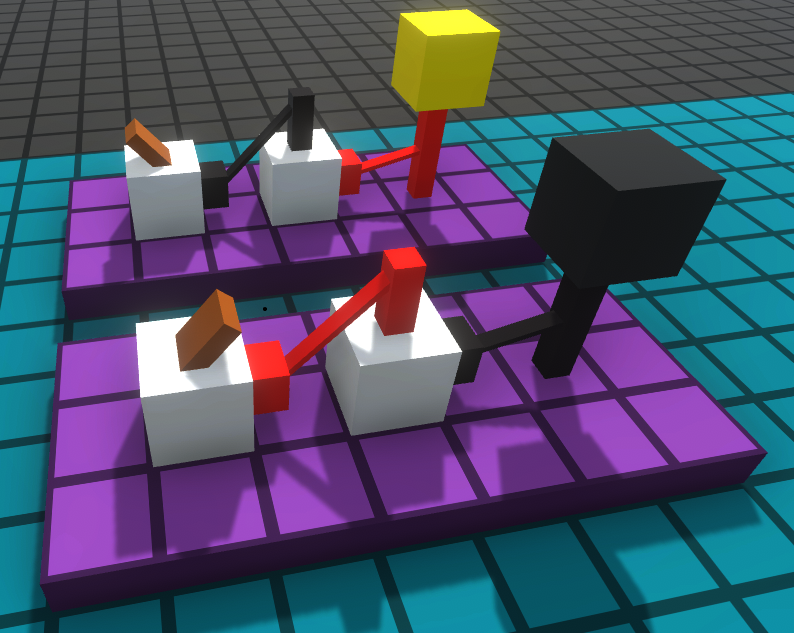 An XOR Gate, also known as an “Exclusive Or” Gate, puts out a true signal if one of its inputs is High. If neither or both inputs are High, no signal will pass through.


There is no OR Gate in Logic World since you can wire multiple inputs to a single pin, which accomplishes the same goal. 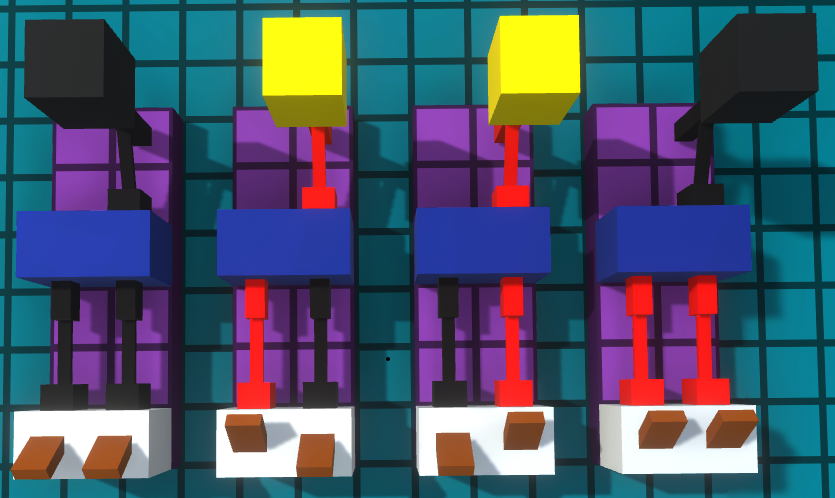 An AND Gate lets a signal through if all of its inputs are High.


Can be changed to have more input terminals. Functions the same, just requiring more High signals before outputting its own. 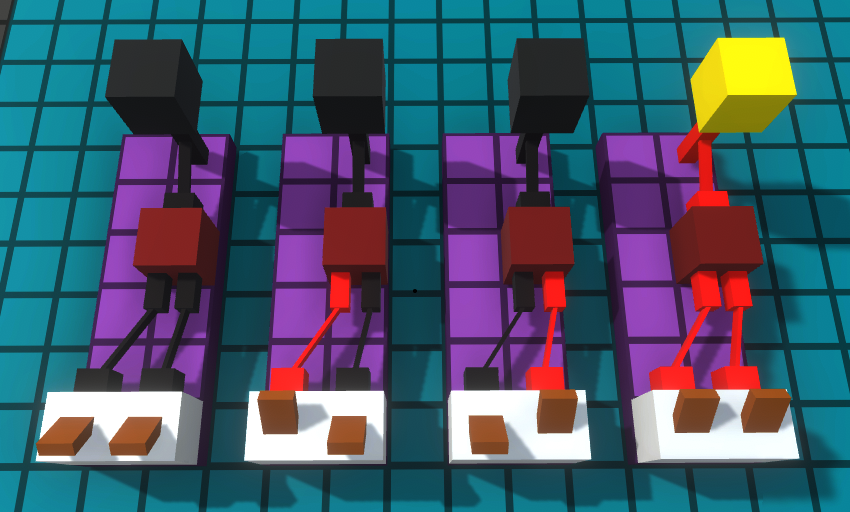 Does what it says on the tin, puts through the same signal that comes through its long pin, on a tick delay equal to the number on its face.


The image below can be imagined as a sequence of events, occurring one after the other

When it becomes powered the Oracle has a 50/50 chance of putting out a High or Low signal. Whatever it puts out, the signal will return to Low when depowered.

A Relay works the same as a D-Latch, but with no memory. So if you power the top pin and the input, the the output will go High. Once the top pin is depowered though, the signal will go Low again. 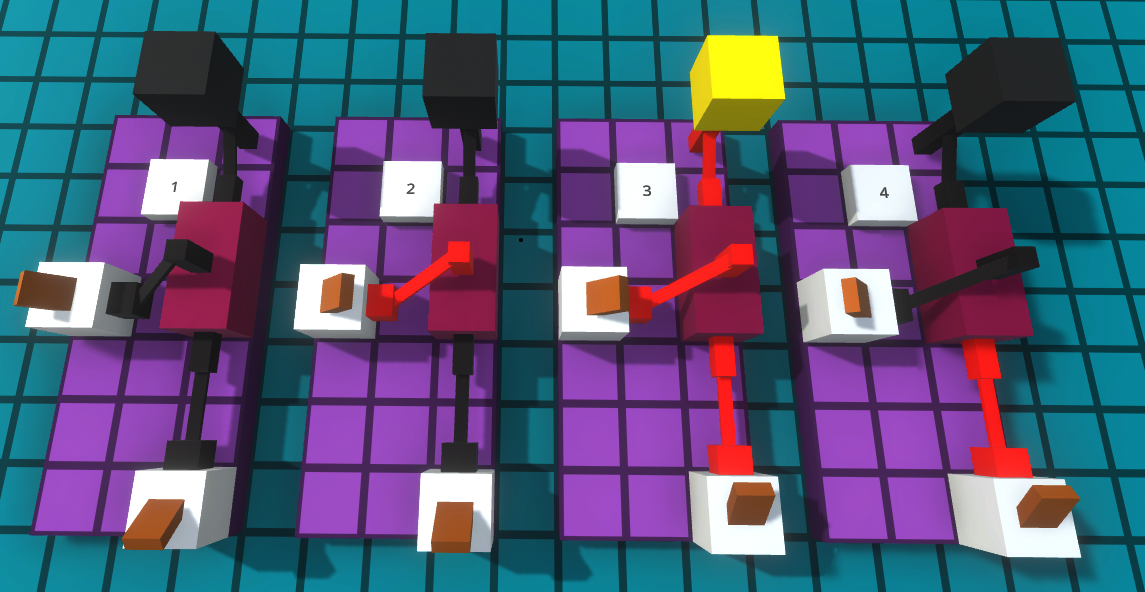 The name buffer is misleading. It’s more similar to a diode, and only functions to make signals go in a single direction. 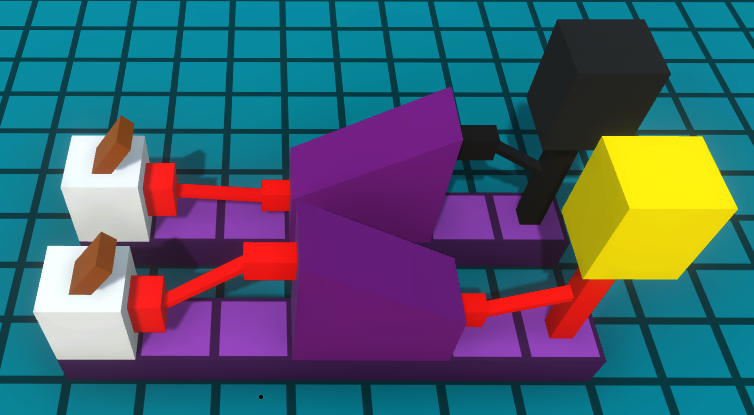 There are two types, Standard and Chubby. They both function similarly, passing their input through to the blue contact on their back. If another socket is placed such that both their contacts are touching, the signal will pass through. If you hold “ctrl” with a Standard Socket you can move it more precisely, allowing you to place up to 3 in a single square. This module is a bit odd at first, but with some creativity it can be incredibly useful, such as creating modular circuits that you can move around without needing to redo your wiring all the time.

Seems like a silly thing to talk about, but it’s important.


Circuit boards, on the surface, are just an organized way to arrange your circuits. It lets you color code and move things around so it goes horizontal instead of vertical by pressing “t” while placing it down. However, there are 2 far more important purposes to them. First, you can pick up and move an entire circuit as a single piece by tapping “g” while looking at the board. Second, you can copy and paste an entire circuit by pressing “ctrl” + “g” on the board. These functions are CRITICAL for larger circuits, so make sure to organize all your stuff this way! 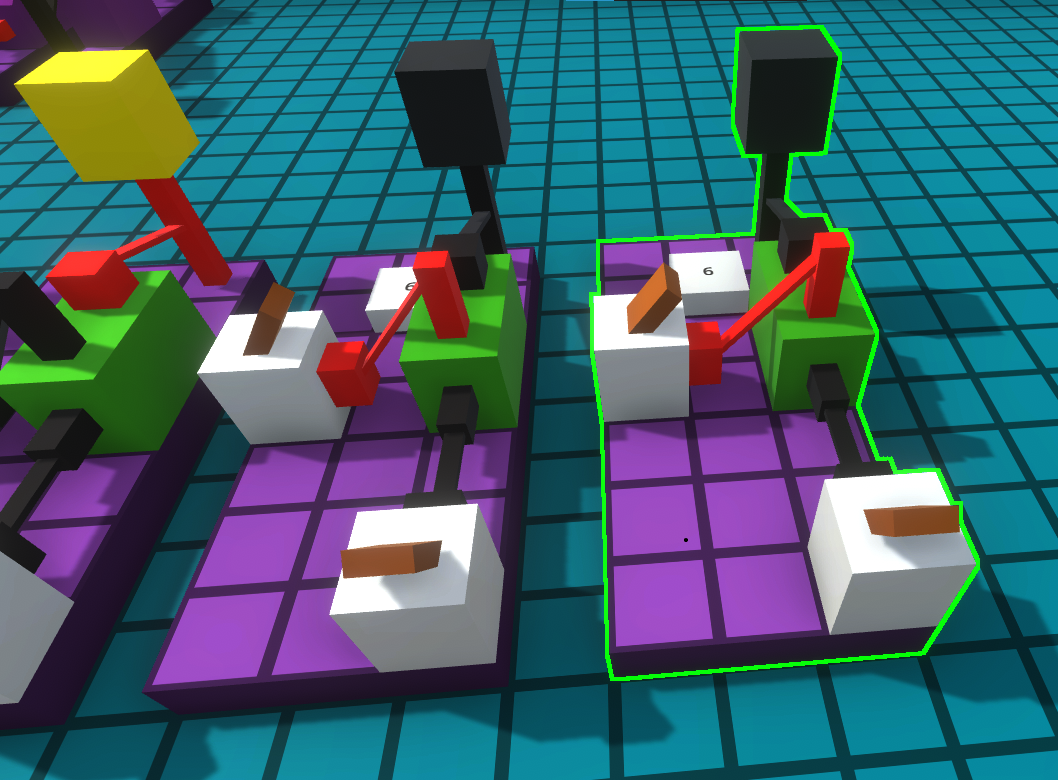 I haven’t talked about all the parts in game, but this should cover all the things that are critical to making circuits. Everything else is either optional or relatively straightforwards. If any of the parts I didn’t talk about confuse someone then I’ll try to give them a section.


I’ll also try to correct anything here that is wrong if you want to correct me on any of this. I’m not an expert, just trying to do my part.


Otherwise, hope this helps someone! Good luck, have fun!

10/25: Corrected some spelling errors, improved some wording and removed the bit about writing this while sleep deprived, since I have now fulfilled my promise to review this once awake. Edited the title to something a bit clearer, as well.

Here we come to an end for Logic World Basic Game Informations & Walkthrough hope you enjoy it. If you think we forget something to include or we should make an update to the post let us know via comment, and we will fix it asap! Thanks and have a great day!