This guide focuses on supporting a vanguard to make him unstoppable, reaching ridiculous AP amounts, AP regen and jumping all over the place.

Most encounters end on the very first turn.

Let’s start with a demonstration : our vanguard demigod in a level 18 mission.

This is a rather easy mission, we will see a more complex and harder fight later. 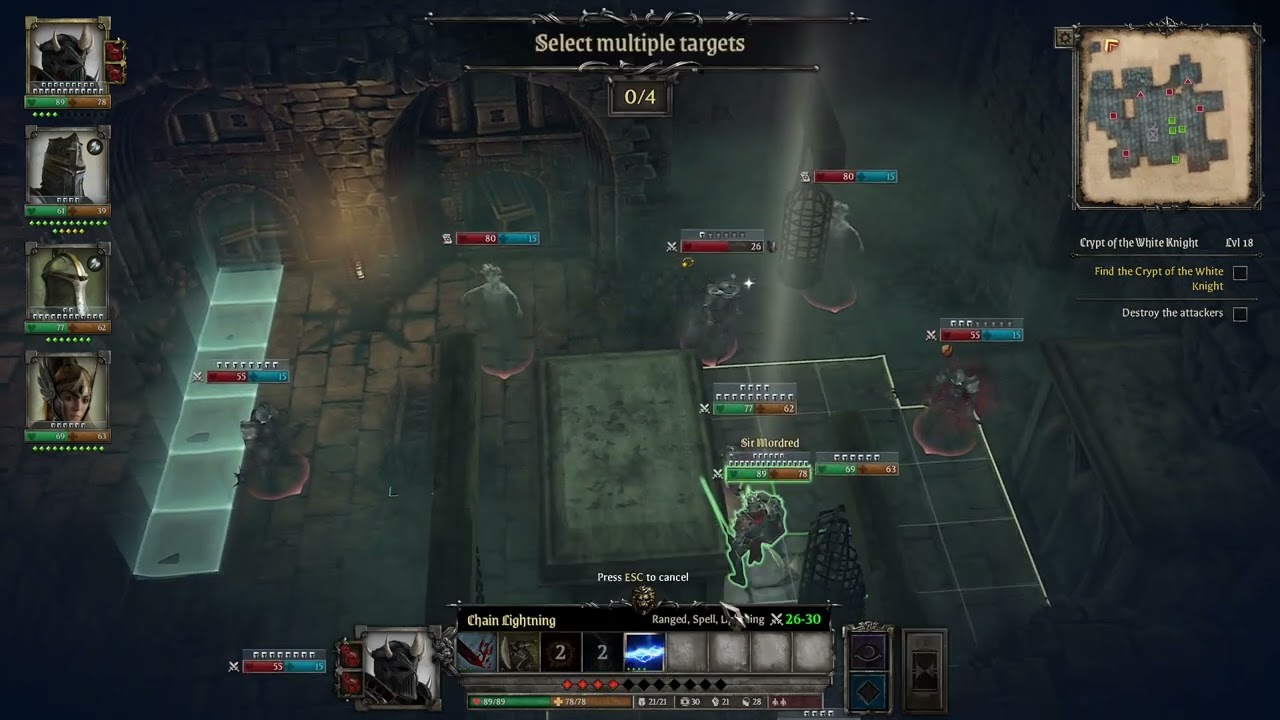 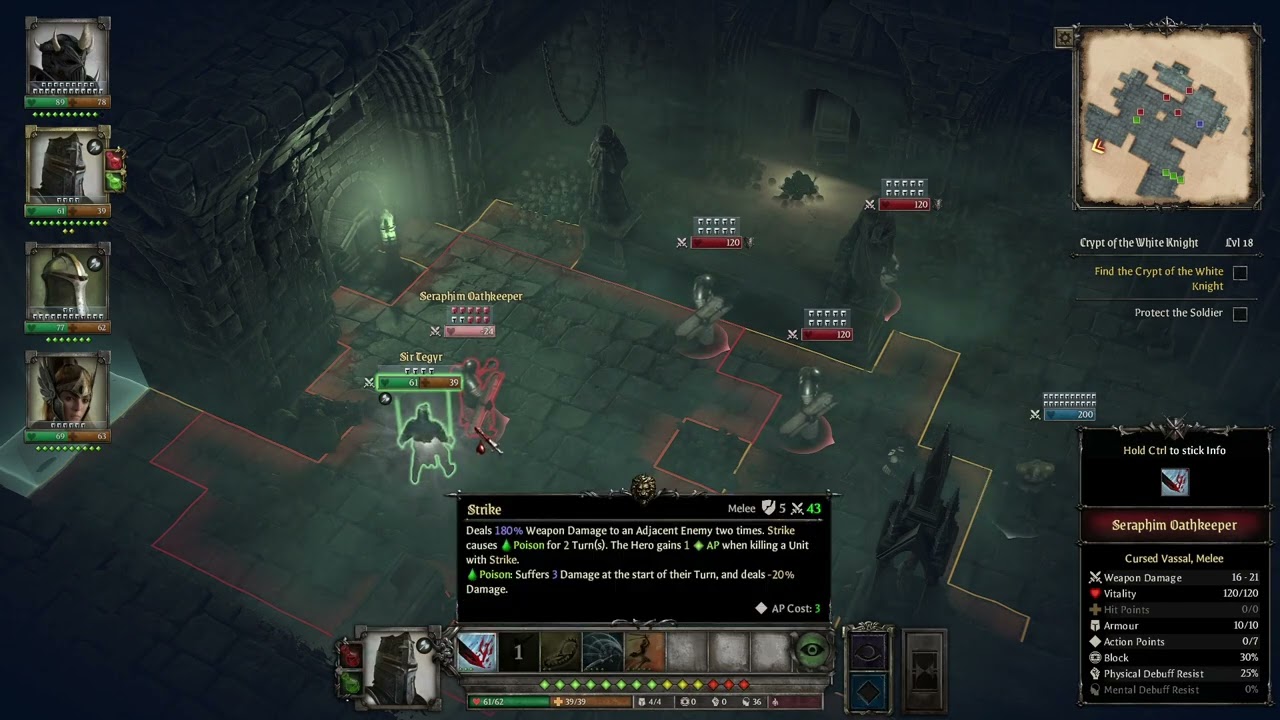 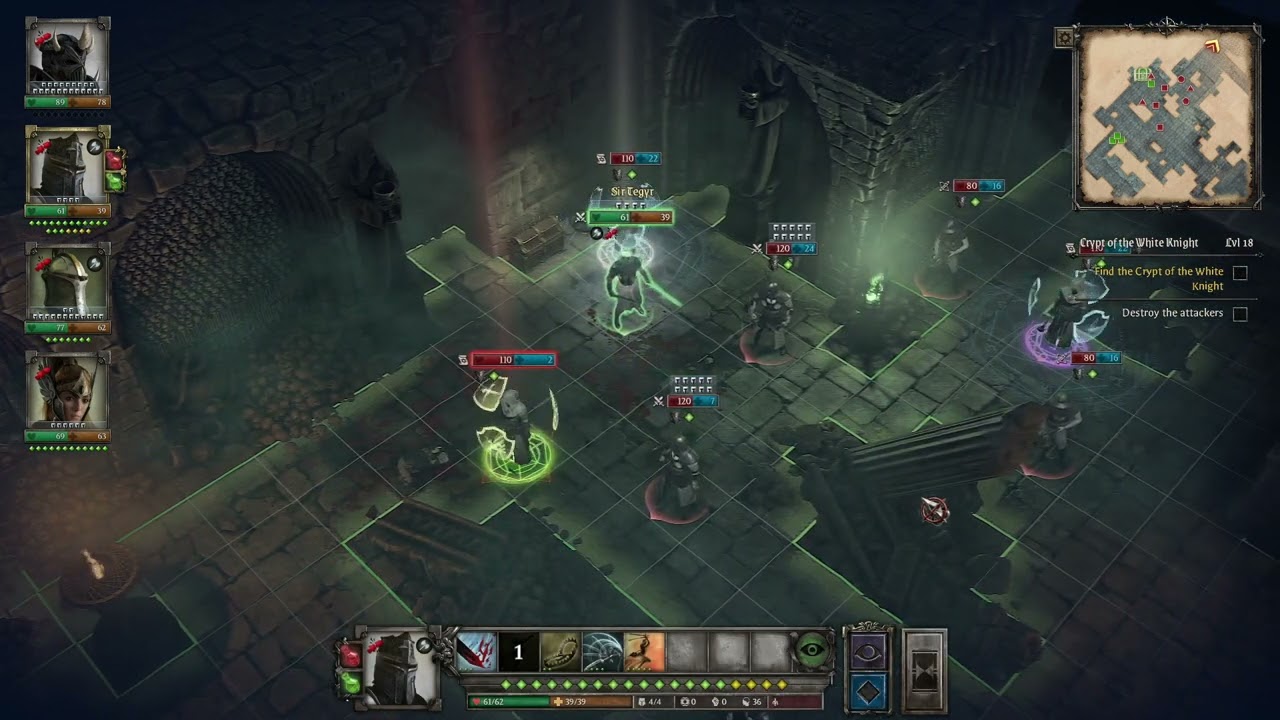 – your group of 4 is often outnumbered by low hp mobs

– Champions and archers are decent early game, but their damage output falls off. Their AoE capabilities are also disappointing.

– Sages and tanks have low damage.

– Sages have awesome buffs and a bit of crowd-control. Morality and mission-unlocked sages can also shine in a specific area.

– Tanks have a bit of armor break

– You need to level up Mordred and bring him on a lot of missions.


So the idea is to make a vanguard demi-god, and have him pretty much do 95% of the damage, clearing up the field on the very first turn while the rest of the team supports him.

– this is ironman difficulty

– I have no idea what to expect in each fight as it is my first playthrough, no meta knowledge


I made this party at the start of chapter 2 when my starting champions Kay and Baladan died from focus fire, and have been using it until the end.

I am currently around level 20 in act 4 and have not faced any wound or any encounter defeating this setup.

I will update the guide once this campaign ends.


So what party is this? Boy am I glad you asked!

So how did I pick these characters?


Mordred is a given. I think the group would be better off without him, but he is often required on missions, so better bring him to keep him leveled-up.


The vanguard job is open, I picked the cup-bearer from early-game.

Sir Tristan is not an option : his basic attack requires 4 AP, while others require only 3. He also does less basic damage, but has poison.

You need Jump, which I think is not in every vanguard’s kit.

His role is to clear the board : backstab most enemies, hide and throw daggers on some. How to do that is detailed in the next section.


Lancelot has an excellent and very unique kit. He is a champion who can charge, remove armor, tank, do a bit of damage, and most important : he has the sage spell Inspire (add AP to all party members, lower all cooldowns by 1).

Seeing his kit, you might think he could be used as a one-man army, going all lone wolf and face tremendous odds. However, he is not that tanky, his damage cannot compare to a vanguard, and champions do not have as much AP regen gear and skills available.

His role is mostly to be an inspire bot (sorry dude), but he can also help out in other ways if the vanguard cannot clear the board.


For the sage spot, I love Guenevire. Teleport + freeze is great crowd control.

Sage gear also includes damage bonus to chilled and frozen ennemies. Coupled with a teleport behind an enemy, it means you get decent damage on one single target.

The sage’s role is mostly to buff : Bless for bonus damage on the vanguard, and Inspire to keep him going.


Here is a short vid showing the other members of the group are not helpless : 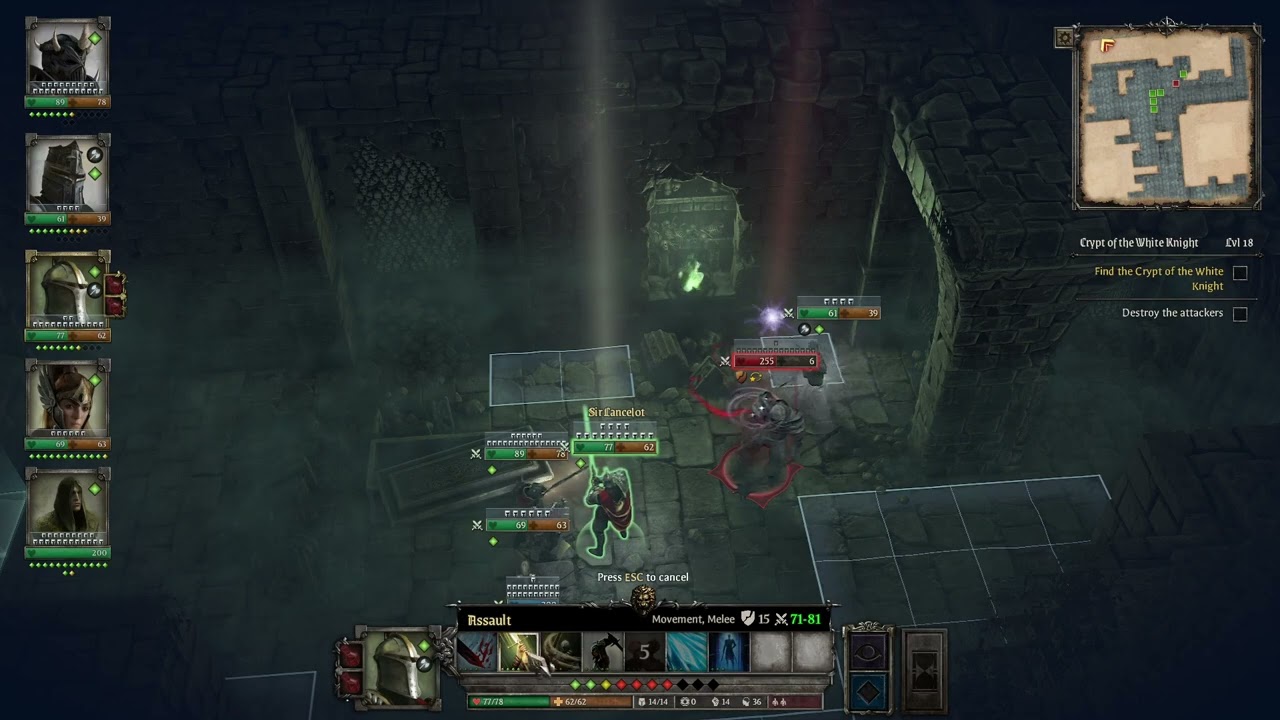 How to face different ennemies

Let’s start with the main idea of the build, shown in the previous videos.


The vanguard does almost all of the damage.

3) Use jump and free movement points to get closer into position, do not use any green action point

4) Use Mordred to destroy armor, make an enemy vulnerable or lightning to weaken foes if the vanguard cannot one-shot his first enemy

5) Wipe out everything, use hide if you need extra damage


How to gear the vanguard :

How to spend his skillpoints :

Things to watch out for :

Undeads need to be fully killed in one attack. That means getting all of their hp in one swing, and their purple hp bar with the second swing to fully destroy them before they resurect. Otherwise you get no AP regen and no damage bonus.

The icy soldiers with a big sword in act 3 explode on death and freeze everyone around them : finish them from a distance with a thrown dagger.

Some creatures can dodge and step away from you, make sure you attack them from behind so it does not happen.

You can never afford to get hit with your vanguard. He is squishy and would go down in one turn versus any focus fire.

If you use Mordred skills at the start of the fight and use inspire twice, his cooldowns are reset and he can debuff again.

If mobs are too far away on the first turn, you can get a bit closer with the vanguard, hide and skip that turn. Rest of the party can stay far away to avoid any hit. Do not waste inspire cooldowns.

Hardest fights are high hit points mobs without fodder around them to build up damage and AP. Hide is key to stay safe in those fights.

If you kill a lot of mobs, Guenevire also gets additionnal AP through her tier 3 skill. She can also do a bit of damage, though she only gets one teleport.

Not every battle can be won in one-turn. Sometimes you get additionnal waves, sometimes mobs are just too far.


This is an example of a more complex fight with fomorians : 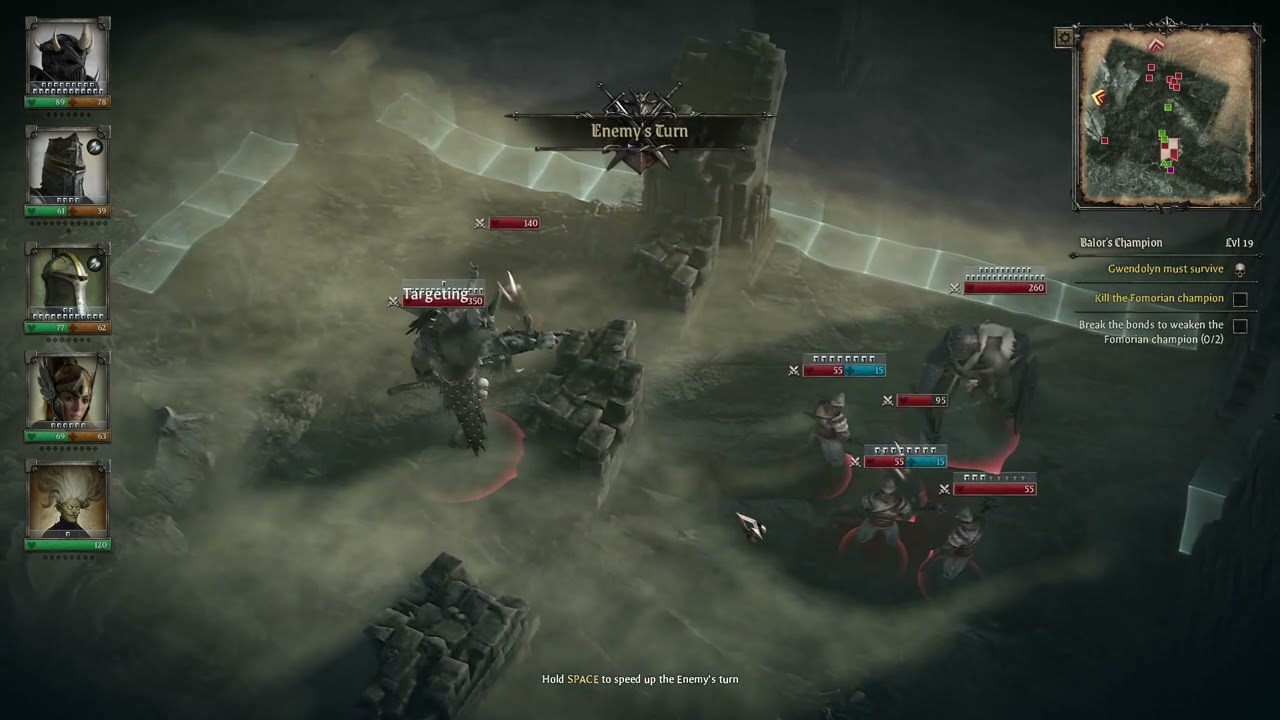 So that’s it, I won’t get into gearing and leveling up the other characters.

As long as you have the best possible inspire, you can do whatever you want with them and it should work.


Any character with inspire could replace Lancelot.

Any sage could replace Guenevire, but I like her teleport.

Loyalty is easy to keep up with this group.


Let me know your thoughts on improving this and which other heroes could be used.

Here we come to an end for King Arthur: Knight’s Tale Best End Game Victory Guide Gameplay hope you enjoy it. If you think we forget something to include or we should make an update to the post let us know via comment, and we will fix it asap! Thanks and have a great day!