Here is a guide on how to get started with this mod.

How to Start the Mod?

First of all, check out which nation you want to play 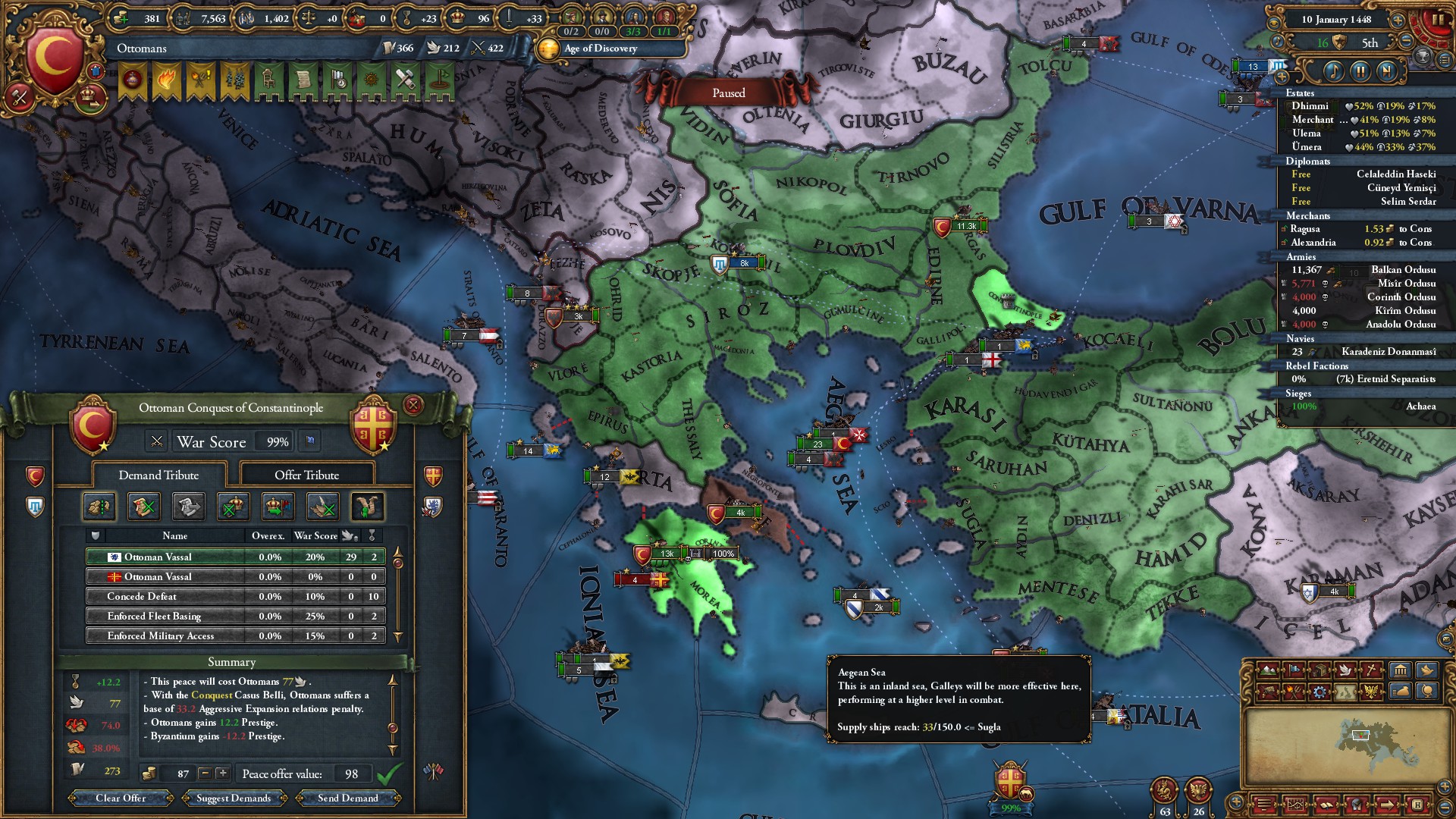 Core every provinces except Constantinople.

The Event will trigger when you own the Constantinople 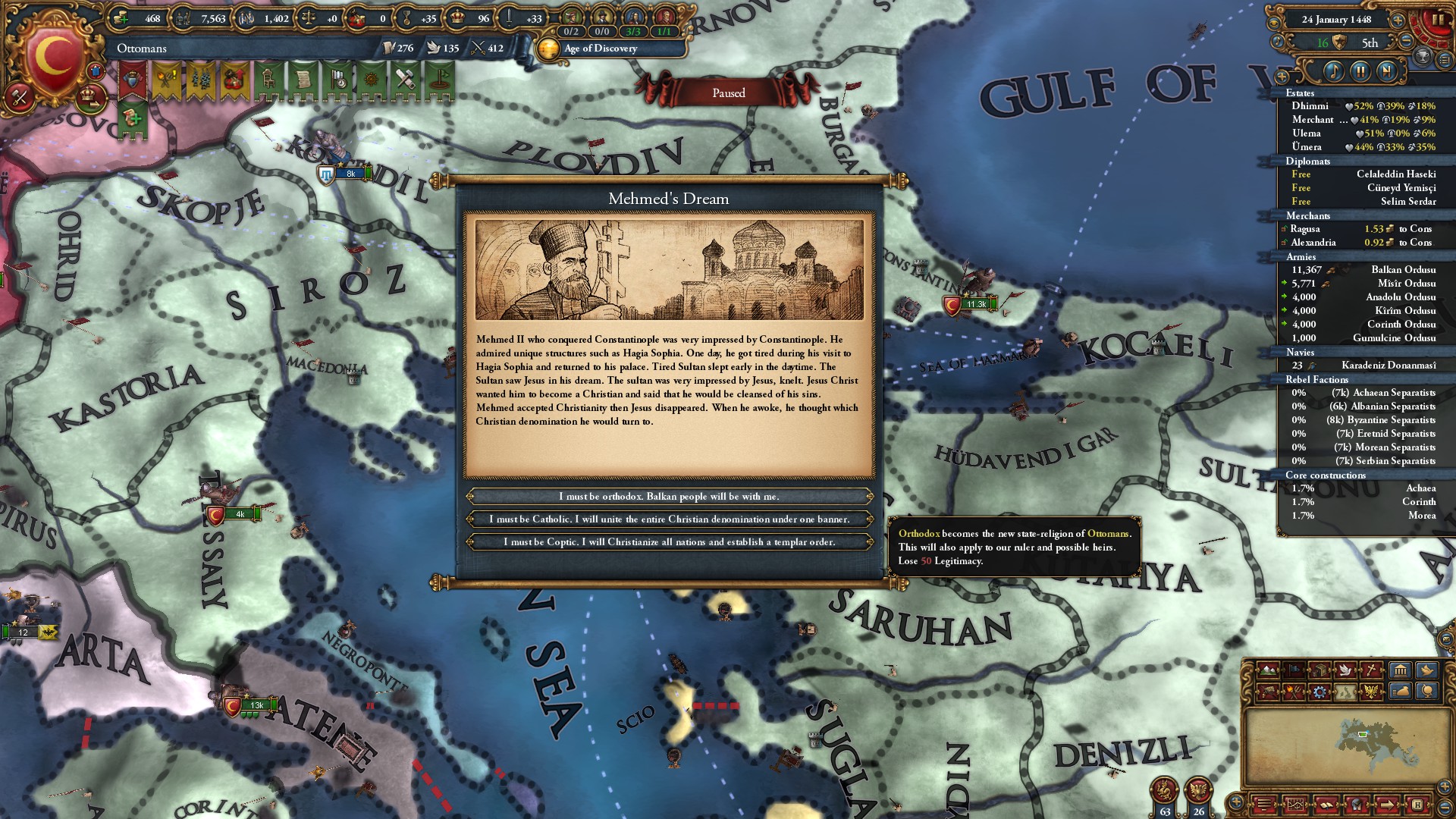 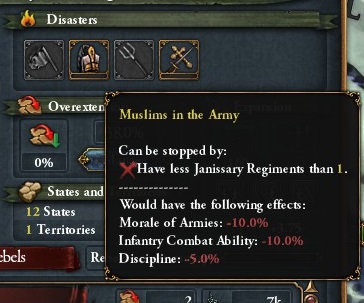 After Becoming Christian, Turkish Civil War will start. Just prepare yourself for the Civil War. Rebels will revolt with events and you will have missionary strength by defeating rebels. 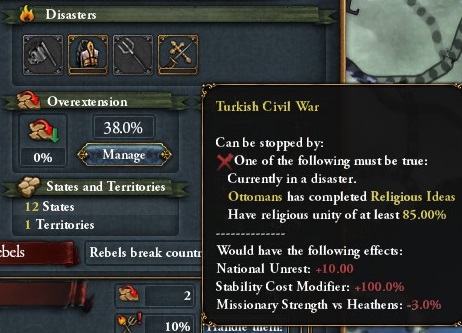 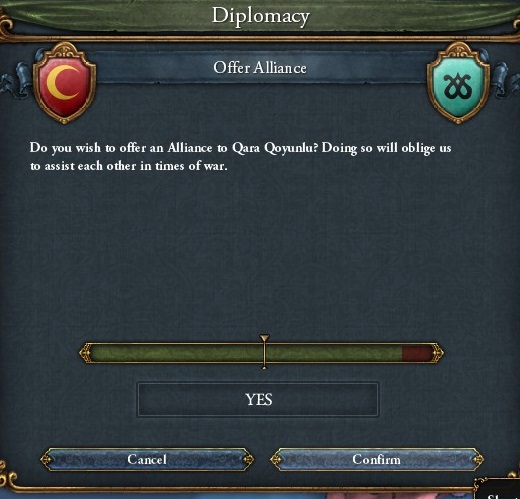 If you want to win the civil war you have to get loans and hire mercenaries. 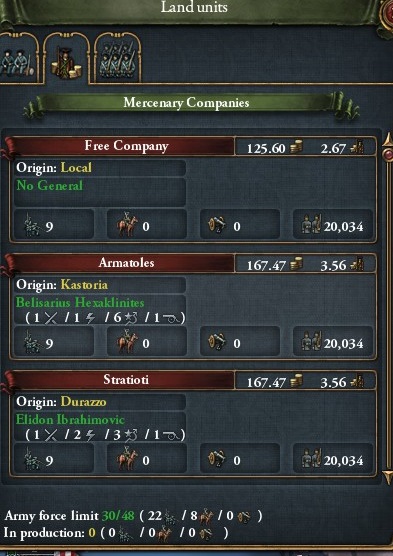 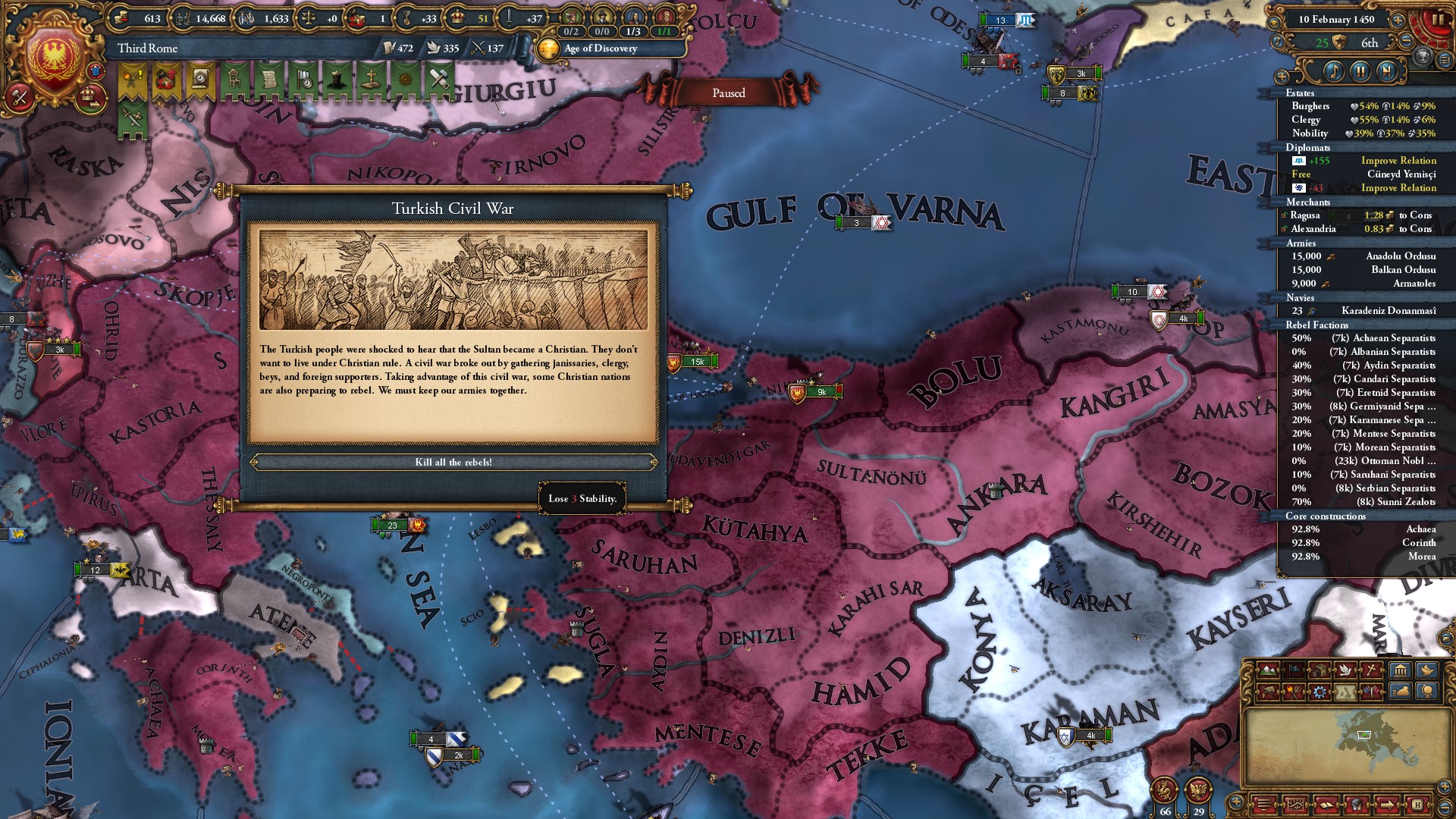 When you reach 85% religious unity, the disaster will end. Congratulations, you have united your nation and you can start the game now. 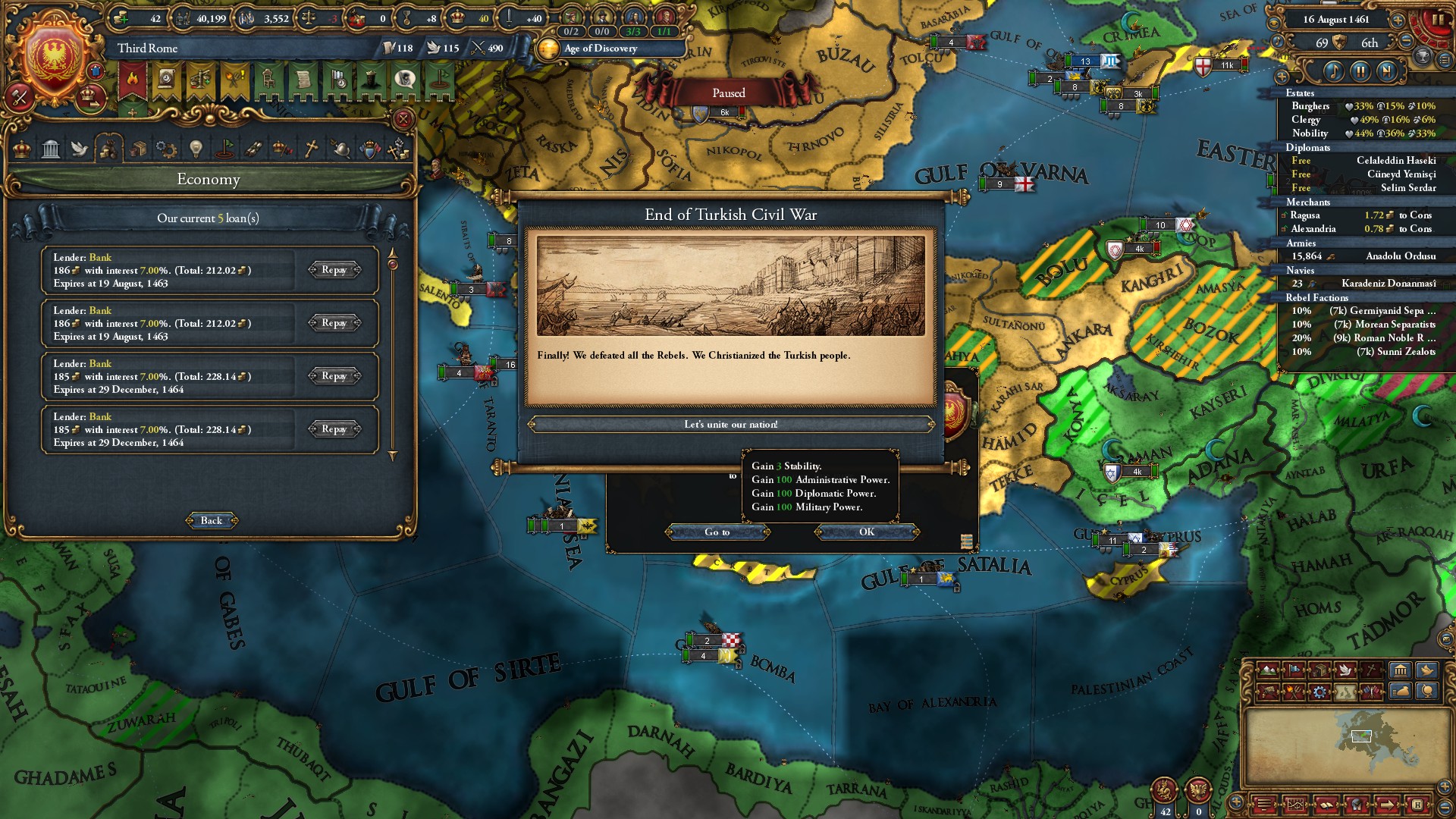 This is all for Europa Universalis IV In the name of Kayser Guide hope you enjoy the post. If you believe we forget or we should update the post please let us know via comment, we will try our best to fix how fast is possible! Have a great day!