Supplementary guide to how to engage enemies in the game and win.

Ultimately Draco Knight is a game about combat, the platforming and metroidvania elements are secondary to the combat system of the game.


While the game does cover the basics in the form of texts and tutorials, it is useful to have a guide with video explanations to better understand the combat system of the game. Hopefully this guide will serve as an introductory guide to the game’s combat system.

The first order of business is to learn how to protect oneself, the most basic way to do this is to block. Draco Knight uses neutral blocking, that is, not pressing anything puts the knight in a defensive position and he will automatically block attacks coming in front of him. 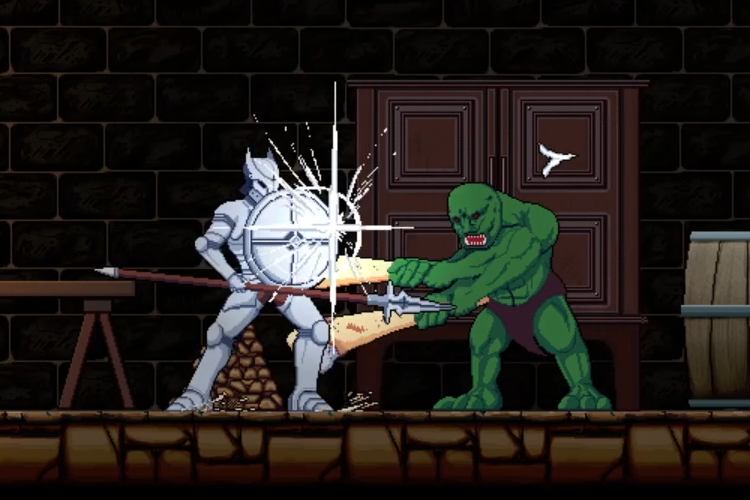 Some attacks can’t be blocked, they have a red streak or effect to them. In this case it is better to position one self to counter attack or dash away. 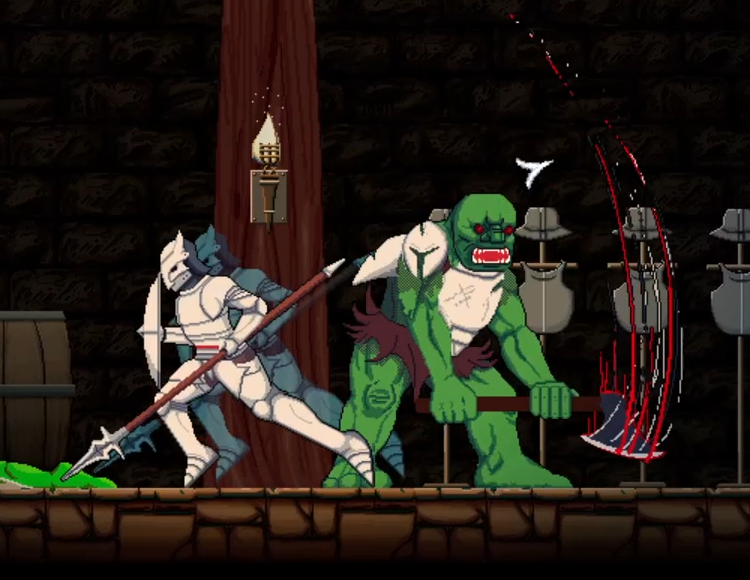 Blocking is generally a good idea when you’re in the defensive or are looking for an opening.

Of course defense alone won’t win you the battle, one must attack and defeat the enemy to come out victorious in battle.


Aim for the head


All enemies have at least one weak point (typically the head). Attacking an enemy’s weakpoint does increased damage and some enemies can be stunned or flinched when attacked in their weakpoint.


Conversely, an enemy might be armored and attacking the armored parts of their body will reduce the effectiveness of the player’s attack. 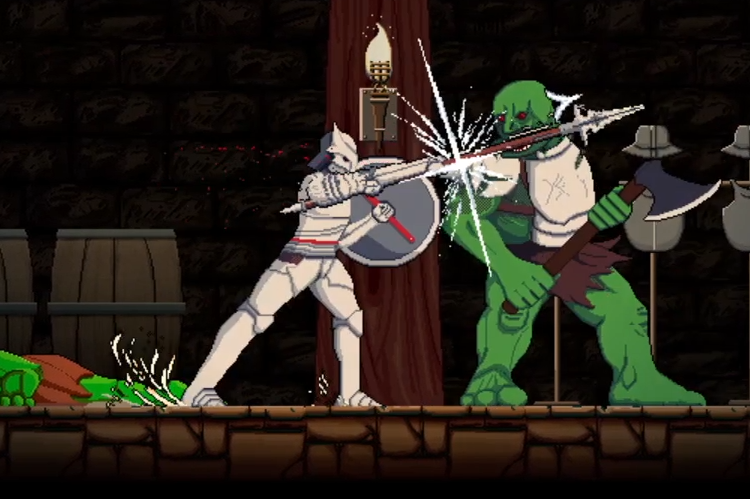 Therefore a knight should try their best to aim at the enemy’s weakpoints and avoid armored body parts.


Press the attack button twice, this attack generates a good amount of stamina and is quick to execute. It doesn’t do a lot of damage nor does it knockdown enemies. it’s a good starting point when learning how to fight. 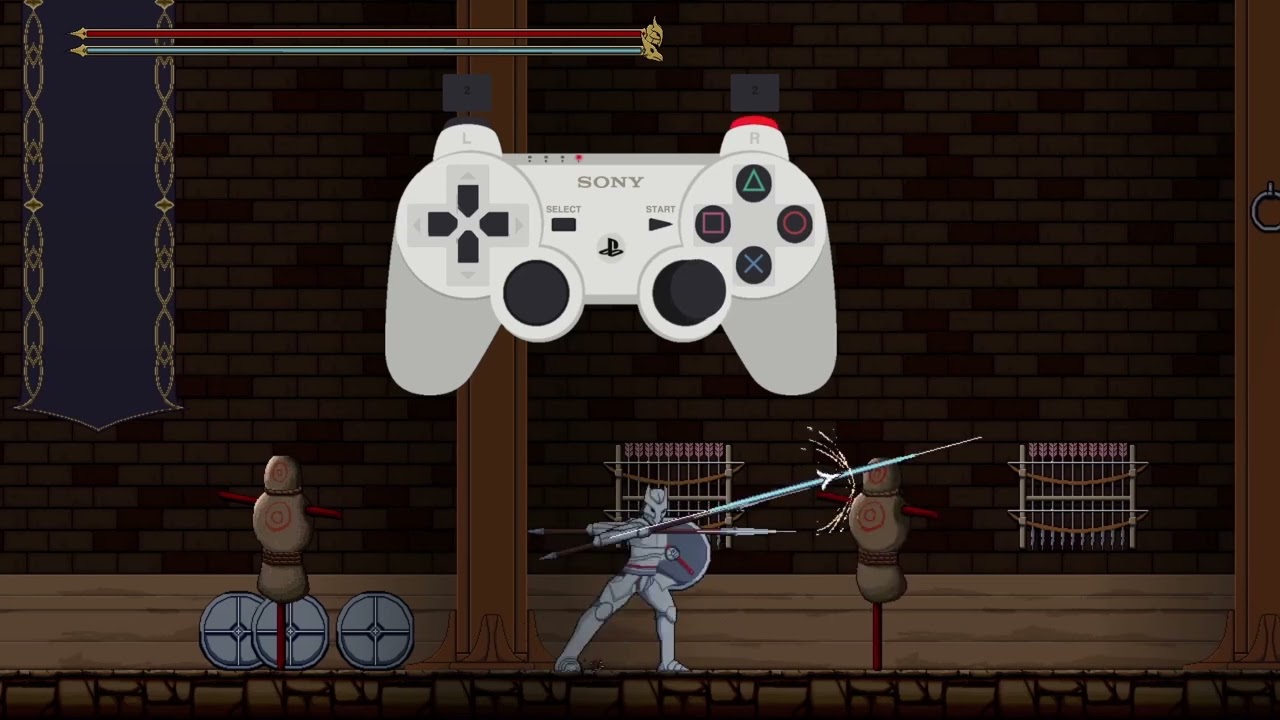 
Press the attack button twice and hold, once the transition animation starts you can immediately attack. This combo is powerful, fast and has multiple variations depending on the direction of the left and right an*log stick. 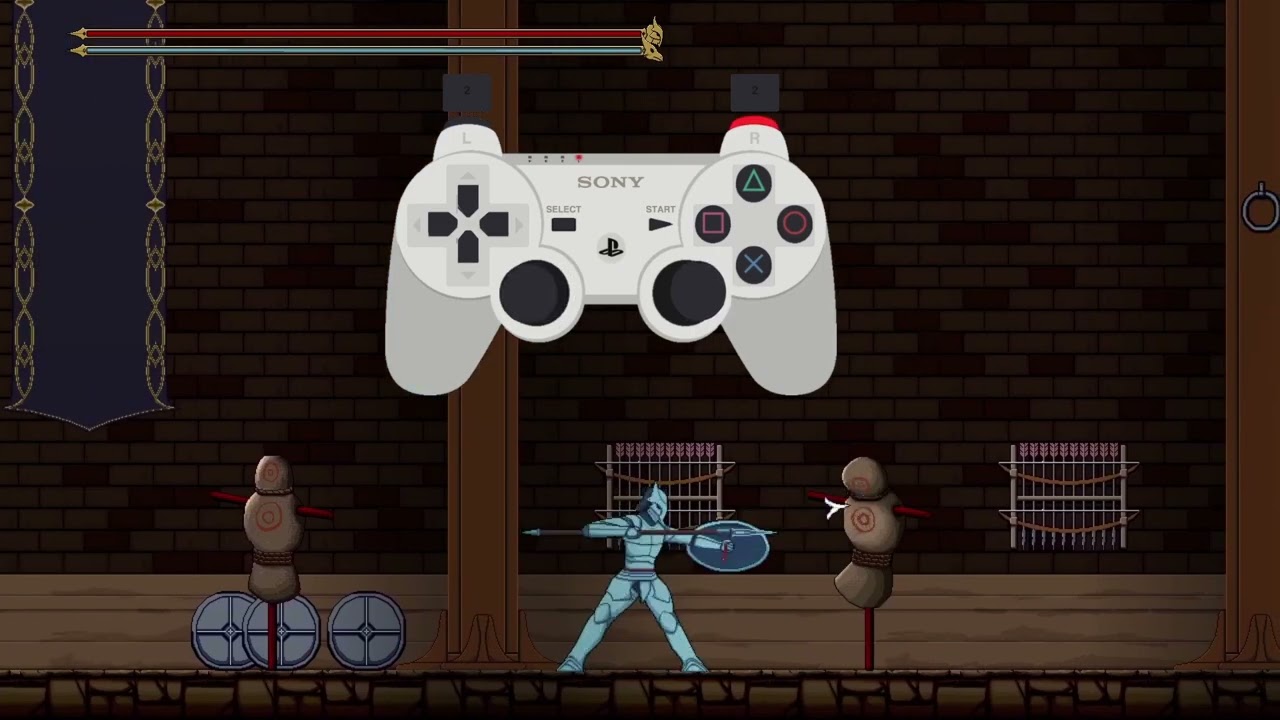 Furthermore, Dragon Stance attacks don’t consume stamina and can knockdown enemies, giving you control of the battlefield and quick way to output damage.


Time a shield bash with an enemy attack to deflect. This also applies to projectiles which can be reflected back to the enemy.


Normal enemies are usually stunned after a successful deflect leaving them open to an attack. 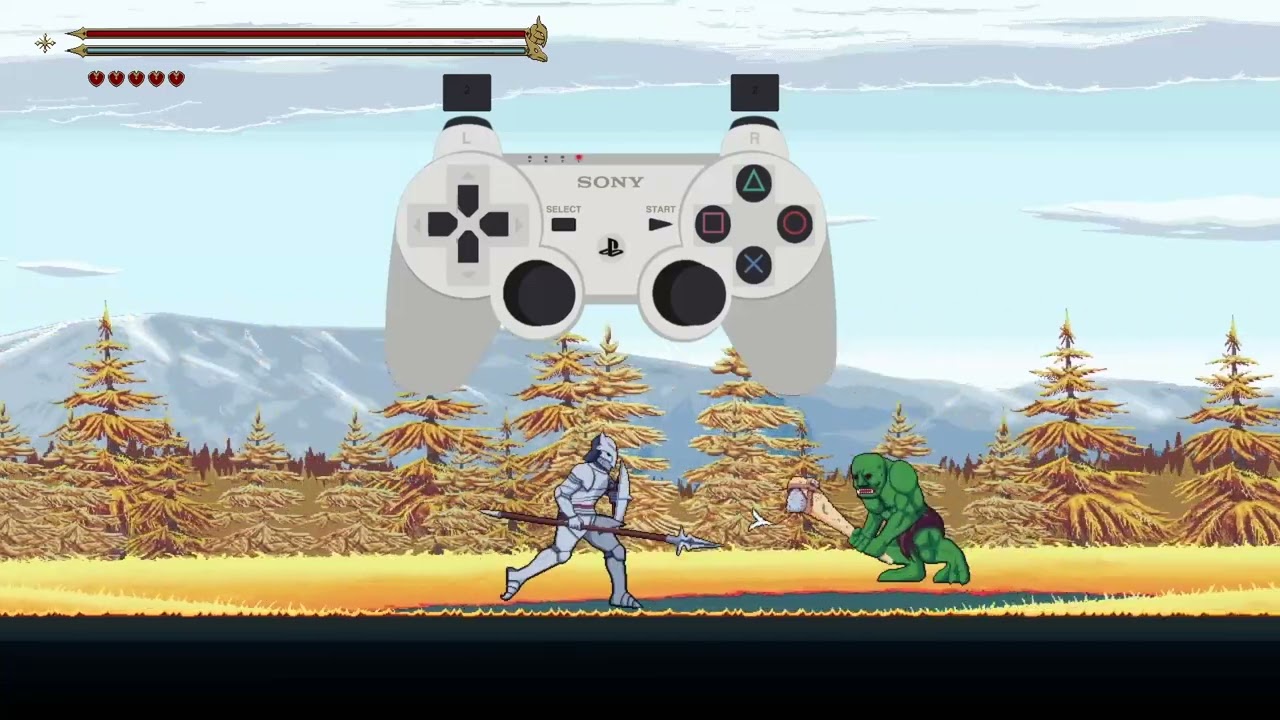 Note as per the video only the shield hitbox needs to contact the enemy attack, so with careful positioning you can take almost no risk as the knight.


On a successful deflect hold the shield bash button to transition into the dragon stance, this allows the knight to quickly switch into offense.

Sometimes it is not the wisest idea to stand your ground, sometimes the best way to win a fight is to reposition oneself and seek new opportunities for offense.


Some enemies may cause the knight to walk more slowly when he enters their space, however the knight’s movement is not affected when he dashes past his enemy. 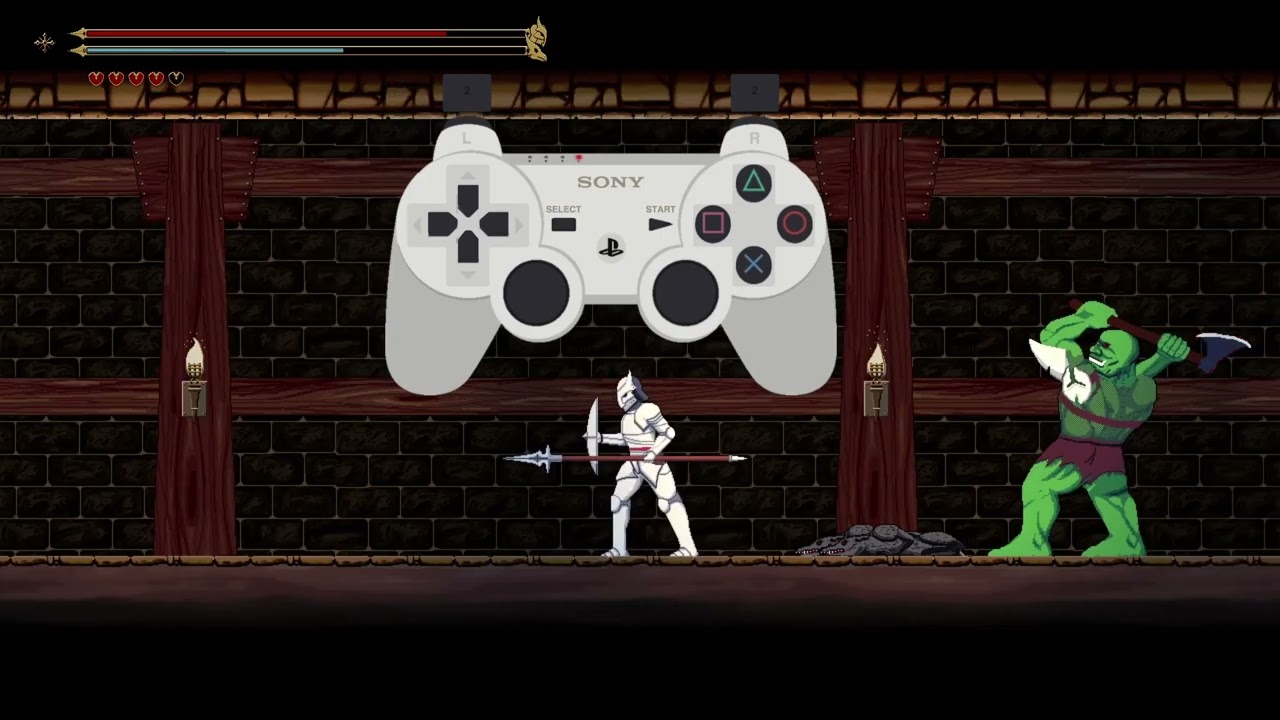 The knight is invincible during the middle of his dash, this includes dashes performed during a Dragon Stance.


Using a combination of deflecting, dashing and knight stance cancelling the knight can effortlessly move through the battlefield 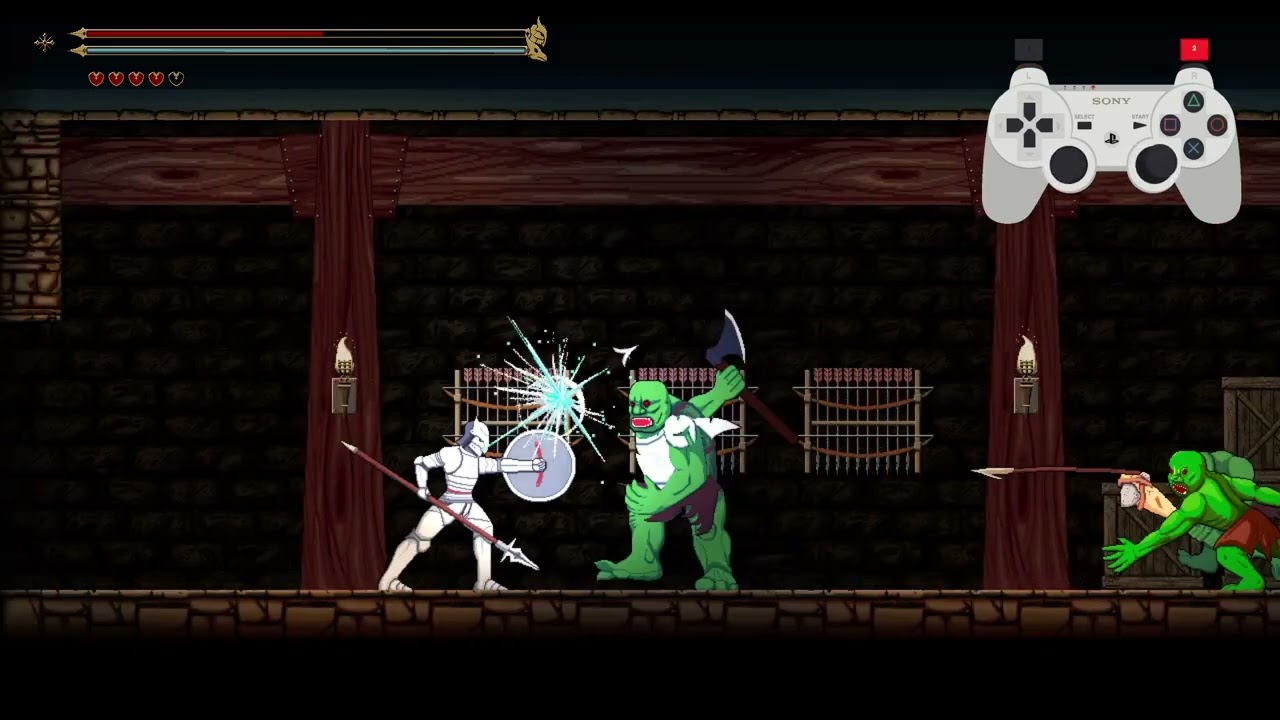 Generally speaking there are two types of special attacks in the game, ones which can be aimed and ones that are neutral.


To start with the knight knows 2 special attacks.


This attack cannot be aimed, to execute simply press the special attack button (R3). The knight will perform a circular attack that is useful for attacking many enemies at once. The knight cannot be interrupted in the middle of the attack, however will still take damage if attacked.


This is an air borne attack and must be performed during a jump, aim the right an*log towards a direction and press R3 to perform a diving attack. Note the knight can’t dive backwards. 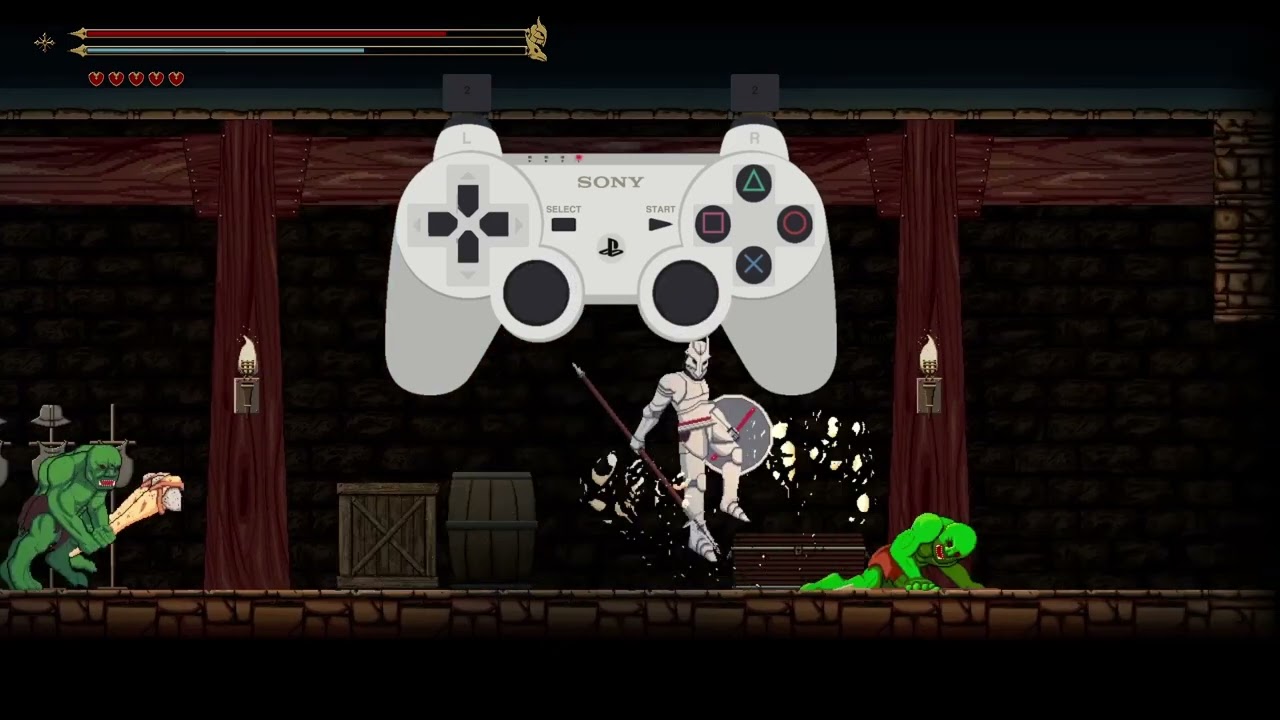 As you progress through the game, the knight will learn many new moves. Make sure to refer to the movelist to gain more details regarding the move.

Putting it all together

Take it slow and learn individual parts of the combat system, in time no foe will stand in your path 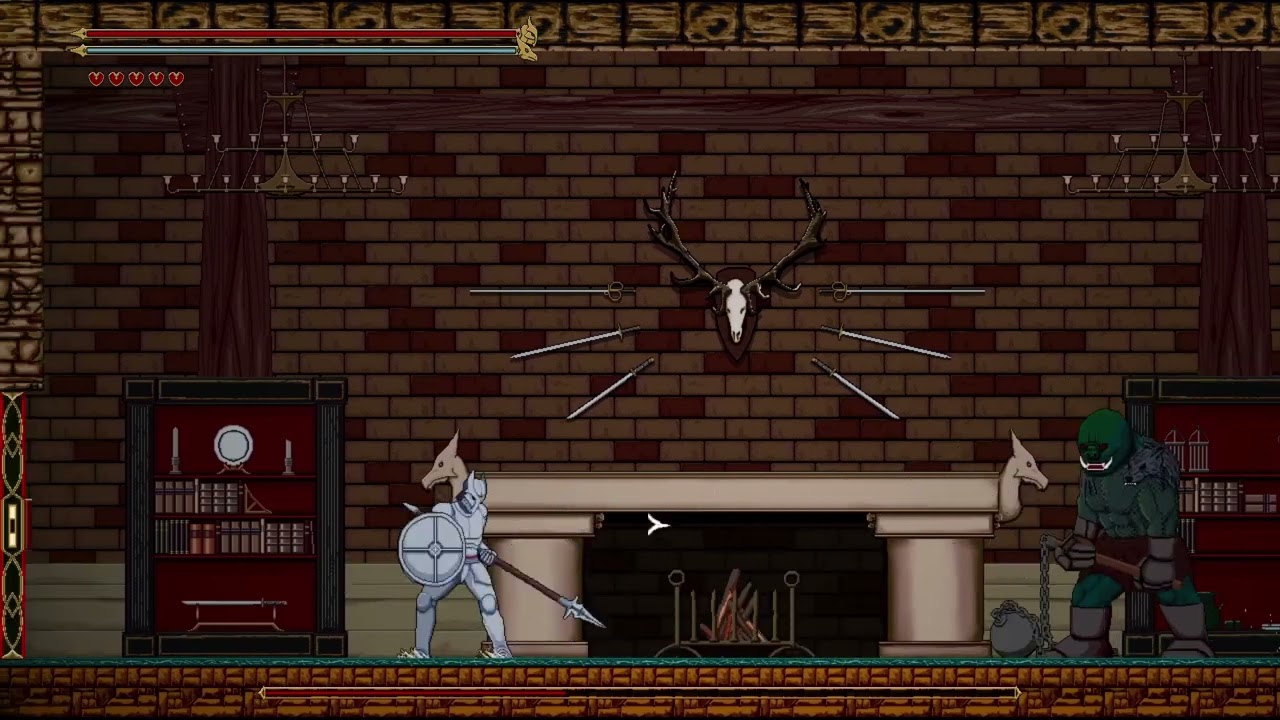 This is all for Draco Knight Basic Combat Gameplay Guide hope you enjoy the post. If you believe we forget or we should update the post please let us know via comment, we will try our best to fix how fast is possible! Have a great day!