Here you will find some information about the Digimon Overall Lore but not this Game in specific.
You can search content from the list on the right or just press Control+F and type the term you want to know.

There is Two translations

The two translations uses sometimes the same words to refer to different things, and this can be cofusing, if something dont make sense or you dont find it, try searching for its another translation. 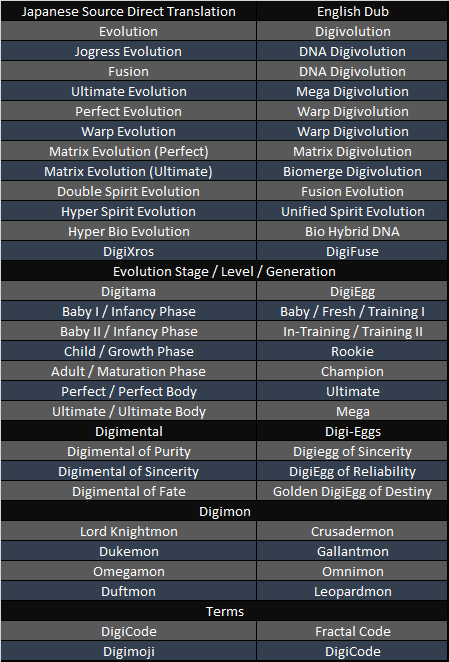 Digimon, short of “Digital Monster“, are beings made of Data and the Amount and Type of data inside their DigiCore is what determine their size and appearance.

Digimon have been depicted in many different continuities, some of the settings have differed slightly in each work. That is because interpretations of Digimon differ from creator to creator.

Origin
One day, a virus possessing artificial inteligence spread onto computers throughout the world. The virus evolved in a way similar to living organisms, changing its appearance and nature on the Network, becoming the Digital Lifeforms that came to be known as Digital Monsters.

DigiCore
Also Computer Kernel, is a program and data said to be Found at the Center of a Digimon’s Body, that controls the entirety of a Digimon, corresponding to their Heart and Brain, and analogous to their Soul.

A Digimon can continue to exist long after its body has rotted away so long as its DigiCoreremains unharmed, but also the Digimon will immediately cease functioning if they lose their DigiCore.

Powerful Mega Digimon, such as the Digimon Sovereings, each have 12 DigiCores that Orbit their bodies.

When two Digimon undergo DNA Digivolution (Jogress), their DigiCores are normally Totally Fused, resulting in a single new Digimon. When this process is left incomplete, the resulting Digimon maintains its form in a very unstable state, is thus unable to store its DigiCores within its body, so they manifest outside.

Gender
Digimon Don’t Have Physical Sexual Organs, as they are made of data, they reproduce not through sexual reproduction but through a universal system of data recycling, copying/pasting, and data merging.

Size
The size of a Digimon is Determined by the Amount of Data and content embedded in their Digicore, and the size of the texture expressing their body.

Also referred to as Leveland Generation, is the level of development of a Digimon is at.
There are Six Stages of normal evolution, after hatching from a Digitama, through which a Digimon can naturally go through.

There is a Difference between the Japanese Source and the English Dub names, so people may get confused a little bit. 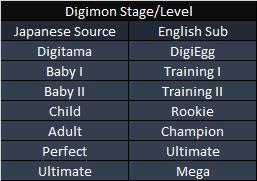 A Digimon could be considered a Super Ultimate Level (Ultra) in one universe but not in others.

Digimon evolve with varying conditions. Methods generally being either age, collecting data, winning battles or drawing energy of a human. Digimon have six natural stages of evolution, as well as others obtained through artificial help. Due to the influence of the Dark Area, the evolutionary trees of any Digimon have been altered, enabling them to evolve into many different forms.

There is two different methods of this type of evolution:

There are also two artificial stages of evolution, which can be accessed through the use of a Digimental (Digi-eggs) or a Legendary Spirit to get to Armor Level and Hybrid Level, respectively.

After their fight against Lucemon, they each separeted into a Human and Beast Spirit.

Their names have the prefix “Ancient“.

The abilities of each member of the Warrior Ten were latter passed on to certain types of Digimon.

They were created from the Legendary Ten Warriors after their battle with Lucemon.
Each spirit also has a symbol associated to it referring to the spirit’s main attribute.
Susanoomon bears an eleventh symbol.

“Crest” may reffer to two things.

Tag is the pendant used to store and activate the physical Crests.

9 Crests manifested in the form of Small Tablets. 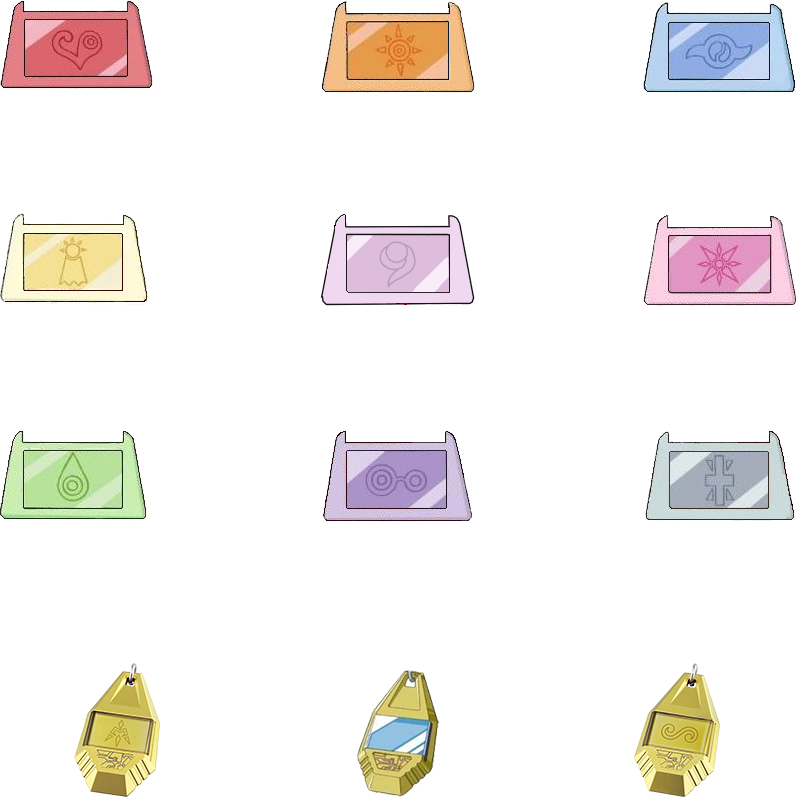 2 Crests which haven’t a physical manifestation (only exclusive of a Bandai’s Toy), but are present in many places.

Crest of Miracles, Crest of Destiny

Rare and ancient items, they allow Digimon to perform an Ancient Type of Evolution, know as Armor Evolution, that was used more commonly in ancient times in the place of normal evolution. Most of the Digimentals Represent One of the Crests possessed by the first Chosen Children

11 Digimentals that allow a Digimon to Armor Digivolution.

Each Digimental is Enblazoned with a Crest, while There is No Crest of Fate (Destiny) or Miracles, they are emblazoned with a symbol analogious to one. 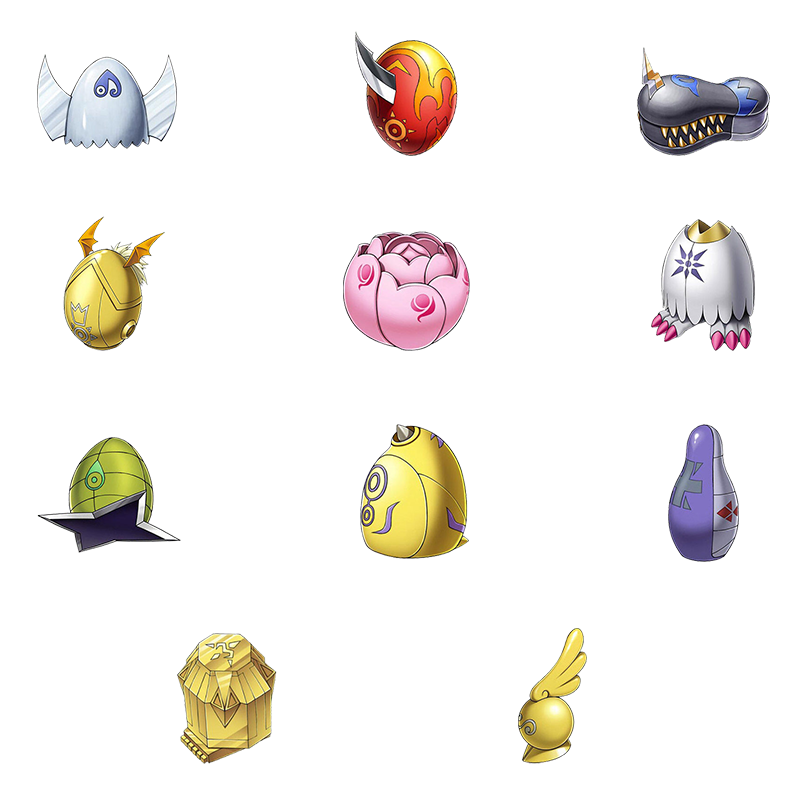 Armor Digivolution is an alternate path of evolution some Digimon can take
Mostly used in Ancient Times.

Using a Digimental (Digi-Egg) a Digimon evolve into a Special Armor Form unique to the combination of the Digimental. This is useful if there are any factor prohibiting normal evolution.

Armor Digimon began to be treated the same way as Adult (Champion) Digimon, and most of them can be considered as it.

Also know as “Heaven” and “Realm of God“.
The core of the Digital World’s universe as well as being God’s Domain.

This place exists in a higher dimension to that of the Digital World itself and all Angel Digimon come from here.

It is the primary duty of the Three Great Angels to protect this place and lead God’s Army.

Also referred to as “God of the digital World“, is the mysterious host computer that rules over the Digital World on one of the servers on the Network as well as being the name of the System that Manages the Digital World.

Originally was a generic name for the system that was operating on the supercomputer where the Net Ocean was discovered, and later, as a self-defense instinct to eliminate bugs, it began to function without making any judgment between good and evil.

Yggdrasil gathered the Royal Knights in order to manage the world.

Is an Immeasurably Powerful Being of Ultimate Goodness and Infinite Love that resides within the Digital World’s central “Kernel“, which is protected by the Three Great Angels and the rest of the Angel-Type Digimon.

Holy Angemon – Servers as a speaker of God’s “Light” which seeks to preserve the order of DW.
Sakuyamon – Acts as an agent of God’s Will.
Kongoumon – Has been an agent of God on earth since ancient times.
Airdramon – A Mythical Animal Digimon said to be close to God.

Its often interpreted that “God” is a term used as a synonym for the Four Holy Beasts that govern the stability of the Digital World.

Its also said that God is an Existence beyond the Four Holy Beasts.

Some research reports that God has a different origin from the Digimon and in fact is the System of the Digital World itself.

Others believe that god may be the human who created the Digital World.

Is a formless, god-like entity, or group of entities, that maintains the balance between good and evil in the Digital World.

Because it has no body, it has to possess other people’s bodies to communicate.

Its also the entity that chose the Chosen Children and created their partner digimon, Digivices and Crests.

Is an overall Branching group of digimon that each one belongs to.

10 fields, each with a different theme. 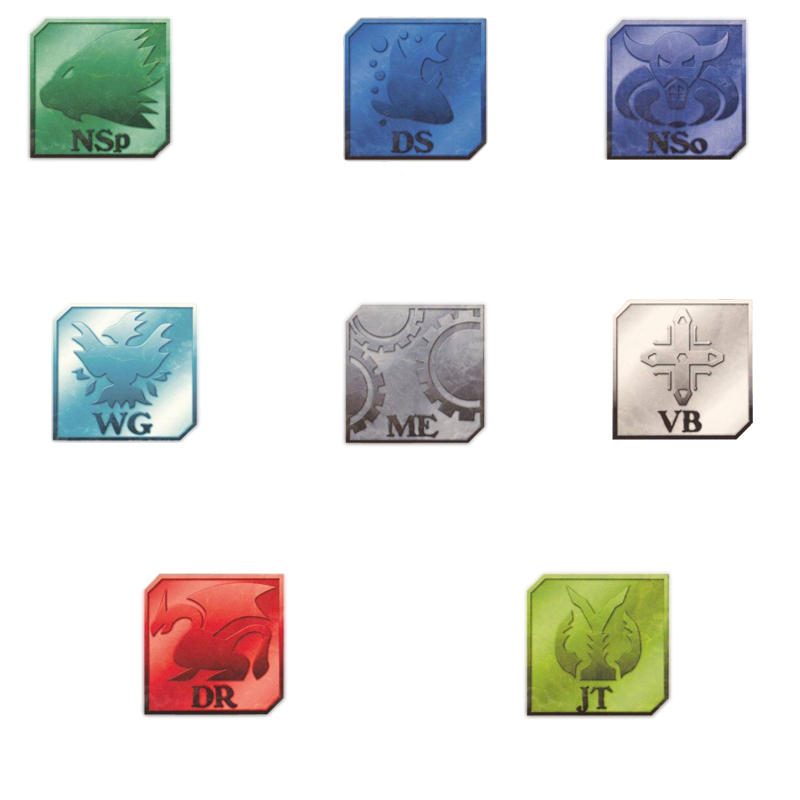 None
Some Digimon also lack families altogether, where they are either Baby Digimon too young to have family, or are otherwise unclassifiable.

Title given to an alliance of Thirtheen powerful Holy Knight Digimon that are the Digital World’s sacred guardians and are famed among Digimon as “Guardian Deities” of the Computer Network.
They were gathered by Yggdrasill in order to manage the World, and boast absolute power within the Digital World. Because the Royal Knights are assigned the highest rank of Network Security, it is absolutely impossible to violate Security in their presence.

Created to face the rebellious Son of God, Lucemon.
God divided three of its own aspects and gave one to each of his three apostles who would be in charge of directing God’s Army in order to fight against all the Fallen Angel Digimon.

It is said that Lucemon’s abilities have now been inherited and split among the Three Great Angels.

Is a term used for the strongest Demon-Type Digimon, they were once High-Ranking Angel Digimon, however they each committed a Deadly Sin and fell, becoming Fallen Angels.

Lucemon instigated a Rebellion agains God, alongside other Angel digimon that fell.

They were defeated to the Dark Area by the Digital World’s System (Yggdrasil), and being sealed there as punishment, continuing to exist as a deadly sin, a desire that they each pursue, becoming Demon Lords.

Each represent one of the Seven Deadly Sins.

Each one of the Great Demon Lords has their own Crown which are distinguished by: 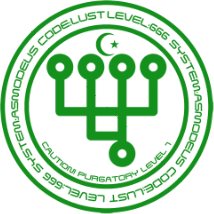 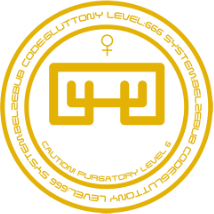 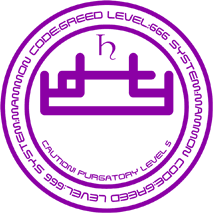 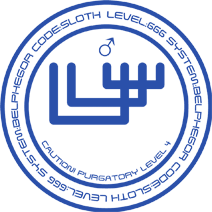 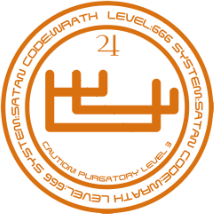 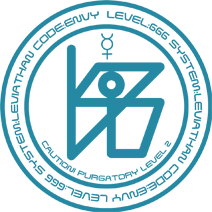 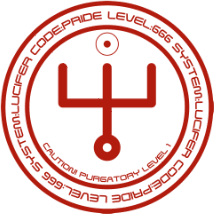 Hope you enjoy the post for Digimon Story Cyber Sleuth: Complete Edition Information Guide Playthrough, If you think we should update the post or something is wrong please let us know via comment and we will fix it how fast as possible! Thank you and have a great day!