In this part of the guide we have a look at the basics of Crystal Clash’s gameplay. There are three basic things that you should know about: Building of waves, defending at your own towers/nexus and the fight about the middle ground. The usage of pings will help you by improving the coordination with your teammate, it is therefore covered here in addition.

For basic information about waves and wave building please watch the video first. 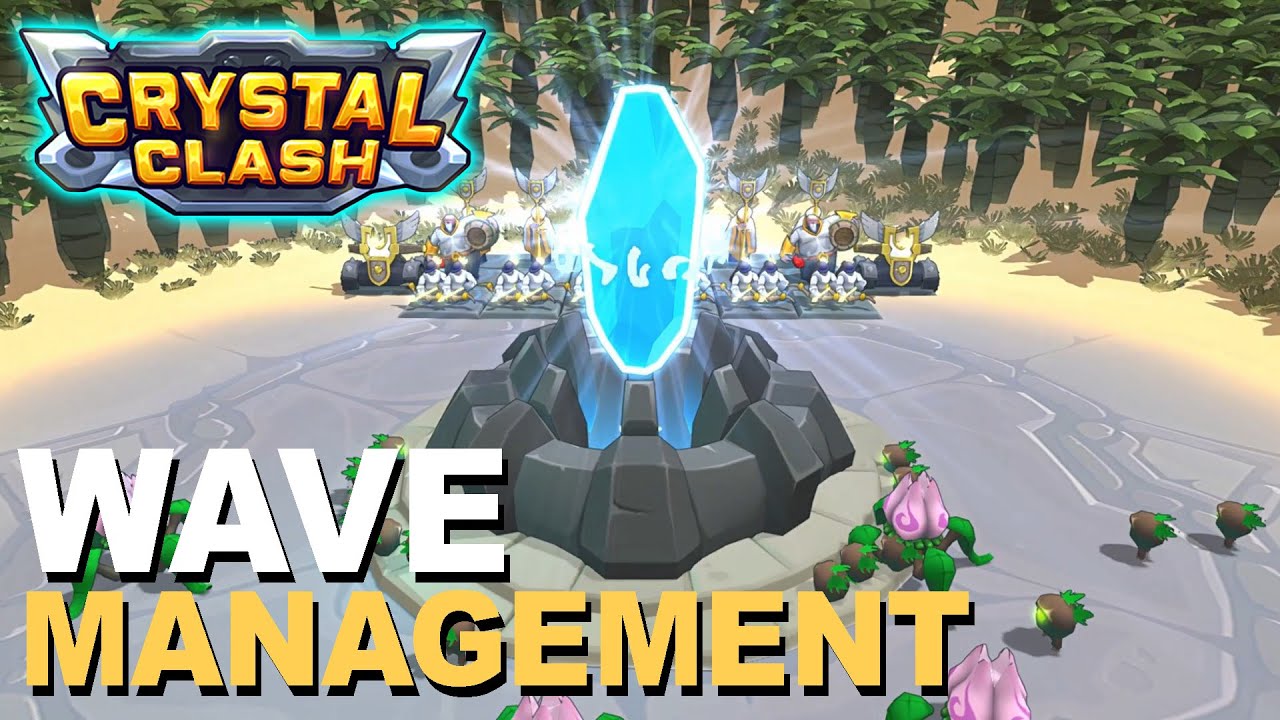 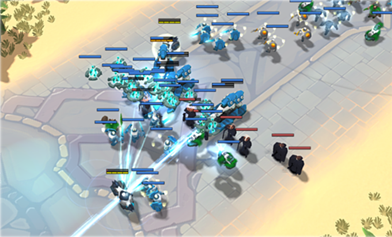 Waves/mobs are a very important part of the game. A ma*sive wave can even become unstoppable at some point. Waves are therefore always a threat to you and you should have some strategies to deal with them. Helpful things are units and spells that can do damage to more than one unit at once. Some units and buildings like the Lich, Gunner or the missile turret have splash damage, therefore meeting these criteria.

Examples for good spells are the legendary earthquake or hail of arrows, which deal area-wide damage. With freezing, rooting, stunning, and so on, there are several further options to bring down a wave, by incapacitating or also splitting them up. Again, a combination of units and spells is trump.

# Defending at the Tower

One of the most important things in defense is to use your towers and defend in their shooting radius. The towers are strong damage dealer, which you should use accordingly. 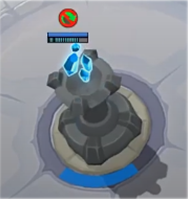 Don’t be afraid to let the towers take some damage, they are made for covering your damage dealer. Because enemy units focus with their attack on the tower, you can place your damage dealer in cover behind it and attack the enemie’s damage dealer with your tankish units. Watch an example for good defense play in the video 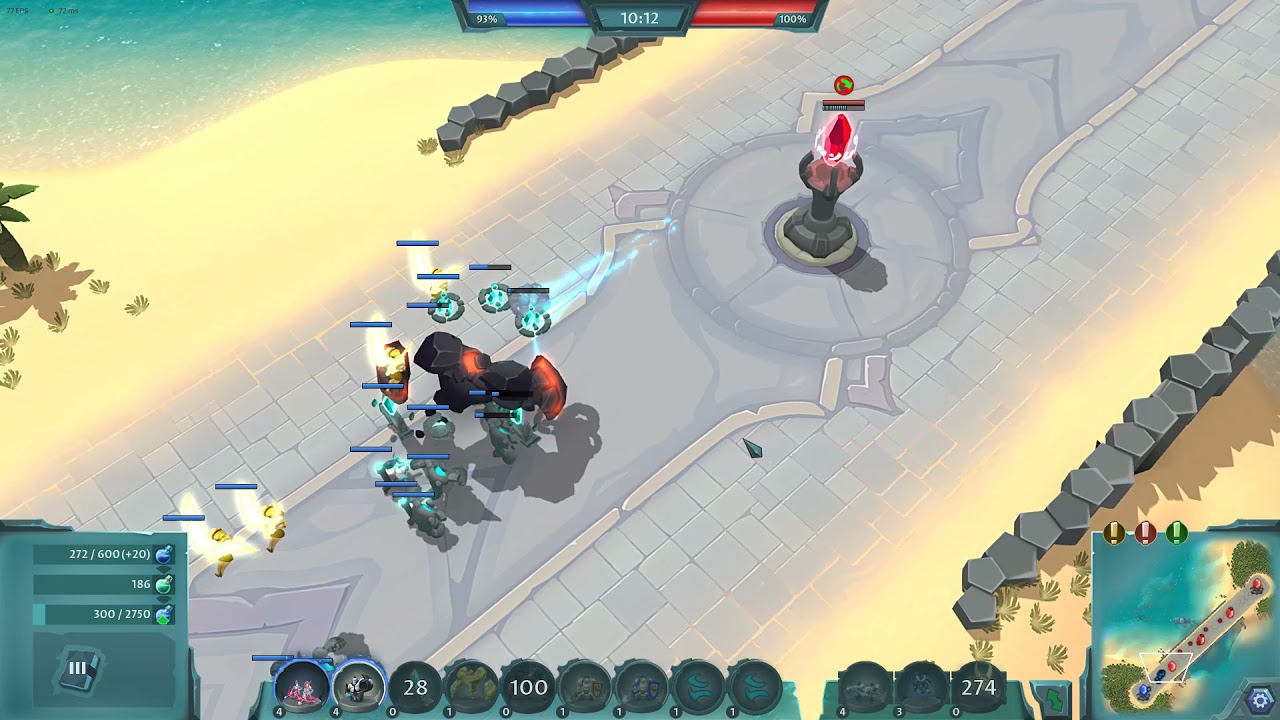 # Fight About the Middle Ground

The first clash usually happens in the fight about the unclaimed middle ground. If you set a t1 or t2 spawner on your grid, you’ll increase your chance of winning this fight. You can simply start a bigger wave compared to the situation in which you wait for a big t3 spawner. Some sneaky players try to win the middle tower by summoning one unit closer to the middle, so you will arrive late and your opponent gets it “for free”. Your units will then also run into the new tower and, if well timed, in the opponent’s first wave, as well. Watch this happening in the video. 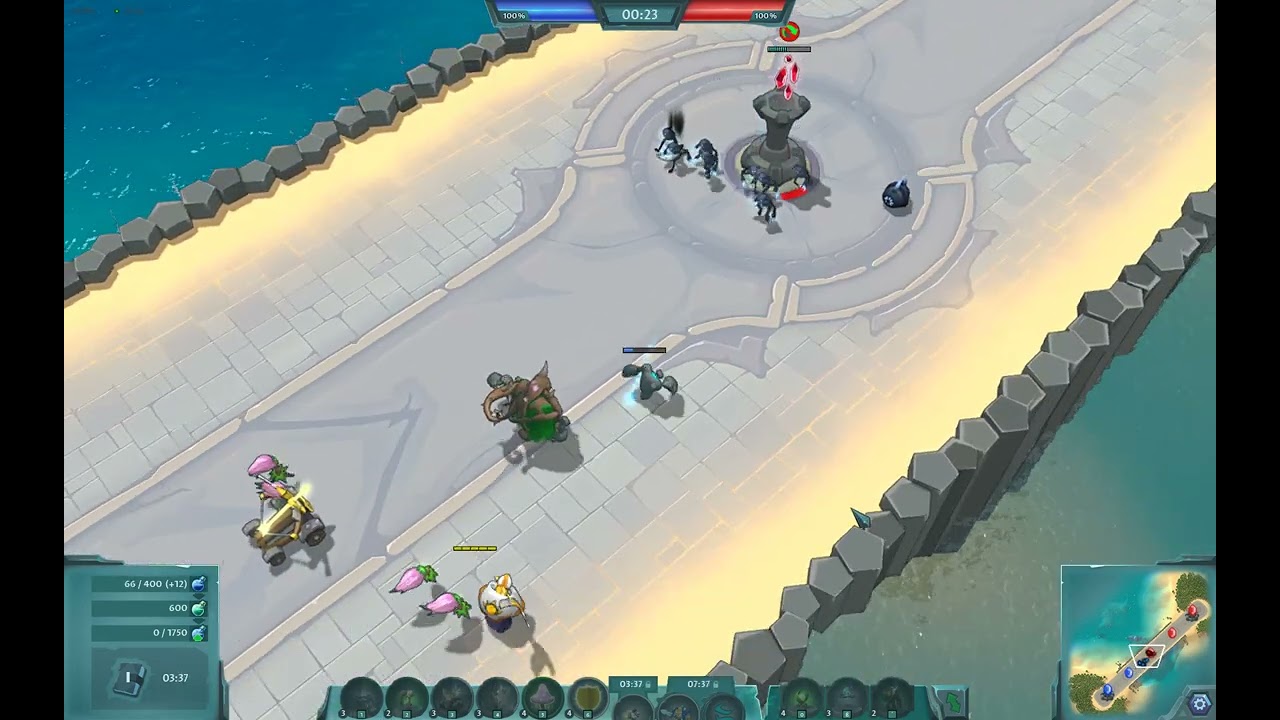 To avoid this situation, it is always good to have an eye on the map on the bottom right side. You can monitor if a unit is placed, but in addition it helps to see bigger waves coming and also shows where buildings are (marked as squares in the right picture). 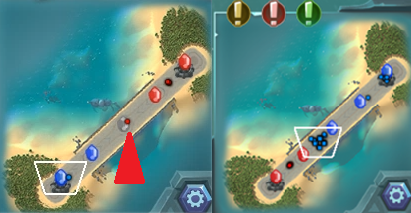 However, nothing is lost if you don’t win the middle in the beginning, just fall back, take a breath and start building a big wave, which units from your spawner will now join faster, because of the shorter way.Moreover, it can also be part of a strategy not to attack the centre directly in the beginning…

# Pings and how to use them

Pings are your basic way to communicate. Especially when you play with random teammates in the queue, they are very helpful for coordination. That said, pings will still have a worth with a regular teammate and voice communictaion, as you can point to locations ingame, for example. When you use a ping a light channel will appear which is accompanied by a higher pitched sound. The location of the ping will also be shown on the map, see the picture. 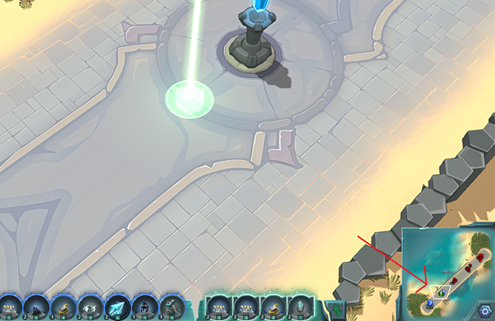 There are three different pings for ingame coordination with your teammate: Attack, neutral and defense ping (left to right in the picture).

You can either click each time on the individual ping marks (just above the ingame map) or bind them to prefered keys or mouse buttons in the settings.

You can use the attack ping when you want to launch an attack on a tower/the nexus or to prioritize targets that need to be attacked first, such as enemy damage dealer or special units. 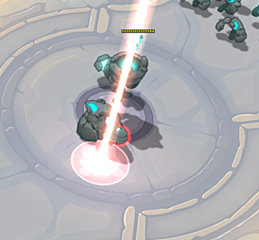 The defense ping is generally used when you want to fall back or initiate defending at your own tower or nexus. It also advises your teamate to save his mana until the enemy mob is in range of your tower’s firepower to engage there at full capacity. Put the defense-ping slightly behind the tower to make your intention clear.

The neutral ping is the one you choose when you want to point something out for your teammate. One prominent case is the location where you want to build a wave and your mate is supposed to add his units. If that is your goal, use the neutral ping next to your already summoned units. You can also show you’ve spotted an incoming enemy wave that your teammate may not be aware of yet.

It is generally advised to be mindful about the usage of pings, too many may annoy your teammate!

Hope you enjoy the post for Crystal Clash Basic Gameplay Tips and Tutorial Guide, If you think we should update the post or something is wrong please let us know via comment and we will fix it how fast as possible! Thank you and have a great day!