This is a guide with basic information to help you get started. We will provide general information about the game, the structure of a deck and how leveling up cards works. We also provide ingame settings that may be helpful for you. Use the right-side Guide Index for faster navigation. Sample decks and matches can be found at the end of the guide.

Your deck is the heart and core of the game and basically consists of two main sections Summonings & Spells and Spawner on the far right. This is what a deck looks like in the deckbuilder and game:

Depending on the tier you play (Bronze, Silver, Gold), some of your summons & spells may not be playable until later in the match. For example, a T3 legendary will become available after 8 minutes into the match.

The Spawner will provide you with fresh units when they are placed on the grid. A unit is always spawned when the grid turns greens, so be aware when and where you are putting them down. The fields of the grid are turning randomly during the game.

Summonings & Spell are the active part in the game. You can summon units, cast spells or put buildings in the green zone of the lane. The green zone marks the territory you control with your nexus and guard towers. 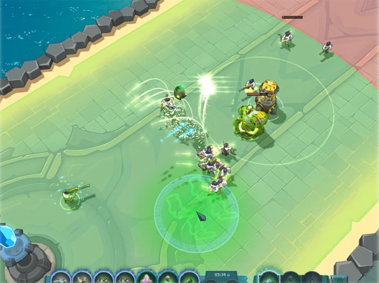 Beginners may be irritated by the looks of a summon and spawner. For a better distinction, this is what they look like in your deck.

There are four tiers for which you can build decks and play in: stone, bronze, silver and gold. Stone tier is regarded as a way to get used to the basics without beeing crushed by more experienced players. This is why you also will be matched with bots there. Tiers above stone start to get more competitive up to the gold top. 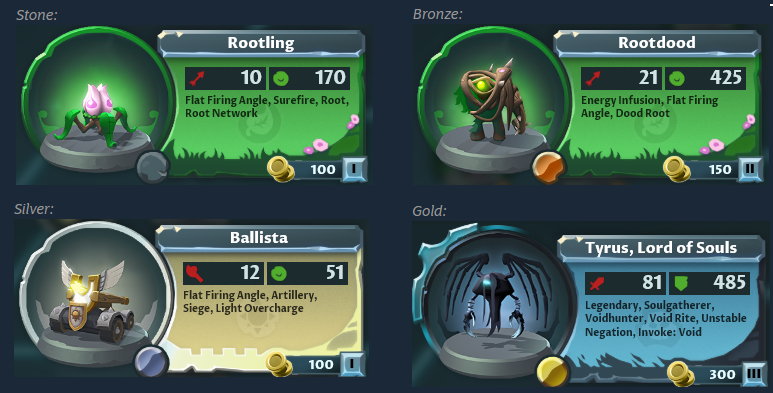 As long as all cards in a deck consist of the same tier, you will not be matched with opponents from higher tiers. But be aware, if you choose to level up just one card, you’ll enter the next tier with the whole deck! So you might want to chose a steady approach and level all your cards equally instead of one card fast to the next level.

There are three ways to level up cards:

3. Sacrifice other cards in your deckbuilder

By playing matches you also earn credits and cards for leveling up your deck and you can increase your income by doing the daily and weekly quests. Pure F2P!!! 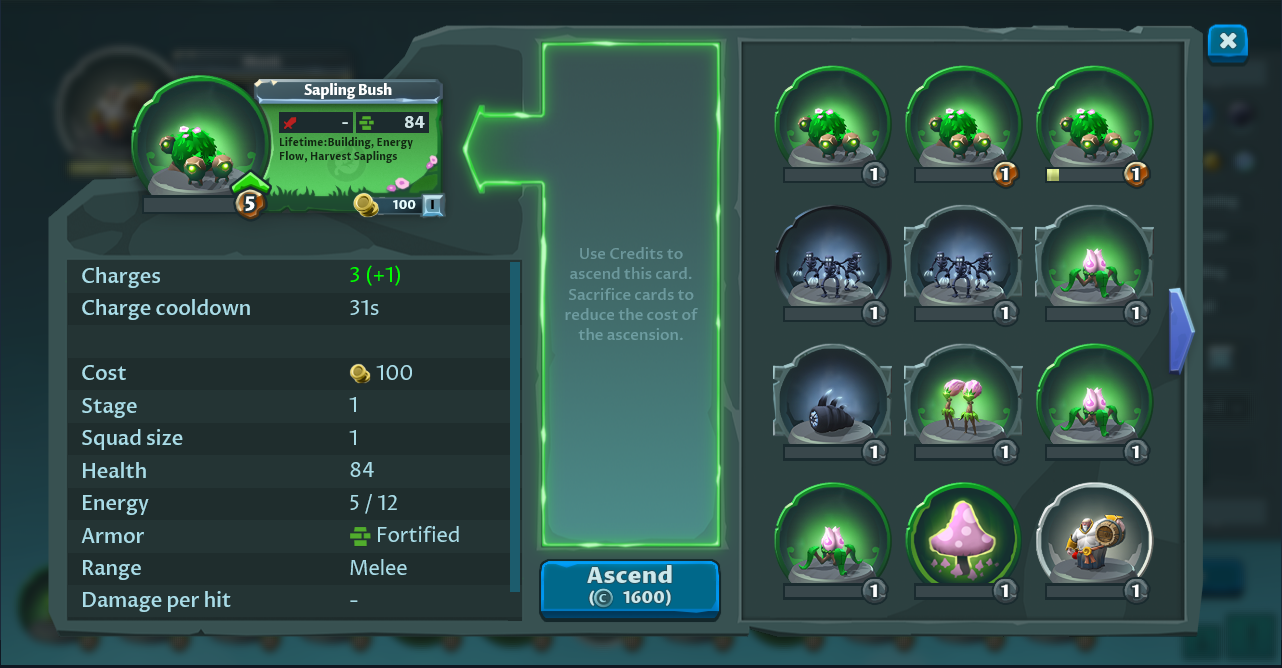 Within a tier leveling up cards will reduce their cooldown time, meaning that your card will be faster to use again or until another charge is ready to use. Once a card reaches level 5 it can be ascended to the next tier, which will add another charge to the card (Marked as +1 in the picture). A charge is the amount of times you can use the card before the cooldown kicks in.

# Resources in the Game

The following resource-system is used and needed for putting spawners and summoning units and casting spells: 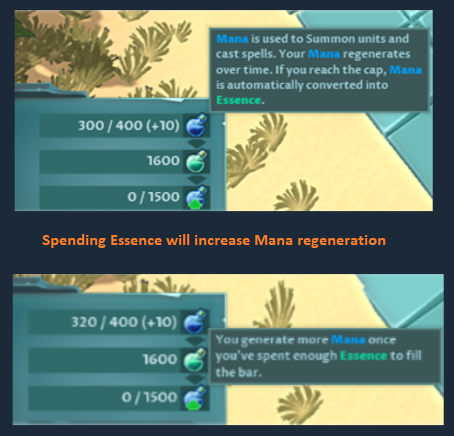 There are several things you can activate or change regarding the ingame settings, for example you can fix team colours or turn on health bars only for injured units. It is also possible to bind keys to your preferences. To reach the ingame settings use the wheel in the top right corner. 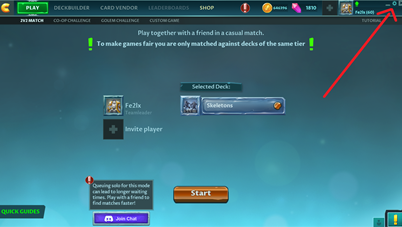 It can be especially helpful to activate numeric counters for your card’s cooldown and how many charges are left. Showing the binded hotkeys can help to have a better overview in hectic phases. 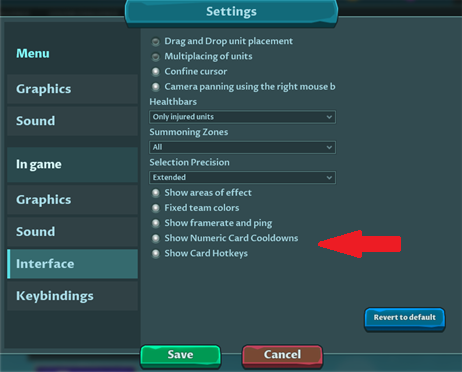 When activated it looks like in the picture and you can see exactly how long it will take until your card is ready again.

The following green/white/crystal combinations are examples for decks in bronze, silver and gold which utilize and try to consider several important aspects you should read about in the other parts of the guides.. Feel free to copy and play with them but be not afraid of trying out new and other things, which is a big part of the fun, there are almost endless possible combinations! 😊

In bronze tier you will need more spawners because the cooldown time for placing them again is higher compared to the higher tiers. In silver and gold however, three spawner are generally enough but four should be your max. 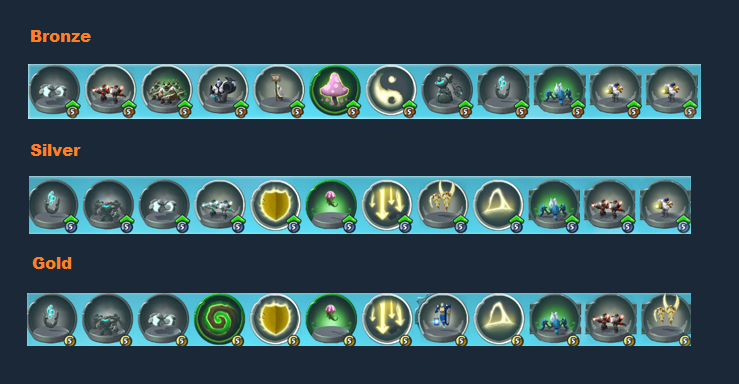 Watch an example Bronze 1vs1-match played by two of our moderators to get a feeling for the game. 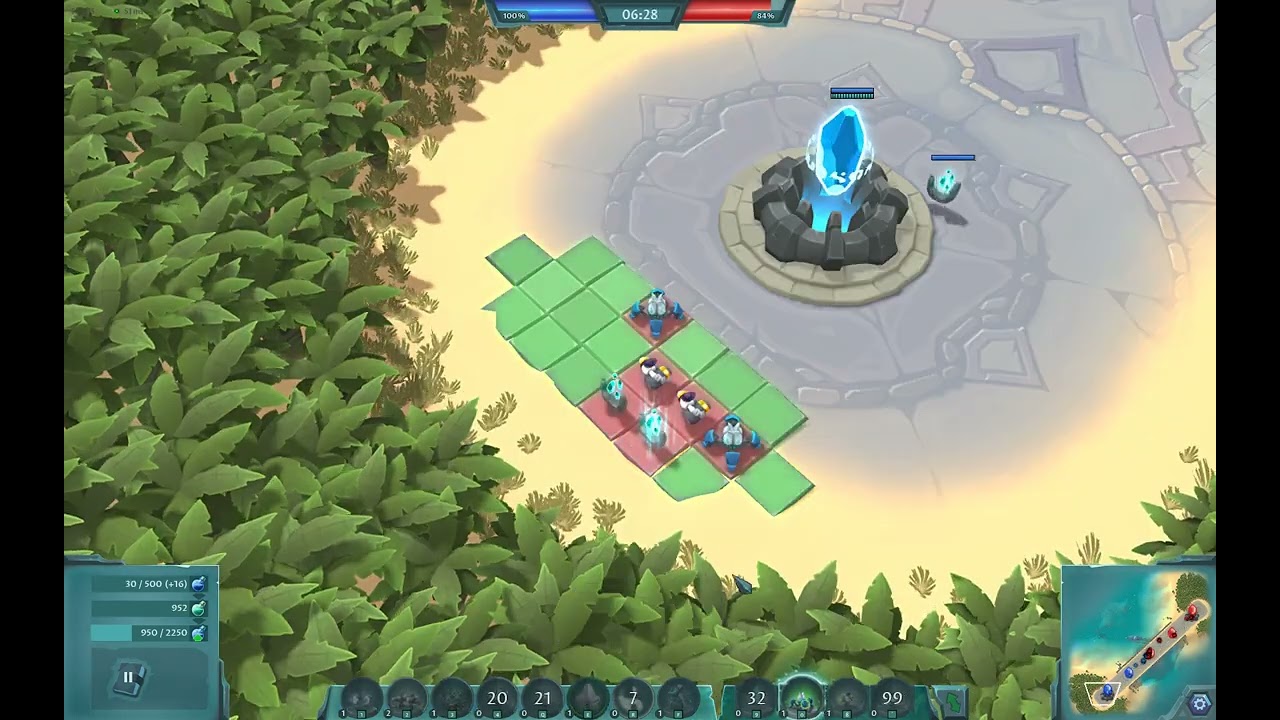 Watch a 2vs2-match in Gold for the big action. 😉

This is all for Crystal Clash How to Play Crystal Clash Tips for New Players hope you enjoy the post. If you believe we forget or we should update the post please let us know via comment, we will try our best to fix how fast is possible! Have a great day!