Welcome to Crystal Clash Deck Building Tutorial and Walkthrough. This guide series focuses on deckbuilding. This is an example of a successful tournament combination.

This part of the guide will show you how I build my deck in 2vs2. Also, it will explain how my deck is coordinated to Paperpancake. Paper is my favorite and most valued tournament partner. He may add the “making of his deck” in the future. Below, you will see the decks that we used as an example. They are essentially the decks that we played in the Crystal Clash Championship. This build was our final choice for the highly competitive tournament. We made only 1-2 adjustments based on the match results and the opponents we faced.

Paper and I usually use t2 spawners in competitive 2-vs-2 because t1 is too weak for endgame. Playing a rush deck with small units in tournaments is very difficult because most teams know how to defend well.

My decks almost always have a tank unit spawner. Although other players may not consider them necessary, I consider them very important for covering damage-dealing units.

In this instance, I play the rootdood for our team’s tanks. It is also my favourite tank. I use its rooting power by healing/enchanting with giant grooth, light pulse, and later by the pulses of the forest. All of this spell activate rootdood’s ability root enemy units. This is especially useful for stopping enemy tank units as they can’t move for a while after being effected. However, the rootdood can attack them from afar. The rootdood is also strong enough to withstand any attacks.

My second spawner, a ranged-damage dealer, will be chosen according to the current balance. The Crescendo was chosen for its speed and range. Paper is playing MOAG, Conductor (with their missiles). This gave Paper enough splash and aoe damage to delay mobs. I may have used avengers as an alternative spawner, but this would cause other changes in deck since they are vulnerable against anti-air like the missile turbines or the airdominating dictators.

I continue explaining the t1 units, spells and the spawner.

The monk is my t1-tank unit. A t1 tank unit is necessary to summon on and strike enemy damage dealers such as marksmen, ballista, and so forth. It is necessary for the first fight in the middleground. The monk also has another function. It is my protection/relief of enemy status effects. Its potion power is a cure that removes status effects such as freeze, roots and grounded and gives immunity from further status effects.

The second t1 unit, which deals ranged damage, is the ranged damage dealer. As you can see, the stone weavers are here. Paper has drones. We can defend against flying troops, but also summon them from behind and under our towers when we fall back. Because they are SIEGE-damaged, the stone weaver has another important job. Siege doubles the damage done to fortified buildings or units. You should have at least one unit that is under siege in your team’s deck. Otherwise, defeating buildings, Aegis, or the granite guardian will be much more difficult.

My t1 spells for Giant growth are GG), Light pulse, Surgeof light, and Giant Growth (. I play a lot GG and Surgeof light on the rootdood. Paper uses Atlas as his tank. I will also use these spells to keep him alive longer. Atlas can heal itself by direct effect but also by casting spells around him. My cheap and available t1 magicks help in boosting him continuously. These spells can also be used for increasing hp and securing any other unit, as well as t3. Surge of light can be used to incapacitate high-damage units of your opponent for 3 seconds (. After that, they will miss 50% of all their attacks) until we reach them and destroy them. It can also heal Atlas when used near him.

From t2 on, the spore and Pulse from the forest (potf) become readily available. A flying unit such as the spore, is essential because one must be prepared to face the aimbot, which only flying vehicles can see. Some spells can help reveal the aimbot but I prefer to have a spore flying unit in my deck. When the spore is killed, it will create a field (of 10 seconds duration) which grounds all other flying units. A situational summoned (, or dying) Spore, can be quite powerful counters. The same field can also be used as a health bath, which adds 25HP per second to each friendly units.

Pulse Of The Forest is a powerful spell to boost high-hp units. It will increase the affected unit’s hp + 50 by 30%. Our units only have a small amount of hp, as we use only t2 spawner and t3 generator.

For T3, I used 2x lothar + brratu or 2x Lothar & The Guardian. Lothar was strong at the time but got nerfed over time. He is still a playable legend.

All these large units (+ Paper’s Atlas) greatly benefit from the spells, enchantments and cards in my and paper’s decks. Start with GG on one of them, followed by Potf for a ma*sive health boost. Lothar’s heavy armour (30% ranged damage reduction, 20% for melee units) allows him to be kept alive, dealing enormous damage with each strike.

Brratu can be pumped because he gets 500 extra health for each enchantment. In addition to the direct hp effects of gg, potf, it will also receive 2000hp additional. 🙂 An enchanted Brratu can be used to absorb damage and to rally your own units behind. It also threatens enemy towers, buildings, and structures (min 400 damage. Because of its extra landing and general damage, the guardian is a viable alternative to Brratu or Lothar (. He is the preferred choice when you need mobs to be brought down and are not under siege.

Below is a recording and comment match from the Championship Finals of Paperpancake. Here you can see our deck combination in action. The Paper provides great insight and information for the gameplay. Take a look. 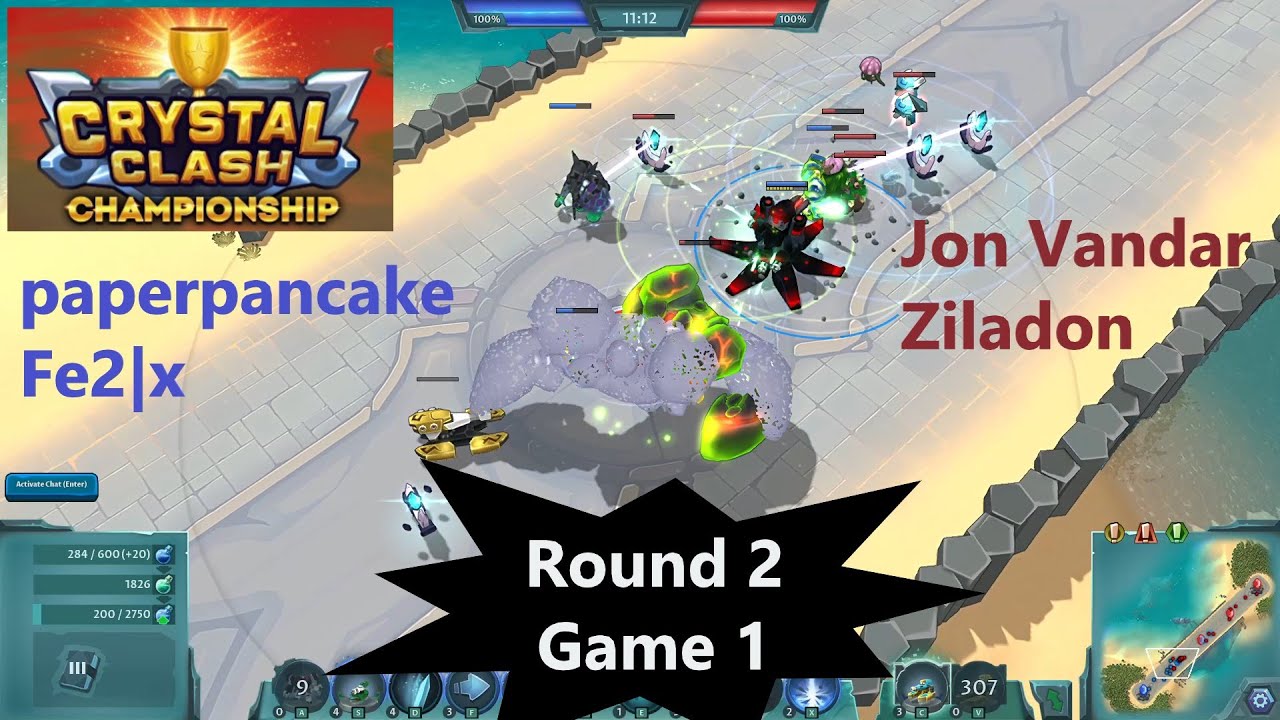 You can continue reading the fourth part.

Hope you enjoy the post for Crystal Clash Deck Building Tutorial and Walkthrough, If you think we should update the post or something is wrong please let us know via comment and we will fix it how fast as possible! Thank you and have a great day!