This is the Zombie Parking Power-Up Guide. This will explain how each and every power up works between the two different types of Power-Ups.

Hello! Welcome to another Zombie Parking guide. Today I am making a guide on Power-Ups since there are a few different types in the game. I will be explaining each power up between these two different categories:

Now with this explained, we can start explaining the different Power-Ups in Zombie Parking.

The common power-ups are the ones that you’ll see most during a standard game. These consist of the shells, the bullets, the shield, and the health power-ups

The shotgun Shells are one of the most common items given from dropped enemies. They will always give you seven more rounds for your shotgun weapon. 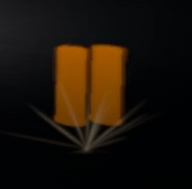 The automatic bullets are just as common as the shotgun shells are. A lot like the shells, the bullets will give you the amount of a normal round (60 bullets).

Health packs are a little bit less common than the ammo, but they are still seen around a lot. They will refill a third of your health bar, depending on how much damage you took prior.

Shield is the most obscure power-up to find for common types. You do see them a lot, but they spawn a bit less and they’re dropped from zombies a bit less than the health too. They do the same thing though. Refill a third of your bulletproof vest 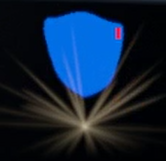 Special Power-Ups are difficult to come by. You could spend thirty minutes looking for one and it wouldn’t happen. In-fact, I couldn’t find half of them for the picture, but they are still in the game. Despite this, they pack a hard punch, and can help you clear entire crowds in seconds.

Probably the most common one of the special power-ups. They give you infinite ammo on both weapons for around 45 seconds. Even though it seems like a small number, it can easily wipe out a large crowd of zombies with the AK-47. 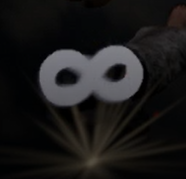 The x2 Multiplier doubles the score of any streak bonus you get from wiping down two or more zombies. This is a very useful power up especially with the Armageddon or Infinite Ammo power-up. Practically gains a good 10,000 – 100,000 depending on how much ammo you’ve been hording. 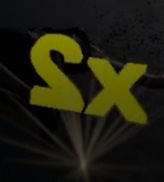 Invincibility is incredibly rare. I came across it once or twice, but I haven’t seen the power-up since. It grants invincibility for 45 seconds, much like the infinite ammo power-up. Because of the rare rng of this appearing, I couldn’t find the image for it.

Armageddon is also a rare power up. Sadly my screen capture had lagged out when I found it, so I don’t have an image to show it. Its a white glowing skull that when upon pick up, it will wipe out every zombie in the parking lot with you. This also comes with giving you the streak bonus of every zombie.

Those eight power ups are all the power ups to aid you on mowing down the crowds of zombies. I hope this knowledge was useful and I hope you can use it for your next game.


(P.S, when I can find the missing images for both special power ups, I will update the guide.)

Hope you enjoy the post for Zombie Parking Power-Up Guide, If you think we should update the post or something is wrong please let us know via comment and we will fix it how fast as possible! Thank you and have a great day!