An interesting story about the Fort Douaumont.

Fort Douaumont sat directly in the German line of advance.It had been designed to resist the full power of attacking army, with walls of steel and concrete custom built to withstand even the massive 420mm ‘Big Bertha’ guns of the German Army.Indeed, it had survived three days of intensive bombardment in better shape than anyone had any right to expect.With a battalion of infantry and a full complement of artillery pieces and ammunition, the fort would have the ability to hold out during a long and protracted siege.By 25 february, the Germans had advanced their front line to just north of the fort but had not yet brought up any supporting artillery.Douaumont should have been im a solid position to defend itself, even without the artillery pieces that Joffre had removed. 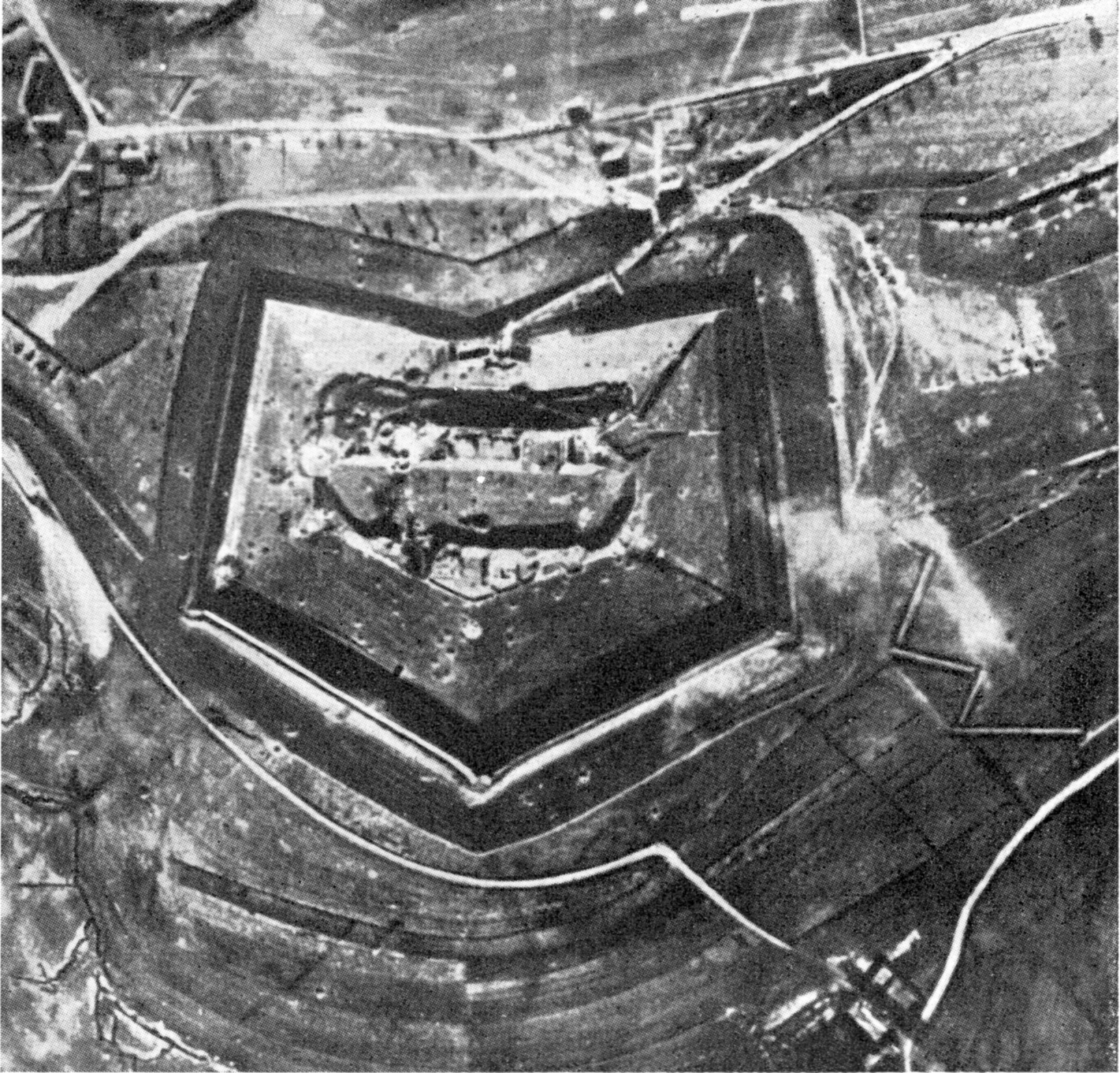 Douaumont was not, however, prepared to defend itself from the kind of attack it was about to face.A small company of German soldiers had gone beyond their orders for the day and had advanced close enough to scout the defences around Douaumont.They noticed that only one of the fort’s machine guns seemed to be firing, and that the dry moat around the fort seemed to be completely undefended.The small party of Germans climbed down inti the 7m deep (24ft) moat, approaching Douaumont from the northeast.Stiil no rifle or machine gun fire challenged them.A sergeant Kunze had his men form a human pyramid that he then climbed to gain access to the fort throught an empty machine gun aperture.Once inside, he realized that he had entered the main northeastern gallery of Fort Douaumont without firing a shot.


Kunze urged his men to follow him into the fort whose strenght they had so feared.Only two did so at firts, the rest fearing either the french response or the response of ther own officers for exceeding orders.The three germans advanced slowly and quietly through dim tunnels wondering where the french garrison was.They found four french soldiers in the turret of a 155mm gun and stunned them, taking away their pistols and rendering the most powerful gun Joffre had allowed the fort to keep utterly harmless.The germans found 20 more frenchmen im a meeting room, made them prisoners as well, and locked them in a barracks room.When no more french soldiers appeared to challenge Kunze, he sat down at a table in the officers messwith eggs and wine, having had no rations for days, he helped himself to a snack.

Unbeknownst to him, Kunze had isolated not just the fort’s largest remaining gun, but rendered almost half of the fort’s garrison on that day out of action.On the morning of the attack, Fort Douaumont’s once mighty garrison of 800 men had been reduced to just 57 Territorials with no officers at all.French units were in the vinicity and could easily moved into the fort to take it back but none did.No units ever received orders to that effect, probably because at that time General Herr was still planning to demolish the fort and everything else on the right bank of the Meuse.Given that plan, there was no reason to reinforce the garrison.While Kunze continued his meal, other german soldiers had crept closer to the now curiously silent fort.Some germans began to wonder if they had been victims of a great trick.Surely the french would not give up Fort Douaumont without a tremendous fight – perhaps the fort had been rigged for demolition already and would blow up at any second.


The fort, of course, had not been rigged, and by late afternoon it was entirely in German hands.By nightfall an entire german battalion had taken refuge inside and another had set up a rudimentary line of defence outside.Europe’s most powerful fort now stood in the way of the French Army, not the German.One group of french soldiers had barricaded themselves inside one of the fort’s galleries and still refused to come out.A delay ensued until the germans found one of their own who had been a waiter in Paris before the war and could explain that they were now prisoners of war. 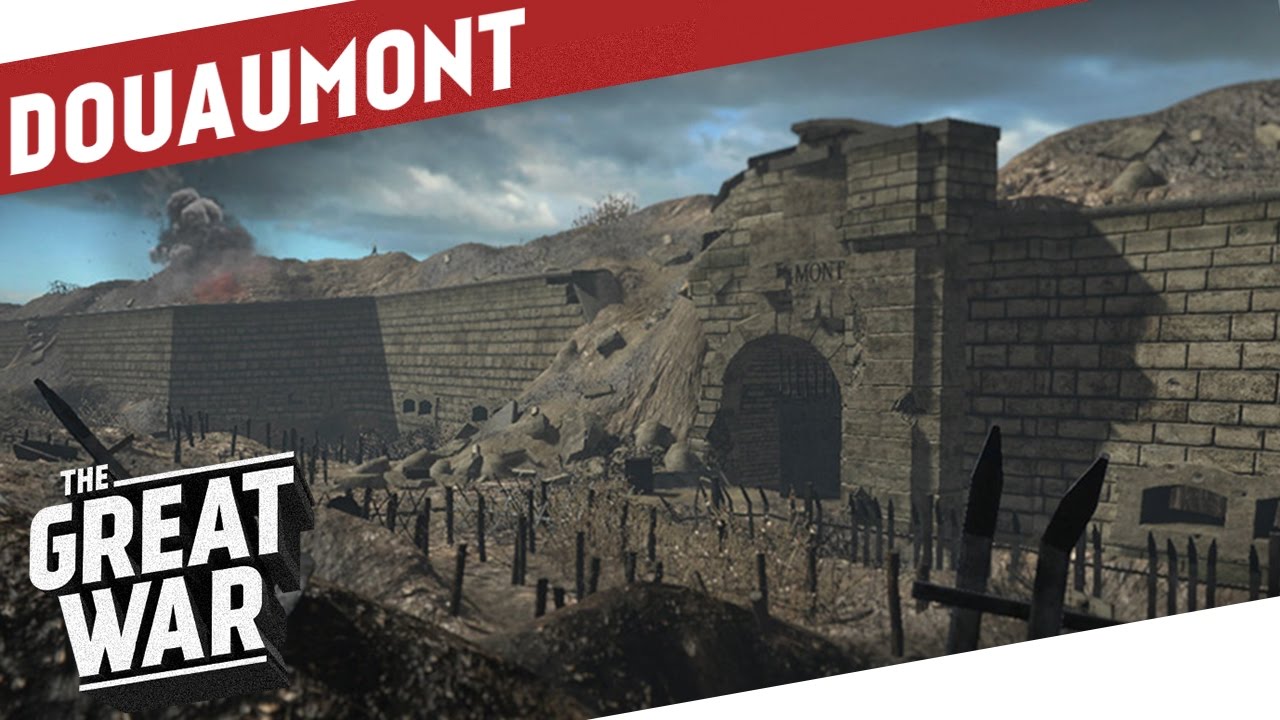 The news of the fort`s fall spread quickly throught the continent.When the Kaiser heard about it, he immediately demanded to be taken to Verdun, whose fall he expected at any minute.Those few civilians still in the city were ordered to leave, as the french did not believe they could protect them any longer. 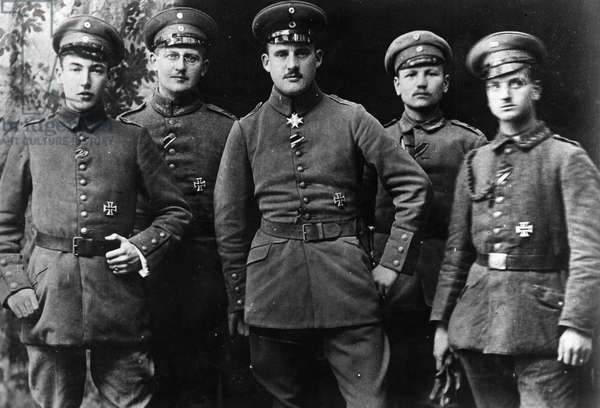 The glory for capturing Fort Douaumont fell not upon lowly sergeant Kunze, but a lieutenant von Brandis (seen here in center) who arrived after it capture.Brandis, of arristocratic Prussian stock, was awarded the Pour le Merite medal by a delighted Kaiser


Althought Joffre had, more than anyone else, been responsible for the parlous state of Verdun’s defences, he recognized the danger that the German offensive there posed to french survival.The news of Fort Douaumont’s fall, especially the circumstances behind it, shocked him. 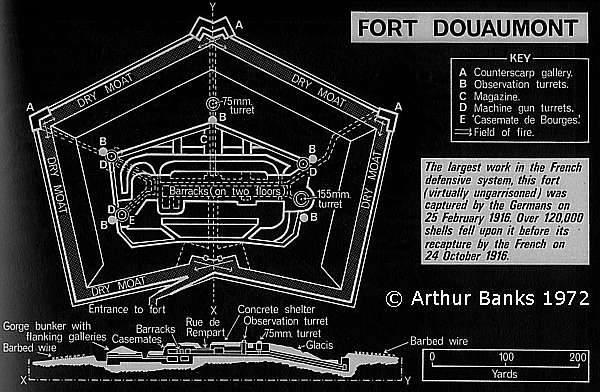 Hope you enjoy the post for Verdun The Fall of Douaumont Story, If you think we should update the post or something is wrong please let us know via comment and we will fix it how fast as possible! Thank you and have a great day!