Patrol routes for all of the roaming bosses currently in the game. 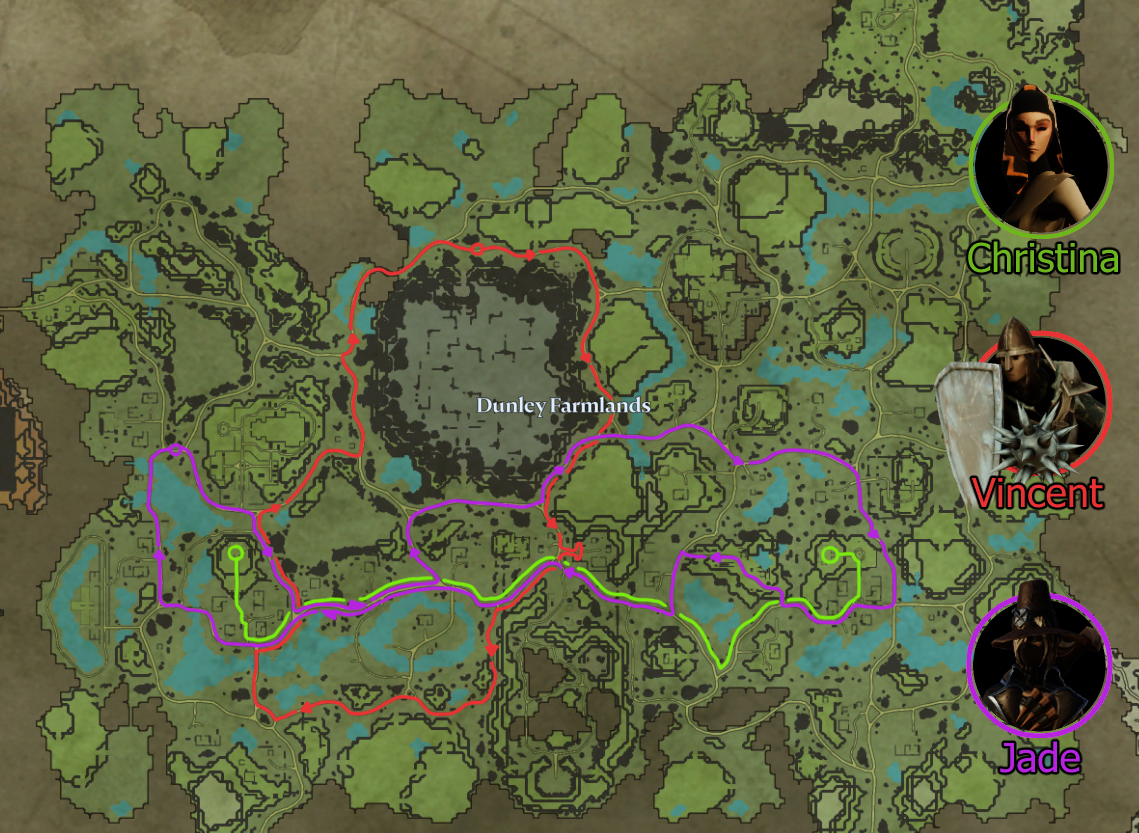 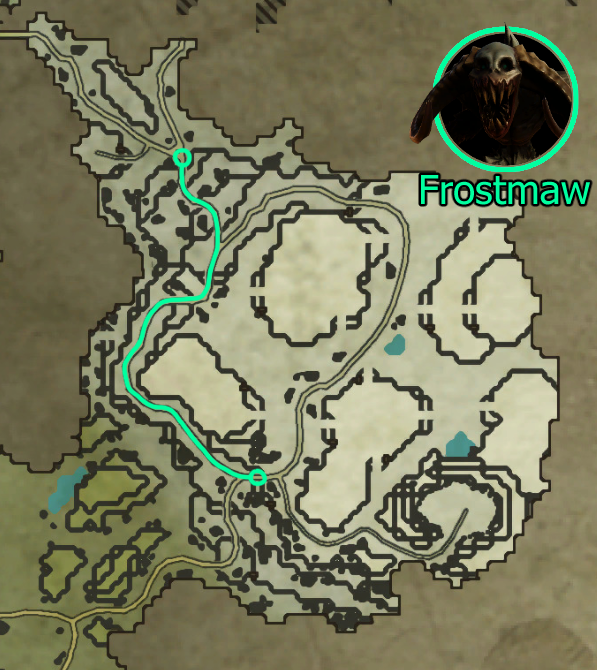 Some notes from my explorations:


Alpha Wolf can spawn in any of the 3 wolf dens and has a unique route for each of them, since it’s also the weakest it’s not uncommon for it to die before completing one, especially at the south western spawn.


Lidia regularly gets in fights with both wild creatures and undead and likes to wander off the path, don’t worry though she’ll be back, eventually…


Goreswine spends several minutes each at the Desecrated and Infested graveyards so best bet is to find him at one of those. He will also fight Alpha Wolf and Lidia if he encounters them so that’s an easy way to get those three at a reduced health.


Vincent sits outside the tent in the Militia Encampment directly north of the Haunted Iron Mine for several minutes so check there first.


Christina stops for a few minutes to pray at the Mosswick and Dawnbreak churches in between her walks.


Tristan has a pretty long route and doesn’t stop in any one place, although he does struggle with enemies that don’t move, I saw him attempt to kill a Mantrap for almost 2 minutes so check those areas lol.


Frostmaw is pretty easy, he doesn’t walk very far and it’s along a single road.


Jade, like Tristan, has a pretty long route however it’s mostly one way so walking the opposite direction will help you find her faster. She also will fight any werewolves she encounters along the way, which can do a decent chunk of her health.


Styx interestingly enough doesn’t go in a circle, he walks a route from start to finish and then back again, although the start and finish are the same place.


Both the overall map and the individual routes (SoonTM) can be found on the V Rising Wiki along with tons of other content, come check it out!

Hope you enjoy the post for V Rising Patrol routes for all of the roaming bosses guide, If you think we should update the post or something is wrong please let us know via comment and we will fix it how fast as possible! Thank you and have a great day!