Claude is Sun Haven’s reclusive musical prodigy. He came here to get distance from the Great City and focus only on his craft. He aims for perfection and can be sensitive about his work since his music is his mental retreat.


He is the sole resident of the large house north of the Bakery and enjoys the isolation, as he sees it beneficial for his work. However, he enjoys occasionally walking into town and interacting with the other residents from time to time.

Jun is a warm and earnest Counselor, guided by his intuitive empathy. Helping others is what he loves, even using his free time to volunteer. Jun wants to share his life with somebody and is hopeful for romance.


As the town Counselor, Jun will often be mentioned in passing by others who receive counseling from him. He also serves as the town’s schoolteacher and holds classes for them in the library.


He likes people but won’t initiate the conversation. He came to Sun Haven to find a home for him and his sisters and has adapted well but hides his anxiety over providing for his family.

Nathaniel is Sun Haven’s captain of the town guard, striving to keep order and help where he can.


Despite his tough exterior, he can be a bit of an air-head, and thus an easy target for pranks by local kids.


He tends to ignore his emotions to do his duty. 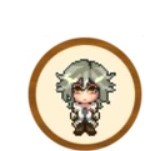 Dr. Wornhardt is the town’s only doctor. He is dutiful and dedicated to his profession and he runs the hospital where the protagonist revives should they faint due to being out past midnight or fall to 0 health.


He’s by-the-book and disciplined as a doctor. Haunted by past mistakes, he’s here for a fresh start having recently moved from the Southern Islands.

The savvy owner of Sun Haven’s Traveling Exotics Shop, Anne is focused on her success. This habitual over-worker lives her life on a cycle of buying and selling. While not the most humanitarian person, she is reliable… for a price!


At the beginning of the game Anne visits your new home and sells you a beginner’s tool set for 200 coins.


She also makes a number of potions and prescriptions for the town, almost acting as the town’s pharmacist, to the point that Wornhardt trusts her enough to fill medicine orders.


Catherine is outspoken about her beliefs. She thinks herself the rock that keeps society grounded even if her ideas don’t match up with others. As a Sun Haven native, she’s warm, inviting, and cares deeply about the community.

Kitty is an energetic and playful Amari (Cat) villager who owns the two animal shops… while also being able to be easily distracted.


However, she is not oblivious to how many of the townsfolk see her, and she has a few insecurities due to how she comes off to other residents. Regardless, she makes sure to not let those feelings slow her down during her daily routine.

Lucia is the figurehead and guiding light of Sun Haven. She protects the town as the archmage and de facto leader but is amiable and well known to the residents. This born leader loves putting on events and keeping the spirit of Sun Haven alive.


She grew up in Sun Haven and was raised by her grandparents. She eventually became the leader of the town, and although she admits to making “many mistakes” at the beginning, she soon became respected by the local residents.


She sees controlling her magic as a sign of being able to show both discipline and competence as a leader, especially after the time she had spent training with her grandfather (the memories of which she views as some of her most precious).

Lynn is the first villager you meet, as she talks with you on the train explaining that she is also a new resident of Sun Haven. When you see her later, you discover that she is an apprentice blacksmith exploring the depth of her talent. She is still learning to trust herself and her smithing skills.

Vaan is an Elven air mage living by his own moral code.


He indulges his free-spirit by spending time in the wind above the trees, trusting emotion to guide him. Elusive and whimsical, he feels he doesn’t really belong to any society.

Iris is an Elven enchanter. Nature is central to her work, experimenting and discovering things about how nature and magic interact.


Proudly independent, she values weighing options and making a choice of her own.

The Demon Prince of Withergate, Darius is energetic and cocky. He openly challenges others to measure their worth.


A party guy who takes control and chooses his friends carefully, he also values respect – so long as it’s directed at him.

Donovan is a fun-loving Amari (Wolf) who loves being the center of attention.


While great at living in the moment, he’s quite bad at thinking ahead. Always with a story to tell, he’s a wildcard that values adventure over almost anything.

Xyla sits on the Demon King’s royal council and is Withergate’s Demon architect, having built the city from the ground up. The Demon King took her in after Darius found her living in a cave out in the wild.


She is blunt, honest, never holds back criticism, and loves attention. Withergate residents respect her, fear her, and desire her all at once. Her intelligence is complemented by witty, almost combative banter. With a deep fear of failure, lateral thinking is key to her strategy.

Hope you enjoy the post for Sun Haven Characters Gift Guide, If you think we should update the post or something is wrong please let us know via comment and we will fix it how fast as possible! Thank you and have a great day!