This is a guide on the wonderful world of Sonic CD mods.

Mods are there to improve the game and to get more replay ability out of a game and this guide shows the best mods for Sonic CD out there.

I will try to update this guide regularly when new mods for the game come out.

Sonic CD mods are there to improve the game and to get more out of the game.

This is my top 3 of Sonic CD mods.

Metal Sonic is basically Tails, he runs slow and when you spindash, he can be harmed by Badniks.

Amy can double jump and turns into a ball.

When destroying the generators, instead of having made a “good future”, it’s now a “bad future”.

A completely different experience when downloading and playing this mod.

This is why Episode Metal deserves the number 1 spot on the list! 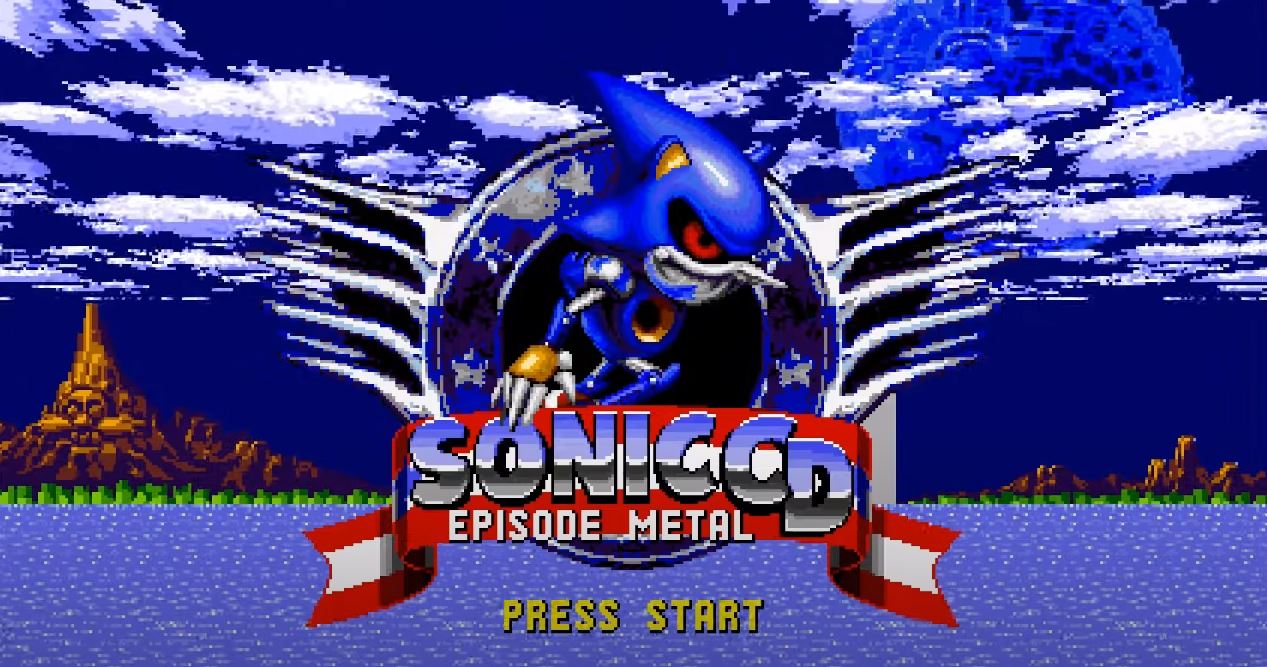 Next up is Sonic CD Plus.

This mod is like the Encore mode from Sonic Mania.

The music is changed, some of the sprites for Sonic are changed like the super peel out.

But most importantly, Palmtree Panic, Collision Chaos and Stardust Speedway (more will follow later) have a different color palette.

The title screen for Sonic CD Plus also has a beta build logo to make it more special. 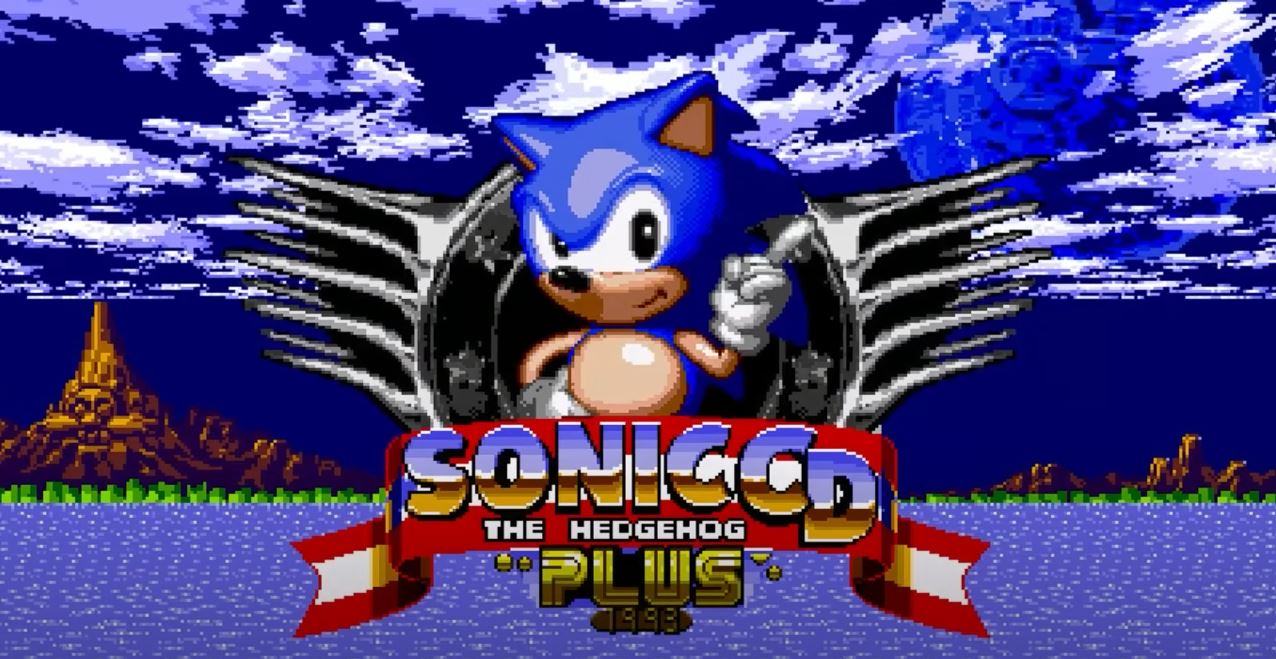 The last spot on this list and one of the newer Sonic CD mods is Sonic CD Static Charge.

It is a mod that changes the music and color palette but most importantly, it changes the level layouts creating new levels all from scratch to make it more like the Genesis/Megadrive games.

There is a demo available right now on Gamebanana, I didn’t get it to work but hopefully you can.

Enjoy it because it just looks absolutely stunning! Sadly, there is no different title screen yet.

That was it for my top 3 mods, don’t worry as there are a ton more cool mods!

It is a mod based on the designs of Greg Martin, you know, the American box art for Sonic games.

Sonic and Tails’ sprites are redone, giving a retro look.

The music is unchanged but overall, this is a great mod that adds a lot of replay value.

Can I tell you a little secret?

I LOVE THIS MOD, it’s too good.

I hope that you’ll enjoy this too! 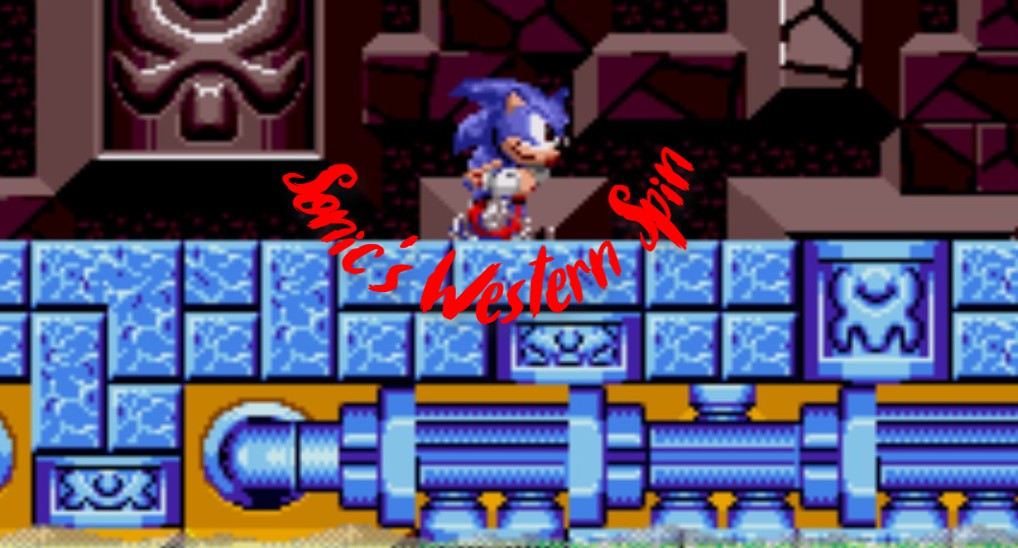 What’s that you say?

You like Junio Sonic and would do anything in your path to be able to play as Junio Sonic in Sonic CD?

This mod is called TOEI CD and it’s just the cherry on top.

As you would’ve guessed, this mod replaces Sonic with Junio Sonic from the CD cutscenes from the game as well as the ova from 96′.

Look at that smooth as butter sprite, just look at it.

Junio Sonic will always have a special place in my heart. 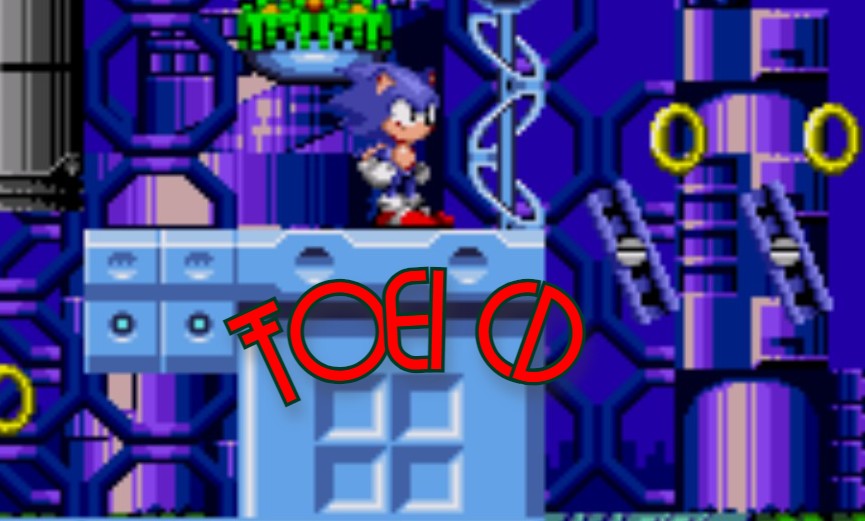 Do you like Shadow just as the next guy?

Well, I’d be happy to introduce you to the Shadow in Sonic CD mod!

Yes, you saw that right.

Shadow is playable in Sonic CD.

He walks and runs just like the 3D games.

His running animation is just perfect, this just brings a whole new experience to the game even tough it’s just a simple sprite swap.

Credits for the picture: Gussonic (modder and creator of the mod). 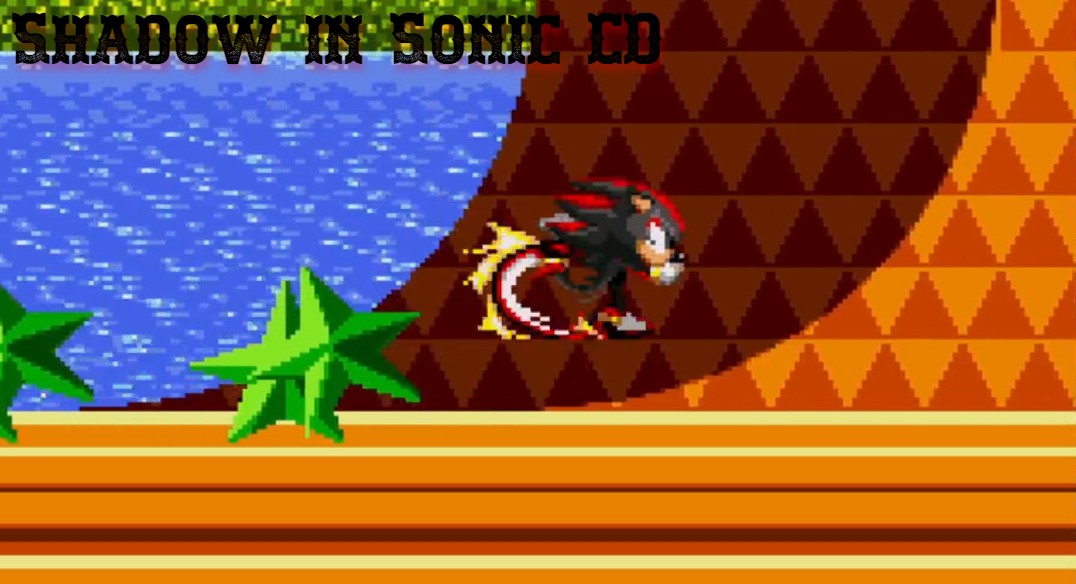 I could go on and on about simple sprite swaps for the game, I’ll just list some mods that I’ve had a ton of fun with.

–Cream in Sonic CD (a sprite swap for Tails)

-Sonic from Sonic 3 in Sonic CD

Next up is the drop dash in Sonic CD.

This is pretty handy for people who are struggling to get speed.

It is insane that modder campbellsonic on Gamebanana managed to code this in.

I unfortunately don’t have any pictures to show for this one (but here’s a Sonic Mania picture). 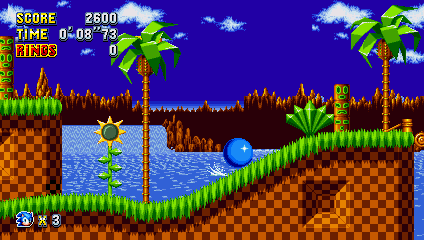 Shields+ is a mod that adds new mechanics to the game.

Remember the different shields from the Sonic franchise?

Those are now added in as well!

There will be a box every now and then that has the four shields cycling trough for you to choose.

Credits for the picture: Leonx254 (modder and creator of the mod). 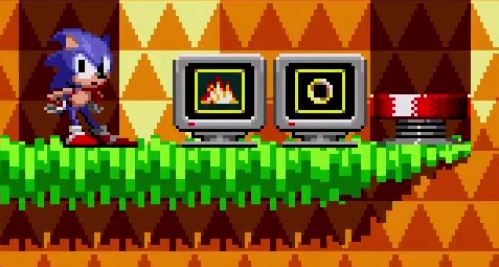 Sonic CD Restored Addon: …And Knuckles is one of the most high regarded mods for Sonic CD.

It adds tons of custom features such as the option to create a custom soundtrack, the ability to change the way you jump off of a spring, adding in Knuckles and so much more!

This mod is a must have for people who simply adore Sonic CD.

Credits for the picture: modders and creators Peter4432 and CheatFreak and the whole team. 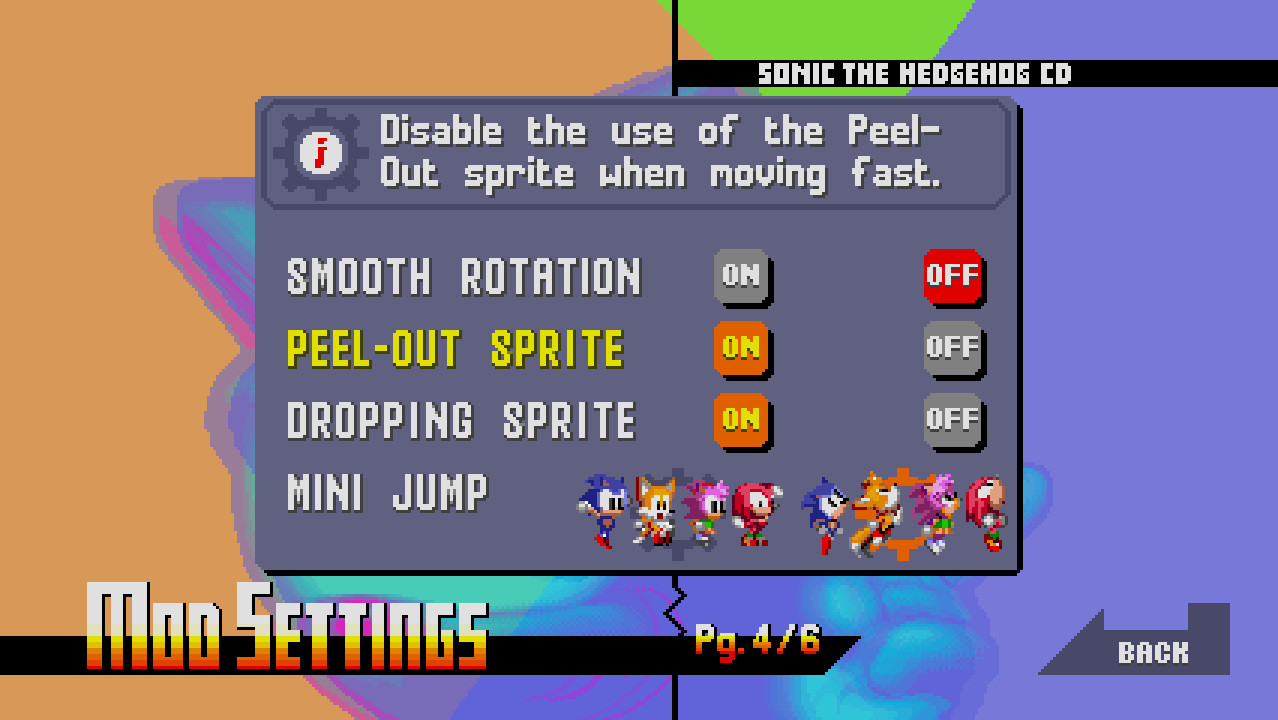 Sonic CD was supposed to have a zone called Desert Dazzle.

It was a desert based zone, we had an iteration of it in Sonic Mania but what if you wanted the original?

Well, lucky for you, the original zone is available in Sonic CD!

Modder Toru the Red Fox put this level in the game and it’s absolutely amazing.

And voila, enjoy Desert Dazzle, one of the cut stages for the Sonic CD 2011 remaster.

Credits for the picture: modder and creator of the mod Toru the Red Fox.

Another modder that goes by the name of Metal Shadow Productions ported the original first level of Green Hill act 1 to the game.

This mod is mind blowing in my opinion and I cannot recommend it enough that you go and download this masterpiece.

Credits for the picture: modder and creator of the mod Metal Shadow Productions. 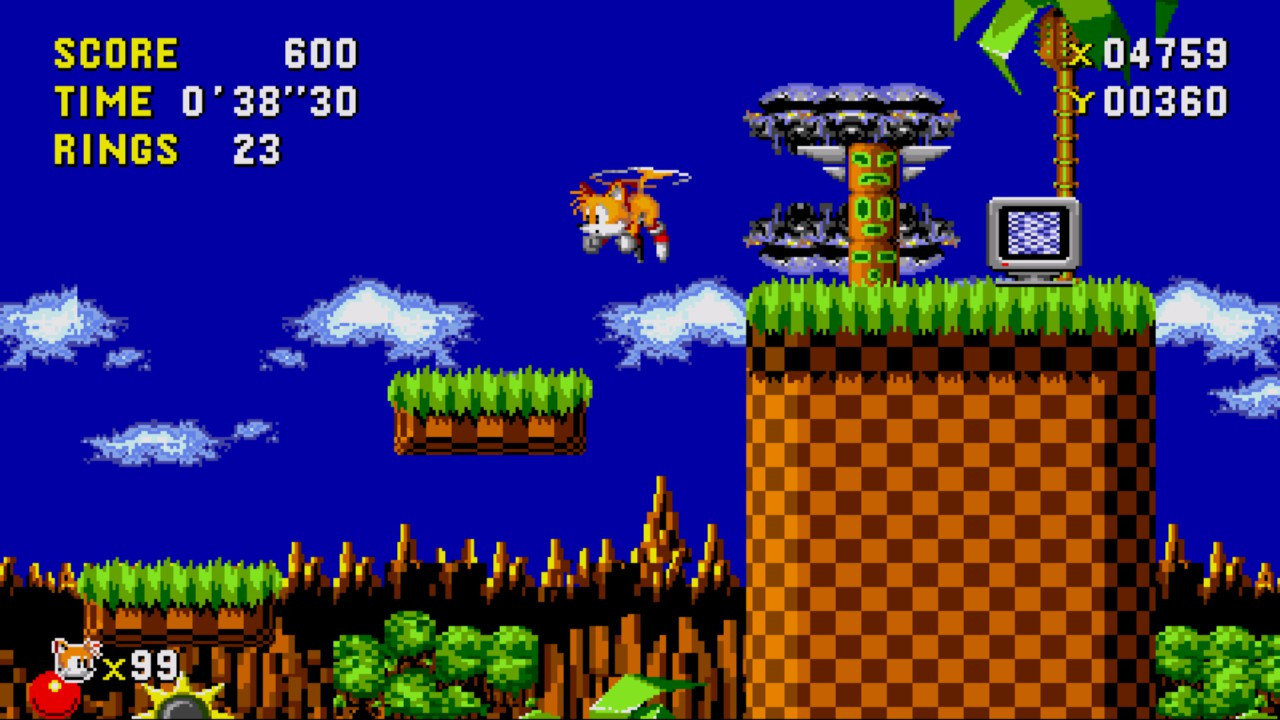 Thank you for reading trough this list, I had a ton of fun making it and hope you found it useful.

Every mod can be found on Gamebanana.

Credits for the pictures goes out to all of the amazing creators that are passionate about their projects.

Here we come to an end for Sonic CD Best mods to play and gameplay tips hope you enjoy it. If you think we forget something to include or we should make an update to the post let us know via comment, and we will fix it asap! Thanks and have a great day!