What is the Azoth Staff? 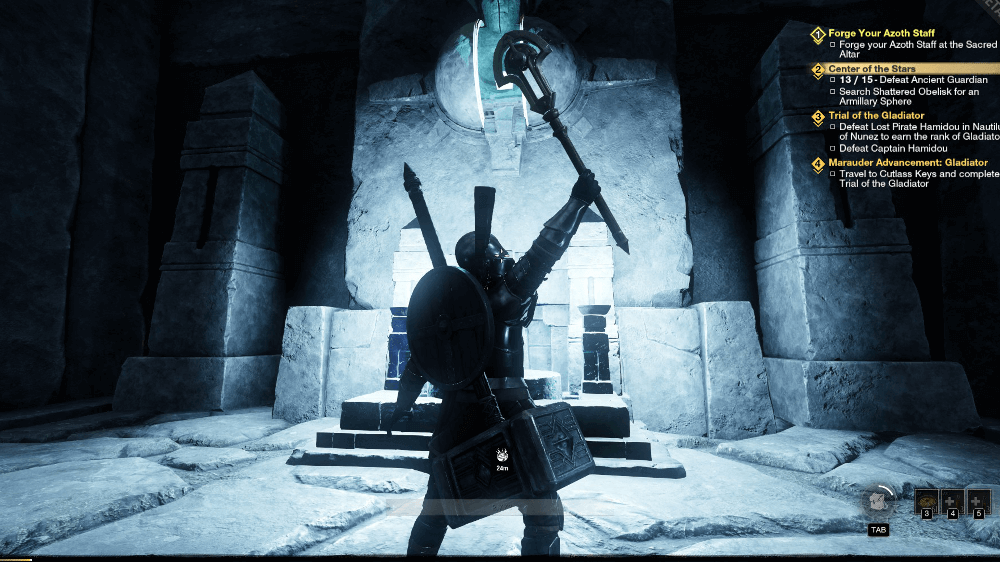 The Azoth Staff is a key item necessary for closing Corruption Breaches in New World. Players will need this tool before they can fully experience Aeternum’s various PvE events. 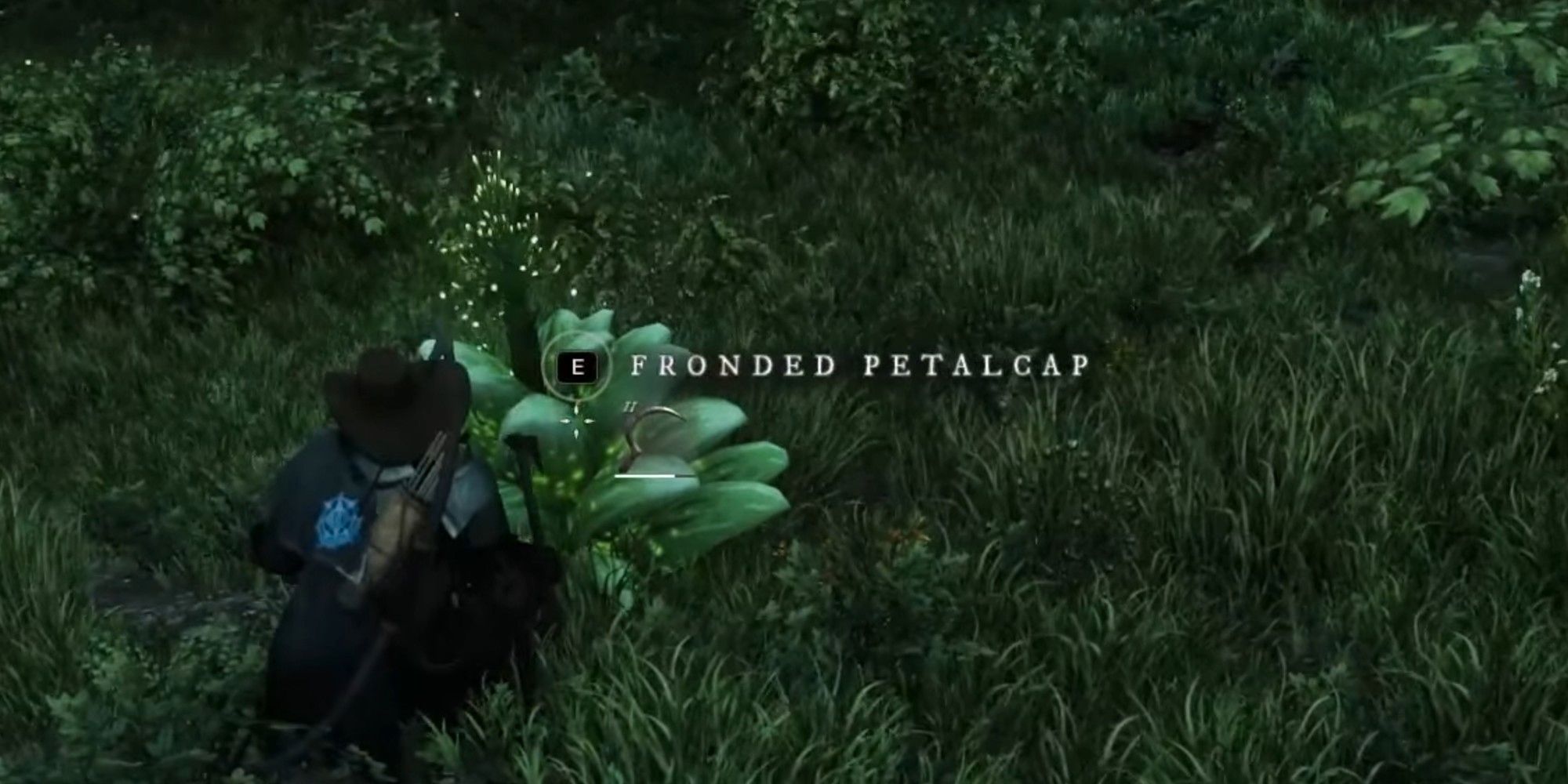 Before we cover the quests tied to obtaining the Azoth Staff, you’ll need to have a few materials prepared. If you don’t, you’ll hit a roadblock while attempting to earn this weapon, making this quest chain feel much worse. You’ll need the following:

You’ll need a Mining skill of 20 and a Harvesting skill of 30 to obtain these resources in the wild. If you don’t meet these requirements, consider purchasing these materials from a Trading Post.

The final quest in this quest chain also recommends that you’re level 23, although anyone around level 19-20 will do just fine.

How to Get Azoth Staff

The Azoth Staff is a reward for completing the “Forge Your Azoth Staff” quest, a quest tied to the main story. Obtaining each part of the staff happens much earlier in the main story, hence the prerequisites we mentioned above. There are eight main story missions tied to obtaining the Azoth Staff:

As daunting as eight quests might look, half of them are about talking to NPCs at certain parts of the map. Notable quests tied to the Azoth Staff are The First Component, Adiana’s Fountain, Weakness of the Ego, and Argent and Ather. 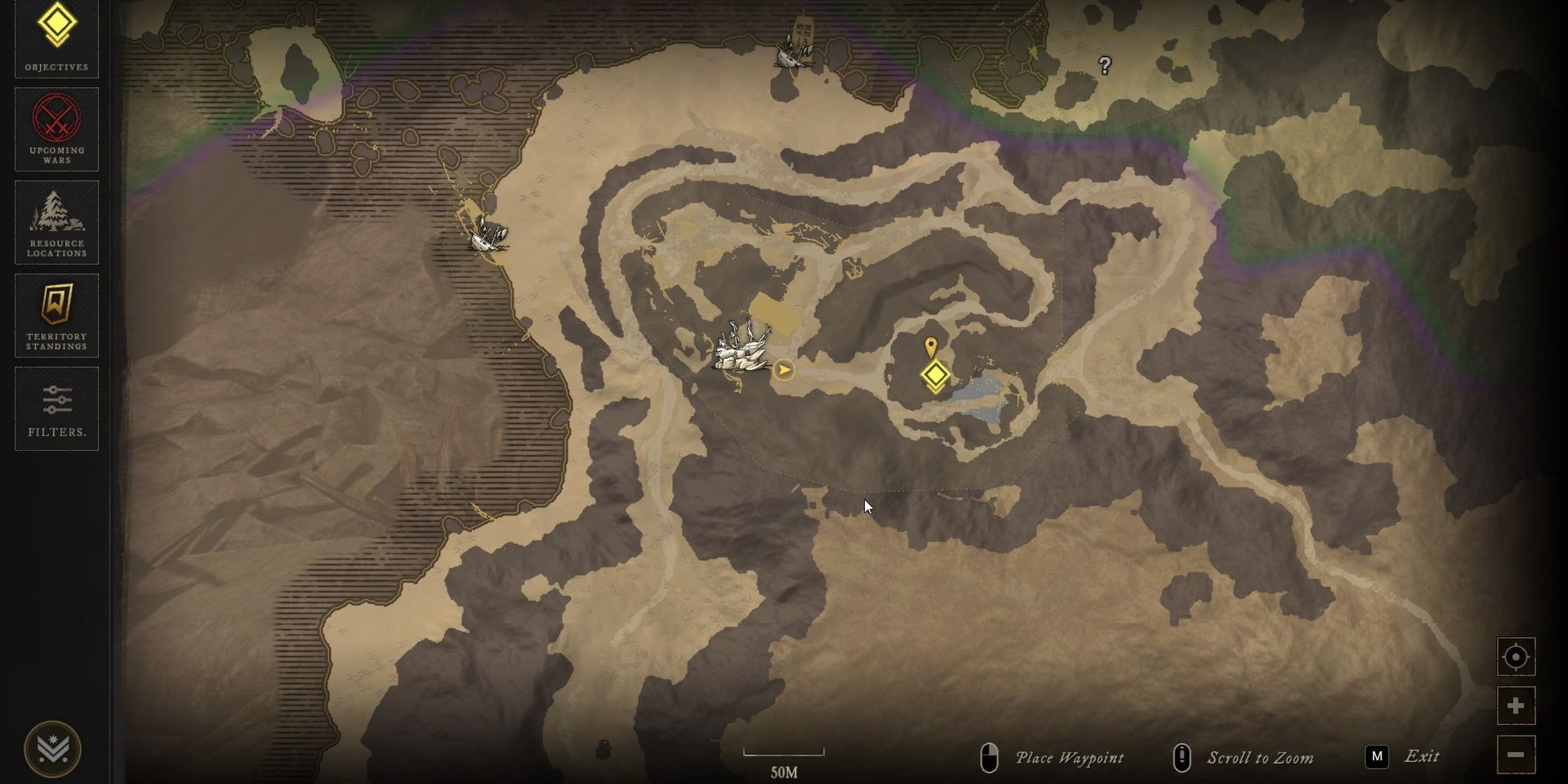 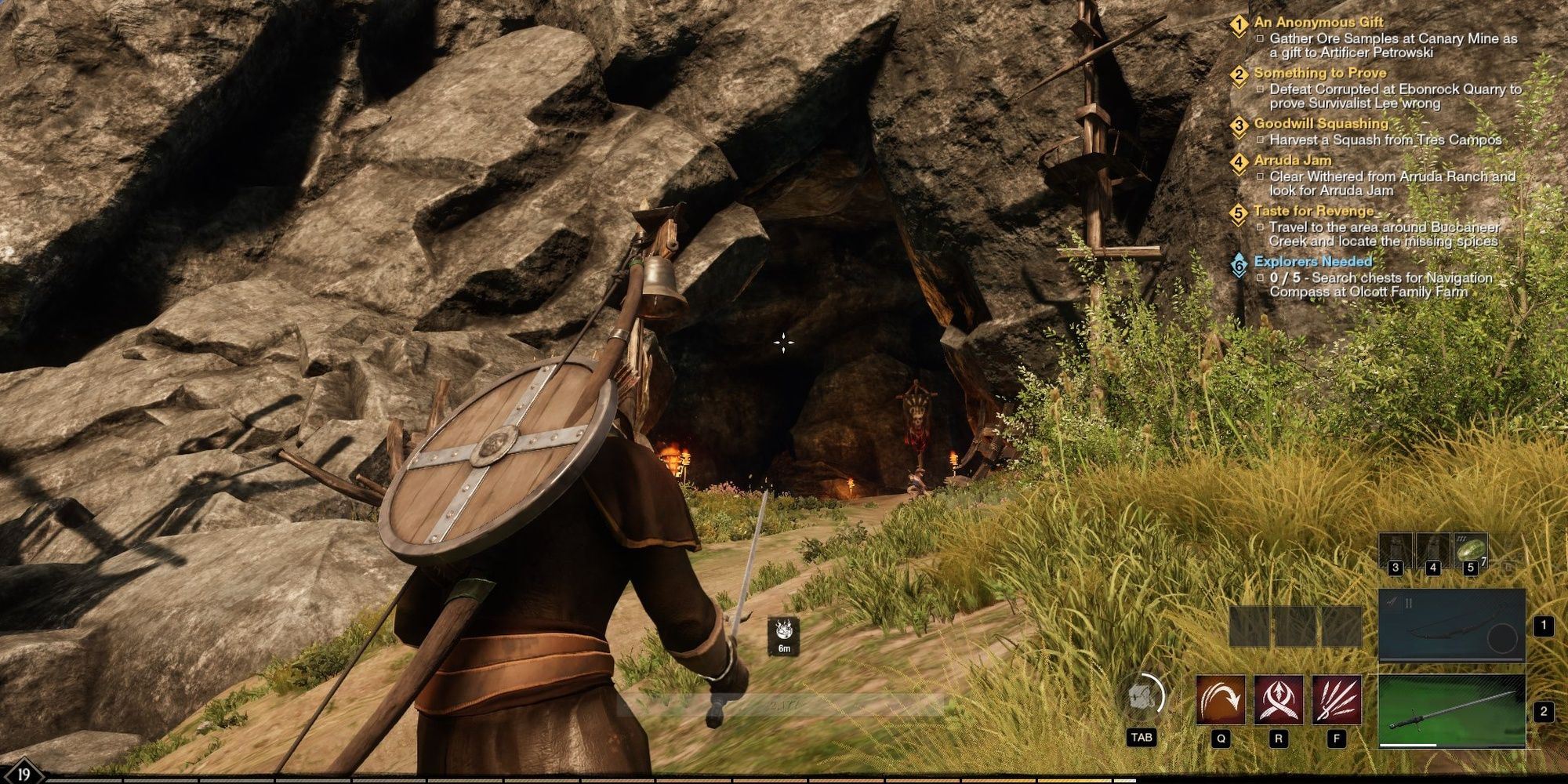 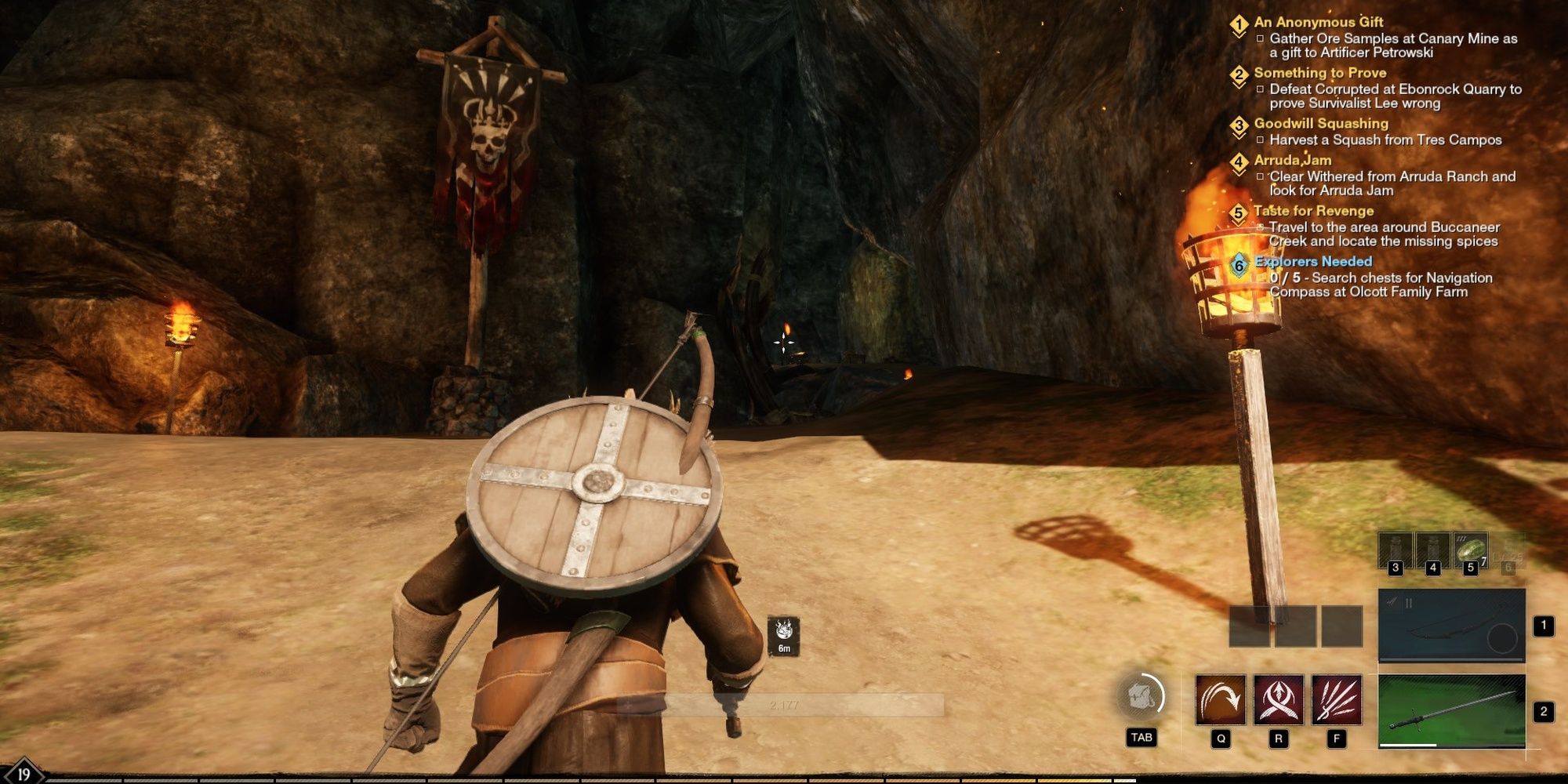 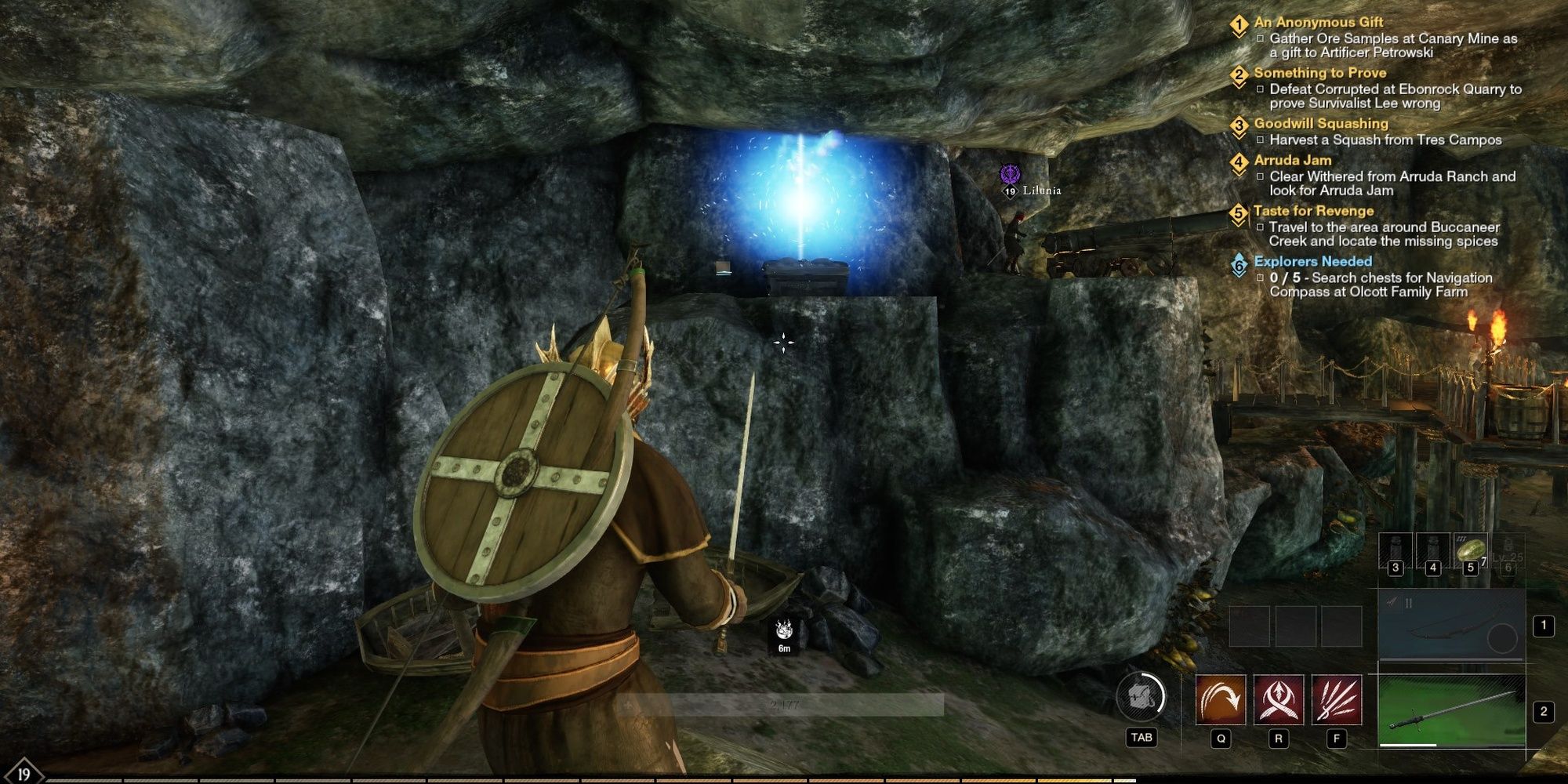 By talking to Yonas Alazar, the fisherman in Windsward, he’ll reveal that there’s a part of the Azoth Staff you can find at Traitor’s Hold, a pirate bay located at the northern corner of Monarch’s Bluffs. Enter the cave, then climb up one of the rock walls to find a chest containing the staff piece. Return to the fisherman to finish the quest. He’ll guide you to a woman in Everfall that can help you charge the staff with Azoth. 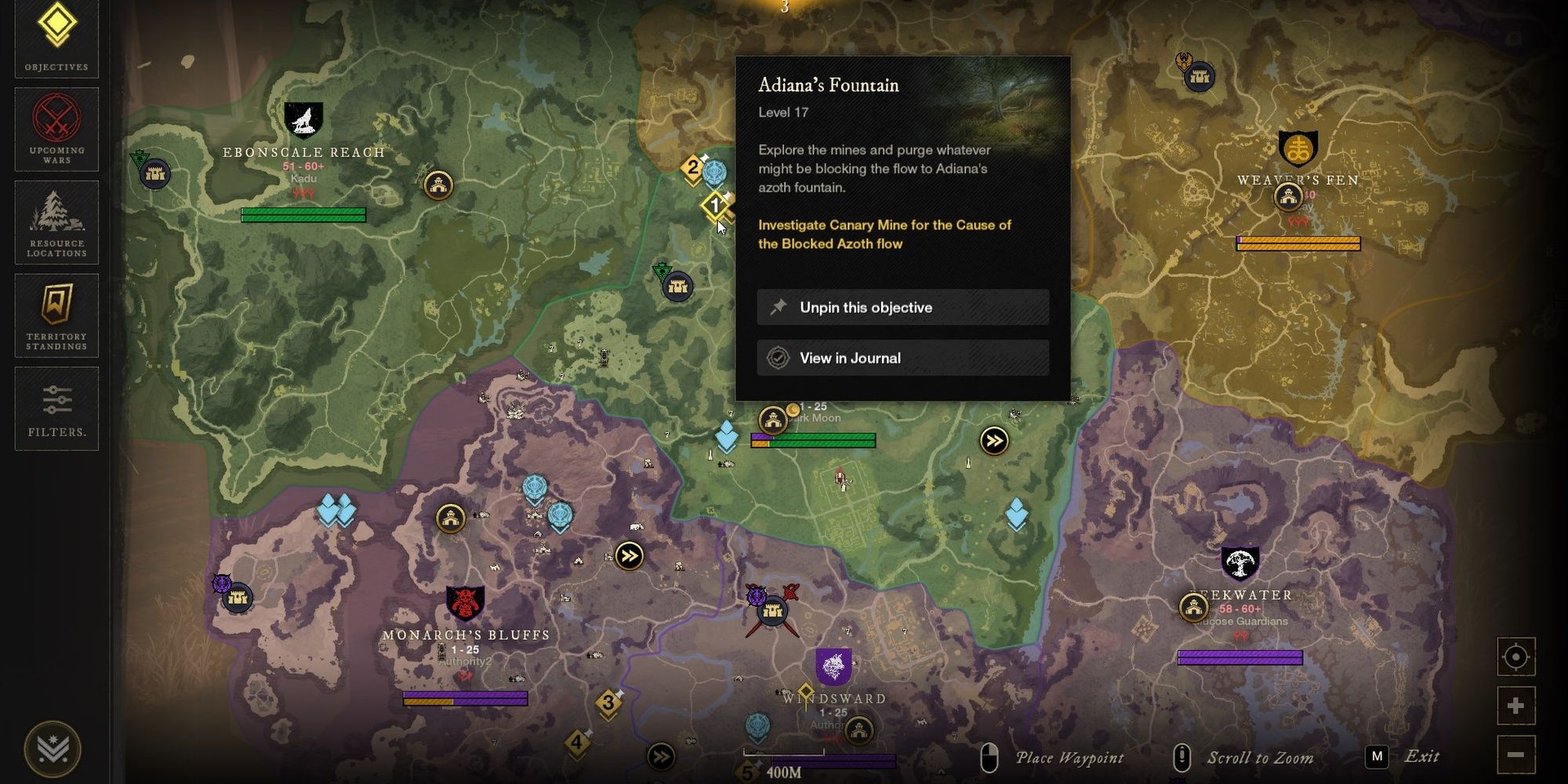 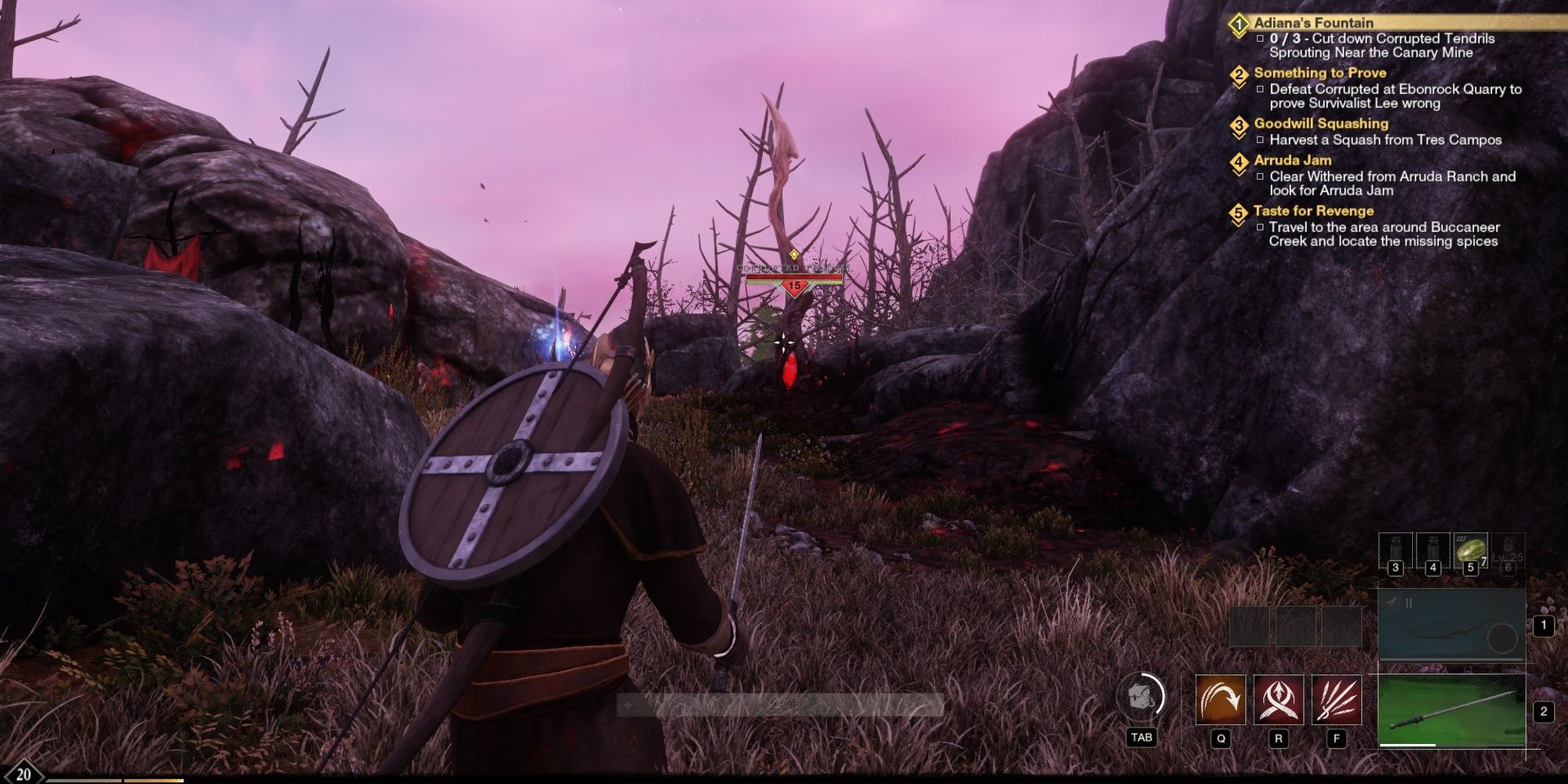 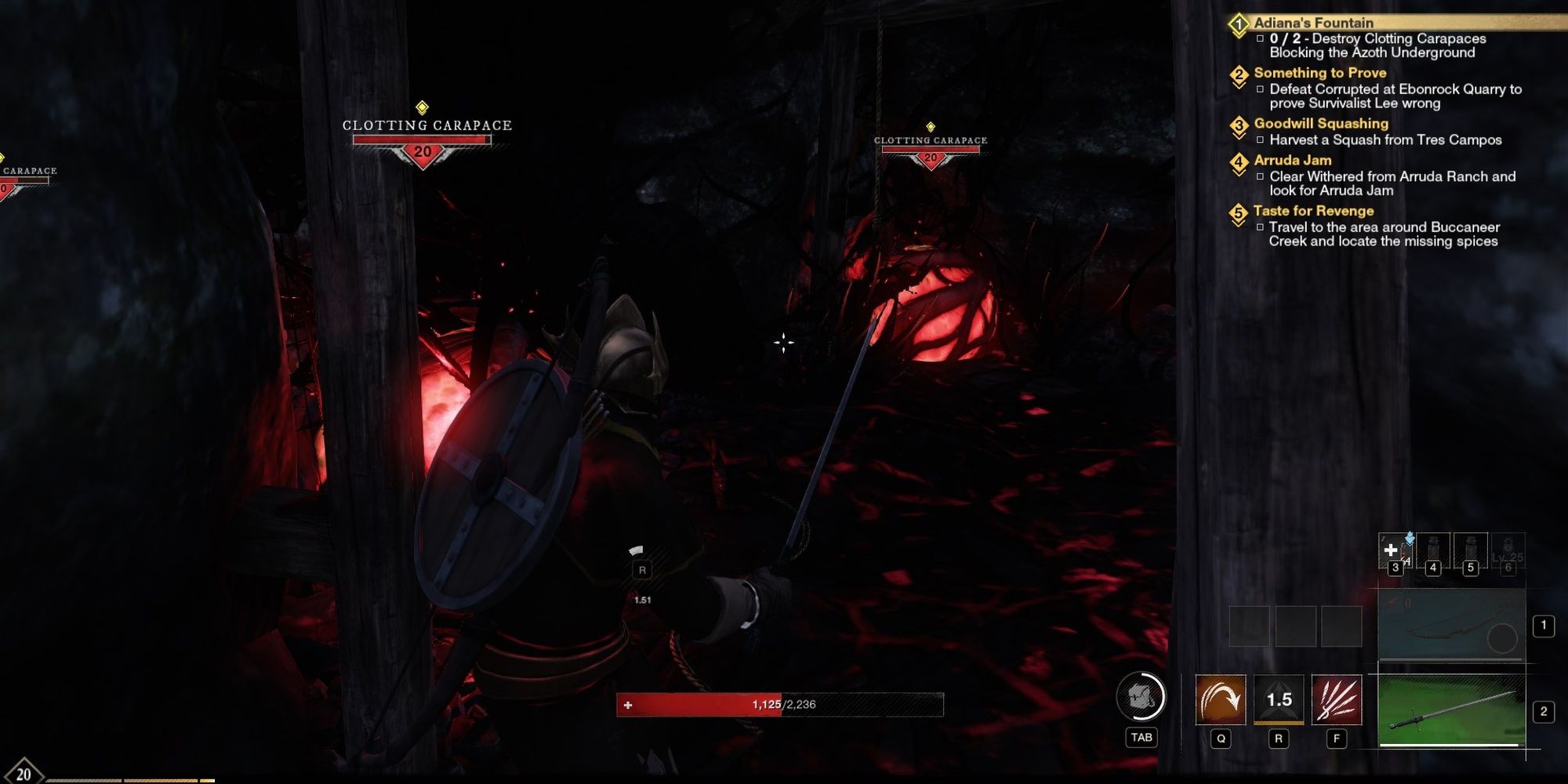 It seems that Adiana’s Azoth Fountain is being blocked by a source of Corruption. She’ll ask you to head to the Canary Mine just west of her location to clear it out. You’ll need to destroy three Corrupted Tendrils and two Clotting Carapaces. The Tendrils are extremely dangerous if you’re underleveled, so consider using a ranged weapon to take them out. Clotting Carapaces are black and red orbs you can find in the middle of the mine. They don’t retaliate when hit, although they’ll explode when destroyed. Be careful. Return to Adriana when you’re done.

Weakness Of The Ego 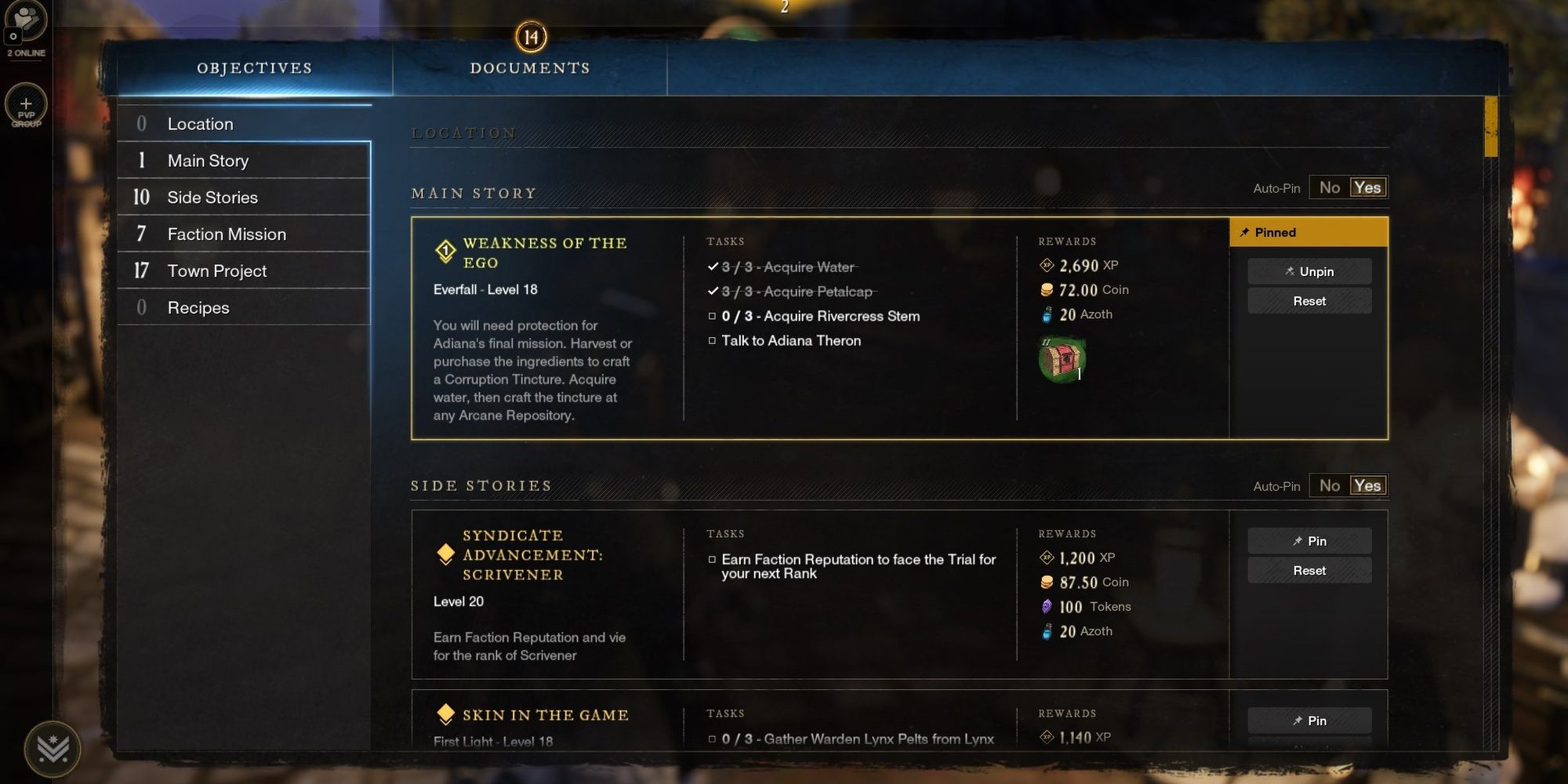 Remember the material prerequisites we mentioned at the start of the guide? You’re going to need them for this quest and the next one. Adriana will ask that you create three Corruption Tinctures. These potions can be crafted at any Arcane Repository in a settlement. You’ll need three Water, Petalcaps, and Rivercress Stems to make it. 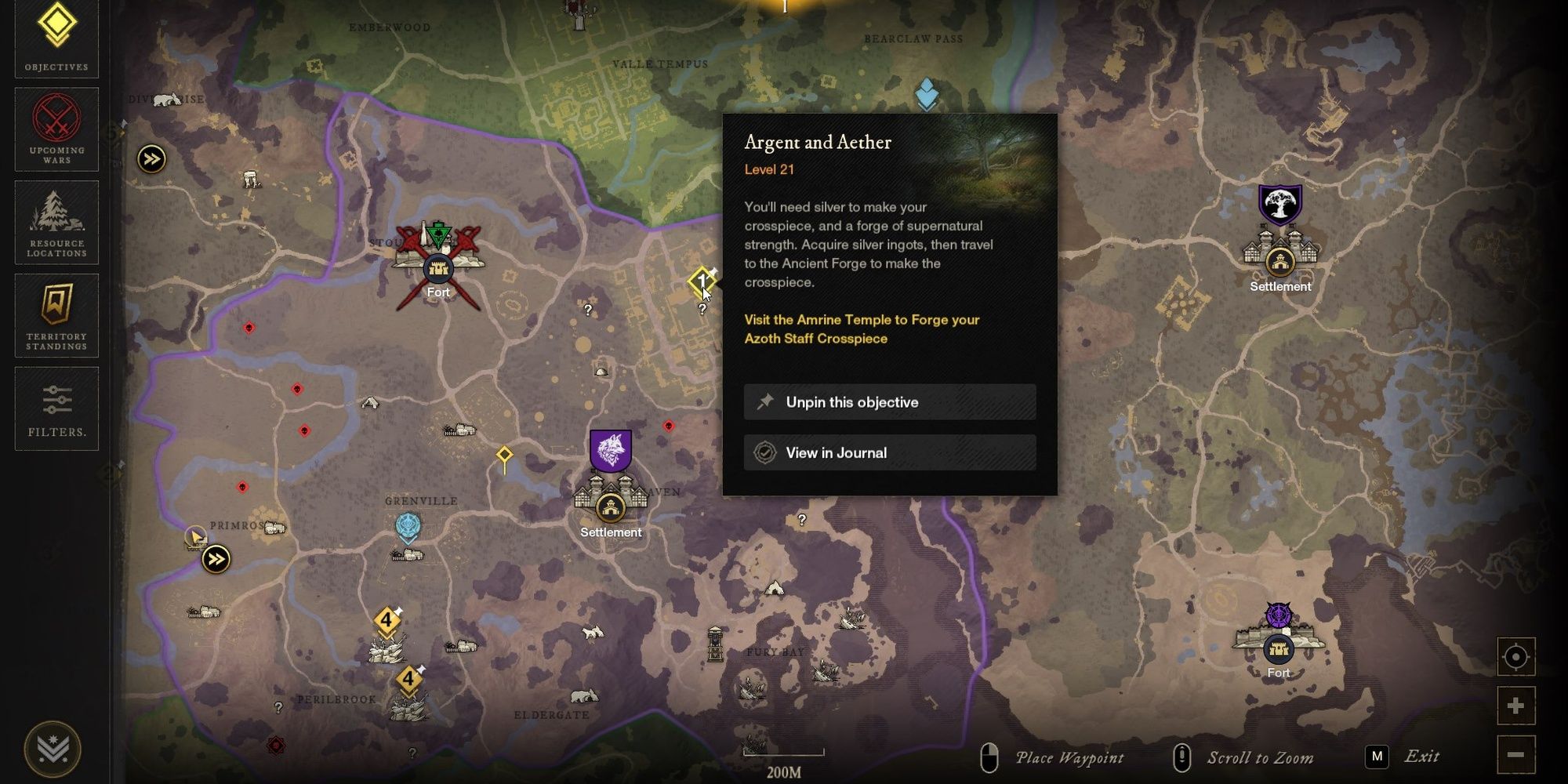 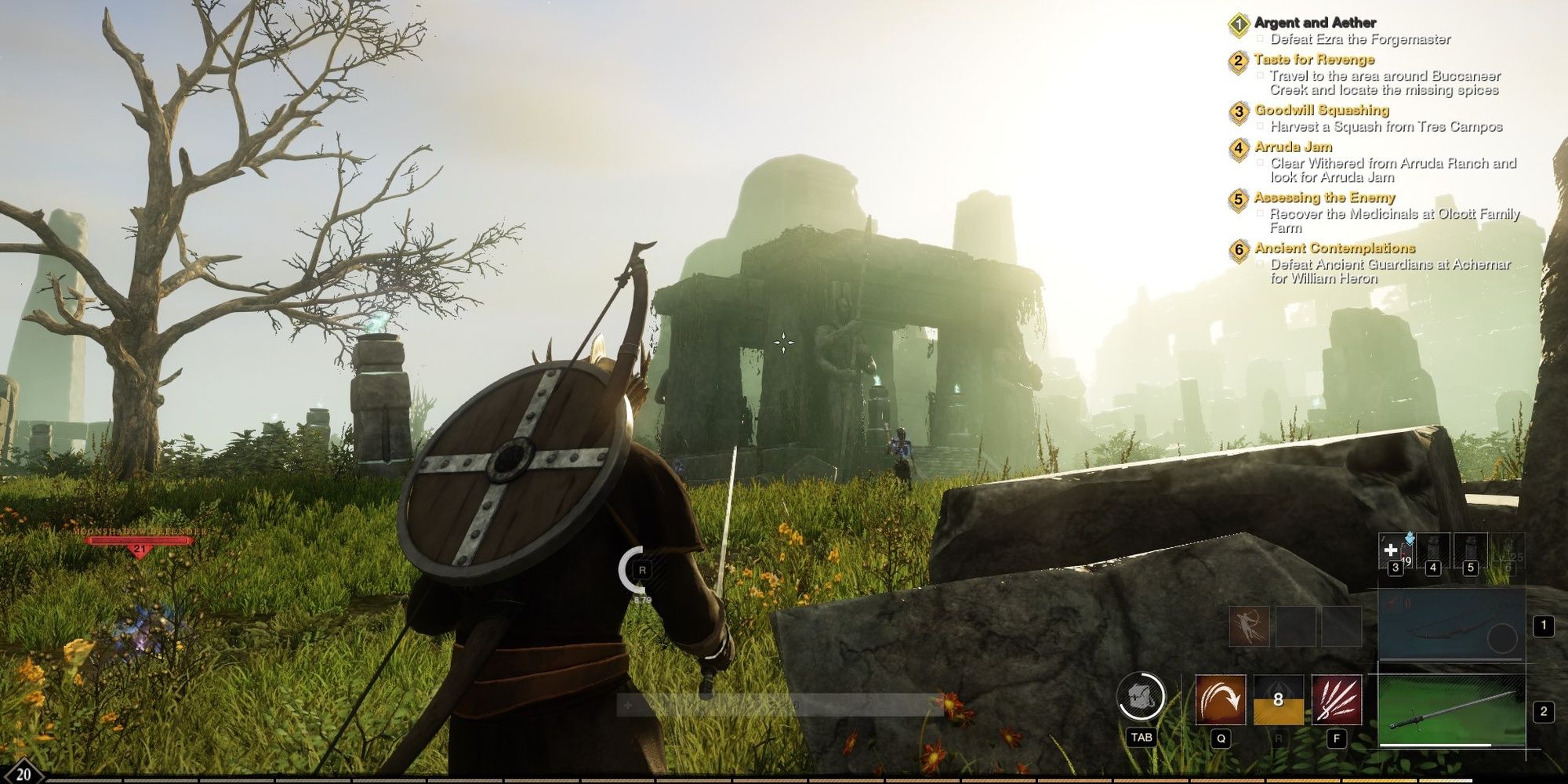 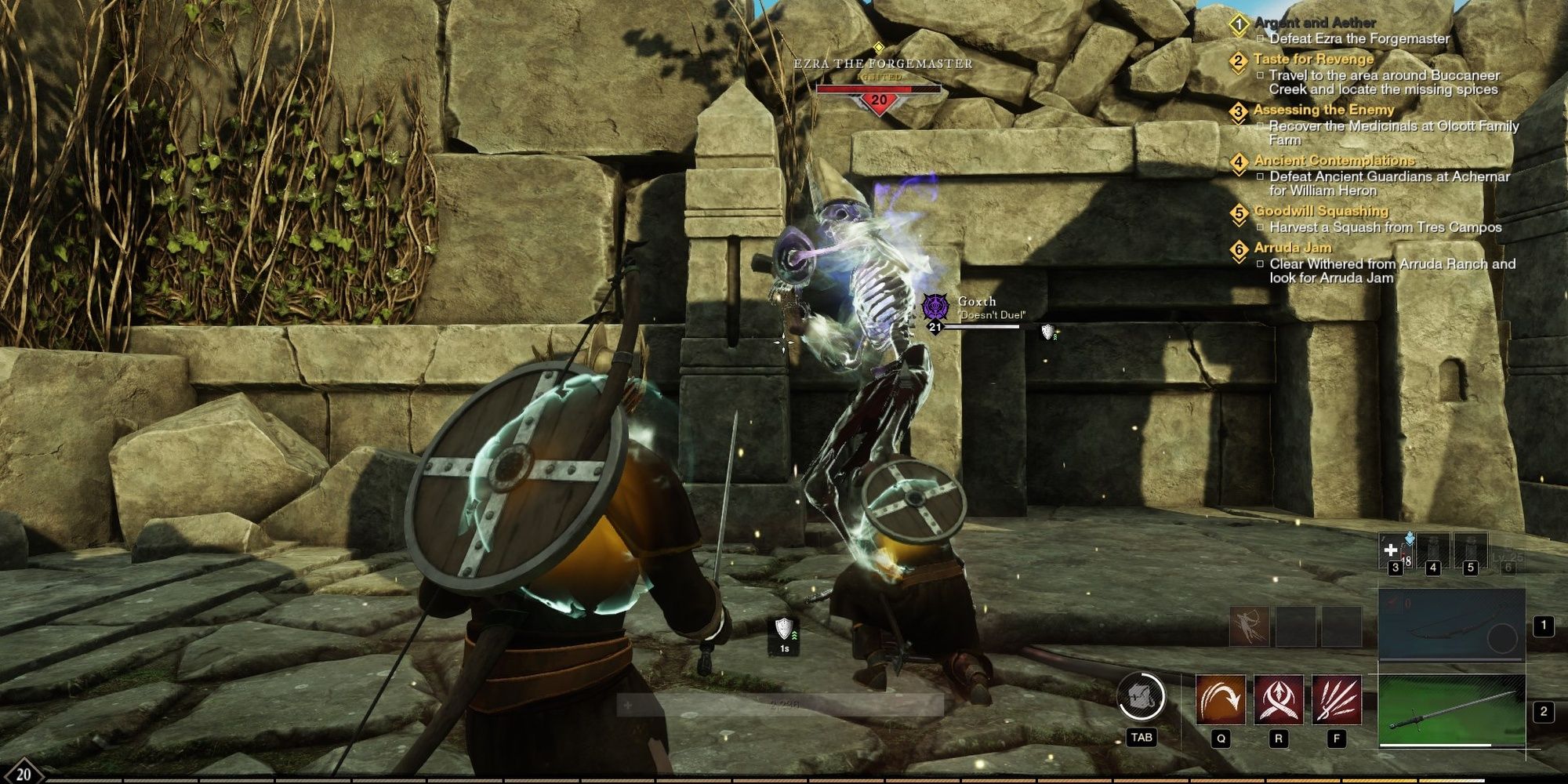 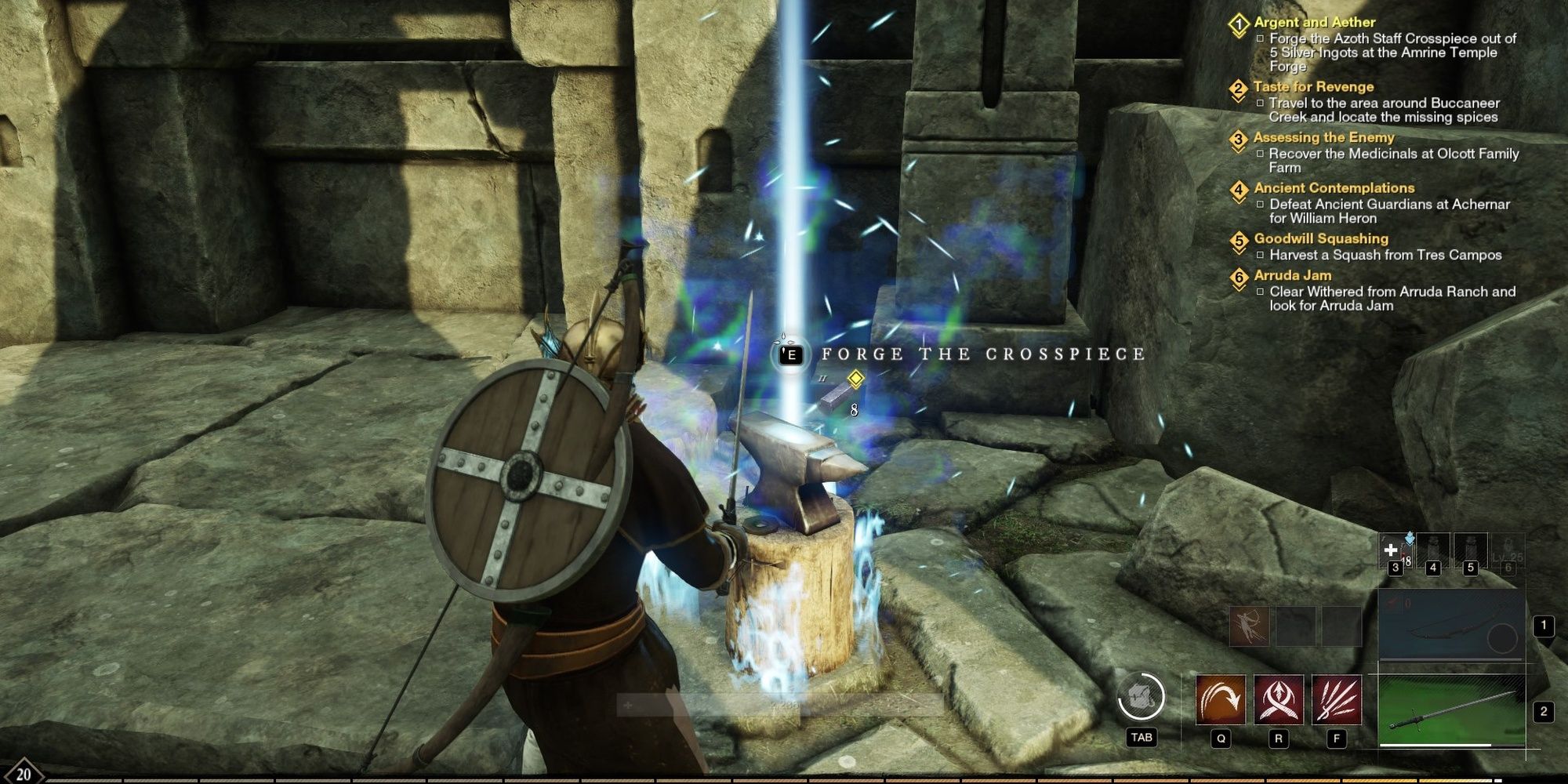 You’ll need five Silver Ingots to finish this quest. If your mining skill isn’t 20+ yet, you can purchase Silver from any settlement’s Trading Post. Head to the Amrine Temple at the northeast corner of Windsward. The forge will be guarded by a miniboss named Ezra, The Forgemaster. It’s a fairly tough boss if you’re under level 20, so consider grouping up with someone to make the fight easier. Once the skeleton boss is slain, interact with the nearby forge to create the staff crosspiece. 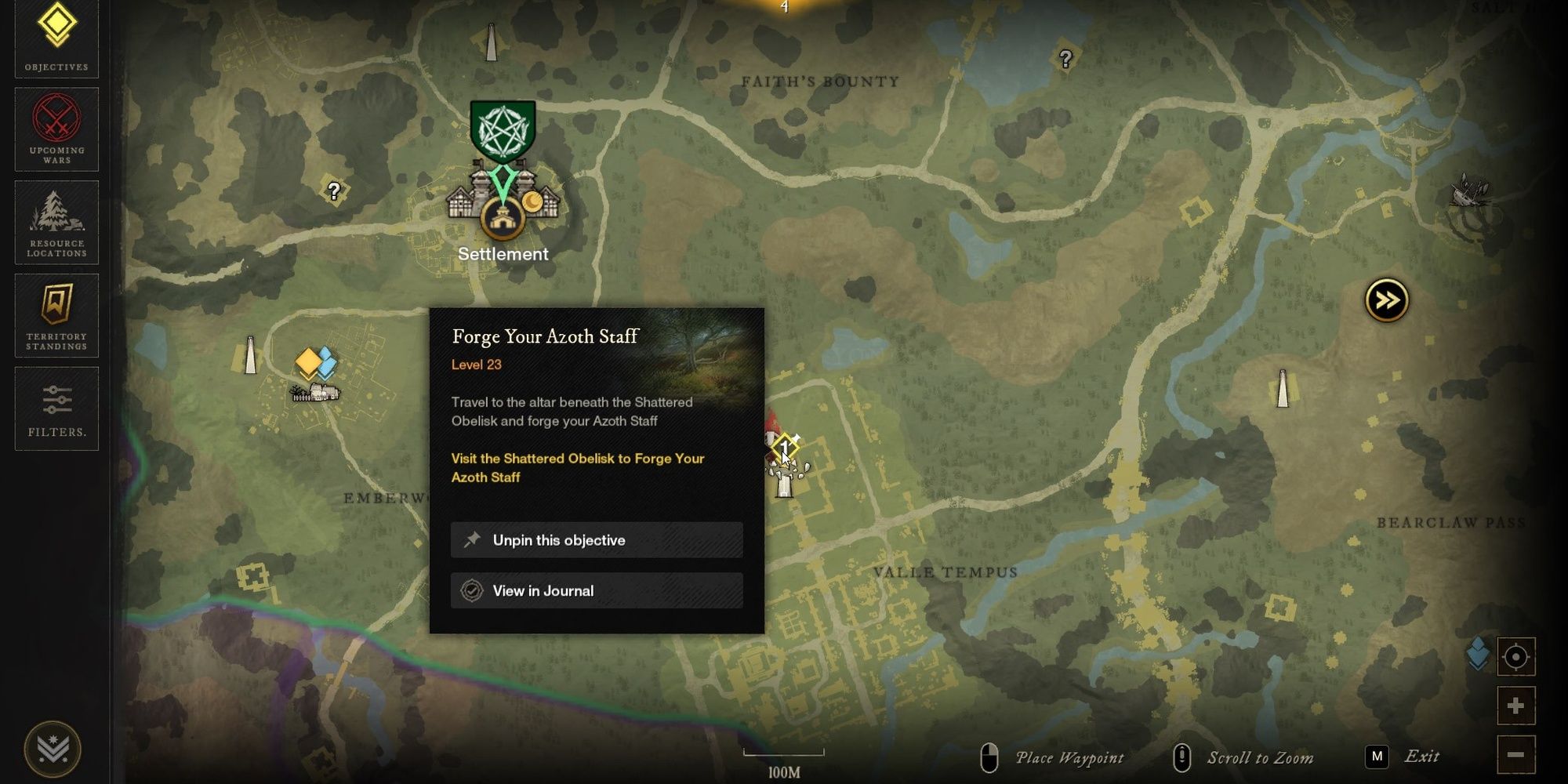 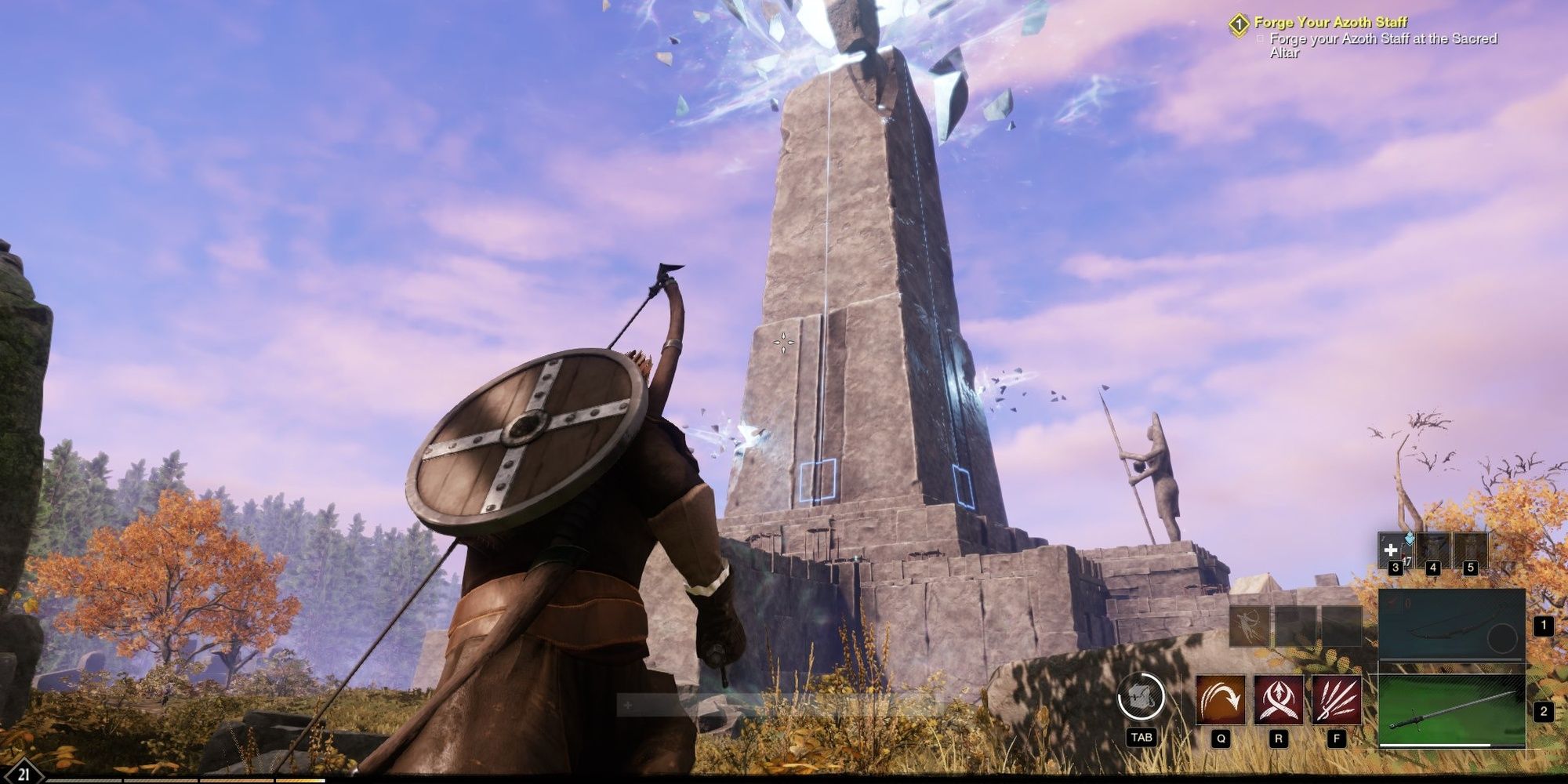 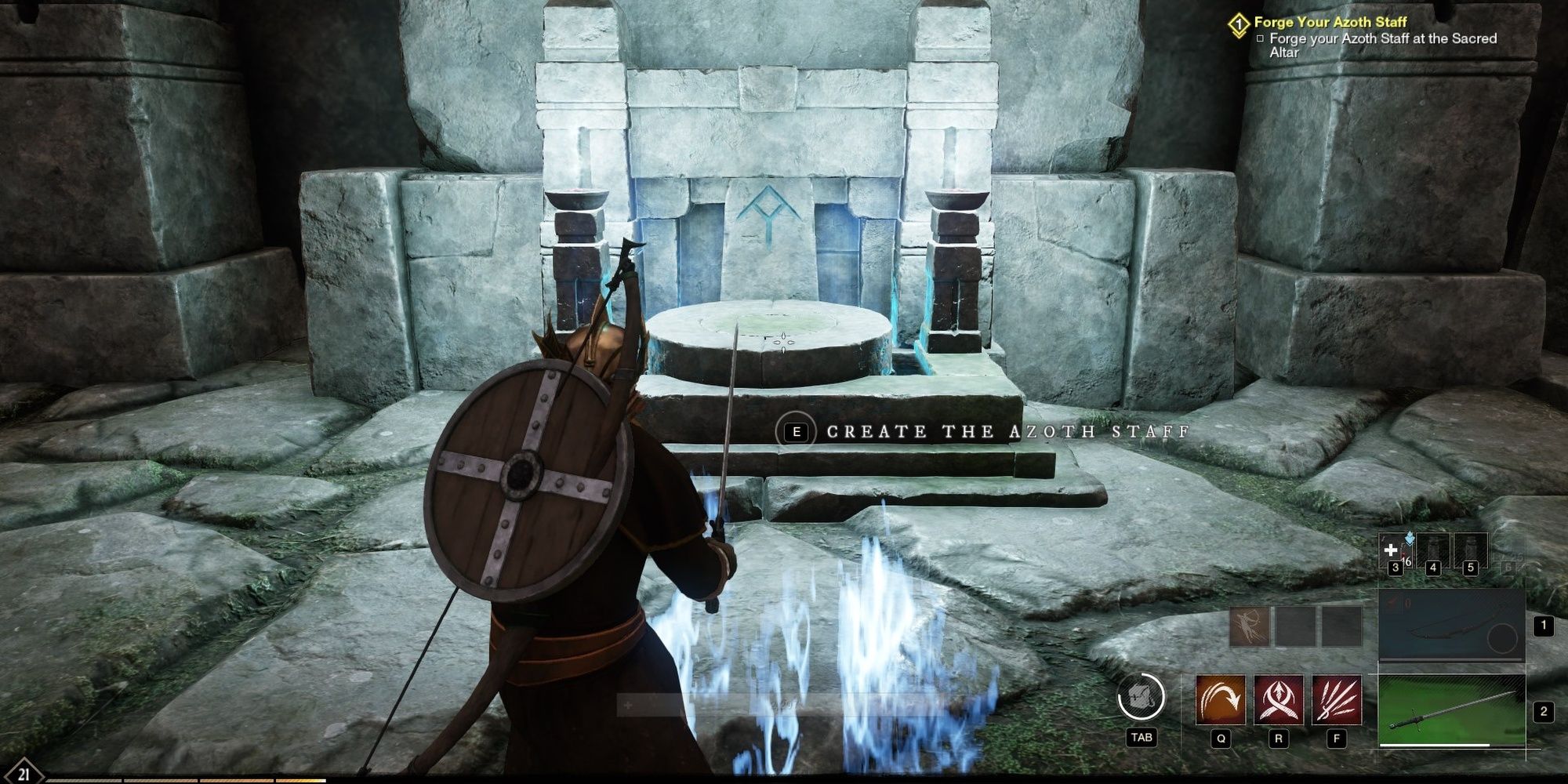 The Shattered Obelisk is located southeast of Everfall’s central settlement. Enter the obelisk from its southern entrance to forge the staff. Talk to the fisherman in Windsward to finish the quest chain. Be sure to equip the Azoth Staff so you can use it.

How To Upgrade The Azoth Staff 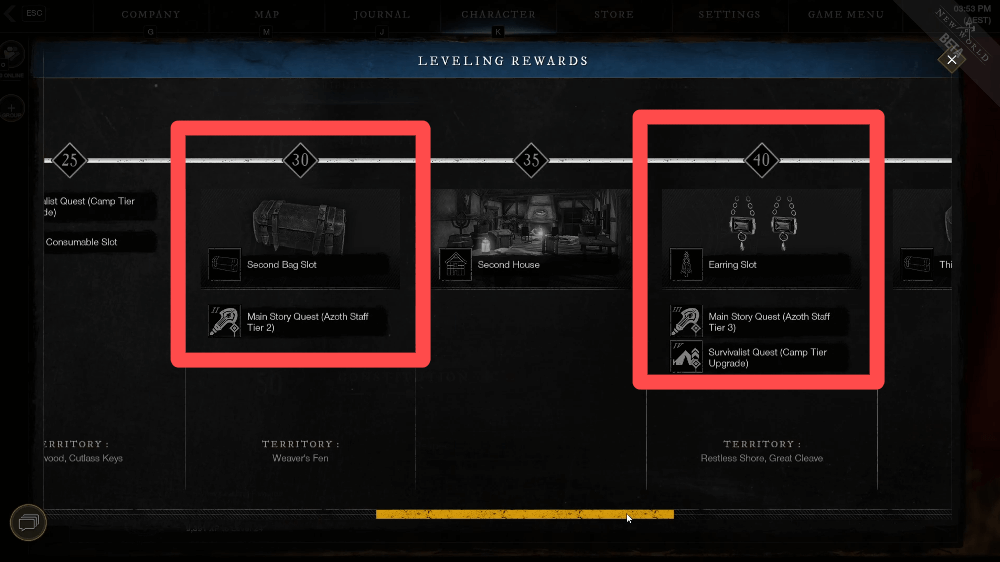 Similar to the rest of your items in New World, the Azoth Staff has various tiers that you can enhance by progressing through the game’s main story. Each tier is unlocked through the following quest:

Here we come to an end for New World Upgrading Azoth Staff Tips hope you enjoy it. If you think we forget something to include or we should make an update to the post let us know via comment, and we will fix it asap! Thanks and have a great day!