A basic overview of Milk-chan’s psyche, as well as psychotics in general 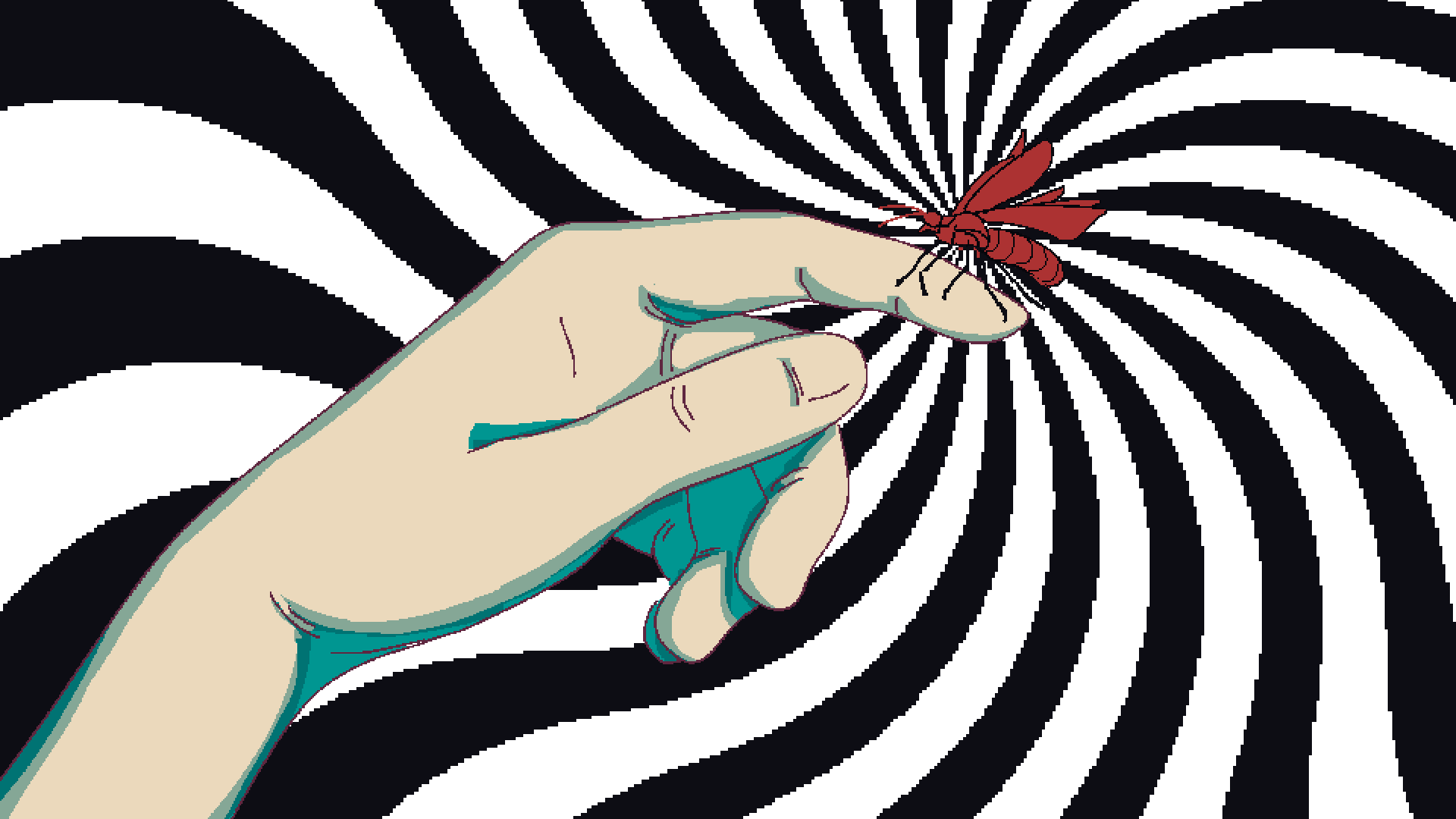 I am not a trained psychoan*lyst, psychiatrist or a contributing member of society in any way, shape or form. Everything you see here, I merely read from books.


Through this “guide”, I hope you will discover new details, make new connections, perhaps gain a new perspective. 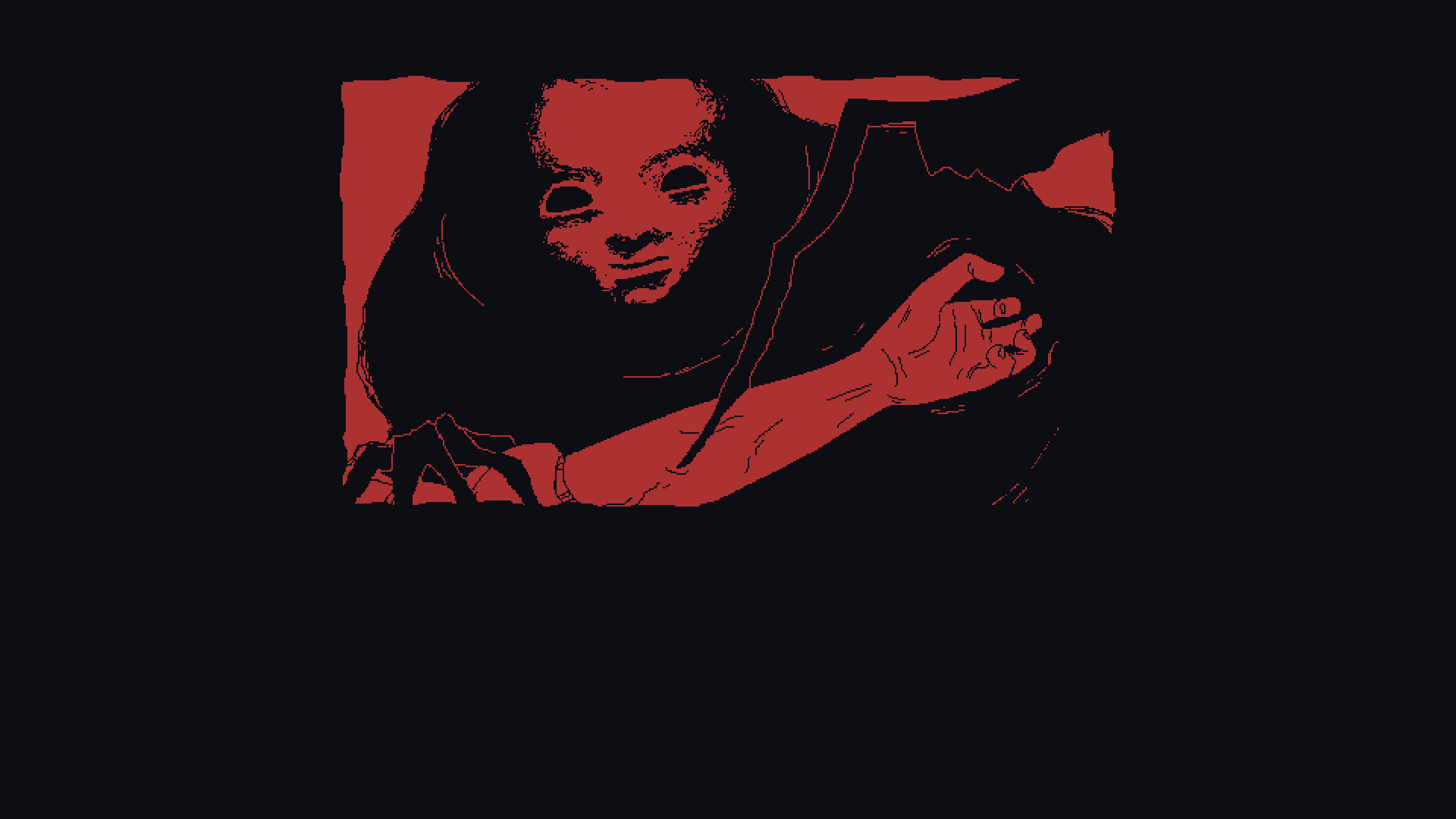 Milk-chan hallucinates and have delusions throughout the story. But where are they from?

We begin to answer this question by first examining where psychosis comes from.


From Sigmund Freud’s perspective, it all begins when the Id, the impulse within the psyche, encounters a conflict with reality. In neurosis (normal people), this is resolved through repression. In psychosis, the conflictual impulse cannot be repressed, and it is “resolved” through disavowal— reality is rejected. The subject excludes both the conflictual idea and its corresponding affect, alongside any aspect in the subject’s reality to which they are related.


Then the subject attempts to create “a new external and internal world … in accordance with the id’s wishful impulses.”


This new reality is constructed through psychotic delusions, where ideas, judgments, representations, etc. are altered to comply with the the conflictual drive impulses.


To maintain their “new reality”, the psychotic subject hallucinates, so that the perceived world comply with the alterations. 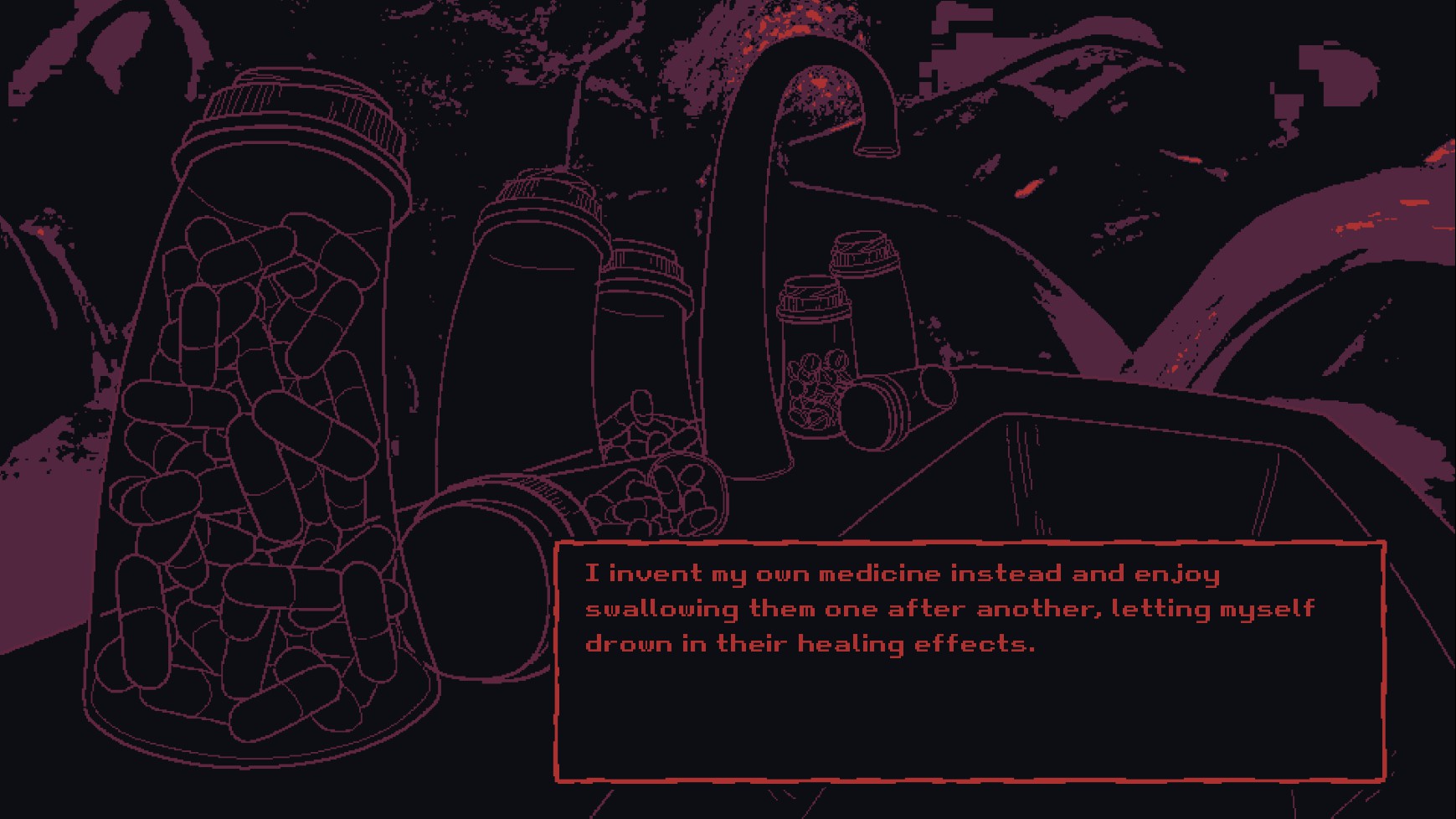 Notice how delusion and hallucination work together. Milk-chan believes in the healing effects of her newly invented pills, and then she hallucinates that her problems are cured one by one.

Freud, The Loss of Reality in Neurosis and Psychosis, 1924

But if one hallucinates to keep their delusions, their imaginary, perfect world alive, why would it be as horrible as… Mum?


Since his theory is radically different from Freud and much less intuitive, we’ll take our time to briefly glance at his theory on the origin of psychosis.


Lacan theorizes that the mechanism which leads to psychosis is “foreclosure.”


But what is it that gets foreclosed?


Initially, as a newborn, the baby is in an unitary state with its mother. The child is one with their mother as far as they know. Then, at one point, the mother establishes a distance from her child through what Lacan calls the “nom-du-père,” the “name-of-the-father.”


The name-of-the-father is the reason the mother gives for prohibiting the child’s desire to be one with the mother. It subjects the Mother’s Desire to the prohibition of incest. It also acts as a “fundamental signifier,” meaning it ties the subject (the child) to the world of language.


Imagine yourself on a ship in the middle of a vast ocean. The ocean is language, which precedes your arrival, and the anchor is the “name-of-the-father,” which stabilizes the chain that allow your ship to situate itself at the same point. What happens if the anchor breaks off? You’ll be lost in the horrifying ocean of language, a “sentimental ma*s of the current of discourse.” The signifier (words) and the signified (the referent) present themselves in a completely divided form. The meaning of words become extremely unstable.


In psychotic subjects, the name-of-the-father is foreclosed. To not be lost in the ocean, Milk-chan ties the chain to some other heavy object she found on the ship, and use it as a makeshift anchor. But the weight of such object is never quite enough…


The “symbolic order”, the rules of language, remain fragile despite her best efforts. 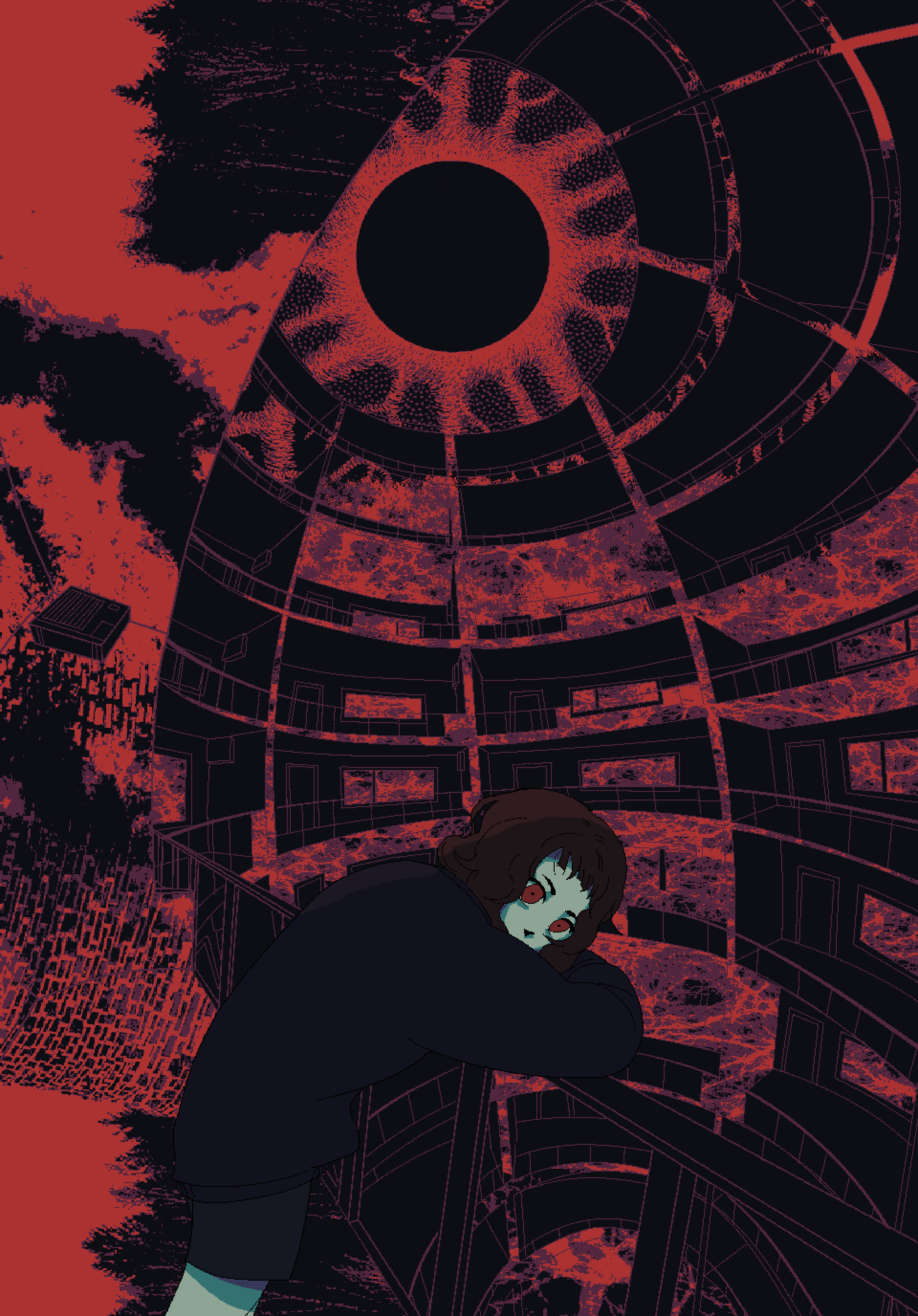 (Remember the terrifying “O” in the sky, how it distresses Milk-chan?)


While neurotics a*sume language for themselves and make it their own, psychotics experience it as an exterior force or entity that is persecutory in some cases.


Lacan says, “If the neurotic inhabits language, the psychotic is inhabited, possessed, by language.”


Within the symbolic order, the ocean of language, lurks the Other. The Other is the point of origin of speech and language. That is to say, language is beyond conscious control, and come from the Other. The unconscious is the discourse of the Other.


Every word we use, every sentence we utter, is already weighted by the history of the language, socially and culturally charged with contextual meanings, entangled with numerous connotations. This inescapable web tying up language is the manifestation of the Other. As we learn our mother tongue, the Other’s language, it shapes our thoughts and desires. A primordial spider manipulating our every thought… 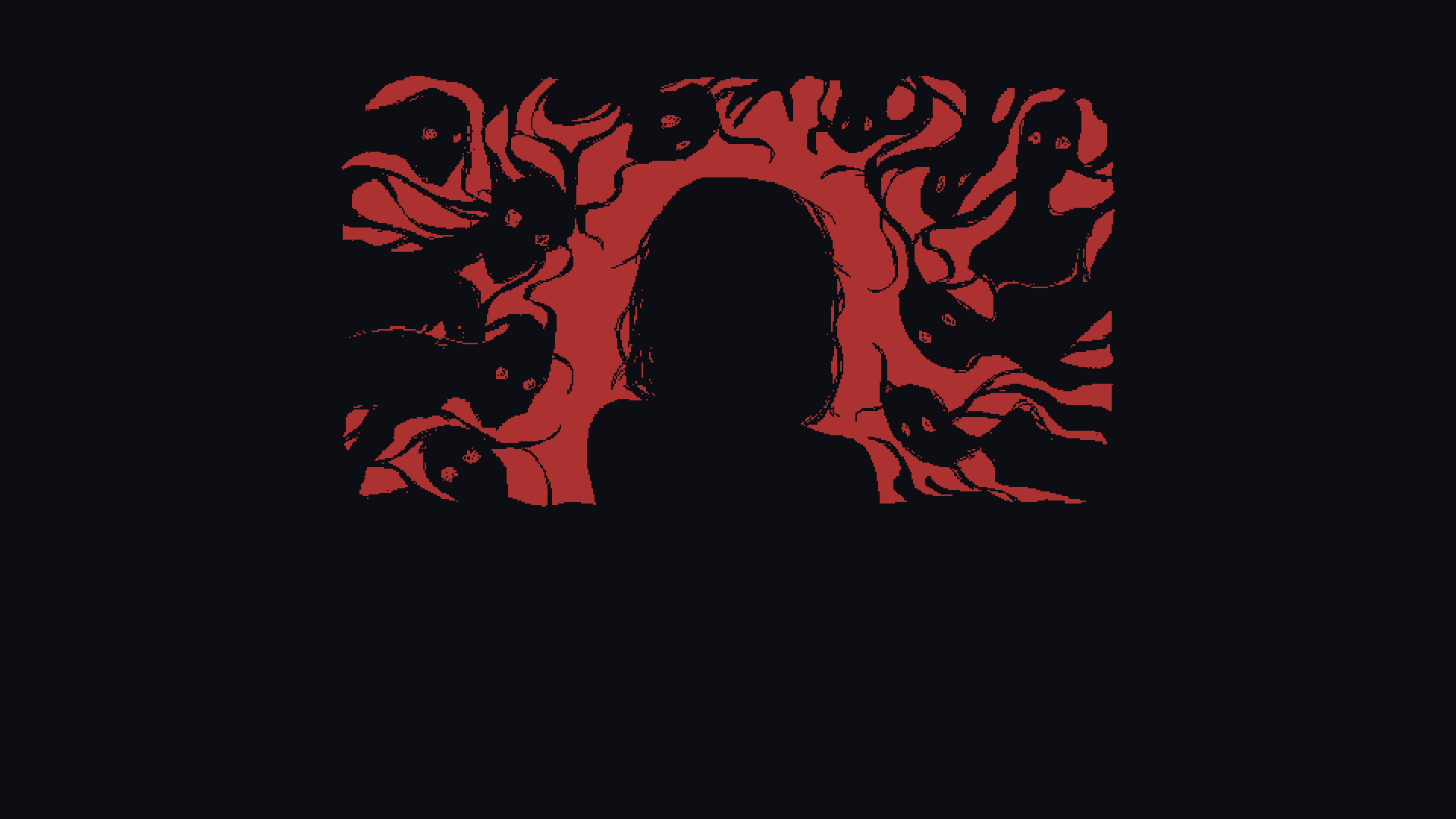 We can conceptualize the Other as a place. The first occupant of the Other is the mOther, who receives the child’s primitive cries and retroactively sanctions them as a particular message.


For neurotics, their desire is the desire of the Other. The subject desires from the point of view of the Other. What makes something desirable is not related to the object itself, but simply the fact that it is desired by the Other.


For psychotics, the internalization of the Other’s desire was hindered. The Other’s desire is rendered alien, as separate from the subject and having a life of its own. This alien desire is obscure and incomprehensible to the subject. This desire sometimes takes on a persecutory role, embodied by a menacing Other who does not enable or mediate the subject’s jouissance (a sort of satisfaction), but aims to fulfill its own, even at the expense of the subject themselves.


The “O” that distresses Milk-chan symbolizes the “O” of the “Other”. The rogue Other, who does not enable Milk-chan to desire, but takes on its own desire, even its own ego. 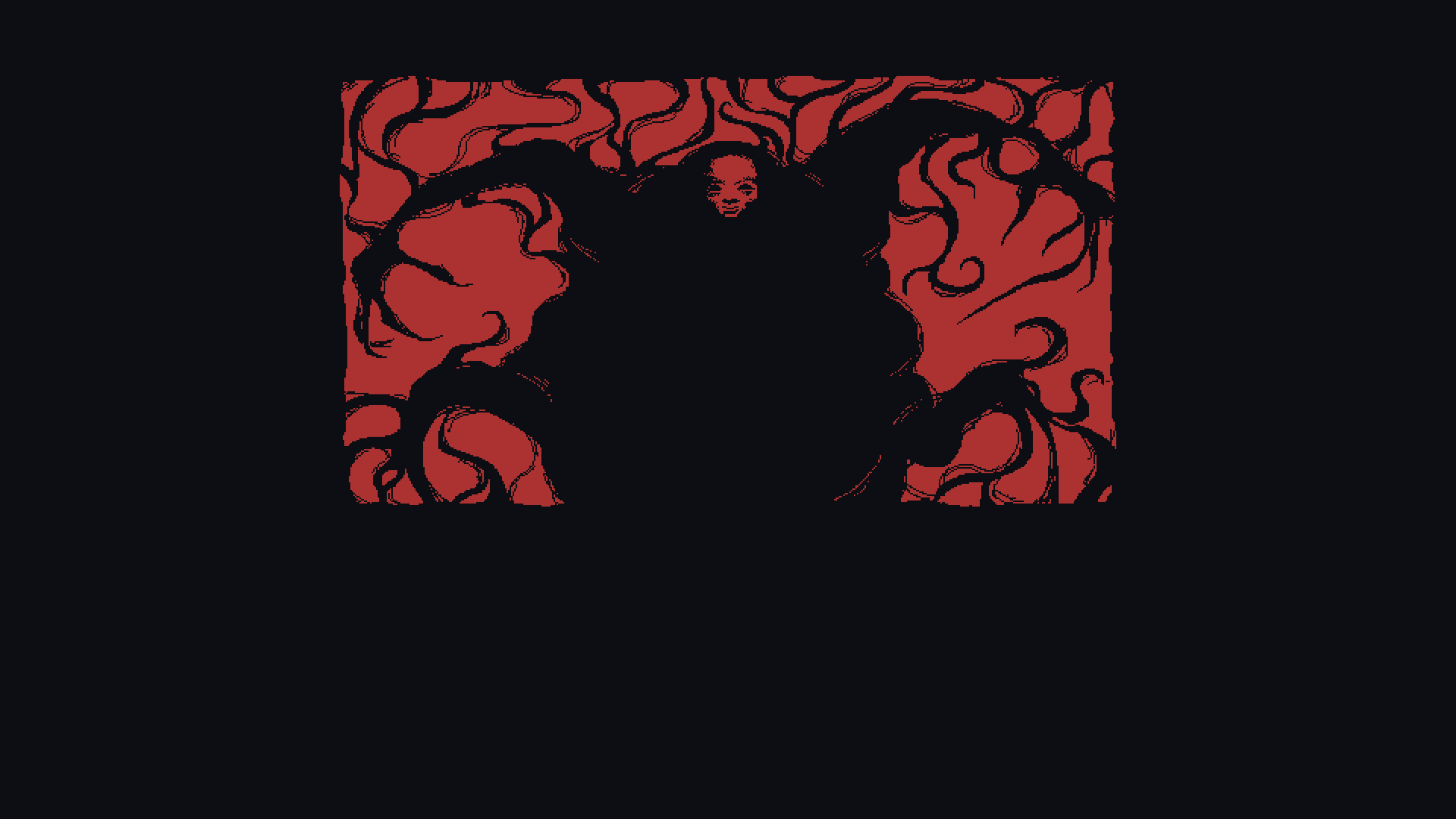 According to Lacan, the child perceives the mOther’s desire as threatening, as reflected in some mOthers’ wish for the child to her end-all and be-all, and other cases where the mOther genuinely wants to obtain jouissance, a kind of satisfaction, from her child. In both cases, the mOther would ultimately engulf the child, stop them from becoming a being separate from the mOther.


The name-of-the-father stops the mOther from devouring her child.

Without the protection of the name-of-the-father, the mOther (is perceived to) devours Milk-chan. This seems to be the reason why Mom is represented in such a horrifying way in Milk-chan’s mind, though the games do not provide us with nearly enough details about her childhood.

Brenner, L.S., The Autistic Subject: On the Threshold of Language, 2020

Fink, B., A Clinical Introduction to Lacanian Psychoan*lysis, 1999