Description of monk’s skills and features. 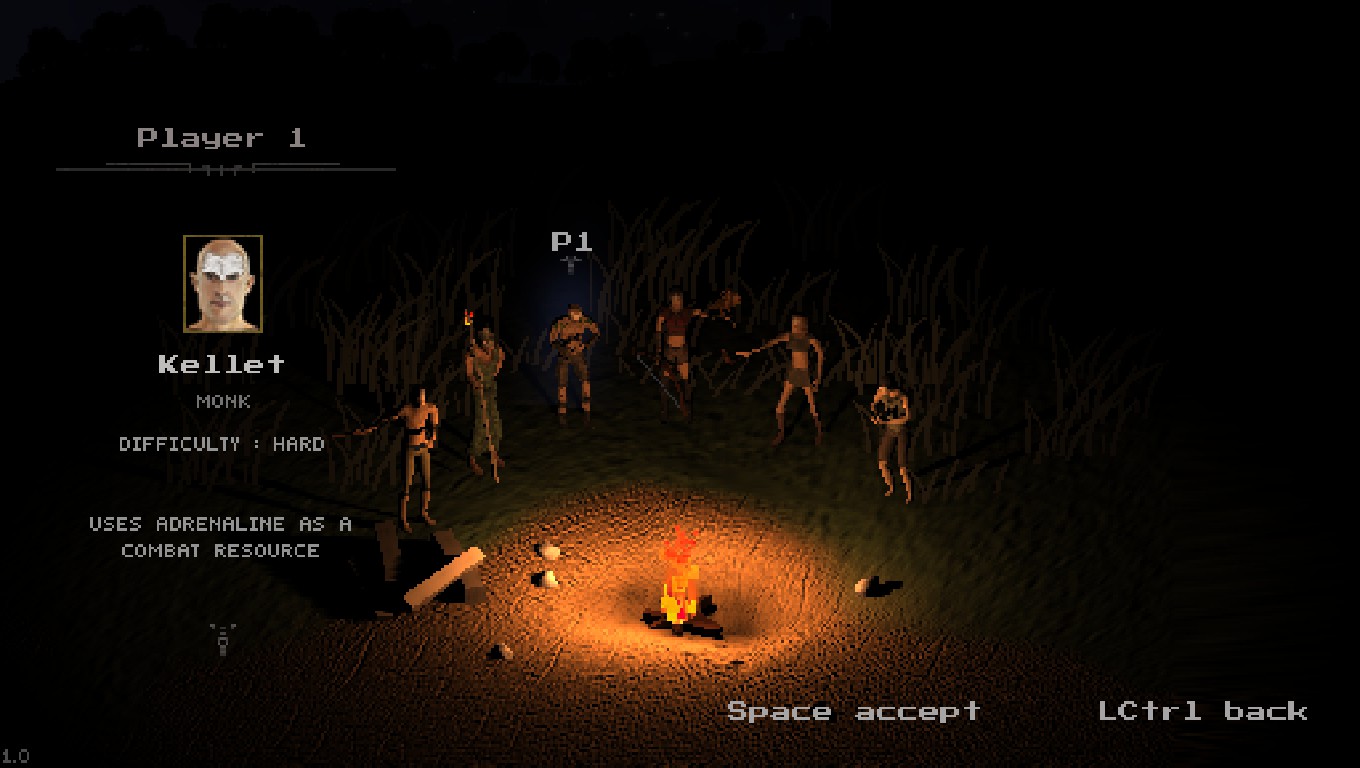 The monk (Kellet) is a character with a hard difficulty of mastering.

His main feature is the use of accumulated adrenaline as a resource for the use of special moves. 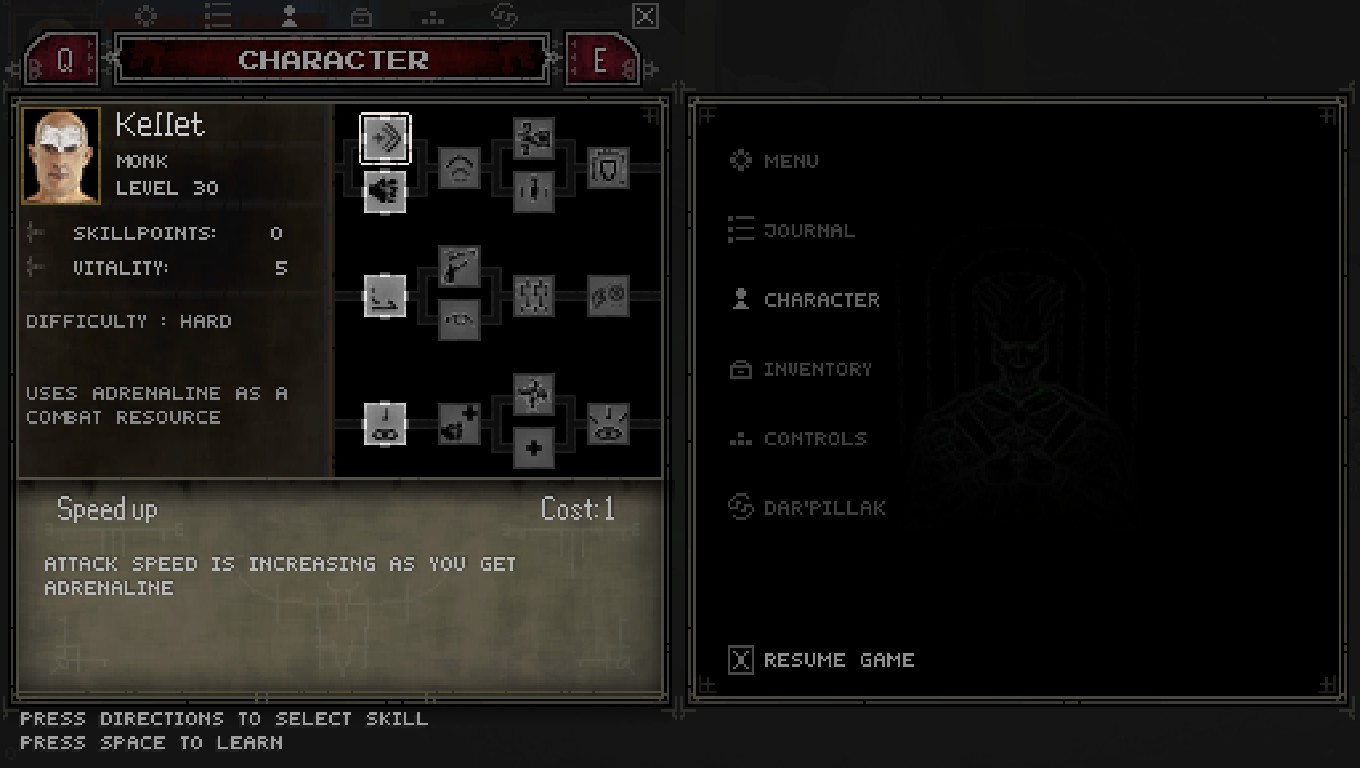 …..1.1a) Speed up [1 skillpoint] – attack speed is increasing as you get adrenaline;

…..1.1b) Lightning strikes [1 skillpoint] – ability to use superstrike in a melee combo to unleash a quick series of strikes [activate: hold attack+block buttons right after a standart hit to an enemy];


…..3.1) Healing Seal [1 skillpoint] – cast a healing seal, which healing everybody in the vicinity (even enemies) [activate: attack+block when adrenaline bar is full];

…..3.2) Healing fists [2 skillpoints] – resore a tiny bit of health with each strike, also heals other players characters in the vicinity;

…..3.3a) Adrenaline healing [4 skillpoints] – when adrenaline is full, all the healing receieved is increased by 100%;

…..3.4) Rejuvination Seal [8 skillpoints] – increase healing bonus of healing seal by 100%, enemies caught in the seal are blinded for a short time. 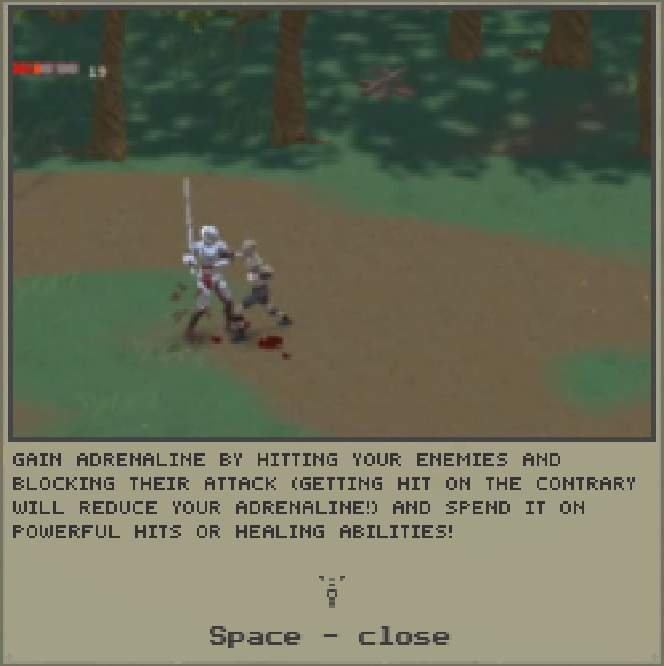 When playing single and getting the first skill point, it is recommended to open the ability “Lightning strikes” [1.1b] to effectively use the accumulated adrenaline, and when playing with friend open “Healing Seal” [3.1] in order to be able to save another player in a difficult situation.


After choosing the first talent, Kellet’s improvement can occur in several directions:

…..1) the first branch of monk’s talents will provide maximum efficiency in spending adrenaline, and significantly increase striking power, which will be optimal for experienced players who are able to avoid enemy attacks;

…..2) if you have hard to blocking or dodging enemy attacks, then the second skill branch will increase the monk’s defense to more consistently maintain adrenaline at maximum, and also simplify control over the battlefield;

…..3) in co-op you can play monk as a healer, in this case is preferable to choose the third skill branch, which will give your team survivability.


When playing the monk, you need to pay special attention to the fullness of the adrenaline bar and try not to take damage in order to maintain a balance of adrenaline consumption to combine the use of special moves and lethal power.

Kellet’s skills Adrenaline Boost [1.2], Ironskin [2.3] and Dodge Master [2.4], as well as the use of armor that gives a chance for a passive block, can especially help to maintain the maximum available adrenaline.

Hope you enjoy the post for MannaRites Monk’s skills and features + build guide, If you think we should update the post or something is wrong please let us know via comment and we will fix it how fast as possible! Thank you and have a great day!