Let’s start with the interface description 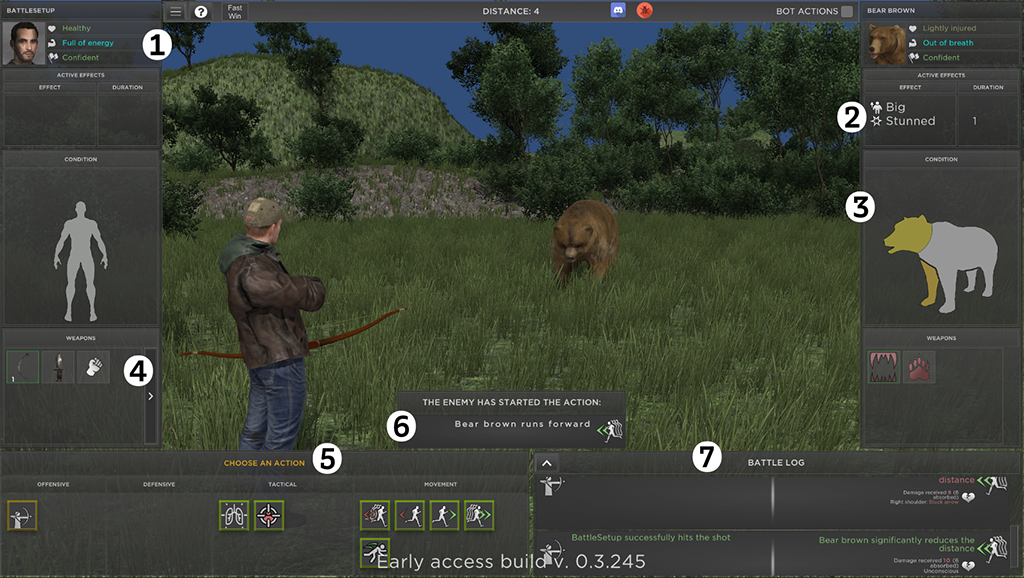 1.1 Health and color of the inscription changes from green to red: the redder the text, the closer the player is to death.

1.2 The character’s fatigue degree. The more exhausted you are, the more difficult to hit the enemy. If the character is completely exhausted, many techniques become unavailable.

1.3 Fortitude. The principle is similar to fatigue, it’s only aimed at other techniques.


2. List of effects applied to the character. They can be either positive (large) or negative (stunned). Some effects may be permanent (large), others temporary (stunned). The “duration” column indicates for how many rounds it affects the character.


3. A diagram showing which part of the character’s body is damaged and the color shows how serious it is.


4. A list of weapons available to the character in battle. The weapon used has a green outline. To select a weapon, just click on it.


5. A list of actions that you can do with the following action. The list may vary depending on the selected weapon.


6. The action that the opponent will perform.


There is a likelihood that you will be able to find out the chance of hitting each technique. When it appears, the frames of techniques are colored. This chance depends on the level of character’s intelligence.


When you hover over the technique, you can see its brief description and the hit chance. 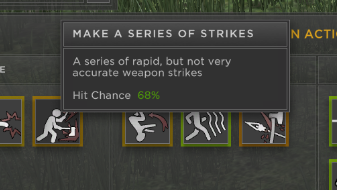 Depending on the hit chance, the color of the reception frame changes

Depending on the opponent, the techniques may have different effectiveness. 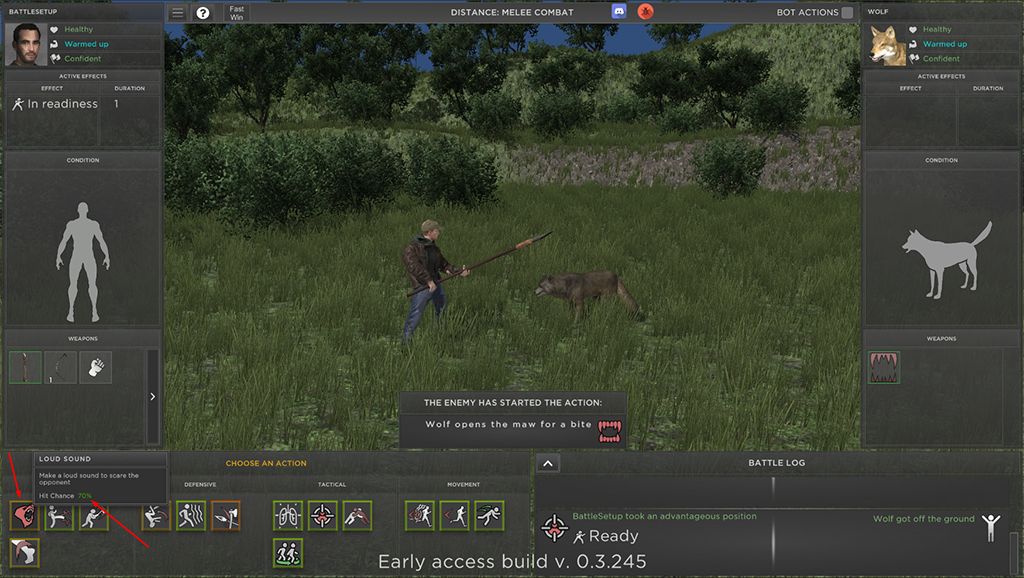 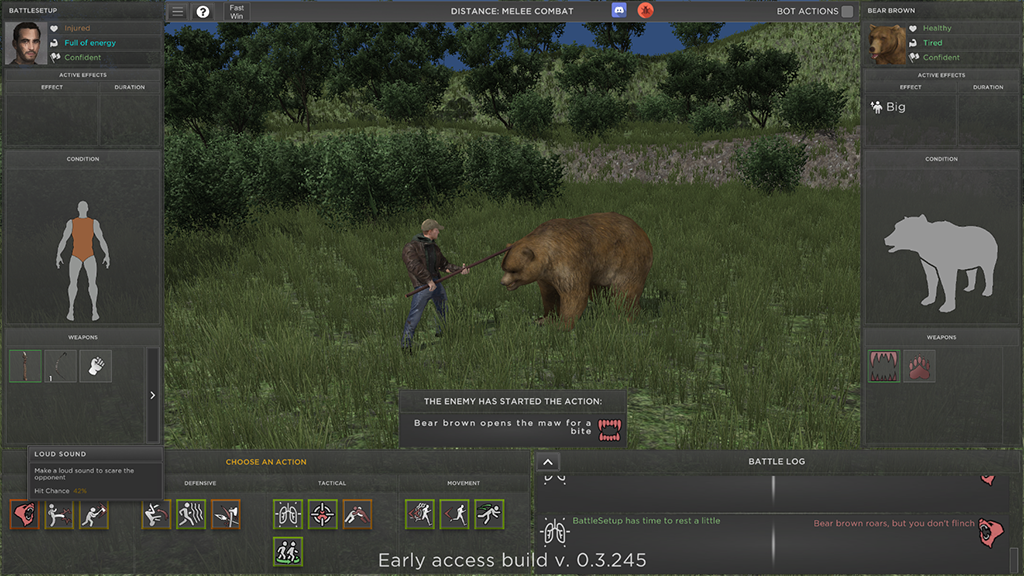 Also, some techniques may become unavailable. For example, big enemies cannot be knocked to the ground having stucked the foot out. 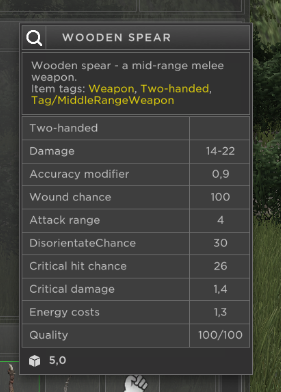 Armor takes away its value from damage. So if the armor is 2, and the damage is 15, 13 will be taken away from health.

3. The technique used by the opponent (added)

4. Depending on the type, condition of the enemy and the character (for example, big and blinded)

The distance at which you can attack with a weapon.

The main distances are:

Any technique with a certain chance can make 1.8 damage

The chance depends on

Every action in battle expends energy, total stamina is 100

Admission costs depend on:

Here we come to an end for Lost Scavenger Combat System Manual Guide hope you enjoy it. If you think we forget something to include or we should make an update to the post let us know via comment, and we will fix it asap! Thanks and have a great day!