I’ve been waiting for a guide to be released, but it doesn’t seem like anyone has been working on it yet. I decided to help write my own. The first draft will be a wip, and I will continuously update more info with screenshots along the coming days. Note there will be spoilers in this guide. 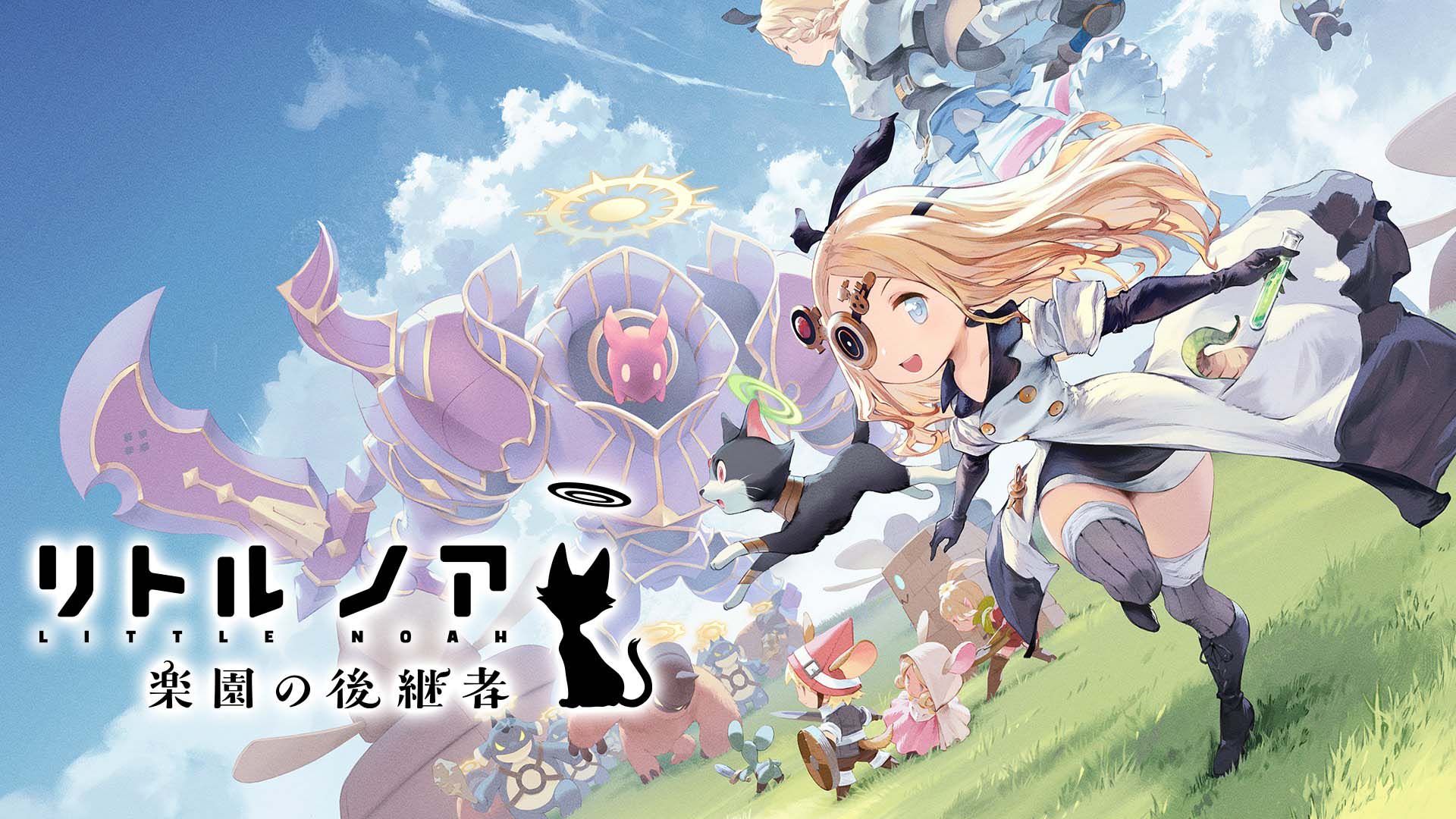 I recommend starting the game on Hard Mode. One of the achievements is tied to clearing the game on Hard Difficulty. Your first priority should be on maxing your airship facilities, and increasing your bonds with your lilliputs. Don’t be too taken back when you die during your first few playthroughs, or if you aren’t able to kill those Rascals. The further you progress in the game, the easier everything naturally becomes.


After familiarizing yourself with the gameplay and the various elements during your first few playthroughs, I recommend choosing an Element and sticking to it. This element will usually be closely tied to the Avatar you pick. You’ll often be tempted to always pick up the highest rarity lilliput, or the accessory that gives the most PWR. This isn’t an accurate indication of how well built your character is, instead you should focus more on reading and optimizing your gear so that everything ties together.


For eg. If you pick Fire, prioritize Fire Lilliputs or Lilliputs with good stat buffing abilities, some 1 stars even outshine off-element 3 stars due to their Max Level Passive Abilities. Prioritize getting Fire Path Rewards Up Dungeons, more fire damage boosting accessories with burn/immolate effects, and Red Crystals that boost close range damage as most Fire Lilliputs have close range skills.


With enough practice, cheesing through hard difficulty and killing bosses under 10-20 seconds would soon become a norm. 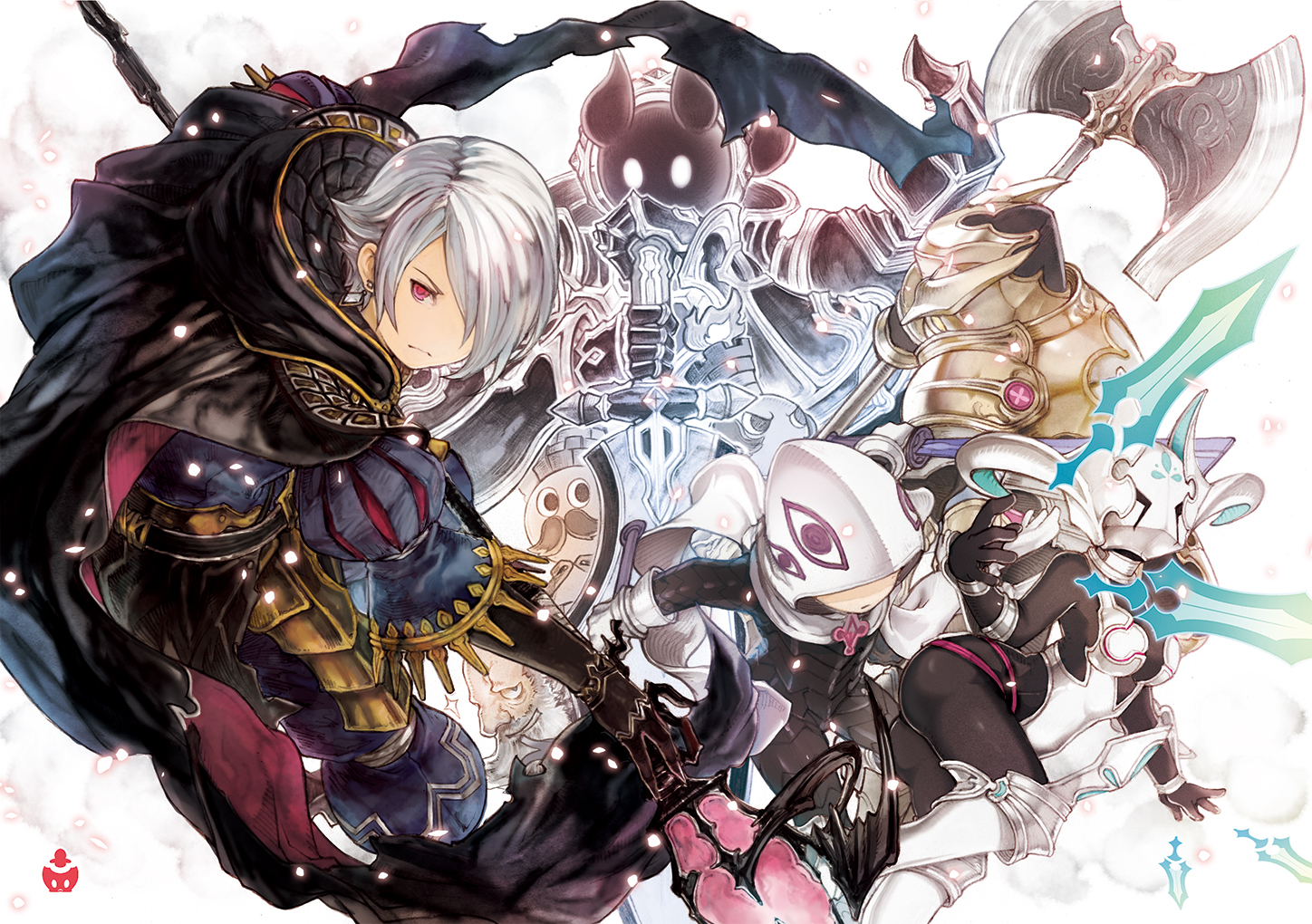 There are 3 main areas, each with 5 sub areas. You’ll unlock these naturally as you progress through the dungeons. 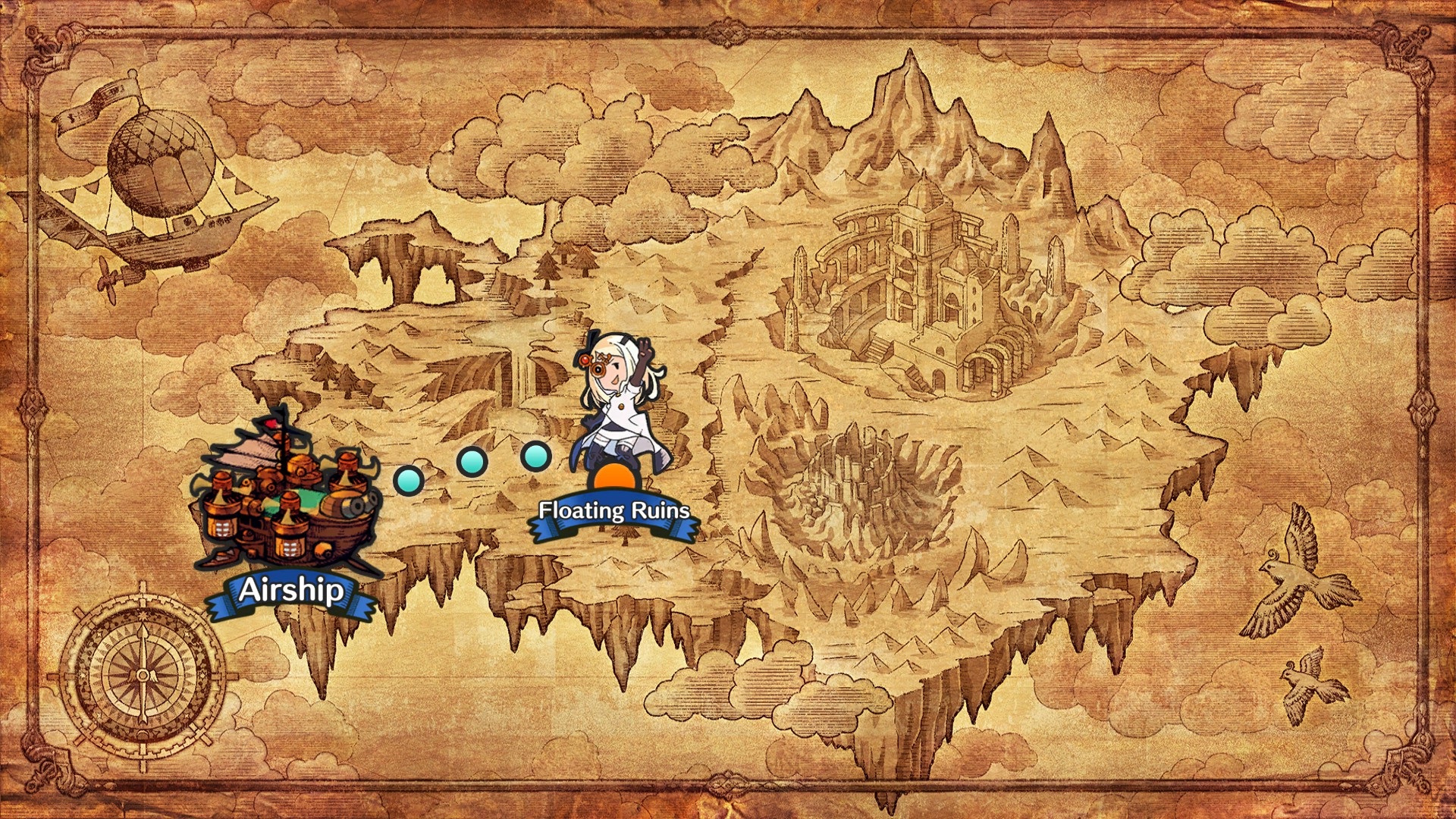 To the Winding Caverns! 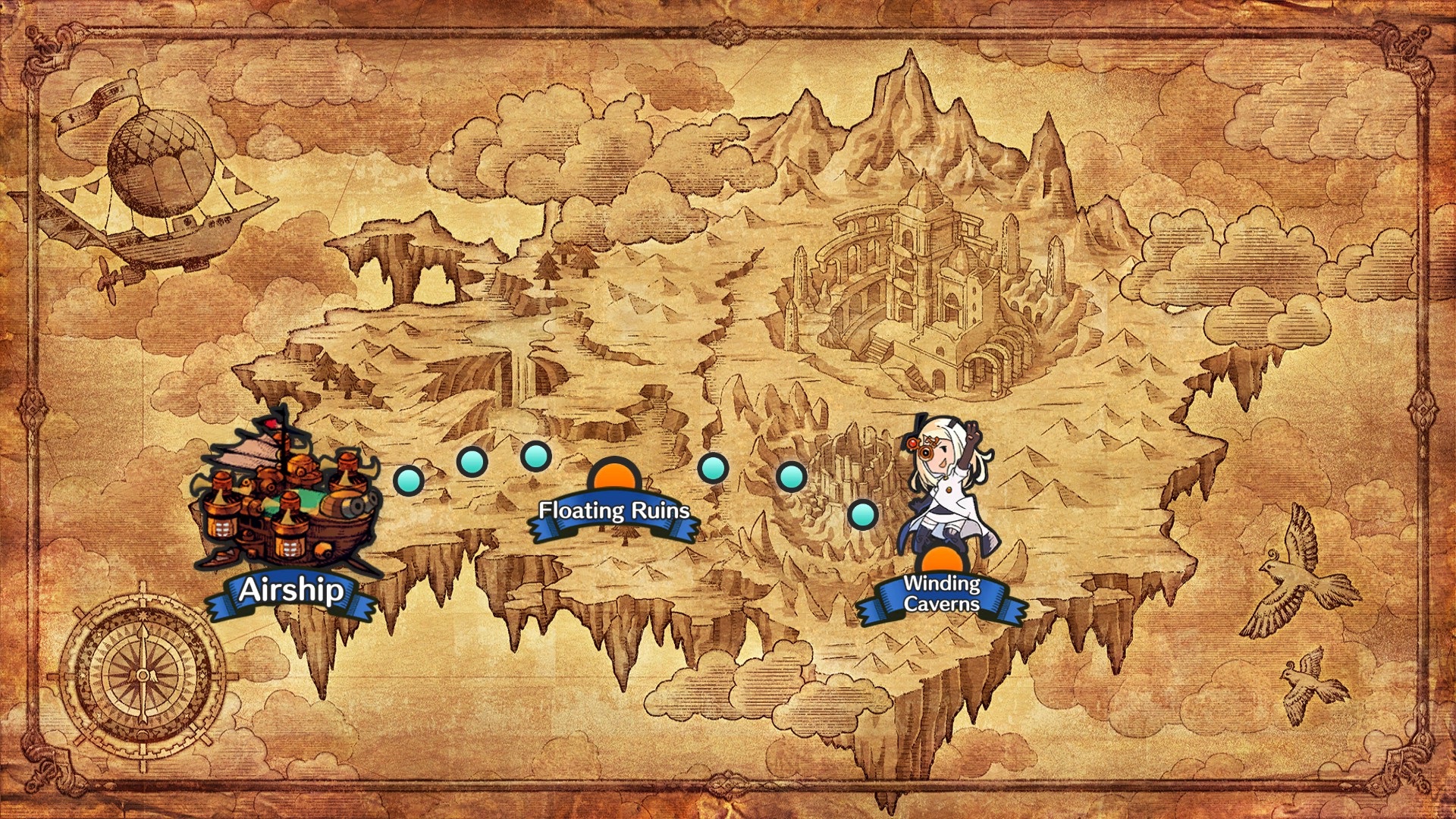 Reach the depths of the ruins. 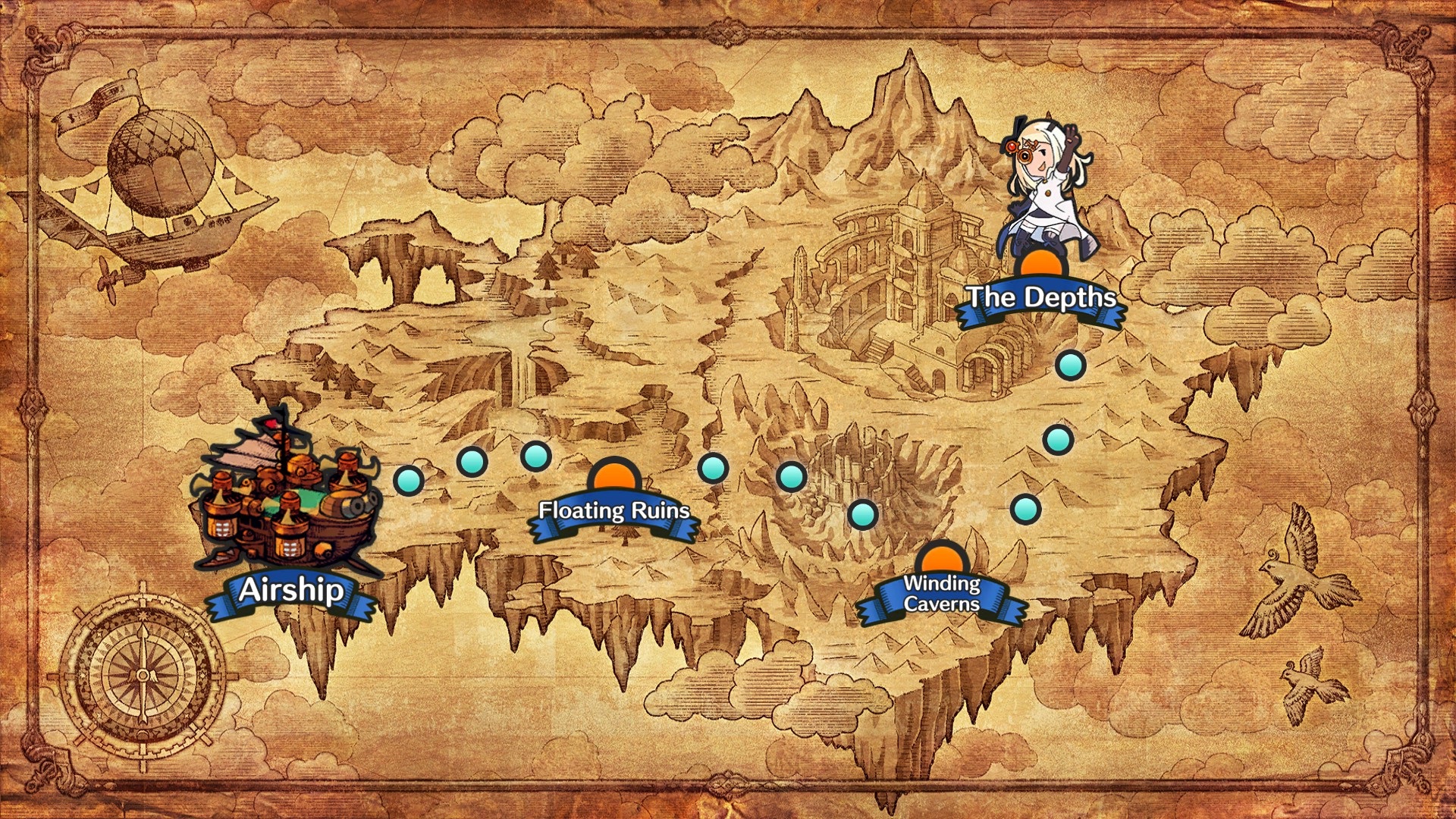 Clear the game on HARD difficulty.


Defeat the Final Boss and reach the ending cutscene on HARD difficulty.

Some of these bosses requires you clearing without getting hit. This might sound tedious at first, but once you familiarize yourself with it’s attack patterns, and progress far enough to kill them in a matter of seconds with or without the use of Avatar Burst, it’ll naturally become much easier. 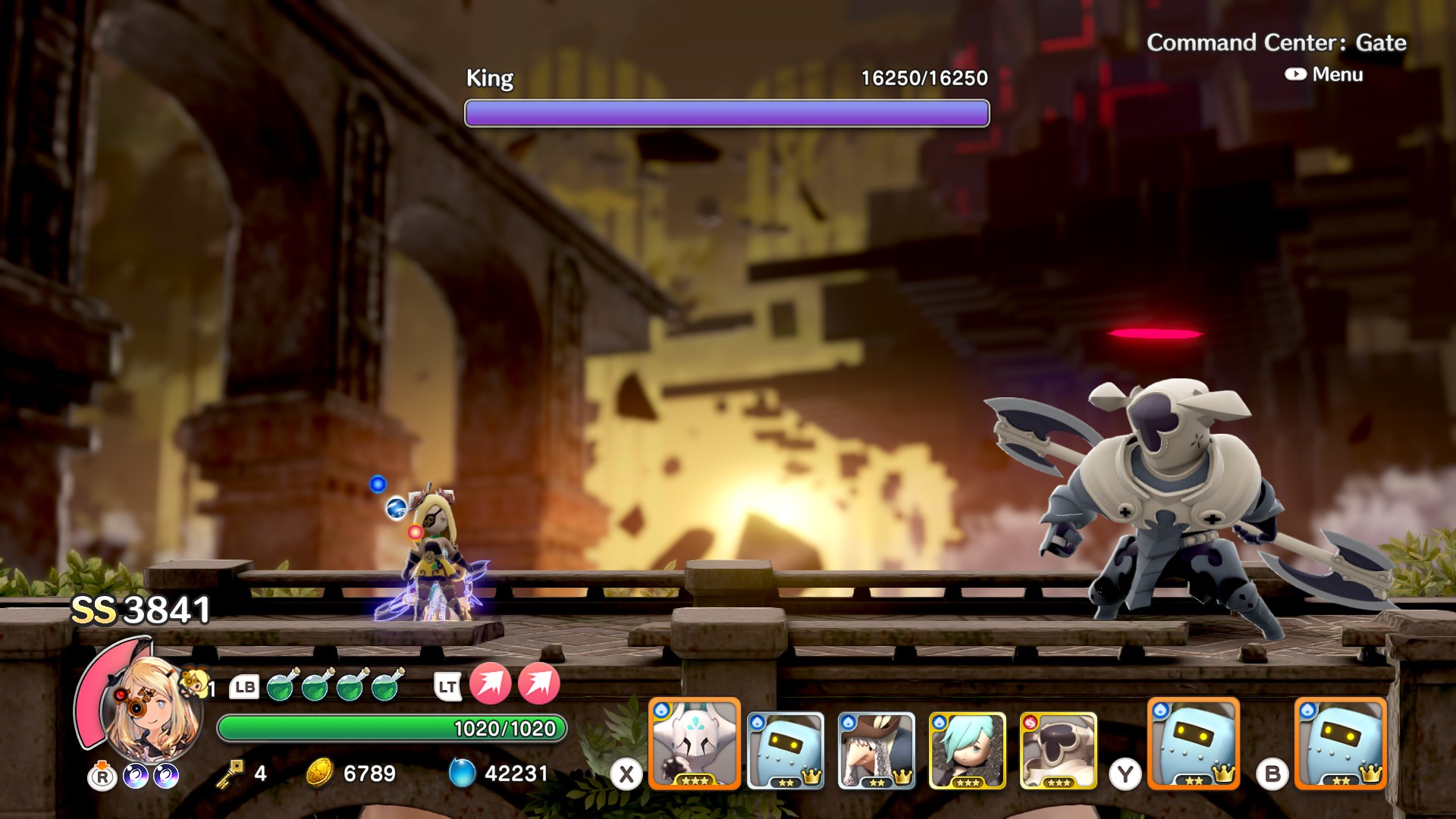 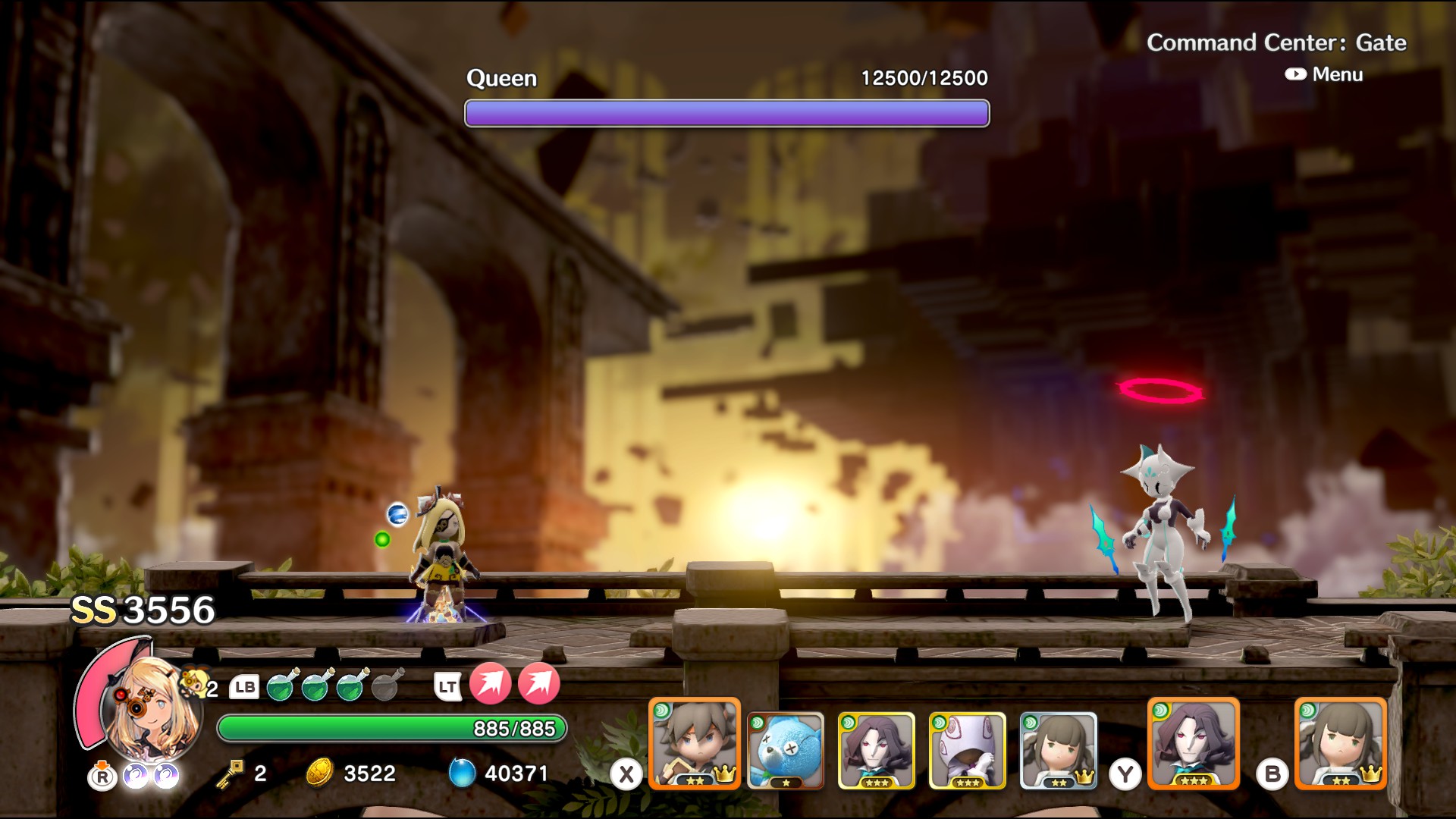 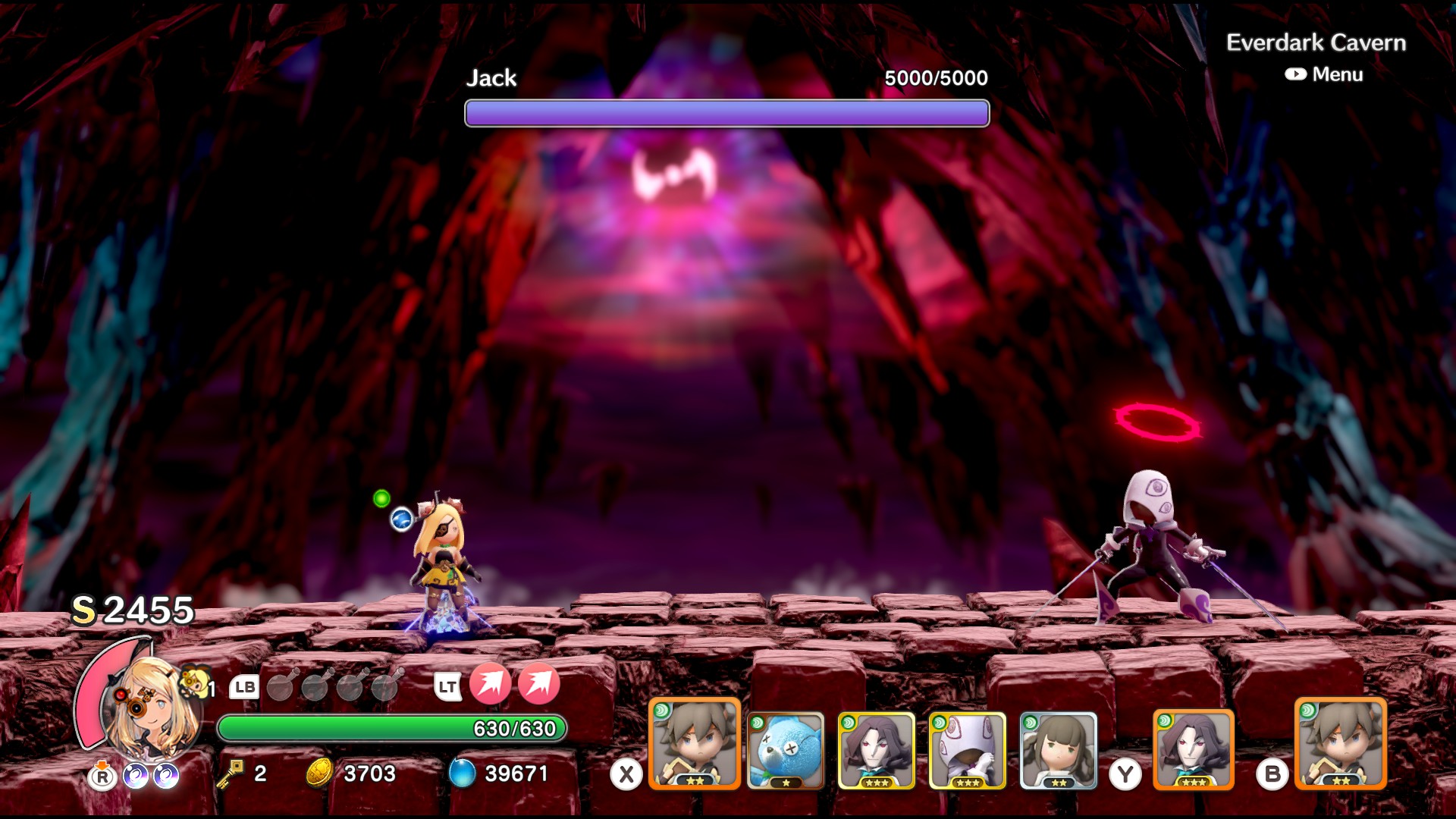 
A Sword, Glaive or Hammer Titan will appear as the boss of the 5th Stage of Main Area 1.


A Sword, Glaive or Hammer Titan will appear as the boss of the 5th Stage of Main Area 1. 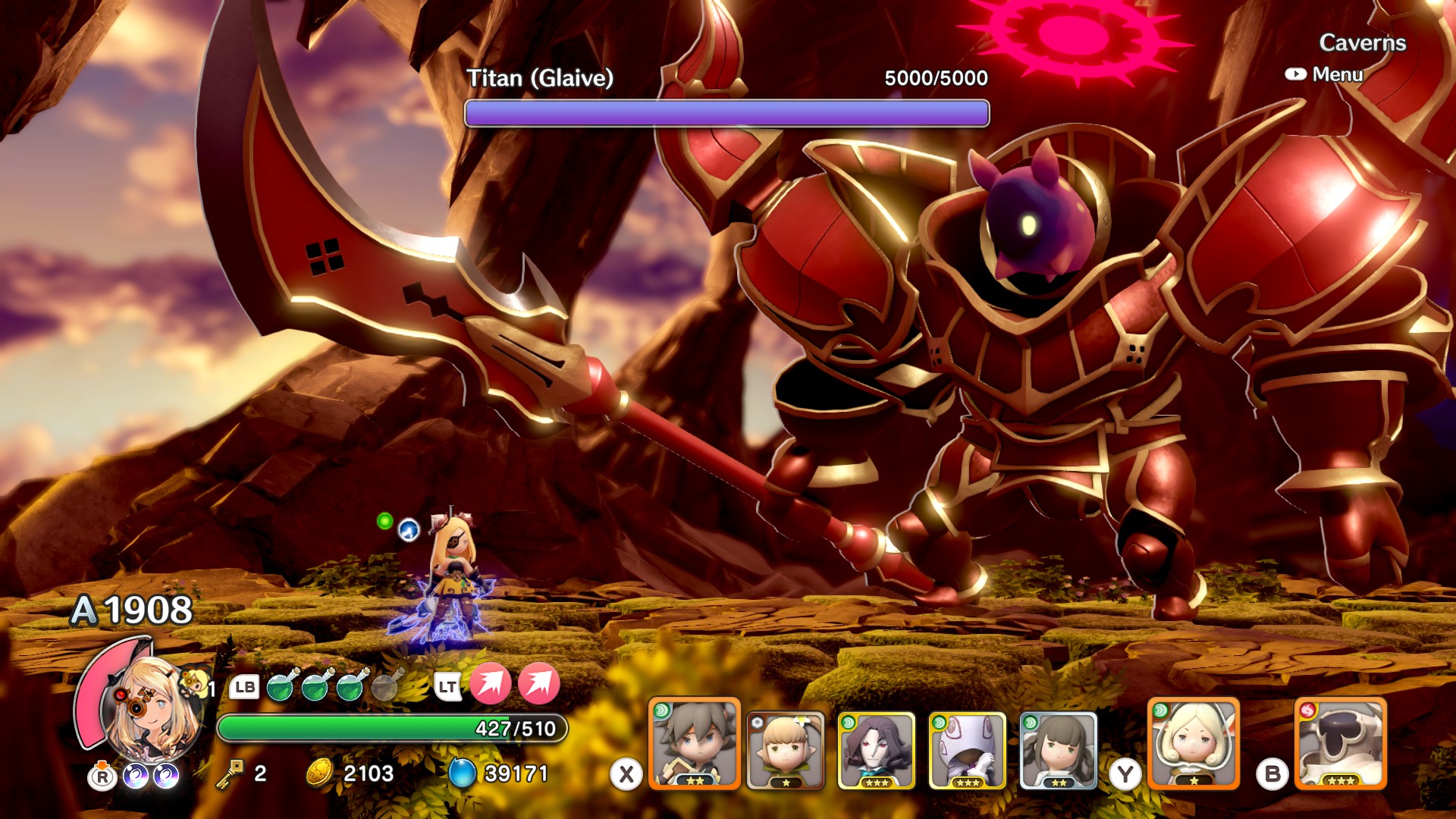 Defeat a Titan without taking any damage.


Get behind the Titan everytime he is about to swing and attack from there.


A Fire, Ice or Wind Fang will appear as the boss of the 5th Stage of Main Area 2.


A Fire, Ice or Wind Fang will appear as the boss of the 5th Stage of Main Area 2. 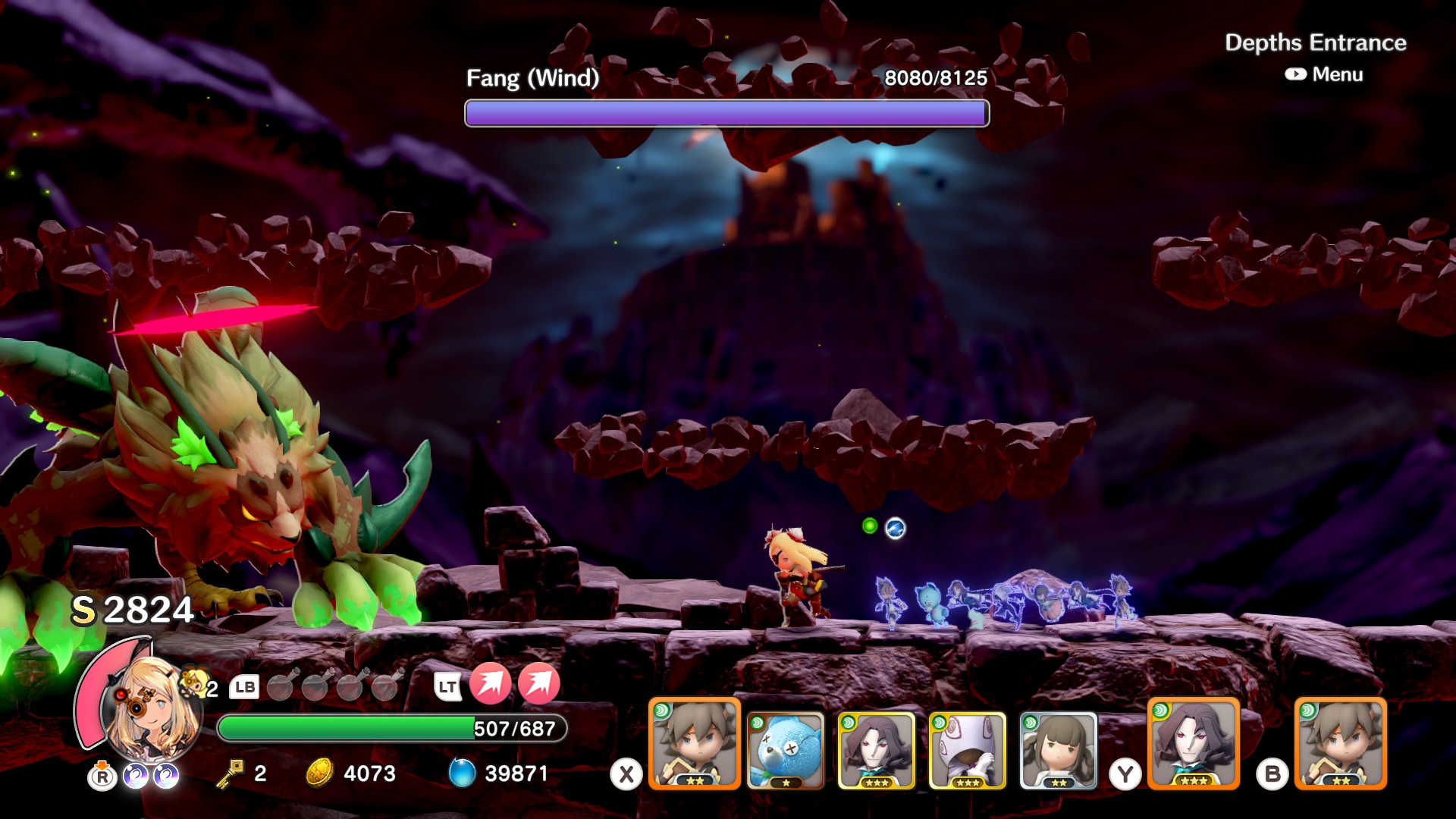 Defeat a Fang without taking any damage.


Use the Platforms to dodge his charge attack, as well as to shield you from his skyfall attack.

Power of Truth Itself 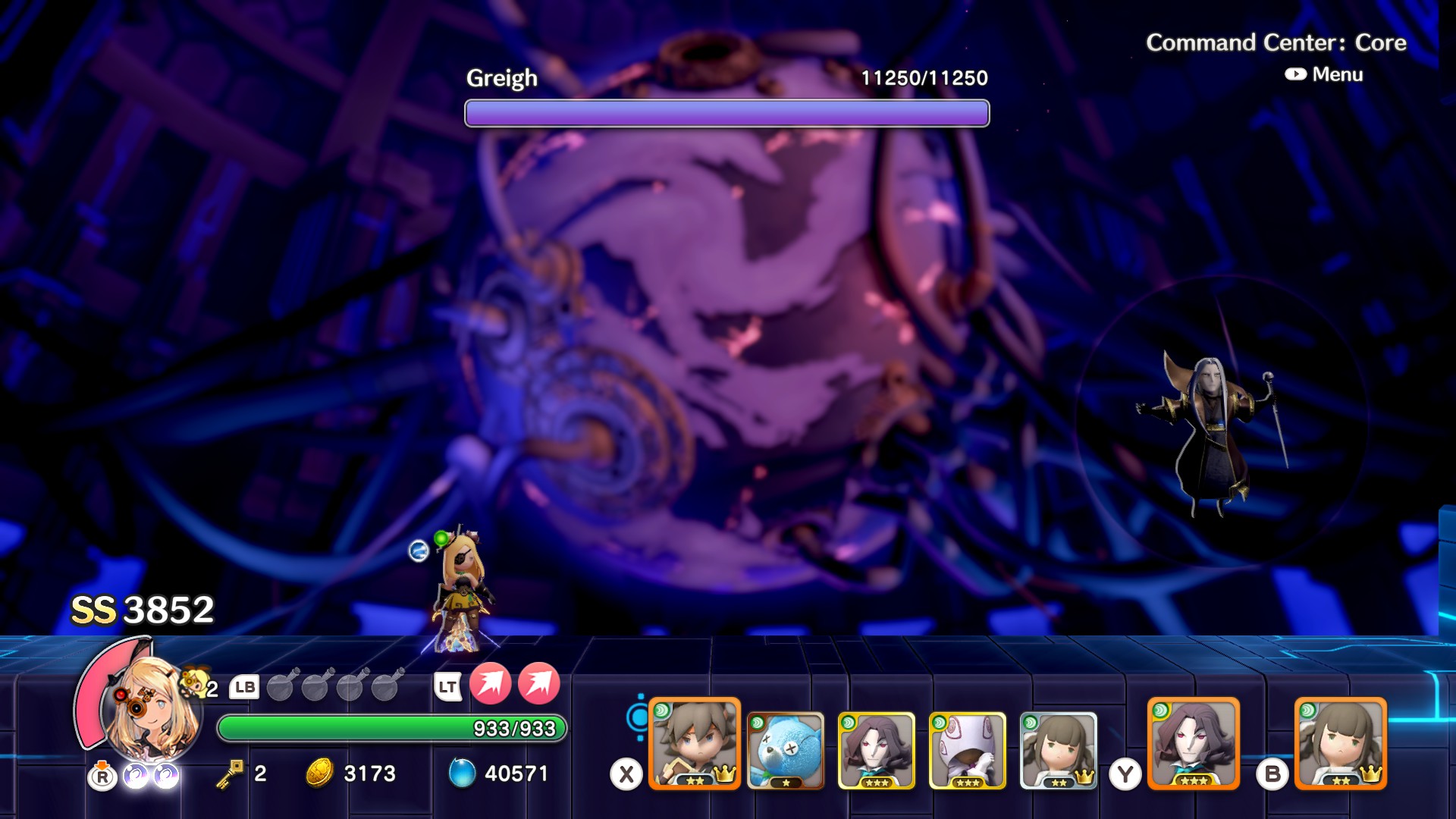 Defeat Greigh without taking any damage.


Has a few projectiles you have to be aware of, and is capable of summoning minions. Using a Water Element Long-range build is the safest way to clear it without taking any damage, but you’ll need several attempts to familiarize yourself with his attack patterns. 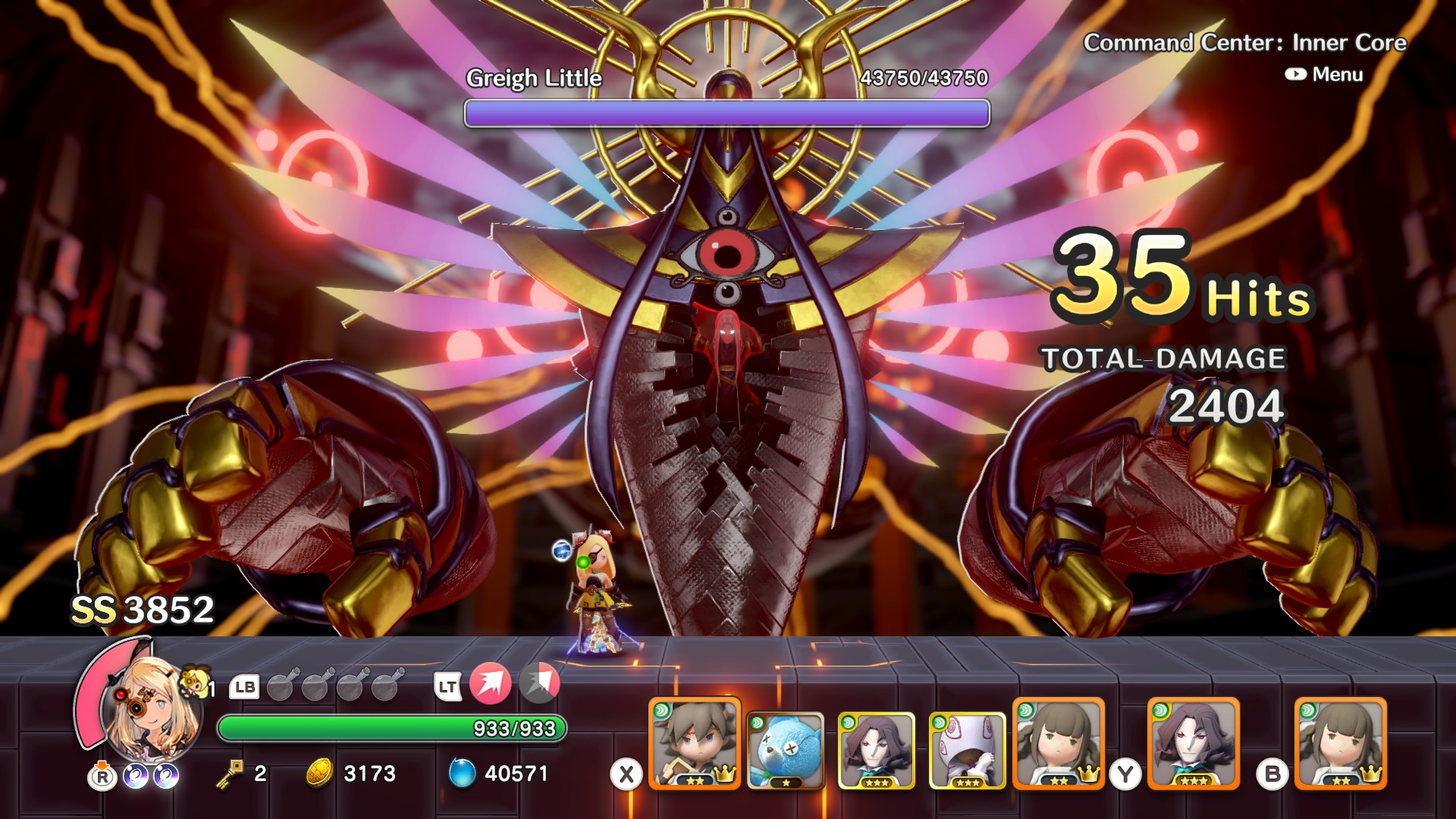 
Has extremely obvious wind-up animation. Position yourself to dodge them. While working towards this achievement, I recommend working towards a 200-Hit Combo, which is required for the “Ultimate Explorer” Achievement.

Note: You can view your player data in Menu > Player > Achievements (X Button). It has your progression count for all the achievements below.


These will be where you spend the bulk of your time on after clearing the game. All of the achievements contribute to the Adventurer’s Log, and you’ll have to finish all entries in this log to get the final “Ultimate Explorer” achievement.

Place a statue on the airship for the first time.


After getting any statue from the Adventurer’s Log, place it on a pedestal for this achievement.


After getting any avatar from the Adventurer’s Log, change to that avatar for this achievement.


There are a total of 10 Avatars in the game you can get my clearing entries in the Adventurer’s Log. You’ll get this naturally as you work towards the “Ultimate Explorer” achievement.


This one is rather tricky. Some accessories are locked behind airship repair facilities. Regularly check your log to see what you’re missing and keep an eye out for unfamiliar accessories when you’re out exploring. You’ll need to collect all accessories in the game for this achievement. The “Ultimate Explorer” achievement only requires you to collect 800 accessories, regardless of duplicates.


Keep an eye out for a Lilliput you don’t have in your Lilliput House and prioritize getting them. You only need 25 for the “Ultimate Explorer” achievement.

Max out your bond with 40 different Lilliputs.


Repair the airship to unlock more perks and benefits for your subsequent playthroughs. You only need to repair 70 facilities for the “Ultimate Explorer” achievement.


You’ll naturally get this as you progress. You need to defeat a total of 8,000 enemies for the “Ultimate Explorer” achievement.


One of the most tricky achievement to get. The best advice I have for now is to not overbuild your character and build up hits while evading attacks from the final boss’s second form, Greigh Little. You need to reach at least 200 hit combo for the “Ultimate Explorer” achievement.


Update: Credits to Kat for this idea. – [steamcommunity.com]


You’ll need to regularly activate avatar bursts for this achievement. Don’t hesitate to use it, especially on higher progression levels as you’ll likely rely less on Avatar Bursts and more on your build to melt enemies then. You’ll need to activate Avatar Burst 150 times for the “Ultimate Explorer” achievement.


You’ll unlock the potion feature after repairing the first core emblem on the airship. At max level, you can have up to a total of 4 potions at once. You’ll need to drink a total of 150 potions for the “Ultimate Explorer” achievement.


You’ll get this naturally as you play. You’ll need to buy a total of 250 Shop Items for the “Ultimate Explorer” achievement.


You’ll naturally get this as you play and open chests / unlock shortcuts with keys. You’ll need to use a total of 100 Ruin Keys for the “Ultimate Explorer” achievement.


Occasionally, you’ll encounter a room with a large crystal that allows you to choose between a red, blue or green crystal that gives varying effects. Choose the Red Crystal 100 times. The Adventurer’s Log only requires you to get 50, it is likely you might still be attempting this even after obtaining the “Ultimate Explorer” achievement.


Similar to the Red Crystal Achievement above, pick the Blue Crystal 100 times.


Once you’ve unlocked all the achievements above, any remaining entries in the adventurer’s log (if any) will be relatively straightforward. Remember to check back the Adventurer’s Log regularly when you’re grinding so you don’t have to do any cleaning up after.

These achievements don’t contribute to the Adventurer’s Log, but you’ll likely have already gotten them naturally along the way.

Max out a Lilliput’s level for the first time.


Get 3 of the same Lilliput in a single playthrough to max it’s level.


Occasionally you’ll come across a room with a large rock. Activating the rock will spawn monsters. Clear these rooms 25 times for this achievement. 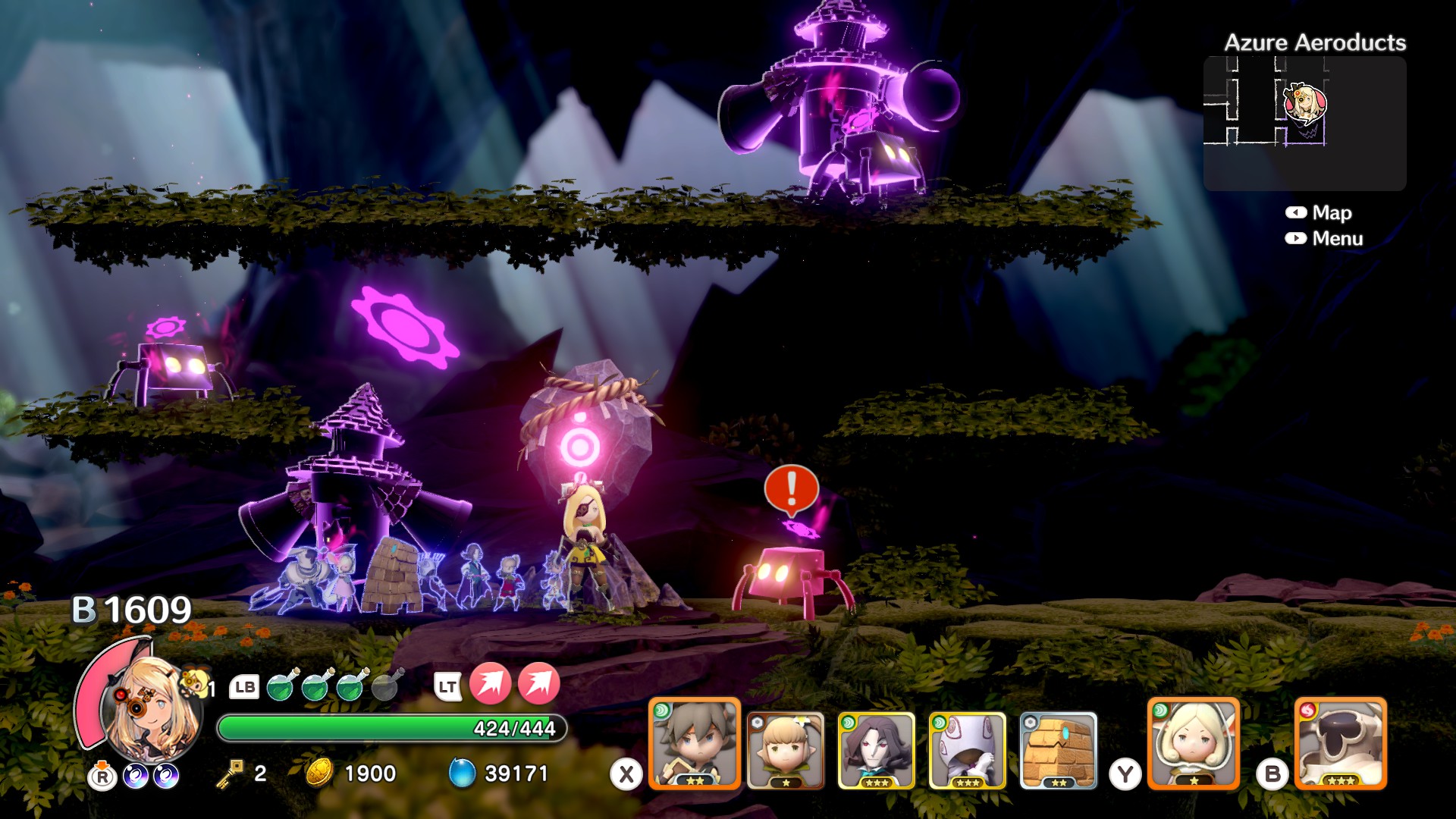 
Occasionally a challenge will be issued when you enter a room with a random condition. Eg. Defeat all enemies without getting hit, within the time limit, with a certain combo count or total damage. Complete these challenges 200 times for this achievement.


You’ll get this naturally as you progress through the game. Treasure boxes are everywhere.

Master of the Chase


Rascals appear occasionally in a stage. Defeat them quickly before they escape. It’ll be easier as you progress through the game.

Thanks for reading this far! I’ll appreciate it if you could leave a like if it helped.

All the best exploring with Noah Little!!

Here we come to an end for Little Noah: Scion of Paradise Achievements Walkthrough and Gameplay hope you enjoy it. If you think we forget something to include or we should make an update to the post let us know via comment, and we will fix it asap! Thanks and have a great day!