Getting the two victory achievements for Hammerting

First off, I do not think that loading a game from pre-achievements will work with achievements (didn’t work for me for A Dole of Dwarves) so be sure to be playing a new game.


Righteous Affluence is quite a lot of money required at first glance, and may seem like a daunting task. However, the time it requires can be cut down immensely by selling the right items and keeping the game running lag-free.


Preciousness is the stat that influences the value of a given item, and the three highest preciousness ores are Gold, Orichalcum, and Mithril. So you want to have a Crusher drill on any sources of these you can find, with railroad links for easy pickup. Save these materials for selling if you can, it is worth it. 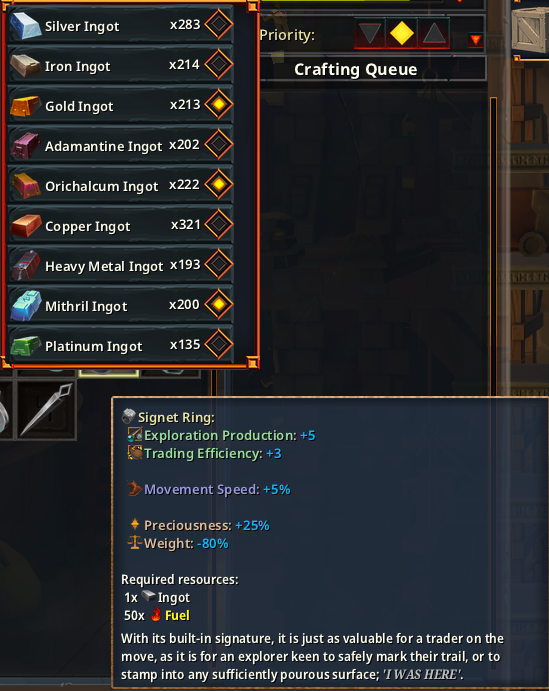 Certain items when sold will have a preciousness modifier. While the greatest collection of modifiers for preciousness may come from swords, those take a very long time to make and are generally more cumbersome. I prefer the method of gem-set signet rings. 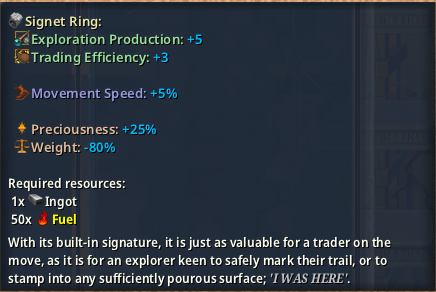 The Signet Ring has a small 25% multiplier to preciousness, but with the right gem you can boost that much higher, making it quick and easy to pump out hundreds of rings to be sold. 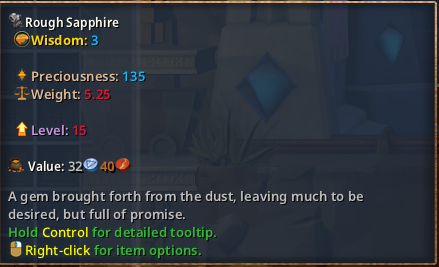 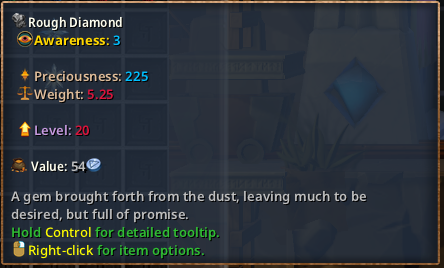 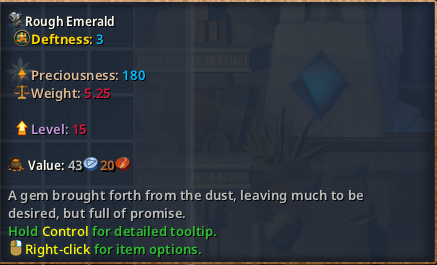 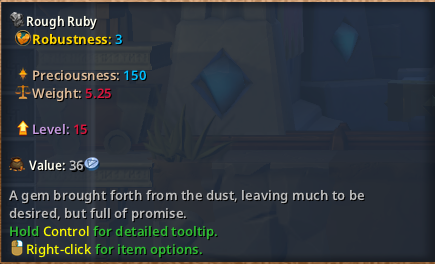 
As you can see, we only want to be using Diamonds, or Emeralds if we can’t find any Diamonds, to maximize profit.

You’ll want to make sure each of your Whitesmiths have only the correct rings selected to sell. If you’re trying to stack stats on Dwarves and save the best rings for them, make sure to keep Mythical/Epic unselected.


My personal suggestion is to use only Rough gems (+50% preciousness) for the rings, as upping to Cabochon gives roughly 50% higher preciousness count while adding the same 50% that Rough gems do. You have to get up to Trilliant to get an extra +25%, and it simply isn’t worth the extra time and resources.


Before you get your farm up and going, try to have the Dwarf with the highest whitesmithing skill practicing on combining other gems. Sapphires give Wisdom, so a couple of Gem Set Thimble rings on your Whitesmith will boost his chances of making epic or mythical rings, for the sweet, sweet cash they bring.


If you really want your Whitesmiths to help bring in the cash, take the time to get a couple Dwarves with the following Traits:


Getting these will speed up the achievement a whole lot!


As far as lag goes, do your best to keep things organized from the beginning of the game. Don’t have lots of things lying on the ground, and keep your farming to the minimum necessary. If your game is chugging at one frame per second, it doesn’t matter how efficient your workers are, it’ll take forever!

World Conquest is an achievement you likely want to plan for. To make it as easy as possible, as you head down towards the underworld you should store up as many Mushroom Oils as you can. As you unlock the quests with each area to deliver the Dwarven Licorice, be sure to put all the quests on pause.


After you have found Sulfur Sprouts, farm up a big stock (100-200 if you can) as some Dwarves will eat it to restore energy. It is a good idea once you have started farming to close off your Crusher Drills or sell them, so that the lava that is meant for the reseeding will not be used up. Try to have a few lava holes with hand pumps on them.


Once you have enough Sulfur and Oil, have your cook make up as many Dwarven Licorice as possible. If you’re lucky, a few of the overworld factions will have fallen, reducing the needed amount from 100 to somewhere around 60.


Once you have a lot of the Licorice, start un-pausing the quests one at a time. This is the best method I found to have it count properly and complete the achievement.

Here we come to an end for Hammerting Victory Achievements hope you enjoy it. If you think we forget something to include or we should make an update to the post let us know via comment, and we will fix it asap! Thanks and have a great day!