A complete and thorough guide on the British master of long distance relationships.

You may be still deciding who you want to play, or you have already known you wanted to play Axl for a time. Whichever it may be, I would like to give my advice on how to play the fire-bending, scythe wielding wise-cracker. For context on myself, I have been playing since July 4th and have been in the celestial floor twice, once in September and during this month, November. Strive was not my first fighting game, that would go to Skullgirls. Having quite a bit of experience in that game, Super Smash Bros Ultimate, and Dragon Ball Fighterz, I have been playing fighting games for a few years. But of every character in every game, none are quite like Axl Low. I’ve seen zoners before but Axl’s gameplay style of not using projectiles but having extended hit and hurtboxes creates such an interesting and unique gameplay style. Without further ado, I’ll start explaining just how to play him. 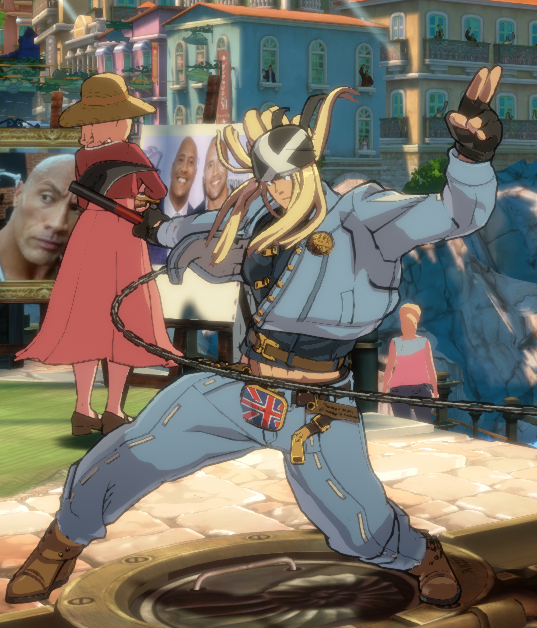 Sickle Flash- The notorious, infamous, and feared Sickle Flash. This bad boy reaches full-screen and pushes back any opponent on the ground. Throw this out when you are across the screen from your opponent. This move destroys projectiles but you are not safe from Ky’s Sacred Edge. Be careful of that one move.

As Axl, you want to be dominating the stage. Axl is all about control and manipulation. Control the space by keeping your opponent at mid to long range.

Axl should rarely be in neutral but knowing how to turn things in your favor is essential. When playing an opponent for the first time, this can be a bit more difficult, as you will not know their habits. Throw out safe moves like 2H, j.S, 5P, and 6K. When these moves land, be prepared to also throw out snail or Sickle Flash.


Always be holding back. Not only does this create space, but it also allows you to use Sickle Flash at any given moment. The second your opponent is fullscreen, or close enough to it, use it. If they jump, use Soaring Chain Strike but if they block use Winter Cherry. If at anytime you use Sickle Flash while your opponent is too close, they will either jump over it or head straight towards you after the initial Flash. You can either hope they come straight to you and use Spinning Chain Strike or do not follow-up at all and hope you can block before you get hit.

Advantage for Axl can mean two things. He is either up close and personal or the complete opposite, completely on the other side of the screen.


When in your enemy’s face, you have several options. You can 2K for a quick attack to force a blockstring opportunity, or go for something more risky like a raw 6H. Using dust and 6H, Axl can also mix highs and lows. Not many people expect the aggressive Axl overhead. You could also consider getting a strike throw off 2K or 5K (preferably 5K), however the downside to all these options is they can get read due to overuse. Though, Axl is not very close often so your close-range options are hardly ever predicted. If they are, it could be that you got unlucky or you are going in close too often.


When far from your opponent, be ready, at all times, to use Sickle Flash, as stated earlier. Understanding your opponent is key to keeping them at this range. Do they jump often? Or perhaps they wait out Sickle Flash and run through it? If you see them jumping often, use 6K to teach them a lesson. If they stay grounded, you might want to consider using 2H and Sickle Flash until they are in range of other moves. They will be crouching to block 2H so you can usually get a free 6H or grab.

Generally, disadvantage state is tough for Axl. It isn’t as bad as Zato but he still struggles with it. On get-up, use Sickle Storm if they are going for a meaty attack. Just be sure they will not read and punish it. Otherwise, try to jump out of block-strings or use YRC.


You will also be in the corner often, since you back away from your opponent constantly. This can be tough, so learning to block is extremely important. Learning when your opponent goes for grabs or dusts is key.

Axl has some great Oki options. 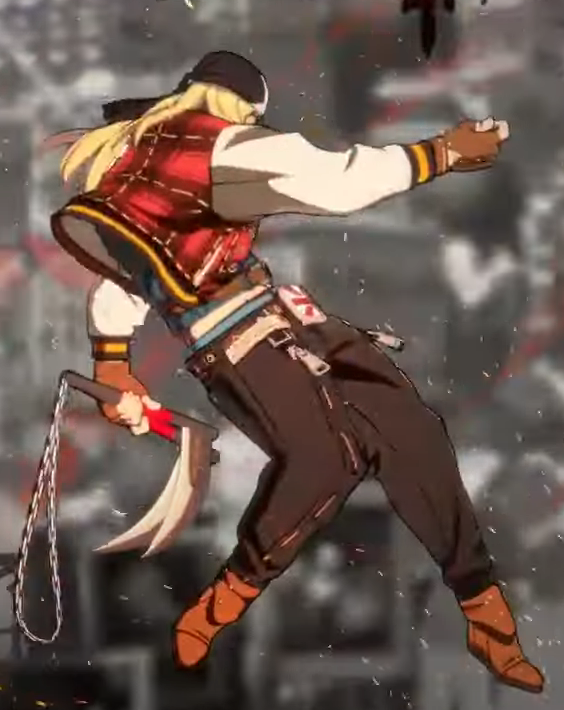 A lot can be done with this. The install itself is a great pressure tool, opponents will be forced to block or face the threat of the full wrath of a time-stop.


For the actual activation, it can be hard to do. Literally none of your grounded overheads can cancel into One Vision but every other move can, besides Sickle Storm. Try being ultra-aggressive to bait a punish, since most moves can cancel into it. For example, try using Snail, a usually punishable move, to bait an attack or using an air-dash for the same reason.

The actual time-stop itself is a wonder to behold. The combos are sick and will get you many women (or whoever you prefer).

After a successful Winter Mantis, you can activate either the install or the activation for different combo routes.


If you land raw One Vision, you can do your traditional BnB c.S, f.S, 5H, Snail.


If you land One Vision off Snail, or any move that puts them in the air, do j.K, j.D, Axl Bomber. Then do the above combos.

Hope you enjoy the post for GUILTY GEAR -STRIVE- The Celestial Guide to Axl Low – Overview & Strategy, If you think we should update the post or something is wrong please let us know via comment and we will fix it how fast as possible! Thank you and have a great day!