As you may know, the Cayo Perico heist is now one of the best ways to make money in GTA Online. Due to that, I’ve been playing GTA quite a lot now and that made me want to perfect the way I play Cayo Perico, so that I can finish it quickly and easily.

Things you MUST know

1. Most of the people think you have to sneak your way through the compound, but you don’t actually have to. You can run safely, since the only things the enemies hear are your shots, and nothing more.


2. The weapon butt attack is better than shooting, and you should use it always when possible. It kills in 1 hit, it’s much safer, and in most cases it’s faster than shooting, since you can run to the enemy safely to do it. Be careful tho, if you run too close to the enemy it may fall on the ground and that might make things complicated, since you can miss the shots or you can be near other enemies that will hear the shots.


3. You can destroy the cameras safely, but you can’t destroy all of them, you must keep at least one working, otherwise you’ll sound the alarm.


4. Cameras don’t hear your shots, however they can see dead bodies and they will sound the alarm once they spot the body.


5. The Juggernaut can be killed, and that doesn’t sound the alarm. However, it’s not advised to kill him since it’s pretty hard to, known he can turn around and kill you in a second. You can kill him pretty safely if you’re close to him and you headshot him many times with the automatic shotgun tho.


6. When you get out of the Kosatka, you’re forced into first person, and that makes you swim slower. You can avoid that by using the camera lock setting before starting the heist.


7. At the end of this guide, there will be a video I made along with the guide that may be good using as reference.

Before we begin, I will show you the finale board I always use, these items seem to make the heist much quicker, mainly the Kosatka and the Drainage Tunnel, since the Kosatka leaves you pretty close to the grate and also gives you a Scuba gear, making the escape faster. 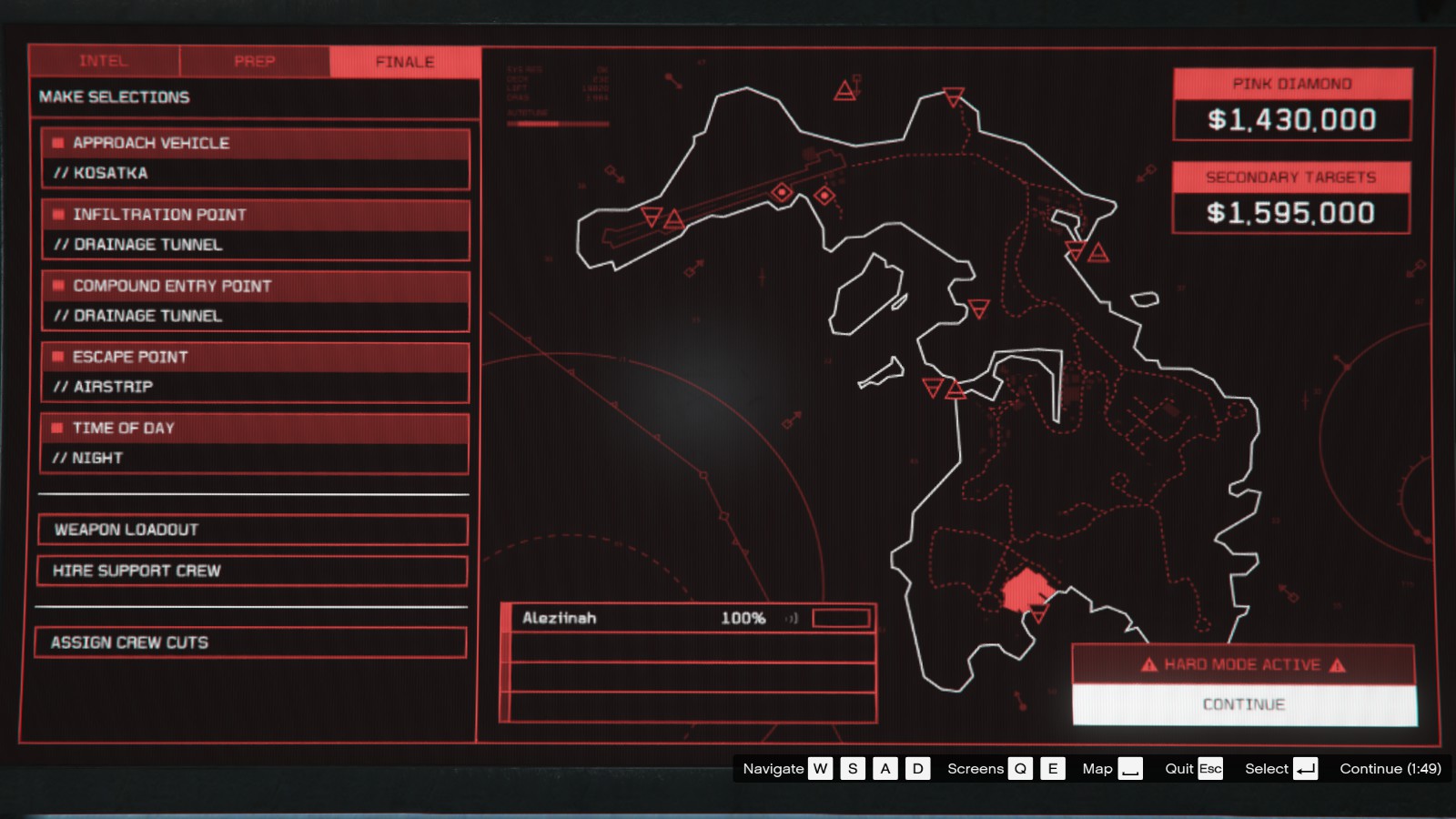 The arsenal you’re using doesn’t really make a difference, just make sure you have an automatic weapon in case you miss the headshot and, of course, the supressors. I personally use the machine pistol (Tec-9) and the automatic shotgun, since both are automatic and having a pistol as the automatic weapon makes you move faster.

This is an annoying part for me, and there isn’t much to it, you just have to find yourself a good sensibility and aim properly. This area is pretty badly optimized and it may lower your fps, making the process slower, so I recommend lowering your graphics if you want to get through the grate faster.

There is one thing not everyone may know tho, and it is the fact that you can aim between two pipes from the same corner to cut both at the same time, like this.

After the grate is open, you just have to swim upwards and interact with the hatch. Swimming too fast may make you get too far and have to swim around and around to get back there, and one thing you can do to prevent that is to hold the button for the direction you want to go to, and press the attack button to punch to the direction you want to go.

Inside the Compound: Getting to the Office

So, first of all you’re gonna have to know the enemy positions. It’s not really that complex since most of the enemies just stand still, plus you can see them from your minimap. However, since it seems that the enemies disappear from the map after you go up the stairs, I took a screenshot of the map and highlighted the starting area. 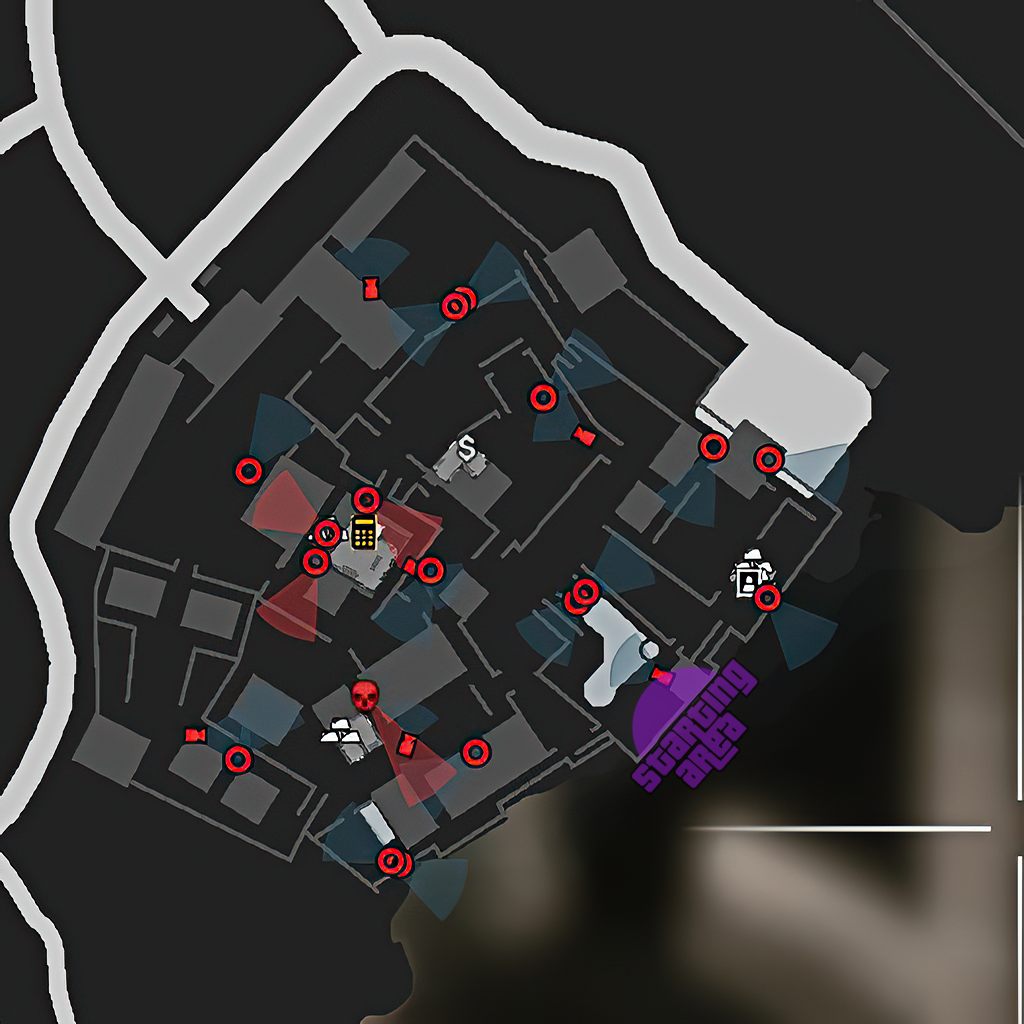 There are many paths you can take to get to the office, but there are 2 that I find the easiest and quickest ones, and here they are. 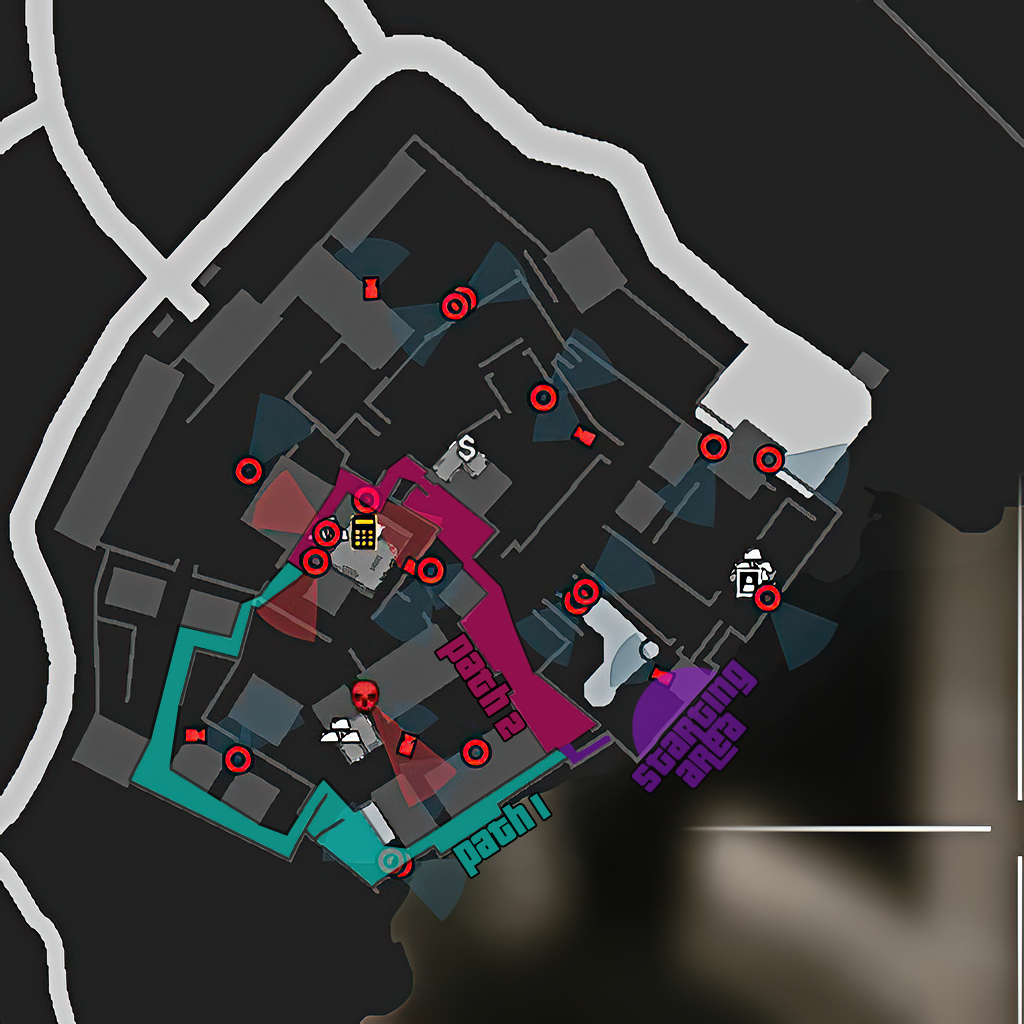 The first path is a little longer, but it’s safer. The second path is very short, but it’s not that safe since if you take too long the Juggernaut will walk throught it. It’s up to you which one to take.

Regarding the enemies, try to kill only the ones that are in your way so that you lose less time.

Well, the fingerprint scanner puzzle is pretty easy to figure out, and I don’t really know how to explain it to people who haven’t figured it out, so what I’d recommend is either training at your Arcade, or repeating the puzzle many times by restarting from the checkpoint.

You can also check some tutorial out, like this one: 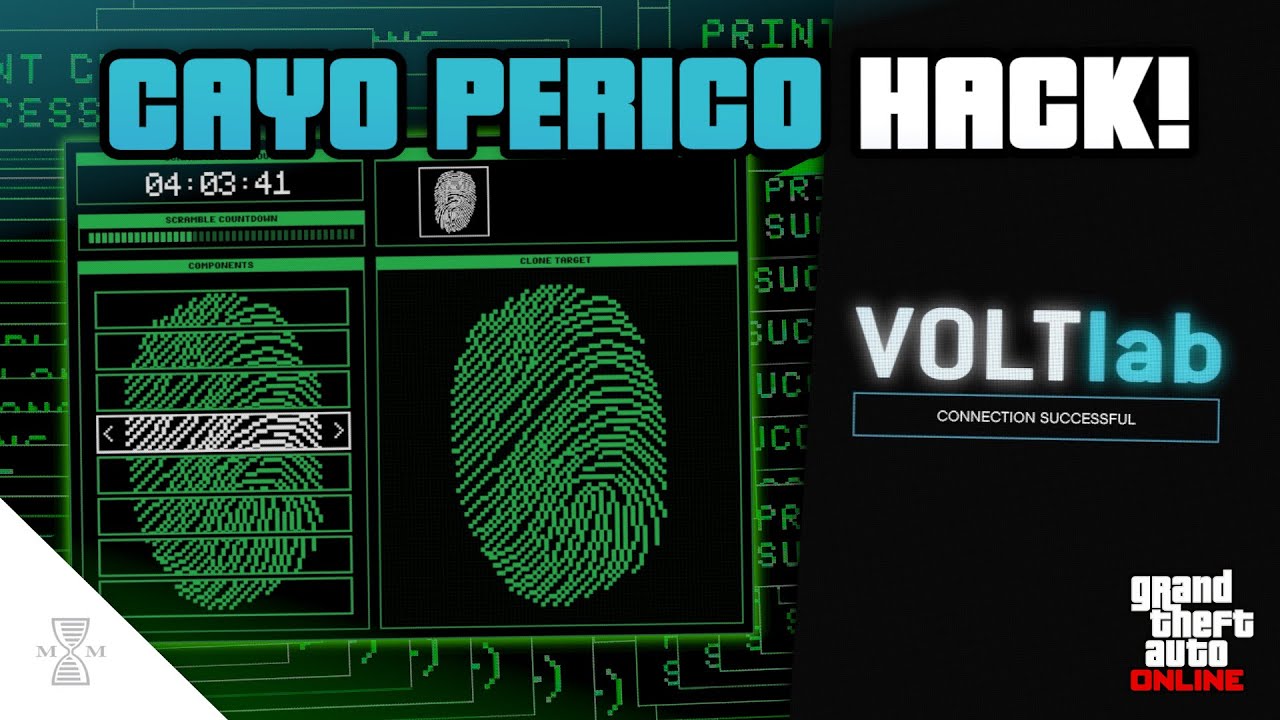 The Thermal Saw seems to have a little trick where if you start spamming the saw button instead of just waiting for it to cool down, it still cools down even if slower, and that helps sawing faster. Other than that, it’s pretty straight forward, just hold the button until it almost overheats, then start spamming the button, repeat.

Well, the usual method to escape Cayo Perico is going straight to the left and swimming away, however I found a path that seems to be quicker.

The optimal thing to do is to get the bike there, but there’s no problem if you need to walk. 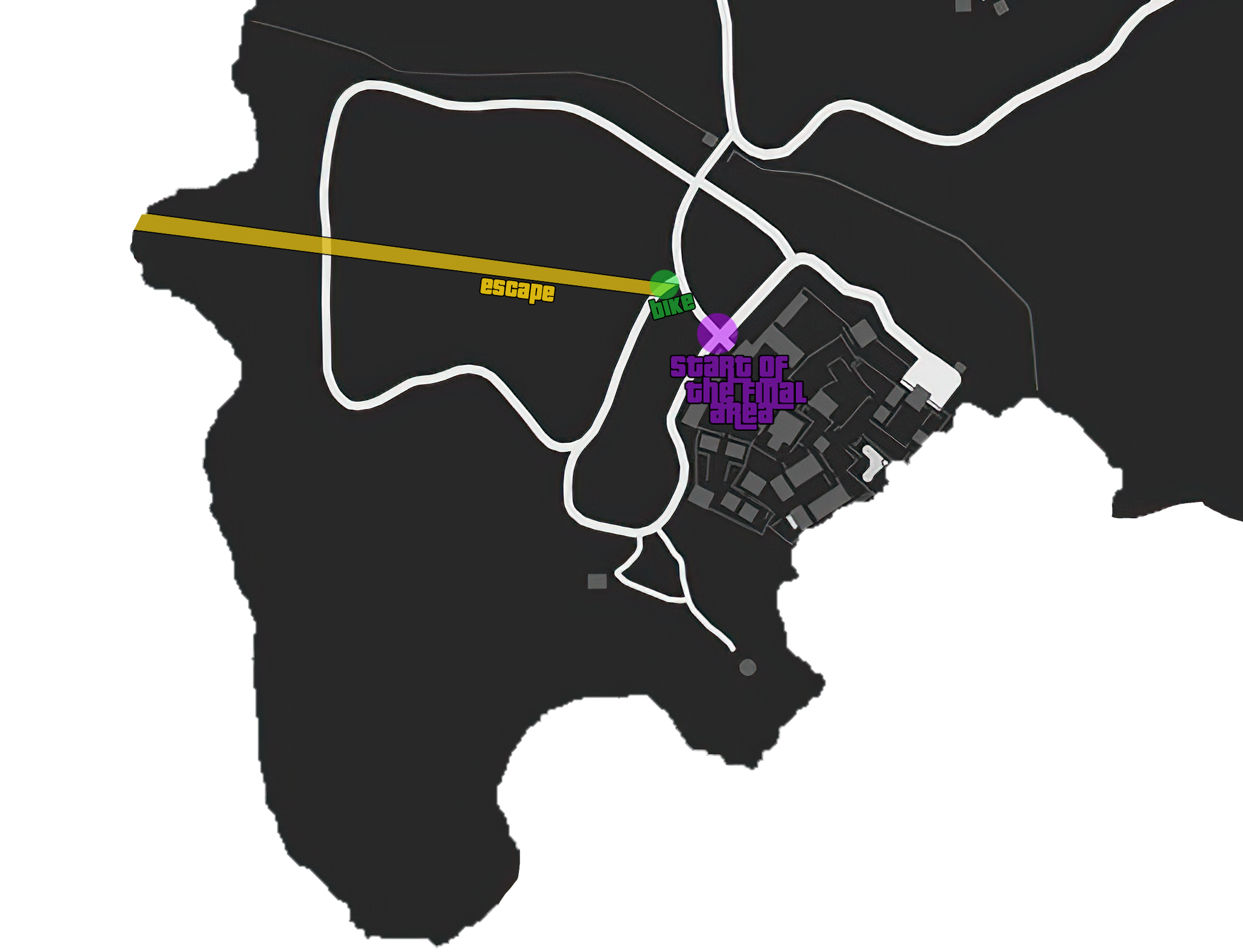 And this is where you should end up. 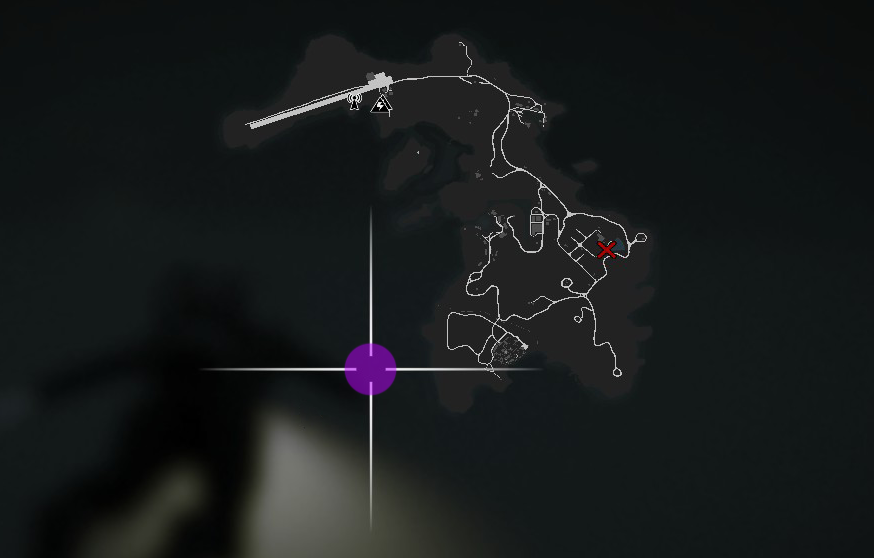 That was pretty much it, I hope it helps you guys.


By the way, this is the video I made along with the guide, demonstrating everything I stated here and how it should go. 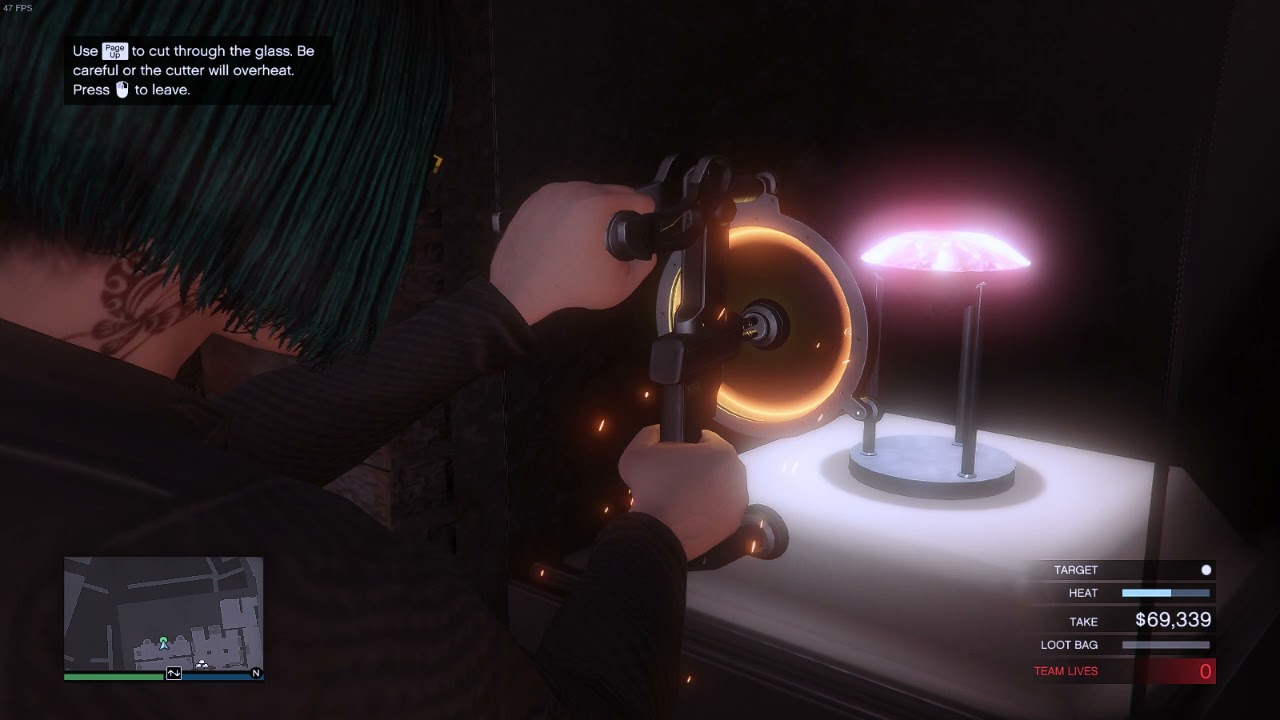 This is all for Grand Theft Auto V Cayo Perico Stealth Guide hope you enjoy the post. If you believe we forget or we should update the post please let us know via comment, we will try our best to fix how fast is possible! Have a great day!