A starting guide for anyone who is new to the game, or who would like to receive some direction regarding how to conduct the missions and modes currently present in the early access at higher difficulty levels.

This is a general guide for Diplomacy is Not an Option, based on current Early Access release. (February 9th).


The full guide (Currently in making) will be split in three different entities. This part is the hand-holdy “grasp the basics” kind; it will show how to deal with the start of the game up to first wave, and then leave the reader off with several strong points to keep in mind while playing.


Next guide will be the Comprehensive Guide, containing information on game concepts, various techniques of dealing with in-game problems, and general thoughts on units and buildings present in the game.

The other one will be Specialist Guide, solemnly created to deal with third available mission in the game, “Children of The Revolution”, on Ultra-Hardcore mode.


This guide was prepared for playing on highest difficulty level currently available, Ultra-Hardcore, which means it should be applicable to lower difficulty levels as well.


First, I’ll make a simple bullet-point list for easy early-game tracking (the “What”). This will be further divided in two sections, order of which will depend on the time available to the player before next wave.

Afterwards we will move to more vague points that should be kept in mind while playing but which order and importance are dependant on current situation (The “How”).

The “What” – Starting Point

The “What” – Defence Effort

If Wave I already is on timer: 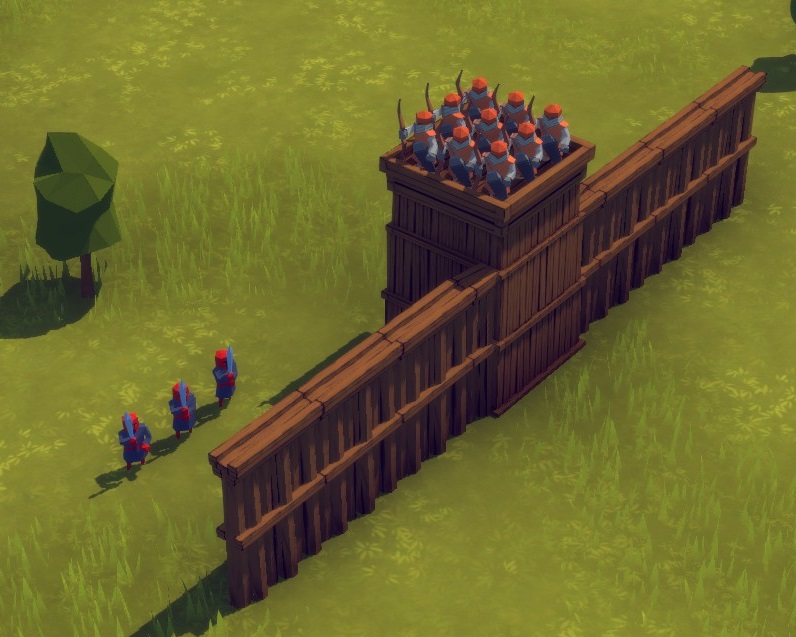 The “What” – Economy Effort

All said and done, the current state of the game should look something akin to this. 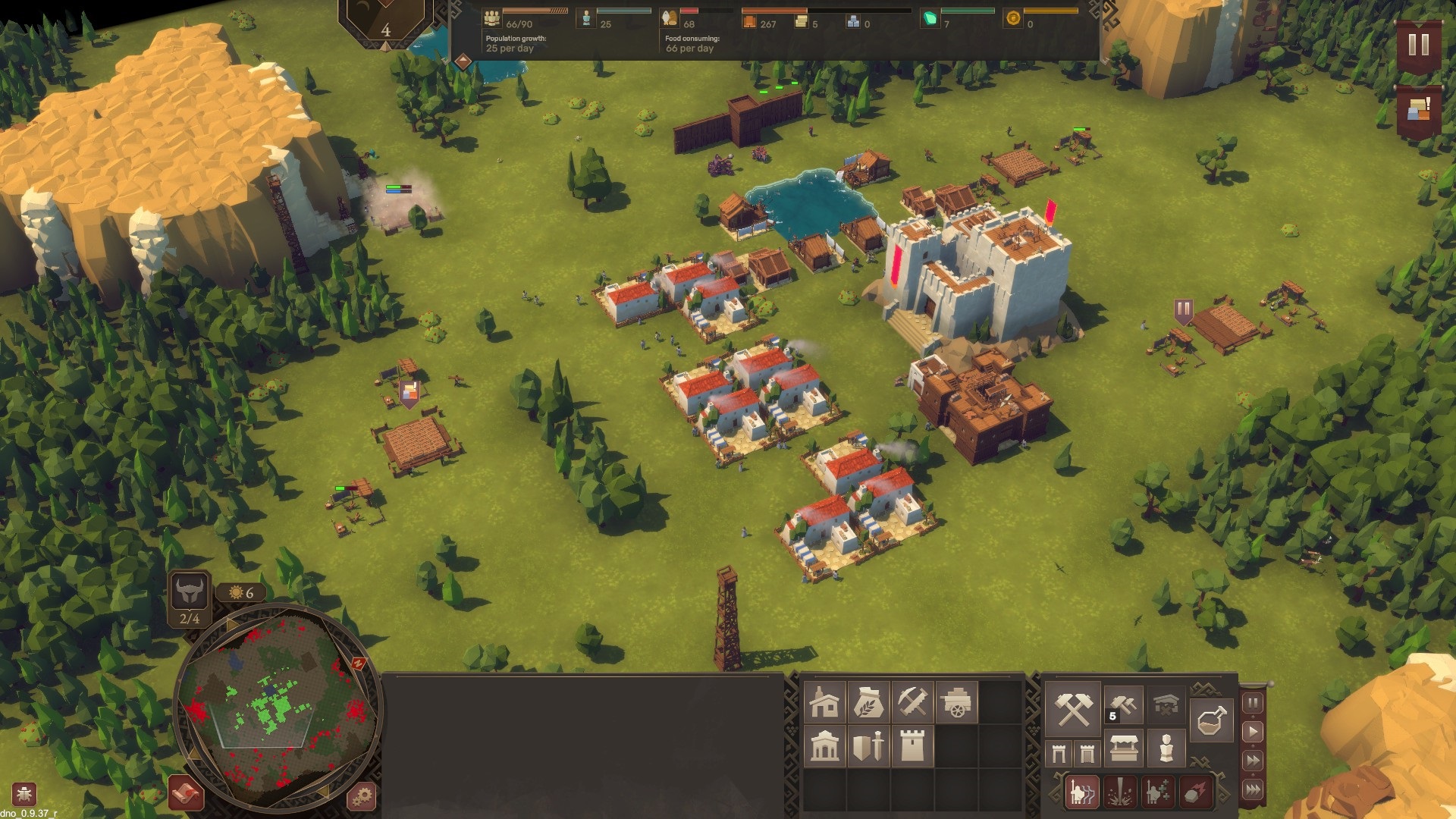 The “How” – Starting Point

At this point we have survived the first wave and have a relatively strong economy base, finishing around day 4 or 5 depending on difficulty setting. Time to cover more broad points.


This section will be a bit more loose in the structure. Some of those points will require earlier points to be finished, some are long-term goals with several buildings to take care of and some are vague enough to never have a proper completion state or that apply to whole run. Still, I find those points to be the most important for finishing currently available maps; most of those can be used for Endless mode as well.

Here I’ll leave bunch of screenshots, in case anyone would like a visual representation for entire first mission. ~

State right after the first wave. Stone Mines are building on the left; a bit of free time to consider next move. 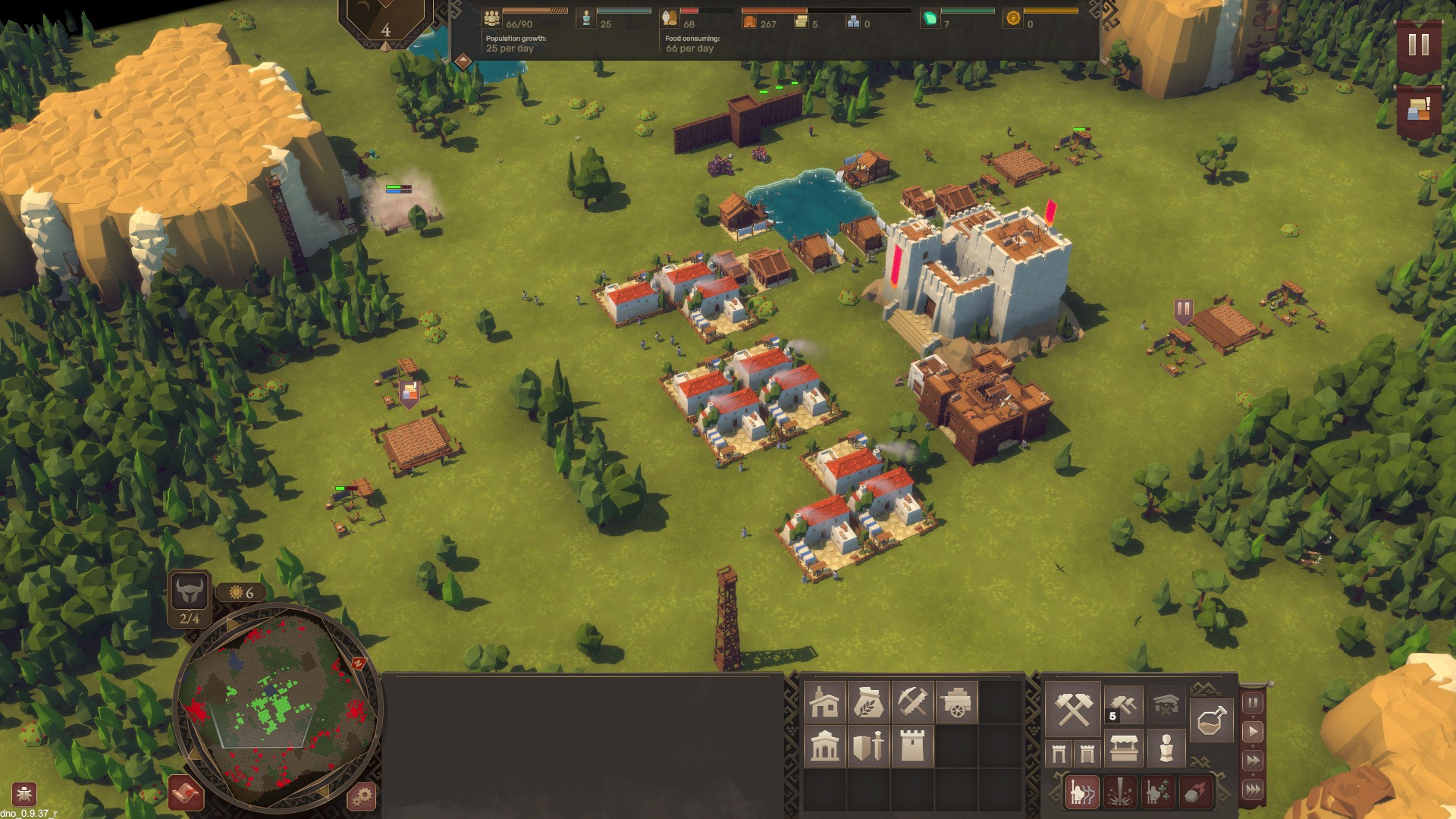 Awaiting stone production, few more houses were raised and few enemy caps (On South side) were dealt with. On day five, Tier II upgrade for the Townhall commenced – right after raising a wall on North-East side. 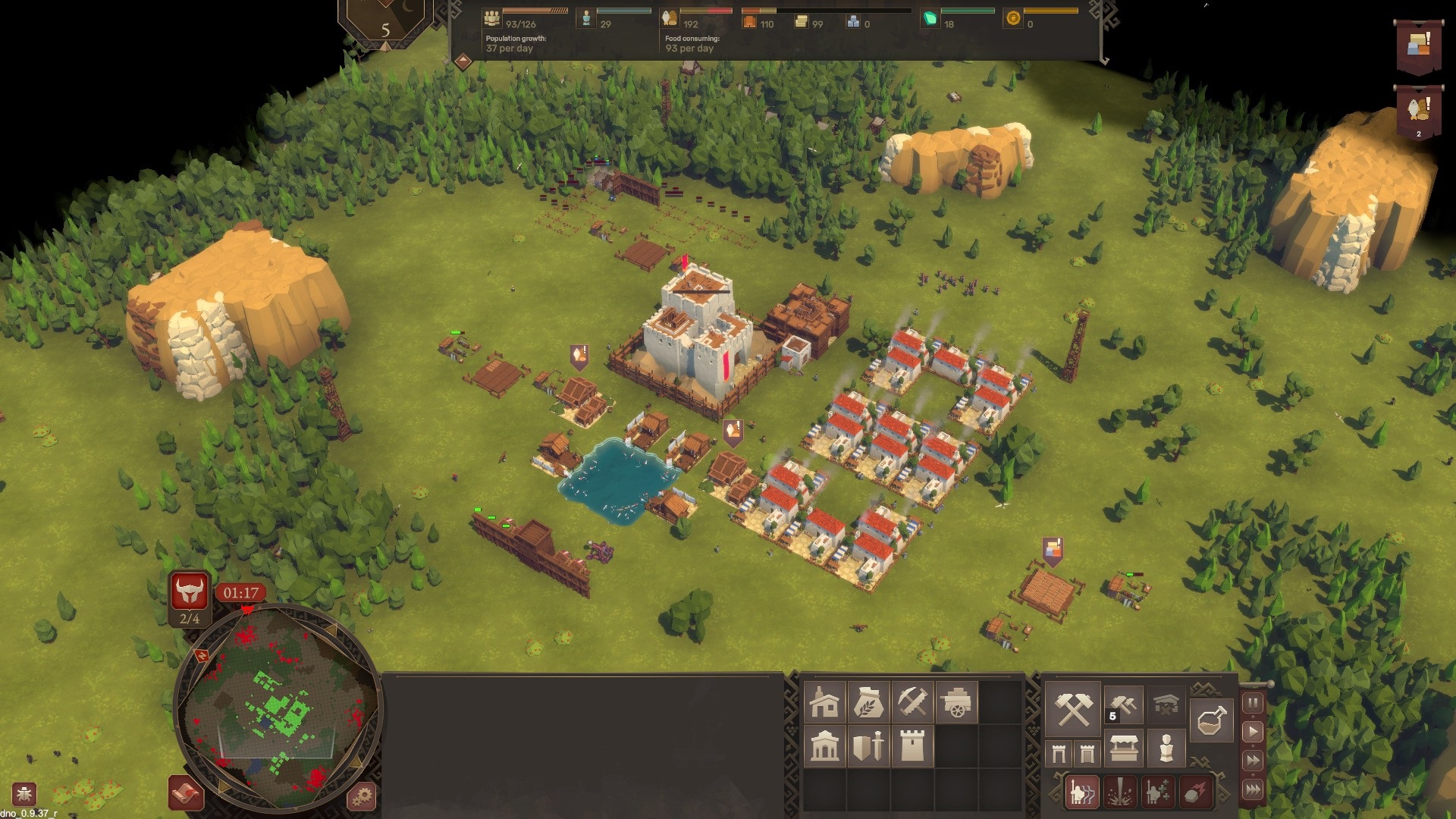 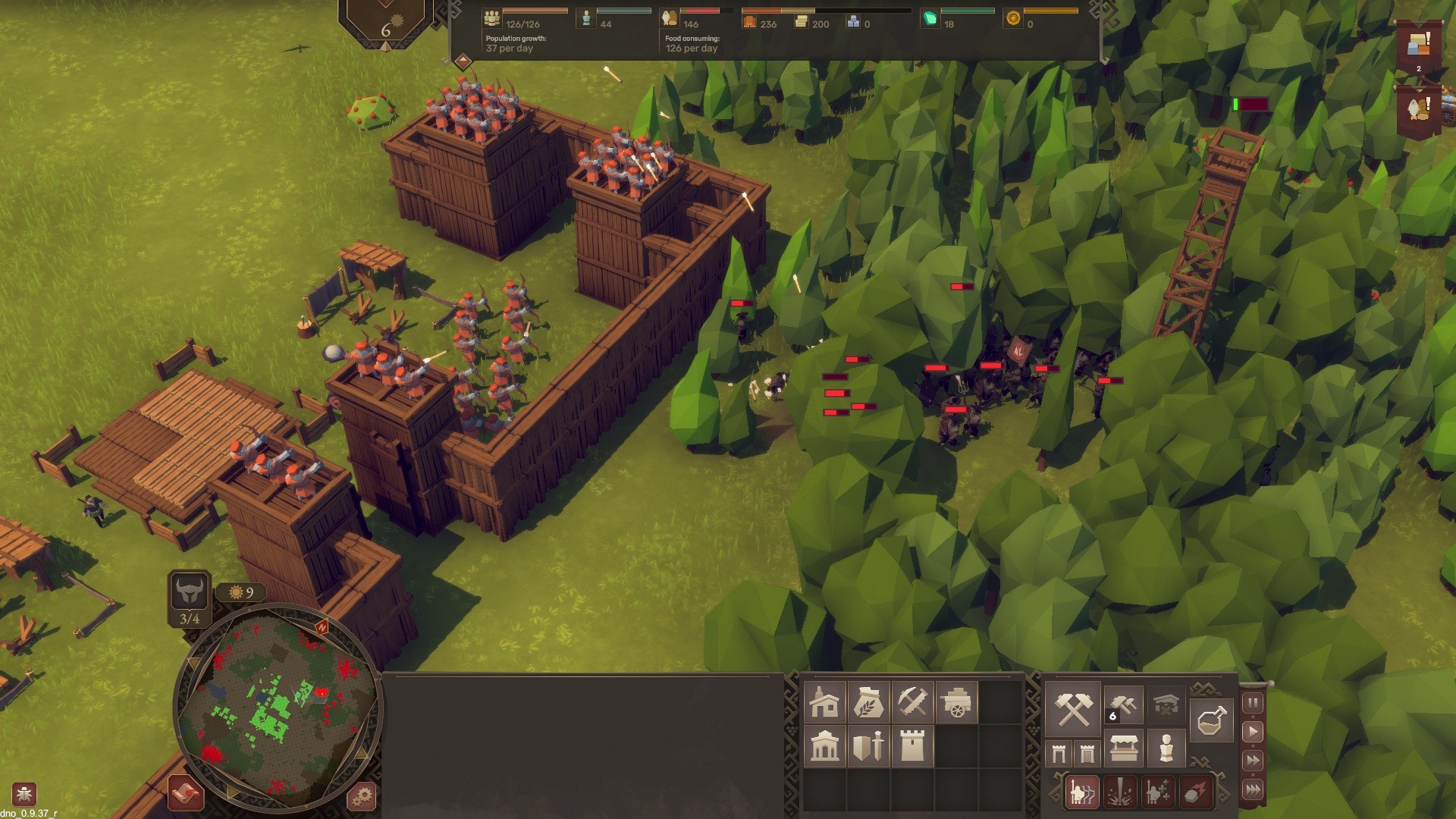 Right after the battle, Townhall upgrade was done. Farms were next in line, as the growing population demanded bigger food production. Topped it with better Lumbermills – visible on left. 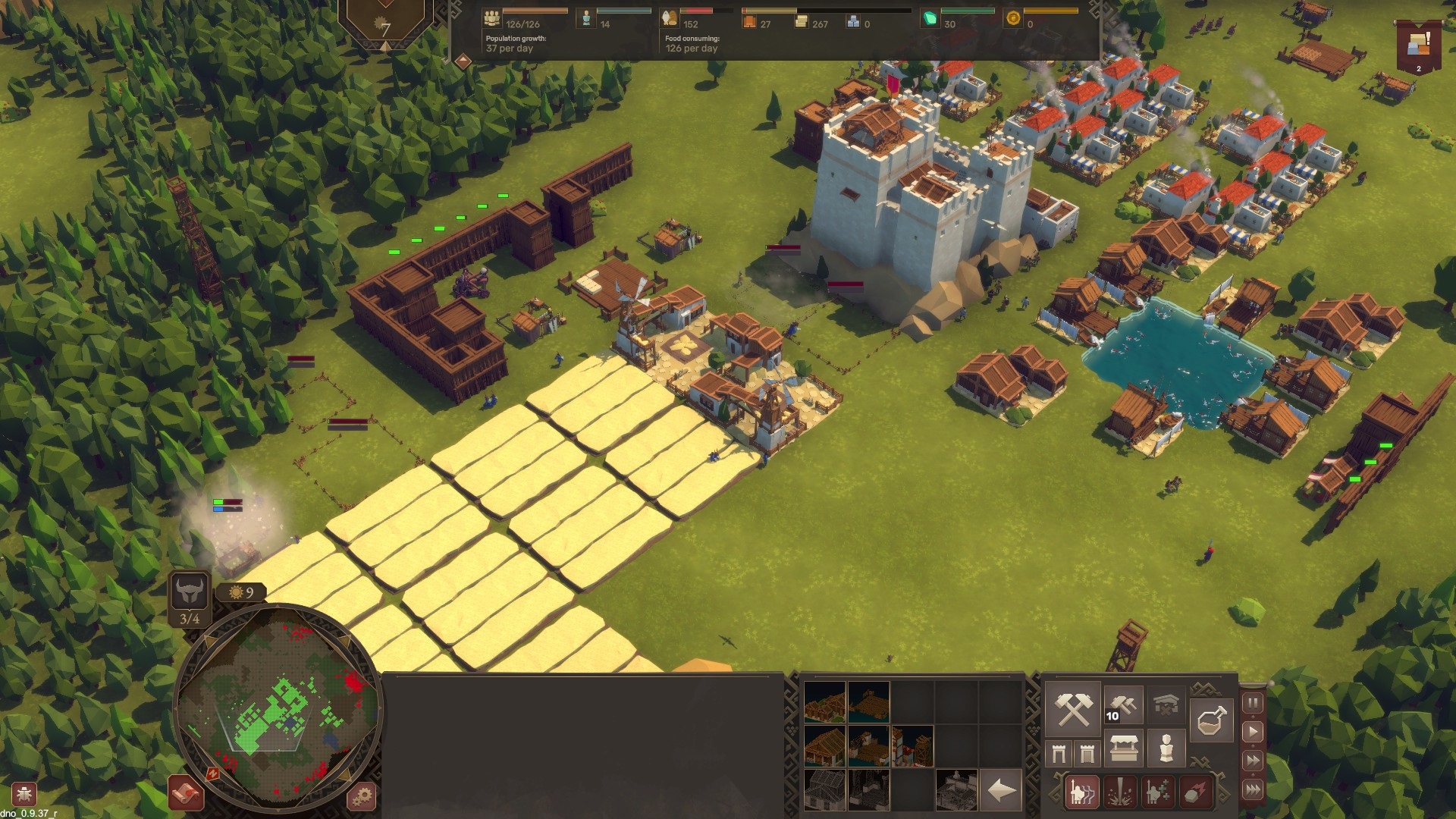 Finally, it was time to start the iron production; felt a bit lagging behind on the timing, but then again, this specific mission has shorter preparation time between Waves. 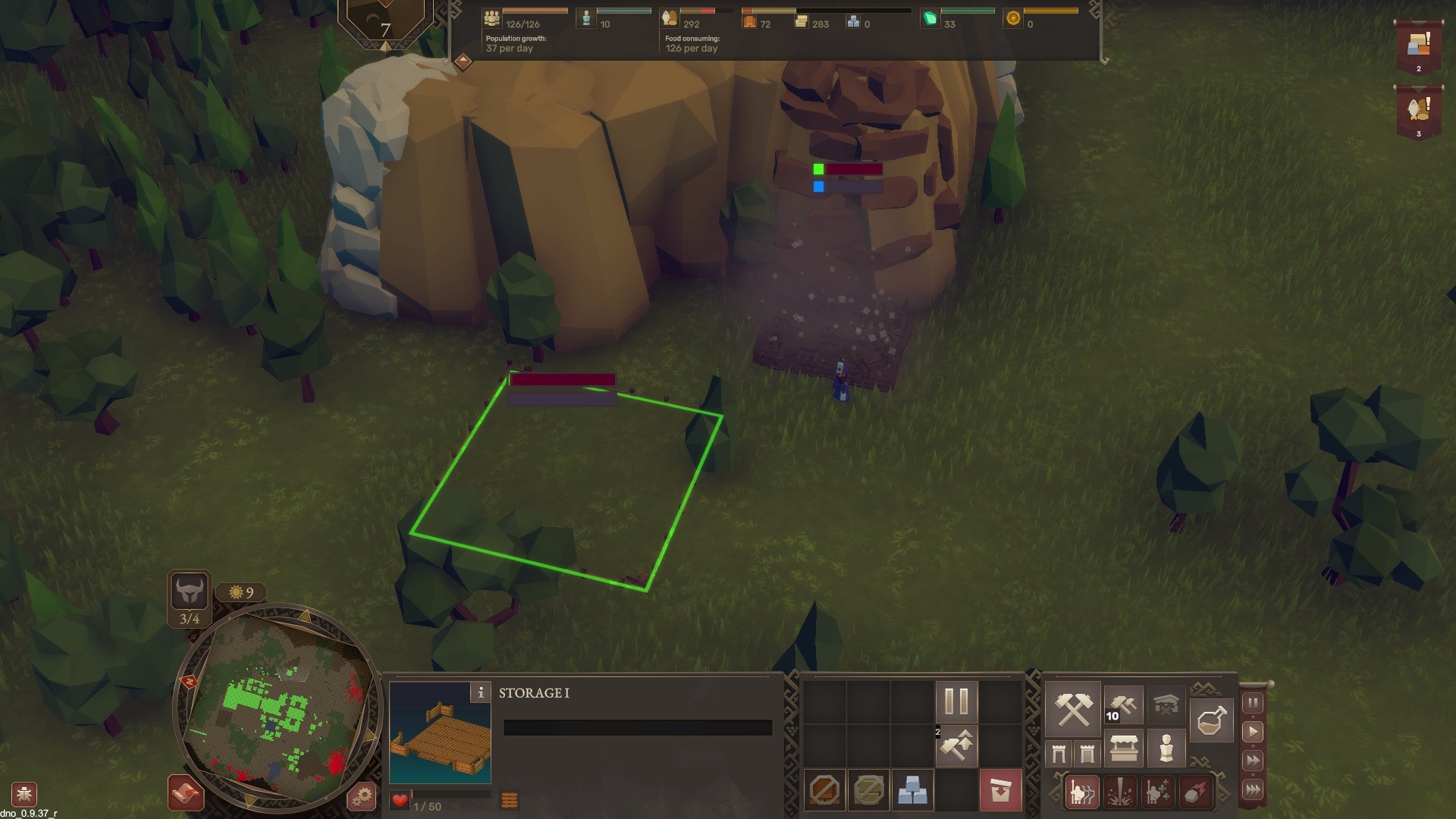 Turns out the next Wave would come from the direction of Iron Mine. A bit unfortunate, but wood stores were big enough to raise proper defences – after setting up Builder’s House behind the mountain, that is. 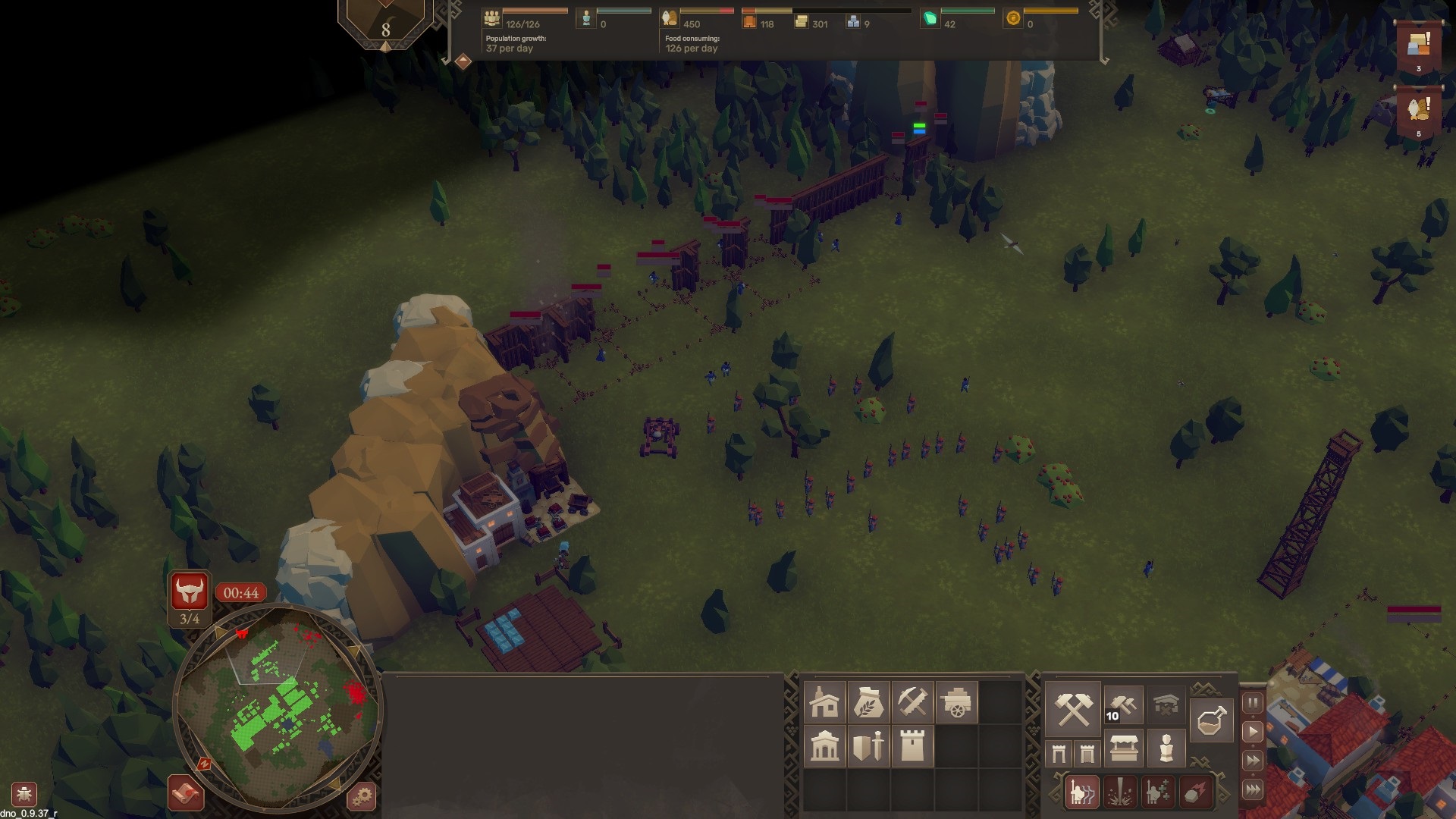 The wave was easily dealt with. Sadly, no Crossbowmen were present – All workers were delegated to resource gathering at that particular moment. 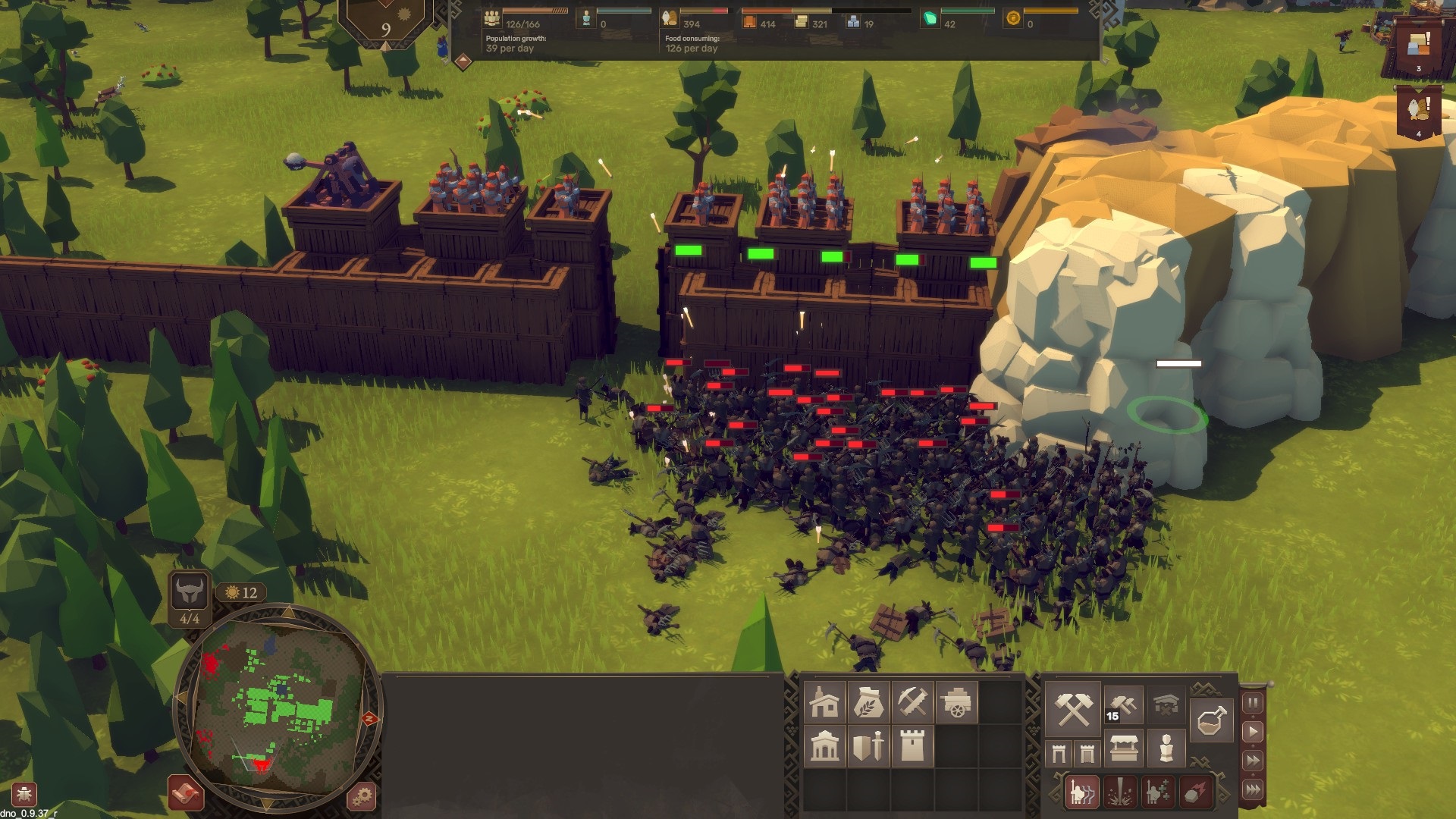 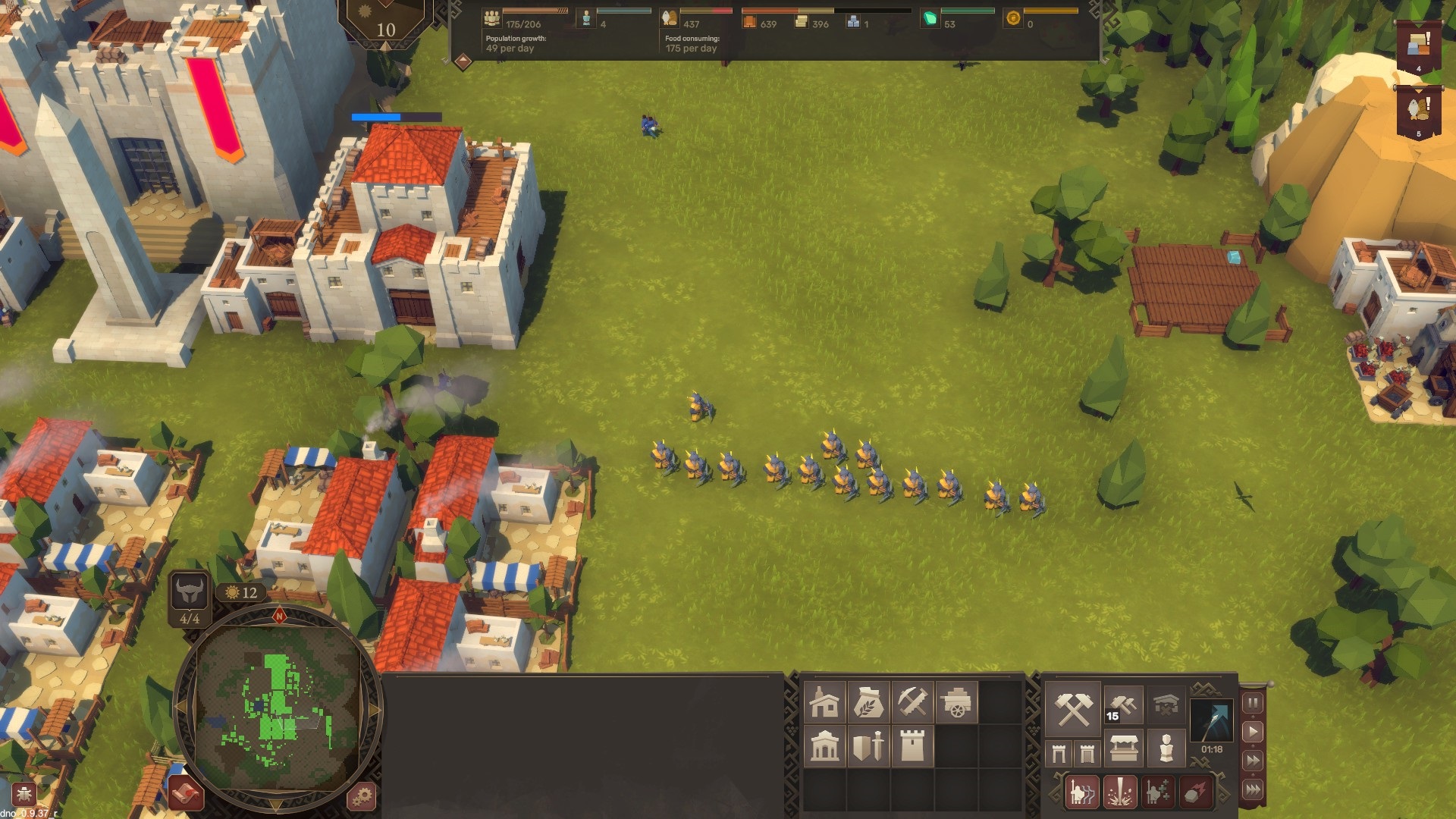 A good view over whole city in the last moments before Final Attack. All camps are gone by now; several Builders’ Houses were raised in past day to bolster the defense workforce. 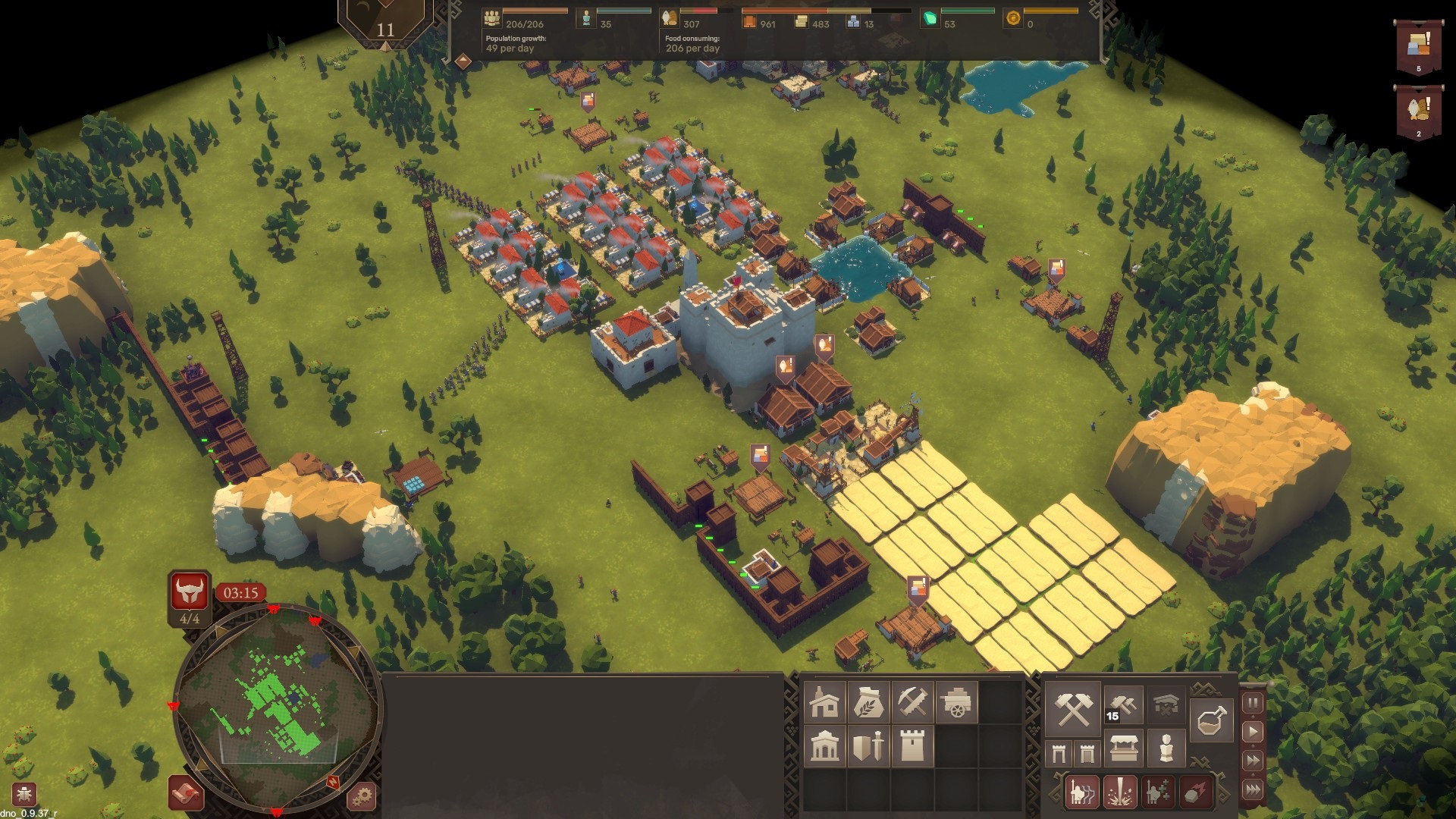 Time to spend all available resources on walls. Massive Towers, Stone Towers, Stone Walls – extensions further away from the attack points are made with wood. Those won’t see much action anyway, but extra security won’t hurt. 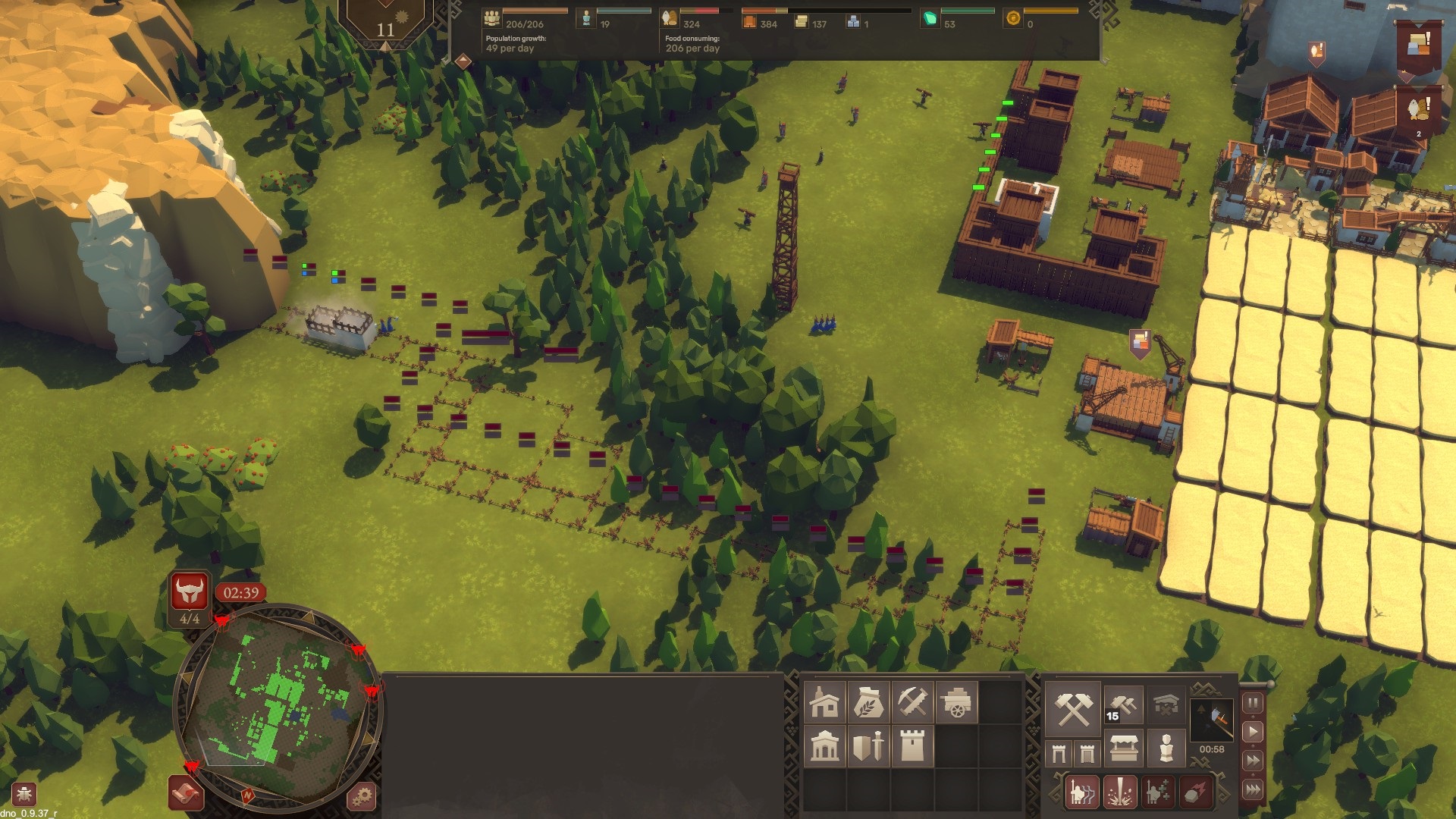 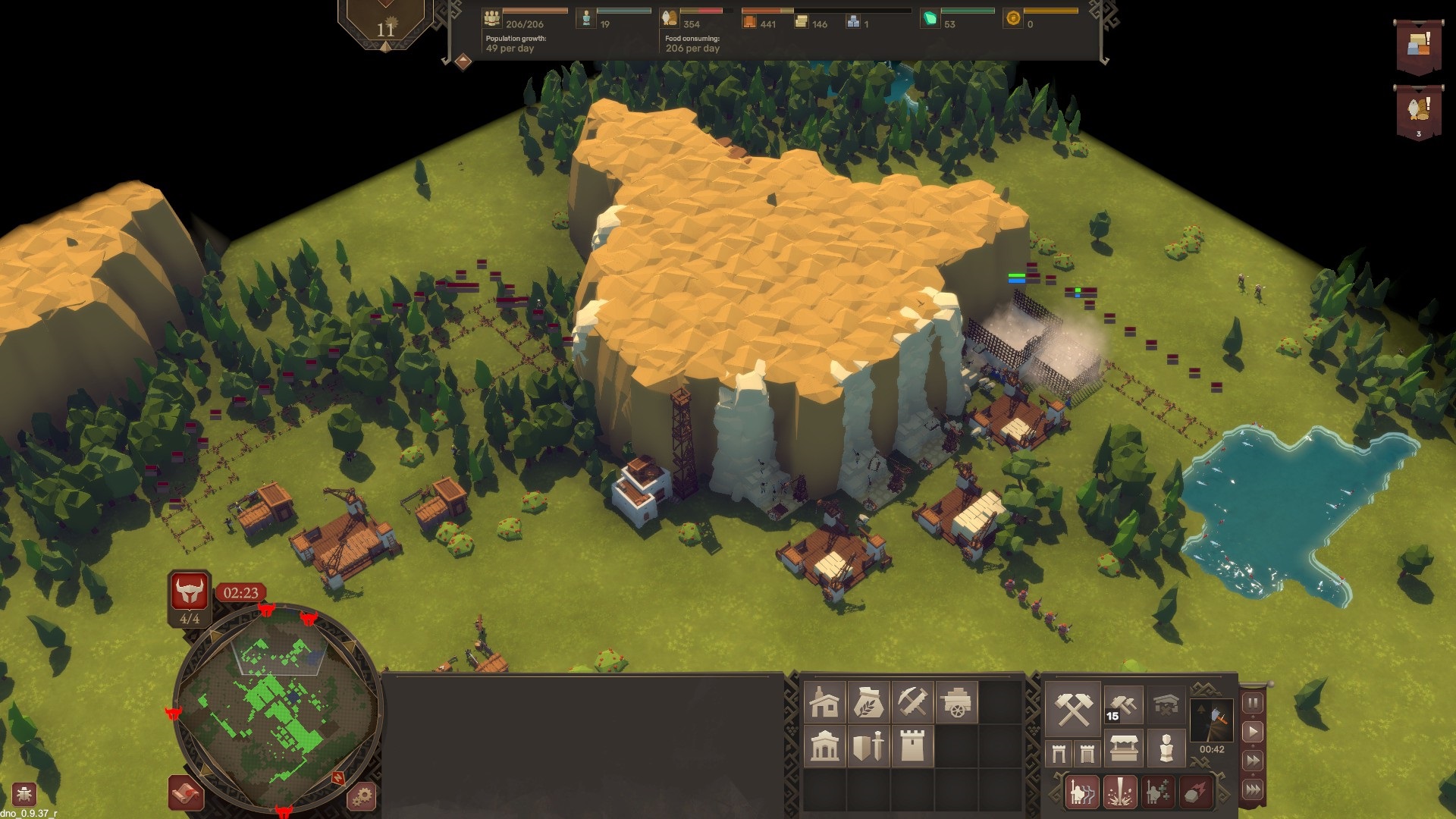 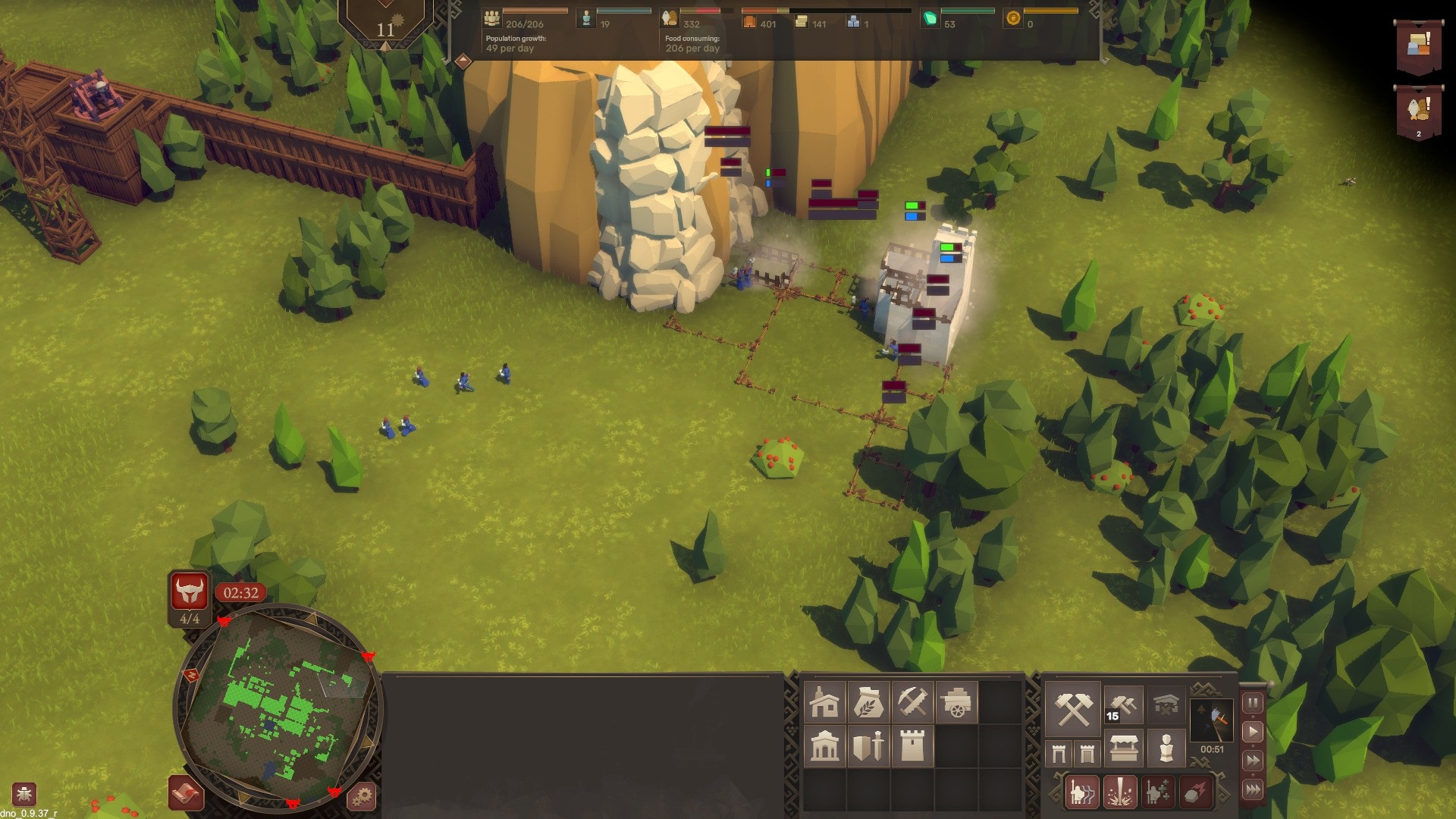 Defending on few sides is always hard; However, this mission is rather lenient with amount of enemies. A proper wall can stop everything. 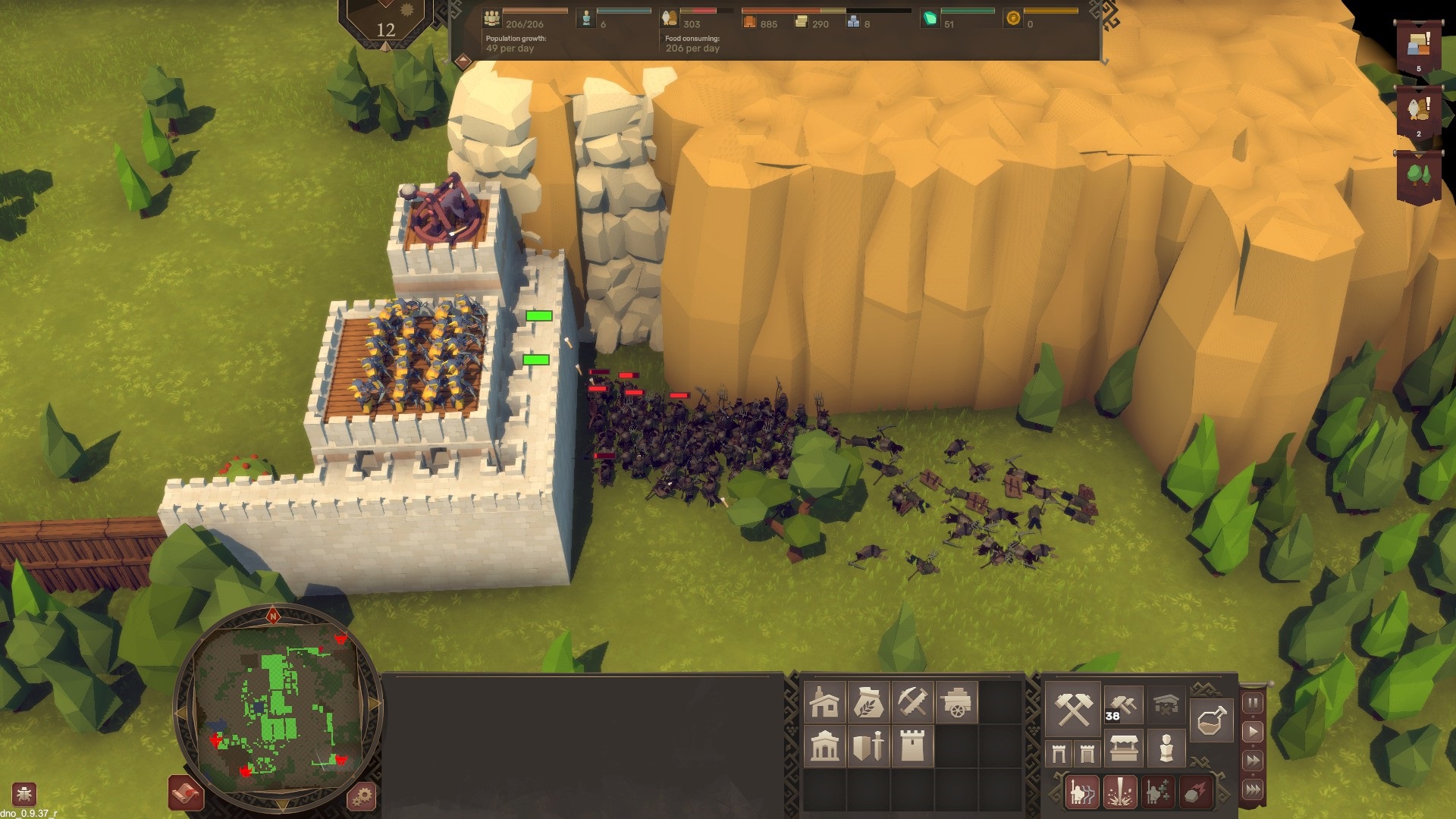 Sadly, one of the sides didn’t have time to raise the towers for crossbows. (And also there weren’t enough crossbows for all sides.) 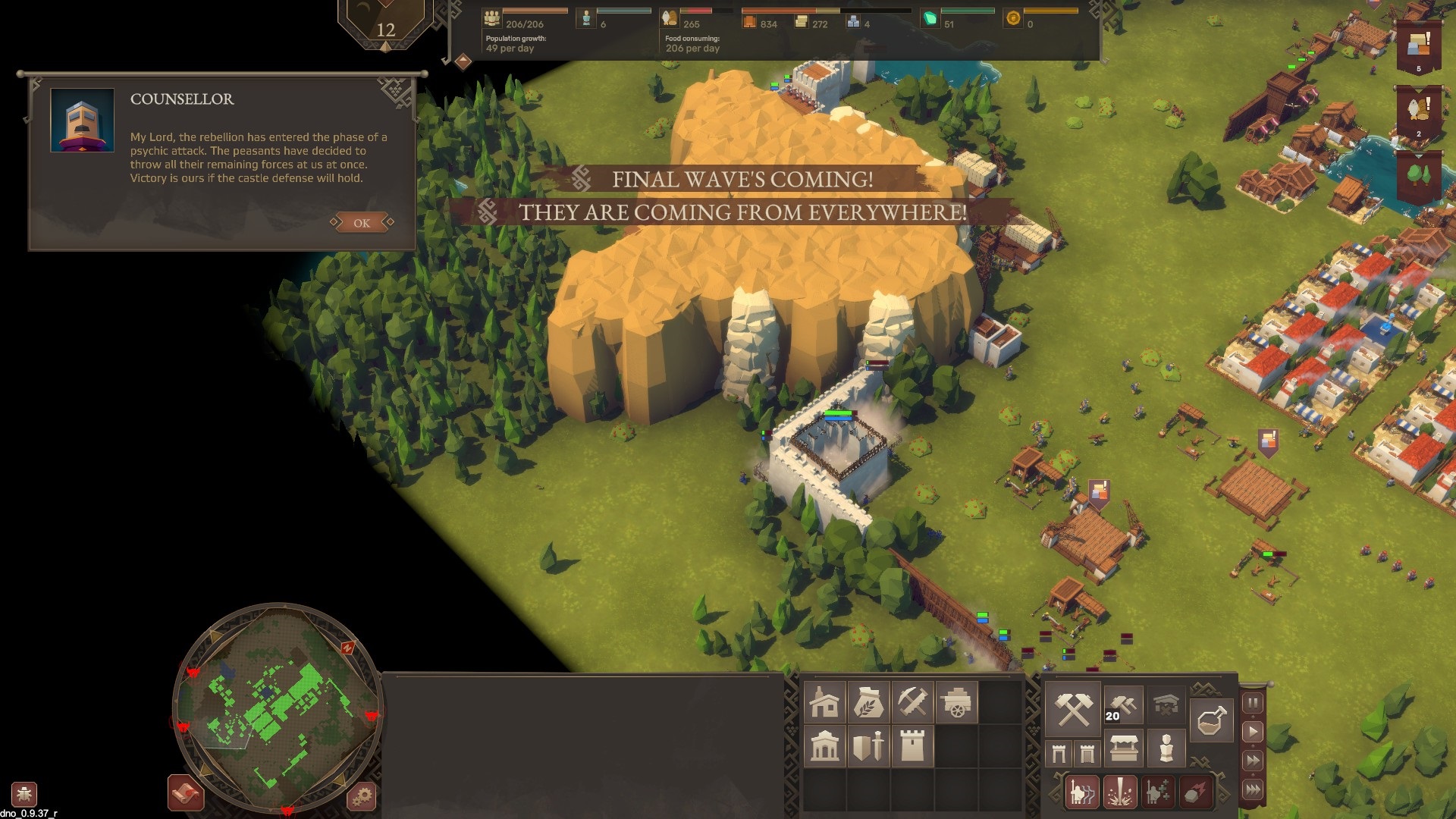 Of course, lack of finished buildings and properly sized army can be supplemented with 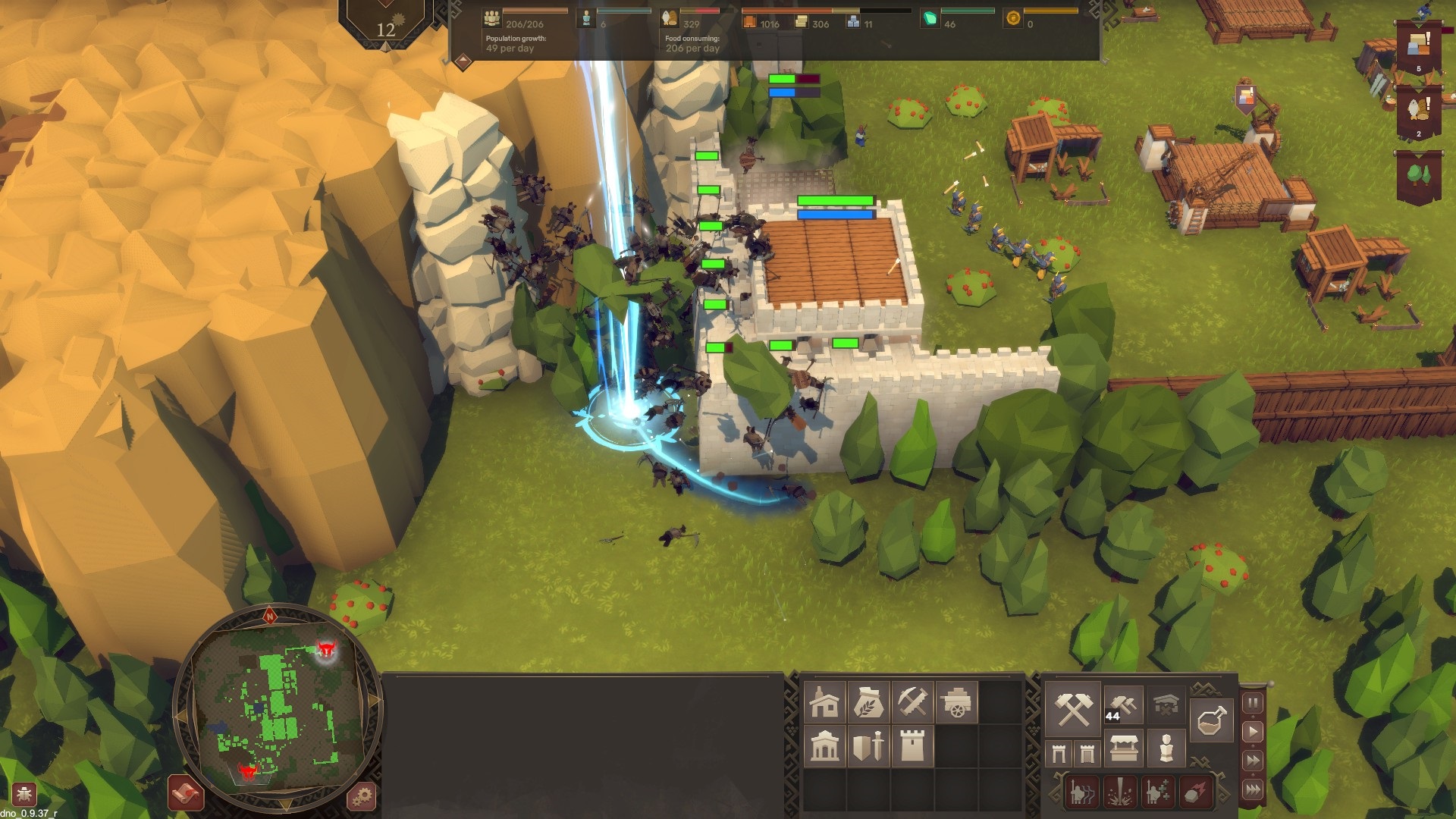 And that’s it for this guide. In upcoming days I’ll post the Comprehensive Guide, where I’ll cover some techniques for dealing with enemies, raising good defences, all that jazz. I’ll also try to include the effect of Research on units and buildings, as well as stats of enemy soldiers.

In short, this will take some time to get all in one place, ah.


Anyhow! I hope this guide was helpful. If you are interested in seeing more from me, I have few VODs on Twitch where I deal with the missions – nothing too interesting, but feel free to check them out if you want to see some Certified Princess Gaming [TM].

Thanks for your time!

Now go, defend the castles and don’t you dare disappoint me!

Here we come to an end for Diplomacy is Not an Option Basic Building + Gameplay Tips for Beginners hope you enjoy it. If you think we forget something to include or we should make an update to the post let us know via comment, and we will fix it asap! Thanks and have a great day!