The first complete guide to all POSTAL 4 Achievements, if you have any feedback let me know in the comments

“Reunite with an old enemy, again”

There’s not much to say about these, you’ll get them just by progressing in the game.

-Passion of the Christ 2: Crucify This

“Completed the story with no kills”

Finish the game without killing anyone.

-Non lethal weapons (the taser, non lethal way to use the rattler, etc) are extremly useful

-You can place the milk you get on Tuesday to skip the final boss, place it on the table before starting the cutscene.

Pretty self-explanatory, you might be able to load a save from before the end of a pacifist playthrough and kick some people to get it.

These are only obtainable during certain errands, keep an eye out for them.

“Hit all barrels with an immigrant during the Border Smuggler errand”

On Tuesday, throw an immigrant at every single barrel. Two are accessible from the very start, and a big pack of barrels gets pulled into view near the end

On Tuesday, after one of the errands turns you into a cat find and kill 10 little chicks. I got this achievement after killing only 5.

-Highscore, what does that mean?

“Beat all highscores of the Scooter Challenge”

Not strictly errand related, but I don’t think this appears after Tuesday. On Tuesday you’ll get a race side quest. Finish the race faster than the #1 leaderboard position 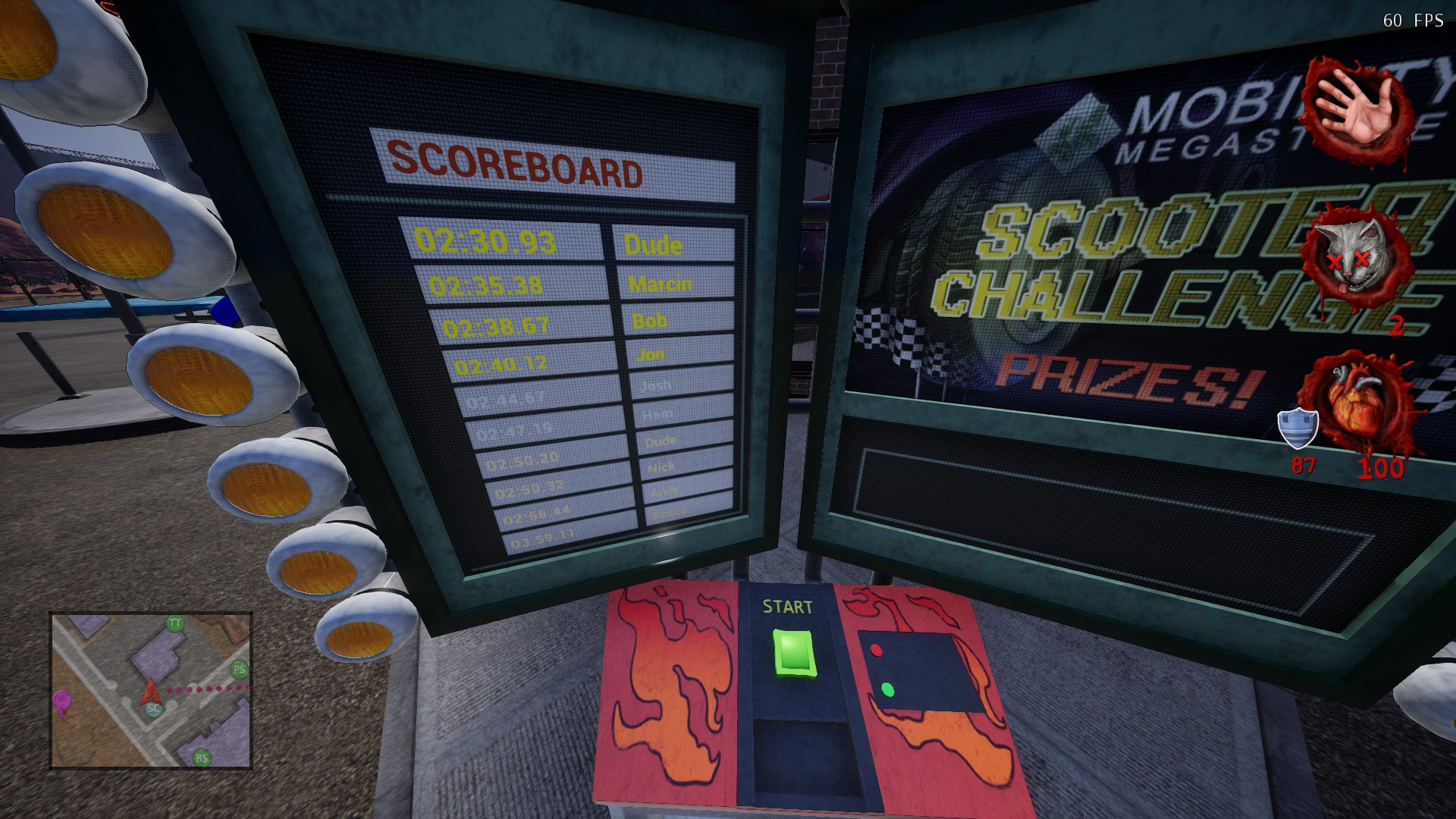 “Get all 10 petition signatures using the drag outfit.”

On Wednesday, get a FOURnicator and some ammo (you can buy these from the vending machines), then during the Mexicleaner errand kill 4 fast-food workers. I got the achievement by using a single barrel for all of the fast food workers.

“Install all bidets for Mike without killing anyone”

Pretty self-explanatory, I recommend doing this while going for a pacifist run

“Kill all of the mountain men on Thursday”

On Thrusday you’ll start in a spooky forest with a bunch of mountain men. Before going back to the main part of town kill all the mountain men. I recommend shooting loudly after getting your weapons back as this gets the mountain men to come to you. The achievement pops after leaving the forest and entering the Vince cutscene

On Thursday, kill everyone in the race (the leaderboard on the left will update) and then win the race, maybe you can do it by letting the red scooter win, killing everyone else and finishing right after the red scooter but I didn’t try that

These can be done at any time, for other murder related achievements see the “Errand Related” section

You’ll likely get this by playing the game normally

-We still ain’t got no budget!

The way I did this was to find an area without anyone nearby, then I threw a bunch of pigeon mines and then shot a rocket into the pigeons.

“Dude eye” is the revolver bar. Kill a couple people with the revolver until the red bar is full, reload, and then use the alt fire to kill 7 people in one go.

“Collect all the paintings in the game”

-One of Uwe’s Best

-And remember, respect is everything!

“Reach maximum heat level with the police and survive!”

Get a wanted level (you don’t need me to explain how to get one), and after getting it to the max a police assault. Simply survive it, wait for the wanted meter to run out and the achievement will pop

You might notice that no toilets are turning yellow, that’s because the effect either isn’t in the game or it’s just broken. Just piss in every toilet you see and eventually you’ll get this achievement

-I Wanna Dance With Somebody

Get to the trailer park area near the prison, and crouch under the one with a big fence. 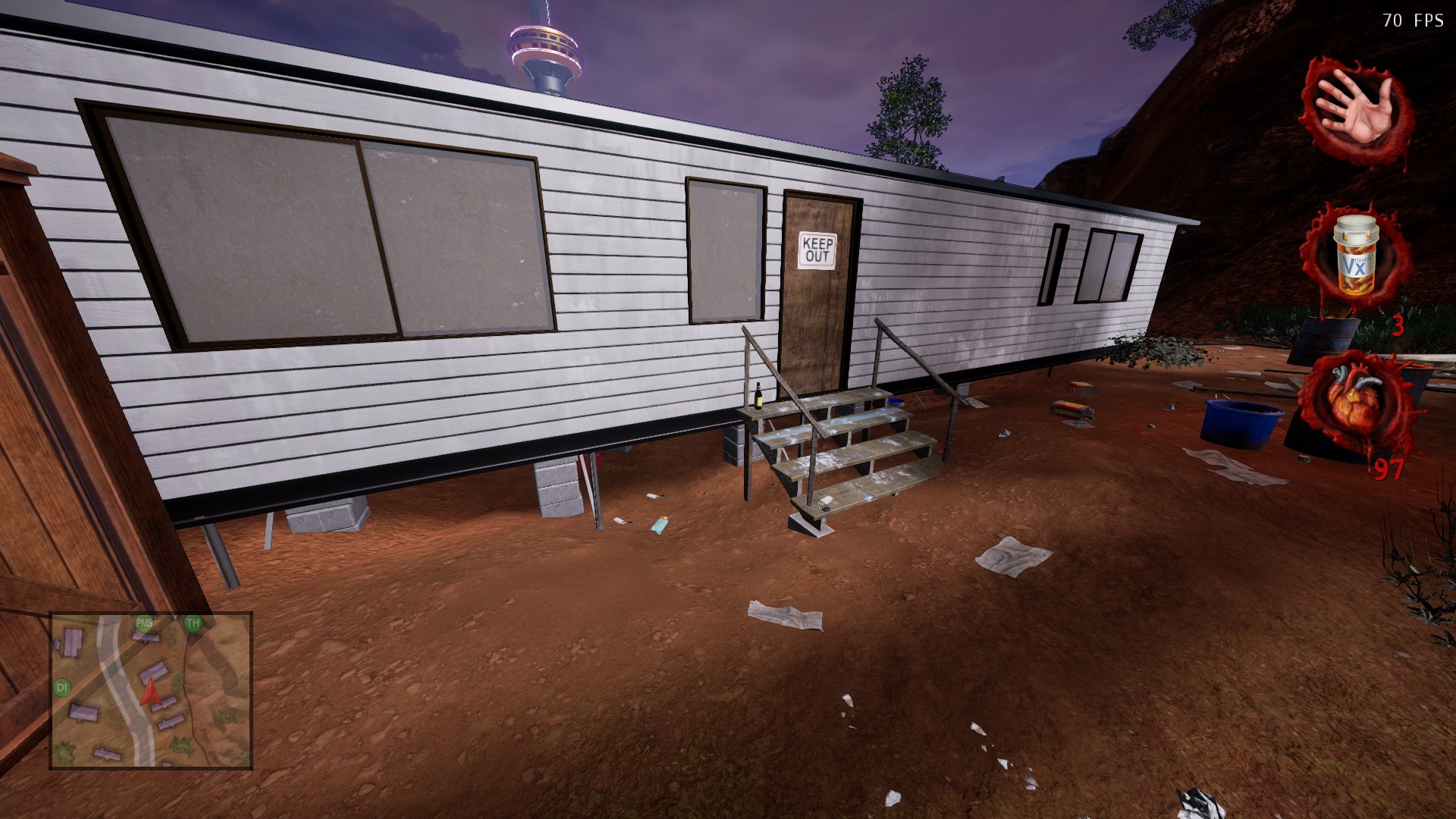 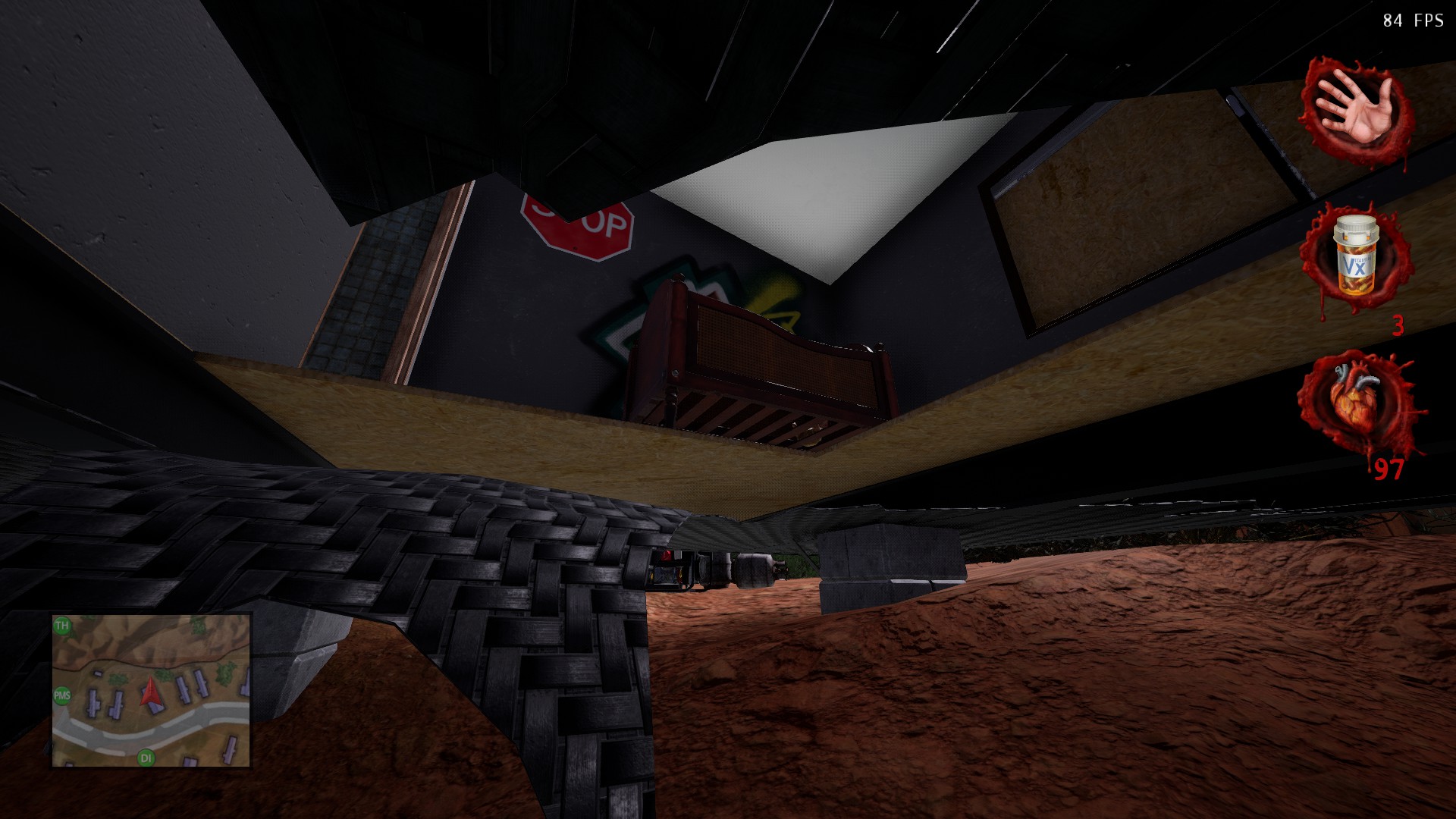 -Don’t forget to wash your hands!

“Flush after taking a piss in a toilet”

For whatever reason not every toilet will work, The more round ones do work though. I did this in the KTDF building

“Finish a mission with all 3 Dudes”

When you start a new game you get to choose a voice actor (Jon St. John, Rick Hunter, Corey Cruise, and in a future update Zack Ward). Simply finish at least one errand with each one of the voice actors (visiting the job agency on Monday counts as finishing an errand)

Thanks for reading my guide! If you have any feedback feel free to let me know!

This is all for POSTAL 4: No Regerts All Achievements Guide hope you enjoy the post. If you believe we forget or we should update the post please let us know via comment, we will try our best to fix how fast is possible! Have a great day!