Simpe guide to get all achivements in the game, locations for hidden items and hidden pictures are already written here – [steamcommunity.com]

Each boss holds you two different trophies: one for defeating it, and a second one for losing against it, in any case, you can get each of them by interacting with both the regular version and the one waiting in the basement of the church. Alternatively, you can save right before talking with the boss, get the first trophy, load the previous save and grab the second.

Both easily obtainable from the alchemist nun in the church: for each enemy defeated, she will give you two regular potions to recover sanity and lewdness, as well as trading you secretions for stat boosting potions, just remember to come back later after beating a bunch of monsters to get the trophy.

These two trophies are the isekai trophy, gained by corrupting every human single npc in each area (elves are not included) and the incel trophy, earned by just leaving them alone during the whole run and blame the monsters for it, you don’t need to do raids for the bosses to get this achivements, additionally, consider the following if you are aiming to get the isekai trophy on your run:

Finally, you do get both the achivements only after entering the final area, just before the final boss.

Before i talk about the three most tedious trophies of the bunch, let’s not forget the Chris Chan achievement, which you get by reaching the final boss without ever being defeated or surrendering to any enemy, which mean you cannot get it in the same save you get the birth achievements.

In a normal run, it is very improbable for a player to get even the 25 birth trophy, no these one you’ll most likely get with grinding, and you wanna do in the demon village, where an aggressive seedbed is standing just above the respawn point. 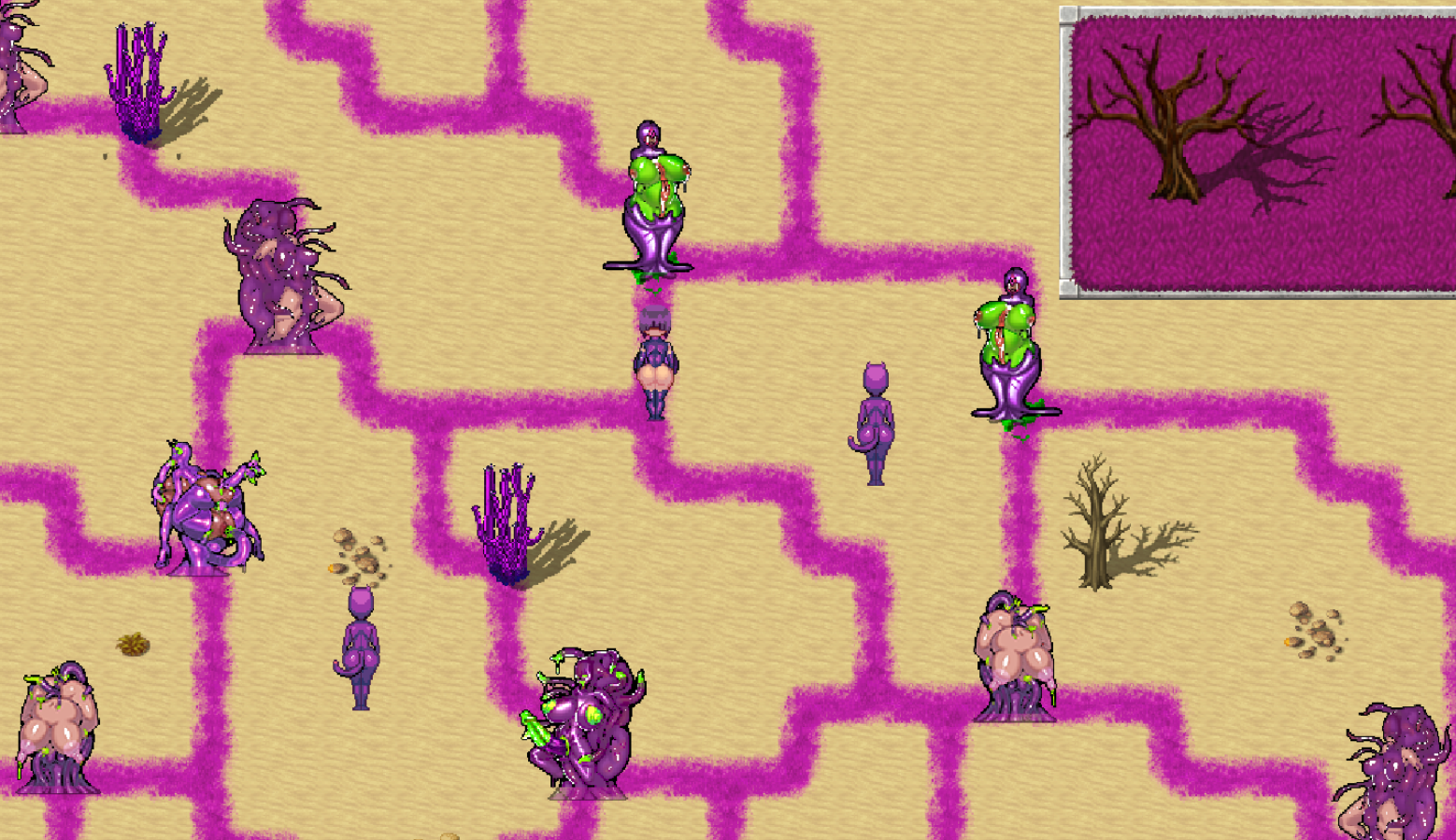 By holding X to skip text, a short defeat scene from the enemies and the use of the quick birth, it shouldn’t take more than an hour to get all three trophies.

There are 3 different endings, each one tied to a different trophy:

Defeat ending: obtained by losing (or surrendering) to the final boss

Good ending: achieved by defeating the final boss with a low corruption value.

“Best” ending: ganted after beating the final boss with an high corruption value.


Managing corruption: this value is displayed on bottom left side of the pause menu, and it increases each time you corrupt someone or give birth, in order to lower it, just rescue maidens by either defeating monsters or breaking seedbeds and then deliver them to the nun sitting behind the large table in the church.

Each area has a hidden map, containing at least a bonus picture each, among other stuff like optional enemies and cutscenes, you don’t need to interact with everything inside each map, just go after the items and you’ll get a trophy each:

Forest: pile of sheets scattered inside the hut, no particular puzzle to enter the hidden map, which is accessible from an hidden path below the farm.

Cave: book spawn from one of the chests, map is accessible from the breeding grounds, but only after killing 3 specific tentacle core pods scattered in 3 different parts of the cave.

Cliff: letter located at the top left of the hidden map, which is accessible by climbing an hidden rope in the area

Jungle: approach the glow below the 3 honeycombs at the very end of the secret map, which you can enter from the maze after killing the hidden Noxious blossom enemy

Demon: single note placed in the chamber accessible by entering the locked door at the left of the one to access the boss room, the note will be dropped by an enemy you need to defeat first, or it will be just laying on the ground when playing easy mode.

Spaceship: Near a lone cocoon standing inside the room accessible from the lower and optional laser section.

To get this achivement, you need to defeat the enemy guarding the demon bonus picture.

This monster cannot be fought in easy mode and the version hidden in the basement will not grant you the trophy.

Easy mode achivement and any% speedrun

The final achivement is automatically obtained by trying to use the easy mode key item in your inventory.


This item will give you the following things:

By activating this item, you lose access to the final encyclopedia entry and “yiff in hell” trophy, but at the same time it’s given you access to everything else in the game, including the ending, both just by running into the basement’s bottom room or teleporting at the end of the spaceship and beating up the boss, this gives you from the very beginning access to both every boss trophies, 2 out of 3 corruption achivements and 2 ending trophies, making the game any speedrunner’s wet dream.

Here we come to an end for Latex Dungeon All achievements + Hidden Items hope you enjoy it. If you think we forget something to include or we should make an update to the post let us know via comment, and we will fix it asap! Thanks and have a great day!