This guide will give you all the necessary information on how to get “Little Rocket Man”, also known as the “♥♥♥♥♥♥♥ gnome” achievement without much hassle.

“To The White Forest” is the first chapter in the game, and also is the chapter where you find the gnome Chompski. After killing a bit of zombies, you will enter a house where Alyx will contact Dr. Kleiner and her dad. Here, at the exit door, look under the shelf/table or whatever this is and take the gnome. Just carry him around the whole chapter until “This Vortal Coil” chapter starts, this is pretty straightforward and relatively easy. This Weighted Companion Gnome will accompany you through the game. Please take care of him.

Easiest chapter in the game Gnome-wise. Right in the beginning of the chapter leave Chompski somewhere on the floor near Alyx and proceed without him this whole chapter. We will pick him up later, right at the end.

For the first part of the chapter just carry him with you. Once you reach the elevator and proceed to the next map change, you have two options: either throw him on the other side of the gate (as seen in https://steamcommunity.com/sharedfiles/filedetails/?id=164331454) or lean him to the gate so he falls after you open it (as seen in https://steamcommunity.com/sharedfiles/filedetails/?id=1140443995). I was running with him the whole time because I’m an idiot.

3.5. How to transport the gnome in the car

In the third chapter you get the car. This creates some trouble, because Chompski falls out of it approximately all the time. Many have suggested putting the gnome in the rear window place using the gravity gun, and this indeed seems to be the most stable place for him to rest. However, I might add that in my experience he stays in place best when literally levitating inside. Might be tricky at first but pretty easy when you get used to it. I managed to beat DOG in a race with this setup and not lose the gnome later on. Also worth pointing out that every autosave, bump and airborne moment while riding causes the gnome to fall out, so keep an eye on him. Look at the gnome, not at the road. 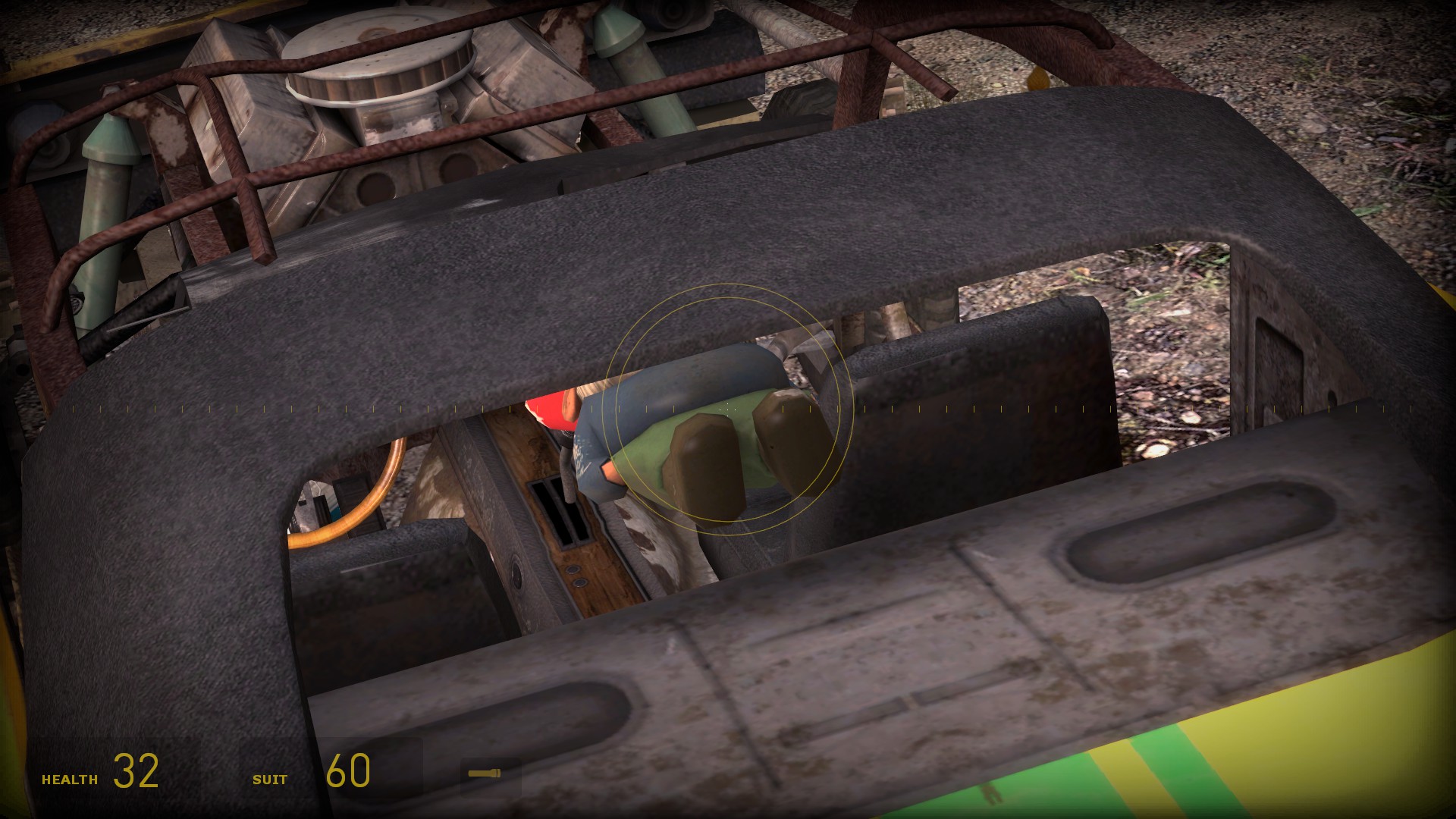 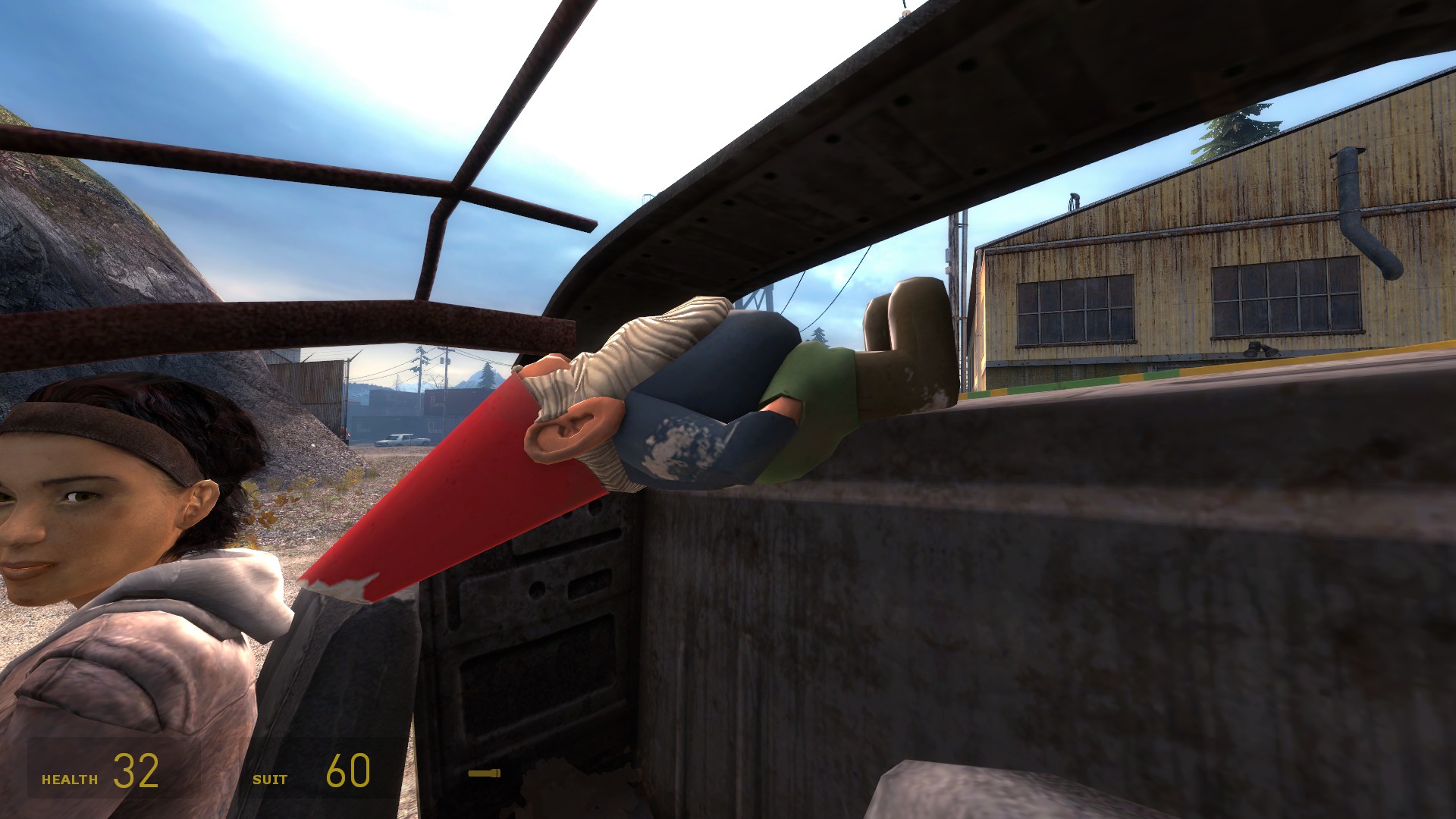 Reach the radio tower. Defeat the hunters. Reach the house. Defeat the combine soldiers and hunters. Now you’re followed by a chopper, which is considered the hardest part to keep the gnome in the car. But what we can do is just let him fall when we hit obstacles on our way, proceed to the tunnel, wait for the autosave and come back to pick him up. This way the chopper doesn’t follow us here anymore. Don’t know if you can come back in a car, I just ran all the way because I’m an idiot. 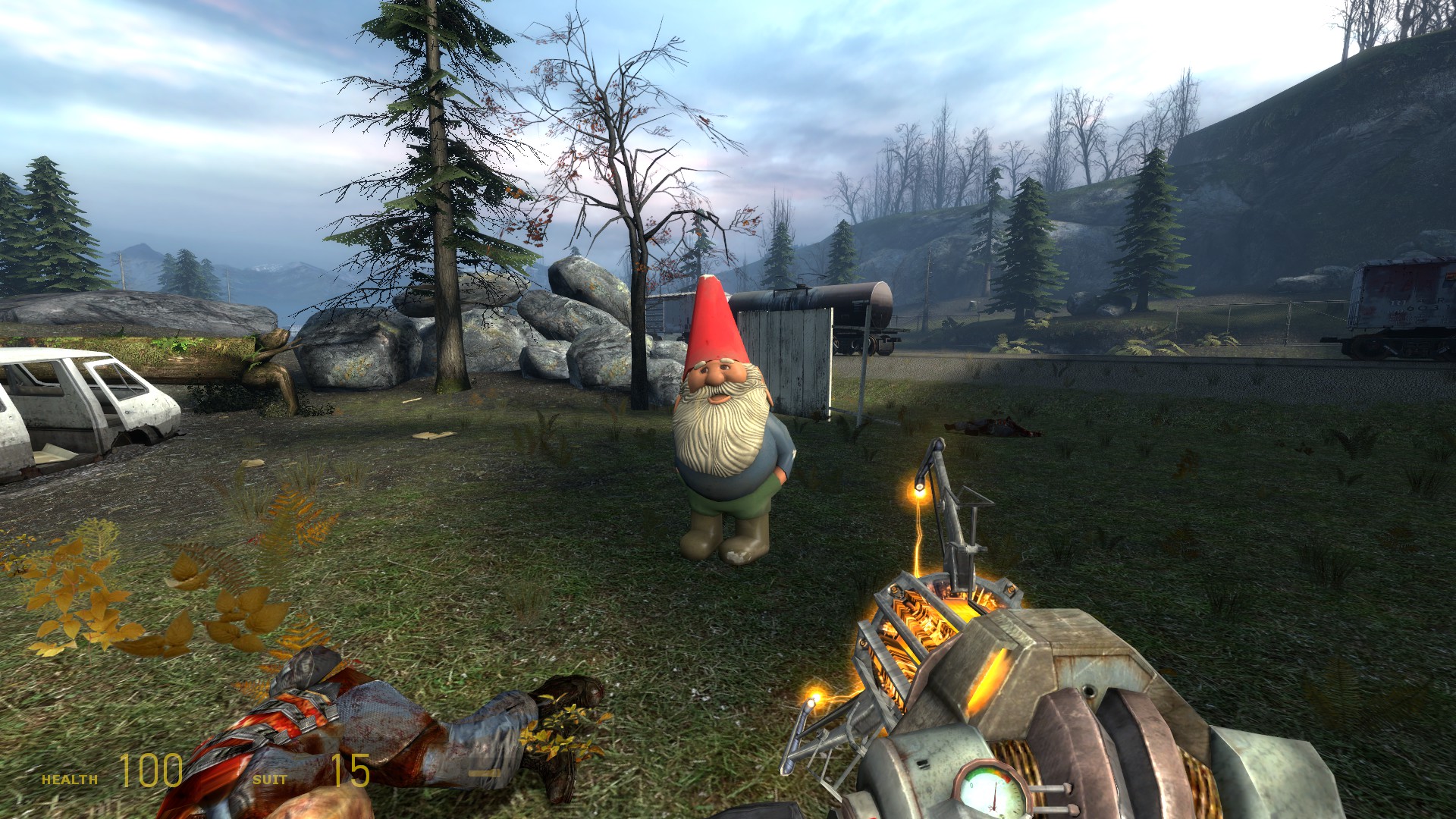 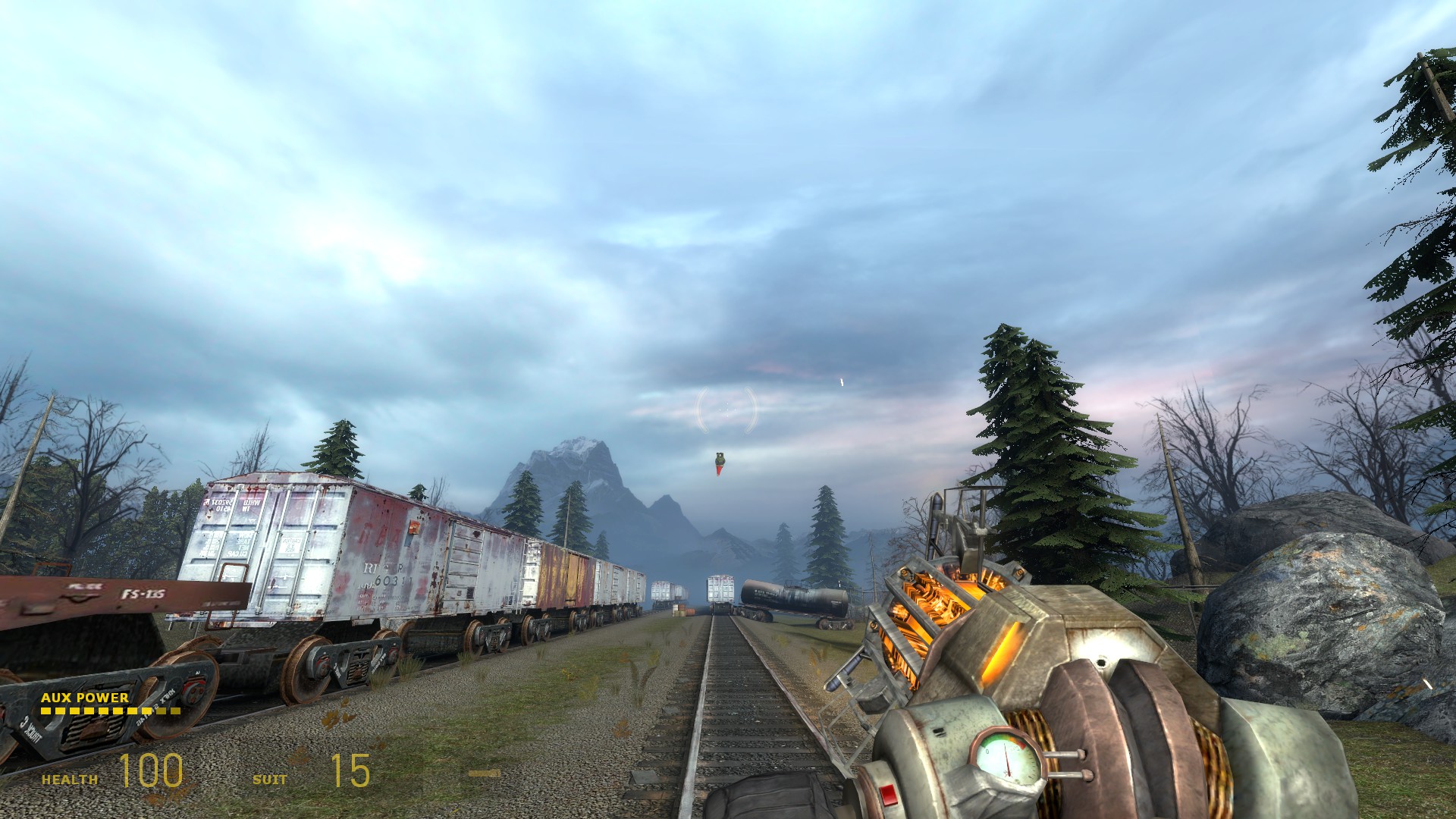 Alyx and the car should still be in the tunnel. 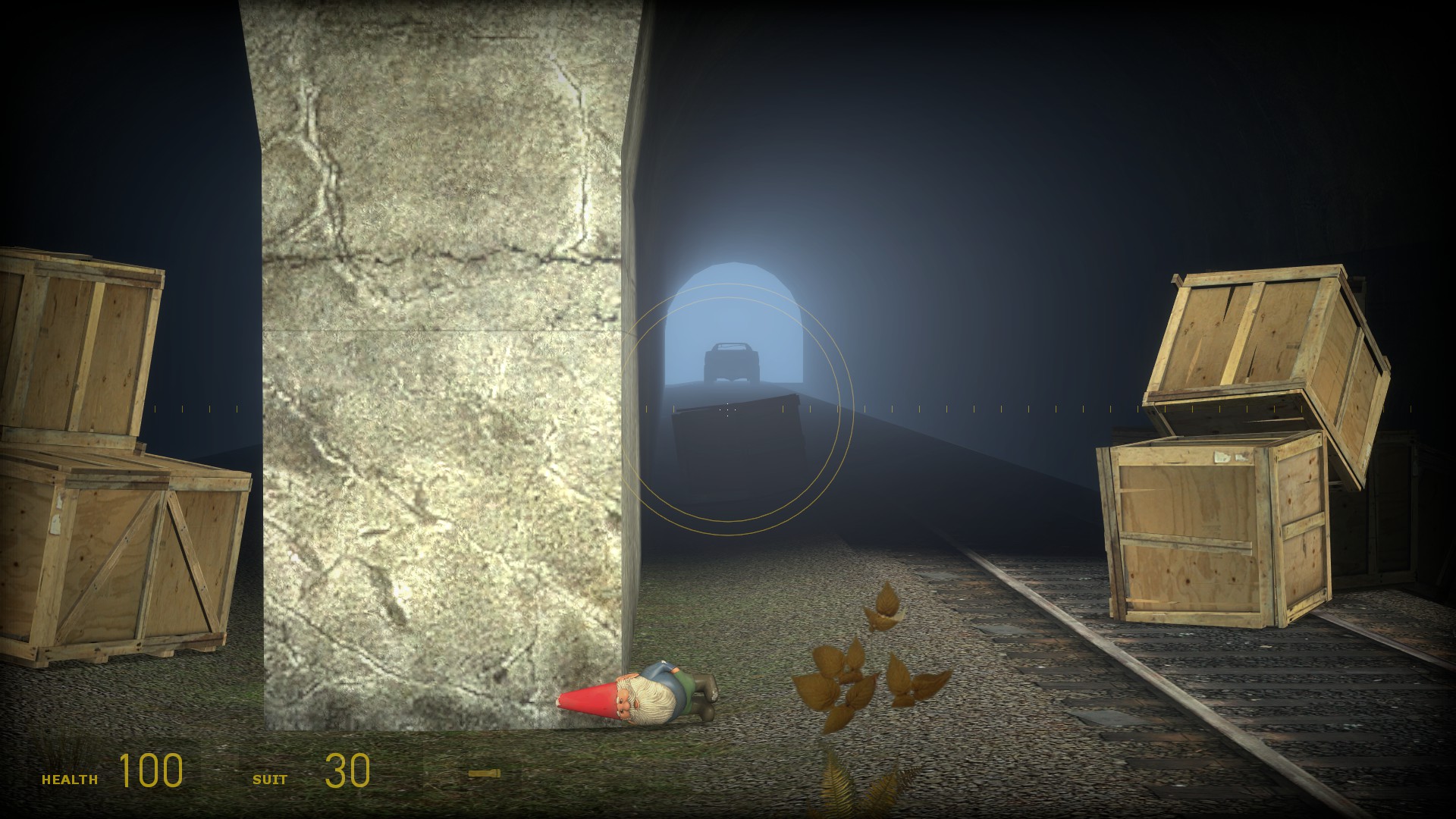 After exiting the tunnel the gnome will fall out all the time, tho. You can just shoot him forward and ride after. And again. And again till your car breaks (scripted). Coming back for him won’t work because the game wants you to stick with Alyx, and you lose every time you run too far away from her. Now, this should have been the truly hardest part. After the car breaks, don’t be a fool like me and take the gnome with you, because you won’t be able to come back. 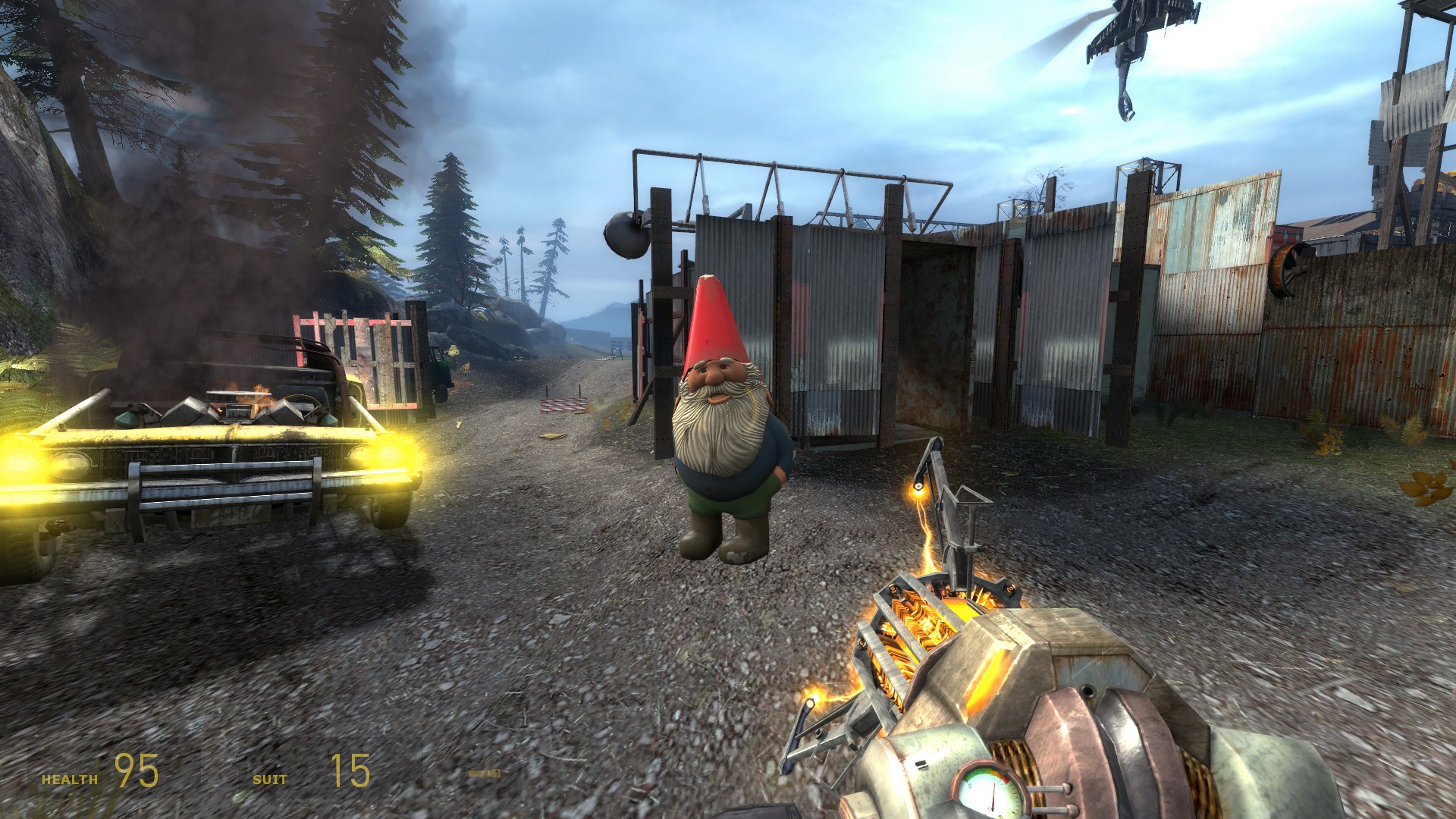 Destroy the chopper and take the gnome with you.

Leave the gnome on these barrels (some people reported that if you leave him on a table or on the floor, it disappears later on, so I suggest you to leave him in a secure place and not test your luck). 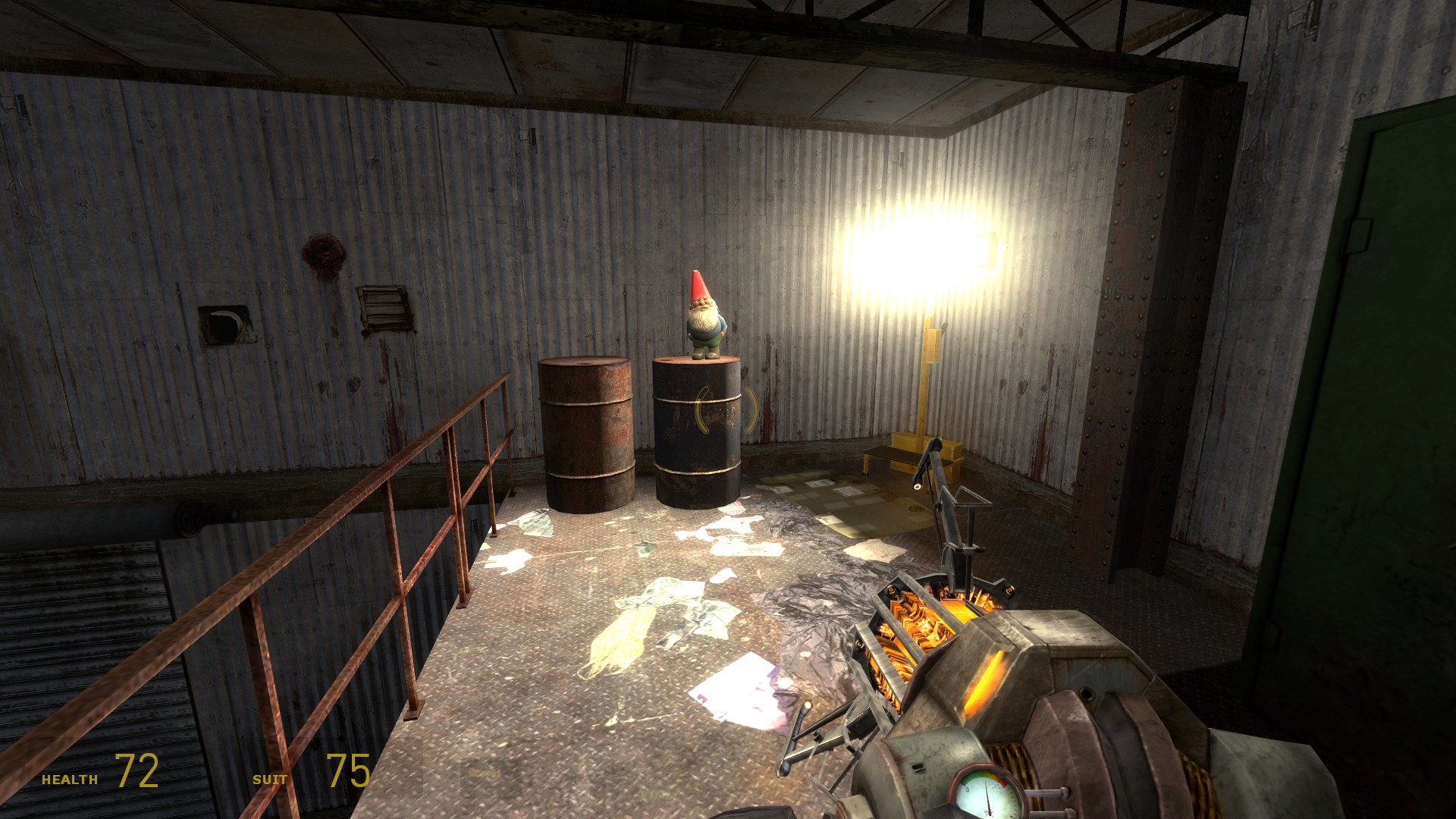 After this it’s just the matter of driving without losing him. Drive, look at the gnome, pick up the gnome, drive again. When you reach White Forest, take him out of the car and go.

You did it! The Weighted Companion Gnome certainly brought you good luck.
However, it cannot accompany you for the rest of the game and, unfortunately, must be euthanized sent to space. 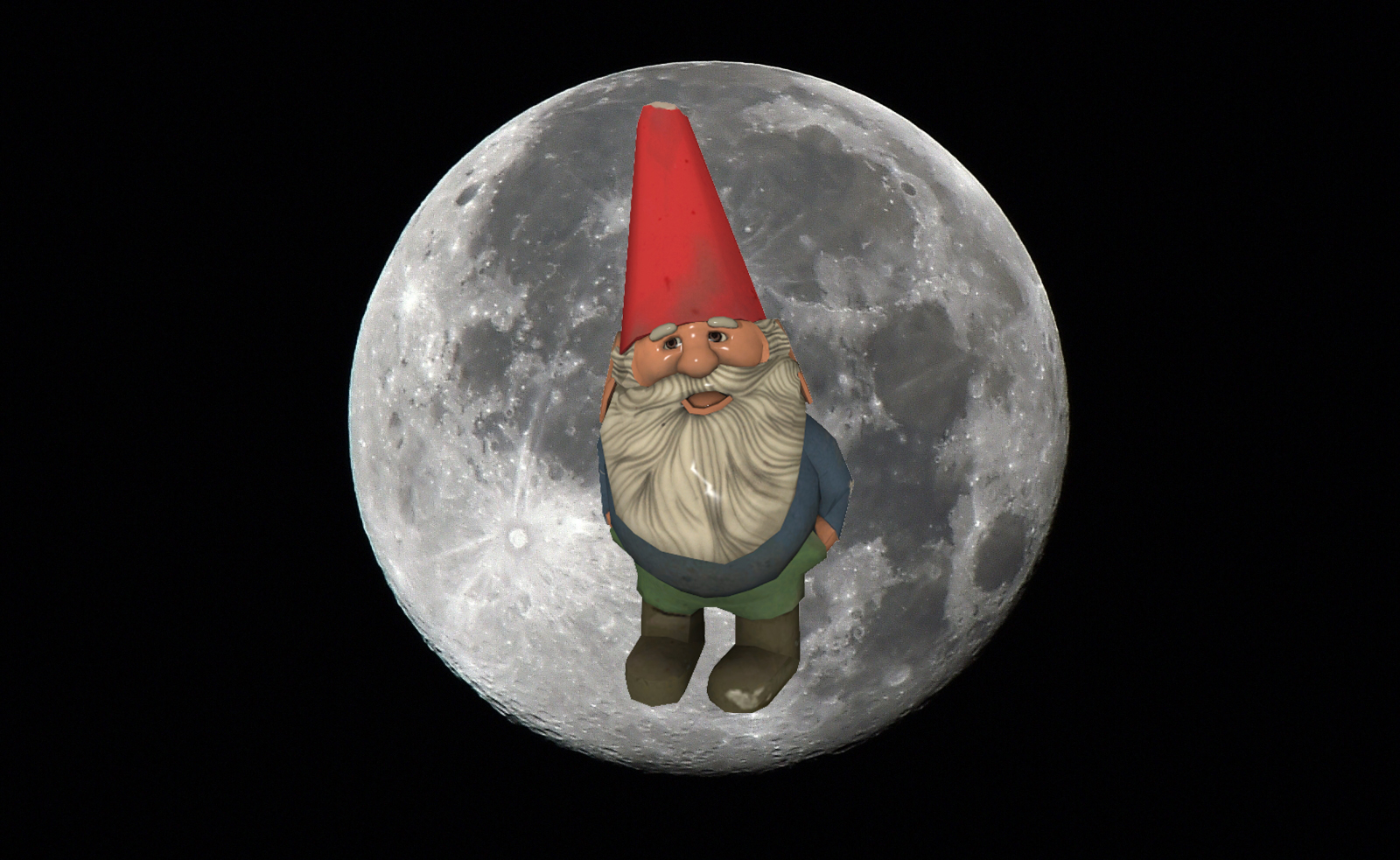 This is all for Half-Life 2: Episode Two Gnome Achievement Guide + Tips How to Get it! hope you enjoy the post. If you believe we forget or we should update the post please let us know via comment, we will try our best to fix how fast is possible! Have a great day!