In Zardy’s Maze, you’re thrown in with little information to go off of as most horror games do, if you want some help keep reading.

Let’s start at the beginning of the game.

When you first start, you need to pick up a flashlight and an axe so you can destroy a weed that is holding the gate shut. Weeds are your primary objective in Zardy’s Maze. 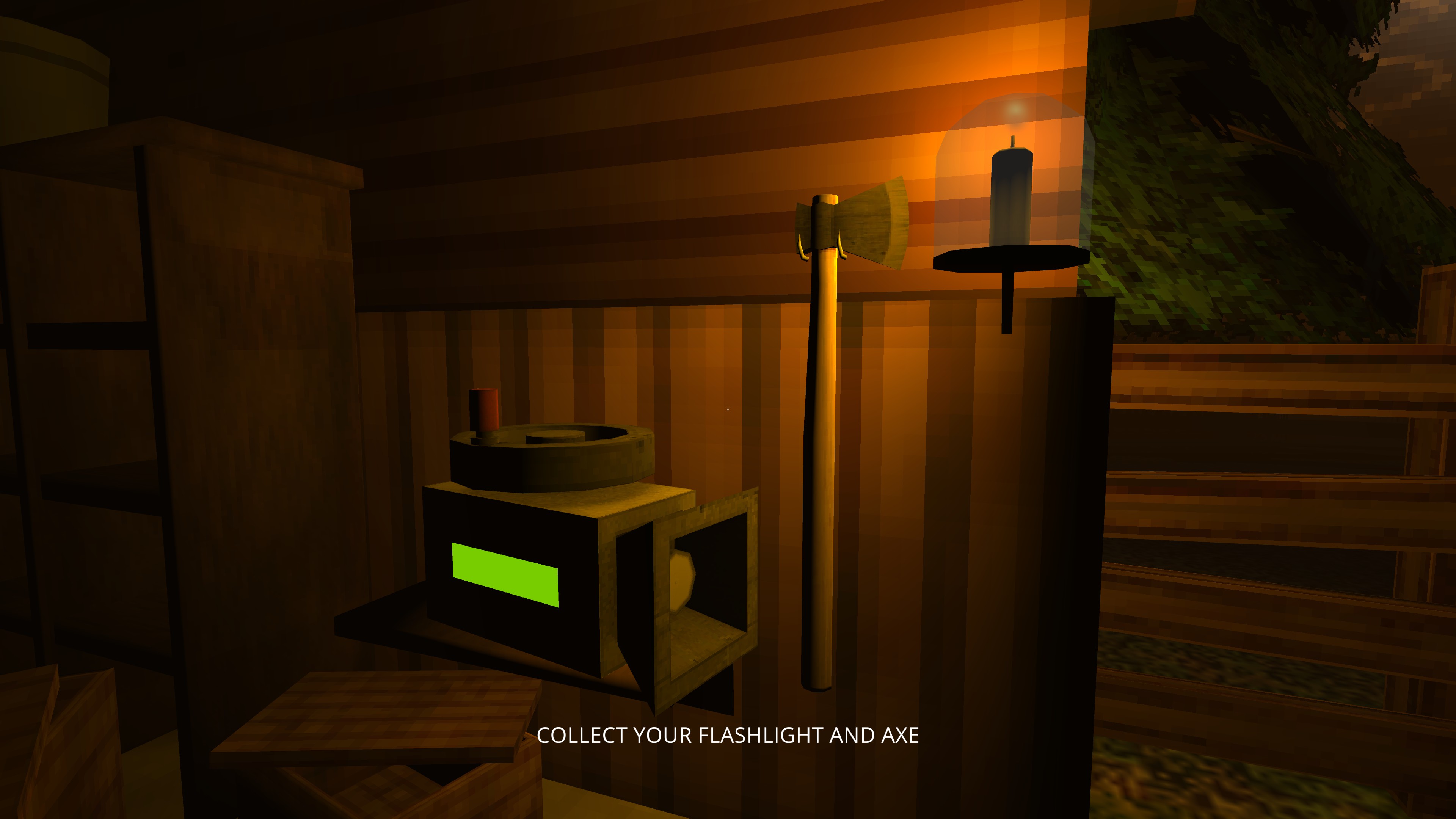 The axe is crucial to beating Zardy’s Maze because you need to use the axe to destroy the weeds placed throughout the maze. 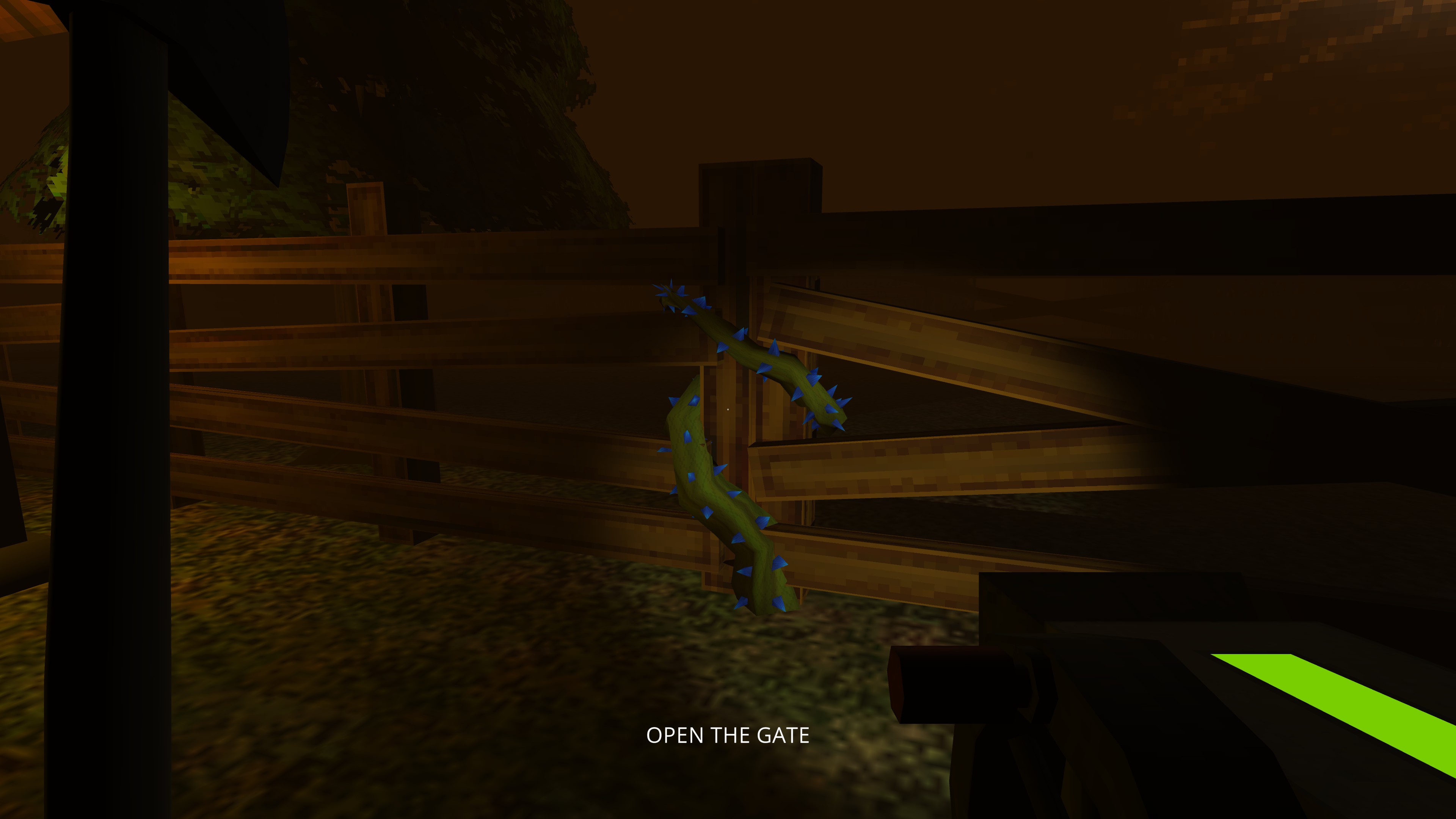 The one MOST important thing in Zardy’s Maze has to go to the flashlight. The flashlight doesn’t only help you see more, it’s the one item that helps you survive. Your flashlight has a green bar on the top of it, that bar indicates how much battery your flashlight has before it turns off. In order to recharge your flashlight you need to hold right click, when you are recharging your flashlight, you are forced to move slowly, which can be dangerous if you’re not listening out for Zardy or Pumpkin Jack. 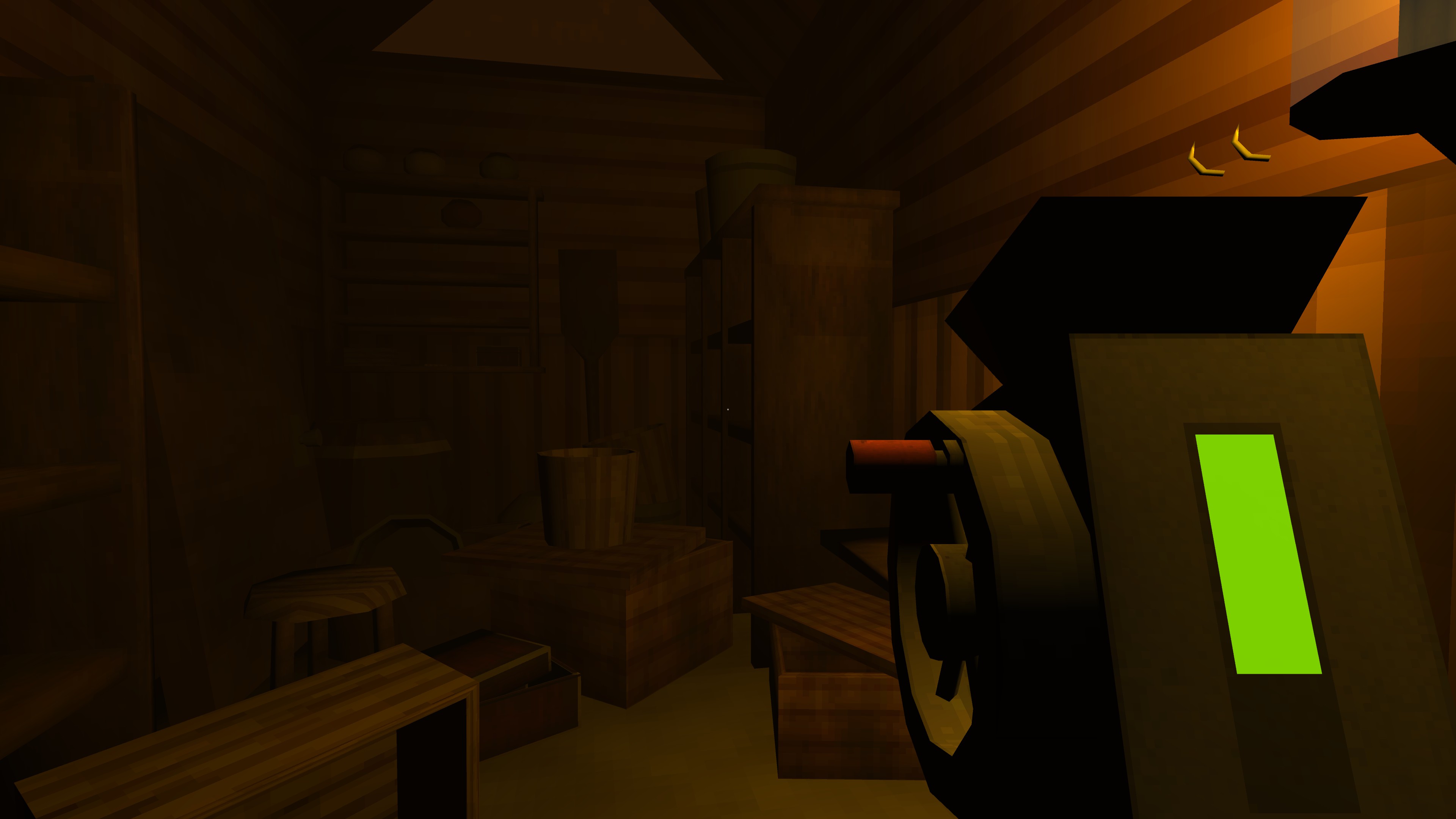 There is not much to talk about the maze, but this is important. The maze you get has a seed, think of Minecraft when I say this.

Whenever you start the game or die, the maze shifts and changes, meaning you will have to change your strategies when you begin to get in danger. 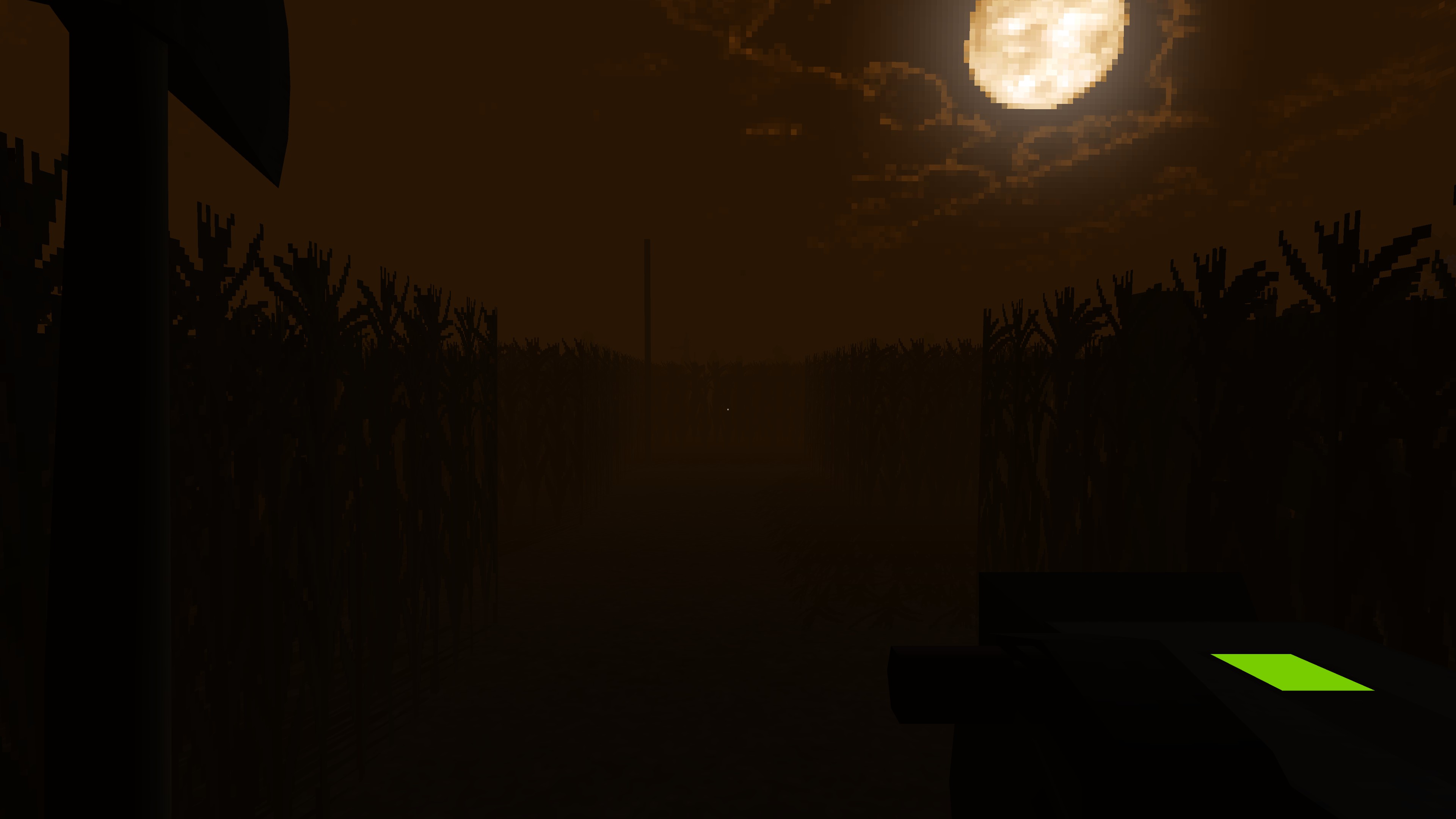 Throughout the maze you will find giant flowers that stick out above the corn. These flowers are the weeds you need to kill in order to beat the game. When you are looking for a path to get to the weeds, try and go through the corn if you can. This allows you to quickly get to the weed without having Pumpkin Jack or Zardy disturb you, but watch out for the brutes that float around and protect the weeds! 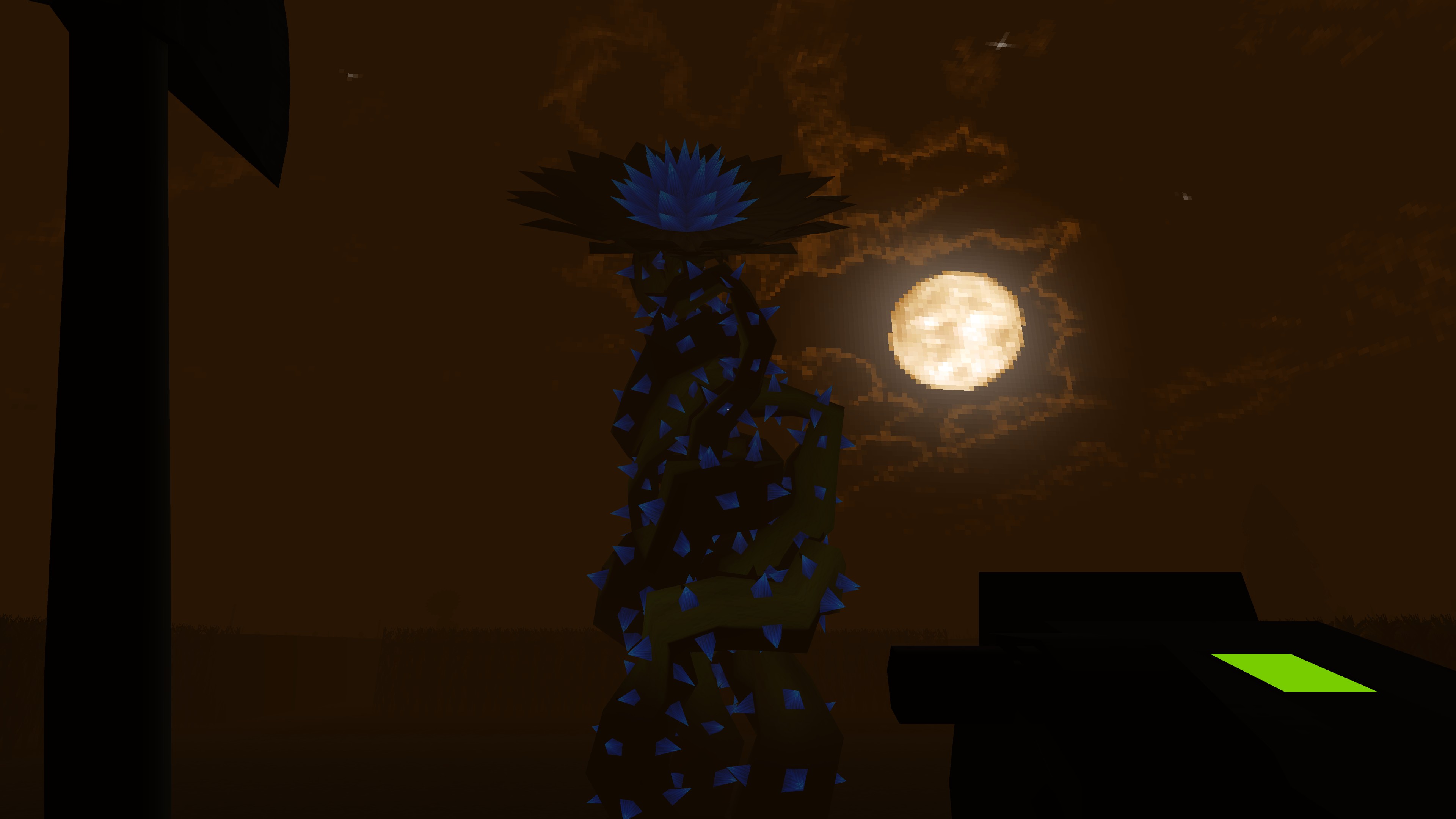 By now you must already know this a corn farm, while the corn slows you down it can cause Zardy to kill you if you do not get out of it in time by finding a open path. Using the corn as a shortcut is very common and an important thing to do in order to survive, if you jump you may be able to find a nice open spot inside of the corn for you to go to so you can take a shortcut somewhere. 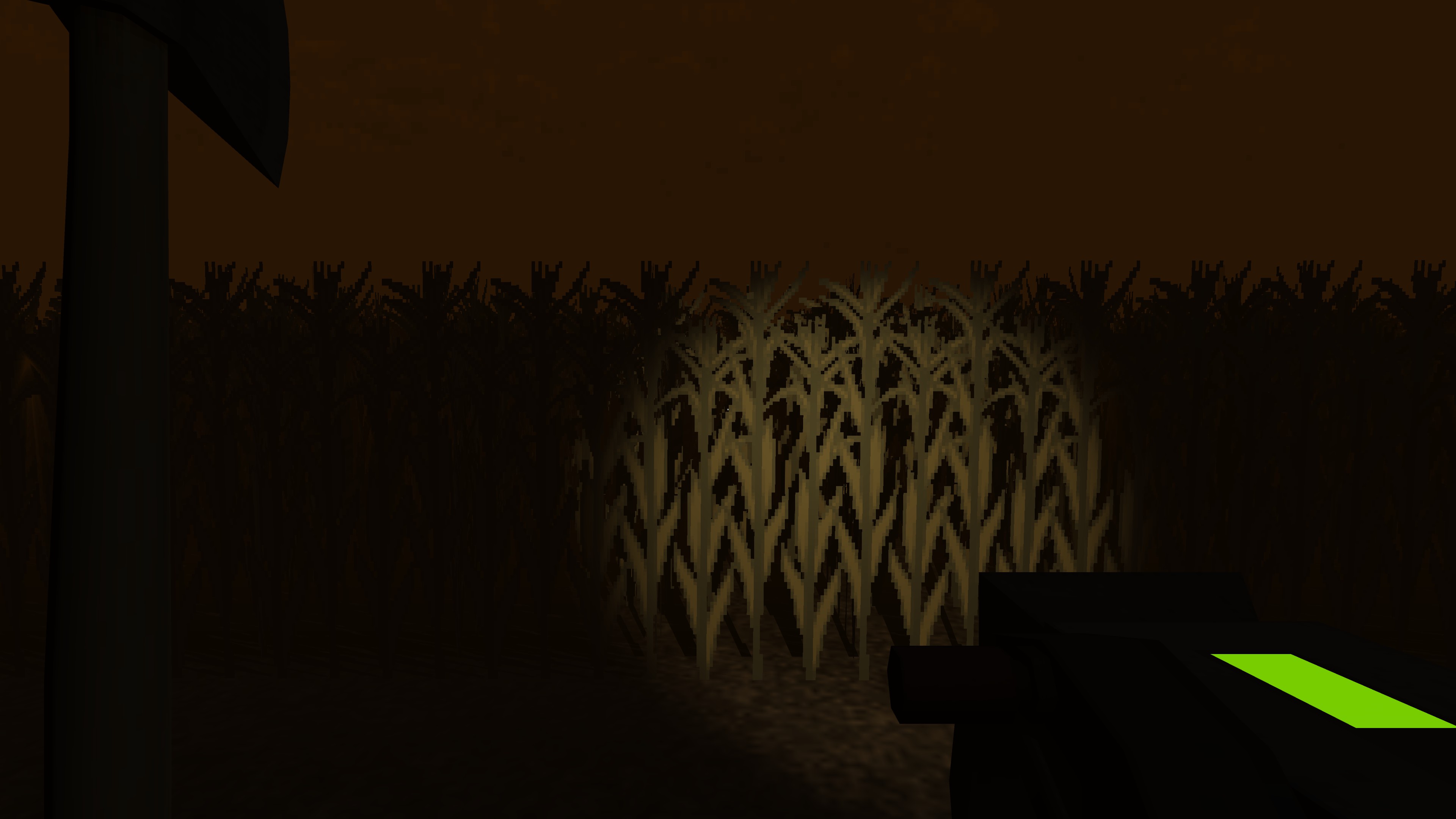 In Zardy’s Maze, you will come upon these characters who try and kill you, I will try my best to explain them clearly so that you know what to do to avoid them.

When you face Zardy, he will be slowly walking towards you, seemingly coming out of nowhere as he usually appears around corners or behind you when are not looking. 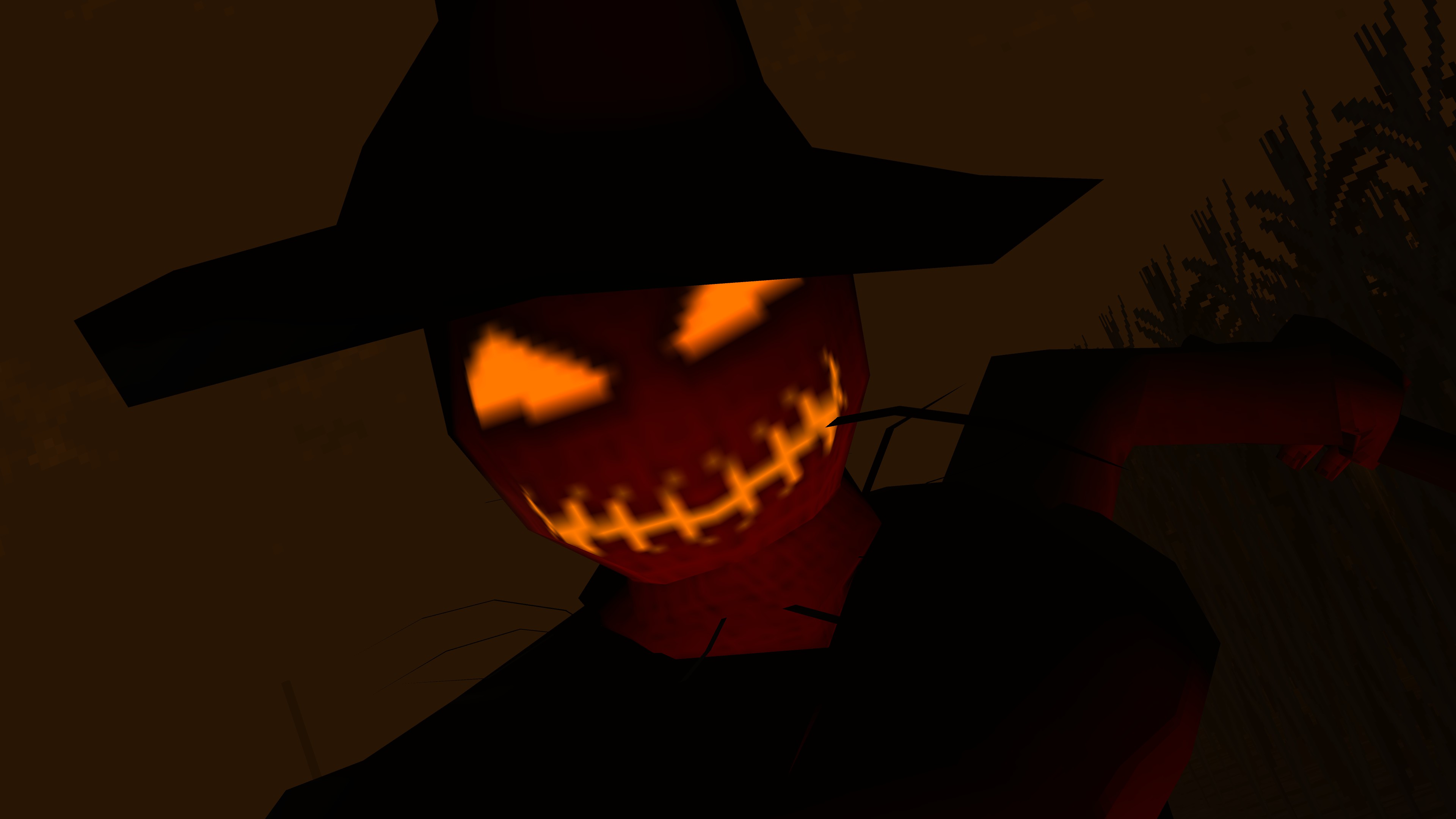 The way you counter Zardy is by listening for his hoe he drags across the ground, it makes an audible sound like something being dragged against dirt, use this to your advantage. The real way to counter Zardy is by using your flashlight to banish him. When your flashlight is aimed at Zardy, he stops in his tracks and slowly begins to fade, when Zardy fully fades away he will disappear for a certain amount of time. 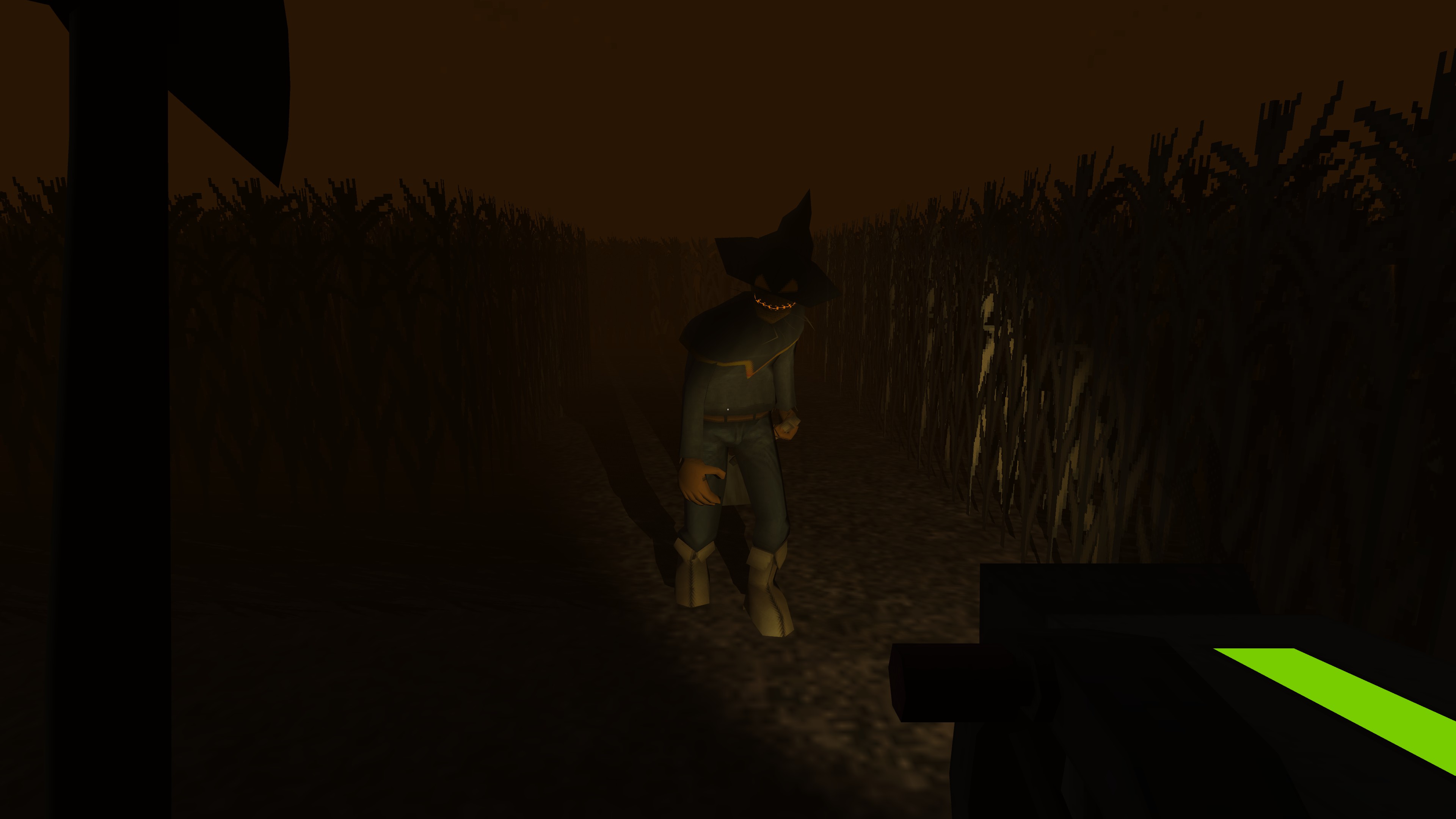 Pumpkin Jack is the enemy who runs around looking for you the most.

The way you know Pumpkin Jack is nearby is when you hear his nearby giggling, or his scream when he starts chasing you. 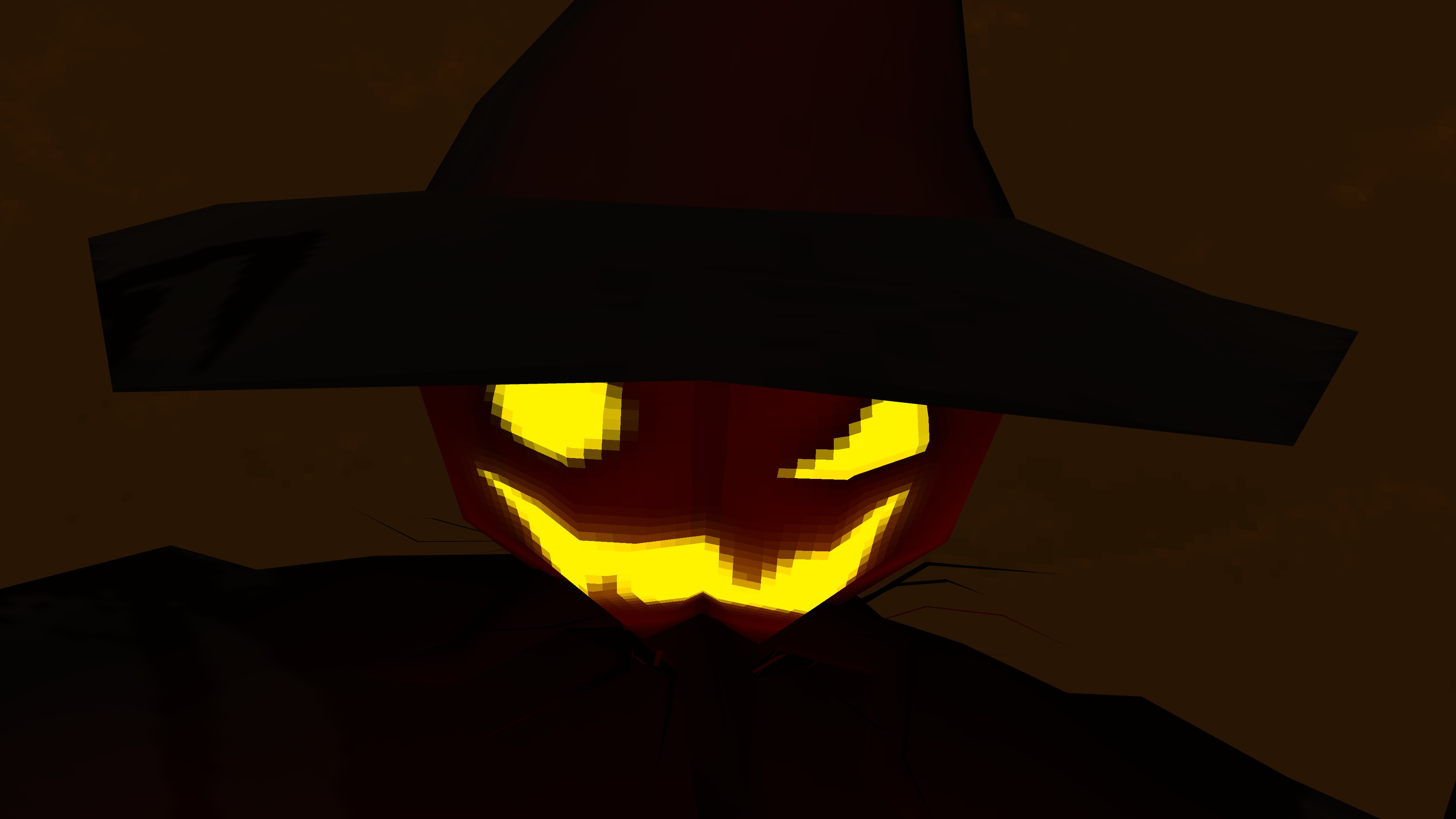 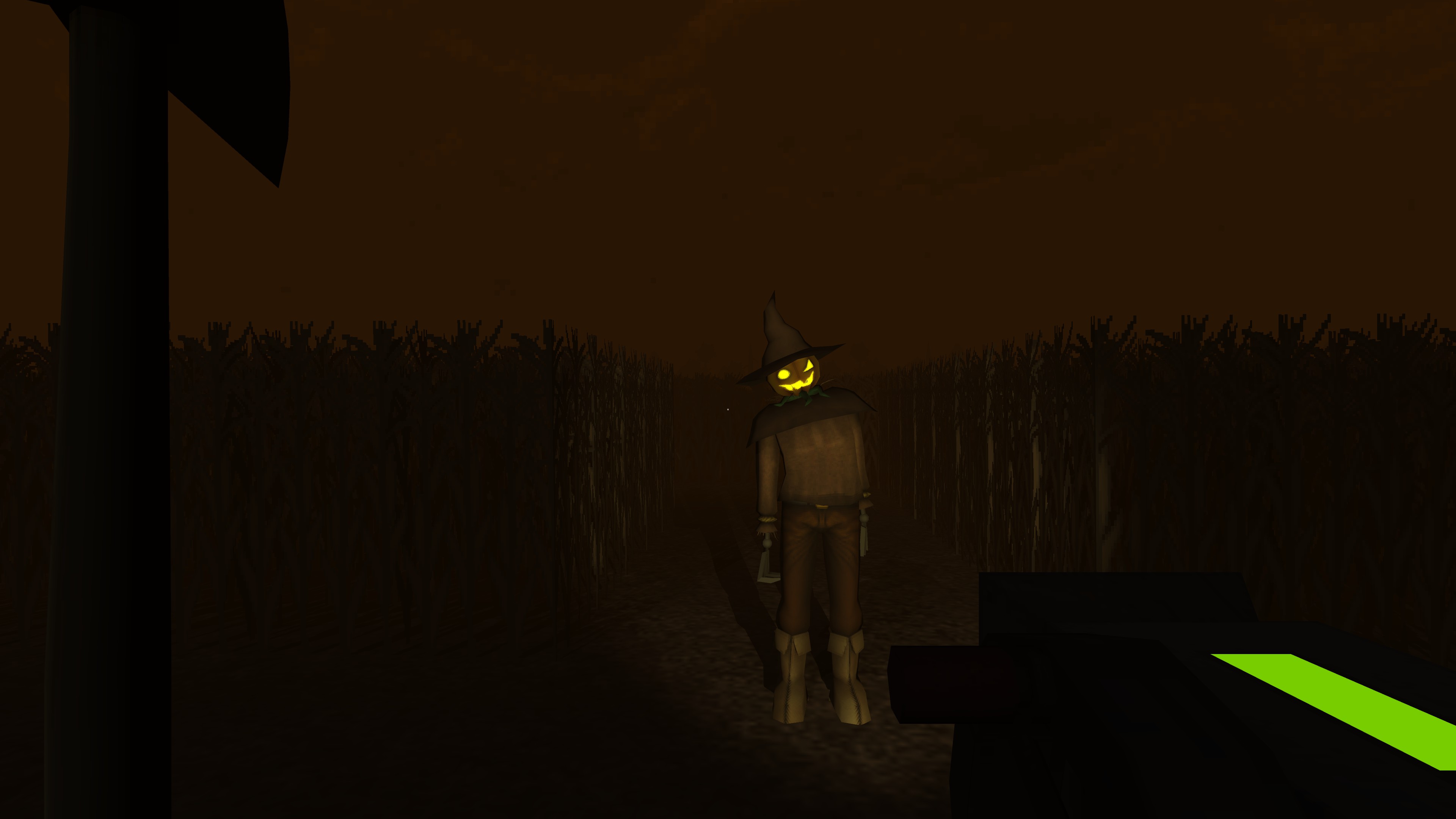 Additionally, Pumpkin Jack can jump over the corn maze whenever he hears a noise. The things that attract Pumpkin Jack are killing Pumpkin Crawlers or killing a weed.

Pumpkin Crawlers are the distraction and an enemy attracting type of enemy.

Pumpkin Crawlers are not seen in the map until they grab onto you, the only way to avoid the Pumpkin Crawlers is looking out for the green vines that stretch out onto the dirt. 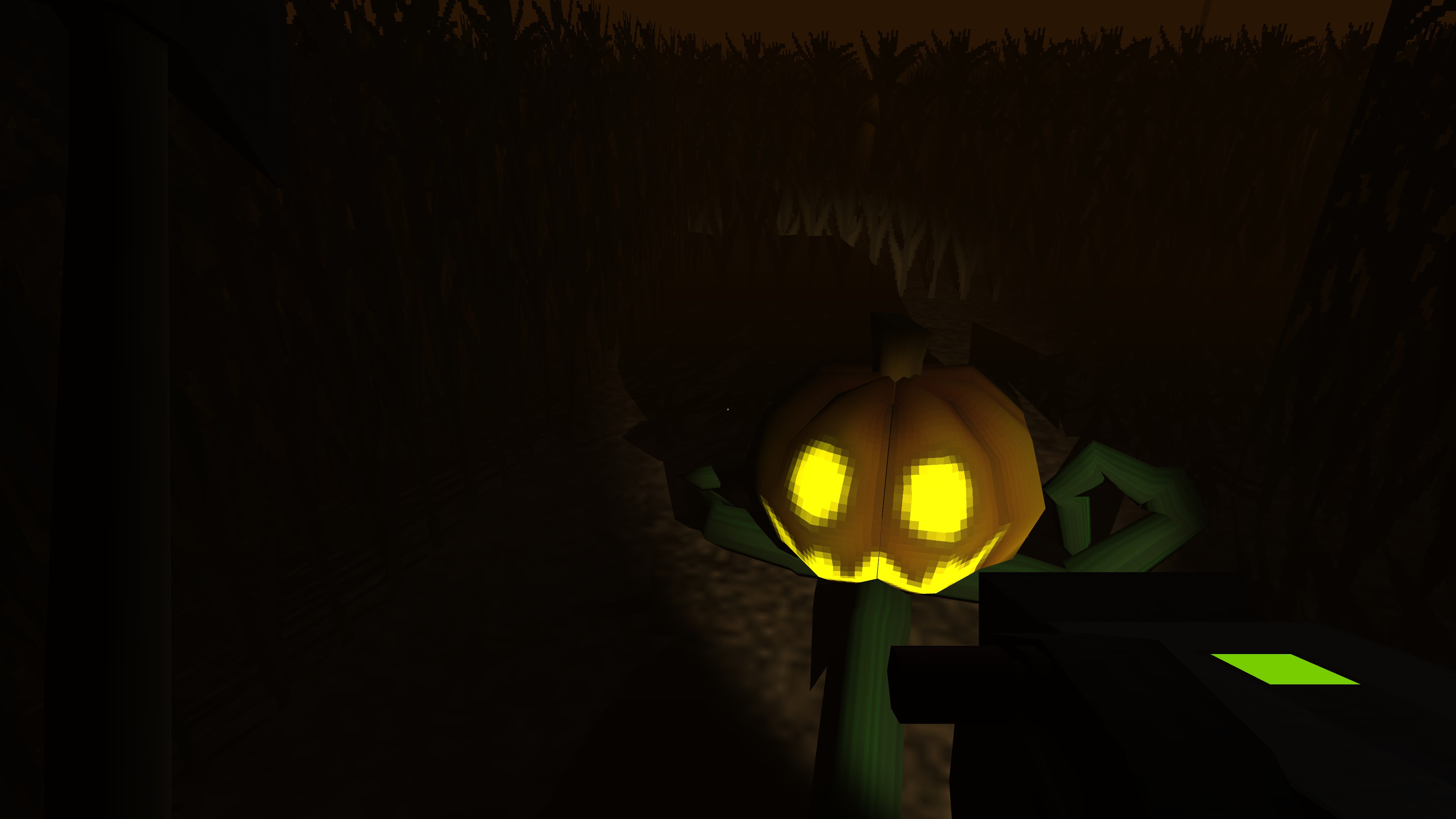 When a Pumpkin Crawler is holding onto you, you gain a speed debuff making you considerably slower, which is bad if you’re running away from a Brute or Pumpkin Jack. In order to get a Pumpkin Crawler off of you, you must hit it with your axe about 3 times. Once you destroy it, it will break into pieces letting out a scream, when it screams Pumpkin Jack will be alerted to your location. 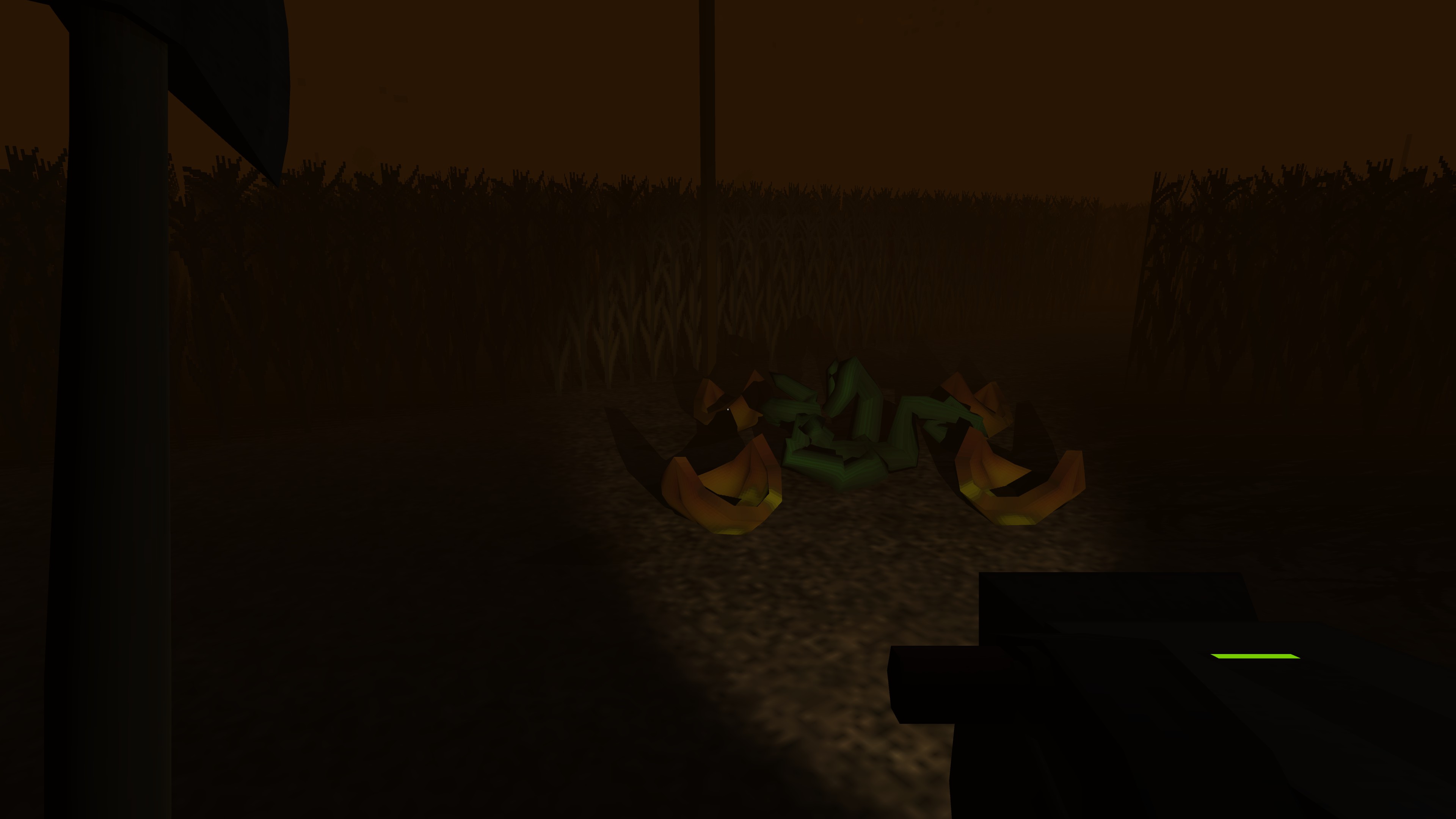 The Corn Stalkers are another distraction enemy. 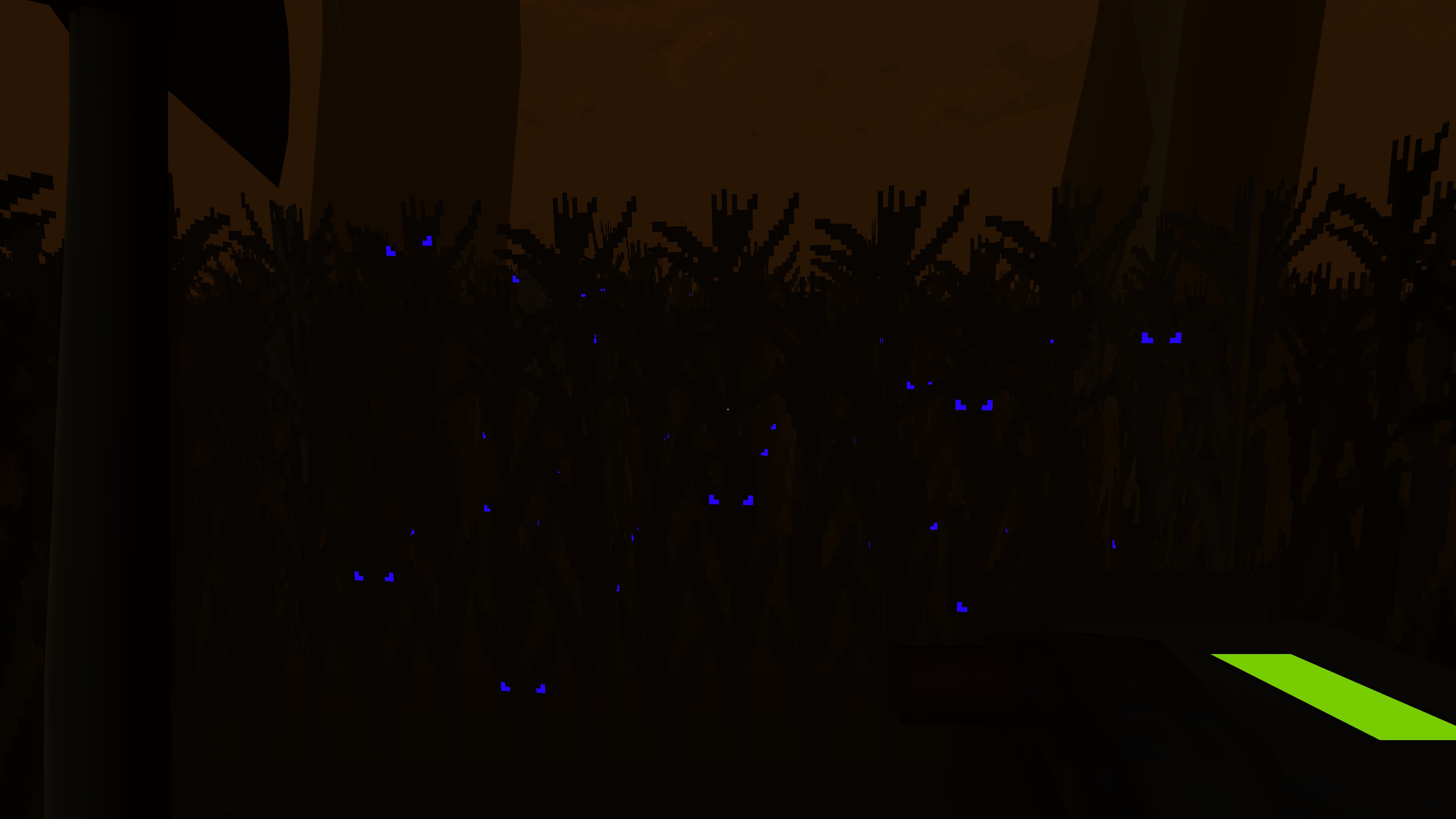 Brutes are a defensive enemy that can kill you.

When you come upon a weed, look out around the open patch the weed has around it. Generally a flying object should be there circling the weed. Brutes will only kill you if you get in their line of sight or begin to attack the weed. 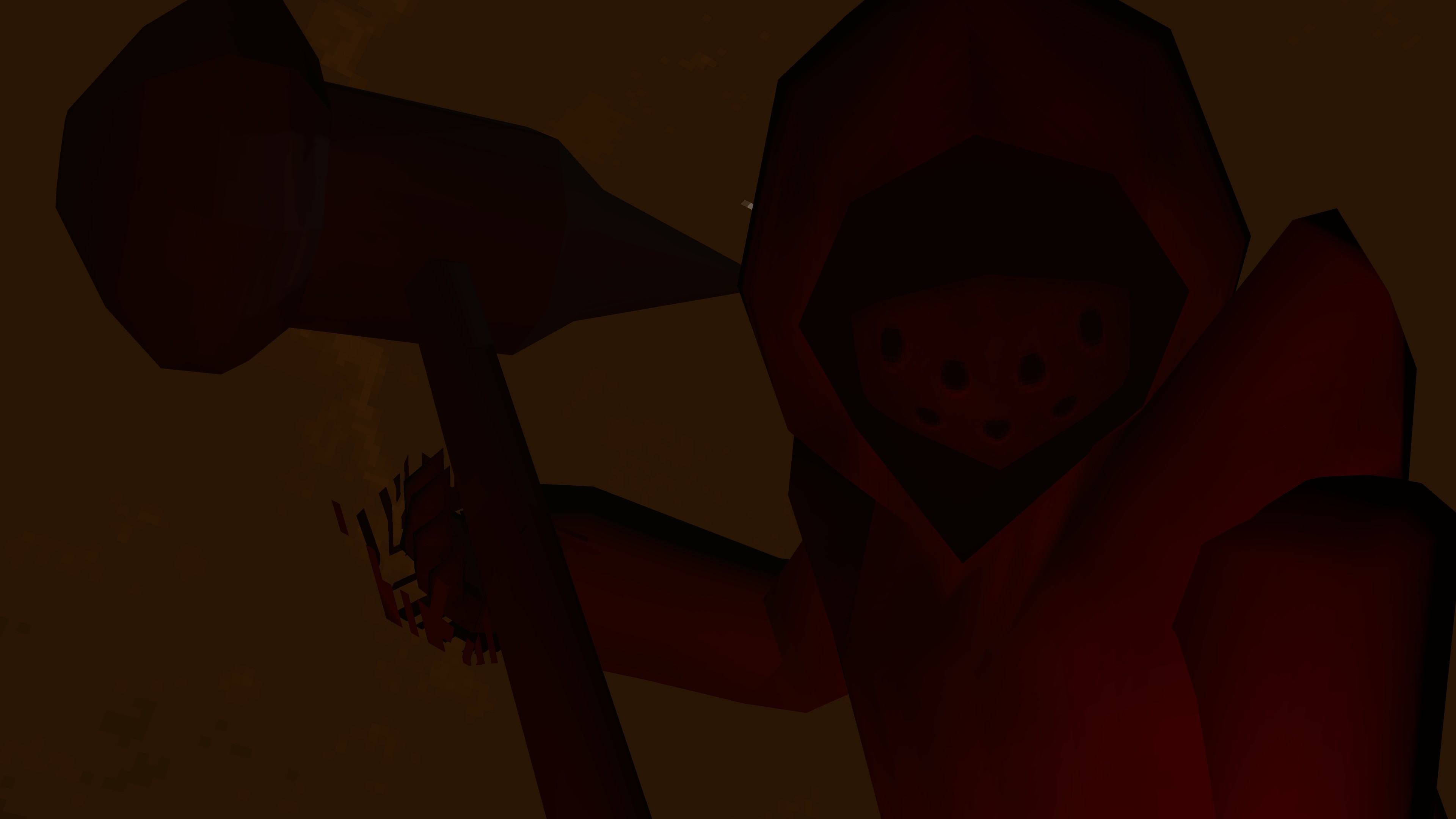 There is no real way to counter the Brutes. The Brutes have a predictable path, following a square path around the weed, luckily, if you get into a chase with the Brute, you are able to freeze it in place with your flashlight. Brutes cannot follow you outside of the square area of the weed, so use it to your advantage! 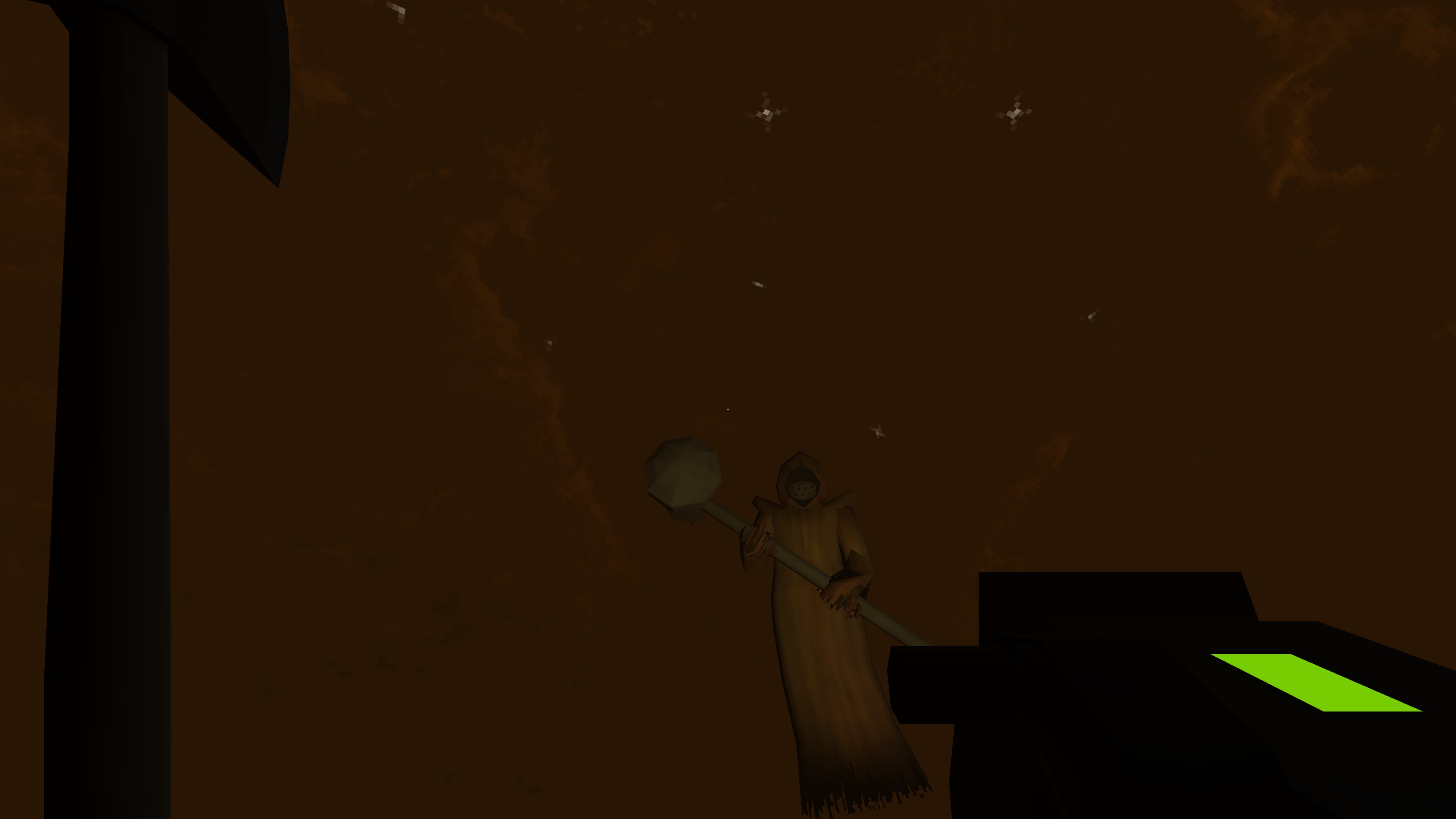 Drought is a setback enemy. 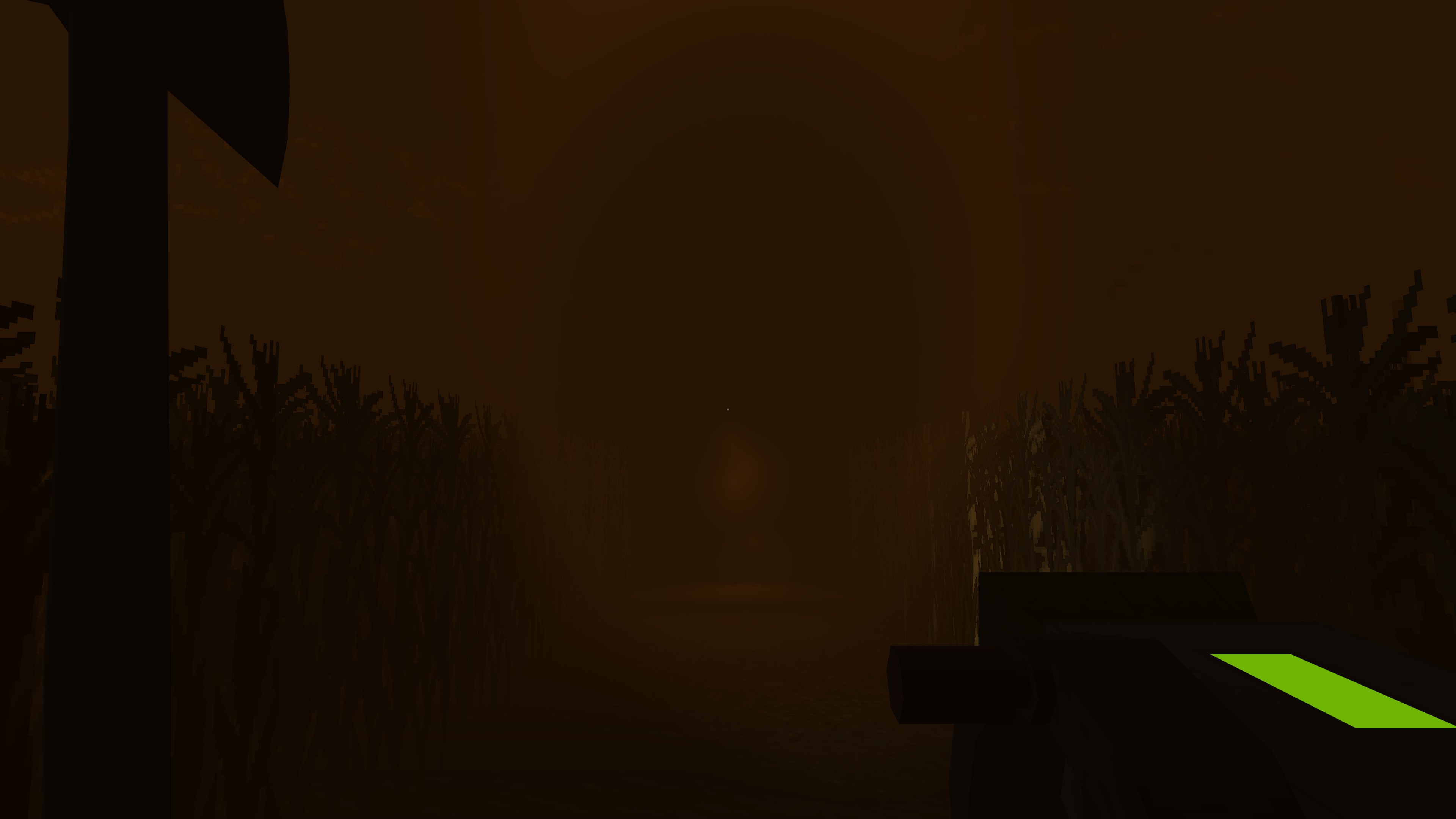 Cable Crow is an enemy that can kill you as it flies throughout the maze quickly. 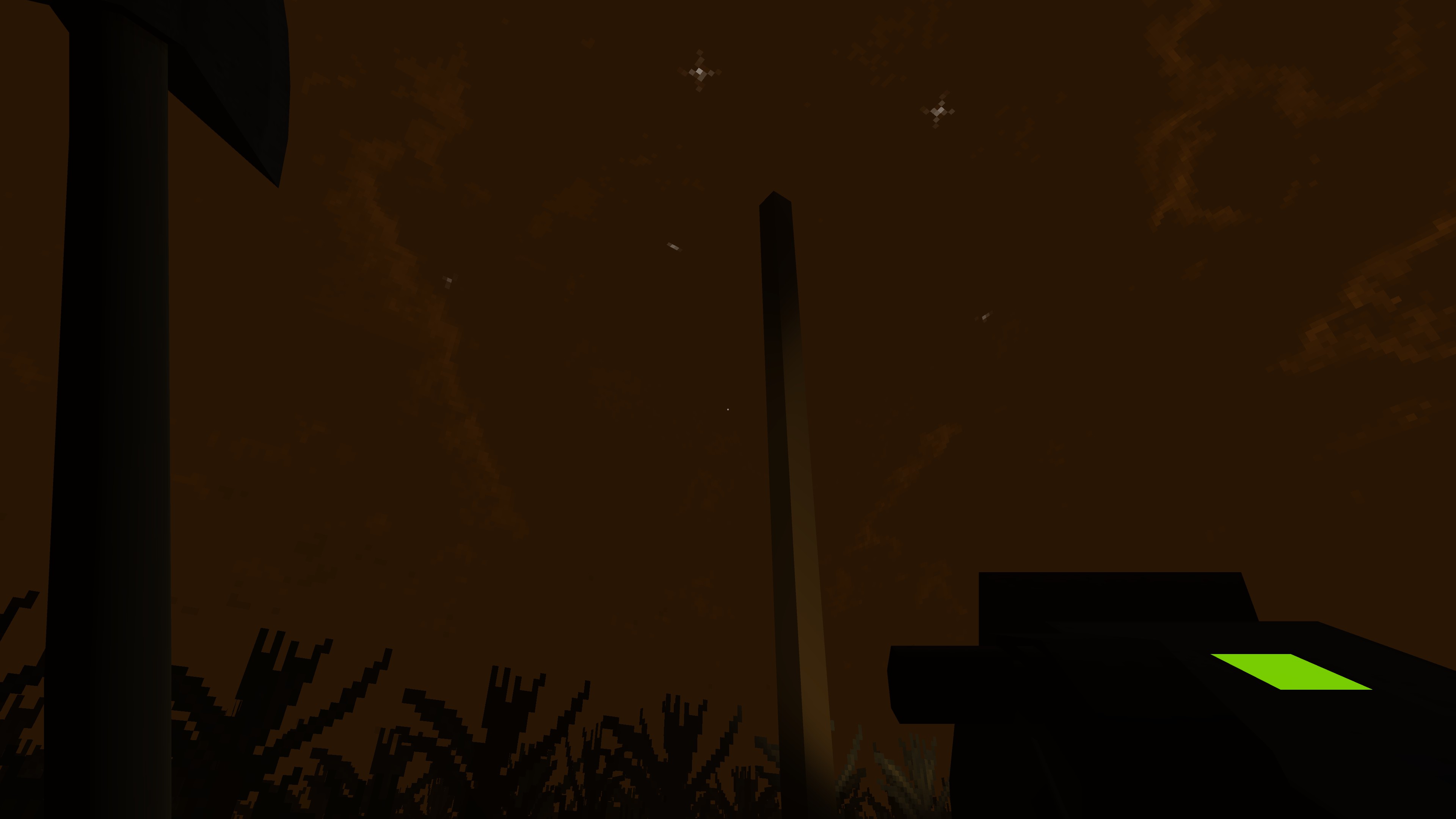 The only way to avoid dying to Cable Crow is staying away from poles as much as you can. You can freeze Cable Crow in place by using your flashlight, but if you stop looking at him he will immediately then jump to the next pole so be careful. if you get too close to Cable Crow while he is stunned, he will still kill you. 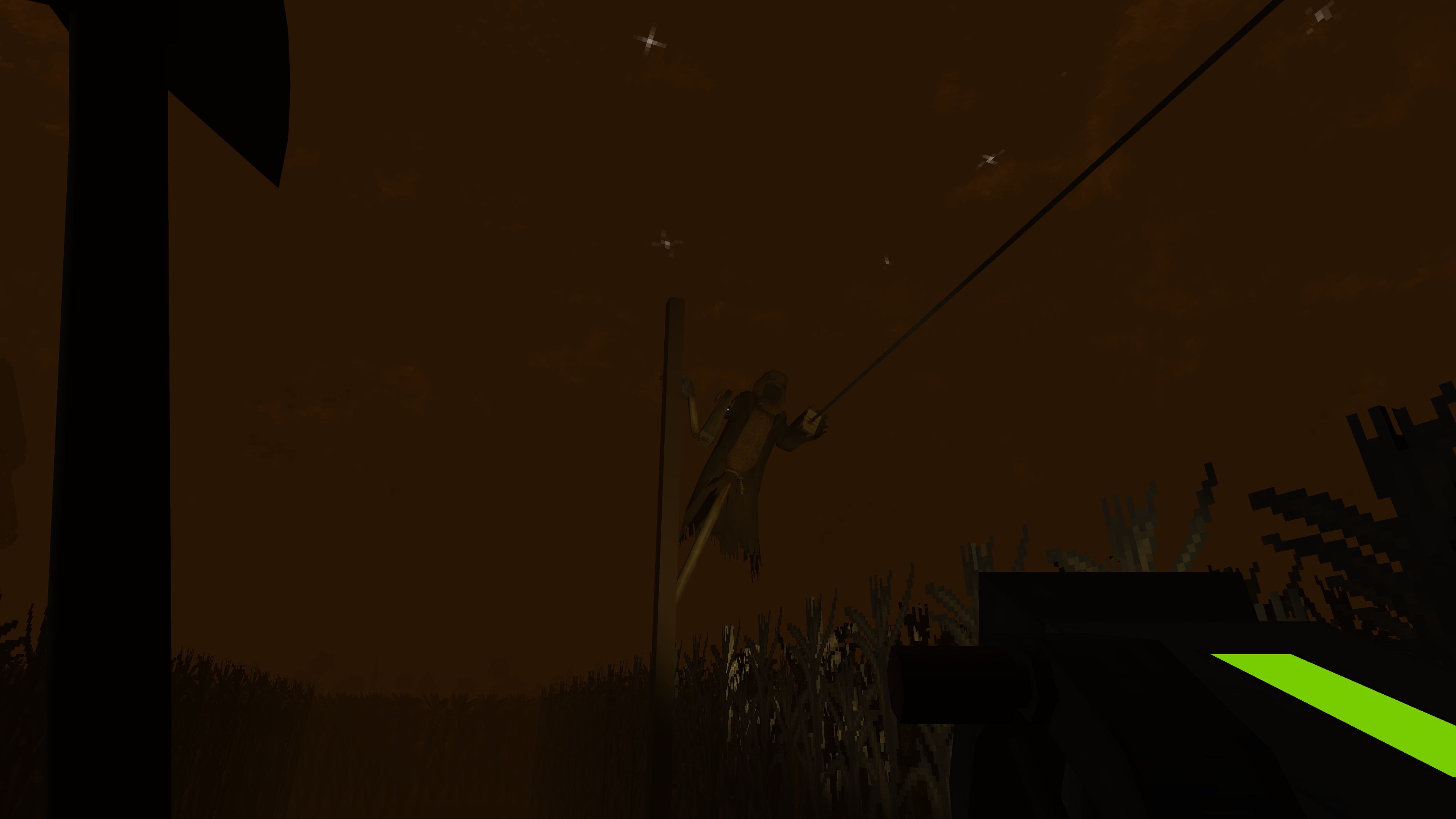 The Rattler is an enemy that can kill you close range and far range. You will only find The Rattler in challenges or custom challenges. 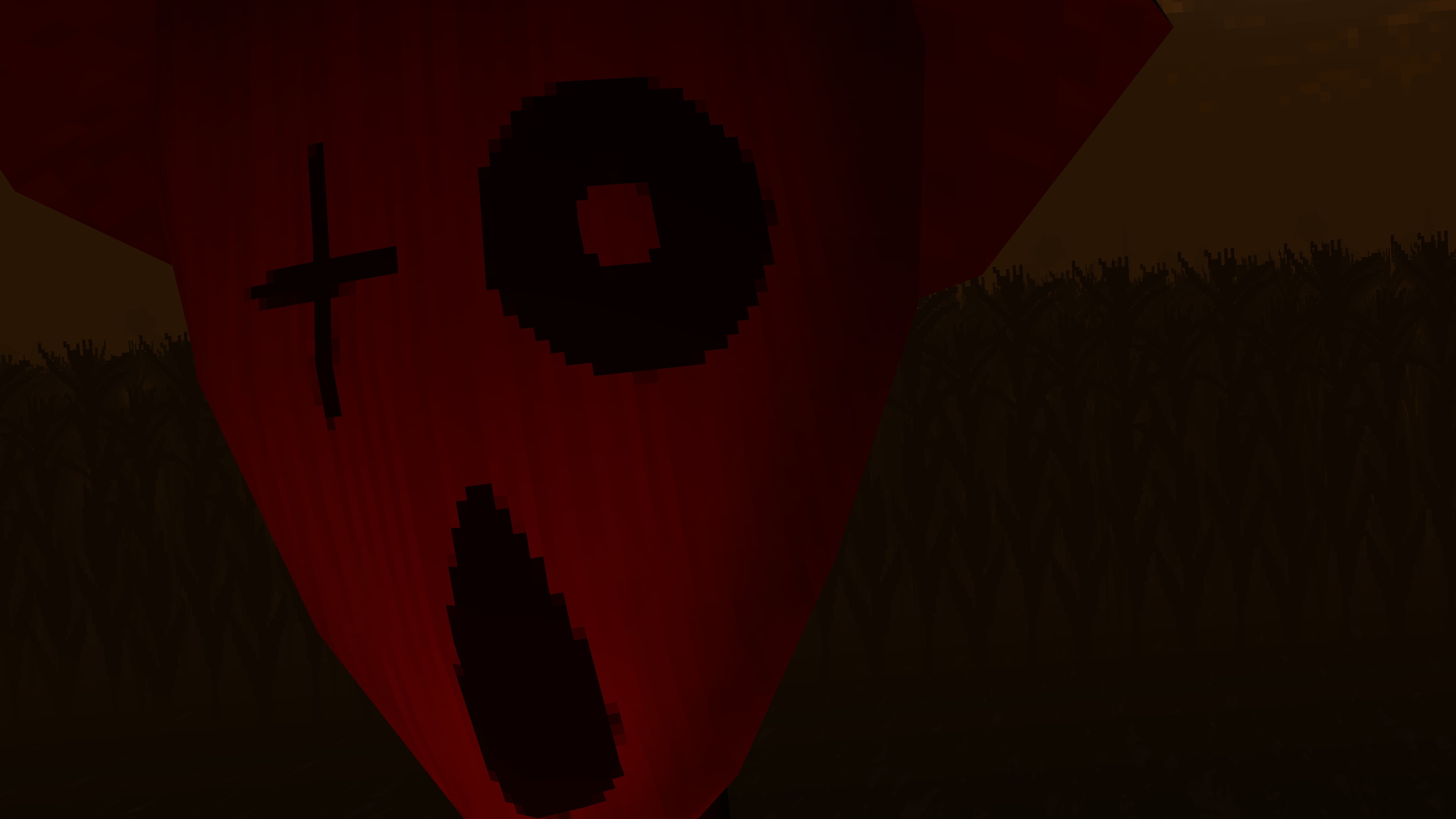 The Rattler is like Cable Crow and Pumpkin Jack in one. The Rattler is very loud as it lives up to the name and makes a rattling sound. If the Rattler is attacking you and you are farther away than it, it will try and hook shot you. You can dodge Rattler’s hooks very easily. If you get too close, Rattler will chase you. 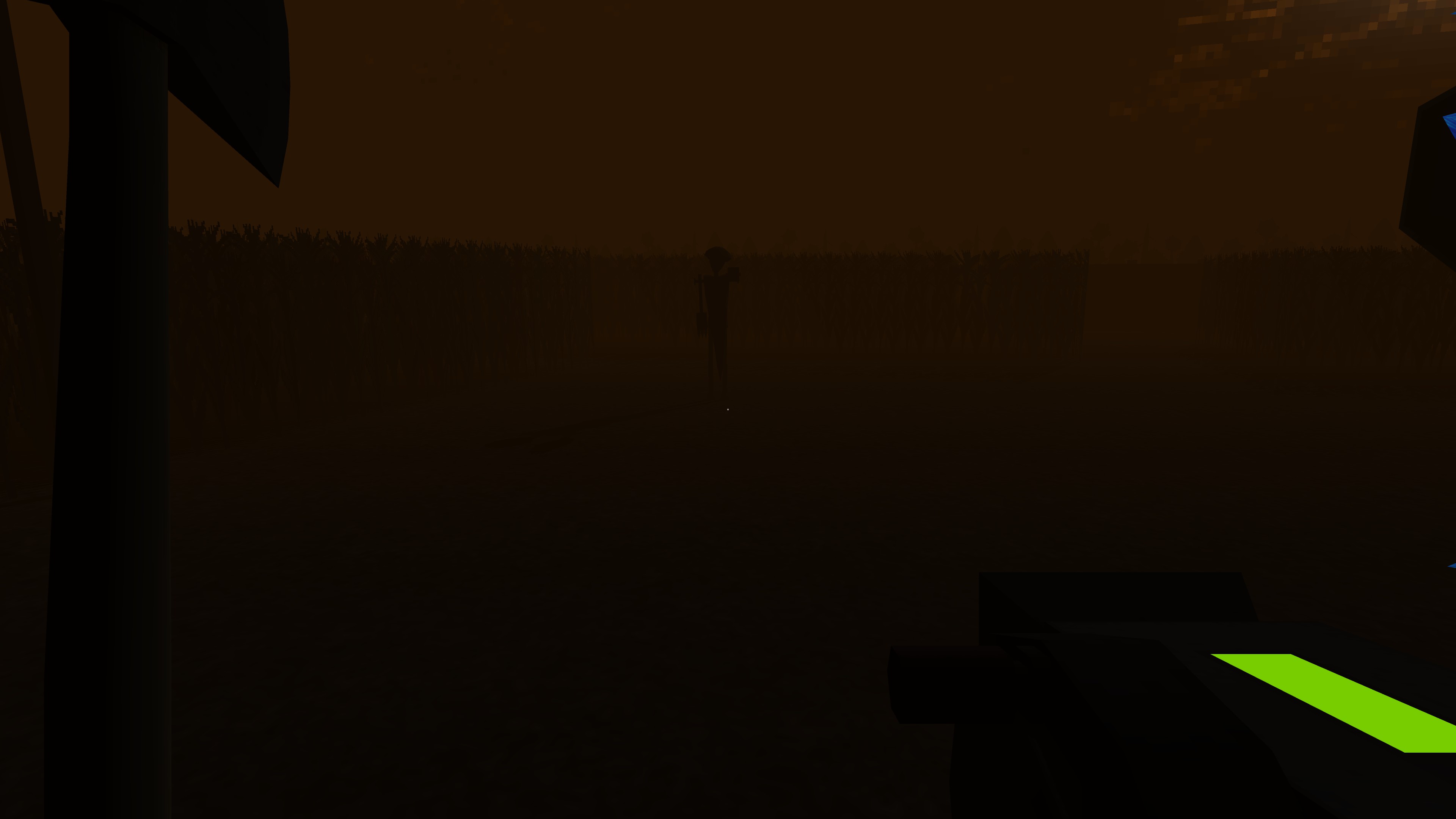 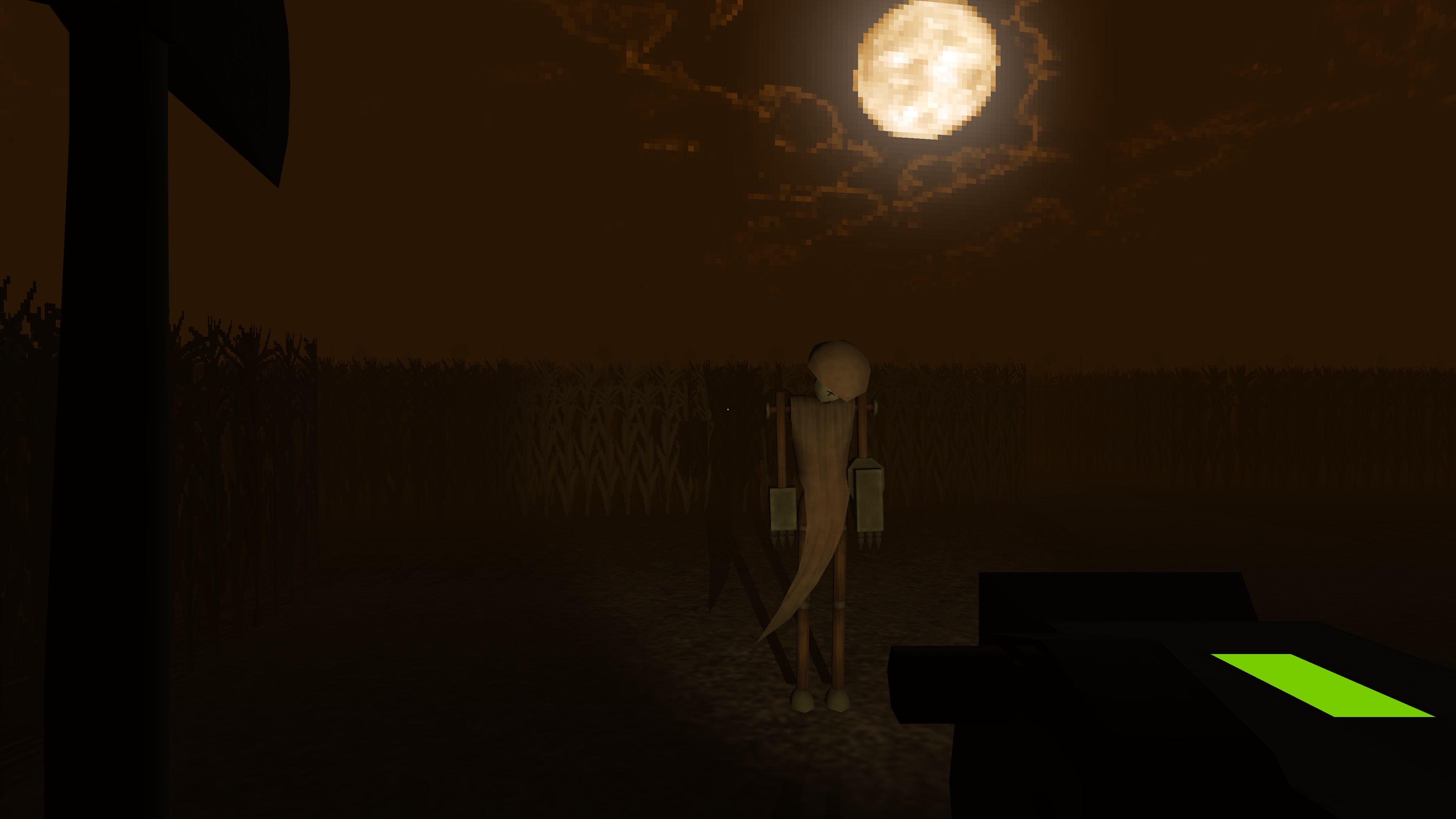 The exit has it’s own area, almost like a weed. It has a big open area with a blue circle in the middle of it. If you try to get to the exit but not all of the weeds are destroyed, it is covered in vines and you are not allowed to leave. 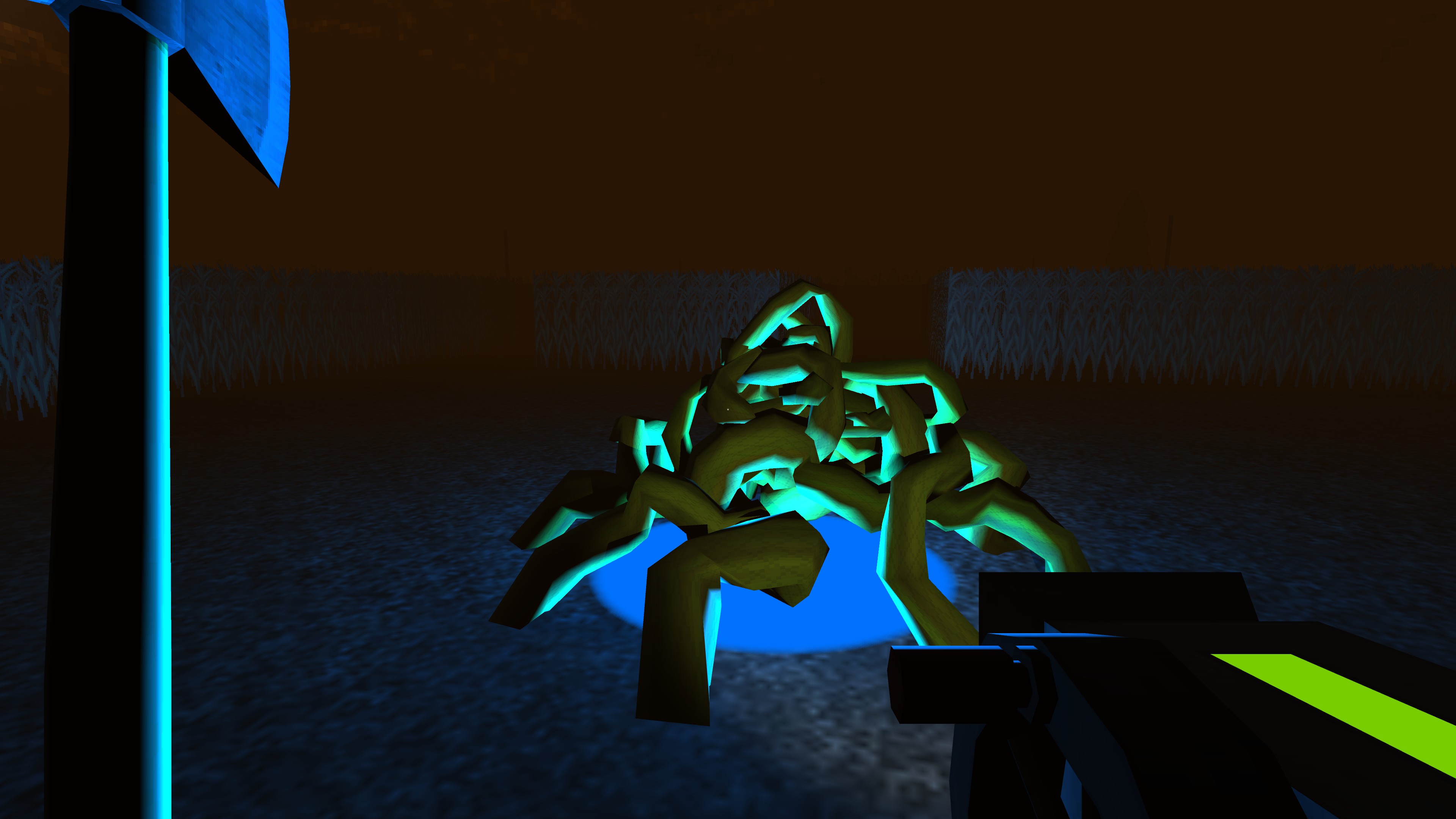 Upon destroying all the weeds, the exit has a big blue beacon that glows in the sky. The exit also makes an audible noise when you are near, fall into the big blue hole and you win. 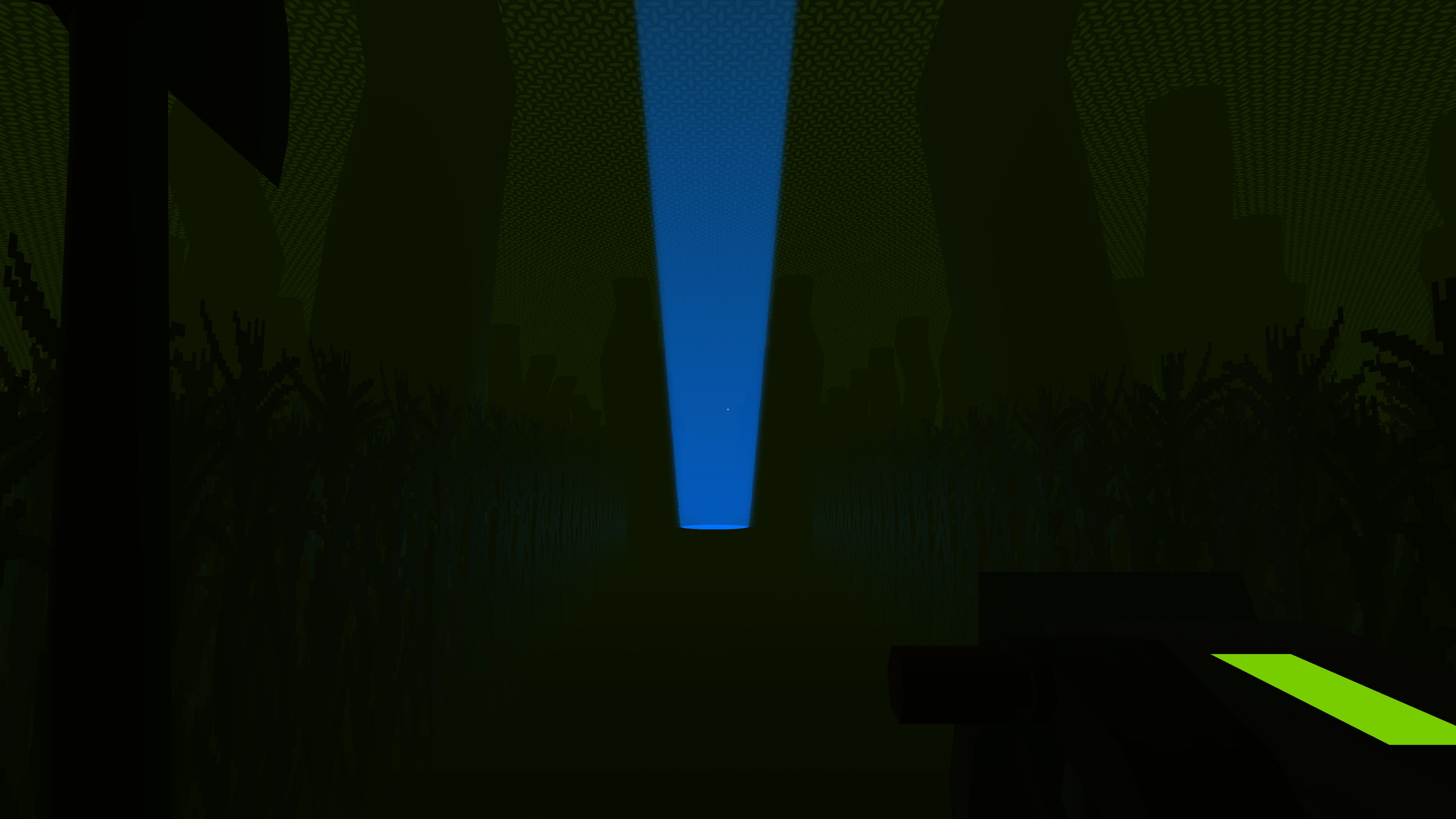 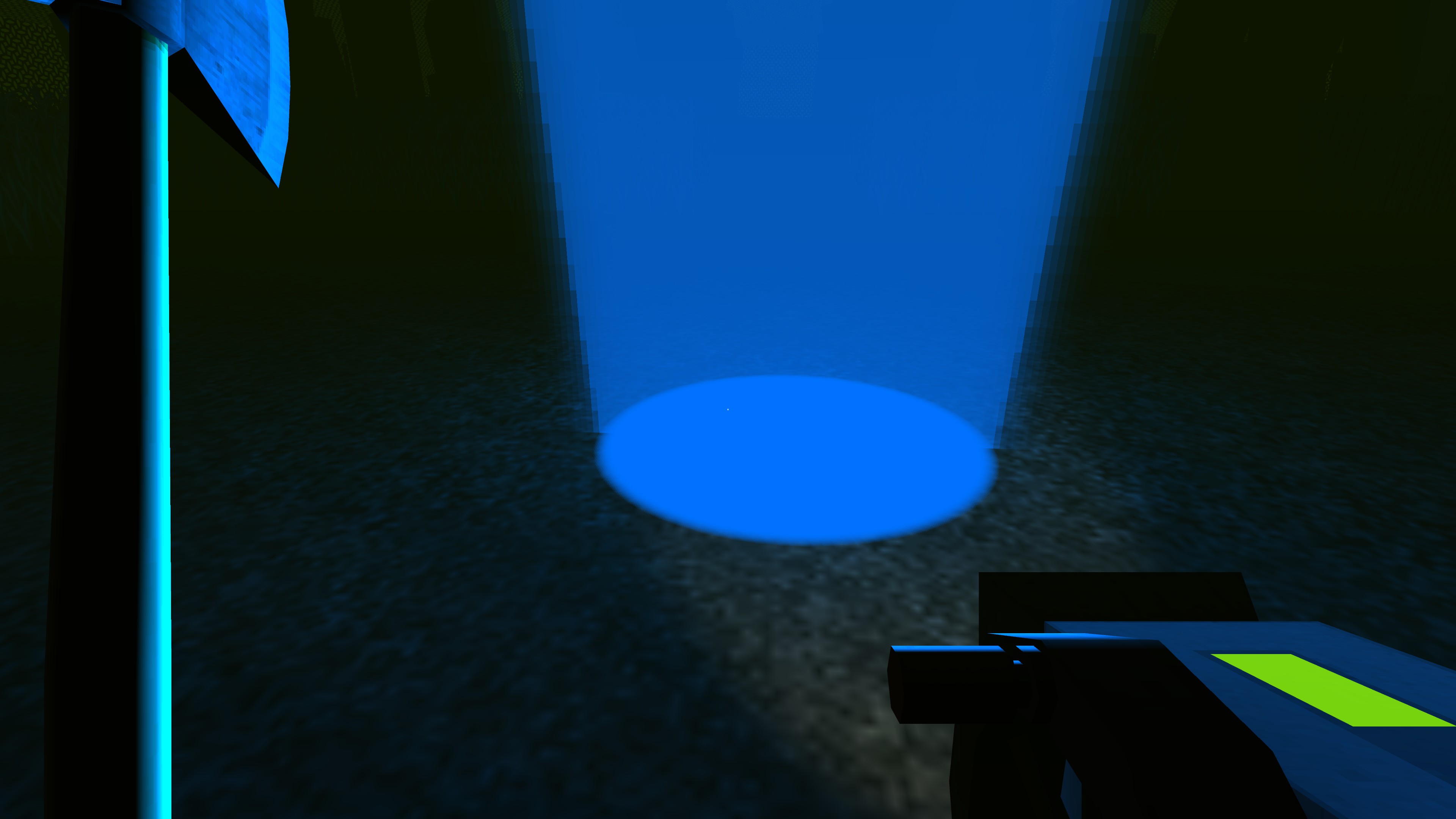 Hope you enjoy the post for Zardy’s Maze A Guide, If you think we should update the post or something is wrong please let us know via comment and we will fix it how fast as possible! Thank you and have a great day!