Looking for tips & tricks that can save you hours of time? Well then, you’re in luck! This guide will tell you just that.

We’ll jump right into this guide with some handy tricks for hunting. These tips mainly work for elk herds, but may be applicable to other prey items as well.

This may seem like a given- of course targeting weak prey is a good idea! However, the real tricky part is how you identify a weak prey item, without having to bite every elk one by one. This will teach you how!


Step 1 – Pay close attention to the elk herd as you approach it.

Step 2 – If it doesn’t immediately begin to flee, start intimidating it with growls and aggressive gestures.

Step 3 – Take notice of the first elk to start running from you, and lock your camera onto it.

Step 4 – Target that elk. 99% of the time, it will be on low health already and you’ll have a quick and easy meal.


If the elk, for some reason, is not at half health or lower, try switching targets to either a calf (if it’s springtime) or one that appears to be lagging behind. However, the first elk to flee is usually among the weakest in the herd, so you may be better off continuing to target it even if it isn’t particularly low.

When you locate an elk herd or mule deer, it’s best to try to chase your target in the general direction of your den in order to have easier access to it- and, assuming your den is near the center of your territory, to make sure it doesn’t run into stranger wolf territory. You can do this by following these steps:

Step 2 – Circle around the prey, giving it a very wide berth. If you don’t, you’ll likely scare it in the wrong direction.

Step 3 – Turn to face it once you’ve positioned the prey between your wolf and your den.


If your prey tries to turn in the wrong direction, angle your wolf to block it and make it turn back in the direction of your den.

Water is a huge nuisance when you’re attempting to make a kill, and for this reason, I will ALWAYS recommend that you avoid it at all costs. Hunting near water is extremely frustrating unless you’re particularly skilled with chasing your prey in a specific direction, because if you aren’t, the prey seems to always run across the river, where you’re much slower than it and also incapable of biting it. It’s more efficient to give up the hunt and search somewhere else if your prey runs into a deep section of a river or lake unless you’re really starving.

Ah, territory marking- one of the most painstaking and time consuming parts of the game. While marking territory will always be somewhat painful, these tips & tricks should be able to potentially save you hours of hard, boring work to create your territory.

You may have heard of this before, but it truly is very efficient. When claiming territory, the most effective and least difficult amount of hexes to claim is the hex that your den is on, plus two hexes on every side of it.


The devs have confirmed in a devblog that a two-hex buffer is ideal for keeping stranger wolves away from your pups, and many people (myself included) use this method when claiming territory.

The Most Efficient Method

This particular tip was one that sparked the idea to even create this guide in the first place, and I highly recommend that you follow it. It’s saved me loads of time that I would usually spend reinforcing and re-reinforcing my territory, but may be rather difficult to understand. Here’s how you do it.


Step 1 – Go to an outermost hex of your territory.

Step 2 – Position yourself close to the edge of the hex that faces your den.

Step 3 – Turn your wolf so that you face in a direction parallel to the outer edge of the hex you are currently in.

Step 3 – Run straight in that direction.

Step 4 – Every time you enter a new hex, press P twice to create a scent marking.

Step 5 – Repeat this process for every side of your territory.


Voila, you now have every hex in your territory marked to 100% (except for the centermost hex, which you can easily fix)! It’s quite difficult to explain this process, but what the trick essentially does is it enables you to run through way more hexes than you would be able to in any other position. If it’s difficult to understand this, I have included a picture below of where your wolf should be facing at the beginning of this method. 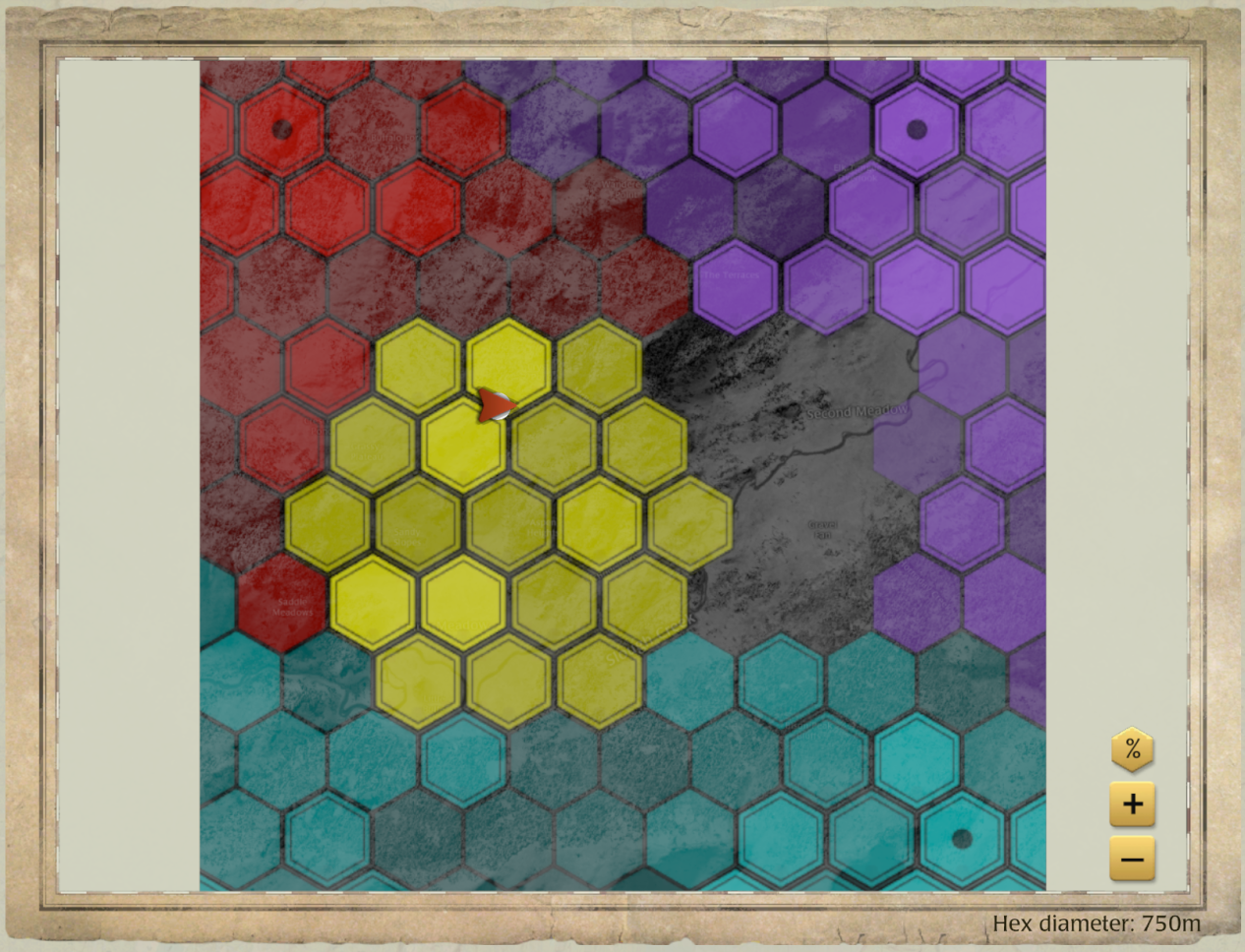 Here’s a useful tip for all of you out there: when you’re attempting to complete the “Establish Territory” quest in Slough Creek, do not sleep. At all. Until your pups are born. The reason for this is because when you sleep, you often wake up to the strength of your territory hexes having deteriorated significantly, meaning that you’ll need to go back and re-mark them before your pups are born if you want to have a sufficient territory. You also generally have no need to sleep during this quest, as you don’t usually need to hunt or get involved in very much conflict to complete it. Once you choose a den and your pups are born, your hunger and wakefulness will automatically be refilled.

Alas, most of the tips that I have compiled have to do with territory marking and hunting- however, there are still a few more that I’ve thrown in here. They may not be quite as useful as some of the others in here, but still worth checking out.

This one is pretty simple. The “Good Memory” perk, which unlocks at age 5, is simply not worth it. You’re much better off getting any other perk, because you can easily use an online guide (of which there are many) that shows you everything that the Good Memory perk would.

In Spring, Only Hunt Newborns

Once spring rolls around and your pups hit 15 pounds, they will be able to eat newborn ungulates that you bring back for them. At this point, there’s no reason to hunt elk that are in herds. The reason for this is because newborn ungulates are practically everywhere, and once you learn a good strategy for finding them quickly, both you and your pups can live solely off of them until they hit 20 pounds.


Other than that, there are no more tips that I have to share! I hope that these help you; if they do, perhaps consider leaving a review! I’ll update this whenever I come up with more tips.

Here we come to an end for WolfQuest: Anniversary Edition Ultimate Guide to WolfQuest (Tips & Tricks) hope you enjoy it. If you think we forget something to include or we should make an update to the post let us know via comment, and we will fix it asap! Thanks and have a great day!