If you are interested in War Thunder’s French tree, this is the guide for you. In this guide, I’ll go through each rank in the tree and share what lineups I believe are most effective. Though a minor tree, the French tree offers unique features that make playing this tree worth it to those that play it. These unique features being oscillating turrets and auto loaders.


Auto loaders are a mechanic many French tanks have that gives them an edge in battle. As the name suggests, auto loaders provide the job of reloading shells into a tank to a machine rather than the crew. In many cases this results in tanks that reload quickly, allowing you to out reload your opponents. This can come with a downfall however, as you are unable to upgrade your reload time using crew points as you would be able to with tanks that use conventional methods of reloading. At the very least, playing a French tank with an auto loader gives you a consistent reload, a quick reload that is unaffected by crew members being taken out.


Oscillating turrets are also a helpful feature many French tanks have as they allow for more elevation and depression of the gun. Also, oscillating turrets typically weigh less than and provide a lower profile than your average turret, making them useful on light vehicles such as the AMX-13 and Panhard EBR series that depend on speed and elusiveness to be successful. 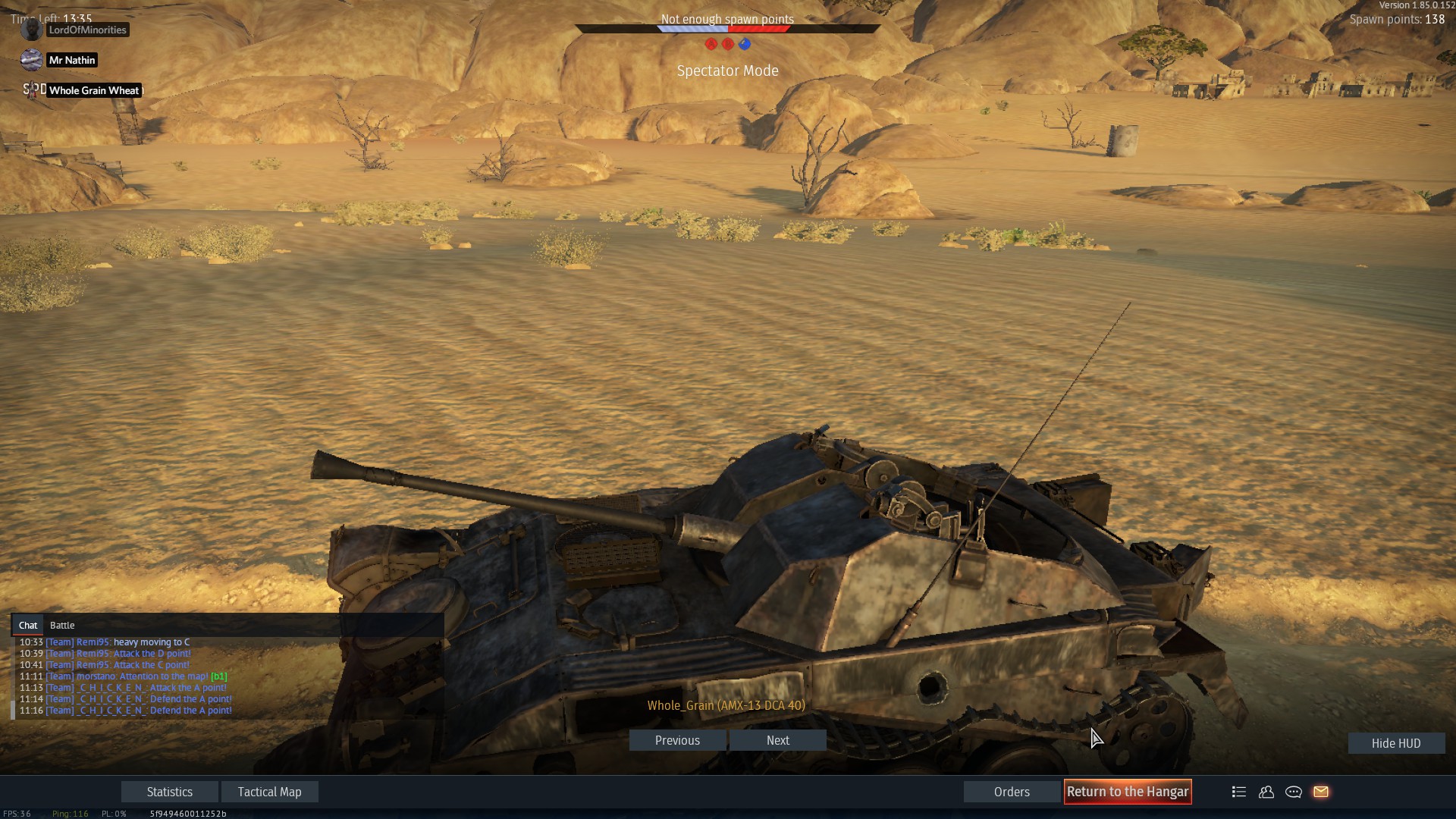 
When creating line ups, it helps to center it around one vehicle and one battle ratting. In the case of this rank one line up, it is centered around the Char D2, also known as the “Mini Bis”. Someone starting new in War Thunder or is starting out grinding a new tree will likely not have as many crew slots as I do in the picture shown above. Centering a line up around one vehicle with other vehicles to support that one vehicle is the primary way I created my lineups as I progressed through the tree.


Adding planes to your line up should involve adding various planes from the three types of planes in the game, fighters, attackers, and bombers. In this 1.3 line up I use a fighter and a bomber. By doing this you can better budget your spawn points. If you do not have the crew slots to bring multiple planes try to think of what role you are best at when playing air or what you think your team will need the most. Examples include air superiority and close air support.


The line ups chosen for rank four and five are only separated by one BR bracket, because of this these vehicles can be swapped around and the line up will still do well. The vehicles at these BRs are some of the best in the tree and are most exemplative of what makes France a great tree in War Thunder.


If you are this far in the game you probably don’t need this, but here it is.

This is all for War Thunder French plane and tank lineups – realistic battle hope you enjoy the post. If you believe we forget or we should update the post please let us know via comment, we will try our best to fix how fast is possible! Have a great day!