Version 0.5 adds an Arcana for Hellfire that causes explosions on hit. We can now create more explosions on screen than ever before!

First, we pick Cavallo because he gets +3 projectiles and he spawns with Cherry Bombs that also explode. We then need to pursue the following mandatory items:

The rest of the build honestly doesn’t matter much. Swap in and out whatever items you want. The 3 weapons Cherry Bomb, No Future, and Hellfire will cause so many explosions you might go epileptic. Almost nothing can touch you.

Honestly this build has tons of alternate possibilities. Add in anything else you want as long as it is projectile based. I went for Death Spiral because a new Arcana called Slash allows for crits on bladed weapons. Does a lot of damage as well. But really… This build is all about the fireworks right? 🙂 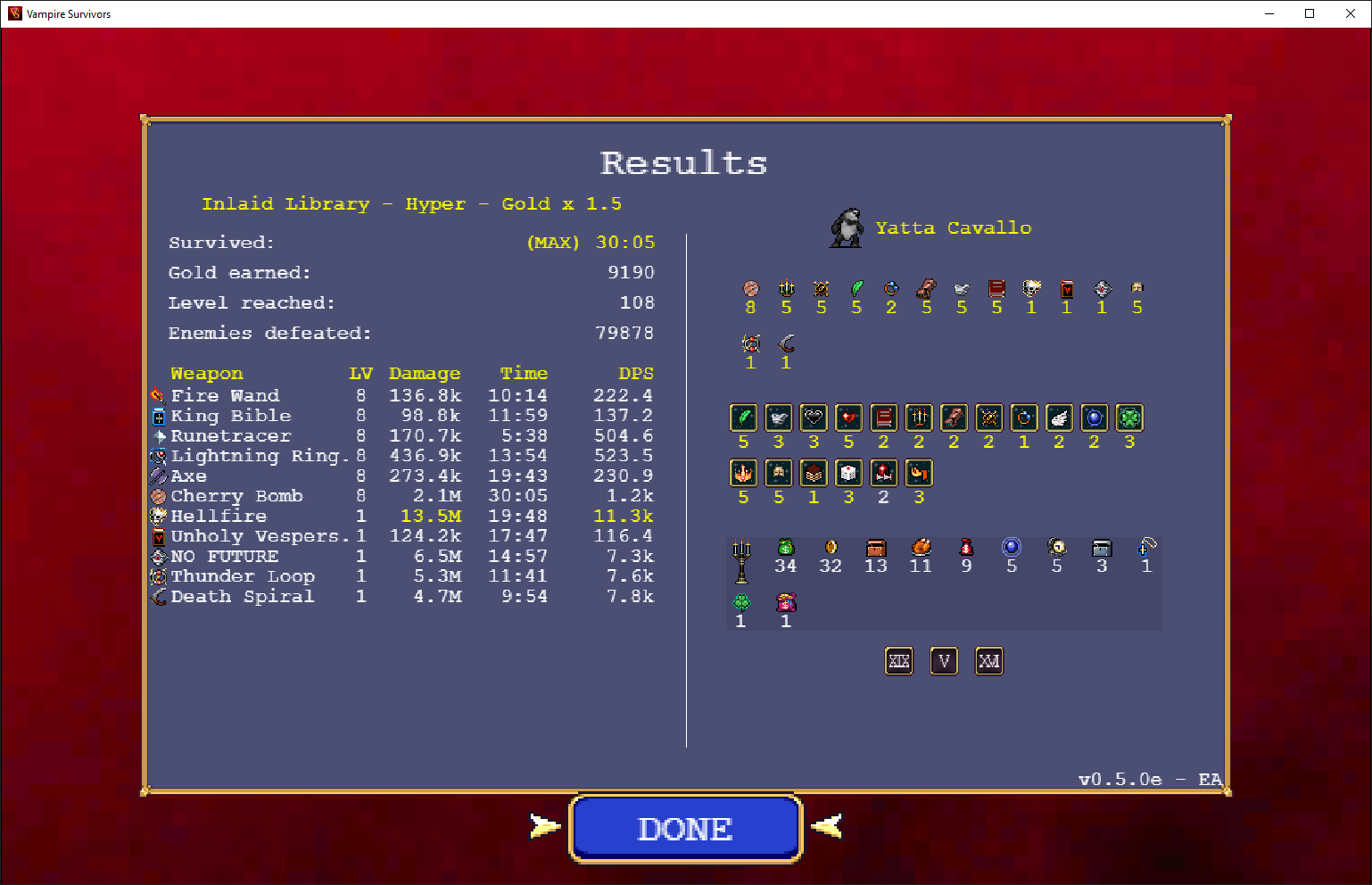 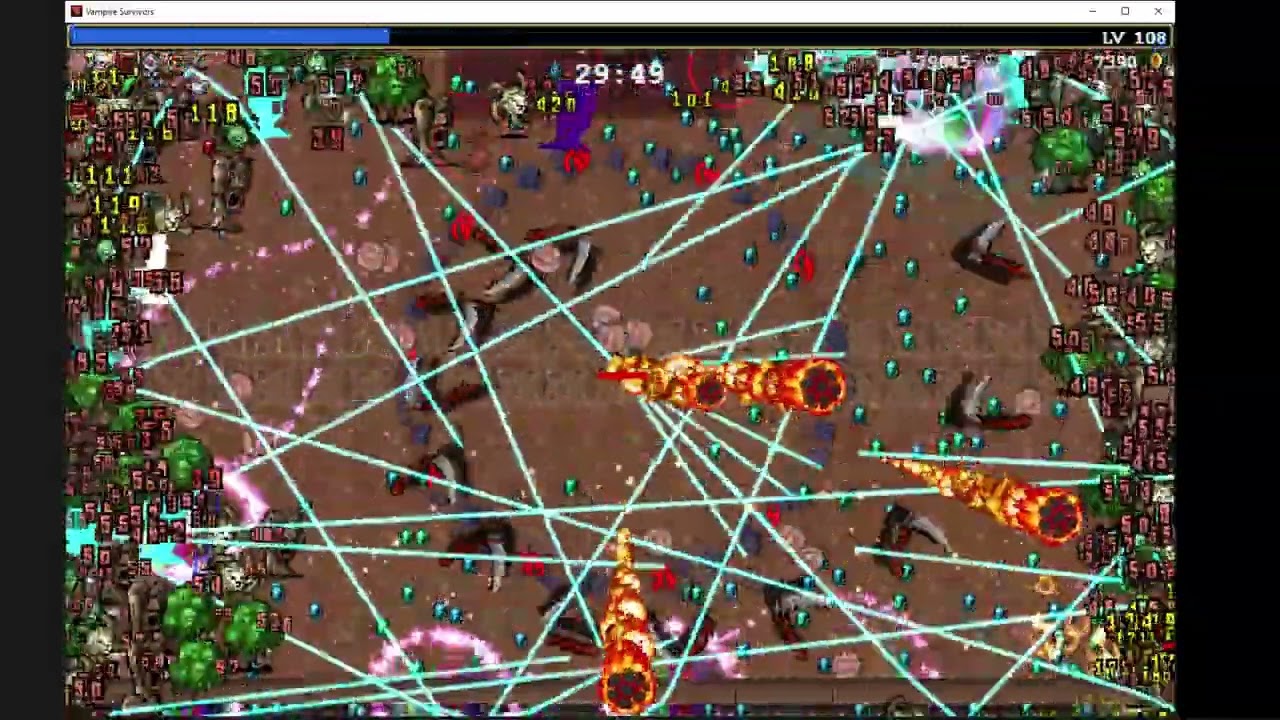 Here we come to an end for Vampire Survivors Ultimate Arcana Hellfire Explosion Panda Bear Build hope you enjoy it. If you think we forget something to include or we should make an update to the post let us know via comment, and we will fix it asap! Thanks and have a great day!