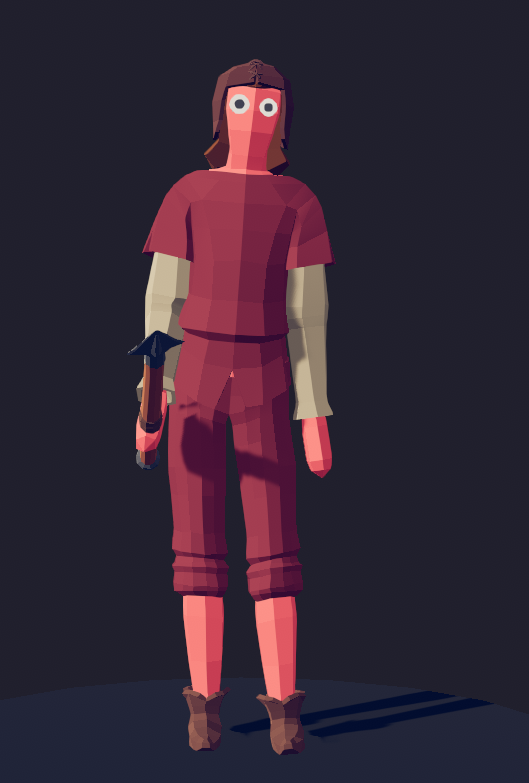 The Conscript is the first and cheapest unit in Medieval Expanded, costing only 70. It wears simple clothing and a leather hat.

The Conscript has low everything. Low health, low (ish) damage, low attack speed, and low cost. The only thing that isn’t low is its spammability, allowing you to place down a lot of them, since they cost less than a Squire.

The Conscript is only really effective in swarms and combined with other units. Its spear has decent range that can outrange and preemptively strike similar units such as Clubbers and Farmers, but a miss leaves them open to retaliation. Groups are pretty much indefensible against for enemy units due to both the range and the spears coming from all directions, plus groups will cover any individual Conscript if it misses. They are weak to crowd control units and ranged ones however. 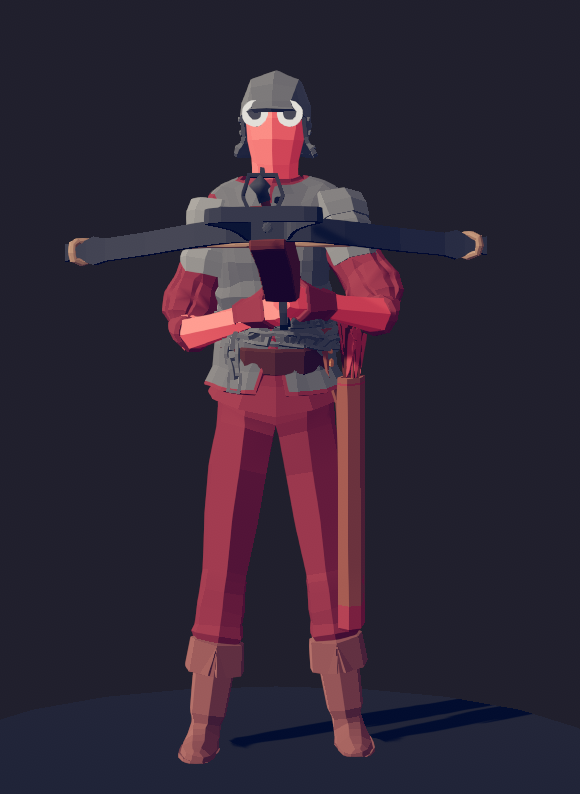 The Crossbowman is a ranged unit wearing a metal breastplate, helmet and shoulder guards, some basic clothing, a quiver, and a crossbow.

The Crossbowman at first glance is a clone of the Archer, but there are several distances. They have slightly higher health than Archers, along with a higher cost (nearly twice as much). Their crossbows reload slower than an Archer’s bow, but have a smaller firing delay (in a 1v1, a crossbowman will always get the first hit) and more damage. 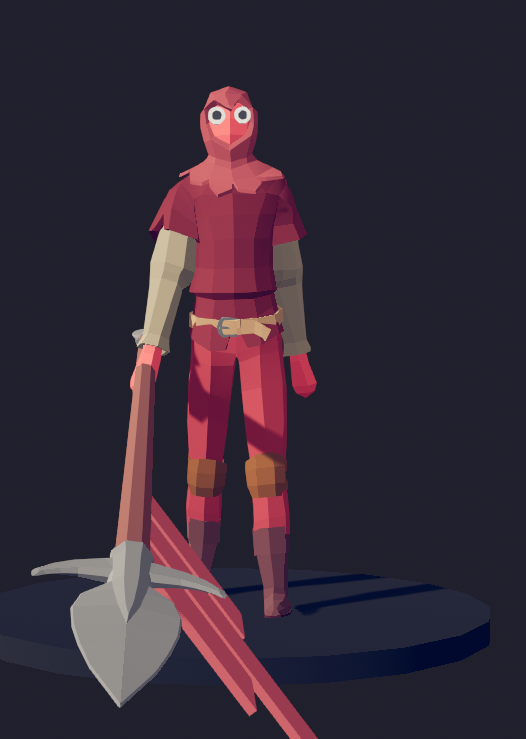 The Billman is the third unit in Medieval Expanded, costing just over 300. It wears simple clothing with a hood, and carries a pretty long spear.

Billmen act as polearm units, stabbing other melee units over a distance that is difficult to retaliate. Their spears reach further than a Sarissa, however they are too large to put a Billman directly behind a unit, so put them behind the gaps in your frontline. They have fairly average health and movement speed, with good attack damage.

Billmen are quite effective against unshielded melee units. Their spear strikes in a fairly erratic pattern, making it difficult to defend, however it also can’t hit around a unit’s shield. Combining them with groups of Conscripts also is effective; the Conscripts tie enemies down in melee while the Billmen deal damage to take them out. Billmen however are subpar without protection against ranged units or nearby melee units, which they cannot defend against. 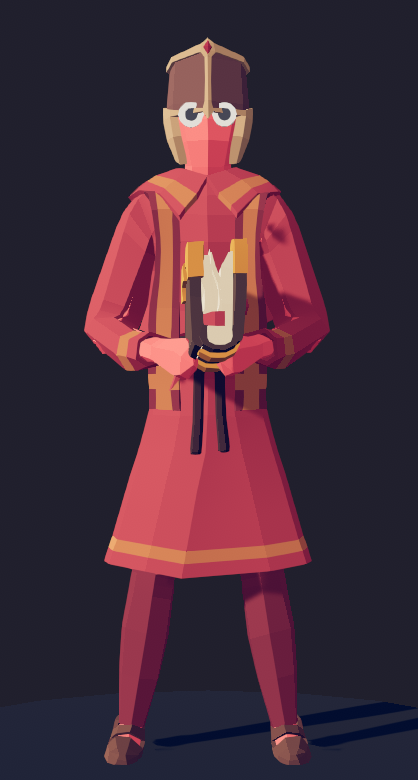 The Cleric is the fourth and most expensive unit in Medieval Expanded, costing 500 to place. A Cleric wears robes and a hat, and carries what is either a Wobbly Bible or 101 Ways to Avoid Combat.

The Cleric has abysmal health, and pretty much anything will kill it. However, it really shines with its attack method. The Cleric fires a light beam at opponents, dealing moderate damage with a fairly fast recharge. This attack will ignore shields or other defensive measures, making it excellent for dealing with shield units, Knights, and similar.

The Cleric should be used sparingly. Despite its auto-hitting attack, it is also very fragile and weak to ranged units. In combat, it is great for supporting other ranged units with higher DPS; a good example is how it can quickly take down the Shield Bearers in a phalanx formation, leaving the Sarissas behind them open to fire from Archers. Multiple Clerics on a target can deal very high DPS.

Hope you enjoy the post for Totally Accurate Battle Simulator Medieval Expanded Faction, If you think we should update the post or something is wrong please let us know via comment and we will fix it how fast as possible! Thank you and have a great day!