This is a modified, end-game version of the earlier Euphoria build that’s designed for NG+ when you have more skill points available.

The biggest change is that you should have unlocked 3-4 of your additional skill slots and have more skill points to put into extra combat and alchemy skills for even more damage, which is why we’re using a total of 10 combat skills.

Like with the previous Euphoria build, you’ll want to equip the Metabolic Control and Acquired Tolerance skills and ideally the Manticore Witcher gear set to maximize your toxicity before using up to five decoctions.

After this, switch out these two skills for Cat School Techniques and Rage Management, put on your regular gear, and start destroying everything in your path. 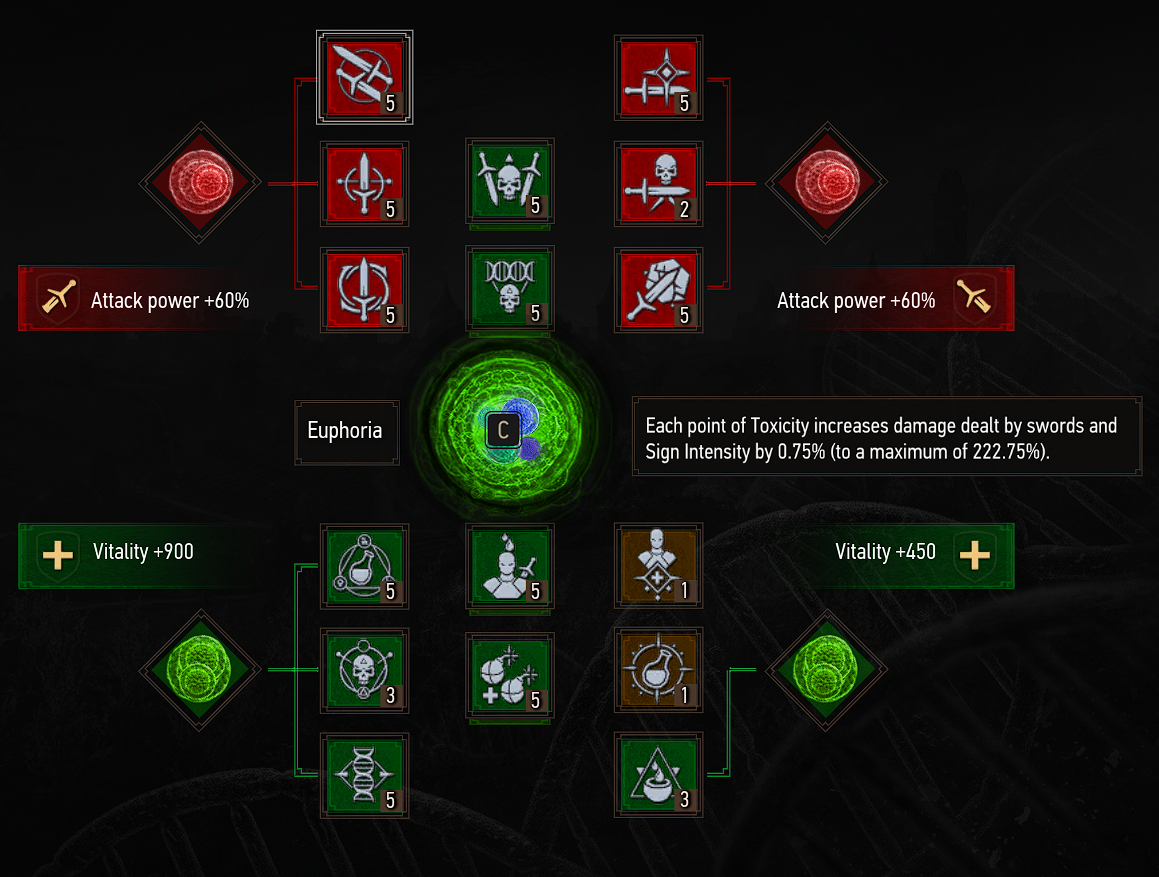 What can i change?

You can change for instance:

Which Armor is the best for this build?

Other Armors that are suitable:

Or every other armor, but if you want to play with Wolven set use Bomb abilities. 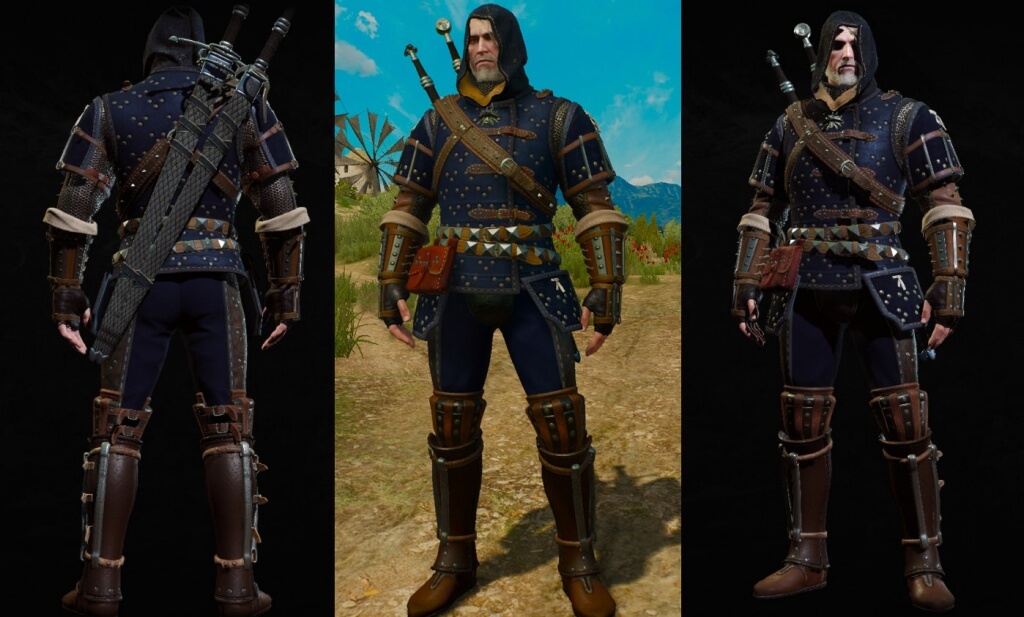 Choosing the best build id really up to you but here are some variants you might want to use:

Although you are only able to drink 3 decoctions at one time, this is a strong build when used with strong armor.

(You can also change Fast Attacks for Strong and vice versa) 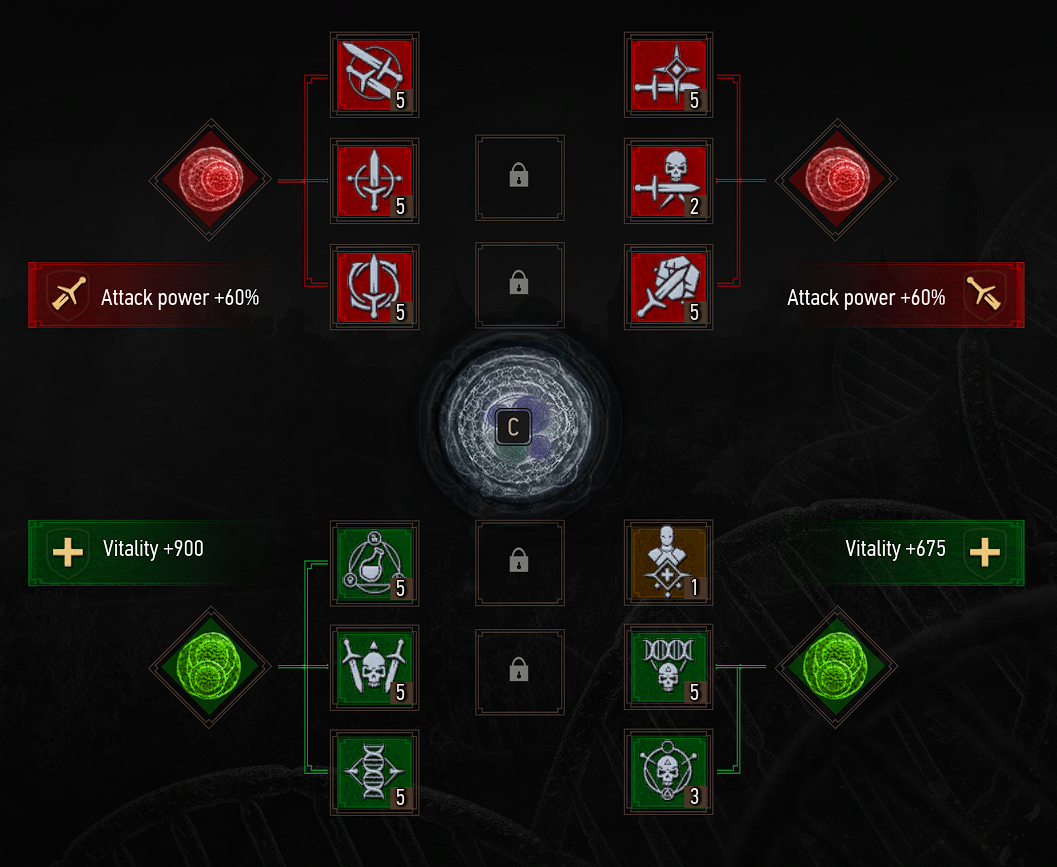 Another good choice for starting player. This build is generally used on the highest difficulties, as that’s where you really need to worry about the specifics of your build.

It takes a little bit from everything in Geralt’s arsenal, utilising fast attacks, the Quen Sign, lots of potions, and the Cat School Armour for extra damage.

Precise Blows: Increases chance of landing a critical attack with fast attacks and the damage they cause

Undying: When Vitality reaches 0, it will be restored with a bonus of 100%.

Exploding Shield: Quen pushes back enemies when it breaks and eventually deals damage. 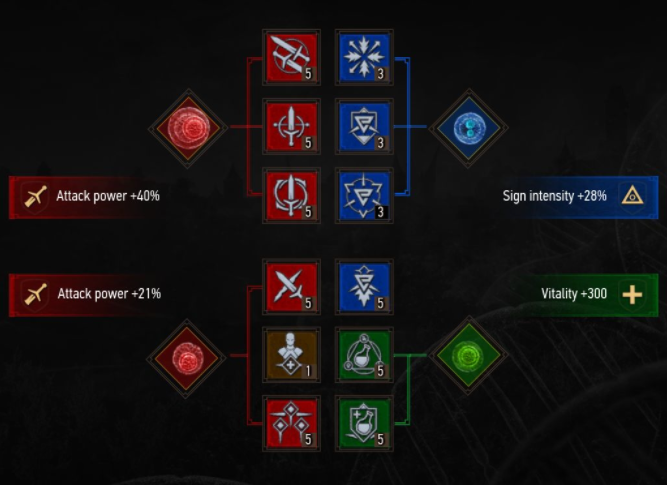 If you didn’t find what you were looking for, try this link:

I have listed here the best build but if you want something more interesting like freezing enemies or one-shooting people with crossbow, take a quick look on The Gamer.

What do i know you may create new build you will be obsessed with or build even stronger then the Euphoria one. 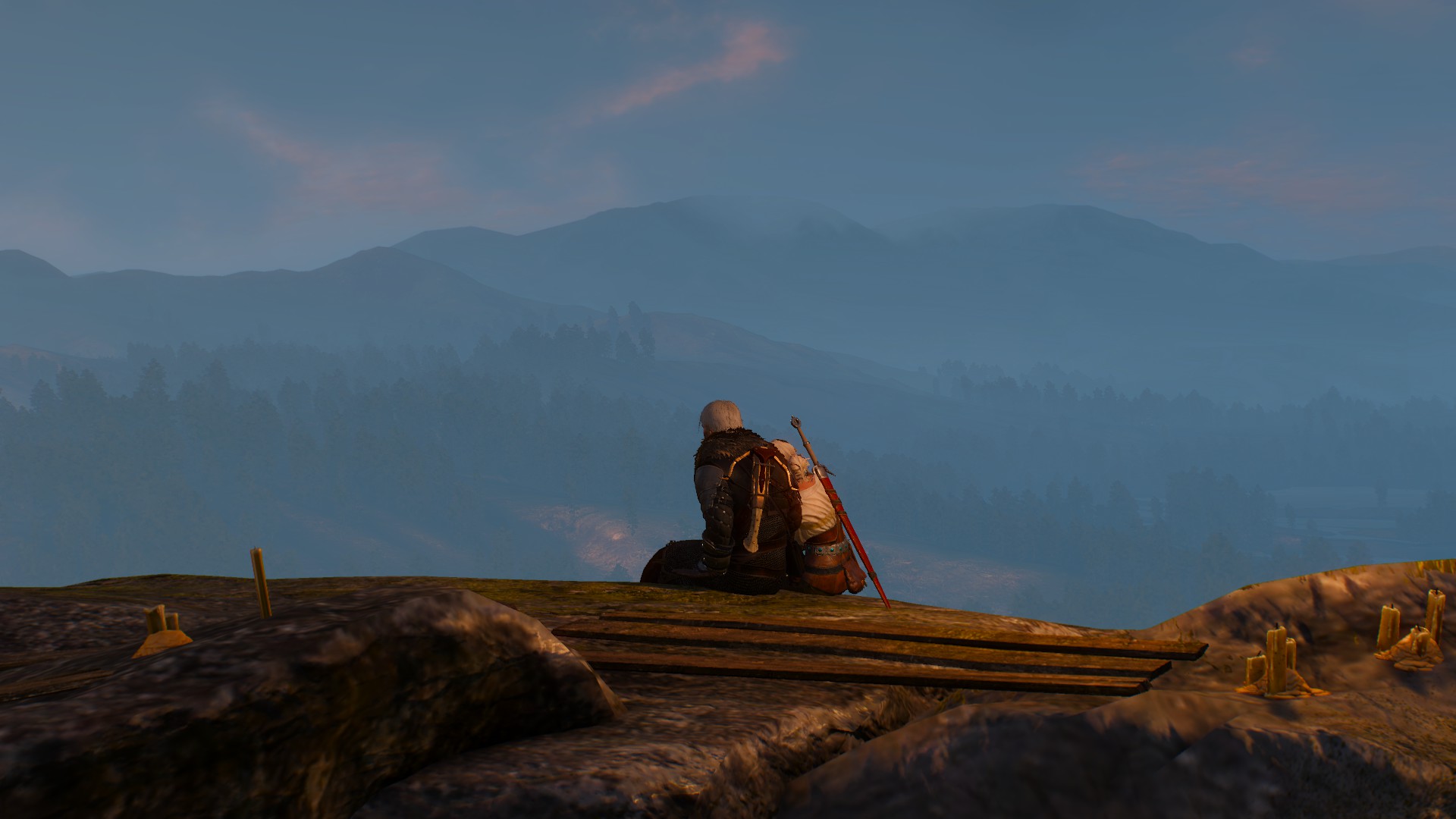 Hope you enjoy the post for The Witcher 3: Wild Hunt Best Build For NG+ + Armor & Classes, If you think we should update the post or something is wrong please let us know via comment and we will fix it how fast as possible! Thank you and have a great day!