I made it to 100 invasion kills (the end of unlocks/progression for invasion mode), with a W/L of roughly 100:6. Here is some food for thought, and tips on ruining other player’s days.

What is “Invasion” mode?

Invasion is a new mode added to SE5. Similar to Dark Souls, you drop into another player’s (or coop) game with the goal to make sure they stop having fun. You can check singleplayer vs coop by hitting escape, and counting how many players are present at the bottom-right.


Invasion mode is free to all players, and does not require anything to unlock.


You play as a German soldier, with the ability to (somewhat) customize cosmetics. You begin looking very similar to the average German, but can work your way up to a ghillie suit.


You do not need to play singleplayer or multiplayer to unlock anything for Invasions.

Loading screen tips tell you to pick outfits that blend in to the other german infantry, so Karl can’t tell who is AI and who is a player.


♥♥♥♥ that. That’s ♥♥♥♥♥♥♥ stupid. You’re the only Jaeger sprinting around the map with 3 guns. Your camouflage doesn’t matter and if you follow this guide, Karl won’t see you anyway.


Wear your best suit with the biggest medals until you unlock the last 2 outfits.

The only real “meat” to this guide.


The only 3 options for the Invader is a dinky French semi-automatic rifle, the chad Gewehr 43, and the thundercucker KAR98K.


But we are going to talk about rifles second, because they don’t matter.


The only weapons you need are submachine guns, and pure zerg energy.


The biggest mistake that Karl players make, is that they read “Sniper Elite” and they believe this game is about careful position, creeping about, marksmanship, and precision shooting at long range. They take an SMG with good mid-range performance as a just-in-case, and use their pistol as a suppressed weapon to dink AI.


That’s even dumber than trying to pick an outfit to “blend in with other Germans.”


Prioritize stats in this order: Recoil > Spray Accuracy > Damage > everything else. SE5 is a low HP game, so it’s more important to shoot Karl faster than he can shoot back, than it is to have the biggest stick in the fight.

Choose soft point ammo, and remember to switch to it as soon as the match starts! The inability to penetrate wood or metal helmets does not matter to the Jaeger. Karl doesn’t wear a helmet. And you should always be aiming center mass with the SMG anyway (or the testicles).


If you have to resort to your rifle, bullet speed and bullet drop are the most important factors. Karl is often on the move, and eliminating (or at least minimizing) the amount of speed and distance compensation required will significantly improve your ability to hit him. The semi-auto rifles do less damage than the KAR98K or Karl’s rifles, but they shoot much faster, which provides a similar benefit to that of SMGs: Tacticool LARP snipers aren’t ready for your hail of hate.


I recommend match ammo, and not using a suppressor. Stealth is an important tool to the Jaeger but not in the same way it is to Karl. Mounting a bayonet may save your life if you and Karl accidentally bump into each other while you have the wrong weapon out, but then again you should have had your SMG at the ready.


With the semi-auto rifles, I prioritize damage/range, and then aim stability. With the KAR98K, I prioritize rate of fire, then damage/range and stability. If you fully optimize for damage/range, you will suffer a very slow follow-up shot and extremely slow reloads. Even with a max damage Mauser, this game is incredibly dumb and fatal lung shots will “down” Karl instead of killing him. It is important to get your follow up shot ASAP before he can revive, crawl into cover, and or get saved by a COOP partner.

Soft points look good for the extreme damage, but with rifles you are more likely to be in situations where bushes, fences, and other obstacles need to be penetrated. Armor Piercing bullets are also a compelling option, as you can tag Karl with your binoculars (or scope) and then dome him through walls (seriously this is beyond broken stupid retarded. If you “empty lung,” your automatic bullet drop compensation will even guide your shots through walls, ensuring you blast Karl’s ♥♥♥♥ off through three layers of stone windmills and guarantee he doesn’t complete the achievement he was attempting before you invaded). I have been able to penetrate walls multiple times with Match Bullets, YMMV.


Again, make sure to switch ammo types as soon as a match starts.


Pistols are not a critical area of focus, but consider the possibility that you fat finger and scroll to the wrong weapon. You want to make sure your sidearm is ready!


The Luger maximized for damage and a drum mag is fine. It will kill Karl very quickly while guaranteeing “but muh authentic ww2 shooter” players cry about the abomination you shot them with.


In all seriousness, Invasions can be really fun or really ♥♥♥♥♥♥♥ frustrating. Generally you spawn very, very close to Karl (within 150m), and there will already be “alert” AI around looking for him. But maps like the first level of the game are awkwardly chunked into sections sectioned off by bushes and waist-high walls, so you might be 50m away from Karl on the map and 50km away from Karl in terms of the actual path to navigate to his location. Assuming he does not move before you get there.


It helps to learn the major objectives of each map, and what they look like before/after completion. If you spawn at the big radar device on the first map, for example, look and see if the radar is in tact or destroyed. If it still has patrolling soldiers, or dead bodies. This will tell you if Karl has already done this objective and has (or will) moved on, or if you need to search the immediate area for him.


You should also do your best to learn generally where AI are expected to be, so their presence (or absence) can alert you. On the fortified Chateau map, for example, there is a grain tower/barn with a German sniper; if you tag the sniper with your binoculars, you will know as soon as Karl shoots him – which means Karl is probably about to take up a position in that tower.


You have a powerful “Wake the ♥♥♥♥ up” ability as the sniper jaeger where you order the AI around you to be less brain dead. In addition to spotting Karl faster, they will share triangulation information with you if Karl is spotted or shoots too much. Always assume their triangulation is close, but Karl has moved before you can get there. Always approach suspected Karl positions with a wide berth, circle if possible to attack from a different angle than the AI.


Your grenades and mines probably won’t kill Karl. But grenades can flush him out of cover, and mines can alert you and will scare Karl.


On maps like level 1 or the bombed out city (I don’t know their names, I only invade, I haven’t touched the campaign at all), unfortunately you need to be very mobile as the Jaeger to hunt Karl down. On maps like Chateau or Hitler’s House, there is a large central building with a commanding view in all directions. On these maps, you want to tag AI with your binoculars in each direction around your position, and then wait for an AI to spot Karl or die and alert you where to look. Use mines on stair wells or high traffic hallways to ensure Karl doesn’t creep up on you in your own house.


You have aggressive ♥♥♥♥♥♥♥ scope glint, no matter if you are in doors, behind a window, or in pitch black darkness. While your rifle is a fine way to kill Karl, your binoculars are the better way to look for him. Binoculars will not give away your position but looking through your scope will warn Karls all over France.


Stealth is Karl’s primary tool. Yours is 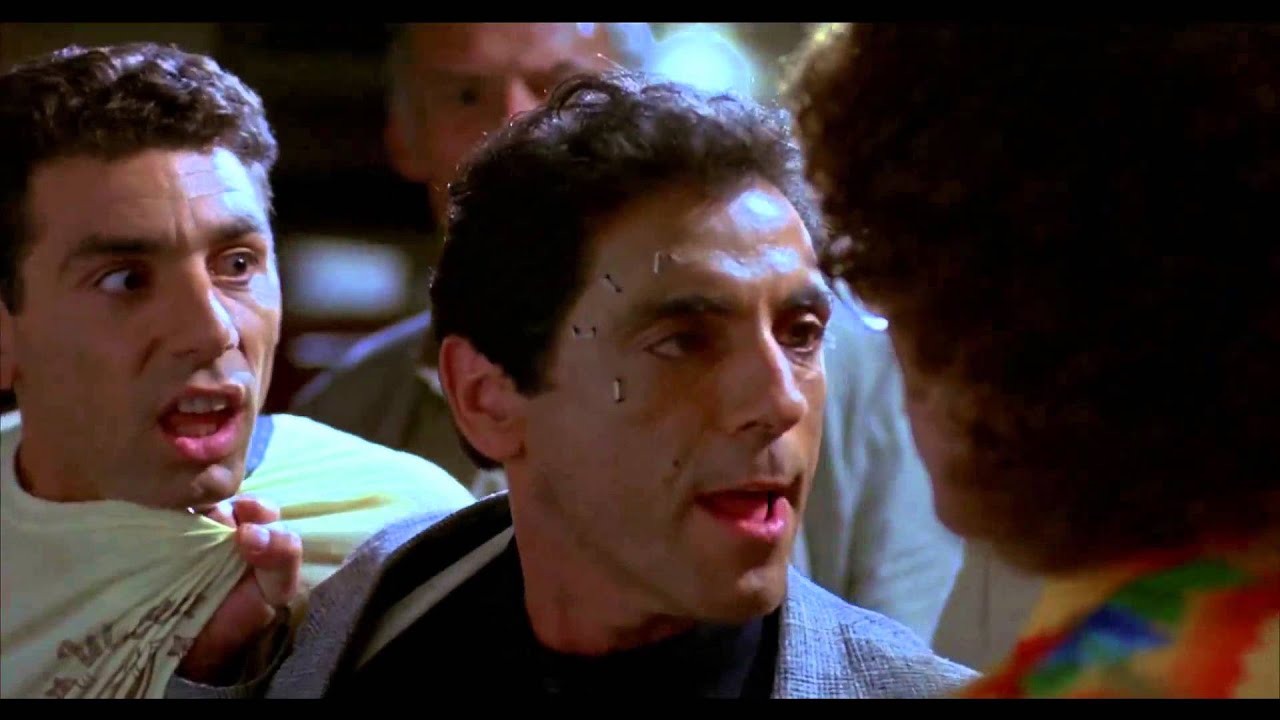 surprise. Karl is focused on creeping around, and has an entire German army to be on the lookout for. You have the freedom to sprint across the map, protected by the finest soldiers of the Vaderland. I mean, you can literally team up with Hitler to kill Karl in this game. He’s the highest ranking Vaderlander there is! Don’t be intimidated when your stalking path goes through a field of dead Germans – remember this means you are somewhere Karl thinks he has already cleared. And Karl is wrong. Step over your brothers and follow their trail right into Karl’s a*s. Make him beg Rebellion for a refund because his options are 1) only earn half as much XP 2) get shot in the ♥♥♥♥ by the Jaeger Sniper.


This is a third person game. It feels like dirty cheese, but remember that you can always peak around walls in complete safety. This is critical when searching around objects for Karl. He is probably doing the same thing trying to cheese AI anyway. Before turning a corner or charging an open field, always use your third person to look around first! You can often catch Karls creeping around with a third person spot and an aggressive SMG rush.

Hope you enjoy the post for Sniper Elite 5 Unlock & progression for invasion mode guide, If you think we should update the post or something is wrong please let us know via comment and we will fix it how fast as possible! Thank you and have a great day!